The gallery reopens to the public on Wednesday 1 July. Book a timed a reservation before your visit. 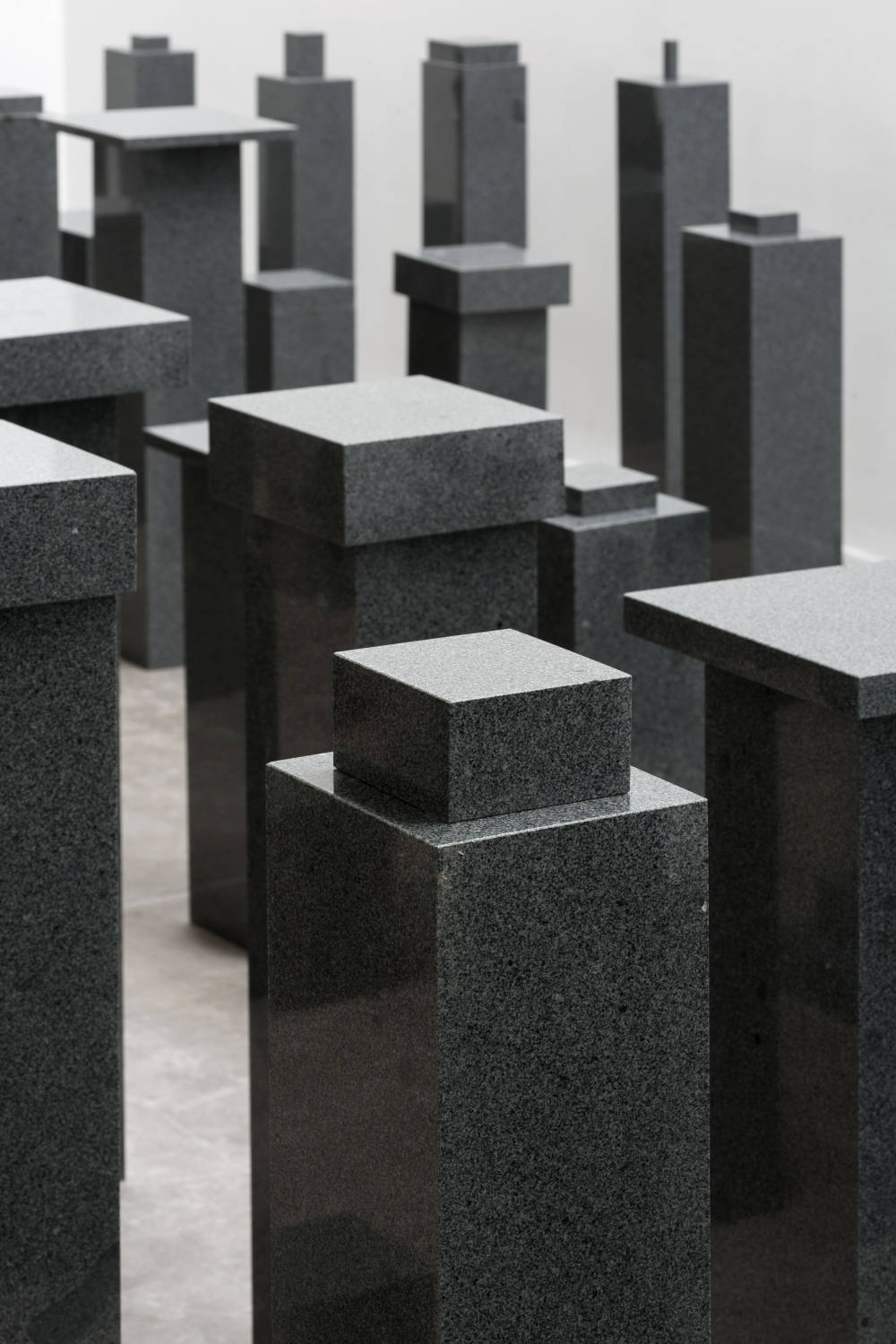 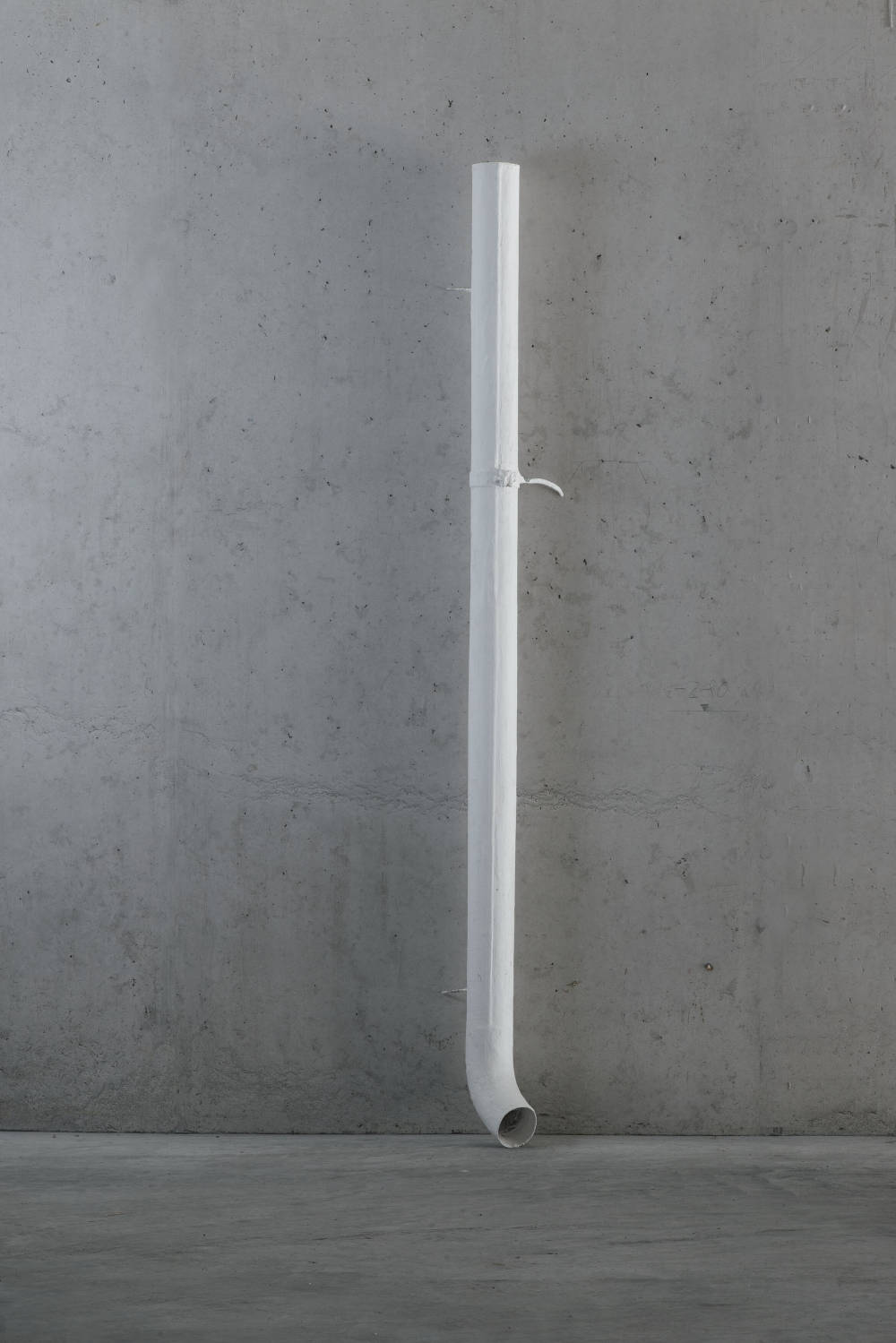 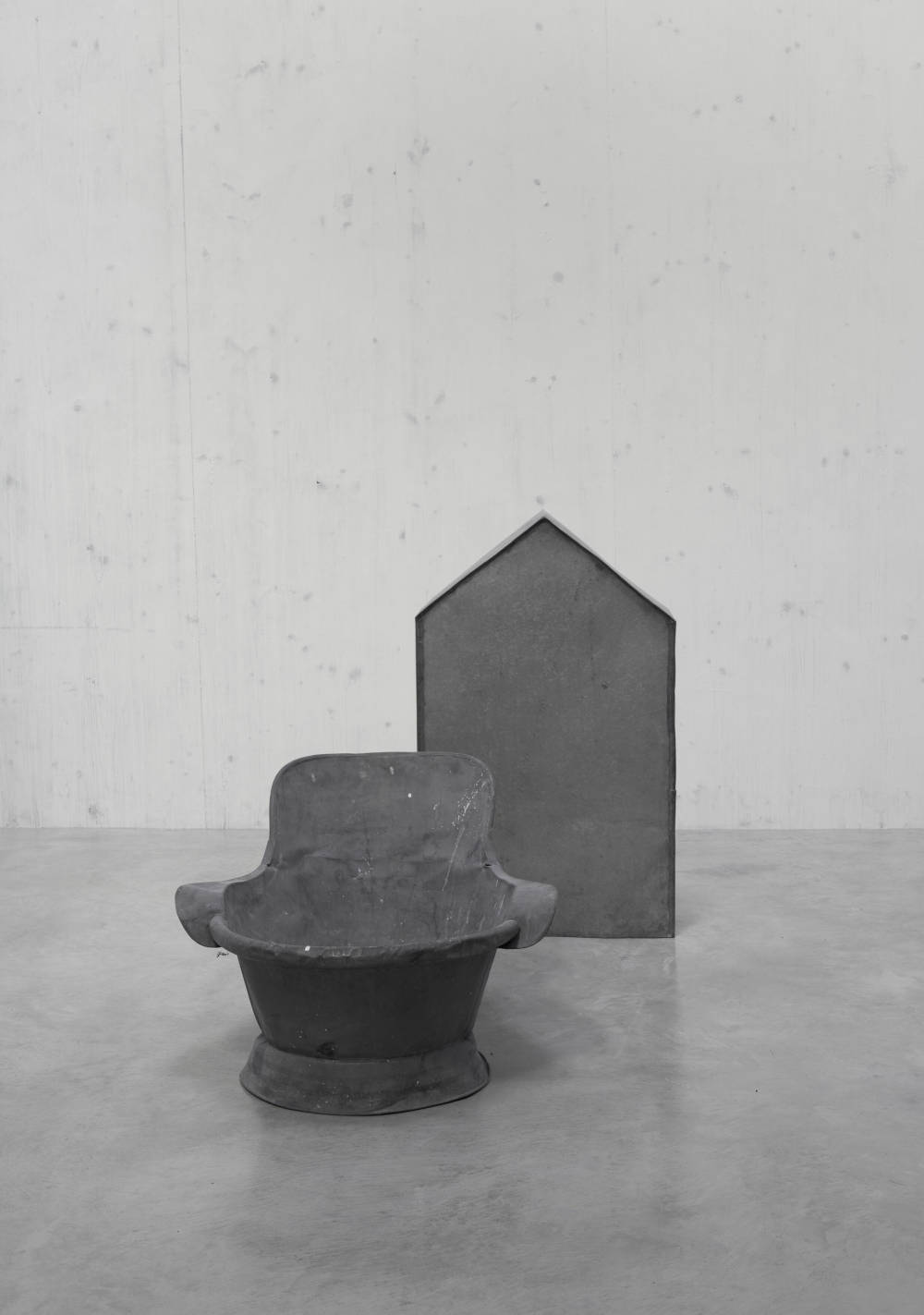 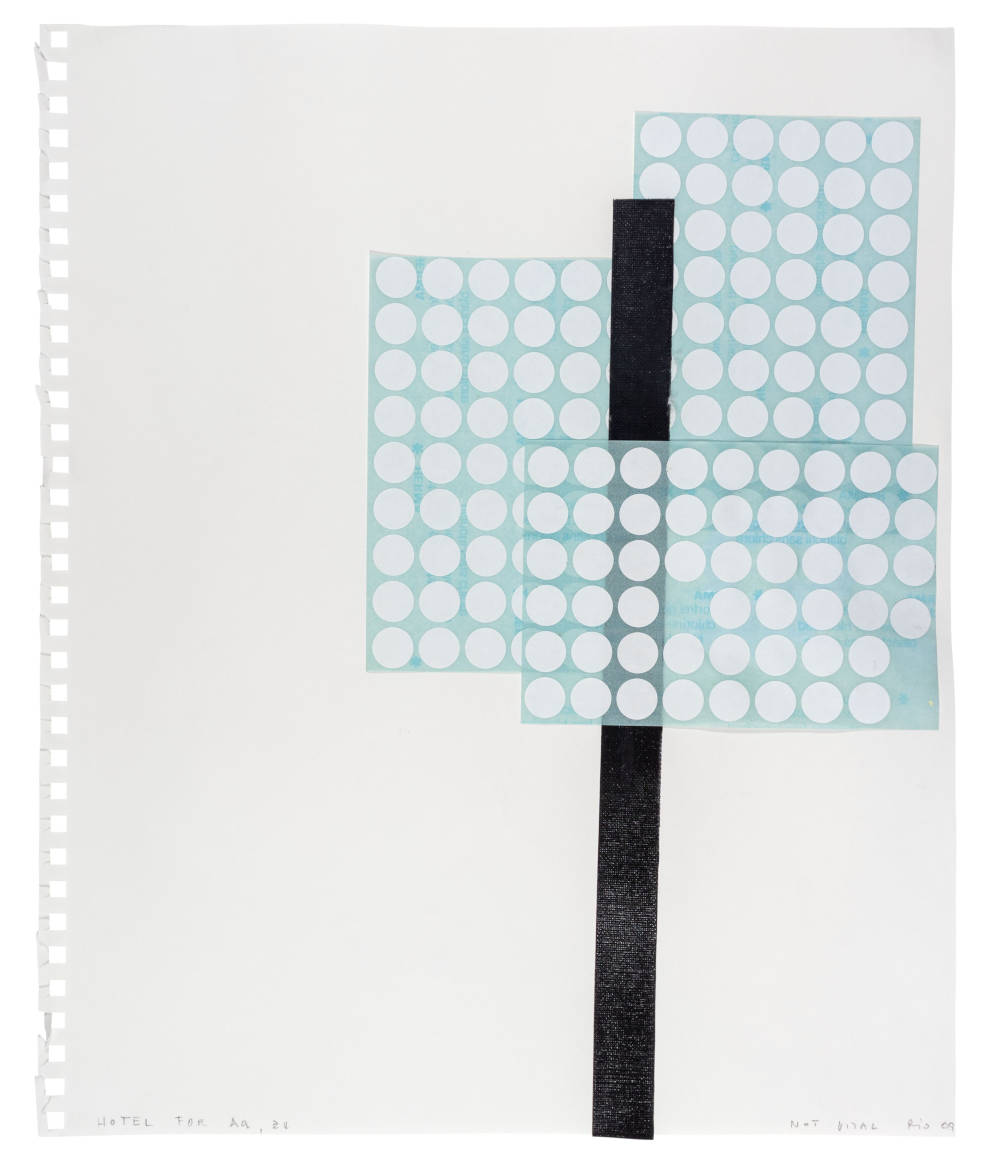 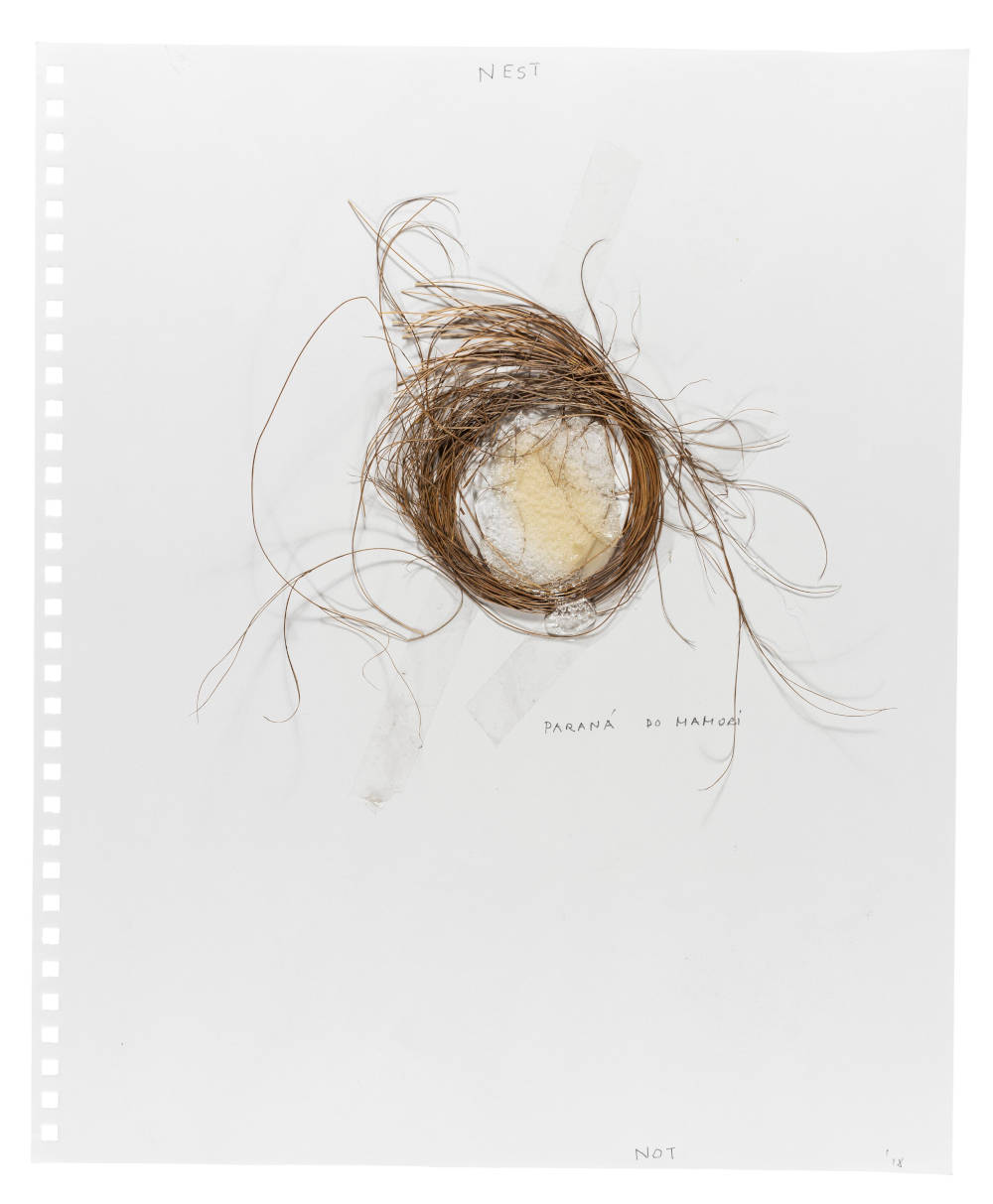 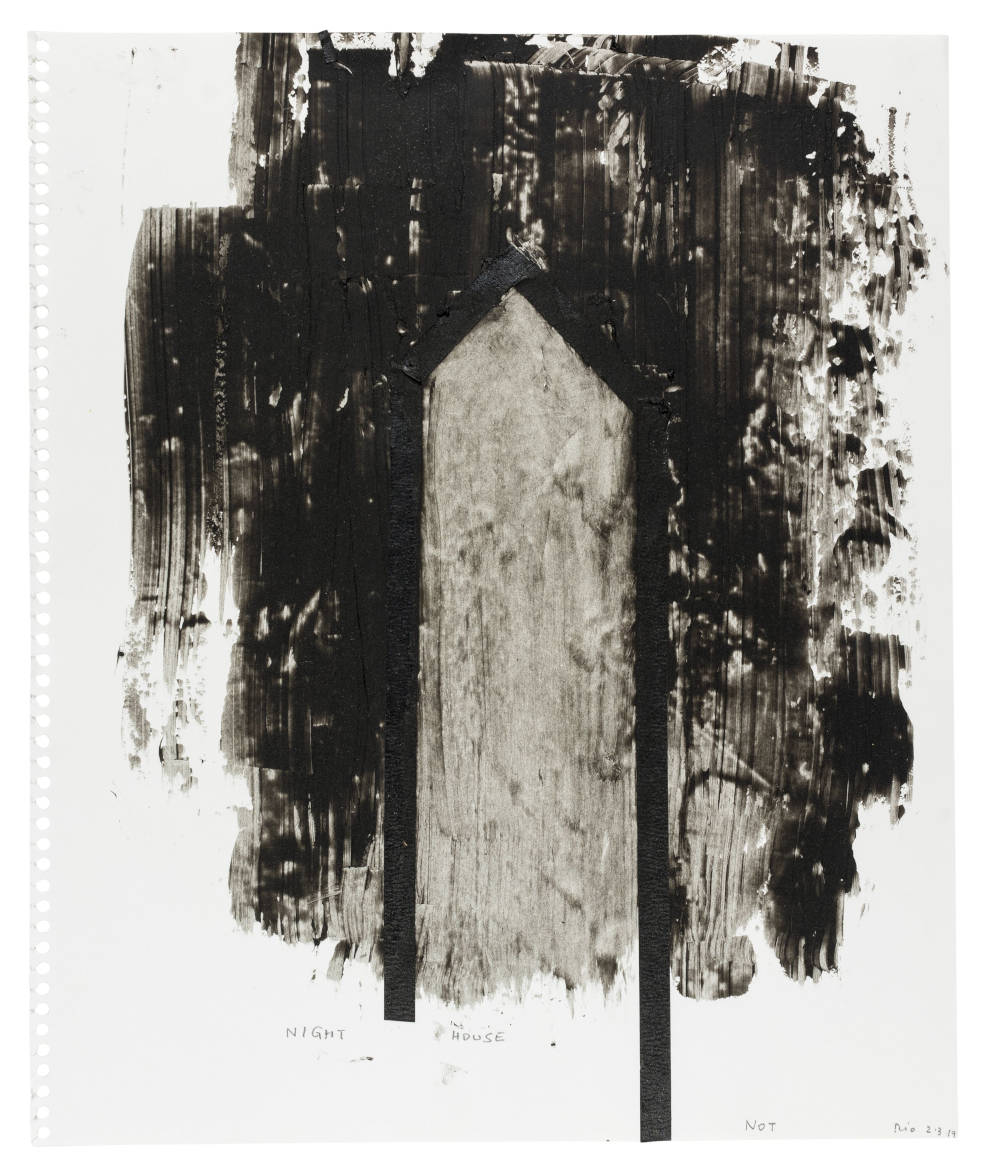 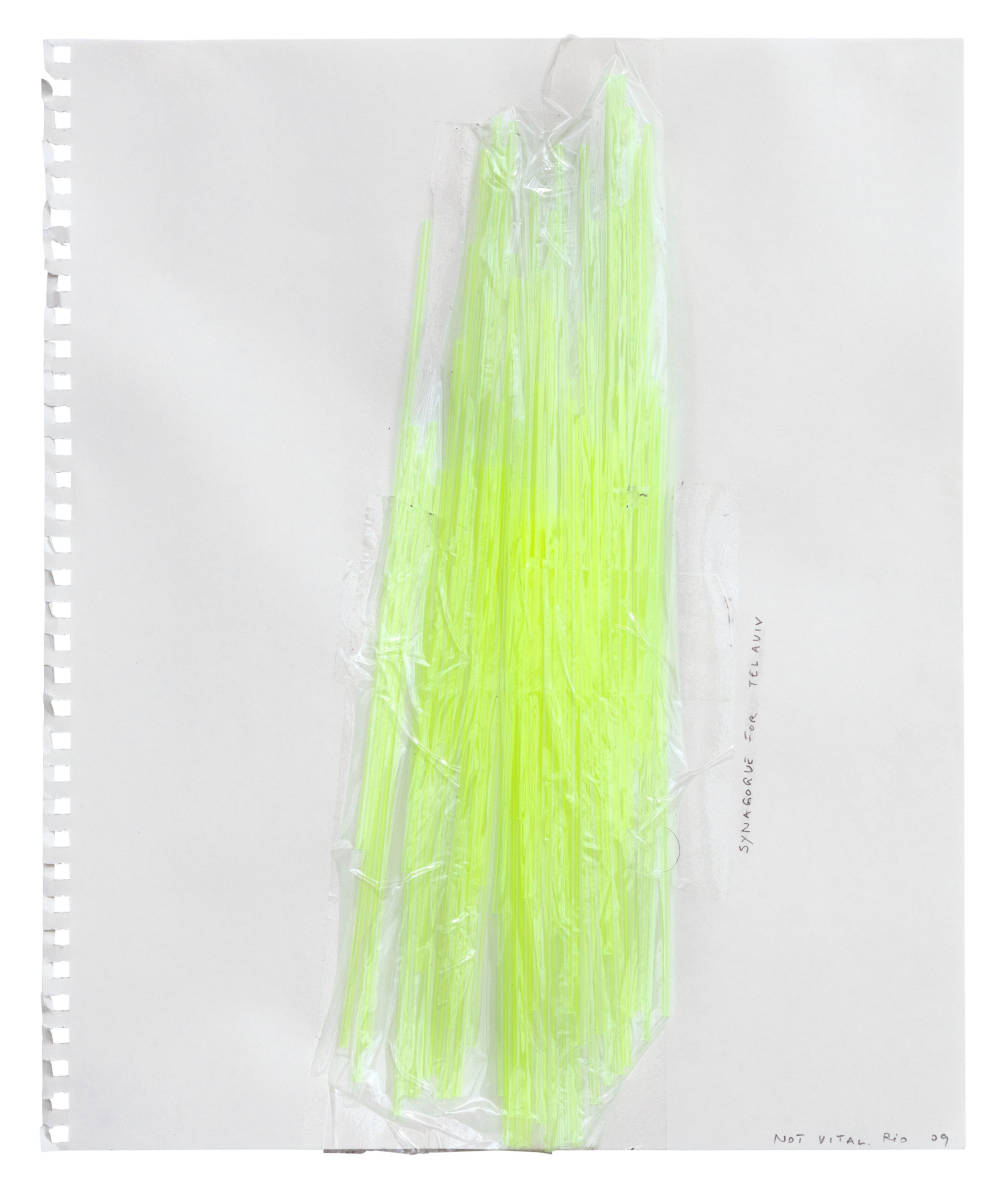 Not Vital
Synagogue for Tel Aviv, 2010 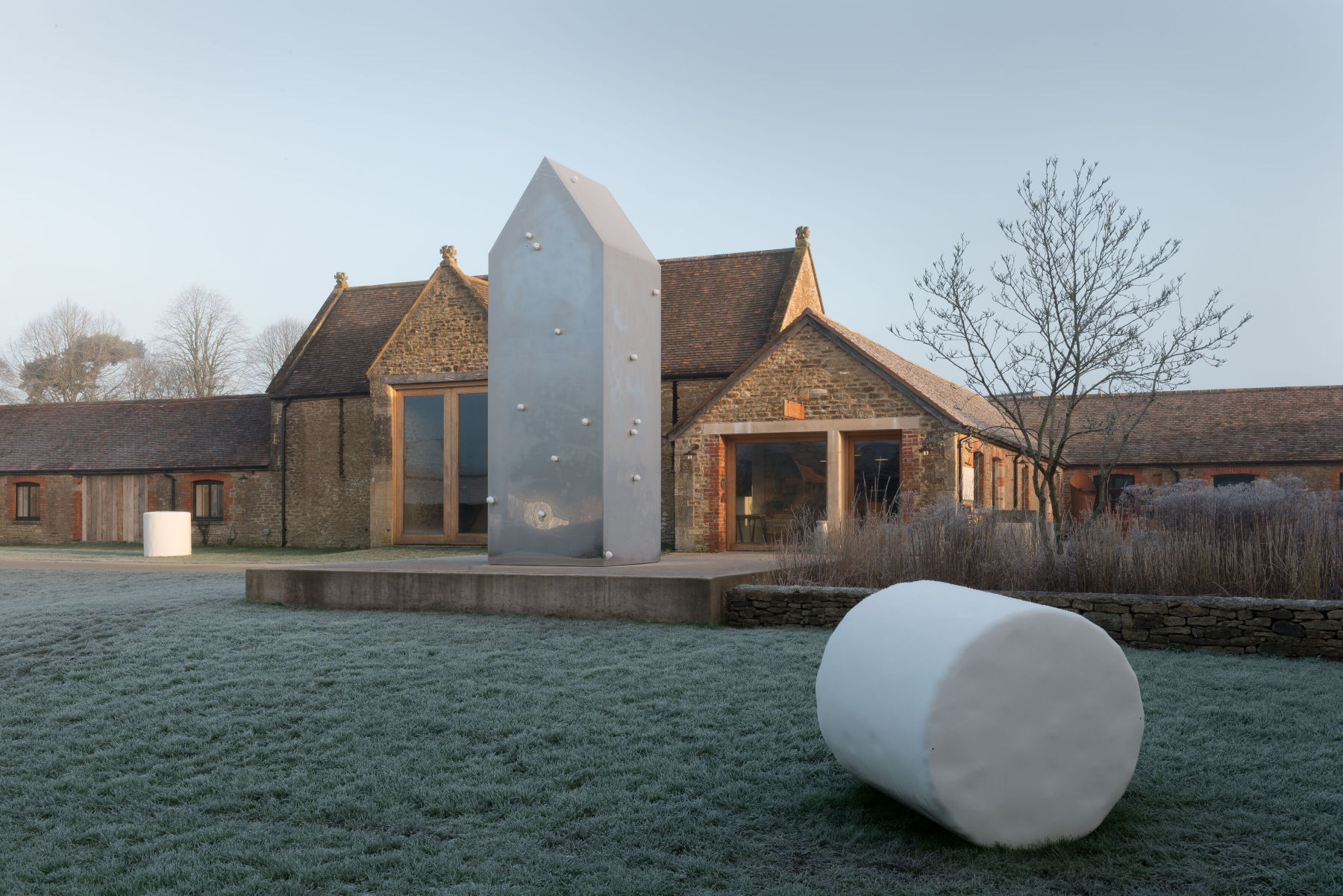 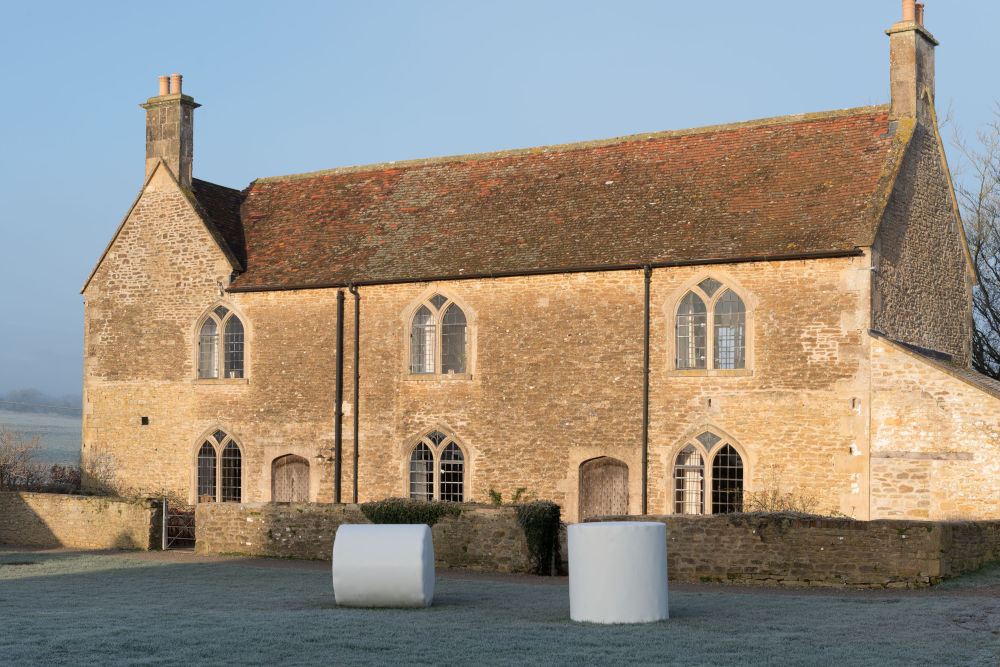 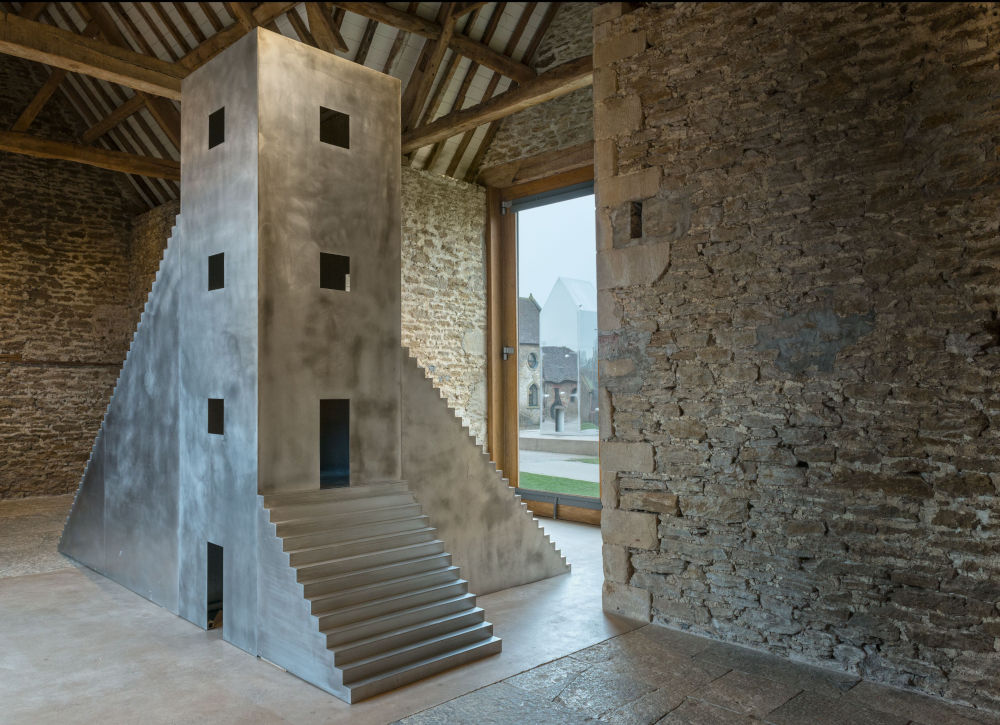 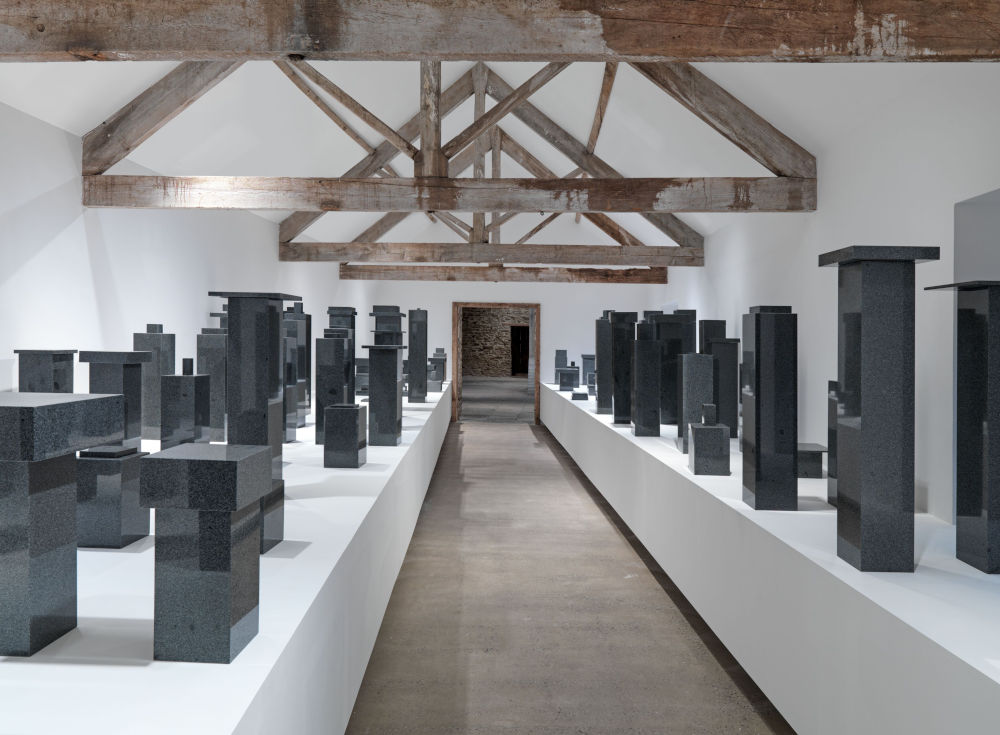 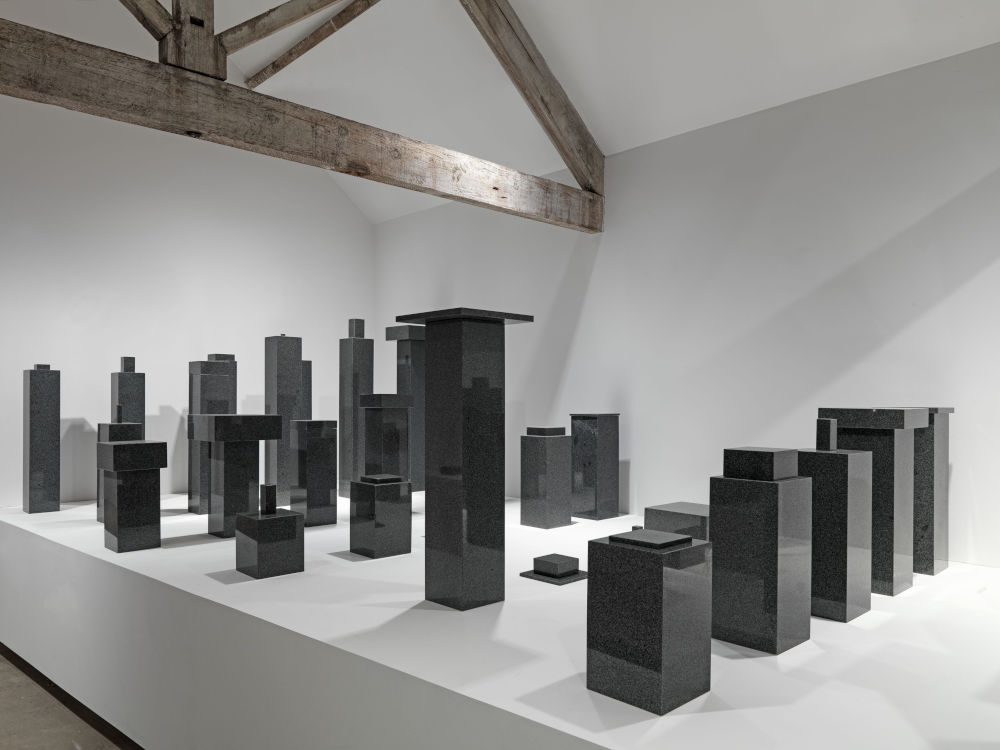 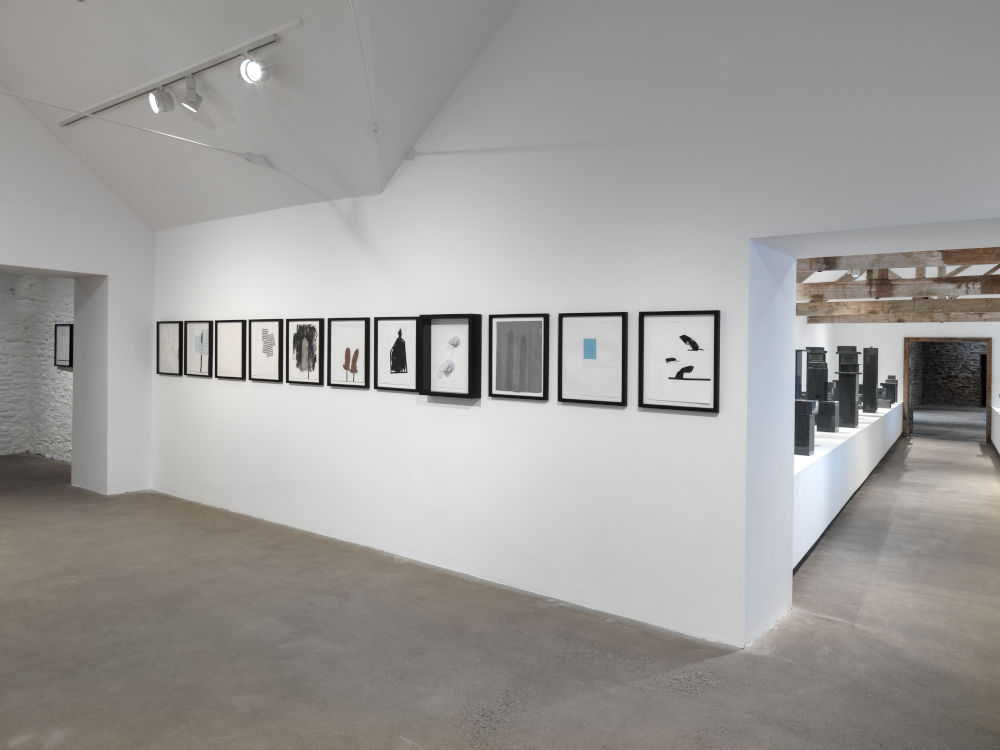 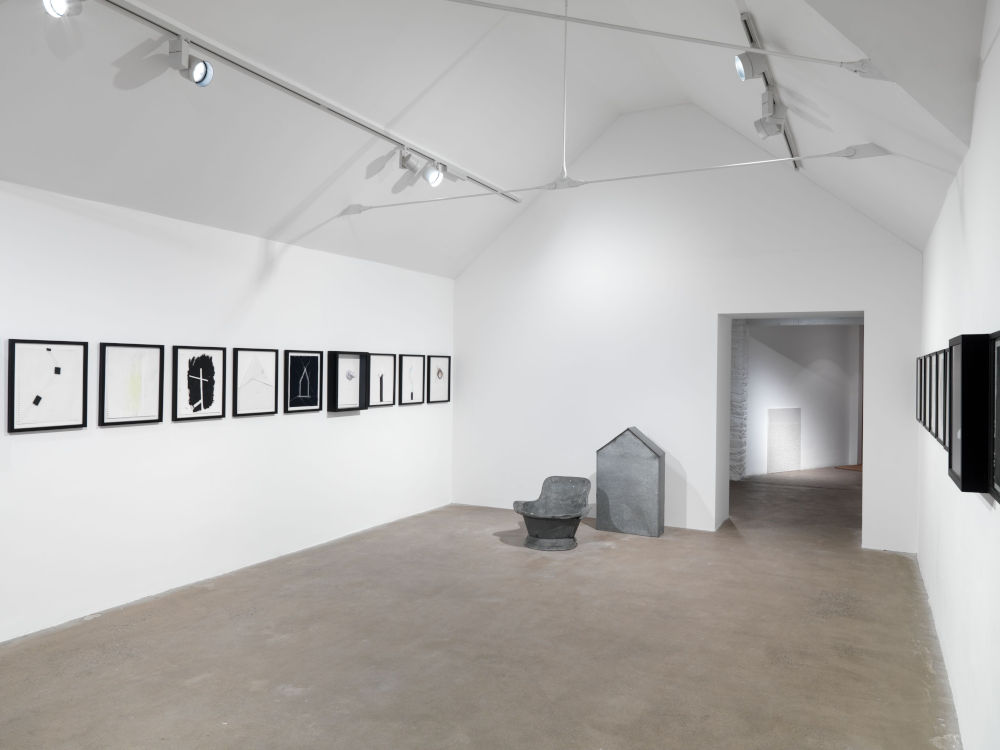 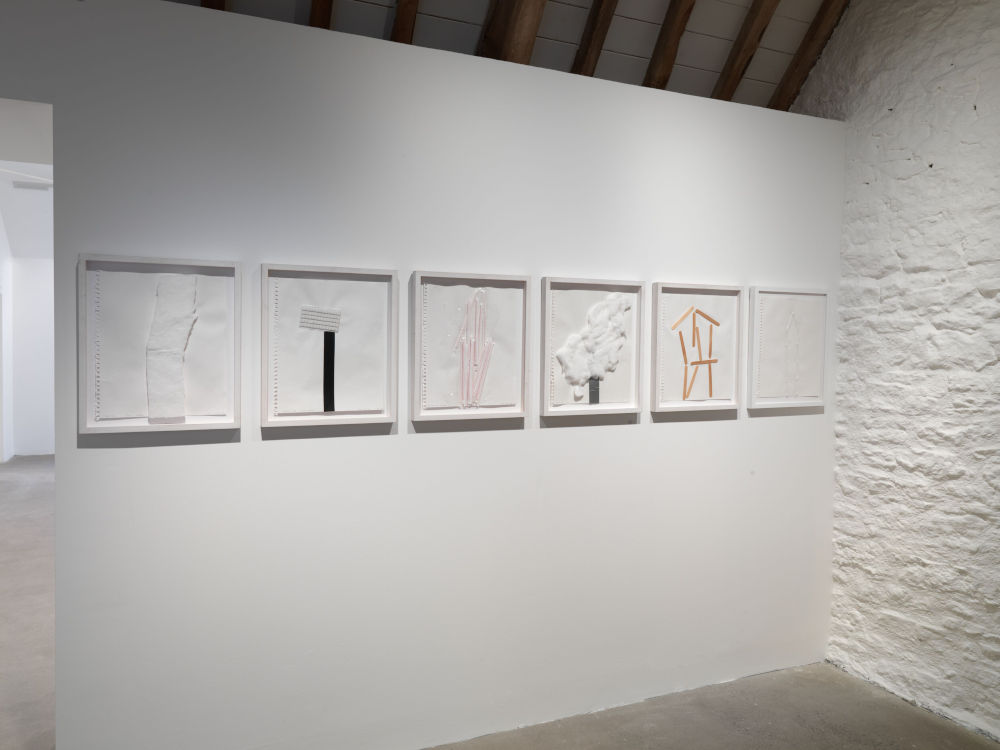 The multidisciplinary exhibition highlights the Swiss artist’s deep-rooted interest in the relationship between architecture, landscape and human perception. A conflation of the two words sculpture and architecture, ‘SCARCH’ transcends the boundaries of both formal terms, creating immersive, site-specific structures that provide a sense of wonder by means of alternative perspectives. Vital has travelled and exhibited widely since the 1970s, living between the United States, Niger, Italy and China, as well as his native Switzerland. The works on display span Not Vital’s expansive oeuvre over the past five decades, ranging from early rudimental works from the 1960s, portrait sculptures, mixed-media works on paper and socially-driven installations relating to his global projects.

Central to Vital’s practice is an exploration of the spatial and socio-cultural backdrop of his homes and workplaces. He is able to immerse himself in new contexts and cultures with astonishing ease, collaborating with local craftspeople and sourcing regional production in the most remote areas. As visitors enter the Threshing Barn they encounter ‘House to Watch the Sunset’ (2005), a model from the ongoing international series currently in-situ in Agadez (Niger), Paraná do Mamori (Brazil), and Tarasp (Switzerland). Crucial to these structures are not the comforts of home or the way in which we might live in them, but rather the way in which they enable us to look at the world. The original buildings, over thirteen metres high, have three stories, each unconnected and separately accessed via an outdoor staircase. Shortly after finishing the first structure of its kind in 2005 in Niger, Vital declared that ‘House to Watch the Sunset’ would become a global project: a structure would be built for the sole purpose of contemplating the sunset in every continent. While the materials of the building would always be site-specific, the form and dimensions would be the same at each location.

Vital’s anthropological curiosity and disciplined approach to production is further reinforced in ‘100 Architects’ (2016), where the artist presents an installation comprised of 100 black granite sculptures. These sculptures are numerical portraits: the volume and size of each individual structure is determined by the date and year of each architects’ birth. The installation, which is presented in the Workshop gallery, represents and honours cultural figures who have made substantial contributions to the field of architecture. By limiting form and space to pre-engineered constraints, Vital’s installations are able to transcend their material basis and become vehicles for a unique viewpoint on society and our cultural identity.

The first works Vital made when he turned to art in the mid-1960s testify to his interest in the concept of habitat and the formal idiom of architecture. This early practice marked the beginning of Vital’s ongoing interest into the power of audience engagement and performative works, echoed in the spontaneous nature of their creation. As visitors enter the Pigsty gallery they encounter Vital’s first sculptural work ‘Chanala da tet’ (1964), consisting of a roof gutter that he found on the street in front of his parents’ house that he promptly painted white and turned into a rectified readymade. This seminal work is on display alongside ‘Chasa i bogn’ (1970), a two-part work consisting of the simplified shape of a house and a children’s bathtub. Although the readymade later yielded to sculpture, drawing, painting, and architecture, Vital’s early practice clearly prefigured what was to come, taking inspiration from the home and transforming conventional or mundane objects into minimal works of art.

On view throughout the same gallery are a series of three-dimensional works on paper, created as performative experiments running in parallel to Vital’s large-scale sculpture making. Vital often draws while travelling, collecting additional materials from pharmacies and hardware shops, producing work that consists of whatever is available to him: tape, cotton swabs, silicone patches, and plastic bags. These mixed media works invariably make us see both the medium of drawing and the subject matter with fresh eyes.

The nomadic artist also presents three outdoor ‘SCARCH’ installations, that speak more specifically to the rural landscape and visual language of Hauser & Wirth Somerset. ‘Cannot Enter Cannot Exit’ (2020), installed on the front farmyard, returns to Vital’s idiosyncratic use of towers whilst looking out towards Bruton’s Dovecote. The tower itself is the same height as Michelangelo’s David at just over five metres, standing as a heroic structure and monumental landmark over the gallery site. Scattered across the front lawn and trapped within the tower are a series of stainless steel hay bales covered in white varnish, ‘Bale’ (2018) is representative of the agricultural cycle and winter season symbolising preservation, digestion and growth. ‘Date’ (2016) will appear in the Cloister Courtyard, a three metre tall, fruit-shaped sculpture enveloping the viewer in an inverted world. The stainless steel structure stands in stark contrast to the organic forms surrounding it, captivating the viewer in a meditative tension between the natural and the surreal.

In conjunction with this solo exhibition, Hauser & Wirth Publishers will be releasing an artist monograph by the same title. ‘Not Vital: SCARCH’ is a survey of Not Vital’s SCARCH projects to date, presenting thematic groupings of significant projects and typologies for the first time whilst documenting his artist process. The publication will be available from January 2020.

About the artist
Not Vital is a Swiss sculptor and painter from the mountain village of Sent, located in the Engadine valley of Switzerland. He currently lives and works in Rio de Janeiro, Beijing, and Sent. Vital’s multifaceted oeuvre, which encompasses drawing, painting, sculpture, and built structures, reflects his quasi-nomadic lifestyle. In order to give a name to his more recent large-scale structures that bridge sculpture and architecture, Vital coined the term ‘SCARCH’ in 2009.

Not Vital has long been invested in preserving the Engadine region’s unique cultural assets and landmarks, establishing his own foundation in Ardez in 2003 and developing one of the most significant libraries of Romansh literature, the Latin-derived language spoken in the area and the rarest of Switzerland’s four official languages. A number of Vital’s architectural installations and social experiments can be found within his enchanting sculpture park in nearby Sent, open to the public throughout the summer months when the mountain and forest landscape is most accessible. In more recent years, Vital was granted permission to purchase the monumental 11th century Tarasp Castle near the town of Scuol, formerly owned by the von Hessen family dating back to the early 1900s. Since 2016, he has reimagined a modern infrastructure within the historic building, creating a dreamscape of unexpected sculptures and collected objects from his enigmatic career to date.

Not Vital’s first major solo exhibition in the UK was held at Yorkshire Sculpture Park, running from 21 May 2016 until 2 January 2017.