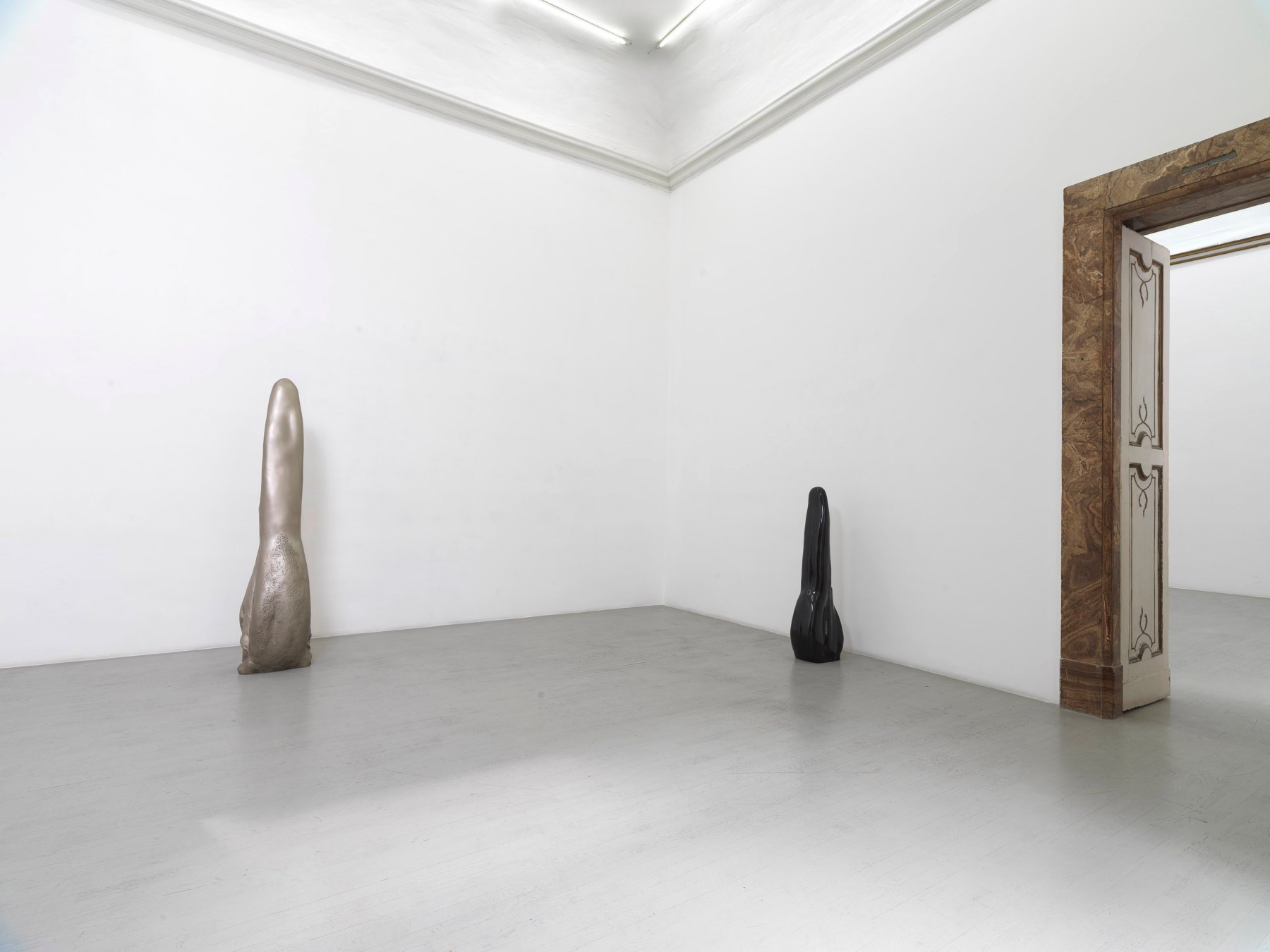 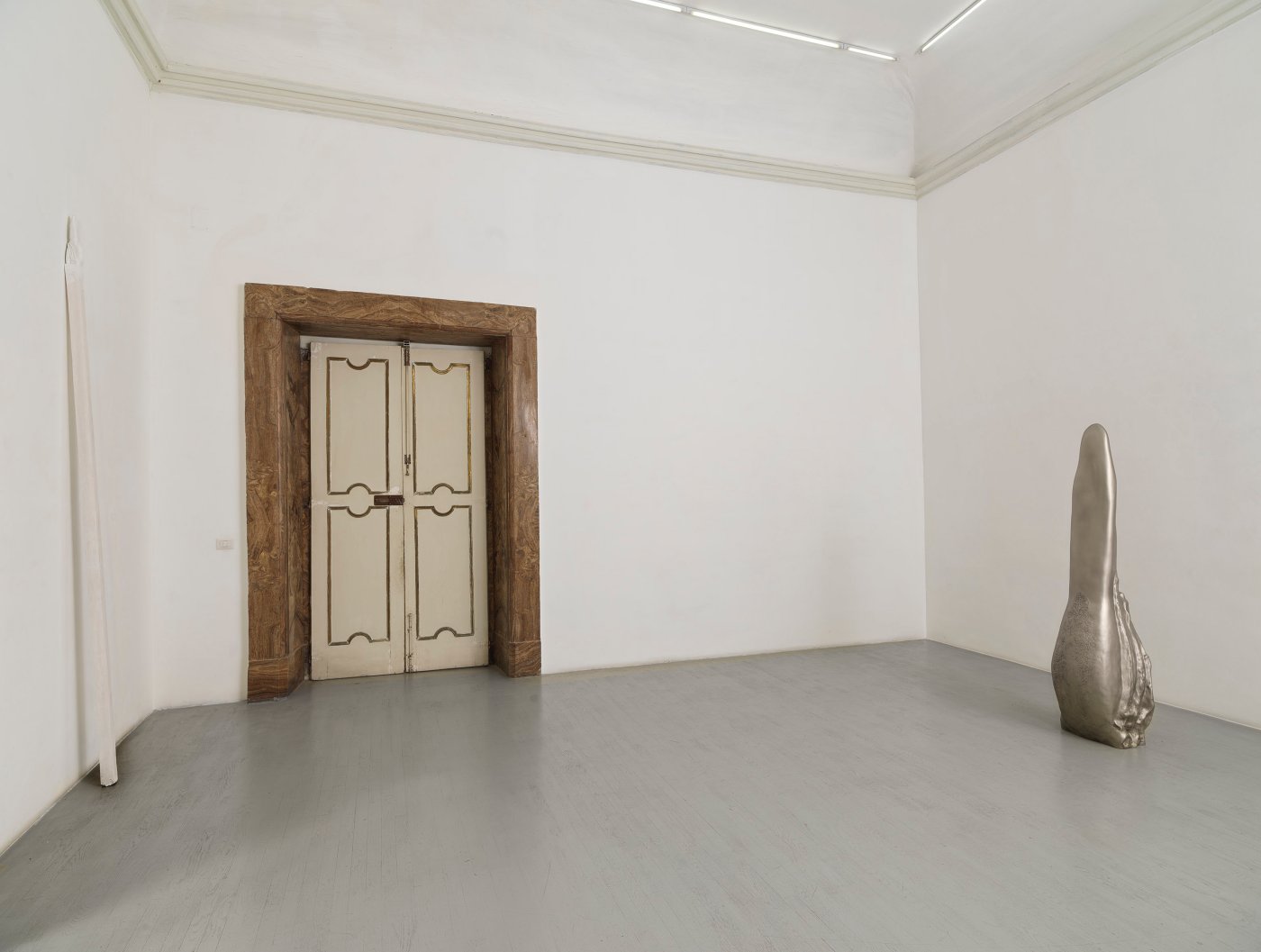 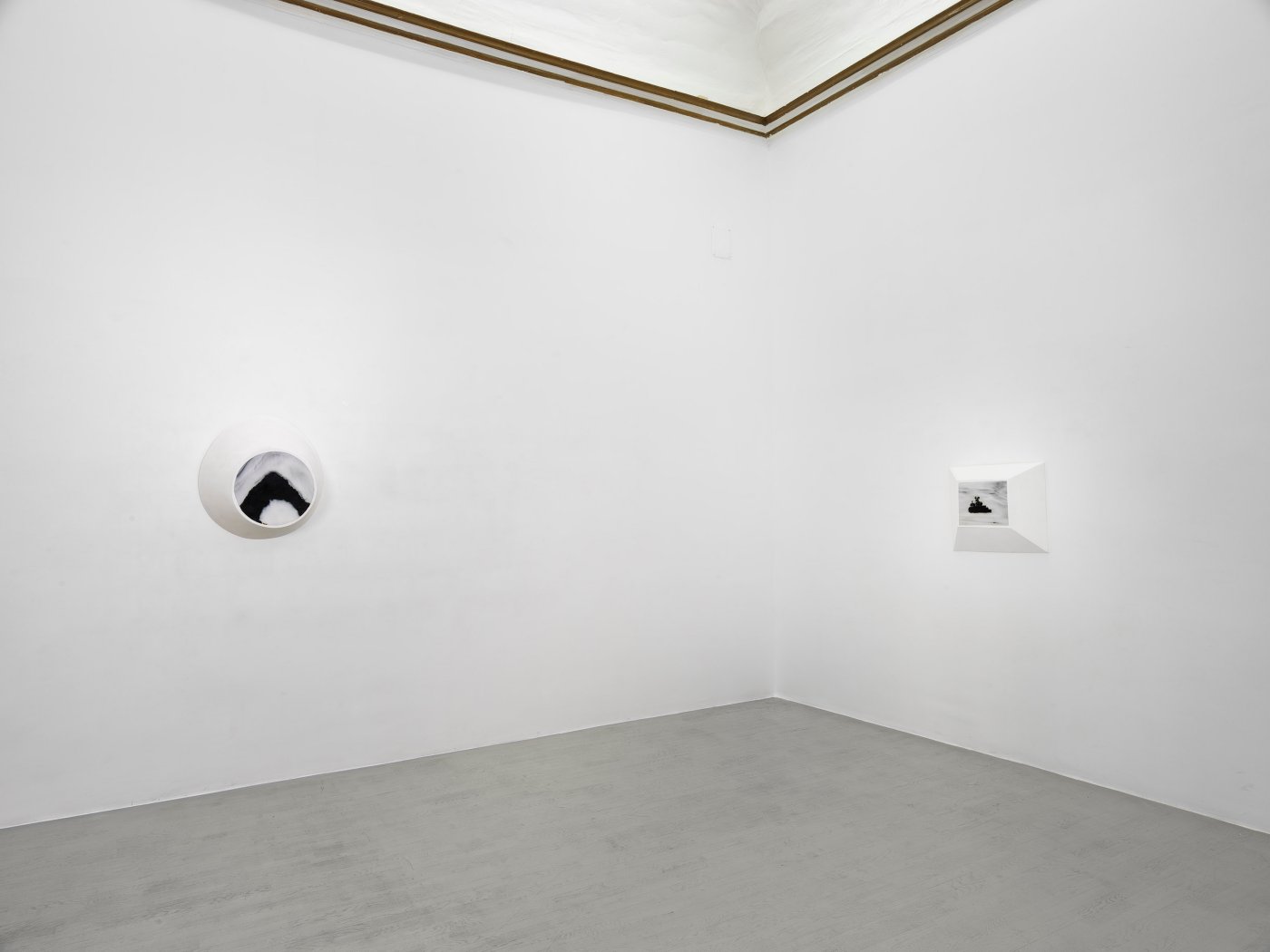 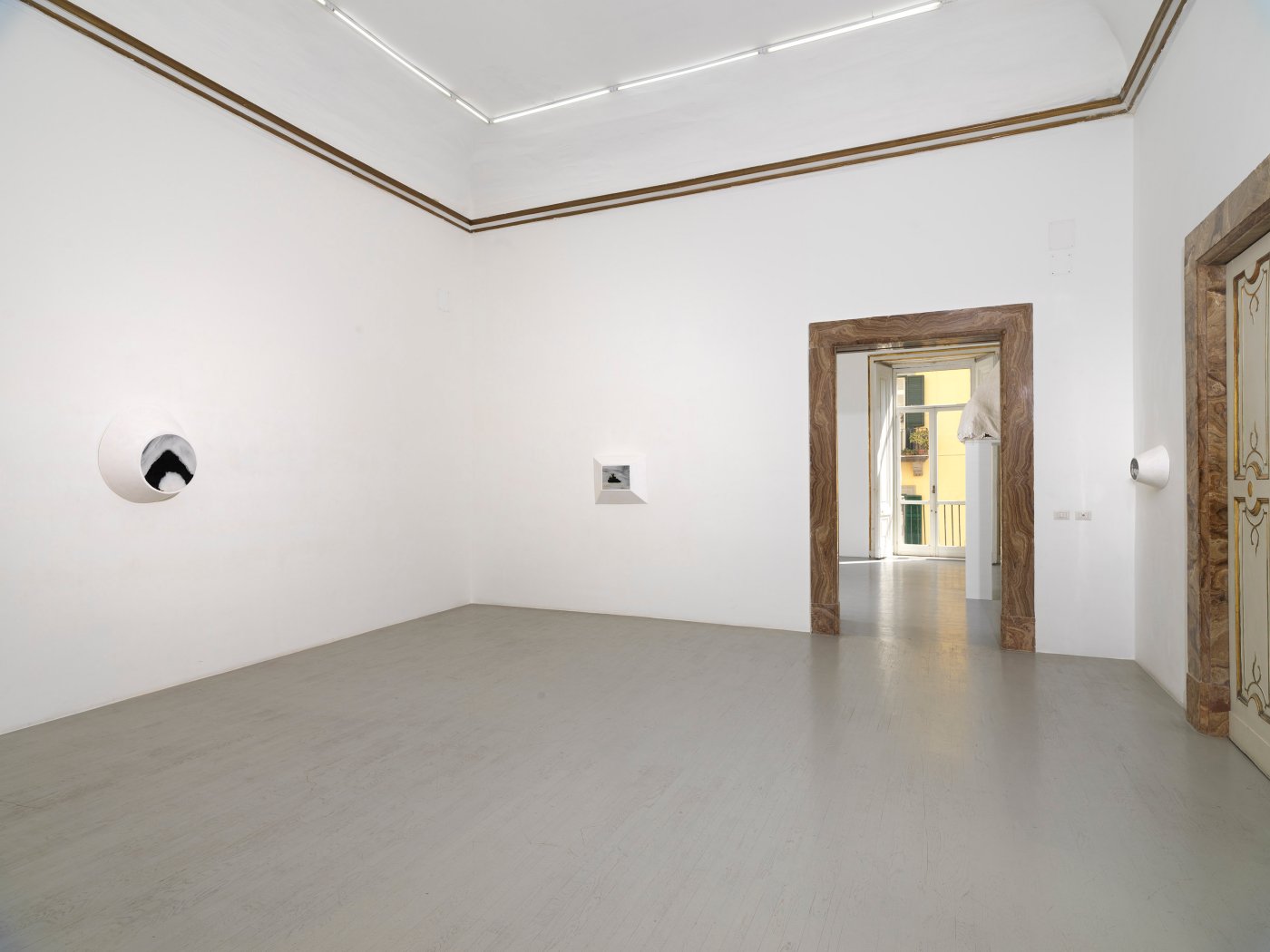 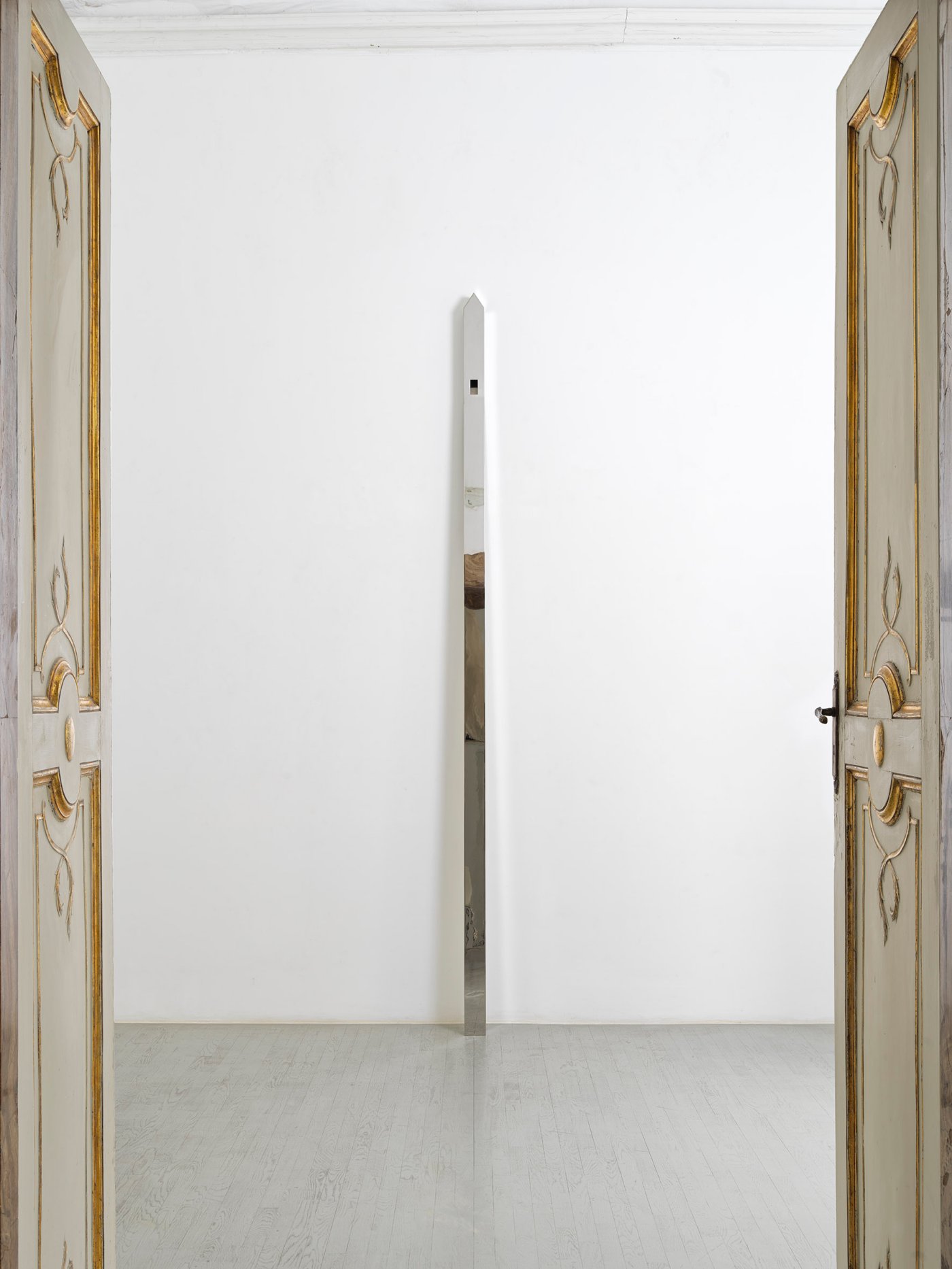 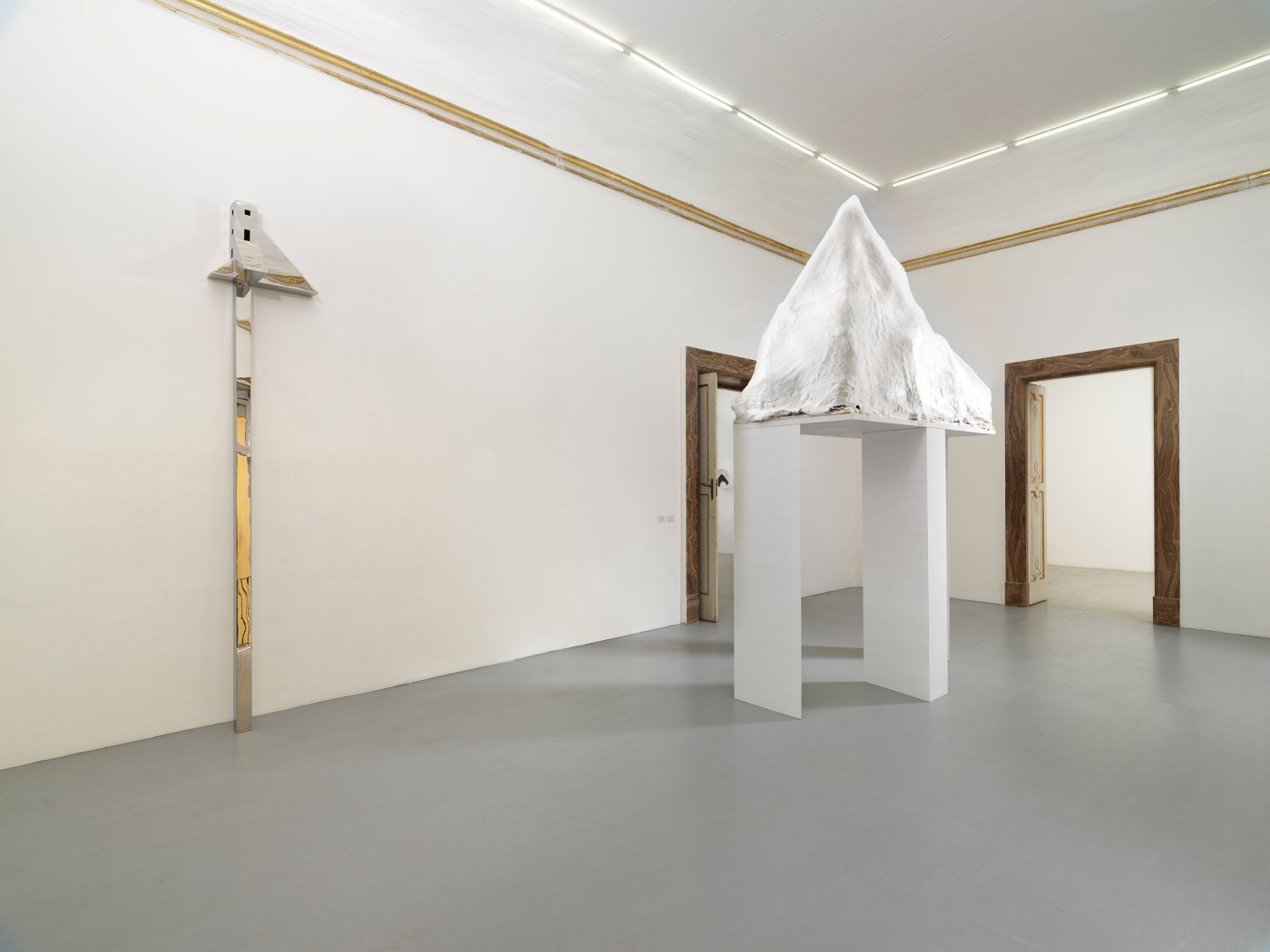 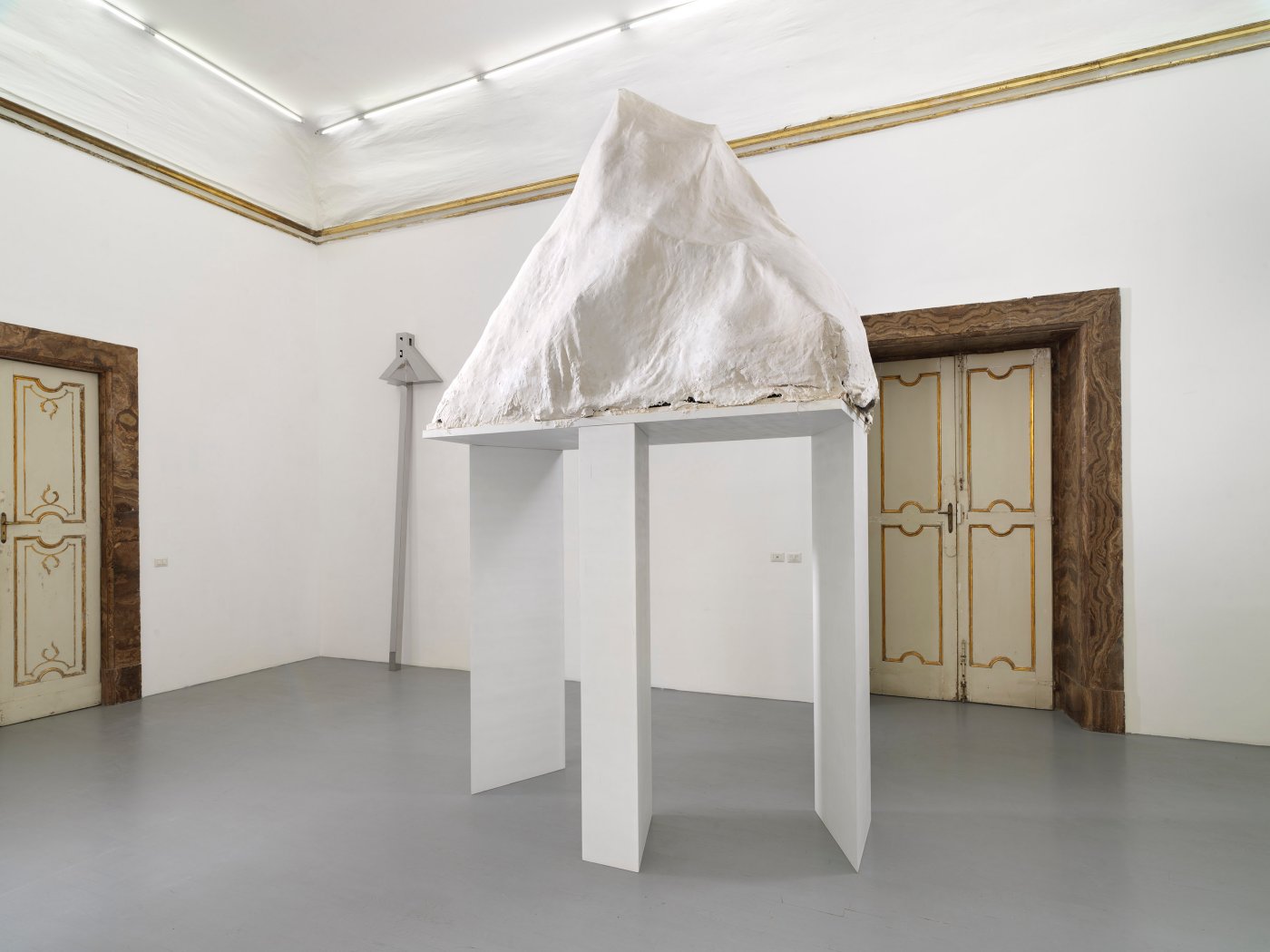 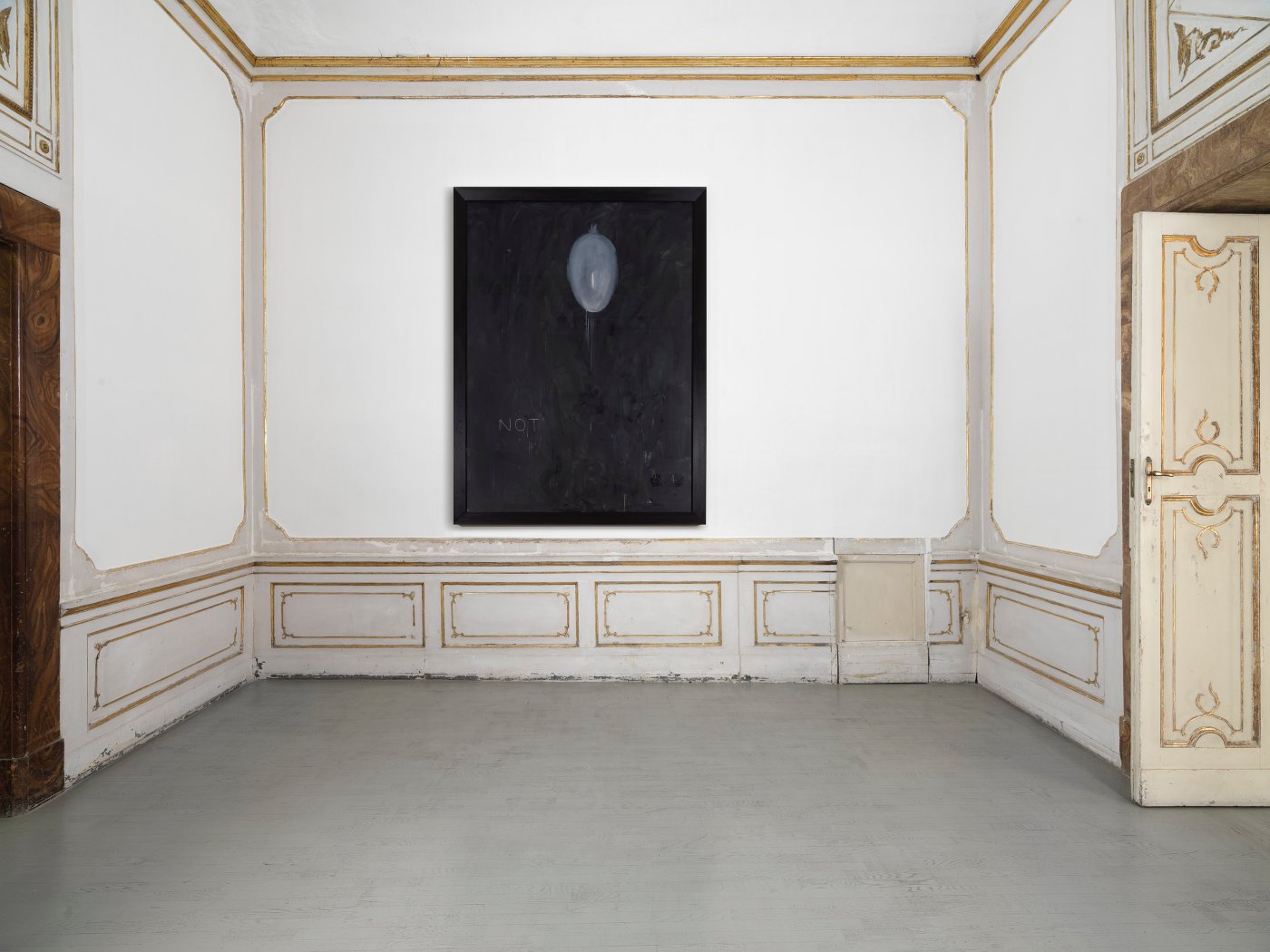 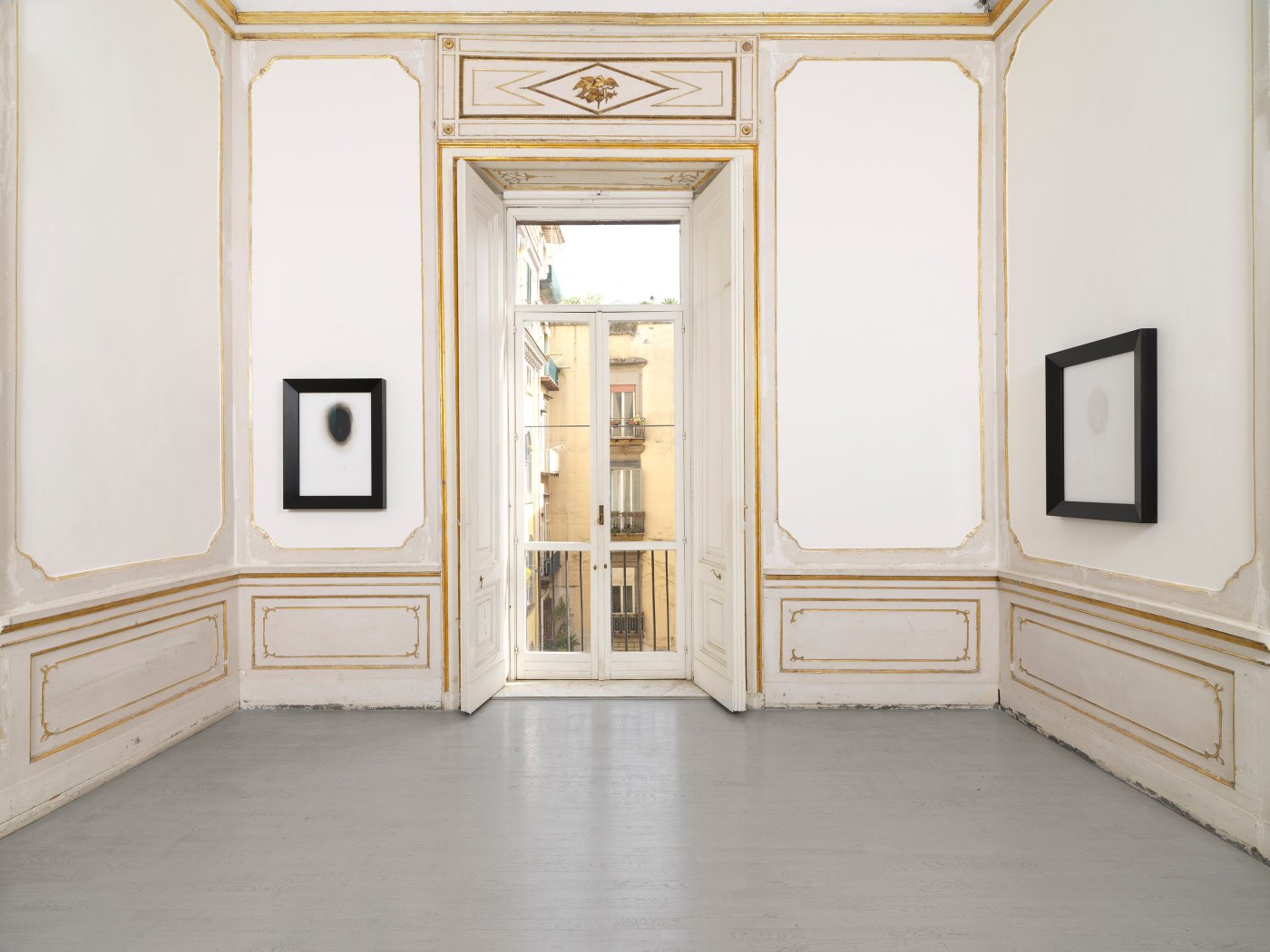 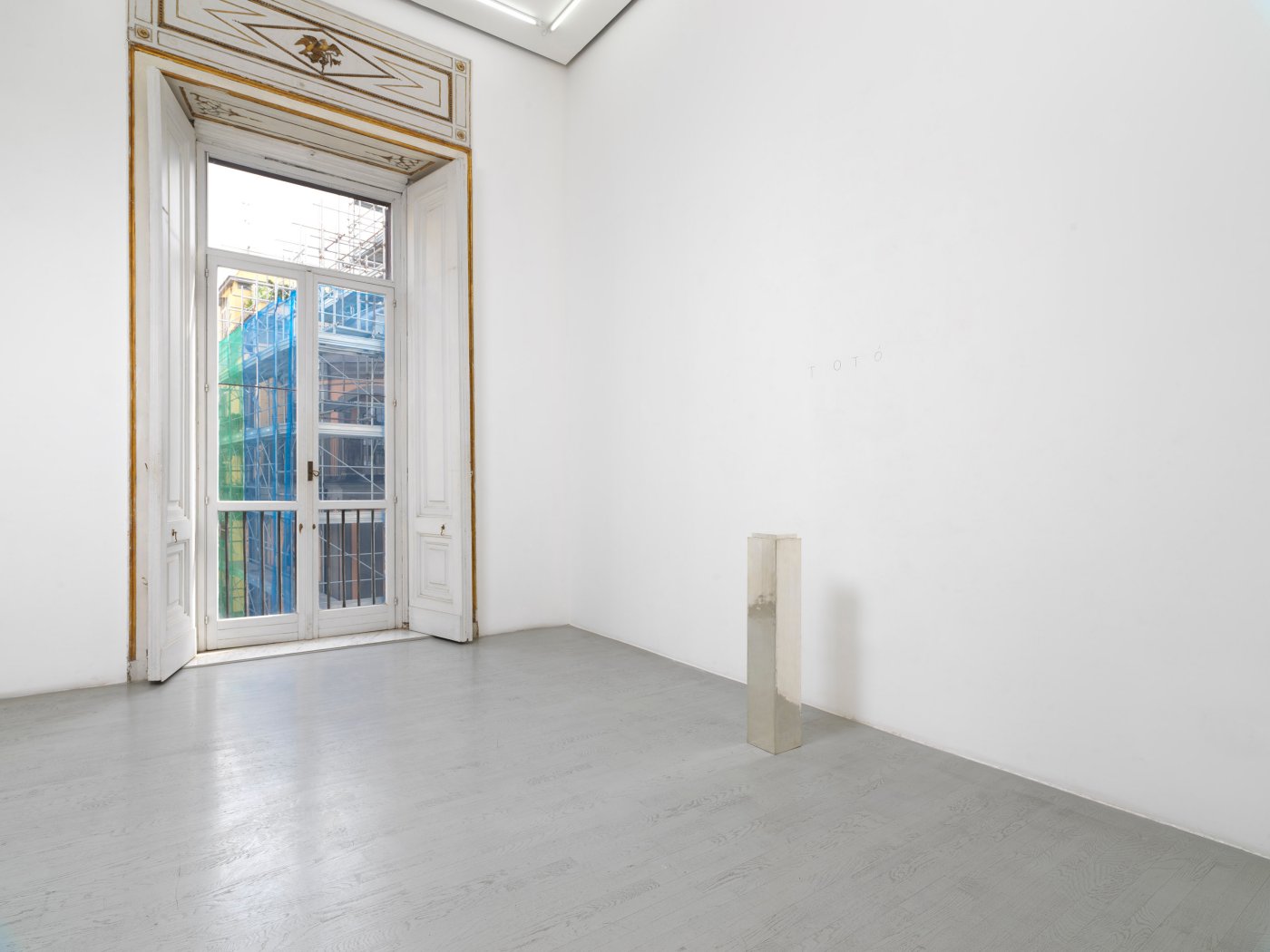 The ideal condition for Not Vital’s work and research is travel. Not left very young, after his formative years in Paris, Rome; then New York and then Lucca, Cairo, Niger, Beijing, Chilean Patagonia, Rio de Janeiro and the island of Flores in Indonesia up to Tonga in Oceania. From these trips Not emerges with a wealth of experiences and knowledge that allow him to recognize himself even more and more. Personal experience does not become an intimate story, but the starting point for intertwining its roots with those of the whole world. It is the starting point, then it is a question of reworking it into a symbolic image where the qualities of the material and the executive technique play an irreplaceable role, Vital goes in search of the most skilled craftsmen in the most remote countries.

His nature is the visionary one and his reason of research always leads him to test himself with audacious projects. Not Vital belongs to that group of radically innovative modern sculptors who studded the 1900s, in line with the various Brancusi, Schwitters, Fontana, Christo, Smithson and with the latter others who felt a strong link between territory and nature. However, there is an enormous passion for the material, whether it is marble, silver, gold, bronze, steel, glass, plaster or soap. Vital strives to show the beauty of materials and to use them in unexpected ways by coming to test their limits and thus making the sculptural form more distinctive and often surprising.

At the origin of Vital’s art there is first of all a conceptual fact, a concept at the origin that is combined with the passion for the material and which is applied to it with a high degree of complexity. It becomes its personal brand, the way chosen to free himself from the narrow limits of formal consistency, claiming the primacy of individuality and one’s independence. His being a visionary gives him the way and strength to act with great inventive and intellectual freedom.

In his artistic research, a principle very dear to him is instability. Exemplary in this sense is the series of pole-shaped sculptures, leaning against the wall as if they were agricultural tools or the signposts used for mountain trails. They become visual reference points that lead to their ends works belonging to the artist’s iconic series. On show: Tongue, 2016, House to Watch the Sunset, 2016 and Tower, 2016. They lead the gaze upwards, the artist’s favourite way of observing things, influenced by his birthplace, Sent, a town in the Lower Engadine, surrounded by mountains that always stimulate the gaze towards their summit. Piz Ajüz, 2022 is another example of work inspired by the context where the artist spent his childhood, he dedicates many drawings and portraits to his mountains: Piz Ajüz, his favourite, but also Piz S-chalambert, Piz Pisoc, etc. The portraits are declined in various forms such as drawing, sculpture in marble, plaster or glass. In front of his works, one feels a sense of bewilderment, especially if, together with this principle of instability, that of centrality fails.

Not Vital knows how to create tension by combining opposite elements, the geometric with the organic, the figurative with the abstract, even generating opposition between the object itself and the material with which it represents it. The work Totò, 2022 is part of the series of silver portraits, dedicated over the years to characters such as Christian Dior, Samuel Beckett, Alvar Aalto or Alexander McQueen. He began working with silver during his time in the Niger desert where he collaborated (as usual) with the best local artisans, the Tuareg, great silversmith masters. They hammer the silver sheets manually, making it no longer reflective. The works of this series have a minimalist aesthetic matching with local landscapes, as also happens in the installation Camel, 2003 composed of silver spheres. In these works Not uses geometry to depict the person based on the date of birth, as if it were something concrete related to mathematics and geometry themselves. Here the date of birth of Totò was chosen because it is also that of the artist, February 15th, a tribute to the character and to the city but also a very special coincidence. In these geometric works the artist almost wants to incorporate the aura of someone or something, to contain it, until it becomes abstract.

In addition to the sculptures, for which he is well known, Not creates drawings, prints, constructions and paintings. The three Self-portraits on display (dated 2021 and 2022) are oil on canvas. Not started to paint in 2009 at around 60 years old in Beijing, China and he has never stopped. The portrait and moreover the self-portrait are a very beloved themes to the artist, even in an ironic key, declined in various ways. For him, painting is not a routine or an obsession but it is something very precious, it is the best way to see, perceive and even smell the light. The portraits always remember the painted subjects, they are recognized by a few characteristics, despite being reduced to the lowest terms. The colours are never present, Not does not care about them, the Engadine valleys are covered with snow for most of the year, the region is in fact called Grisons (the grey-land). Not always starts from drawing the area around the face, almost an aura that surrounds the head like a satellite. In China, when he started, he was always confronted with large crowds of people and the first thing he noticed was their head.

Not Vital spent his formative years surrounded by stones, animal skins, snow and wood, characteristic of the Engadine mountains, in Switzerland. Nature, animals and these materials are often found in his work. In this way, the artist competes with the beauty of nature.

In carrying out the sculptural works, Vital makes use of the collaboration of skilled craftsmen. The reasons that push him to collaborate with them are two, Vital wants the work to be of excellent quality: in many ways he is a conceptual artist but he is above all a sculptor, the object must be as refined as possible. Secondly, he continues to use artisans because he is driven by an extraordinary curiosity and the need for human interaction. This human tension is an important element of his artistic creation.

Significant is the artist’s interest in glass and its ability to reproduce the colours, texture and temperature of ice and snow. Snow is an important aspect of Vital’s iconography, rooted in the climate and landscape of the Engadine. Vital experiments with a variety of materials to represent glass and snow. The most constant example is chalk, which he has used throughout his career, taking pleasure in the fact that, for a few minutes before it hardens, he says it has the same consistency as snow.

Among marble works exhibited there are three from the Dali Stones series: Piz, 2011, Boat, 2011 and Clouds, 2011. Vital discovered these stones, which take their name from the city of Dali and whose Chinese term means marble, during his travel to southern China. They are marble stones that, when cut, evoke landscapes with delicate shades of greys and black, perfectly in tune with the artist’s chosen palette. From the beginning the artist began to set them in plaster frames that resemble the shapes of the Engadine windows as if it were the negative of the vision from those same windows.

Another discovery in the field of media is stainless steel. Since 2008, he spends four months a year in Beijing where he has found expert craftsmen. Instead of being cast, the stainless steel is worked by hand: the hammered sheets are welded together and then polished with a manual machine. It is not surprising that Vital is a great admirer of Brancusi, a pioneer in the use of smooth and reflective surfaces that make form and content fluid.

Among his favourite subjects, the tongue, which is present in Vital’s work since 1985, when he was in Lucca to work with marble and bronze. One day he went to a butcher and bought a bovine tongue, he produced a cast of it, from which he then obtained a bronze sculpture of 39 cm from that moment a long series of them, Tongues. On display Tongue, 2022 in white bronze and Tongue, 2018 in black granite. He appreciated a lot the rough, elegant and erotic shape, and the transformation from an everyday item to an object of art. In his work, tongue as a shape becomes iconic, yet the meaning remains ambiguous, since then reproduced in various dimensions and with various materials, the stainless steel one deviates from the initial form and meaning, approaching a totemic architectural construction.

Not Vital (Sent, 1948) studied in Rome and Paris before moving to New York in 1974, where he began his artistic career. Vital has built a reputation as an artist-nomad driven by a passion for exploring far-flung places and setting up new homes and sites of production. This obsessive urge to, as it were, situate his art in a global framework and his fascination with other cultures and ways of life have guided him on a five-decade-long peripatetic quest around the world. Over the years, Vital has established studios in Brazil, Chile, China, Italy, and Niger, working with local craftsmen and immersing himself in their traditions and cultures.