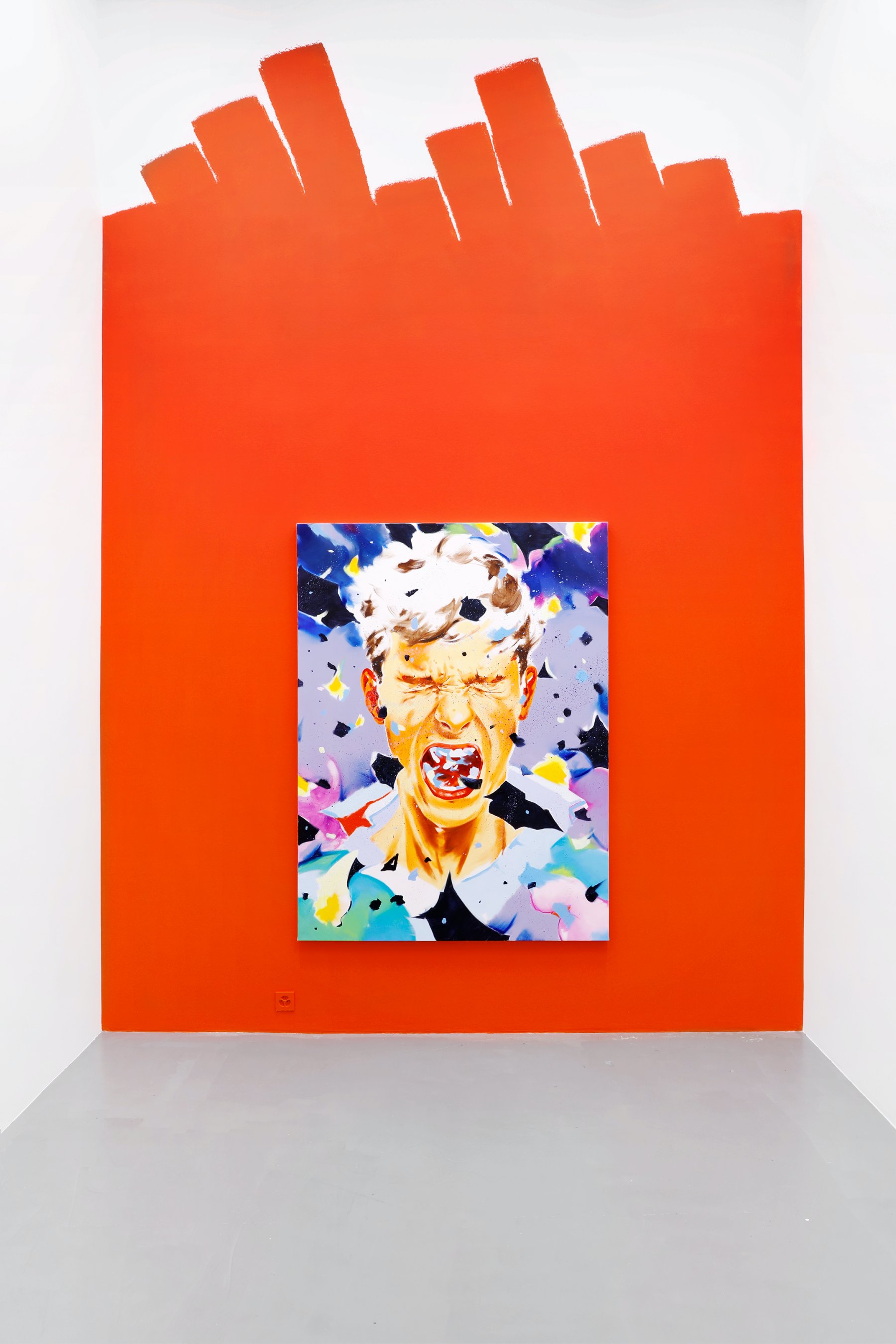 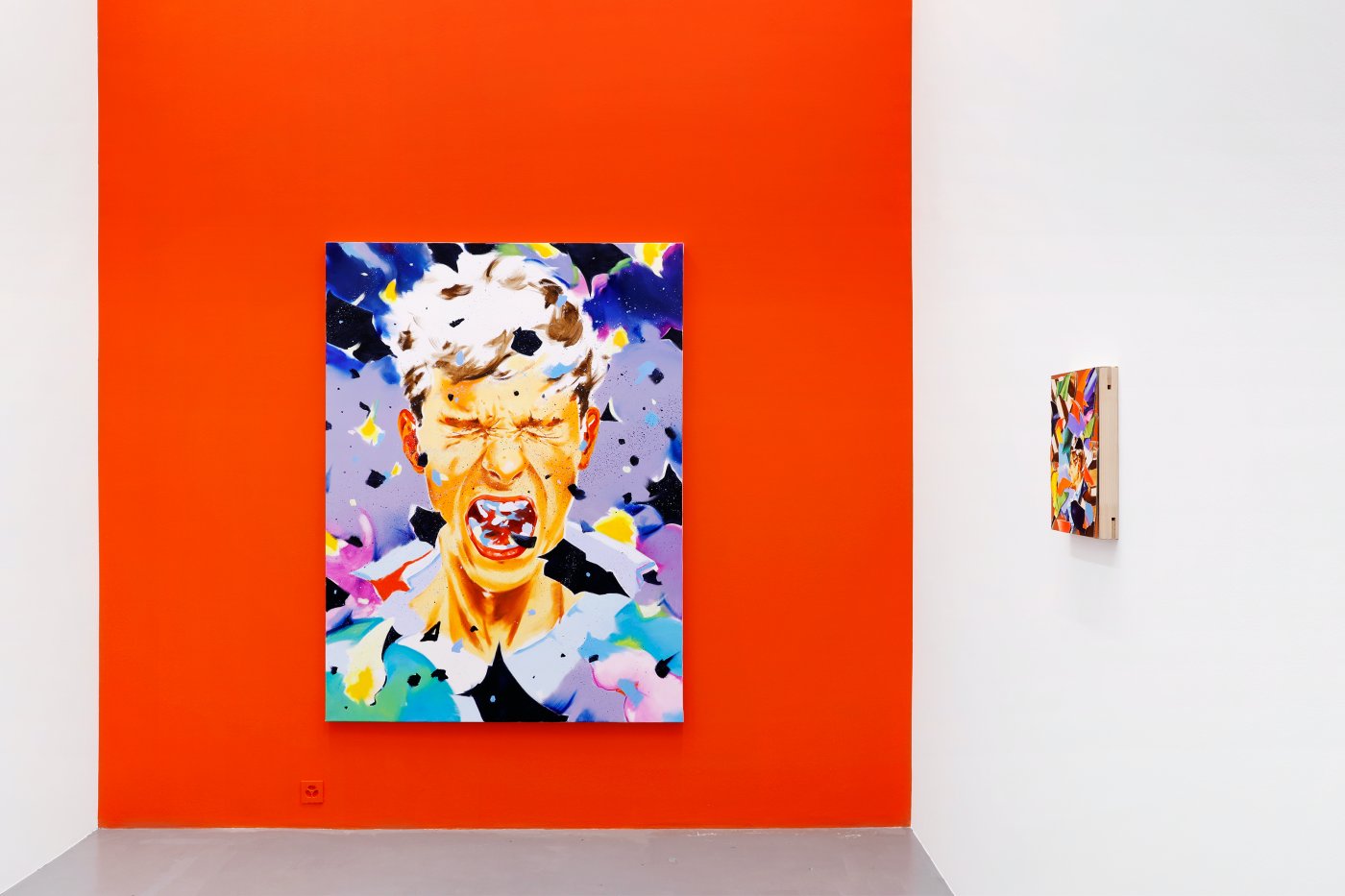 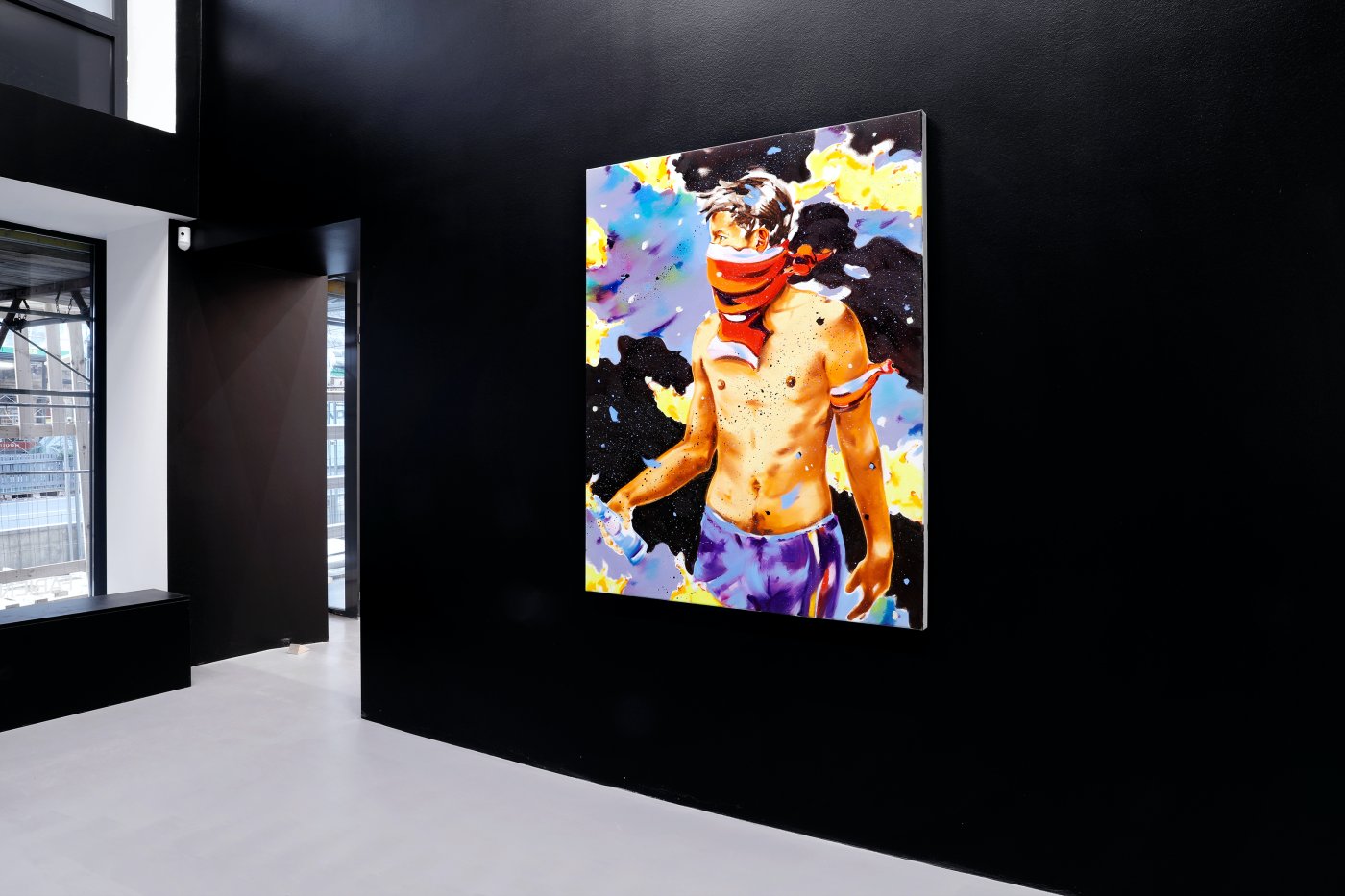 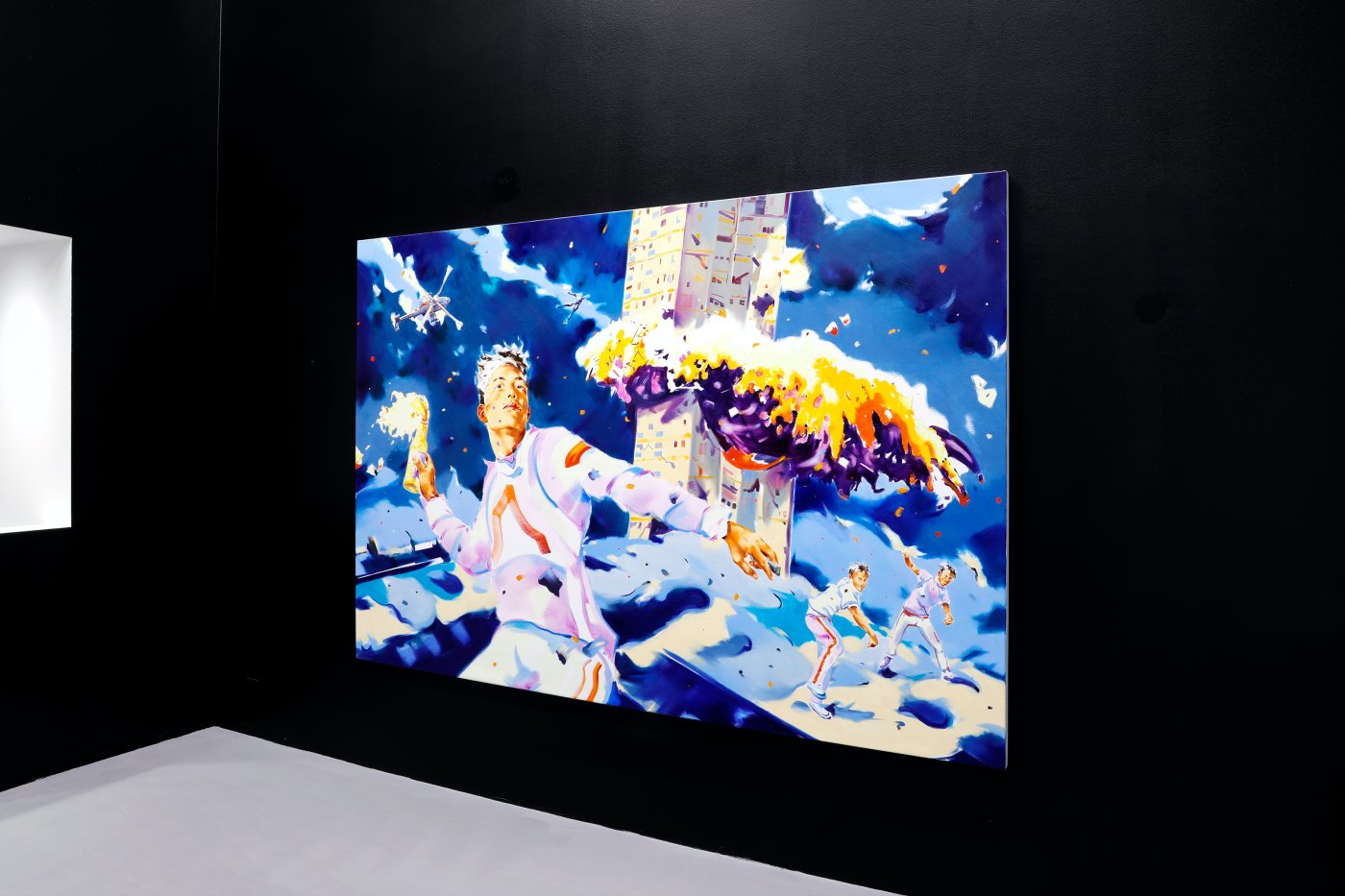 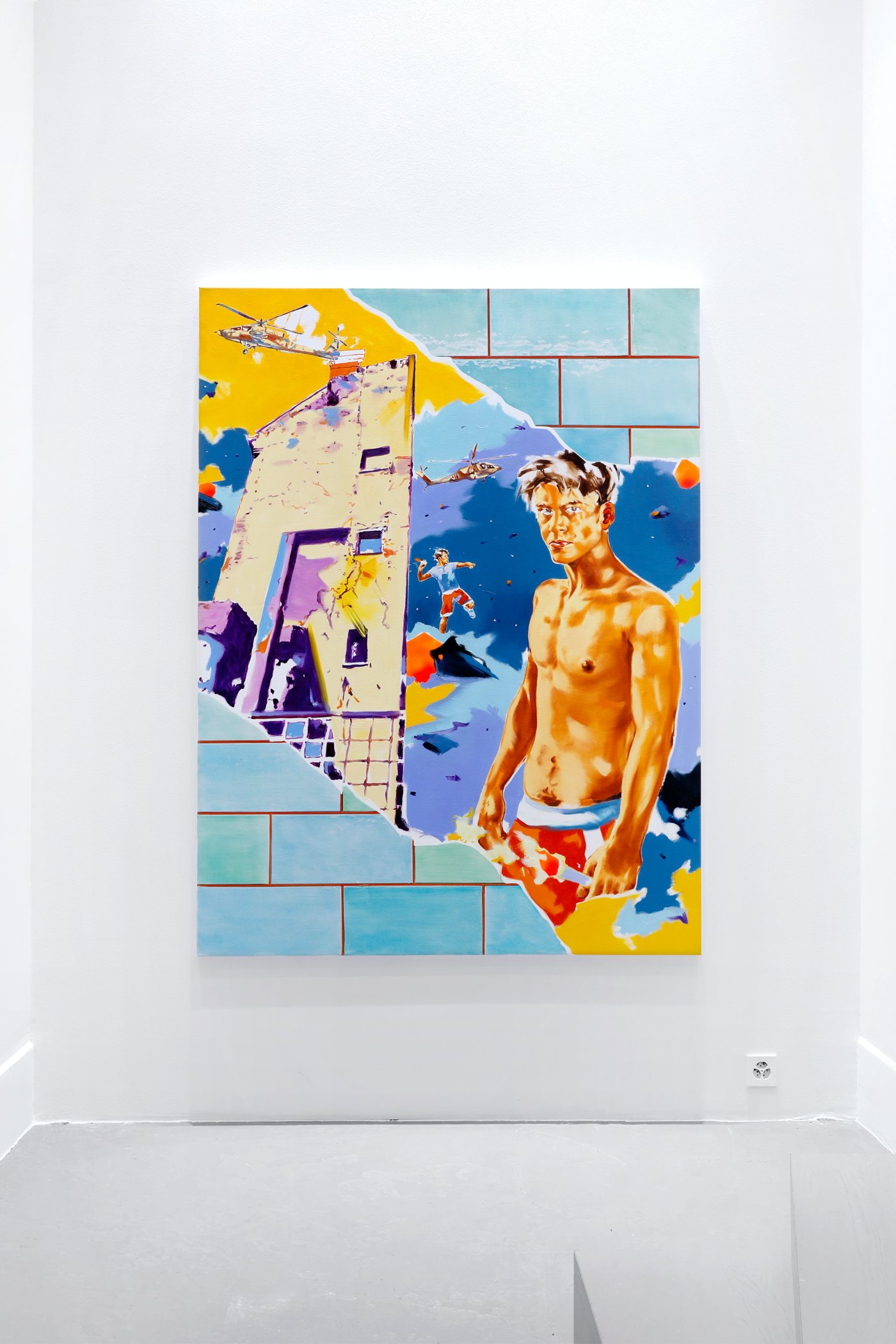 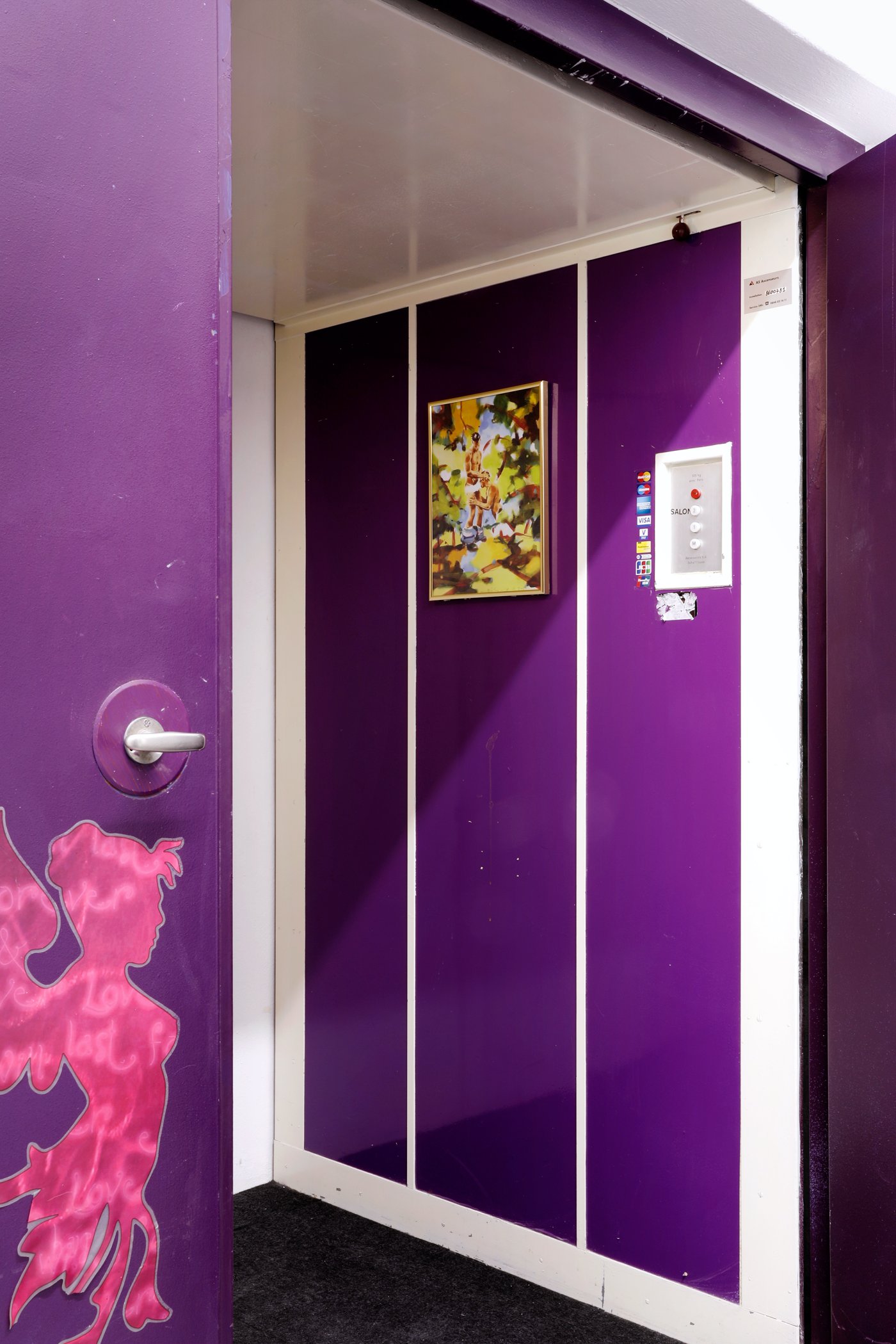 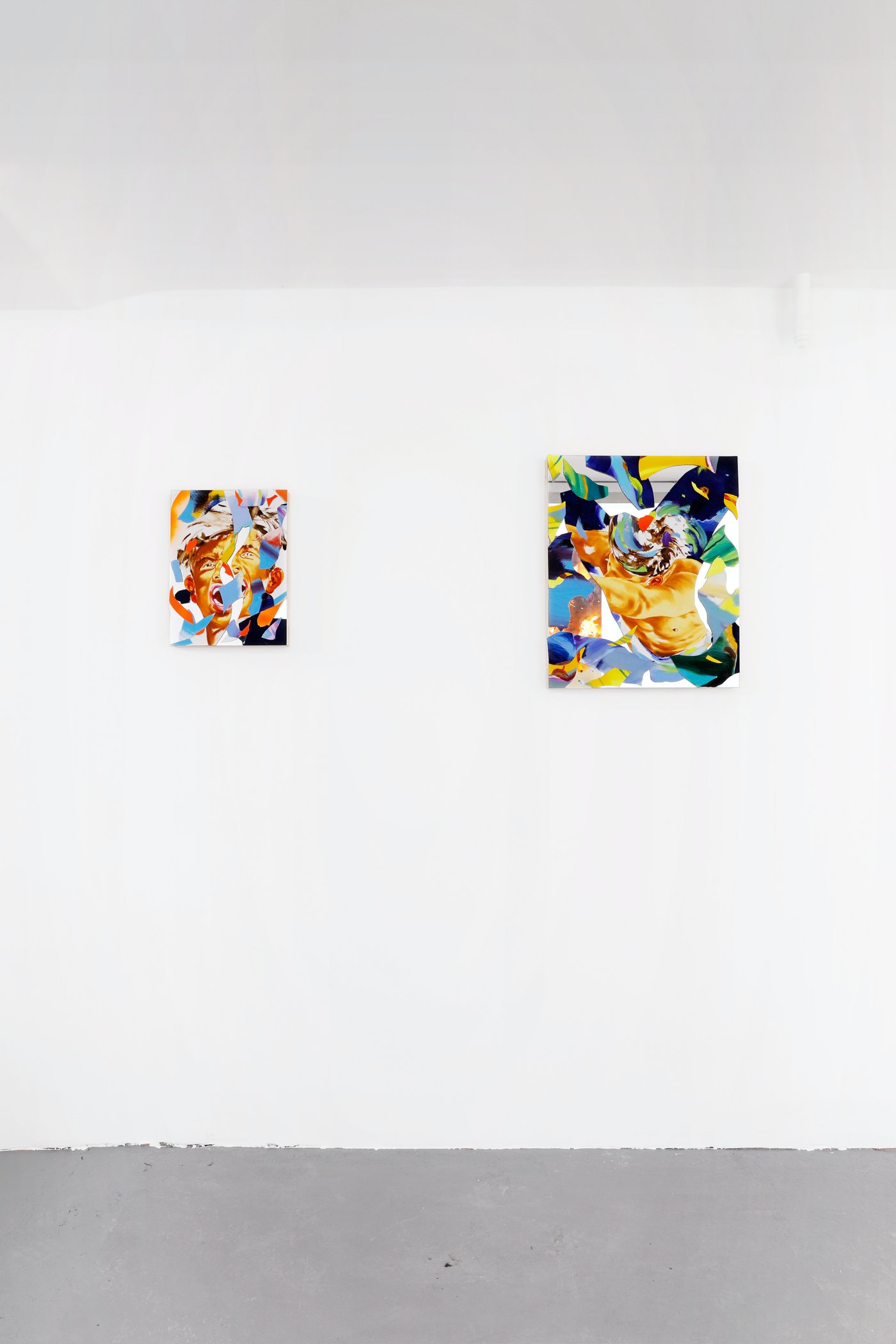 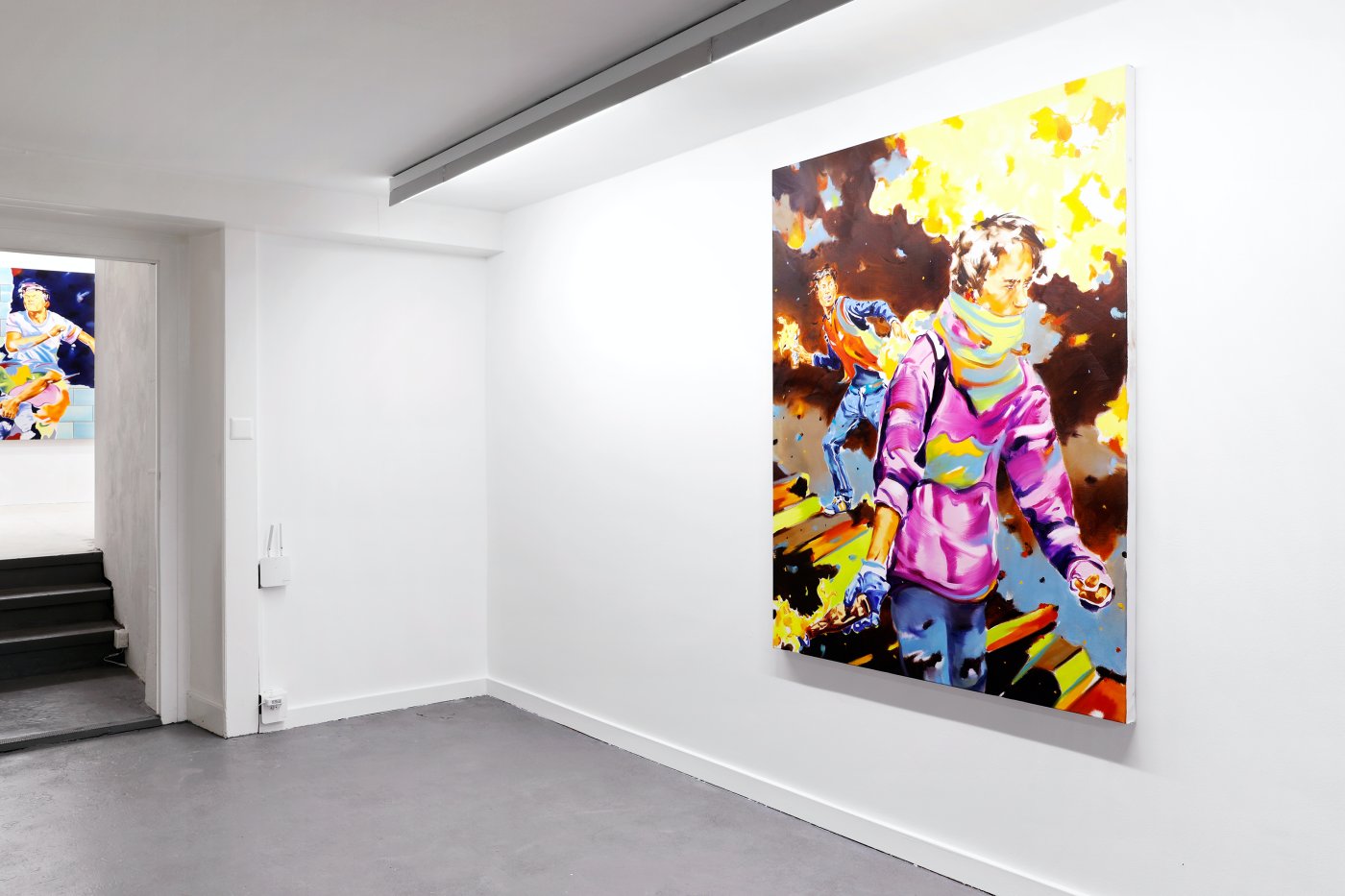 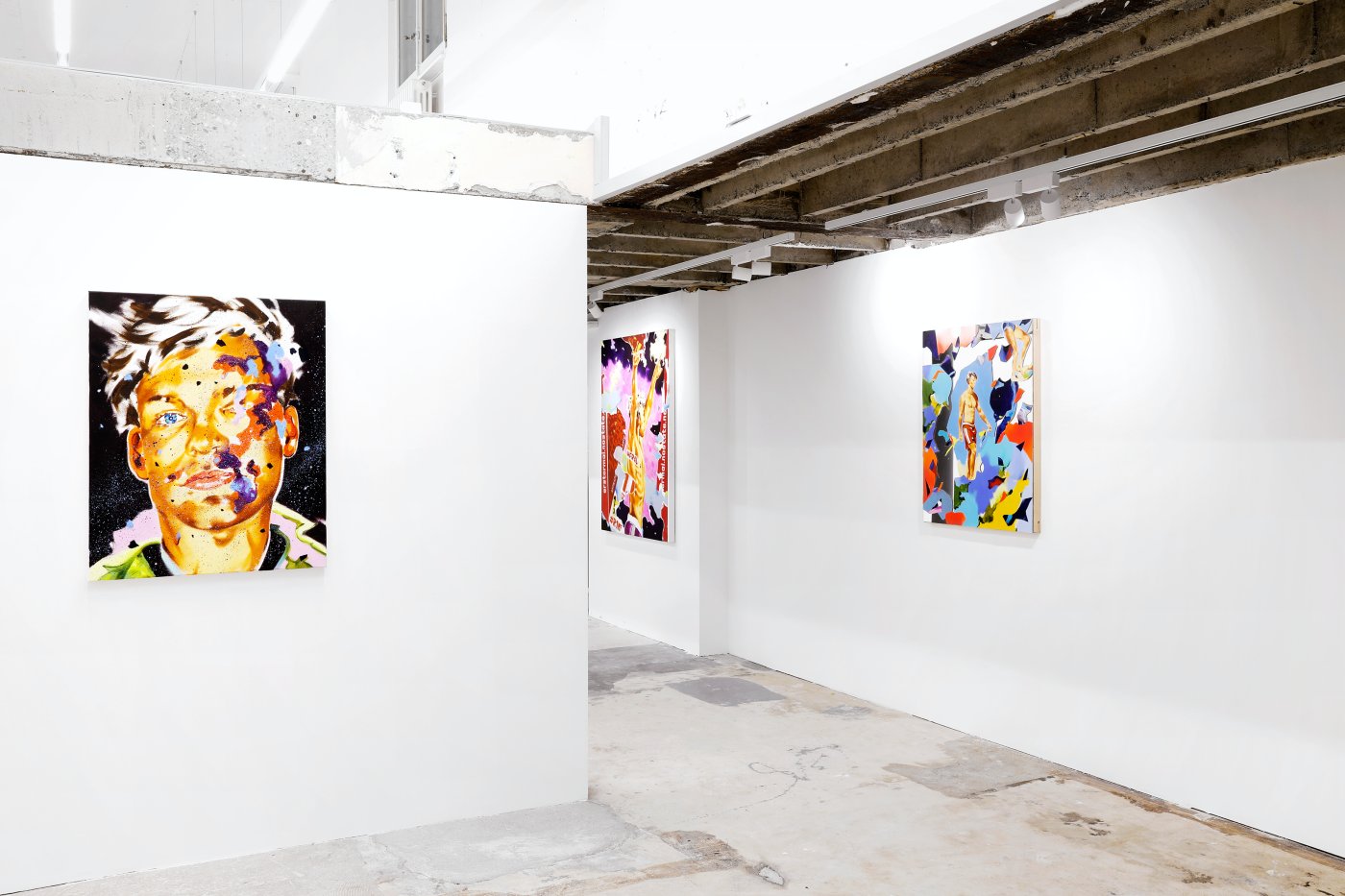 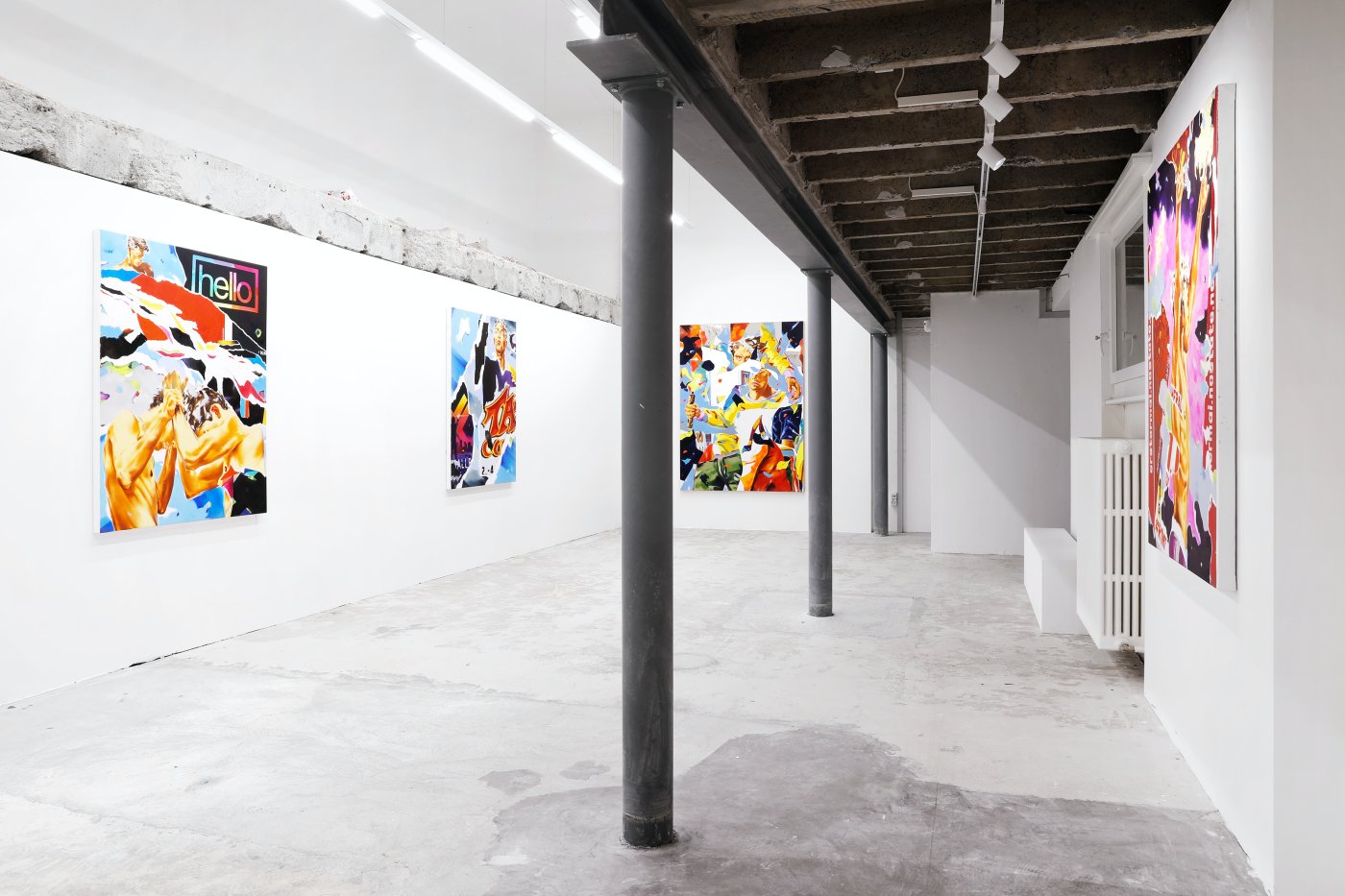 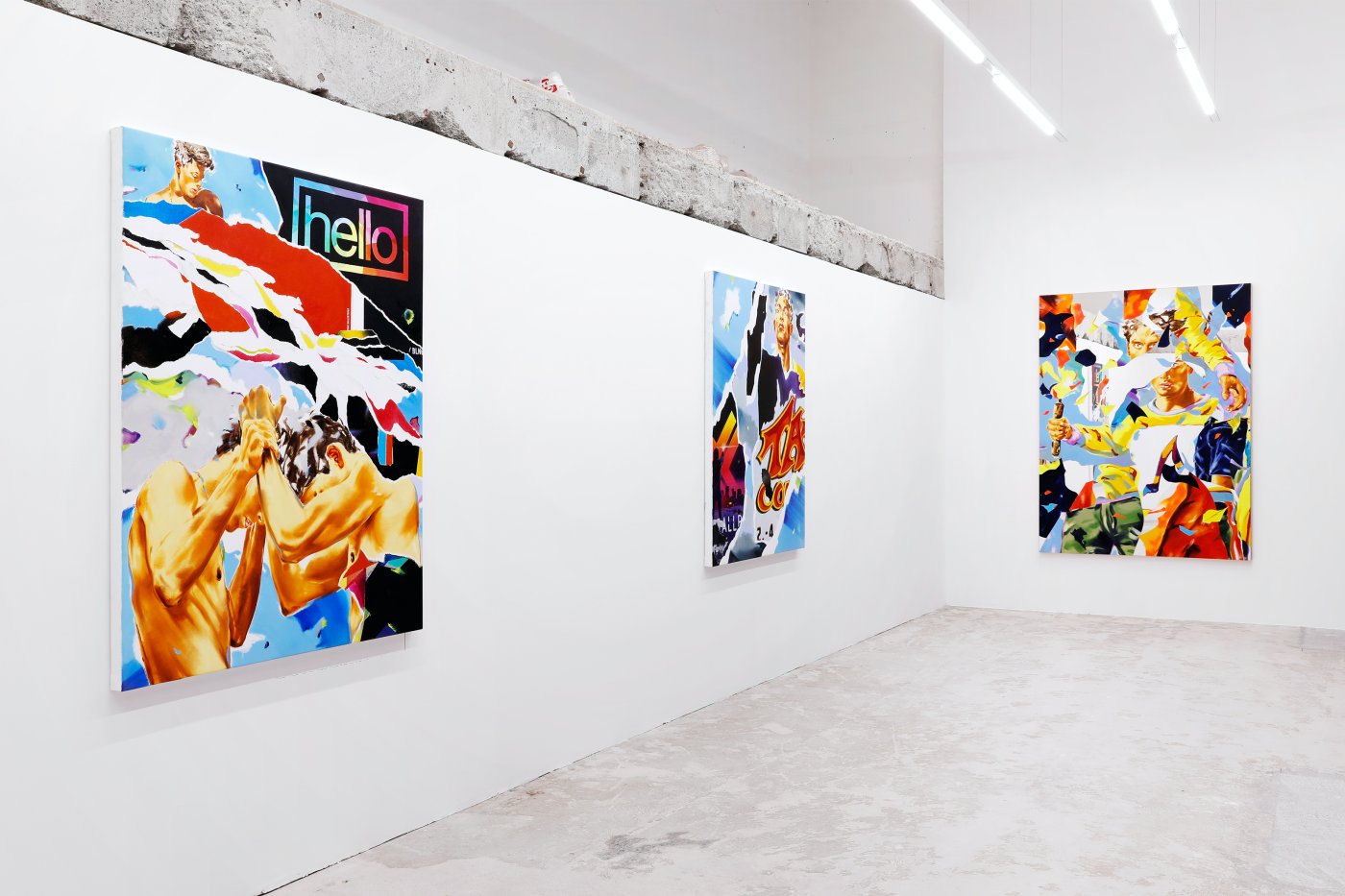 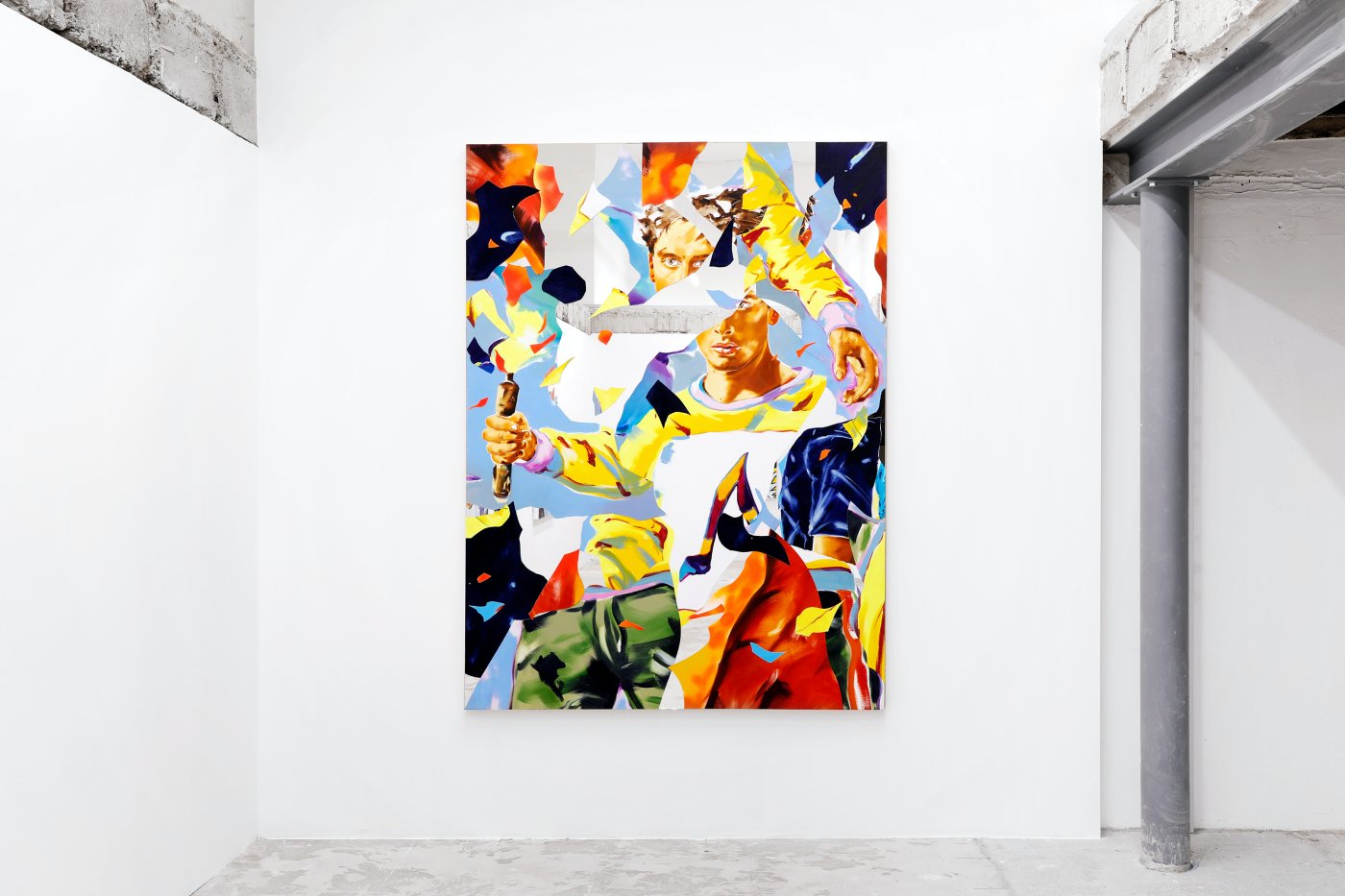 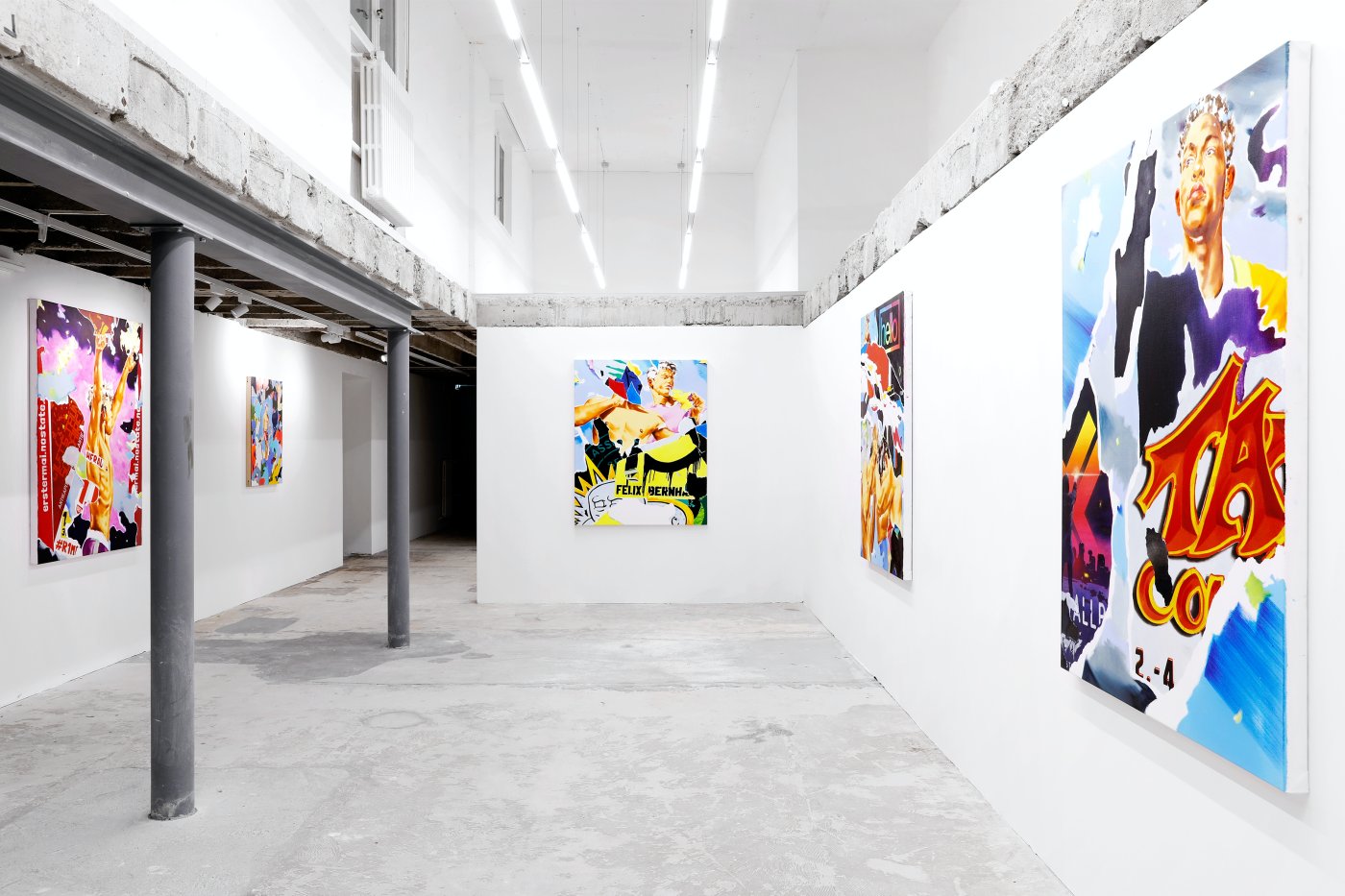 Even in more settled times the work of German artist Norbert Bisky has centered around the instabilities of contemporary life. His first solo exhibition in Lausanne coincides with a period of extreme economic disruption and social upheaval that make the fragmented chaos characterizing his paintings appear almost prophetic.

On show for the first time will be large-format mirror pieces that place the onlooker directly in the image, blurring the line between the concrete gallery space and the space of meaning evoked by the image shreds placed on the reflecting surfaces. Using a new technique, Bisky dissects painted canvases, destroying what has been created only to rearrange the pieces, leaving blank spaces of mirrored plane.

In addition, a series of paintings and works of paper, all created in 2020, adopt motifs of erupting urbanity: the blueish-green tiles of Alexanderplatz station in Berlin adorned with ripped posters and scrawled graffiti. Symbols of resistance in a hostile environment, punctuated with ultra-modern architecture reminiscent of stranded spaceships. The human figures appear not so much lost as struggling, kicking or silently screaming, not yet ready to comply.

While working, police helicopters circled Bisky’s studio, announcing the eviction of a squatted building soon to be substituted with a new shiny structure. The underlying theme of disparity provoking violent protest is also reflected in his latest paintings – some subjects appear to be throwing Molotov cocktails – giving them the decidedly political edge that the artist had retreated from over the last couple of years.

Having grown up in the former GDR, in a household devoted to communism, Bisky’s relationship to revolutionary pathos is ambivalent. By over aestheticizing common references to anti-capitalist uprising he ultimately exposes them as meaningless and banal. Free floating symbols that can be used to advertise the latest fashion trend just as effectively as stirring up a riot.