“…that most nomadic of all qualities, the ability to think in diverse and divergent ways.”
– Anthony Sattin 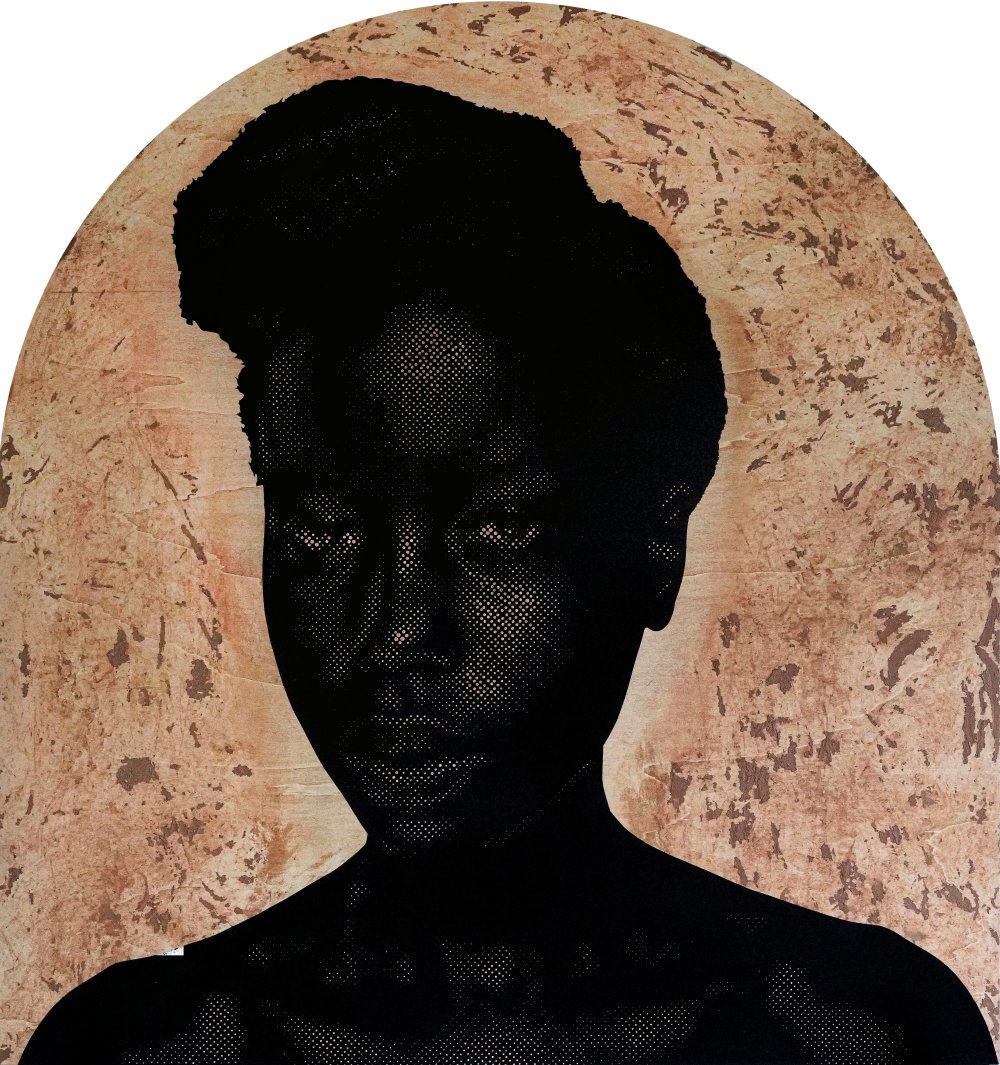 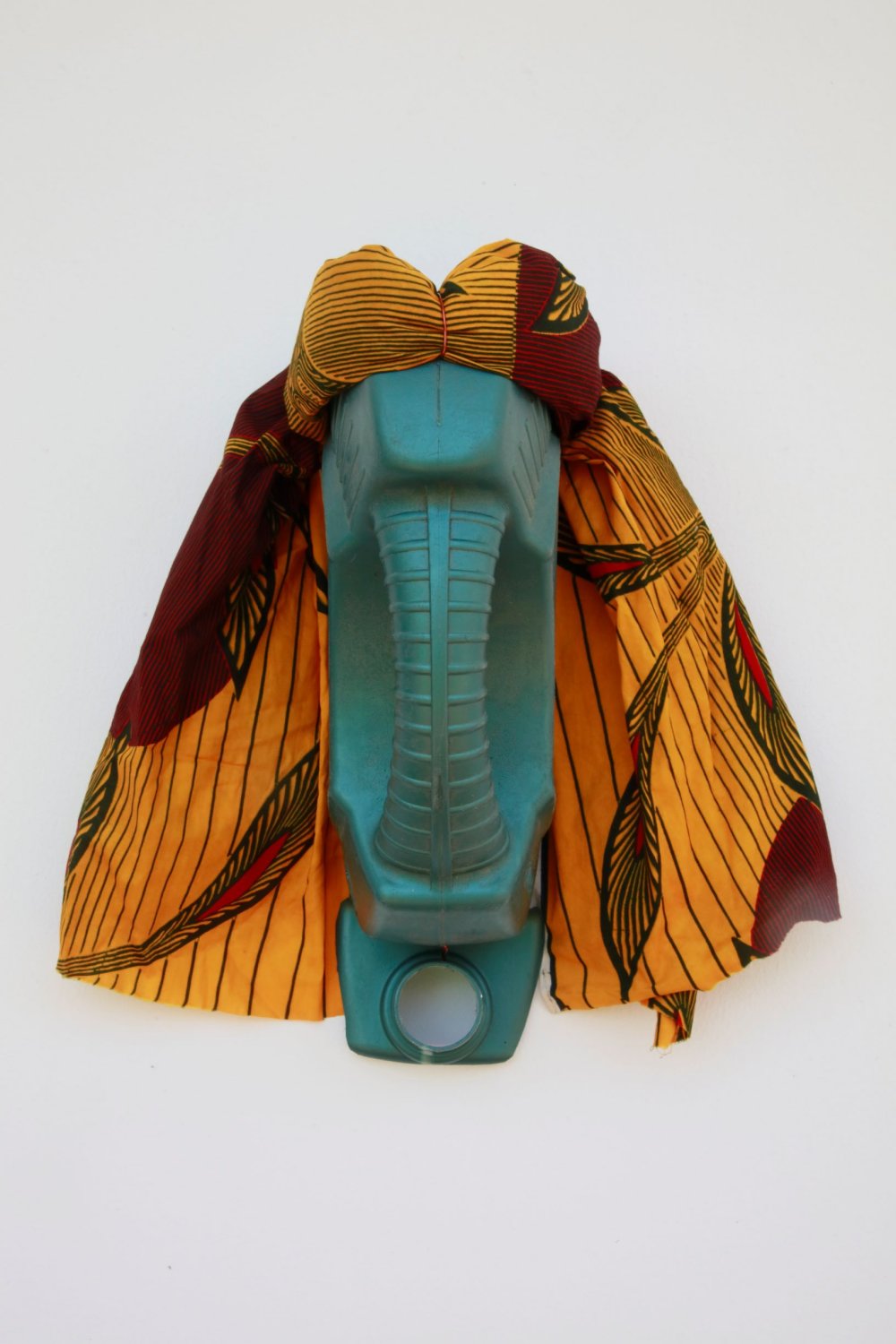 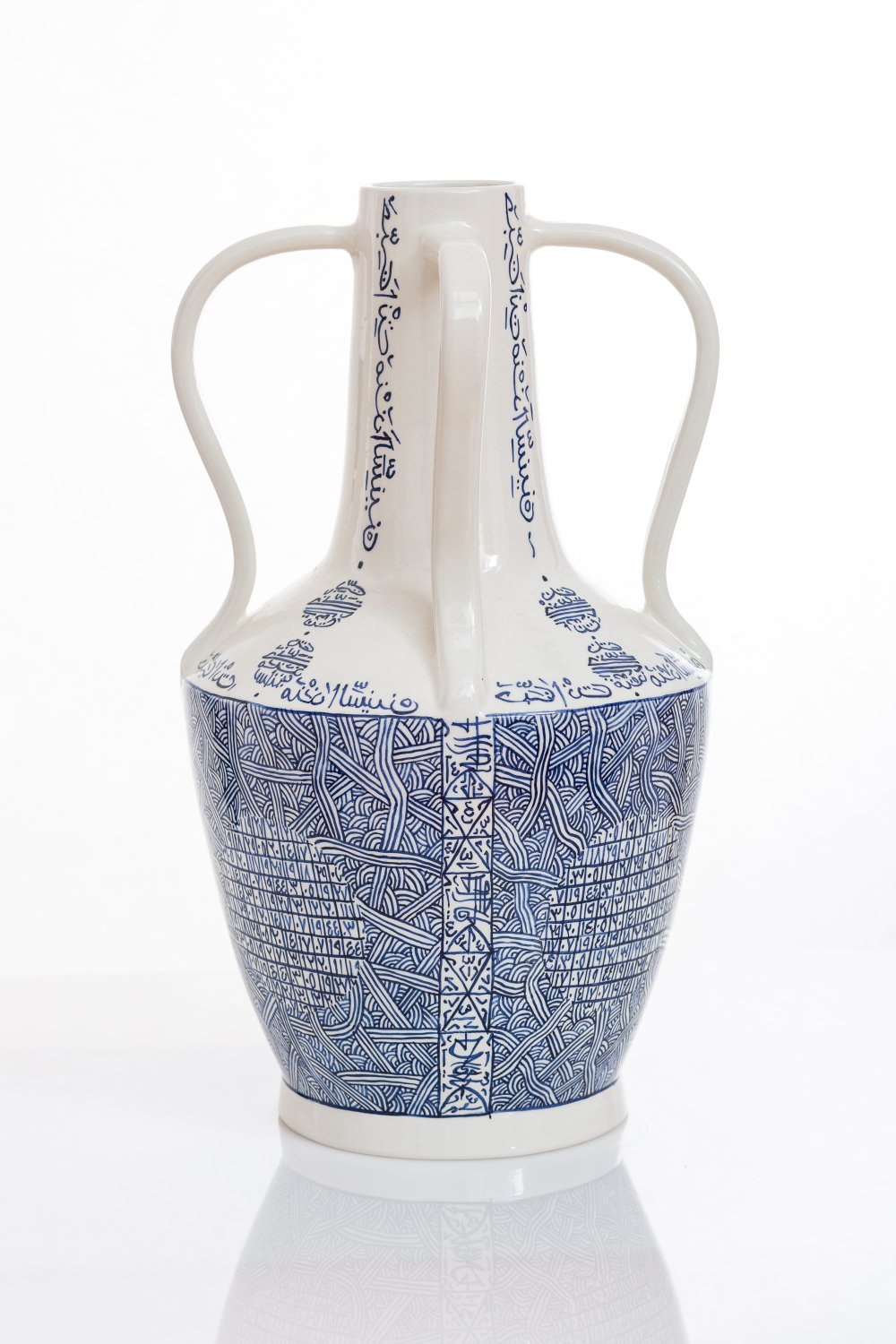 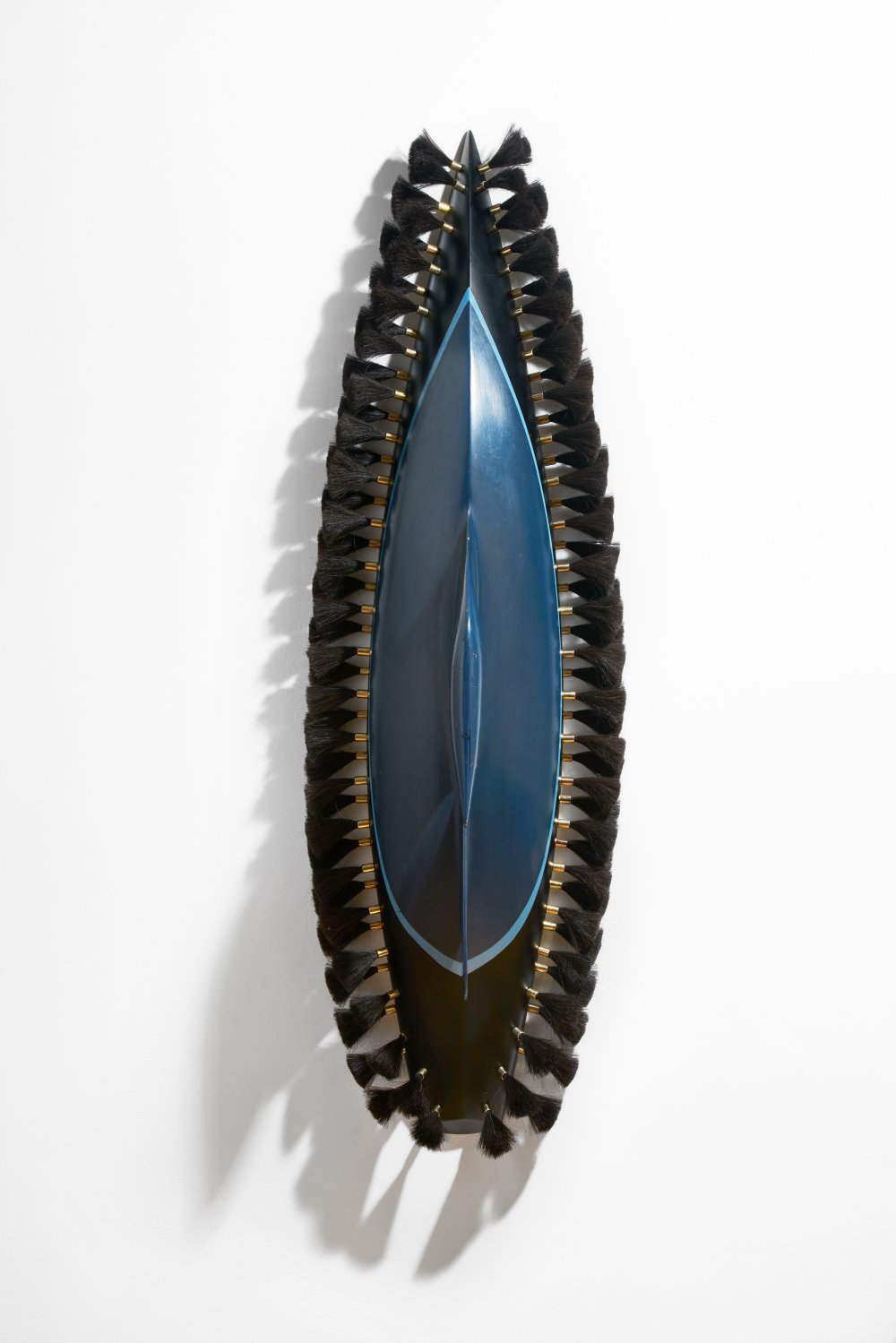 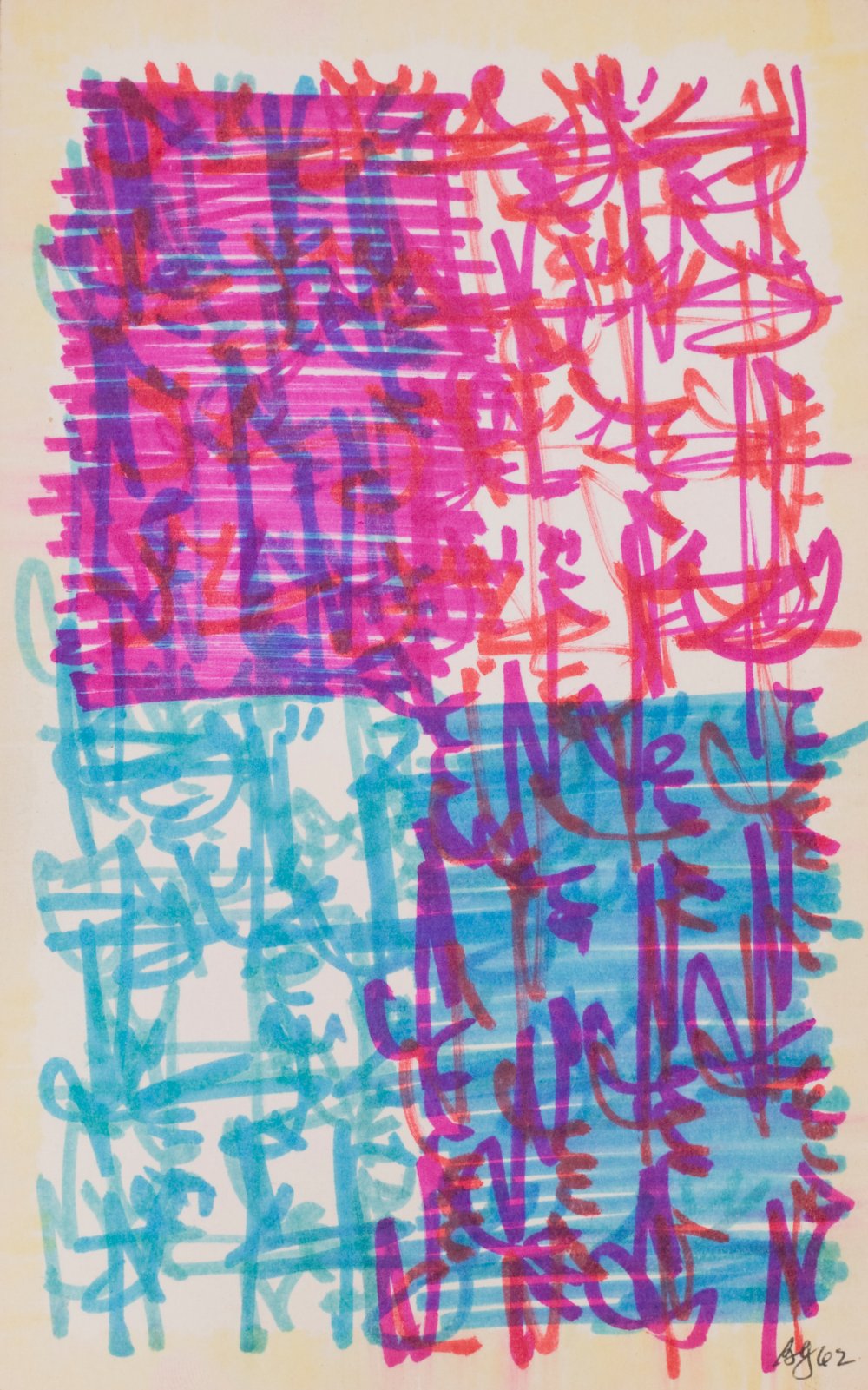 Brion Gysin
Through the Window of my Room in Peggy Guggenheim’s Palazzo Venier dei Leoni, 1962 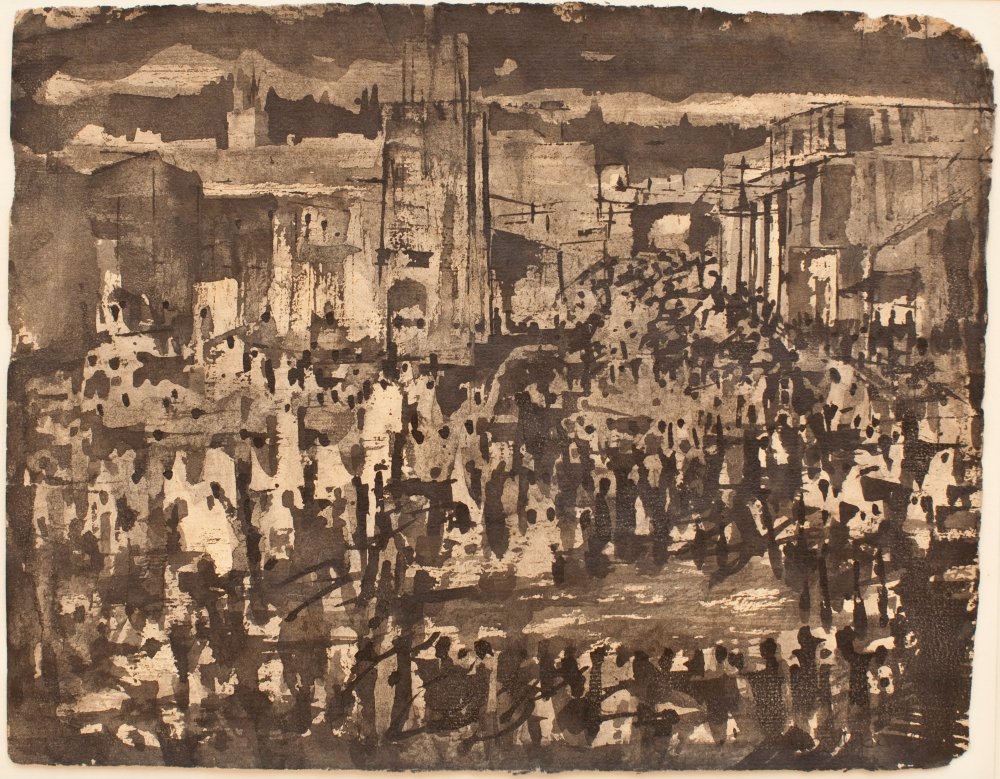 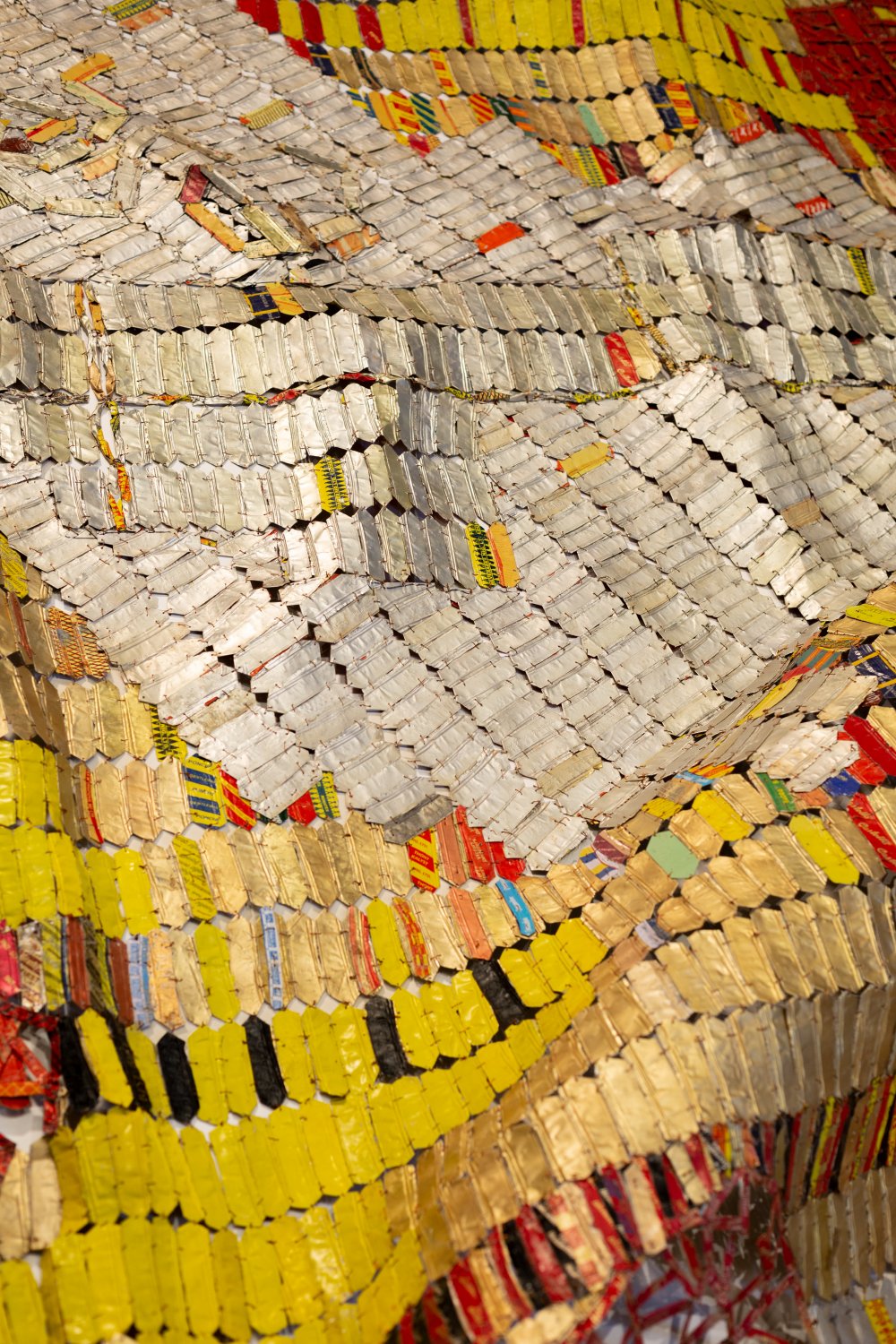 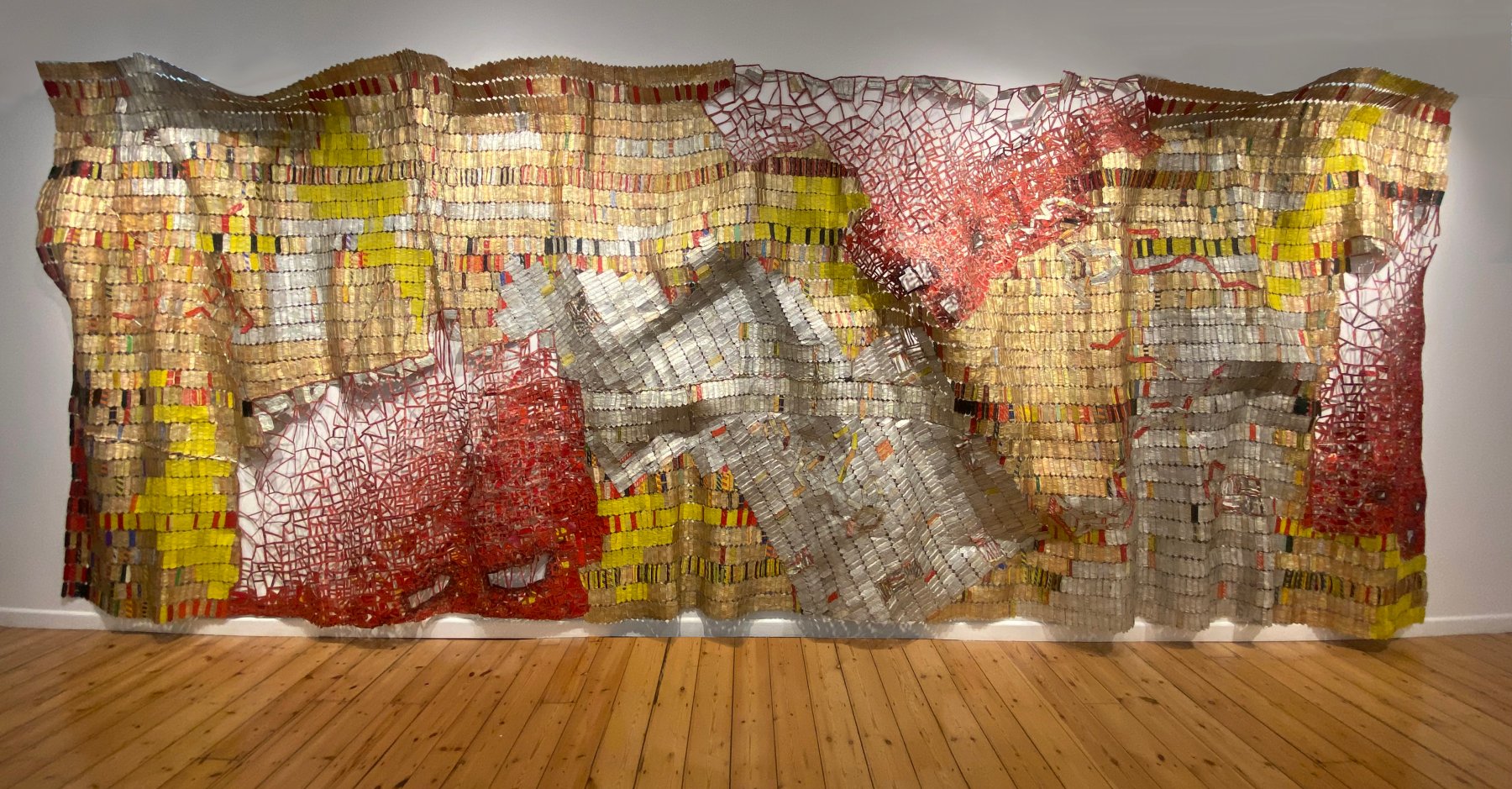 The show includes a new, large-scale work by El Anatsui, who first coined the term ‘nomadic aesthetic’ to indicate the broad range of freedoms discoverable within his sculptures. The modularity of these emergent material structures, composed of metal bottle-caps, confers an ease in folding, packing and transporting them to different sites, and allows them to hang in a wide variety of arrangements. This topological flexibility lets both artist and curators explore a surprising range of spatially adaptive reconfigurations.

Alexis Peskine reflects his own compound, multi-cultural heritage by making work in a variety of places, as he travels the world to take up residencies in Senegal, Brazil, Angola, Italy and Cameroon. A selection of the signature gold leaf on nail ‘portraits’ created by this actively peripatetic artist, in a recent visit to Florence, will be shown.

Sylvie Franquet has travelled extensively in North Africa and the Middle East, and has spent her life making art while on the move. Franquet explores the practice of stitching found materials together, a process she considers to be simultaneously subservient and rebellious. Only by engaging in alternative ways of investigating our world can the inquisitive needle pierce the limiting layers of artistic conventions.

Also featured will be photographs of the Dinka people of Southern Sudan by Carol Beckwith and Angela Fisher. The well-known images of these inveterate and intrepid travellers portray the complex lives and cultures of the many African peoples and cultures, both nomadic and settled, that continue to inspire their outstanding work.

Finally, Romuald Hazoumè claims that the aré, or traditional Yoruba artist, must travel and settle amongst other peoples, creating for and learning from them – before again moving on. Hazoumè makes ironic use of the ubiquitous plastic jerry can (made in Germany) to create his iconic masks. By ‘repurposing’ these and many other alien objects sent to Africa, he ‘returns them on their journeys’, sent back as his outspoken messengers to hang on the walls of international galleries and museums.

Each of these selected artists strikes unique resonances from the nomadic aesthetic Anthony Sattin weaves so eloquently into the pages of his remarkable book.