For the first time in the UK, Hamiltons Gallery presents a series of rare, unique sumi ink drawings by Nobuyoshi Araki. These unseen artworks are presented alongside a series of well-known photographs from the artist’s career. 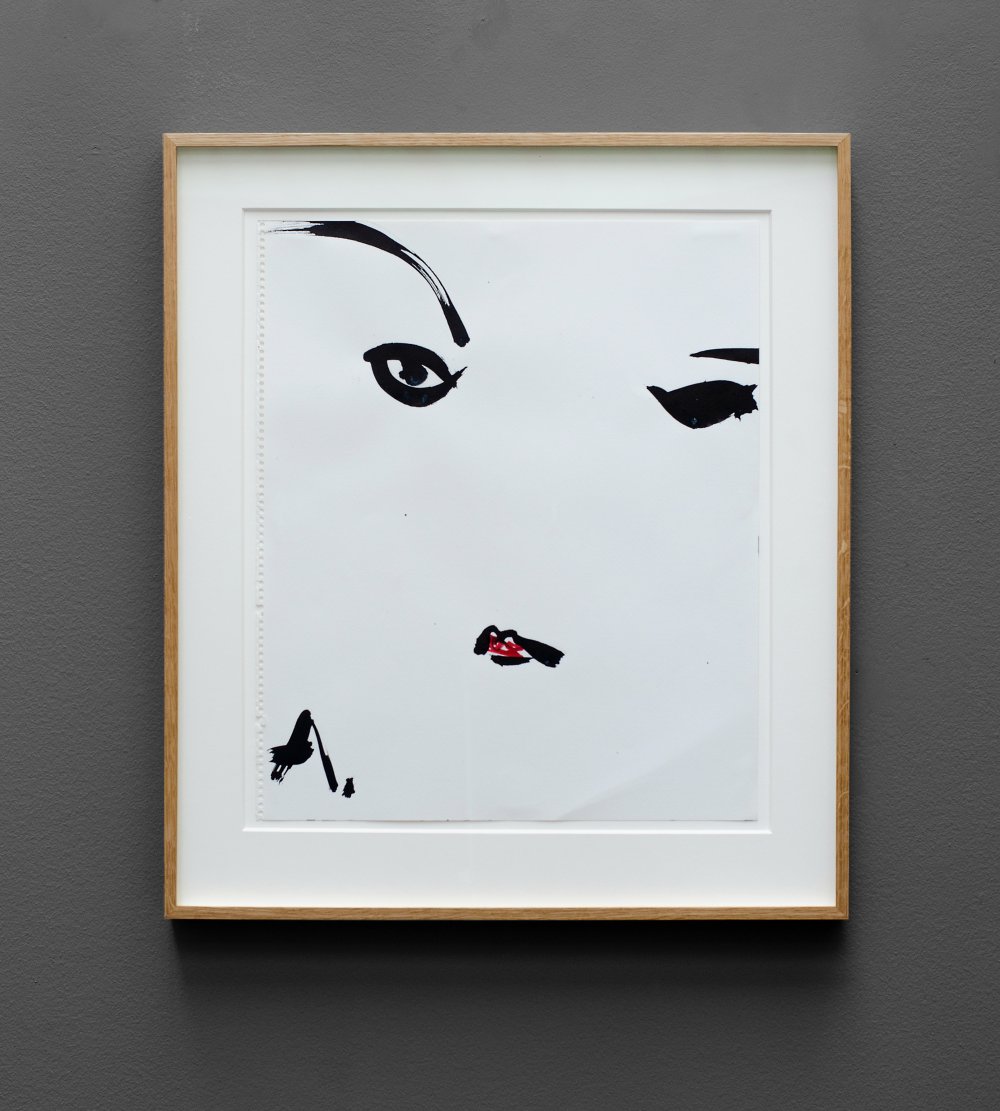 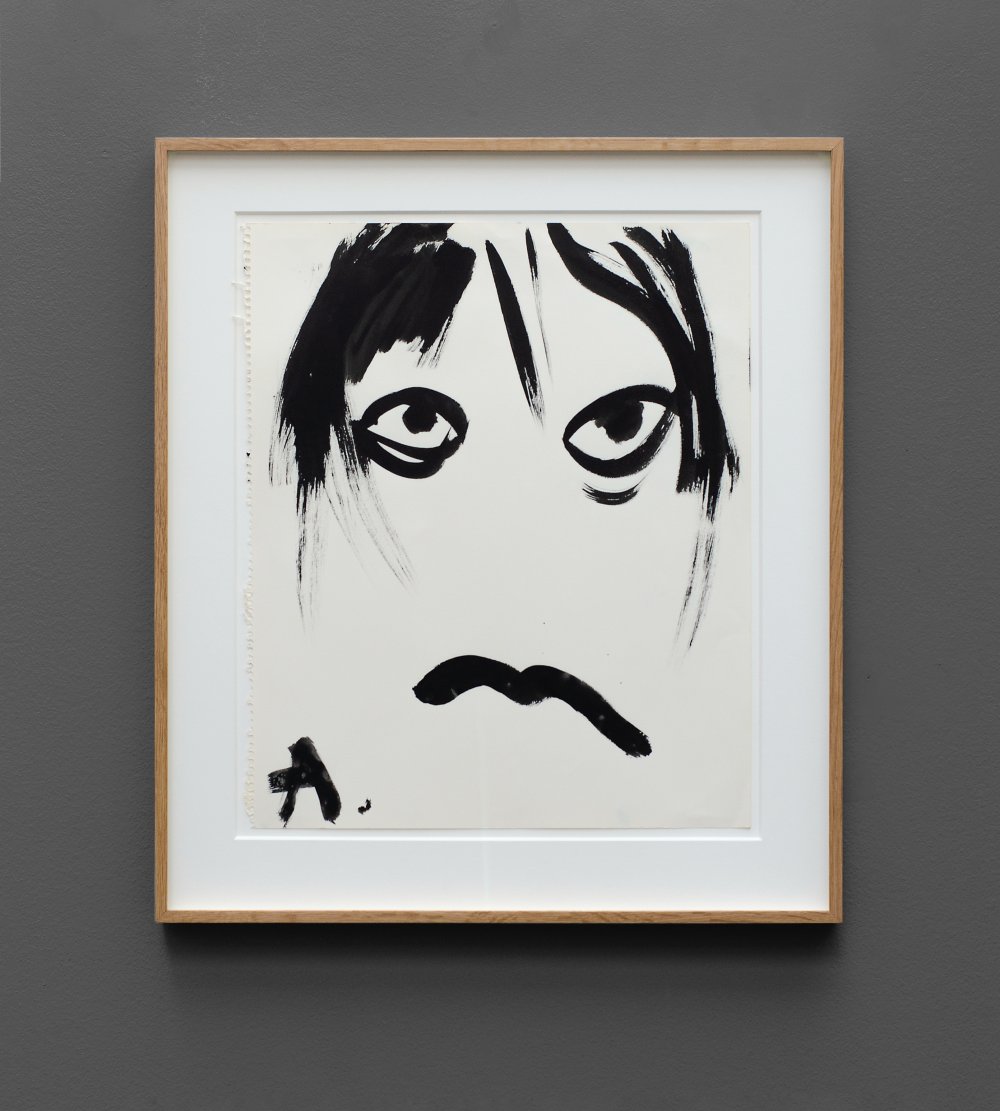 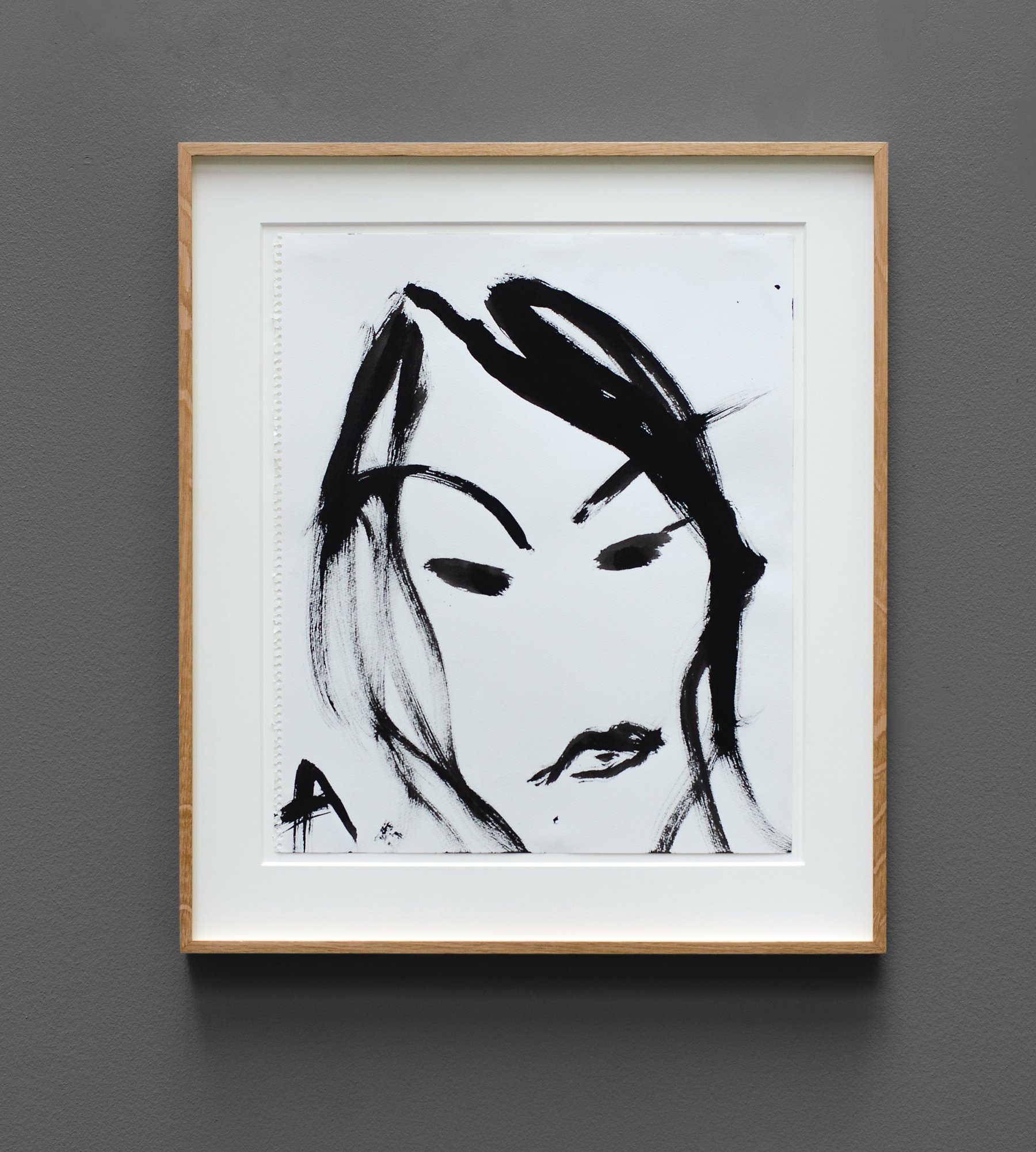 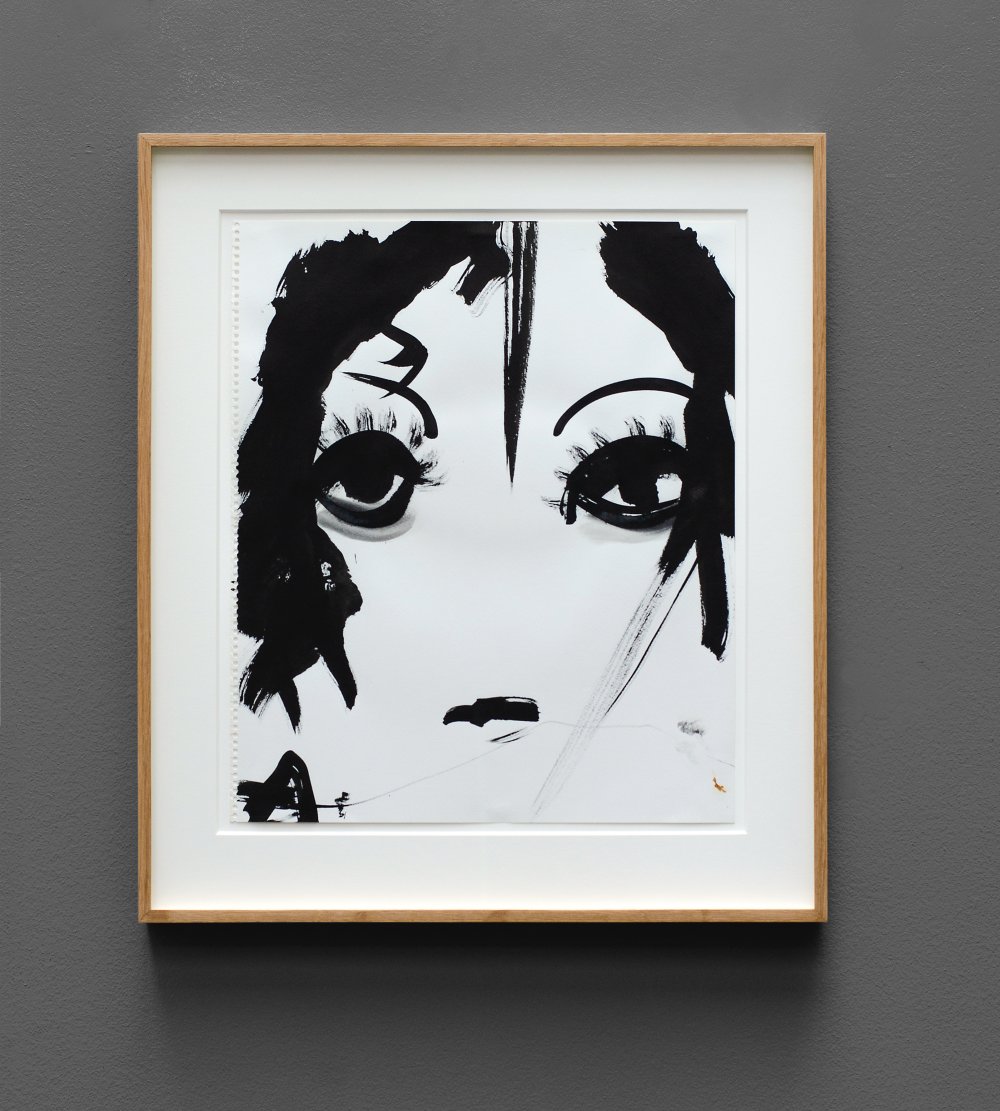 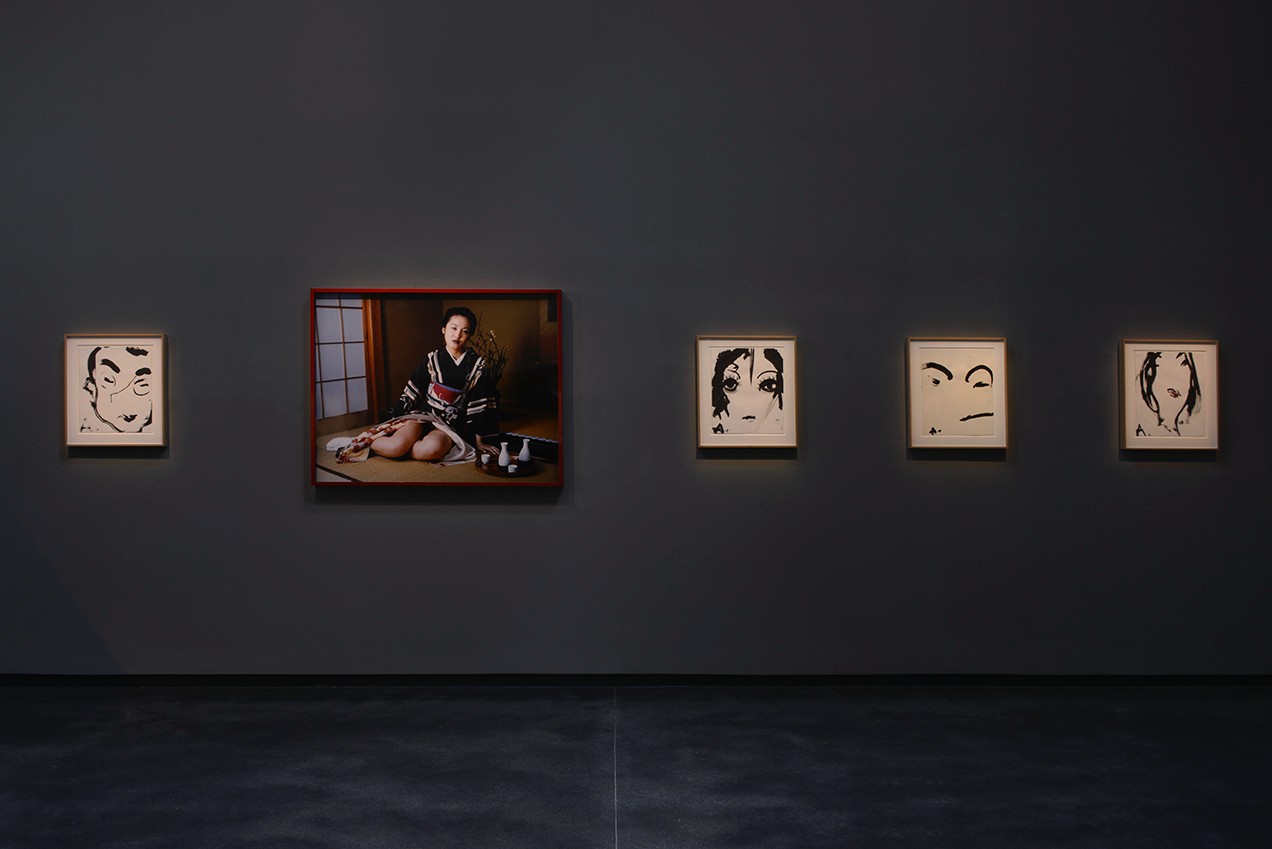 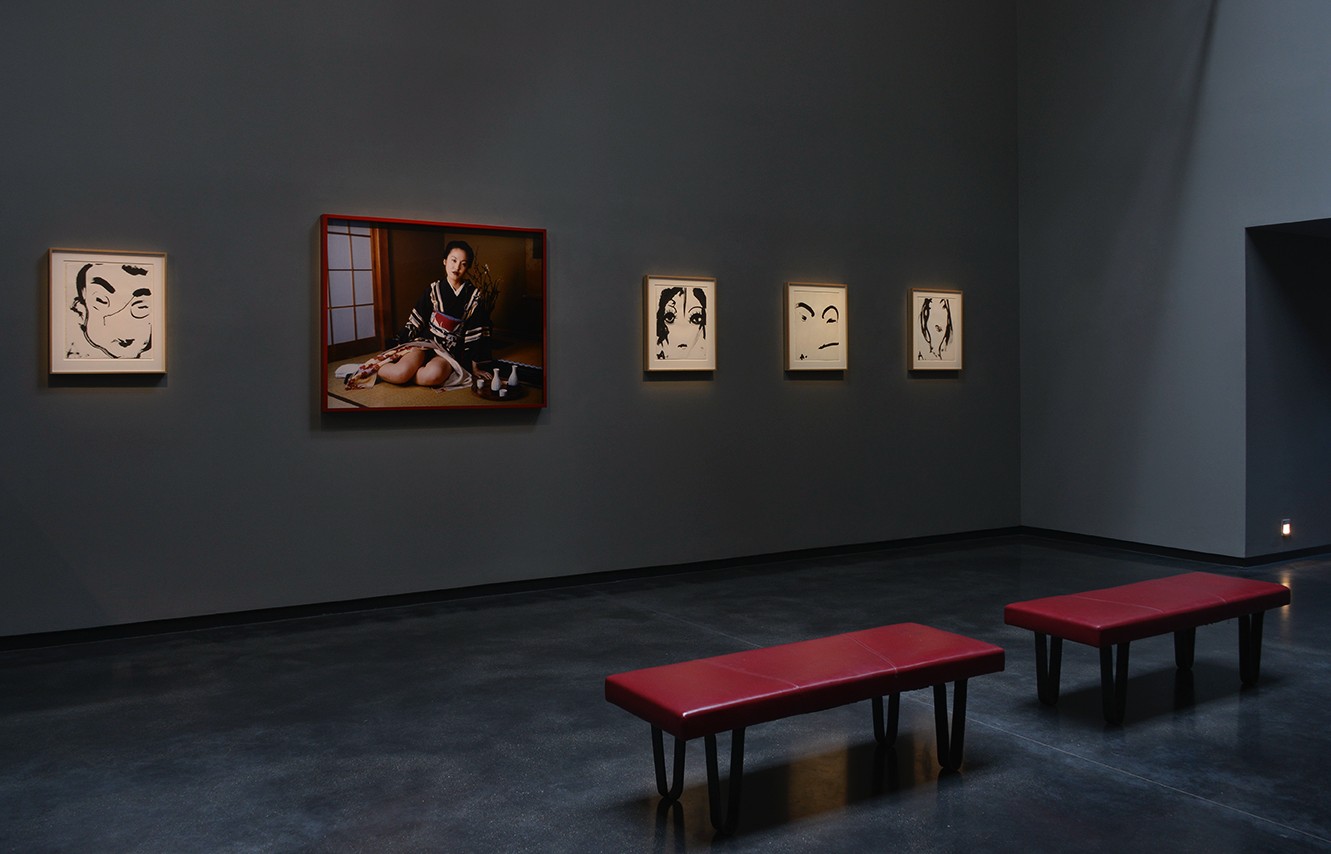 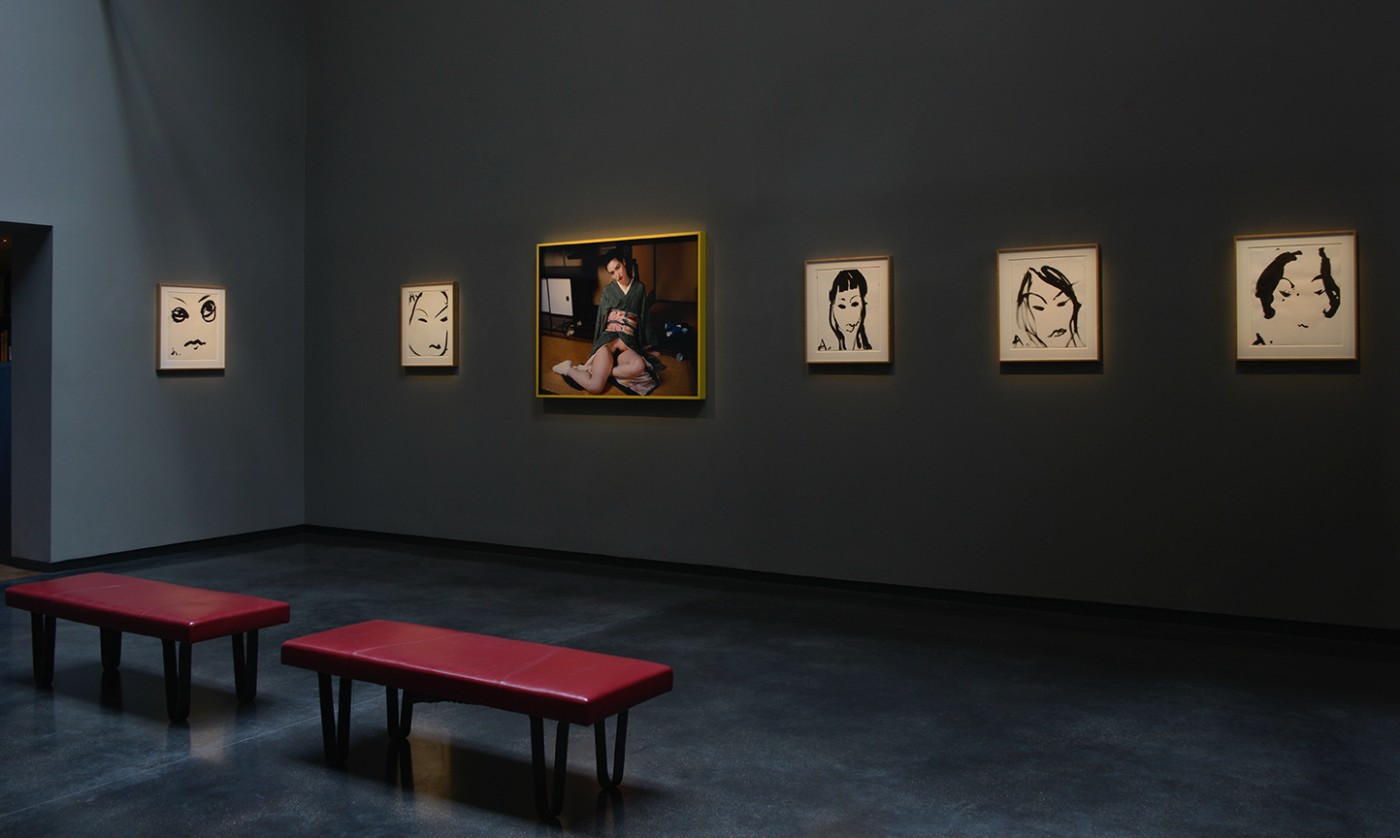 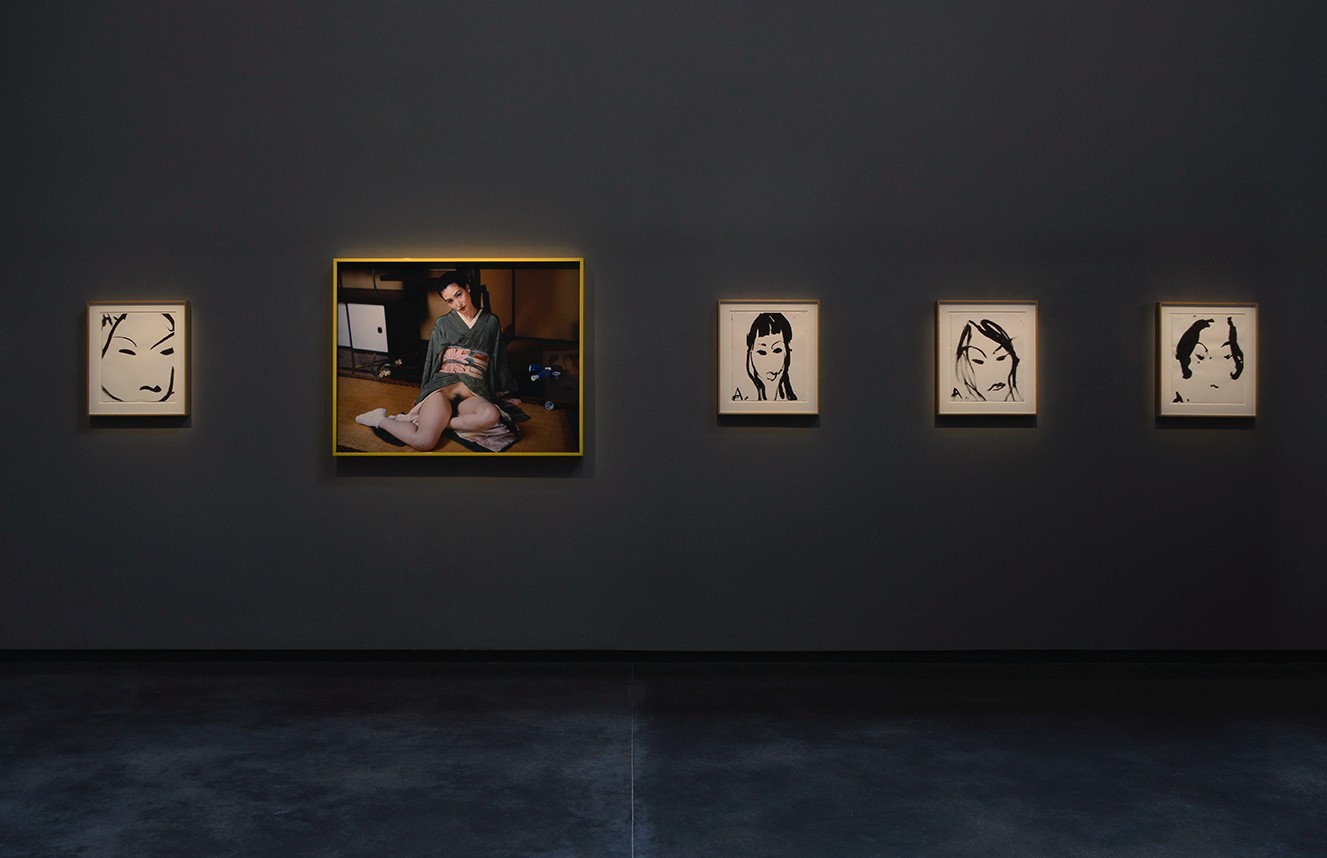 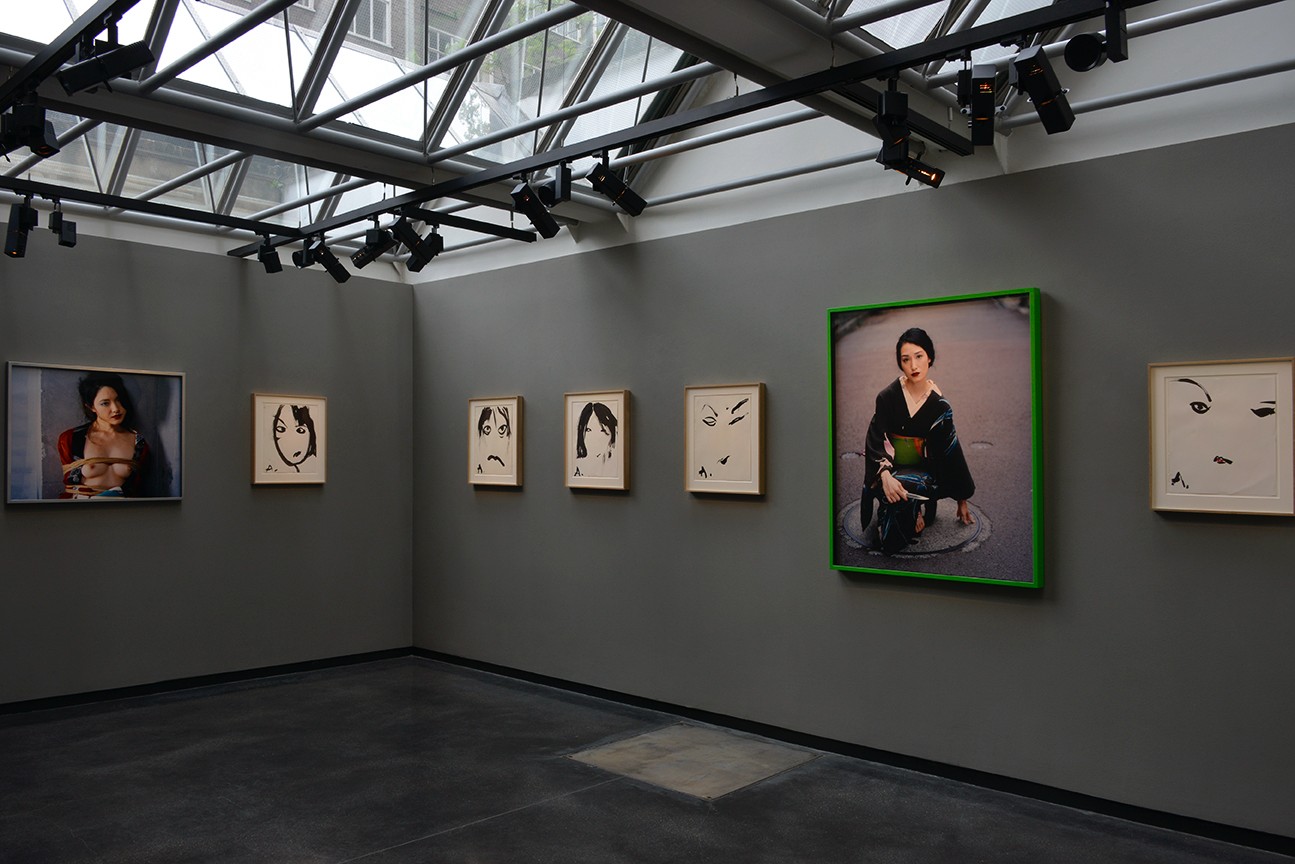 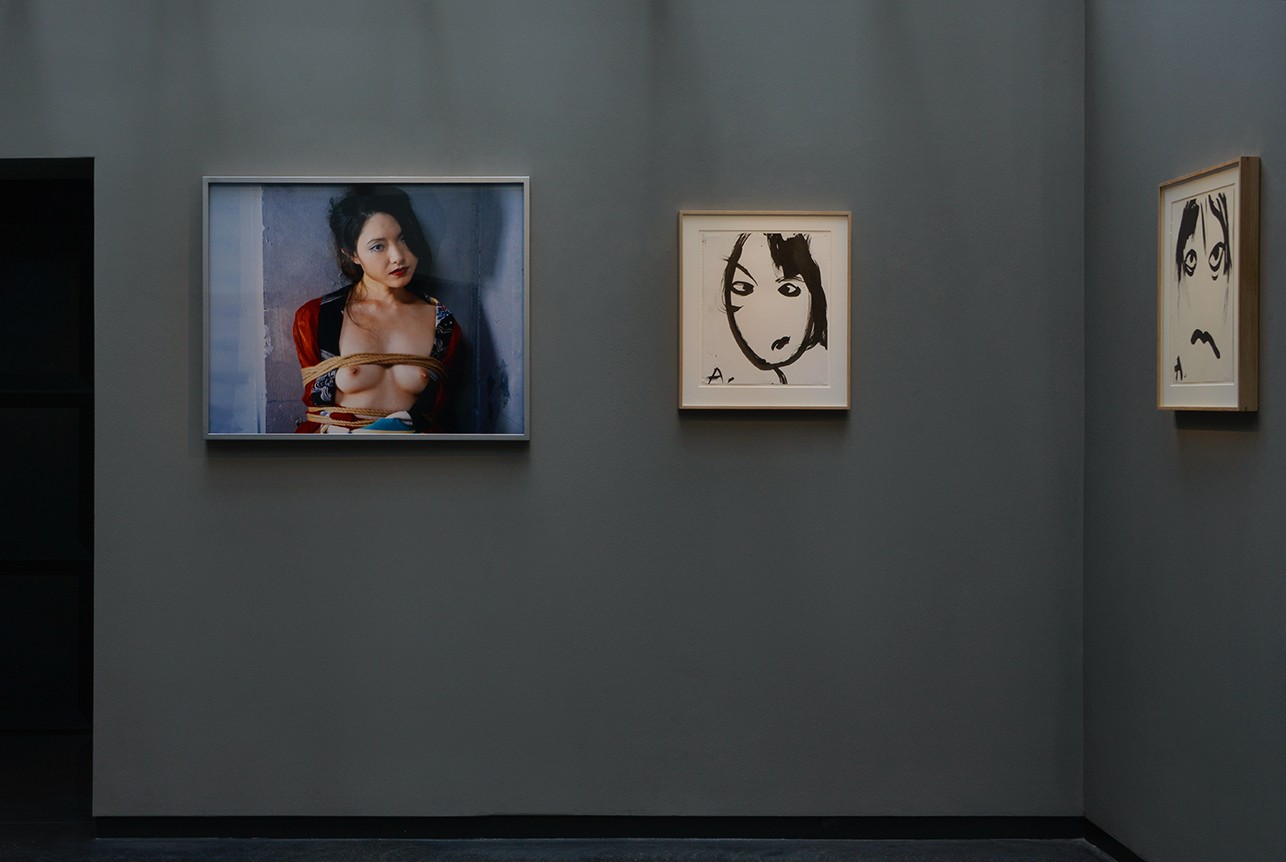 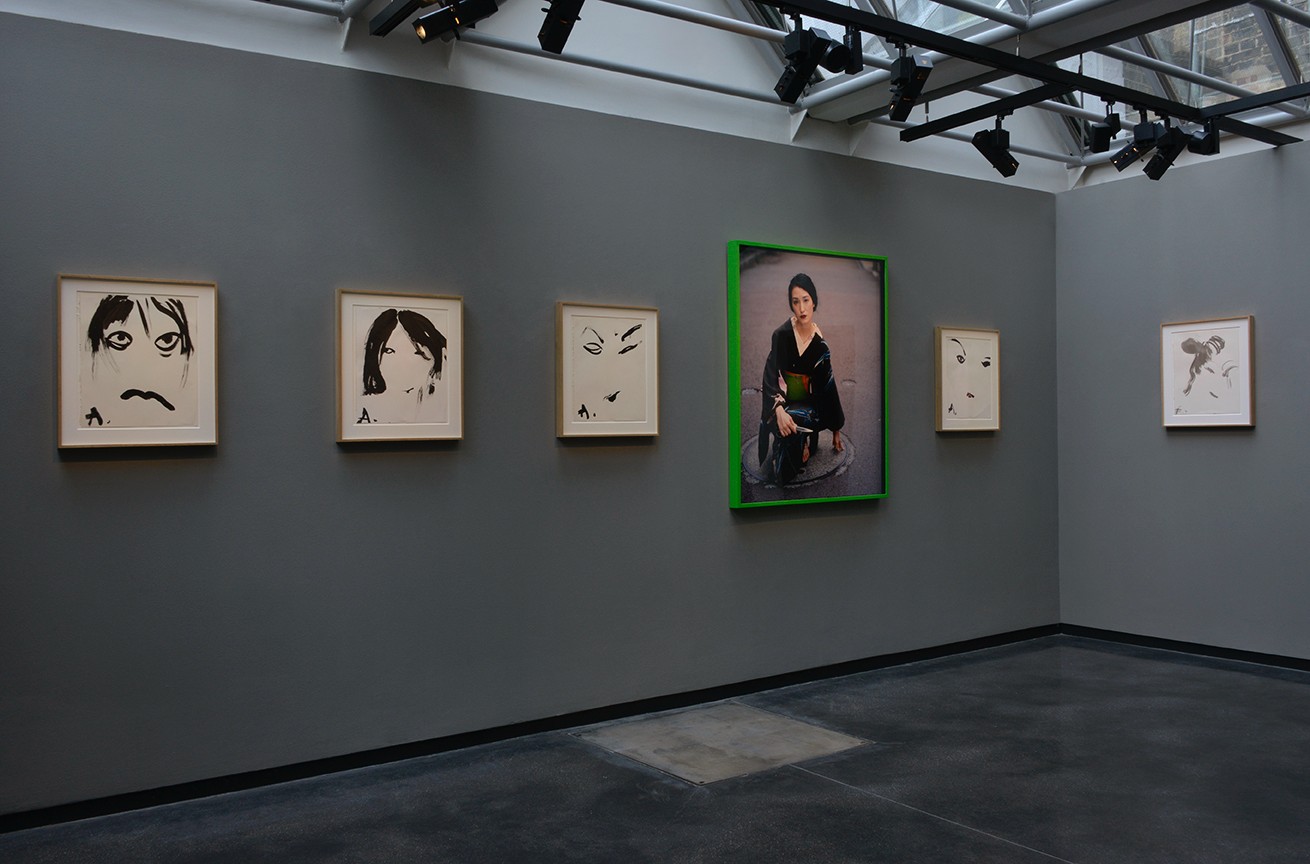 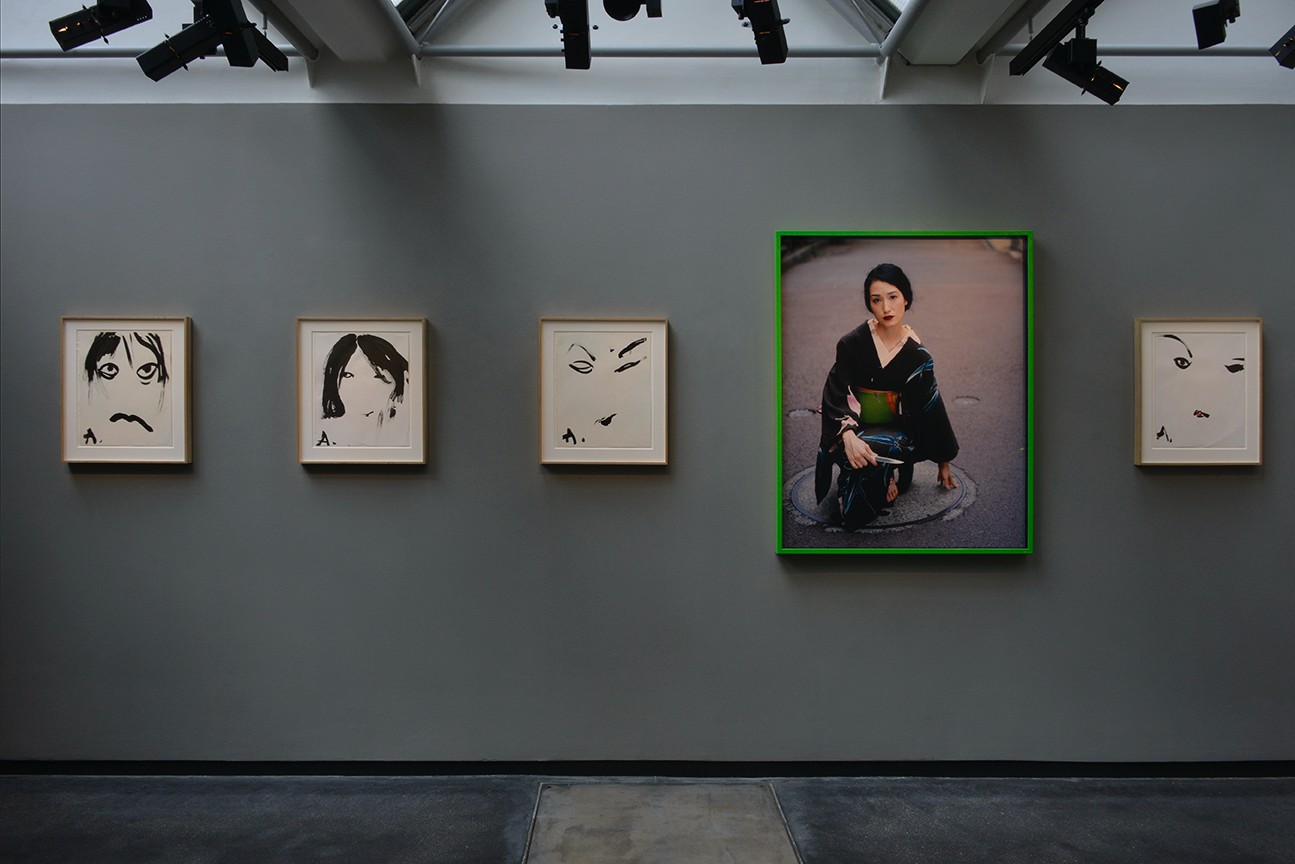 Nobuyoshi Araki is one of Japan’s most renowned photographers and contemporary artists. Araki’s work is often controversial, but his artistic genius is undeniable; every image reveals extreme technical mastery which influences many creative fields, including photography, film, painting, and in this case, ink drawing.

Araki’s inspiration for these expressive ink drawings derives from his regular jaunts in Tokyo’s Shinjuku district at a bar named Hanaguruma, which translates to ‘Flower Carriage’. The artist spent many nights in Hanaguruma, where he would sketch portraits, photograph, drink and generally hang out into the late hours. The tiny bar, which closed its doors in 2015, consisted of a simple counter and two seats, and was frequented by an array of visual artists and peformers from Nan Goldin, Robert Frank to Bjork and Lady Gaga. Those who visited were encouraged to make their mark on the walls with signatures, drawings, and Polaroids.

The portraits that Araki created in Hanaguruma were made using sumi ink which is an ancient monochrome ink derived of specific soot, ground with water and gelatine, used for calligraphy and painting. The technique of sumi ink drawing first developed in Japan around the mid-14th Century and is the embodiment of Japanese aesthetics. Using a simply made, natural black ink often applied to handmade paper, the artists are able to capture a timeless beauty and complexity of the natural world.

The focus of the art of ink drawing or sumi-e has since its inception has been on the quality of the line, the goal of sumi drawing is not to accurately represent a subject but instead to convey a general sentiment or feeling of it. The bold or subtle use of brushstrokes allowed sumi artists to eliminate from their paintings all but the essential character of their subject. This is clear in Araki’s portraits from Hanaguruma; his lightning- quick sketches barley trace the outline of his subjects’ faces, sometimes with vibrant accents such as a blaze of red lips or the outline of an eye. The confidence with which Araki illustrates his sitters allows the viewer to imagine sitting next to him in Hanaguruma as his brush flashes across his sketchbook capturing the essence of everyone around him.

Hamiltons’ exhibition presents these drawings alongside several important photographs from the artists’ career. These prints reinforce the fact that the drawings are not only of passers-by, but of the women from his subconscious, his muses, his inspiration, and the source of his creative drive, included will be ‘Suicide in Tokyo, 1994’ and ‘Shino, 2002’. The drawings are, like the women in his pictures, the foundation of his identity and artistic practise.