“Billowing, flowing, and crumbling, the recent paintings of Noah Landfield, in Ephemeral Cities, chart vectors of movement, force, and energy as they play out in both natural and human-made manifestations.” – William Corwin, Brooklyn Rail 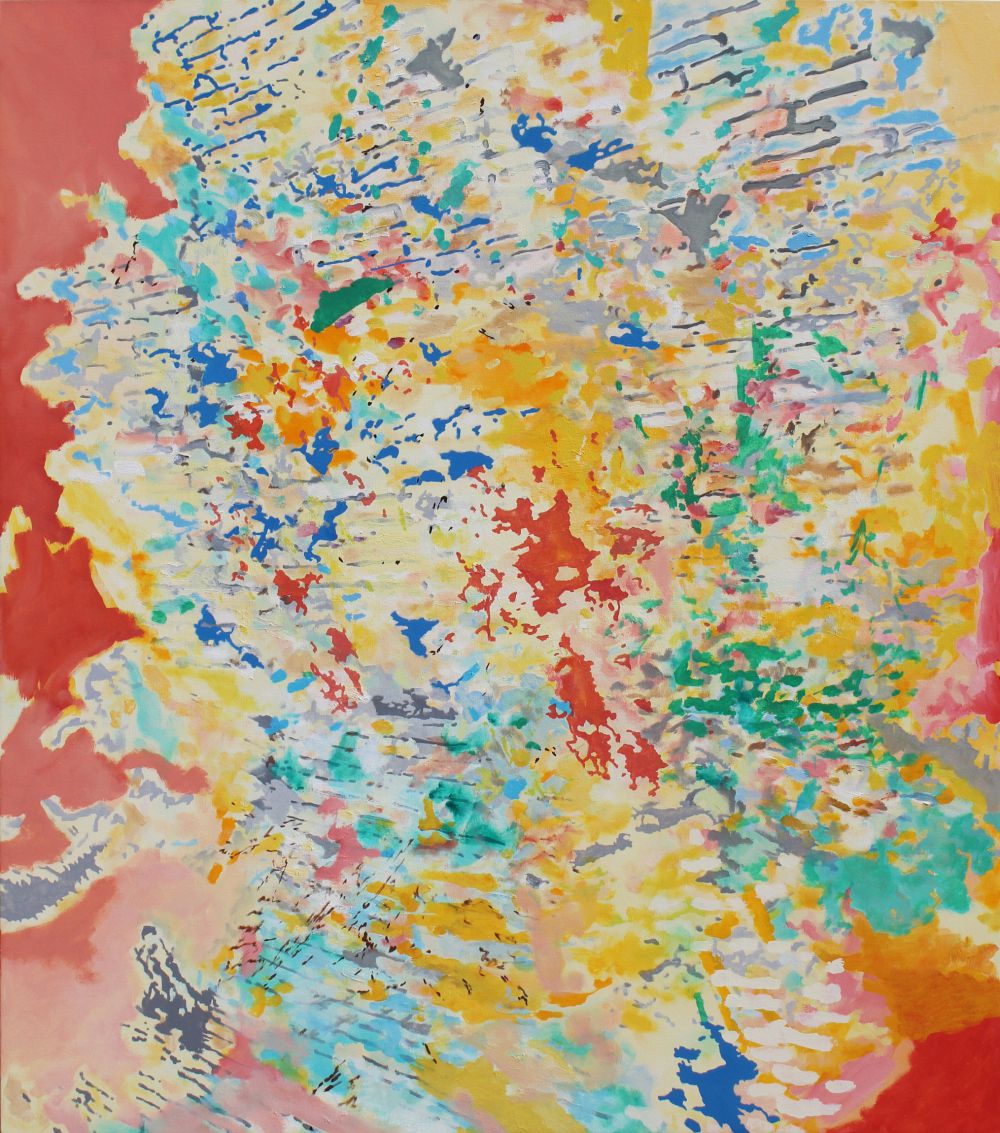 Noah Landfield
Walls in the Wind, 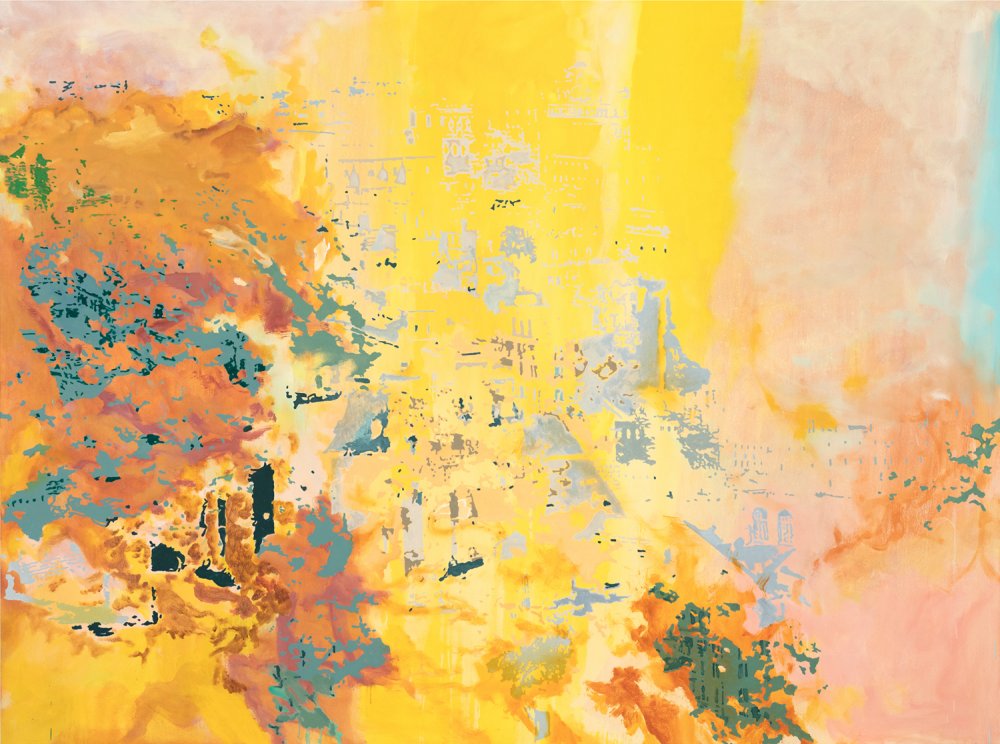 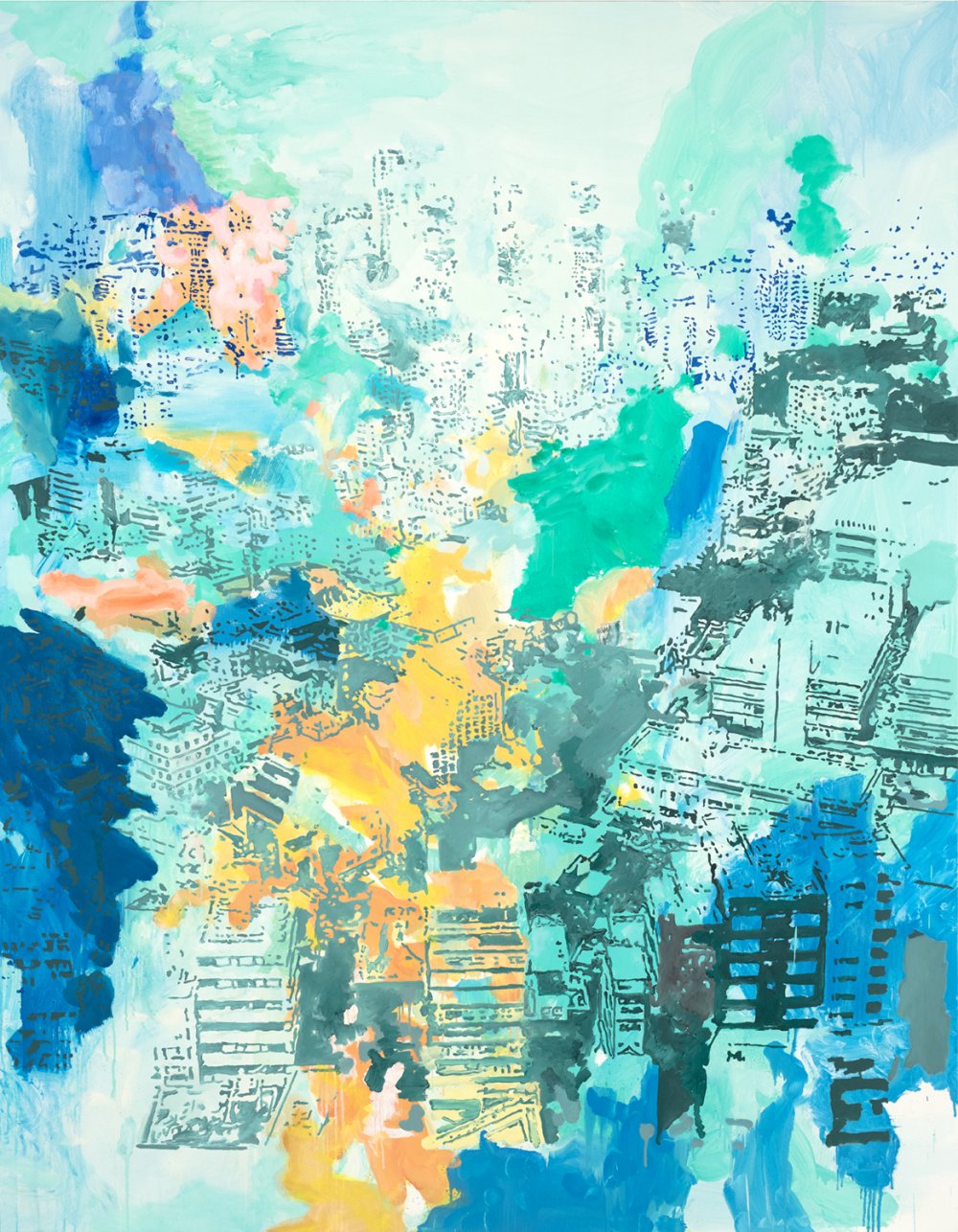 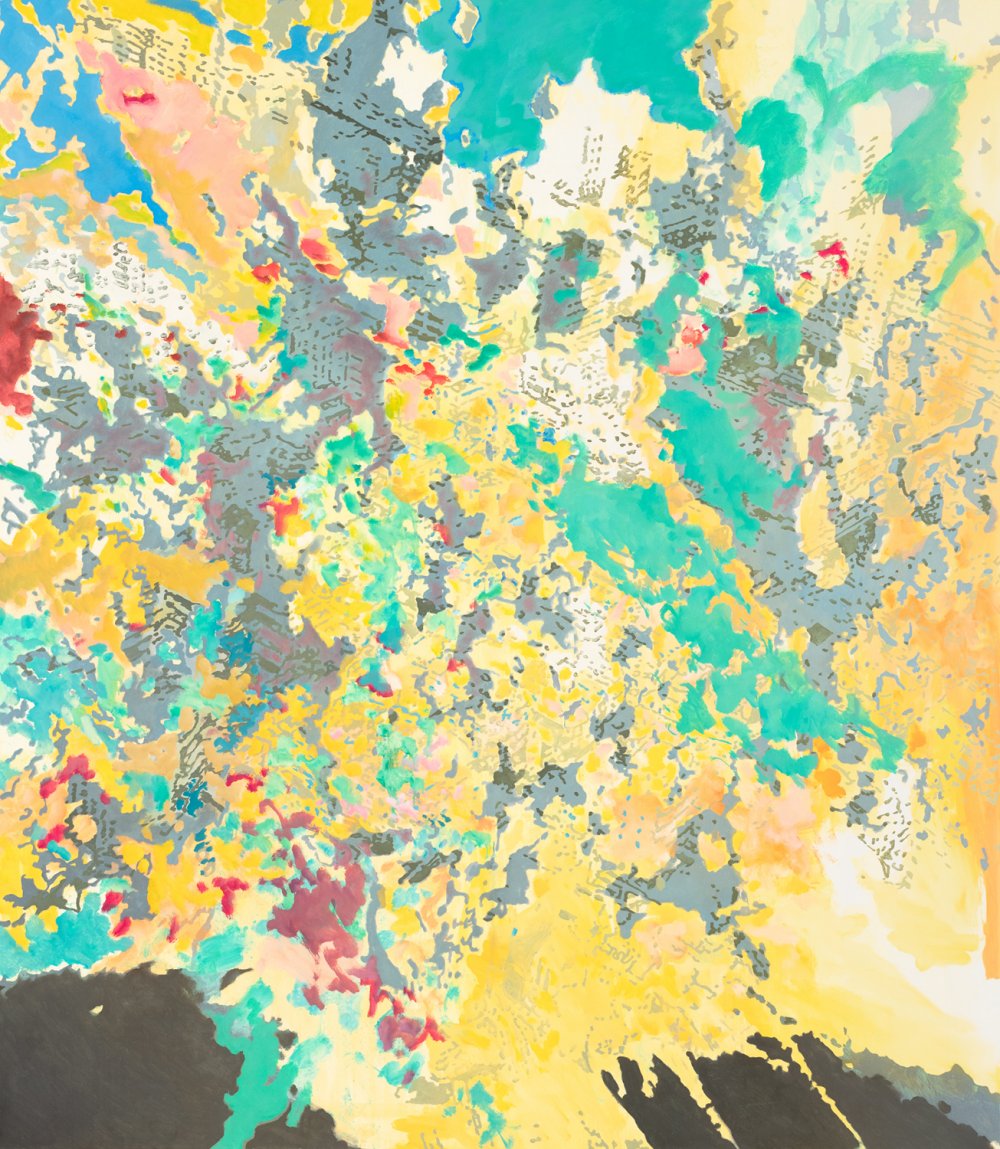 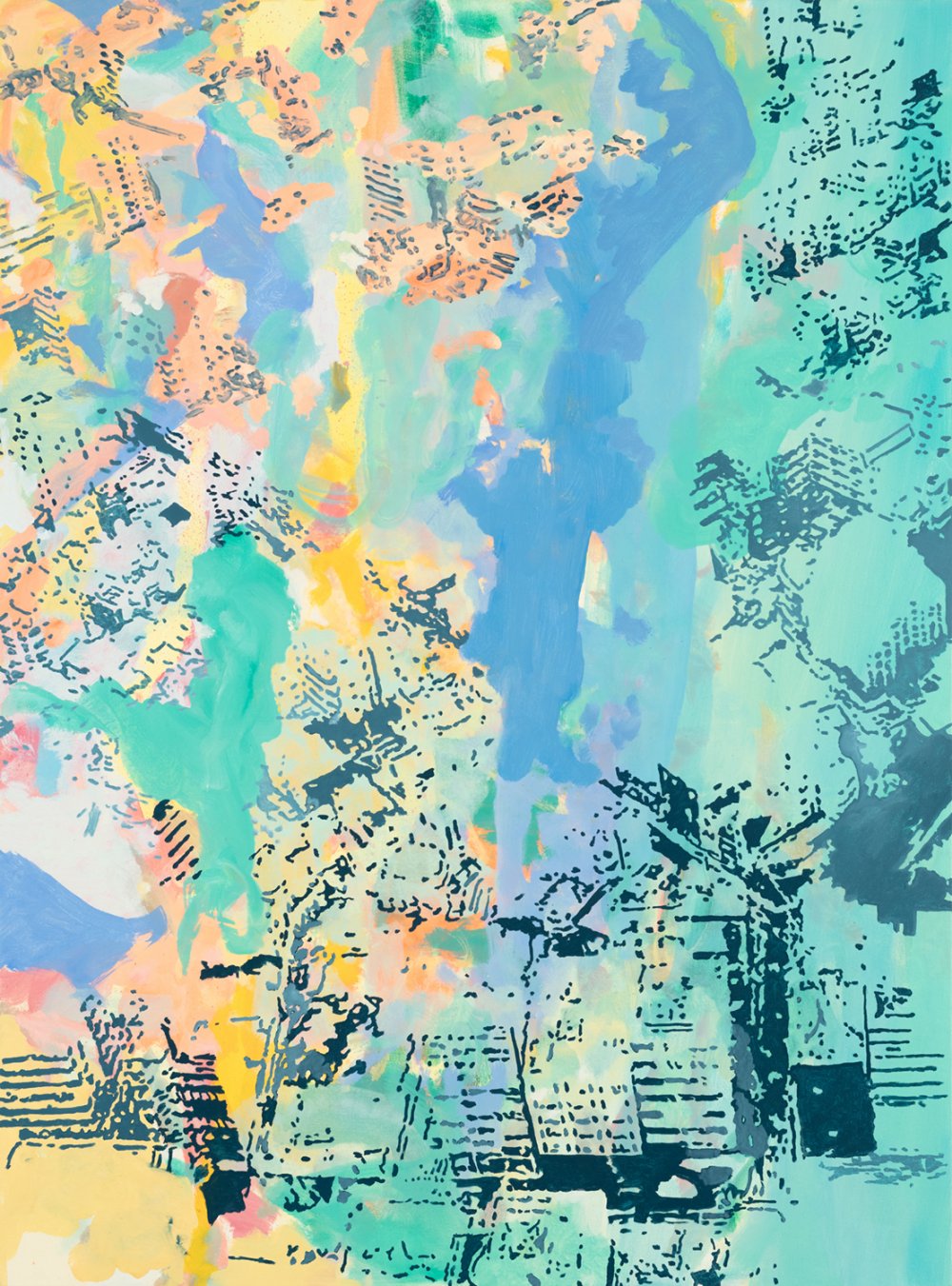 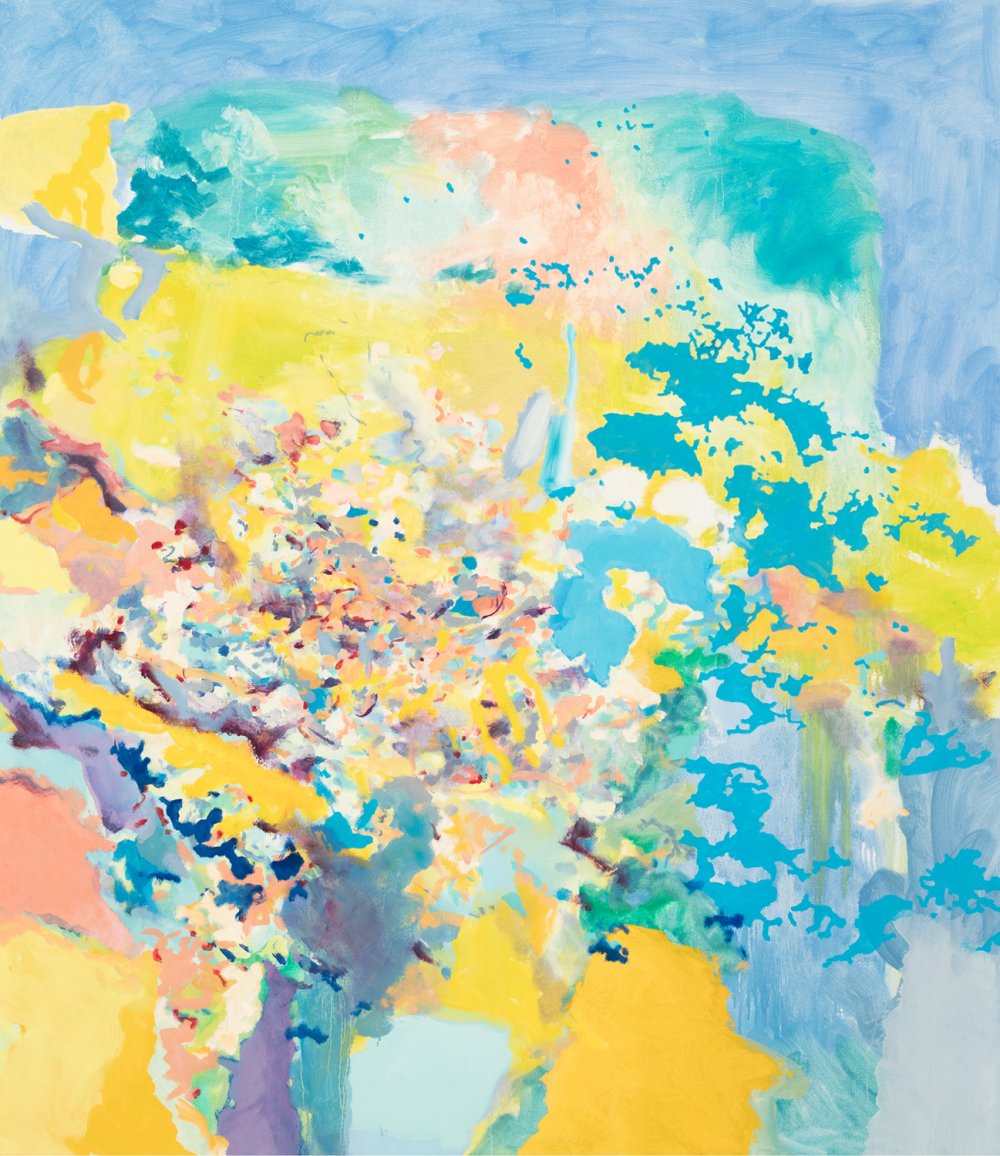 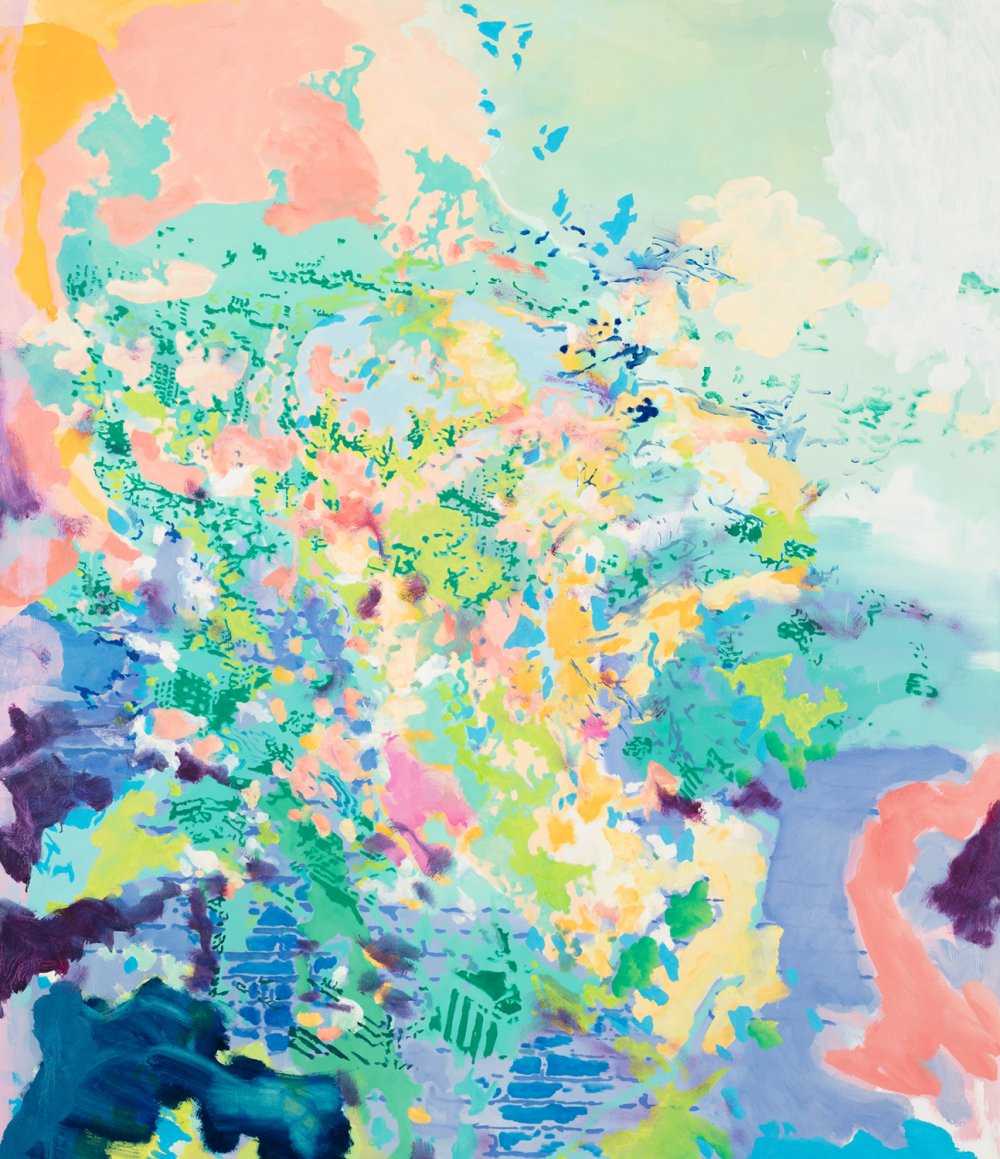 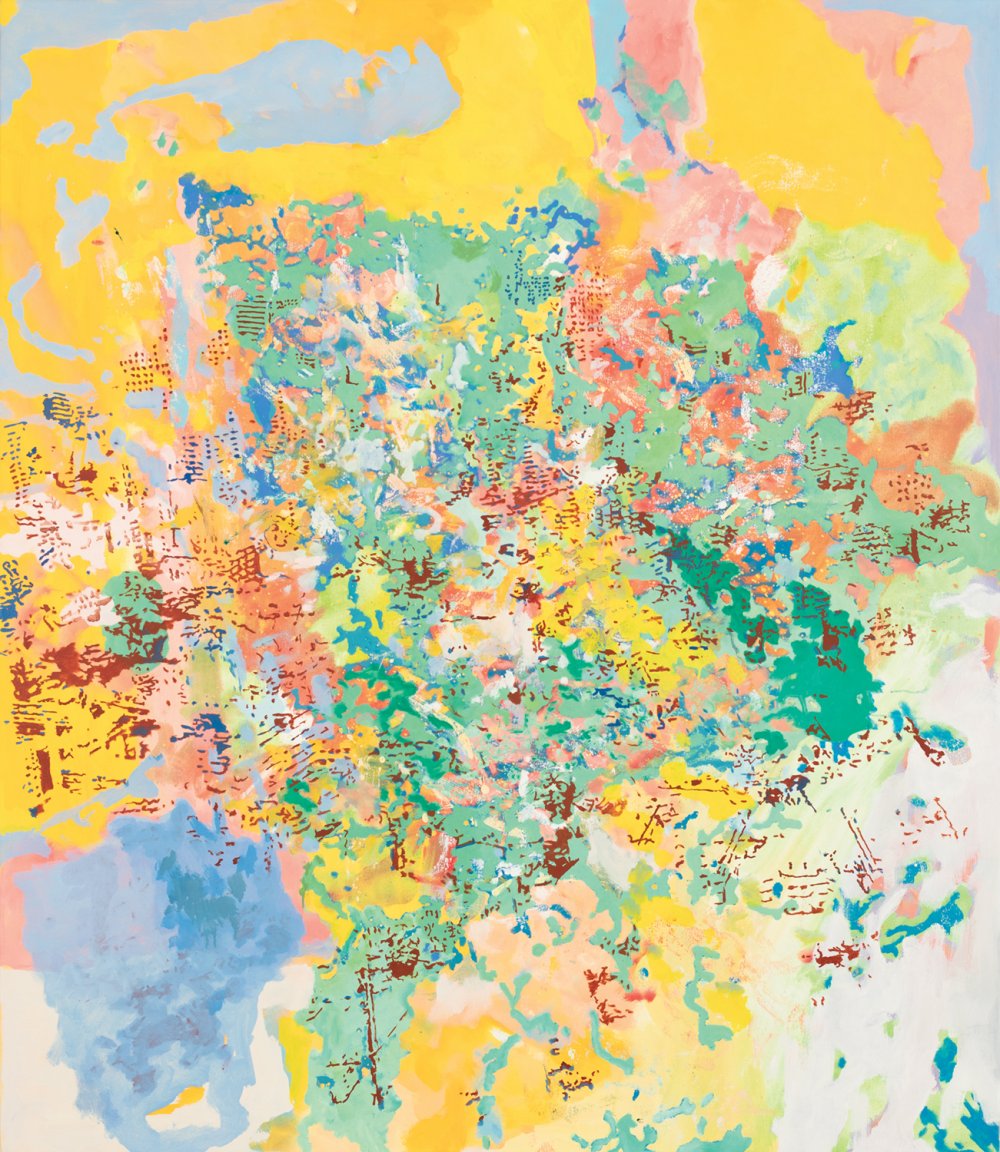 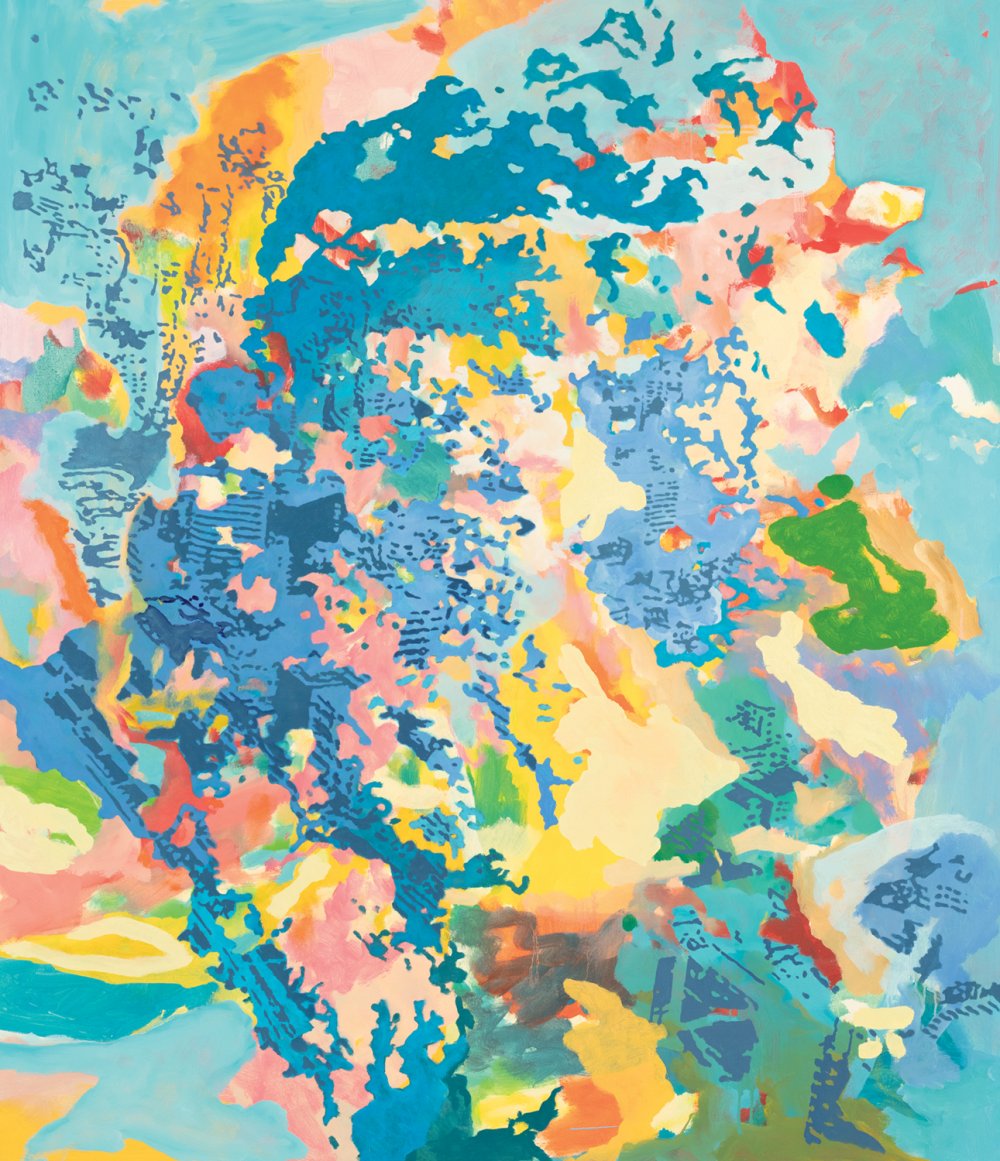 Noah Landfield
City and the Sea, 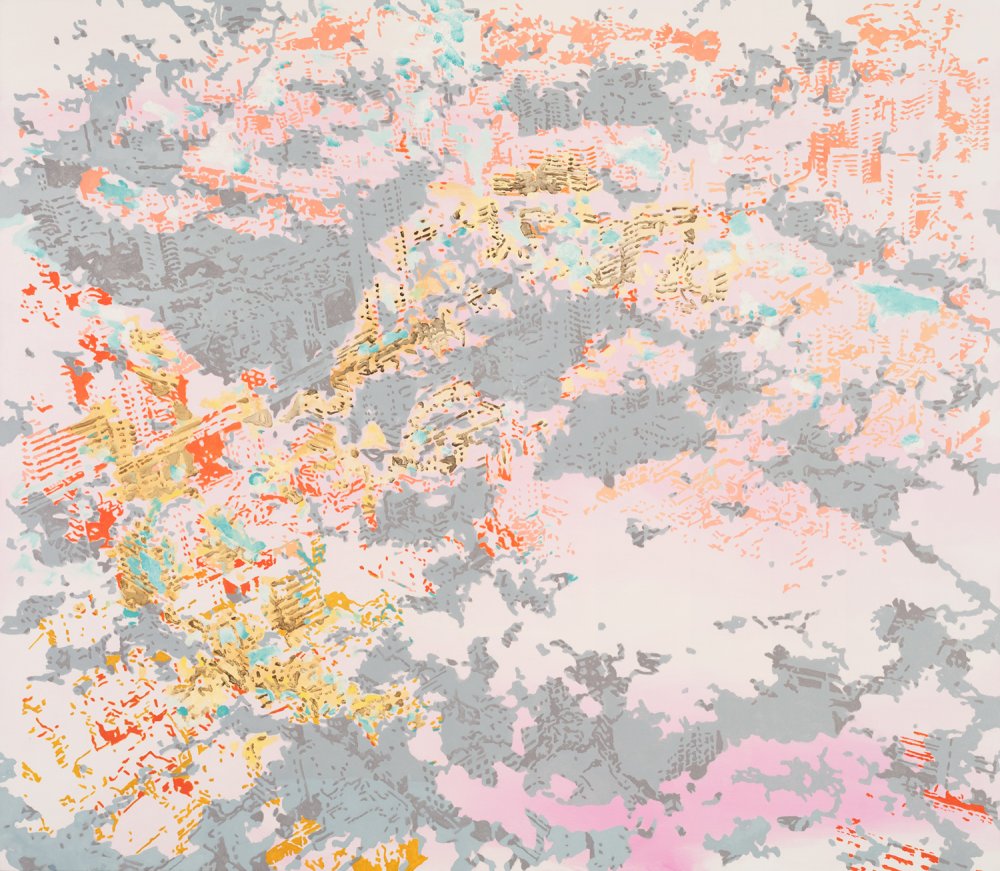 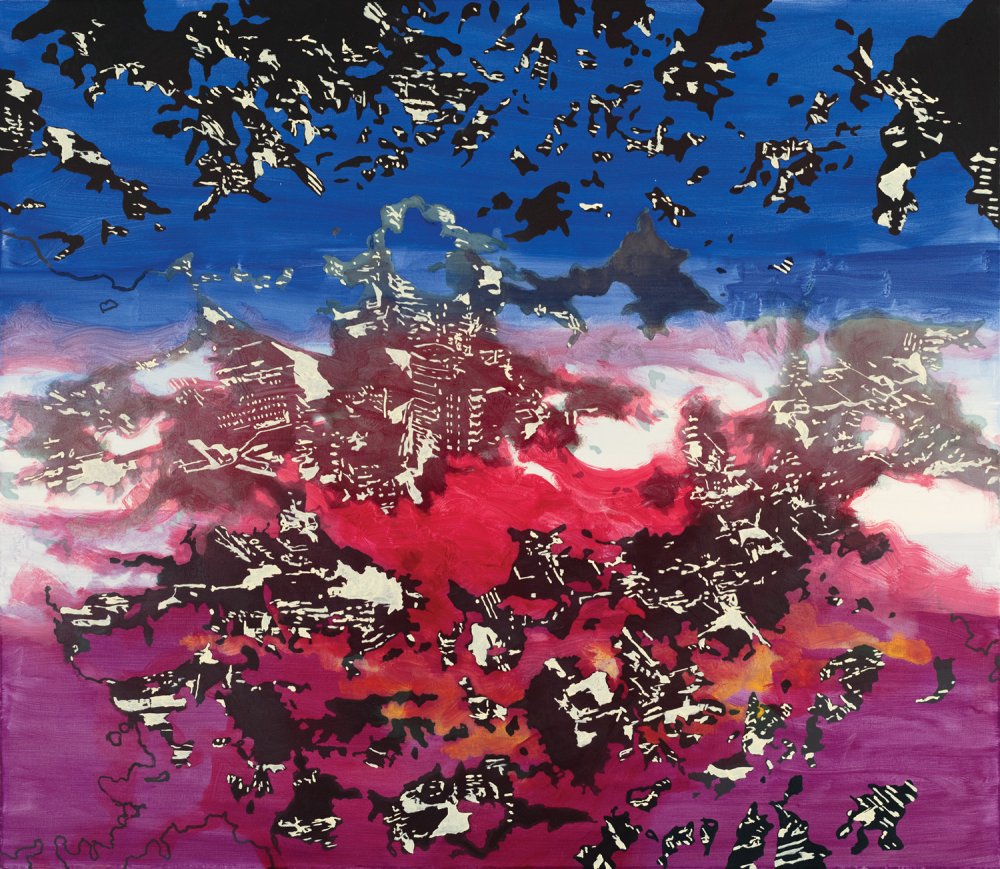 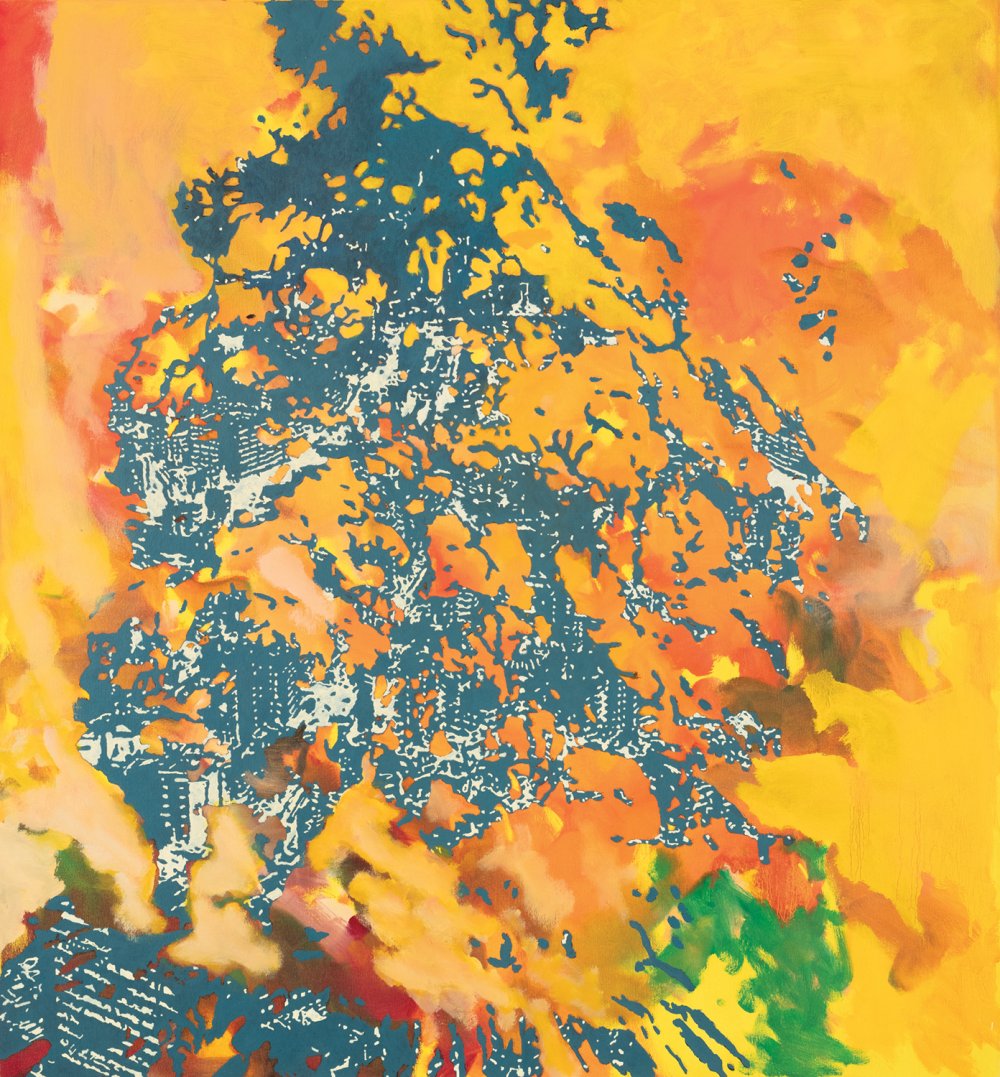 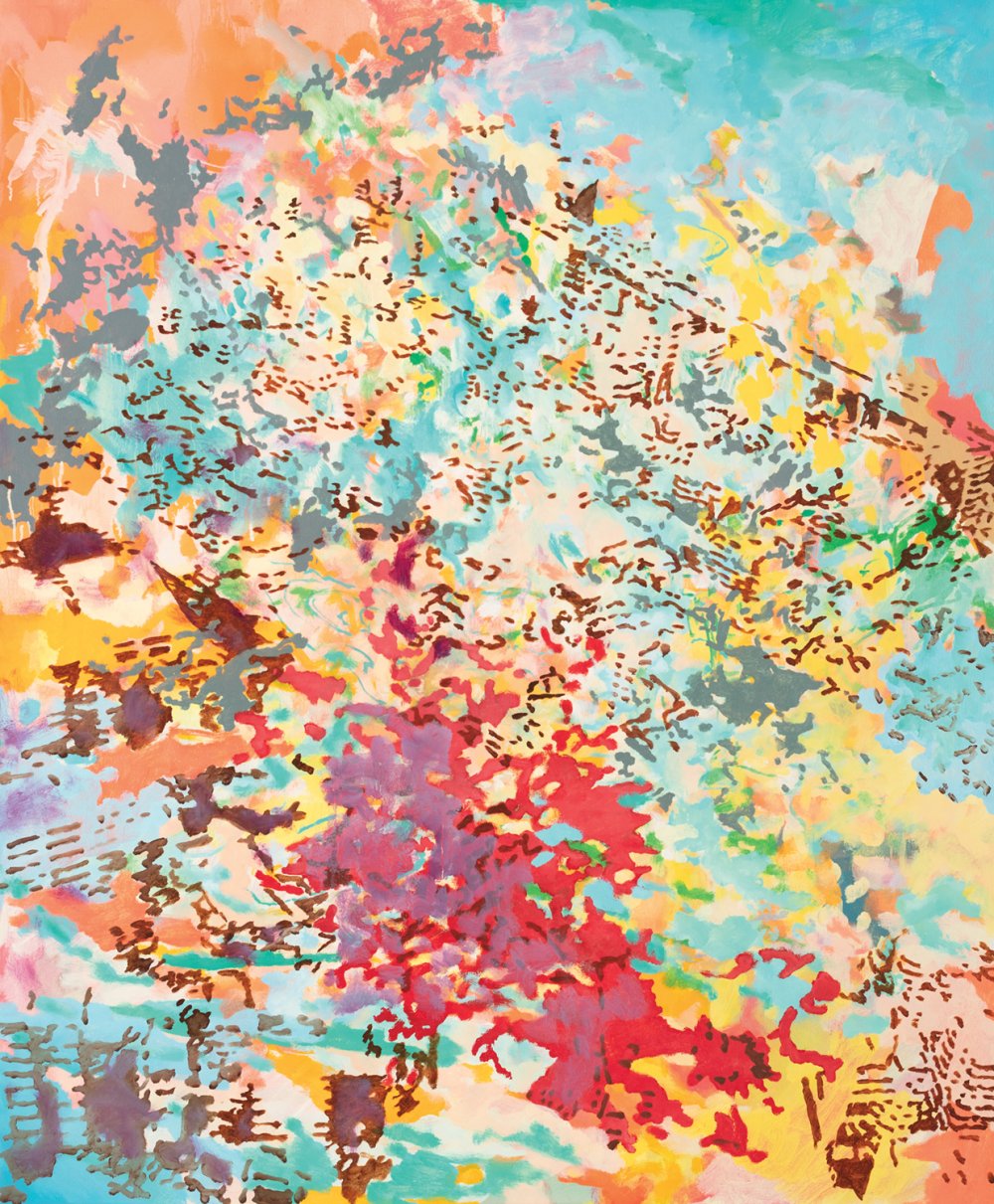 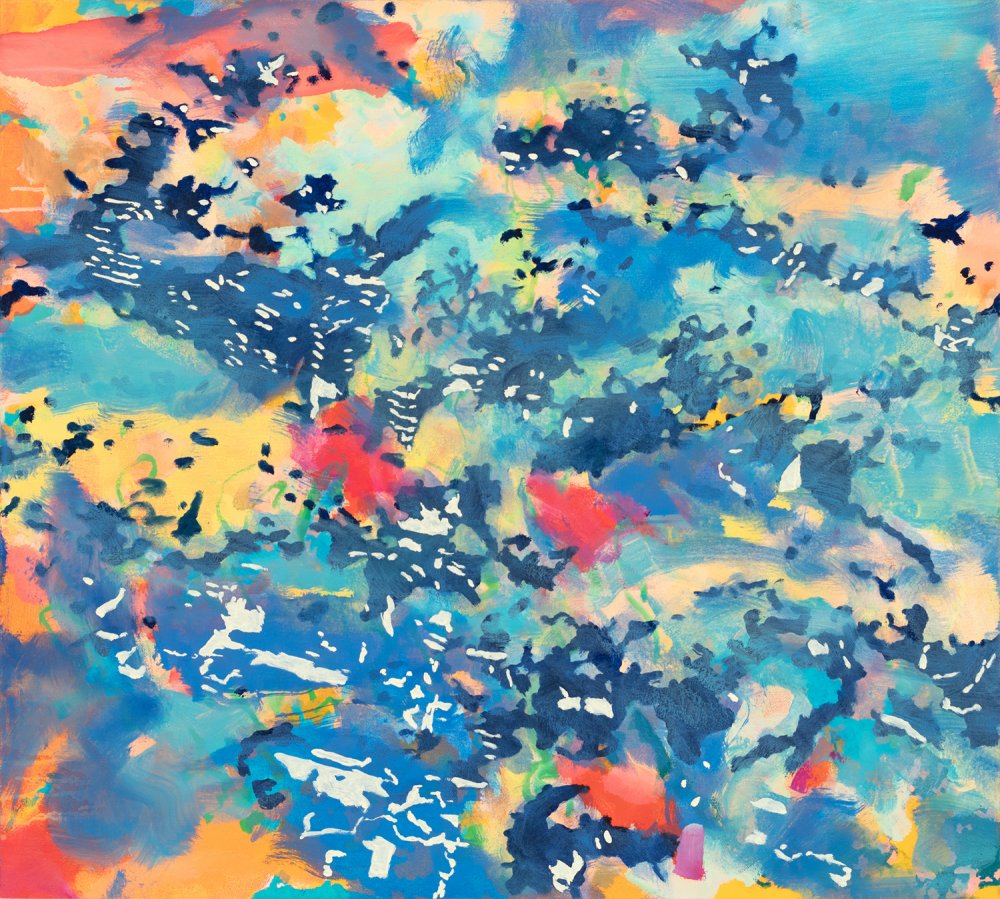 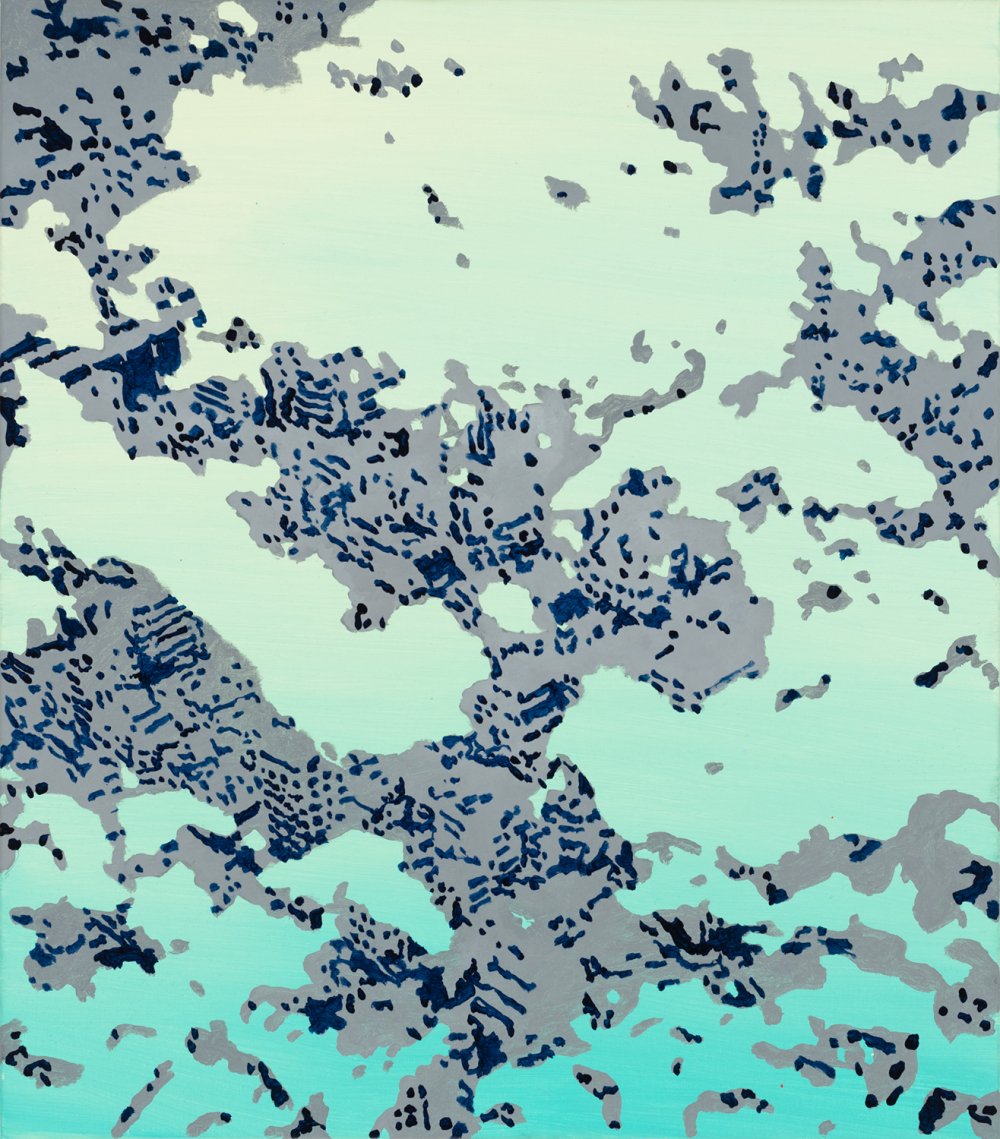 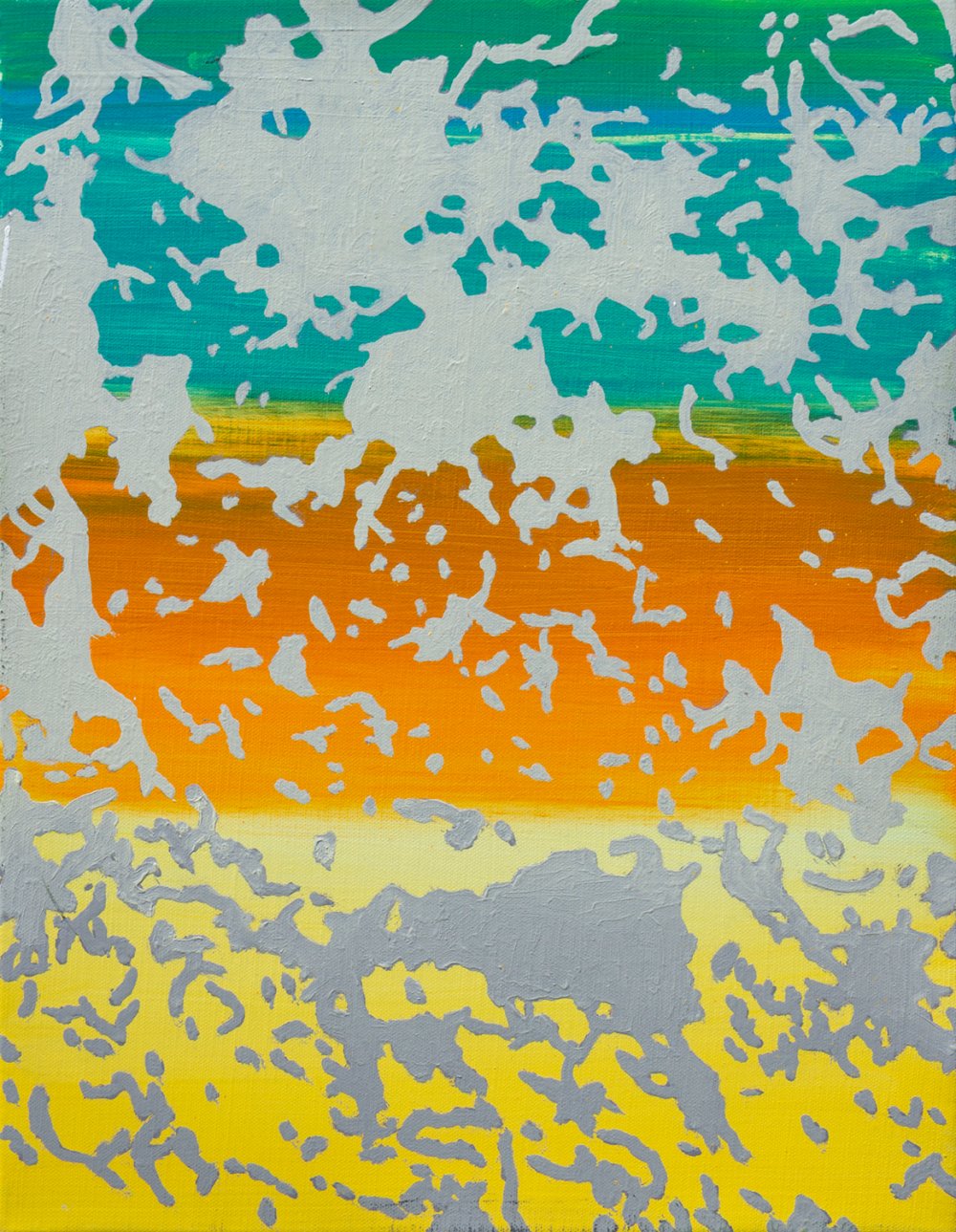 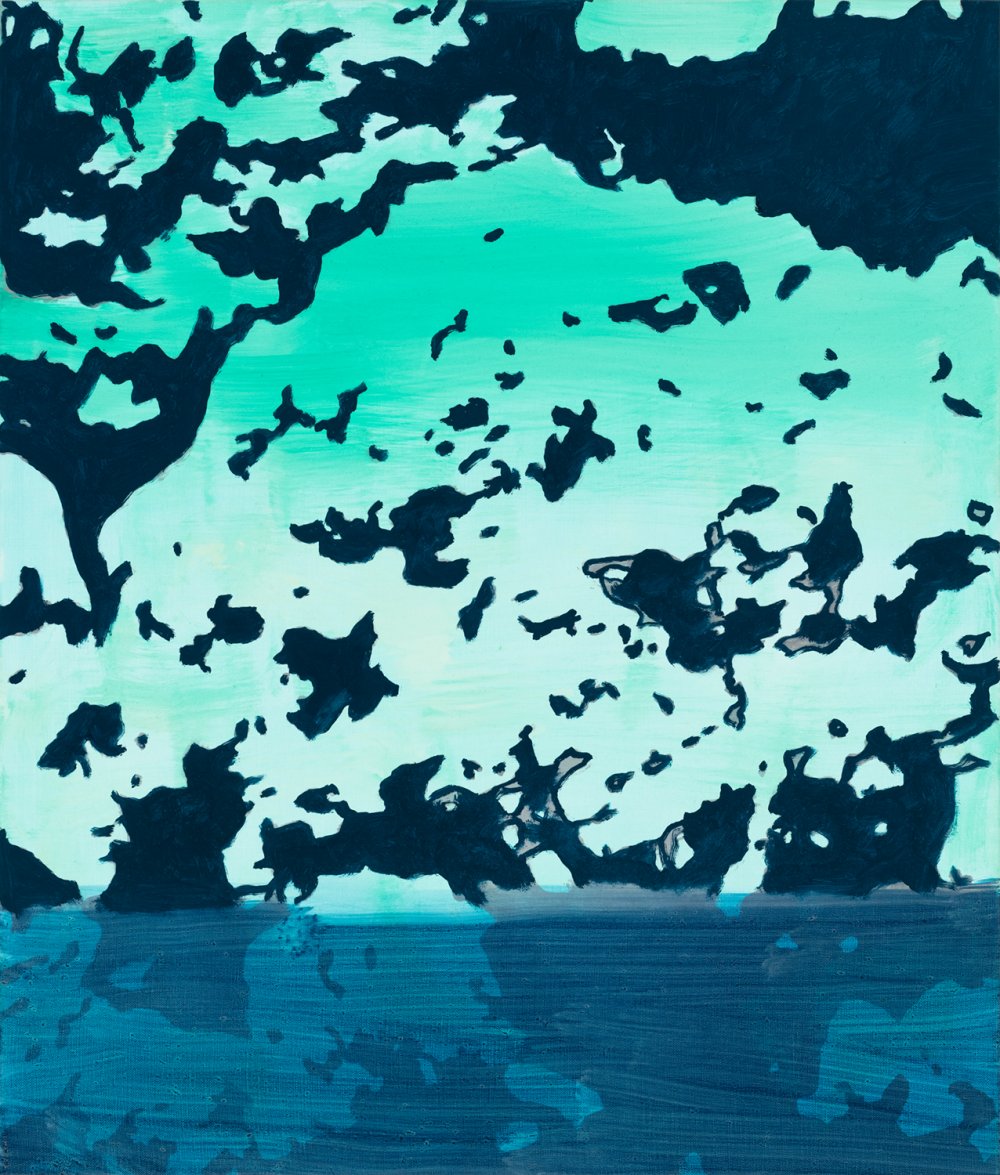 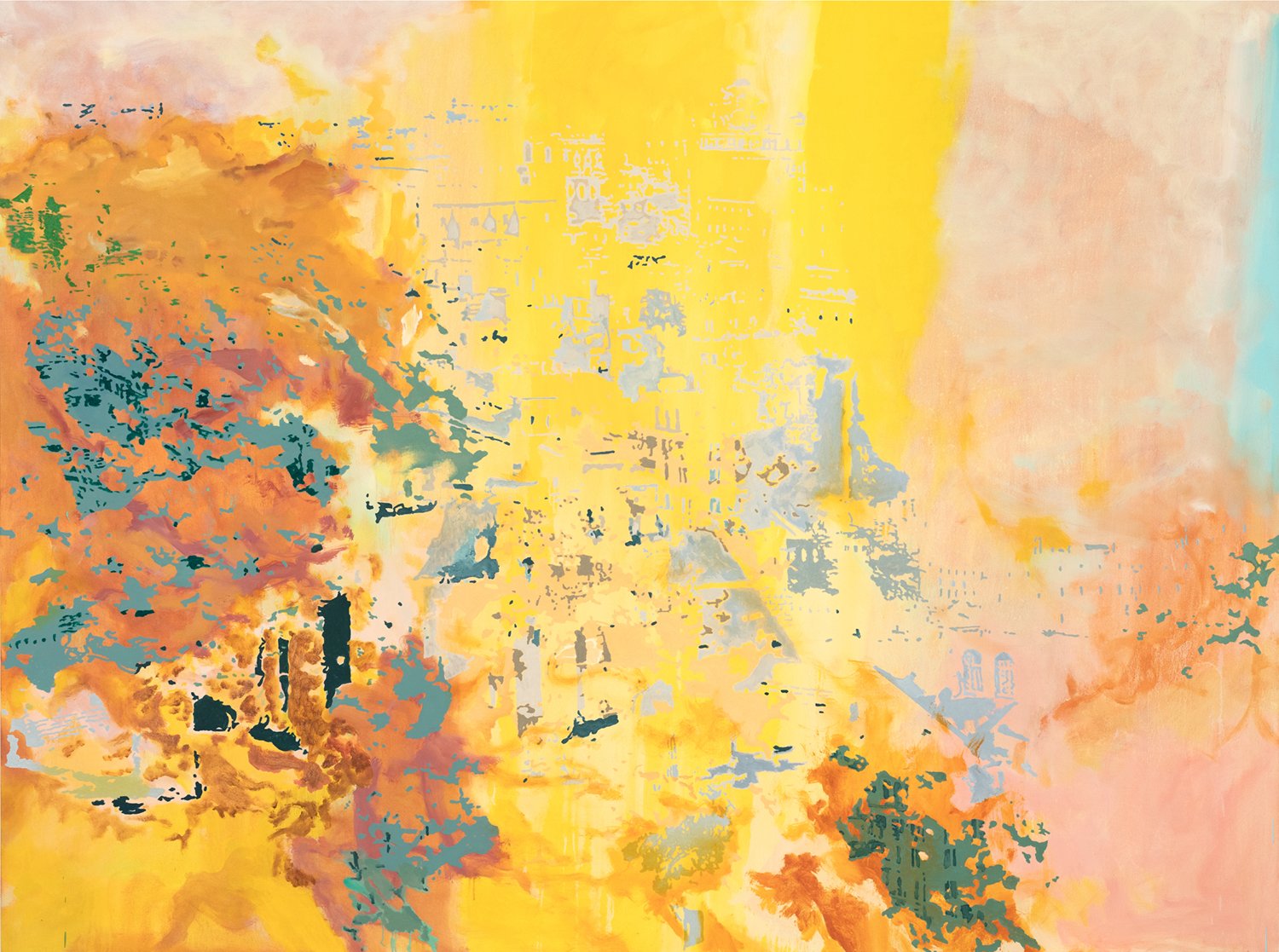 Noah Landfield was born and raised in New York City in a Tribeca that was still full of commercial lofts and artists’ residences; fertile soil for a budding artist. The naturally gifted Landfield followed in the path of his father and grandfather, both accomplished painters, and began making art from a young age. His formal training led to an MFA, after which he immediately began exhibiting in galleries throughout the United States.

Landfield’s paintings are redolent of the tension between urban structures and the forces of nature, reflecting on their ability to coexist and allowing for a further mediation on time and energy. Line, shape and texture underscore the highly saturated color and imagery in Landfield’s work, inviting the viewer to enjoy the challenge to their perception. Vibrant colors draw our attention to a seemingly abstract composition, which in turn, reveals clouds and a city below.

The artist states that “Paintings can be magic, healing objects, and I am interested in this idea of how my paintings function in the world that way. We are all ephemeral beings in an ephemeral world. My paintings have a lot to do with these ideas of ephemerality: color, light, duration. I also depict images of cities and objects we might think to be permanent and solid but, in fact, are just as ephemeral as flesh and blood. In a way, I would like the work to speak to this totality of nature that we are all a part of.”

Findlay Galleries is honored to present Noah Landfield’s recent works in the exhibition Ephemeral Cities at our Palm Beach location.

“Noah Landfield’s compositions are defined by the tension that arises between colorful, discreet shapes, and the abbreviated marks and notations culled from digital photography that create the aerial views of Japanese cities glimpsed obscurely through abstracted clouds. These landscape-inspired works are not fully abstract; they encourage a representational interpretation of the narrative that plays out between the shapes, the colors, and the notational marks employed by the artist. The artist’s intention to base the themes in his compositions on the universal forces of creation, and destruction, is communicated obliquely by the discreet abstract shapes that define the surfaces of the paintings via their warm and cool hues. These forms make for the prevailing impact of the works while the notations play a subordinate role in the format.” – Mary Hrbacek, M Magazine

“Billowing, flowing, and crumbling, the recent paintings of Noah Landfield, in Ephemeral Cities, chart vectors of movement, force, and energy as they play out in both natural and human-made manifestations.”
– William Corwin, Brooklyn Rail, 2022

“Noah Landfield’s work is sophisticated, consistently rigorous, and well executed. He is a master at expressing thoughts and feelings through the language of color and the complexity of place. He is an artist who is curious and experimental and who works very hard and intensely on articulating his vision. His work has a quick grasp of difficult conceptual issues as they relate to his personal and compelling abstract paintings. Noah’s work stands out as combining the visual with the musical and with the literal…in extraordinary articulations…”
– Ronnie Landfield, 2021