David Zwirner is pleased to present a selection of work by American artist Noah Davis (1983–2015), organized by Helen Molesworth. On view in London, the exhibition will provide an overview of Davis’s brief but expansive career. Following the gallery’s highly acclaimed exhibition in New York in January 2020, this will be the first presentation of the artist’s work in the United Kingdom. 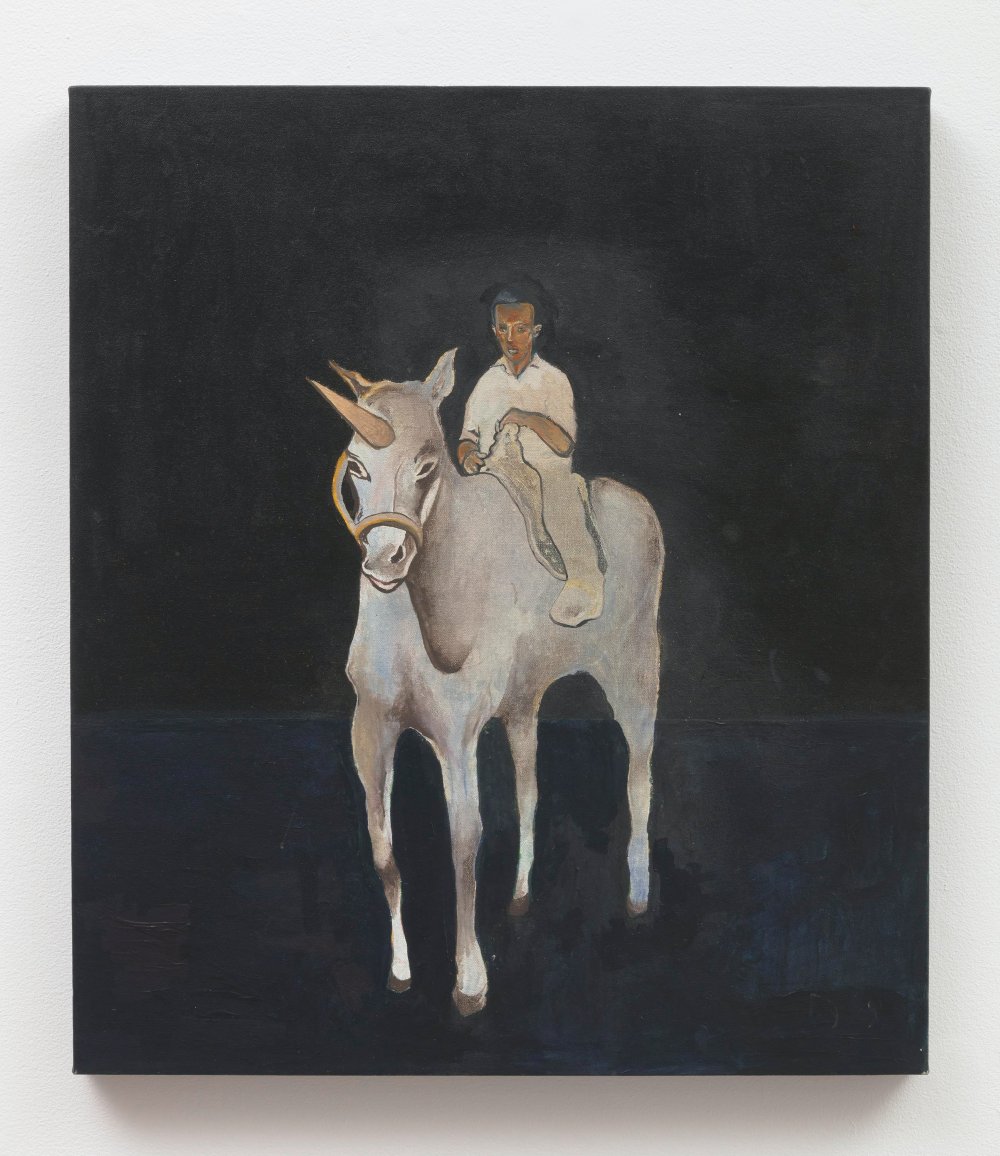 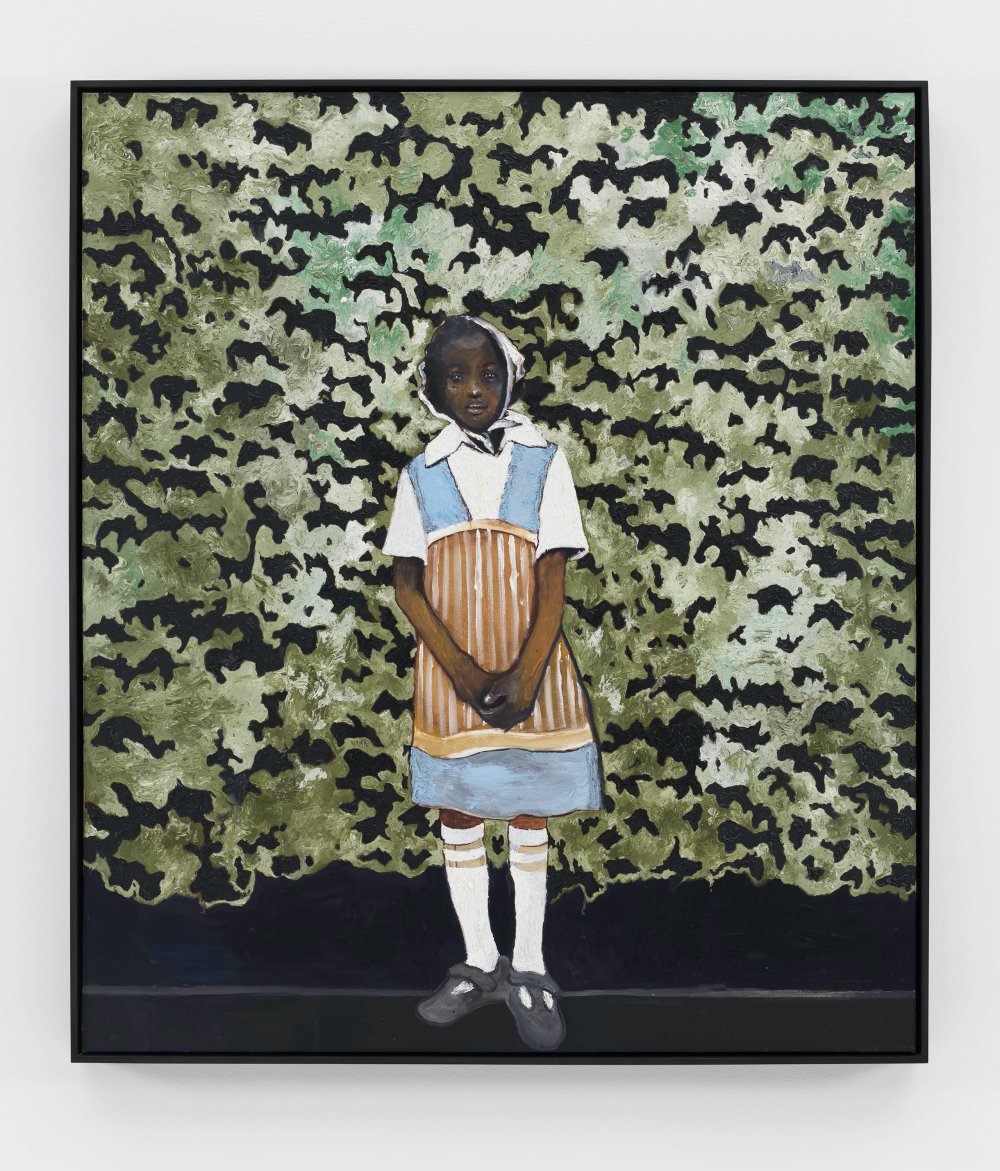 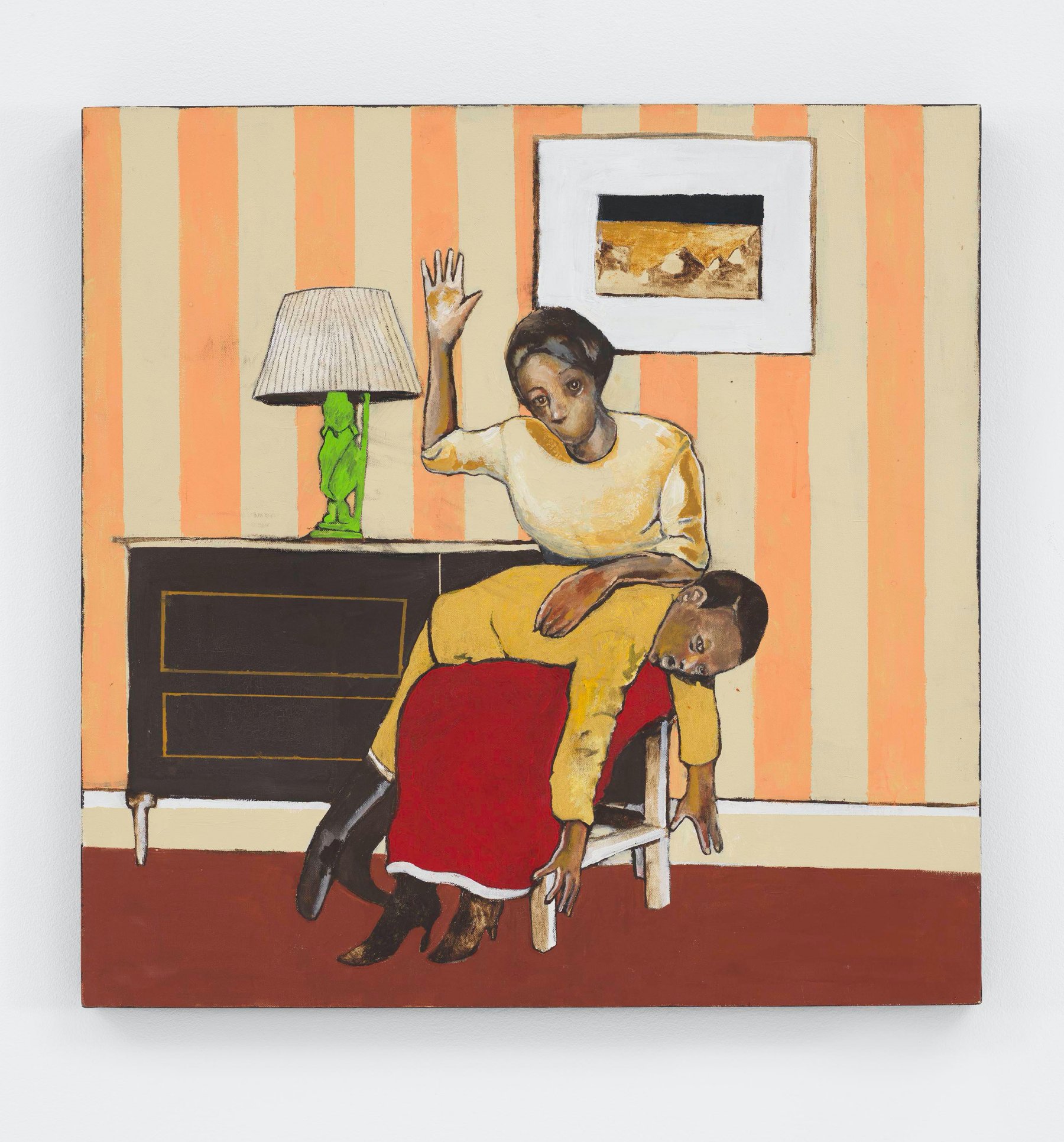 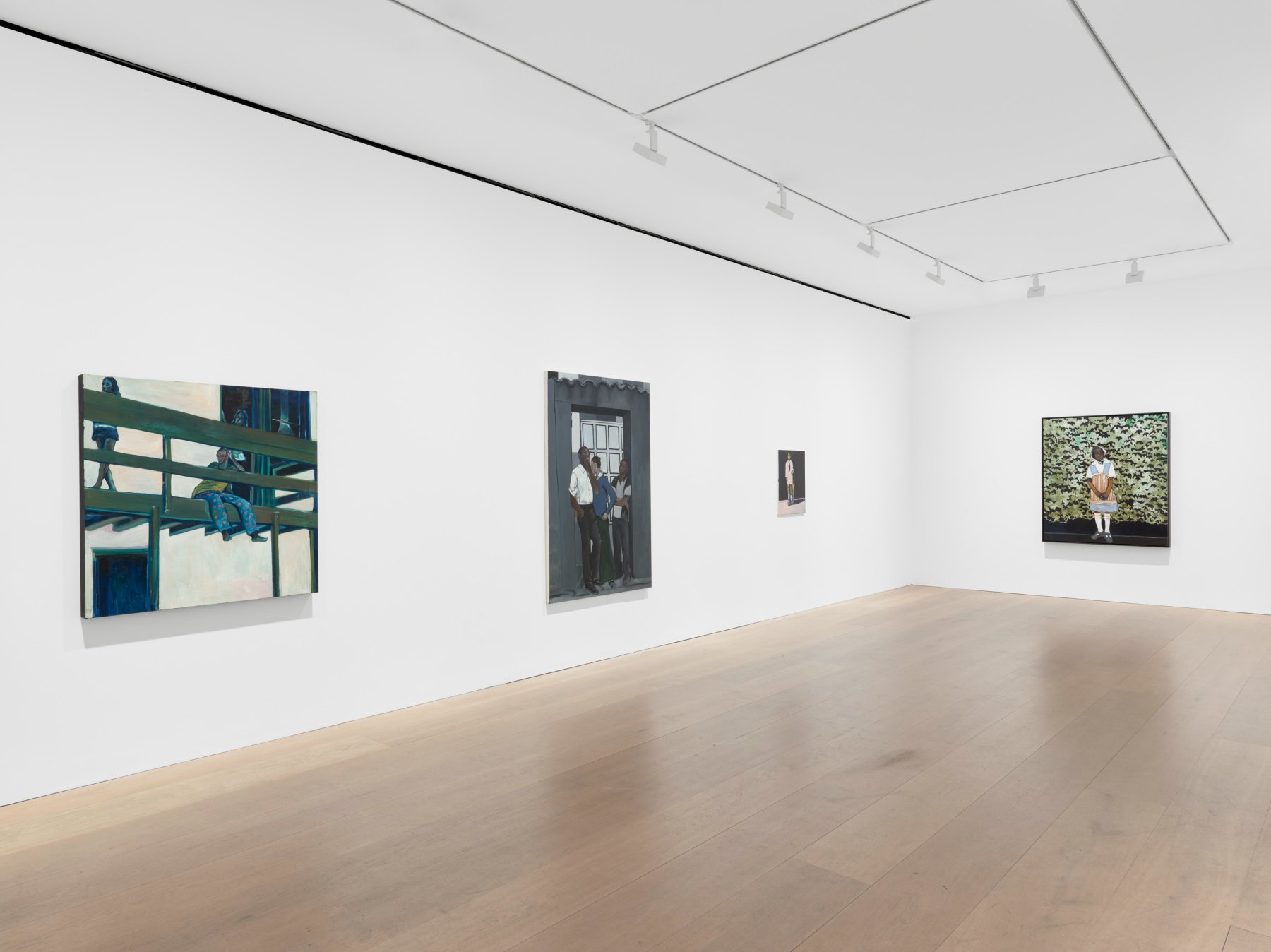 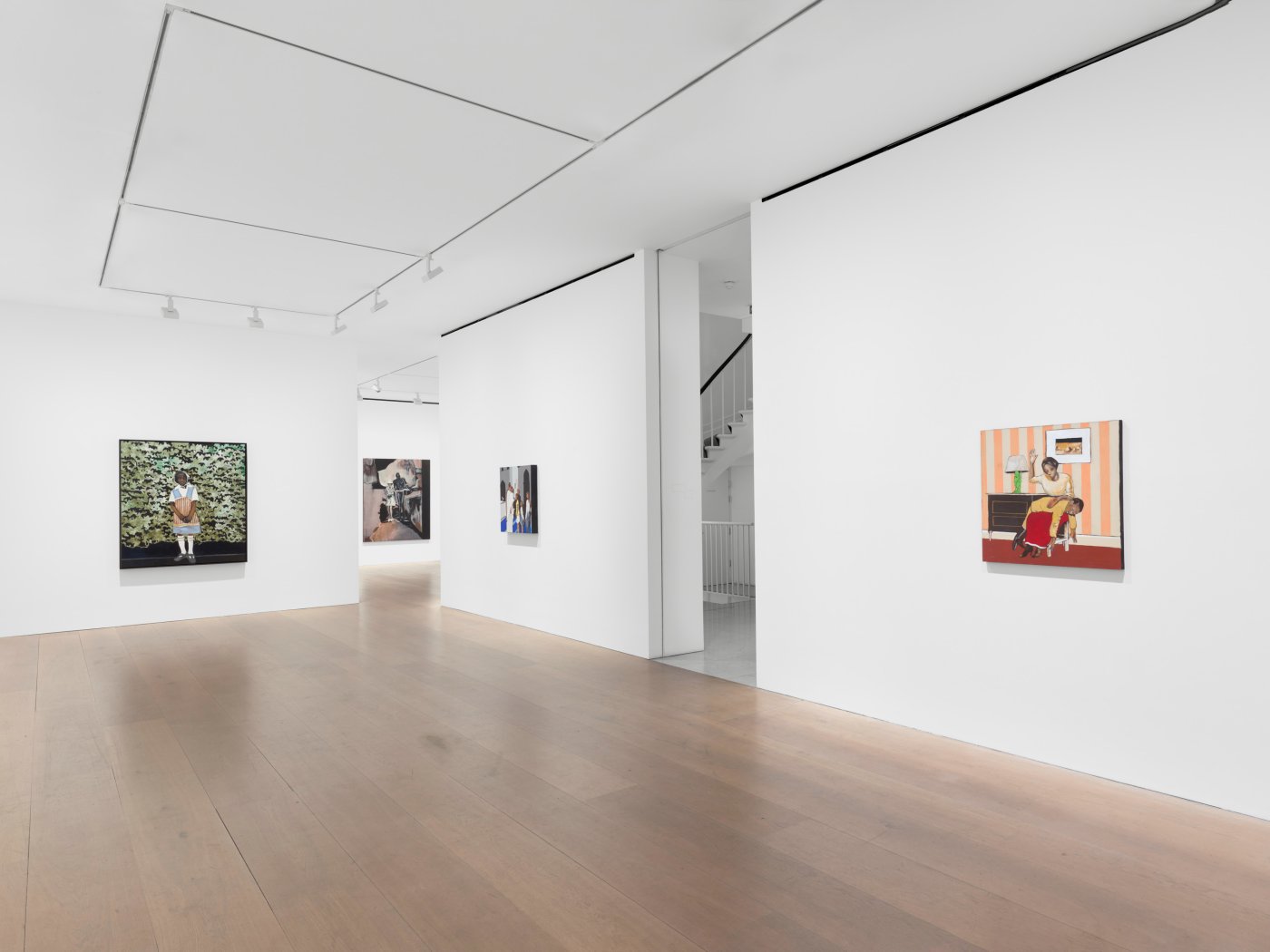 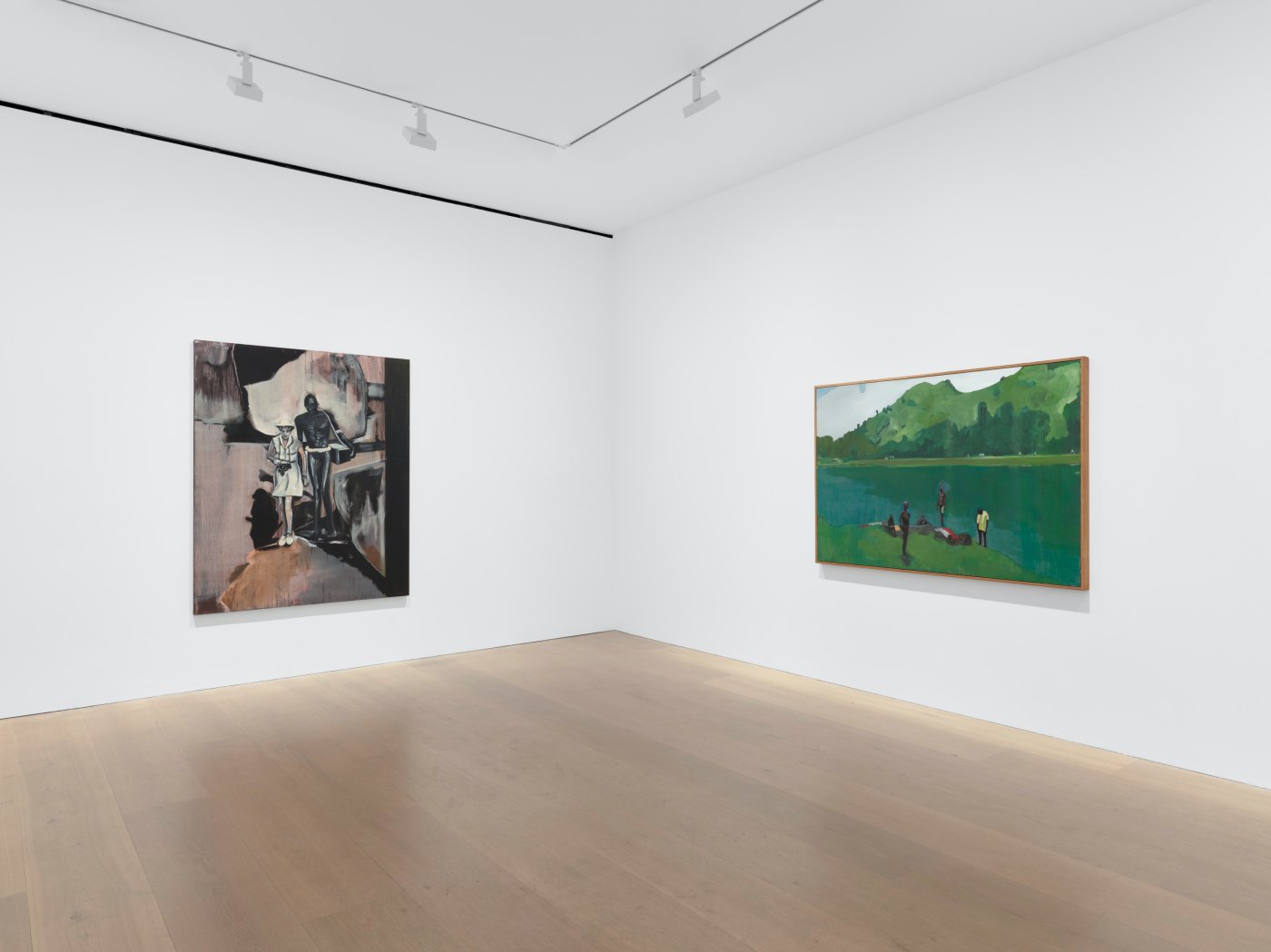 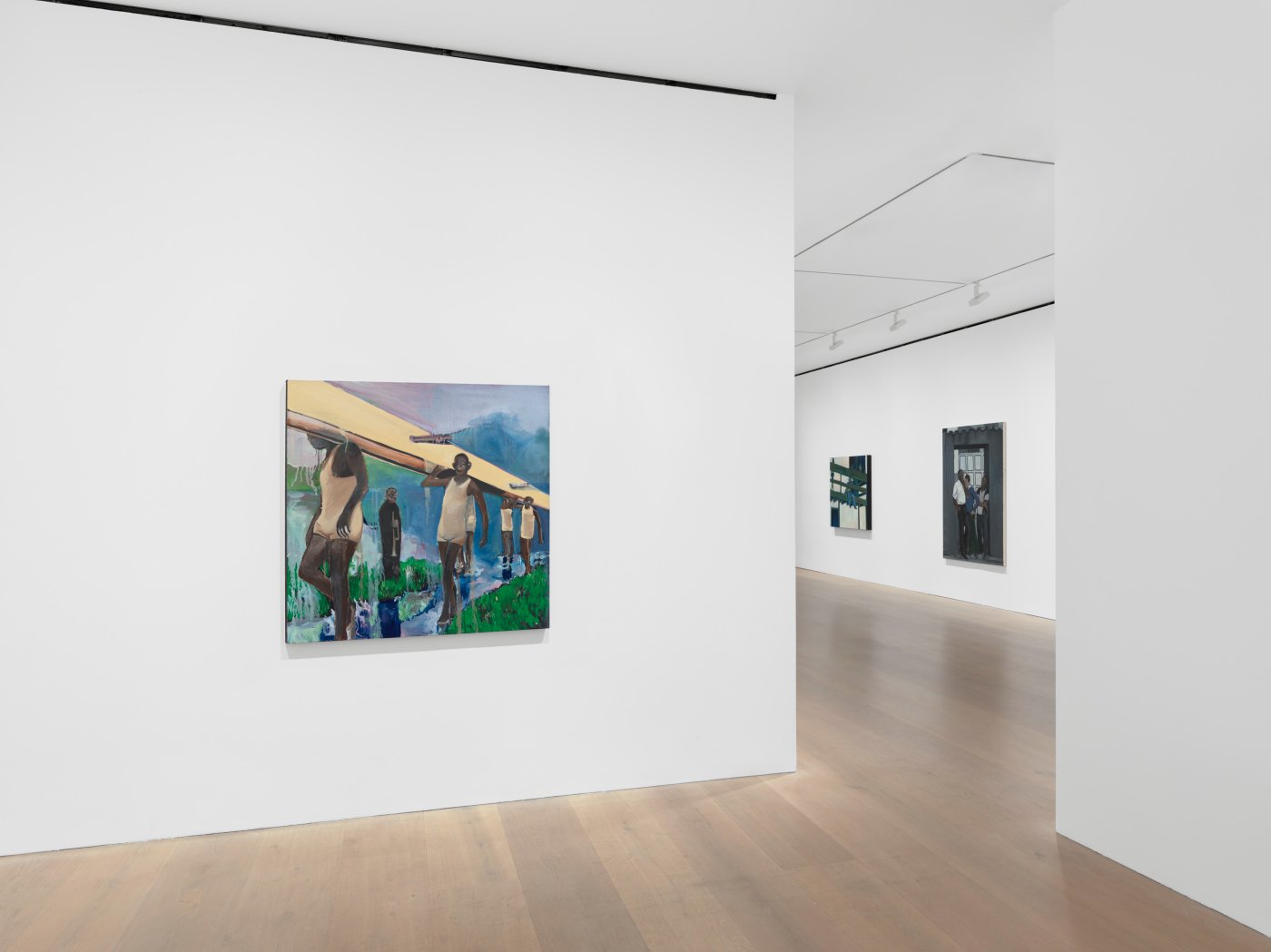 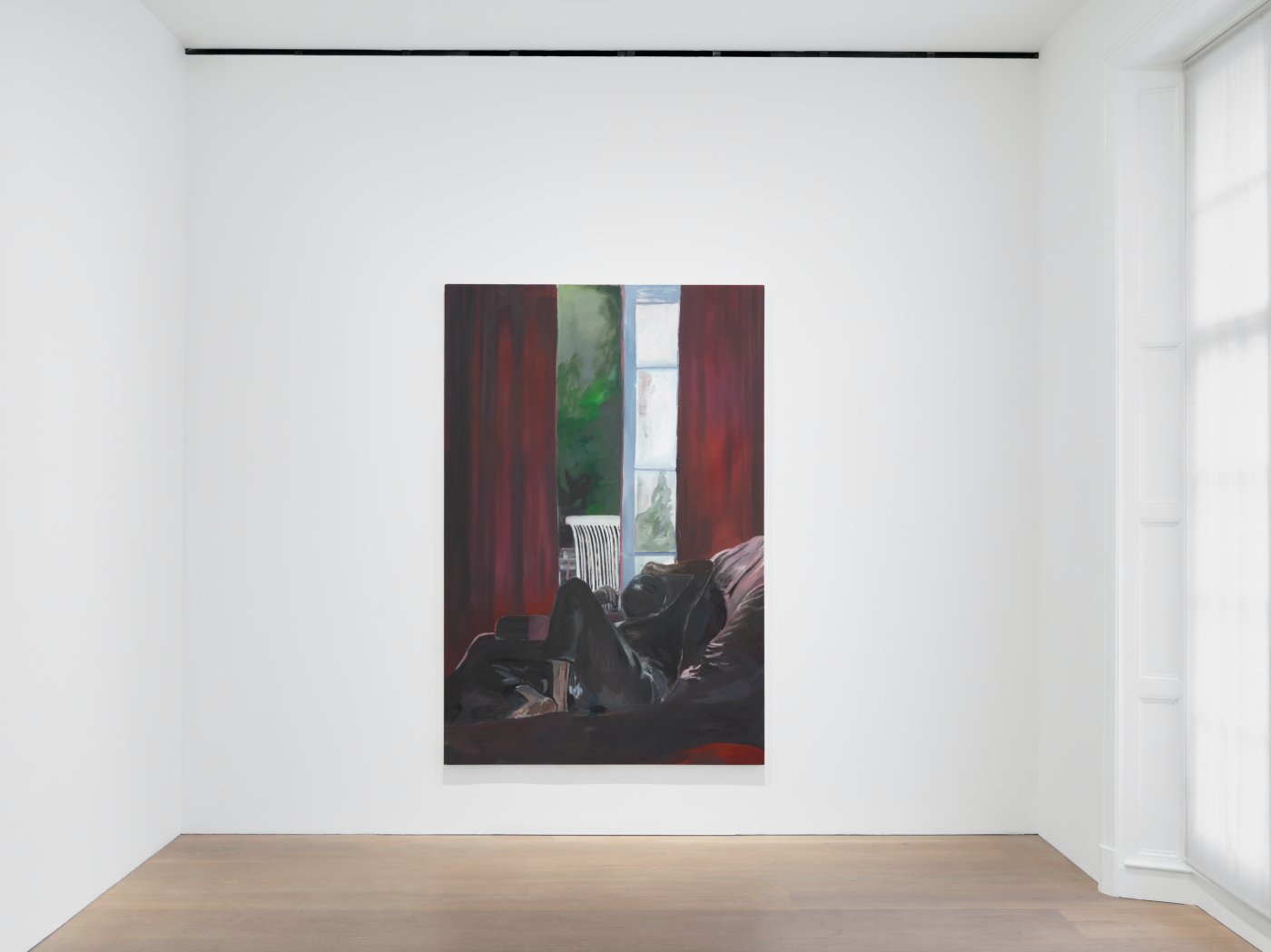 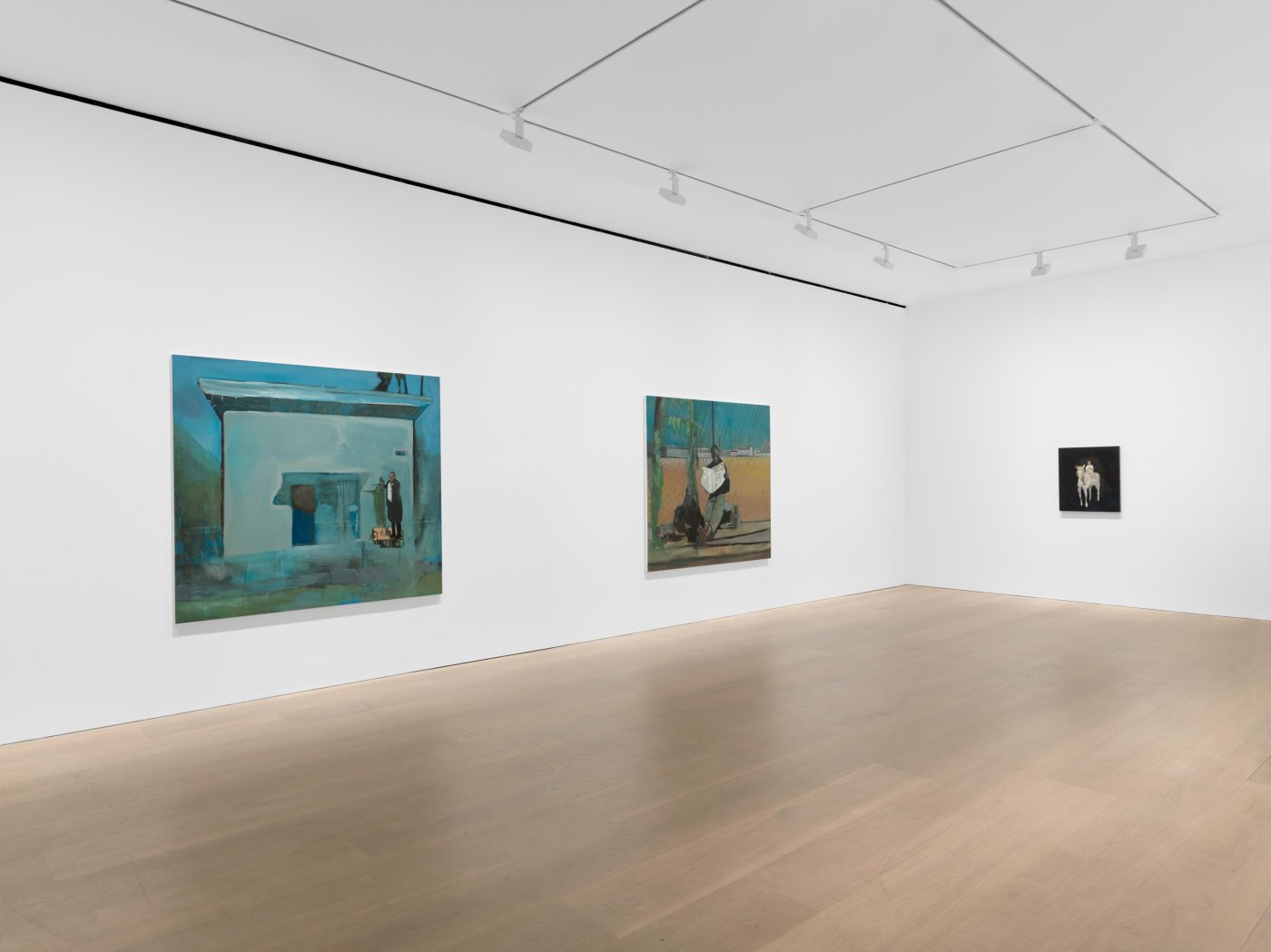 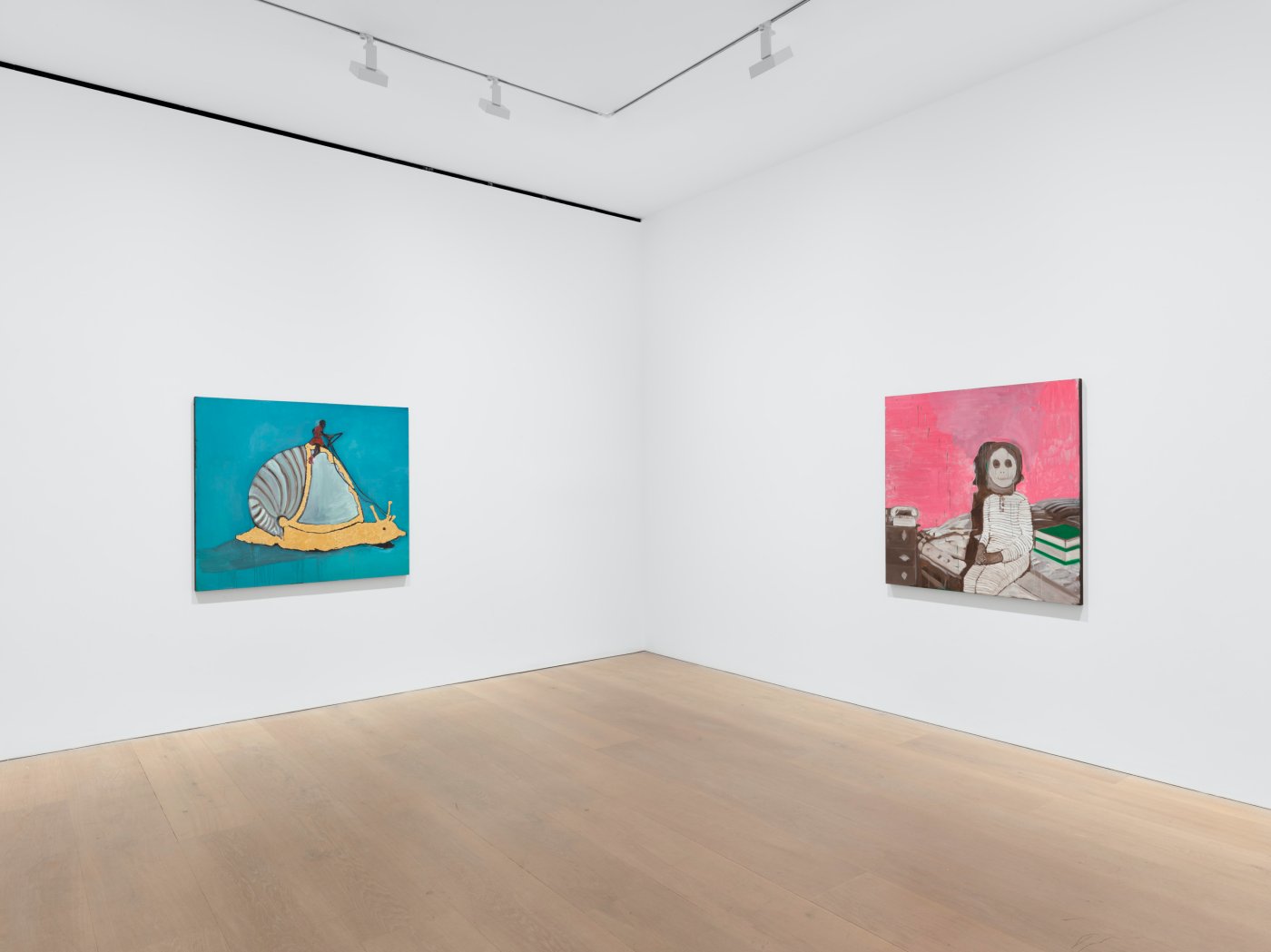 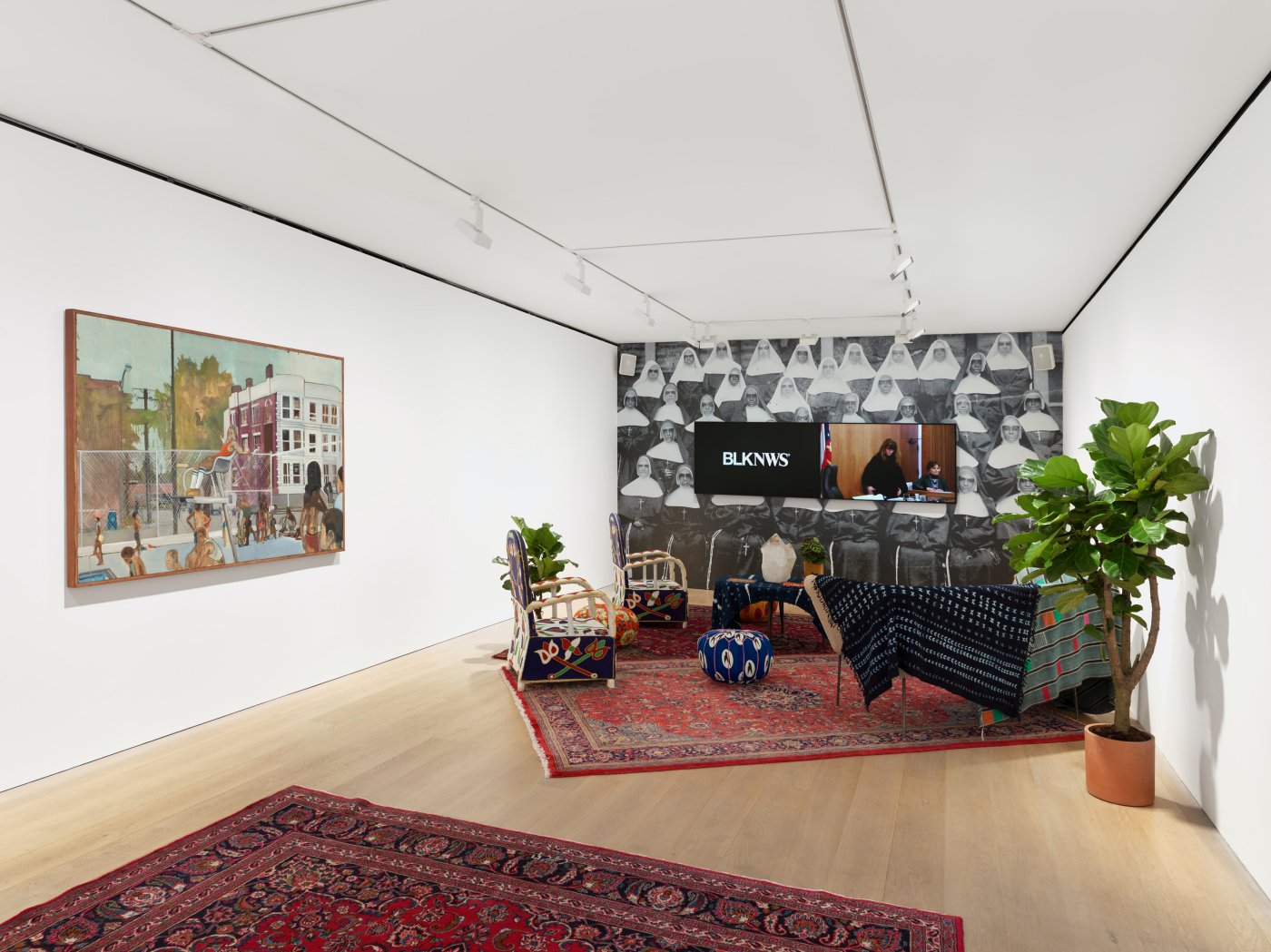 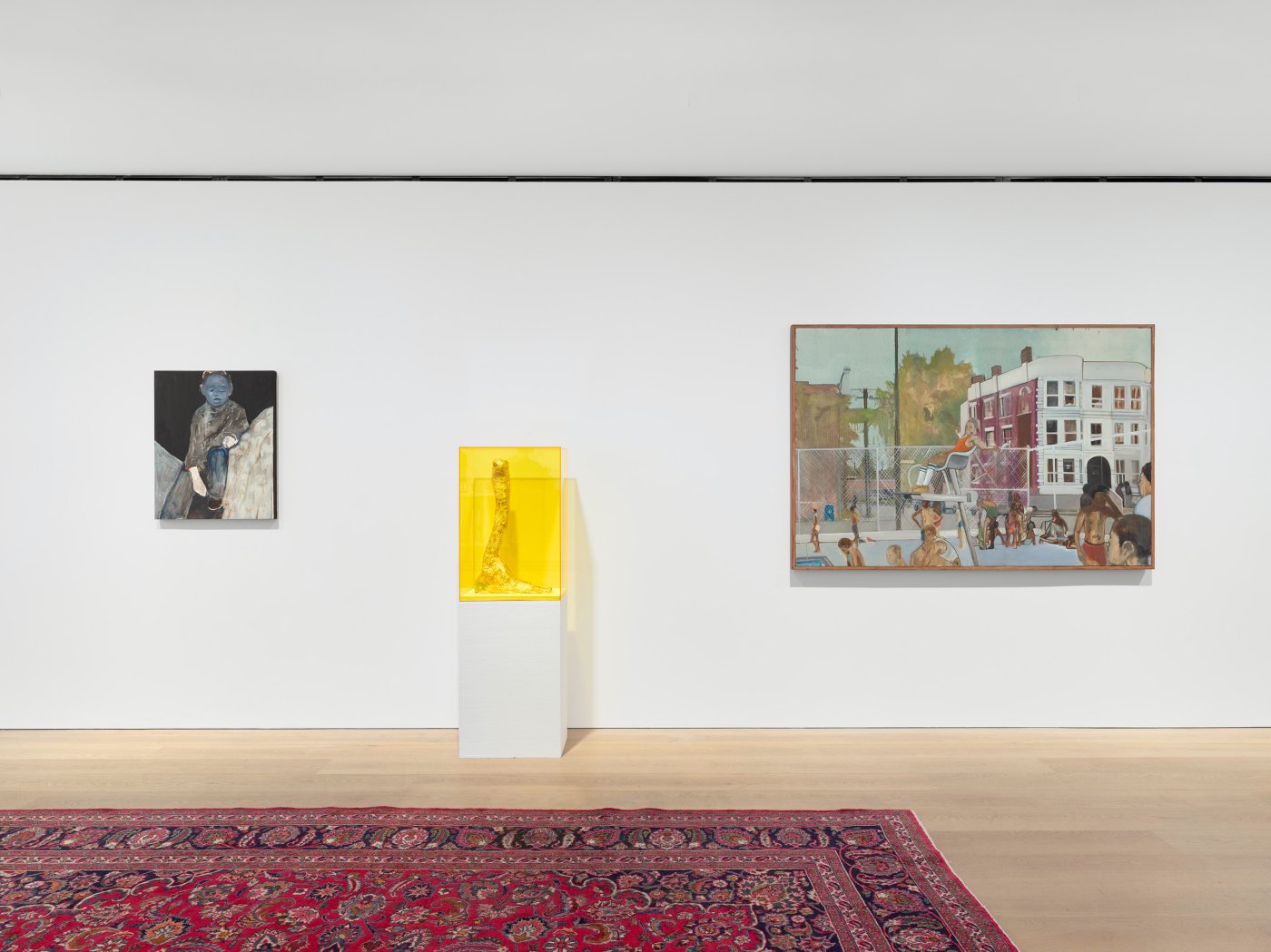 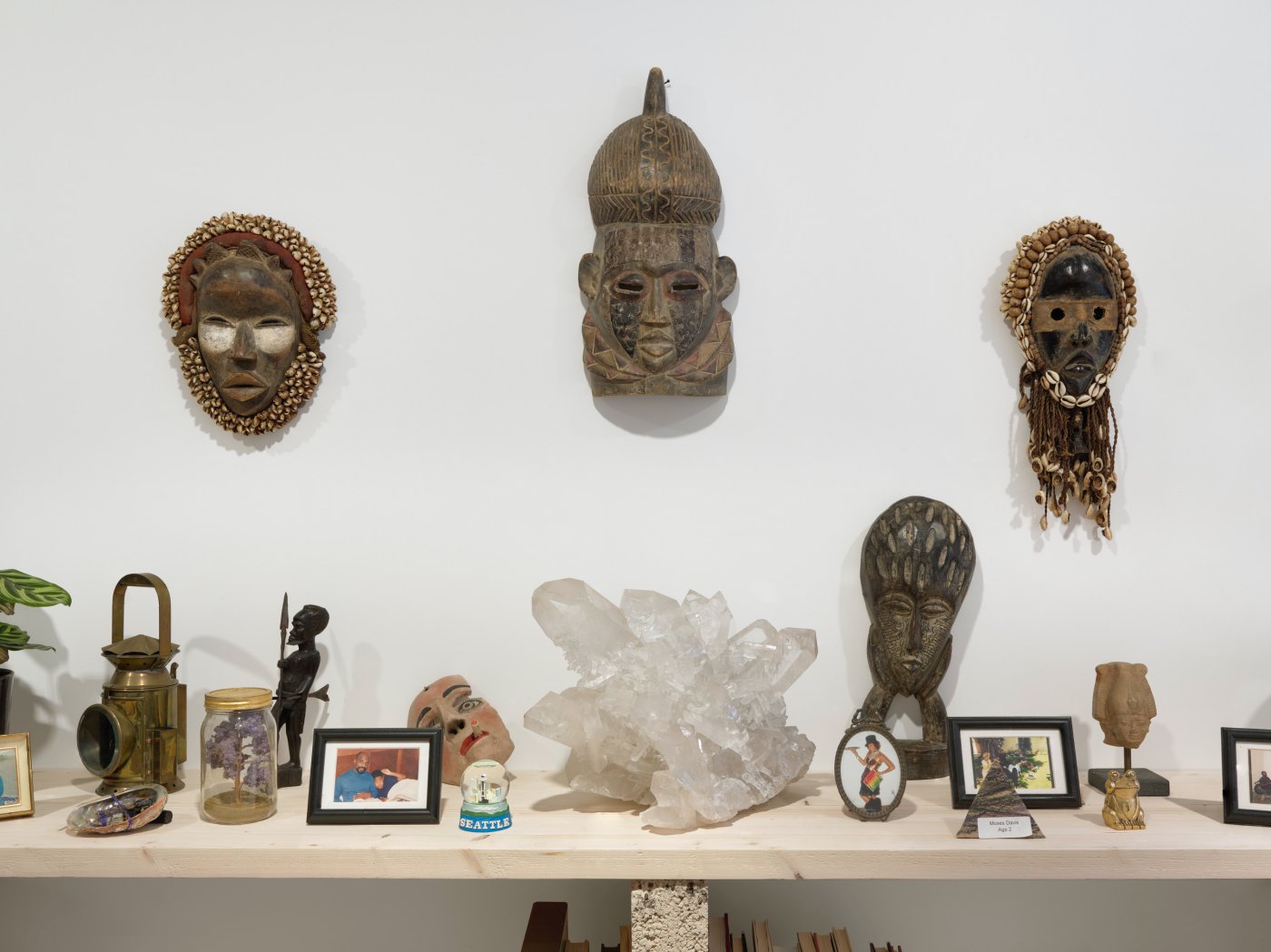 Davis’s work is notable for its seemingly uncomplicated relationship between, on the one hand, his lush, sensual, figurative paintings and, on the other hand, an ambitious social practice project called the Underground Museum, a Black-owned-and-operated art space dedicated to the exhibition of museum-quality art in a culturally underserved African American and Latinx neighbourhood in Los Angeles. The exhibition will highlight both parts of Davis’s oeuvre through a group of his most enduring paintings as well as models, artworks, and archival materials that tell the story of the Underground Museum. The exhibition will also include a room modelled on the working offices at the Underground Museum, featuring more paintings by Davis as well as BLKNWS by Kahlil Joseph, Davis’s brother; and a sculpture by Karon Davis, the artist’s widow.

Noah Davis was a painter and cofounder of the Underground Museum (UM) in Los Angeles. Despite his untimely death at the age of thirty-two, Davis’s paintings are a crucial part of the rise of figurative and representational painting in the first two decades of the twenty-first century.

Loneliness and tenderness suffuse his rigorously composed paintings, as do traces of his abiding interest in artists such as Marlene Dumas, Kerry James Marshall, Fairfield Porter, and Luc Tuymans. Davis’s pictures can be slightly deceptive; they are modest in scale yet emotionally ambitious. Using a notably dry paint application and a moody palette of blues, purples, and greens, his work falls into two loose categories: There are scenes from everyday life, such as a painting of a young boy in his Sunday best, or a man reading a newspaper in a housing project designed by famed modernist architect Paul Williams. And there are paintings that traffic in magical realism, surreal images that depict the world both seen and unseen, where the presence of ancestors, ghosts, and fantasy is everywhere apparent.

Generous, curious, and energetic, Davis founded, along with his wife, the sculptor Karon Davis, the Underground Museum, a dynamic space for art and culture in Los Angeles. The UM began exceedingly modestly—Noah and Karon worked to join three storefronts in the city’s Arlington Heights neighbourhood. Noah’s dream was to exhibit “museum-quality” art in a working-class Black and Latinx neighborhood. In the early days of the UM, Davis was unable to secure museum loans, so he organized exhibitions of his work alongside that of his friends and family, and word of mouth spread about Davis’s unique curatorial gestures.

On the occasion of the exhibition, a monograph is forthcoming from David Zwirner Books, featuring a new essay by writer and musician Greg Tate and a roundtable discussion with curator Thomas Lax, artists Glenn Ligon and Julie Mehretu, and poet and scholar Fred Moten, moderated by Helen Molesworth.

Born in Seattle, Washington, Noah Davis (1983–2015) studied painting at The Cooper Union School of Art in New York before moving to Los Angeles, where, in 2012, he founded the Underground Museum in the city’s Arlington Heights neighbourhood with his wife and fellow artist, Karon Davis.

Davis’s work has been the subject of solo exhibitions at Roberts & Tilton, Culver City, California (2008, 2010, and 2013); Tilton Gallery, New York (2009 and 2011); PAPILLION, Los Angeles (2014); and the Rebuild Foundation, Chicago (2016), among others. Noah Davis: Imitation of Wealth, which had previously been presented at the Underground Museum in 2013, opened at LA MOCA in 2015 on the same day as the artist’s untimely death at age thirty-two, due to complications from a rare cancer. In 2016, Frye Art Museum, Seattle, presented the two-person exhibition Young Blood: Noah Davis, Kahlil Joseph, The Underground Museum—the first large-scale museum show to explore Davis’s work alongside that of his brother’s. In 2020, an acclaimed solo presentation of Davis’s work was on view at David Zwirner, New York, a select portion of which will travel to the Underground Museum in December 2021.

The artist’s work is featured in the landmark exhibition 30 Americans, which was organised by the Rubell Family Collection, Miami, and has been travelling extensively throughout the United States from 2008 to the present (the exhibition is currently on view at the Arlington Museum of Art, Texas, through 5 September 2021, and subsequently travels to the Columbia Museum of Art, South Carolina, in October 2021). Davis’s work has been included in other notable group exhibitions, including ones held at the Santa Barbara Museum of Art, California (2010 and 2020); The Studio Museum in Harlem, New York (2012 and 2015); Carnegie Museum of Art, Pittsburgh (2017); and the Massachusetts Museum of Contemporary Art (MASS MoCA), North Adams (2018).

Helen Molesworth is a Los Angeles–based writer and curator. While chief curator at The Museum of Contemporary Art, Los Angeles, from 2014 to 2018, she forged a partnership with the Underground Museum and organised the exhibitions Kahlil Joseph: Double Conscience and Noah Davis: Imitation of Wealth. She is the recipient of a 2021 Guggenheim Fellowship.