Nirit Takele: The Space Between Us

Nirit Takele: The Space Between Us

In October 2021, Addis Fine Art will open a new, two-storey gallery space in the heart of Fitzrovia in London. The inaugural exhibition will be a solo show of new paintings by Ethiopian Israeli painter Nirit Takele, marking Takele’s second European exhibition with Addis Fine Art. 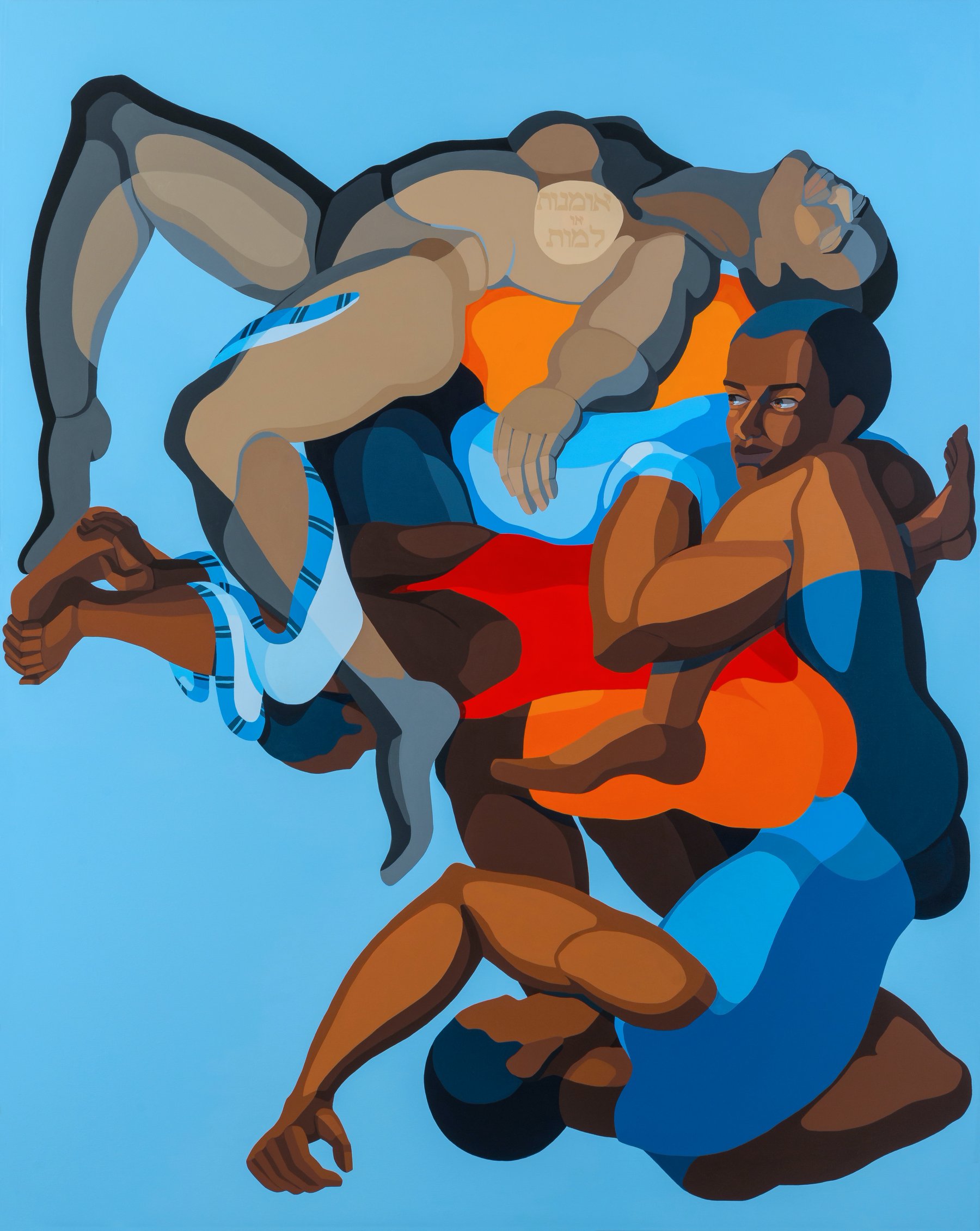 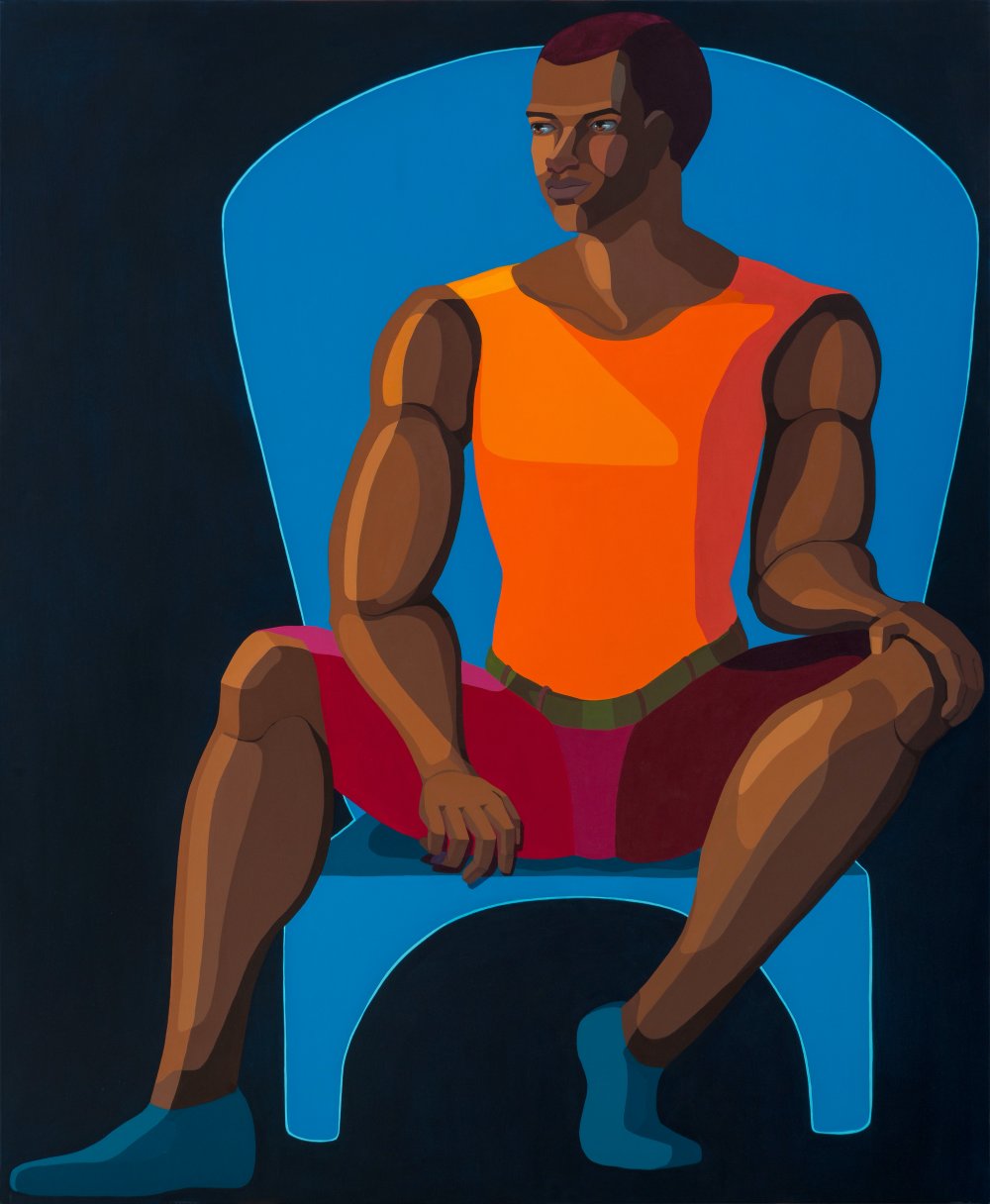 Born in Ethiopia in 1985, Takele moved to Israel in 1991 as part of Operation Solomon that saw more than 14,000 Ethiopian Jews evacuated. Takele’s cylindrical figurative paintings – reminiscent of the rounded forms of Fernand Léger – offer an insight into the Beta Israel or the Ethiopian Israeli community. The works in this exhibition are not only a continuation of her exploration of the community she hails from, but they also incorporate narratives from the last turbulent 18 months, since the world has been rocked by the global pandemic and a renewed urgency in the fight for racial justice. Takele’s previous spacious compositions have been replaced by complex entangled melees of figures, supporting one another, or collapsing and buckling under each other’s weight. In doing this, the artist aims to explore the relationships between the subjects and to portray closeness and intimacy as an antidote to the troubled times we live in. In the exhibition’s namesake painting, The Space Between Us, two faceless people are bent forward in yogalike forward bend poses, as a third protagonist clambers on top, using the people below as support beams to uplift themselves. In another painting titled Atmosphere of Illusion, there is an air of weightlessness as characters swirl across the canvas, with one lurching forward to present a small transparent box, in an attempt to court the woman in red. Throughout her latest work the viewer is enticed into the world of this coterie of friends and relations and invited to look beyond the magnificent hues. The racial justice element of Nirit’s work is elucidated in her seminal painting, Human Pyramid (Last Bloom in July). Conceived in the summer of 2020, at the height of worldwide social unrest, Nirit became interested in the use of nudity in protest, following two widely publicised cases. These include the case of ‘Athena of Portland’ when a nude Black Lives Matter protestor weaponized her naked body in the face of militarized federal forces, and a protest in Israel two weeks later in which a woman climbed atop of a sculpture of a menorah exposing her breasts. Both women were lauded and derided in equal measure in the court of public opinion. The towering canvas contains a heap of figures similar to others in the exhibition; but on top of the pyramid of men lies a limp female figure with breasts exposed, and her skin a greyish tone as if devoid of life. On her bosom is written in Hebrew ‘Art or Die’, a popular slogan in the Israeli art scene, which expresses the importance of art and the power of creativity. The artist wishes to represent the acts of protest by the two women but chooses to use a skin tone reminiscent of a marble sculpture, as a statuesque memorial of unity and solidarity with all women. Takele currently works from her studio in Tel Aviv. Her works are included in prestigious public and private collections including the Israel Museum, START collection, and Shenkar College. She is the 2017 winner of the Sotheby’s ‘Under the Hammer’ prize and her work has been shown in numerous exhibitions including a group exhibition at the Haifa Museum 2017, Fresh Paint Art Fair 9 2017 and The Negev Museum of Art 2016. This is her second solo exhibition with Addis Fine Art in London.