Collecting Colour is the first solo exhibition by British artist Nina Murdoch (b. 1970) in four years. 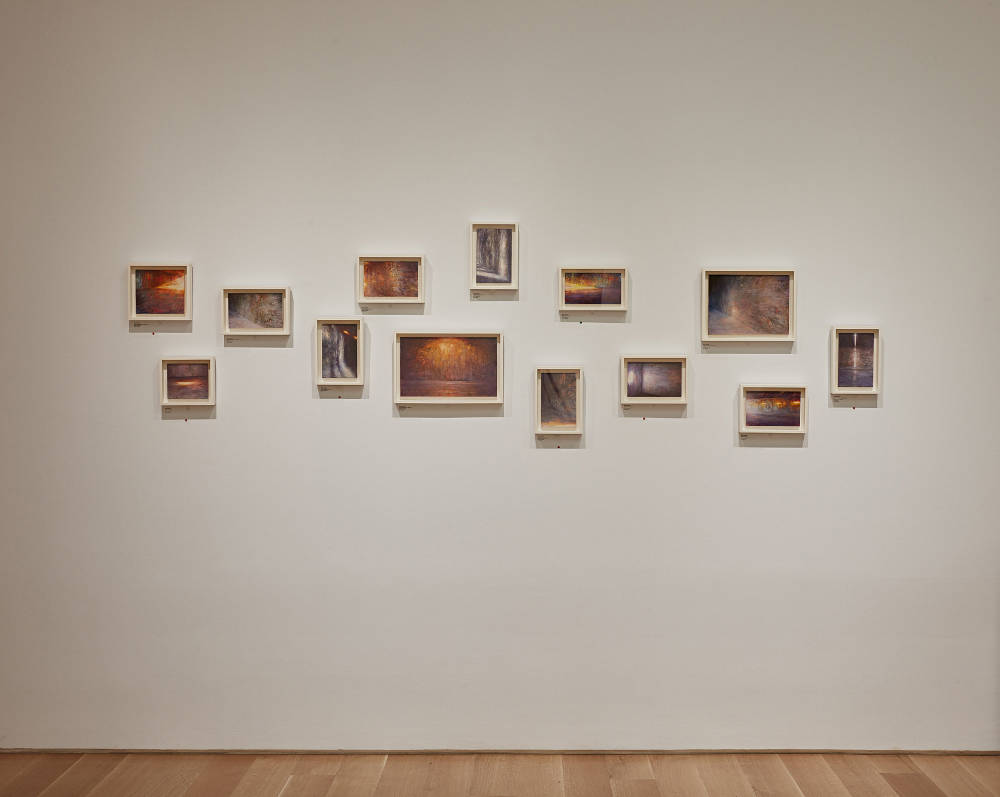 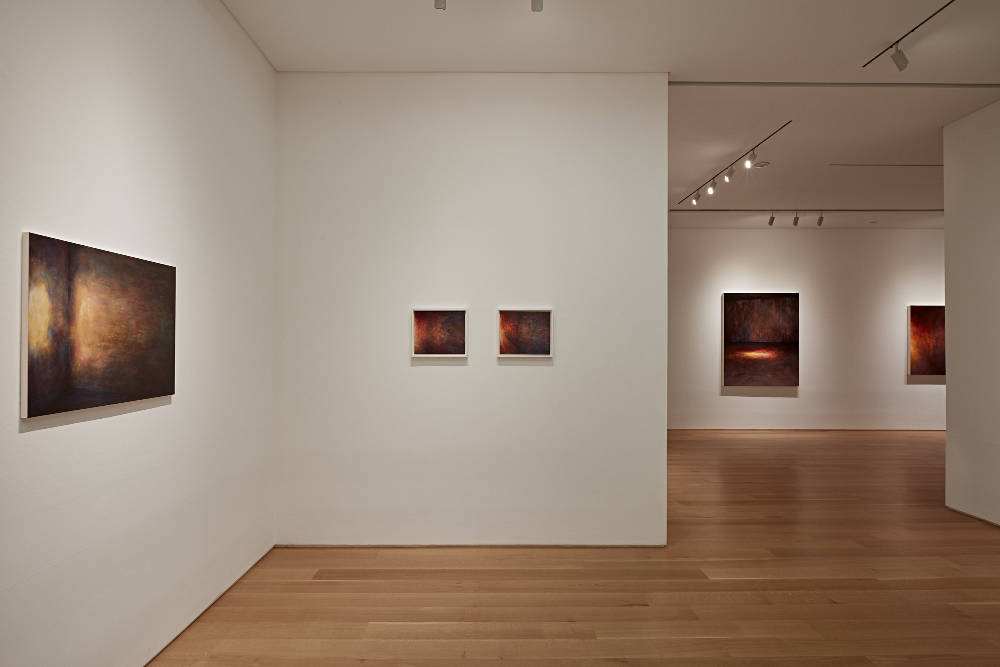 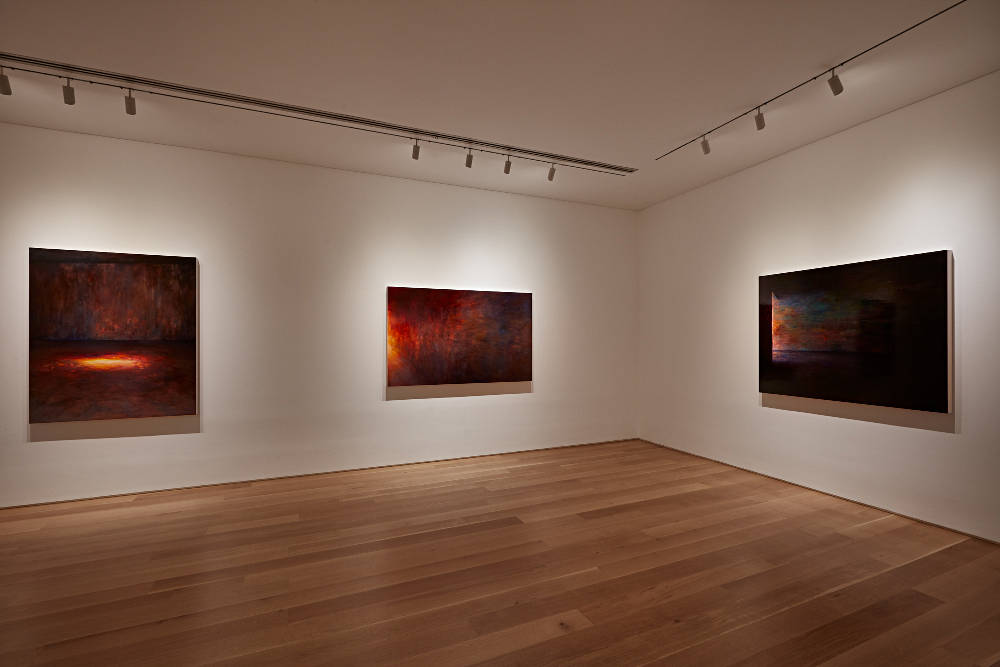 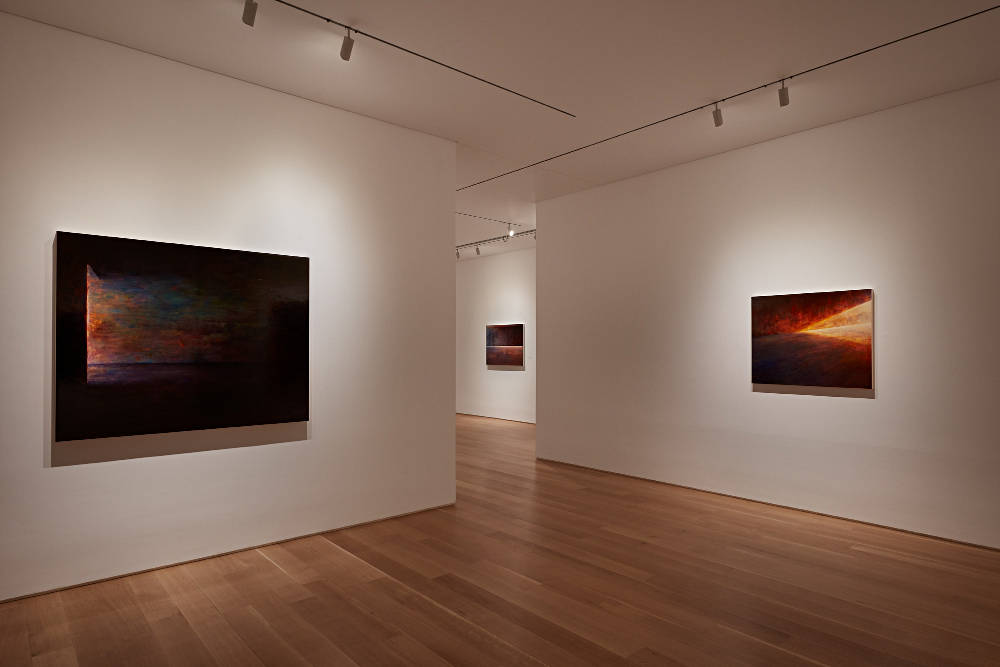 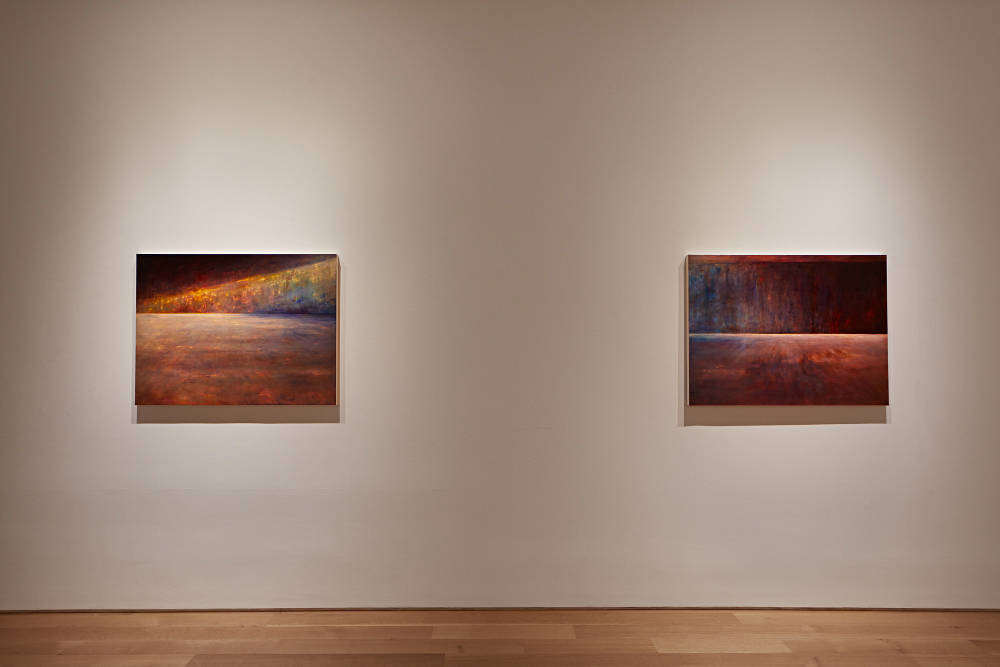 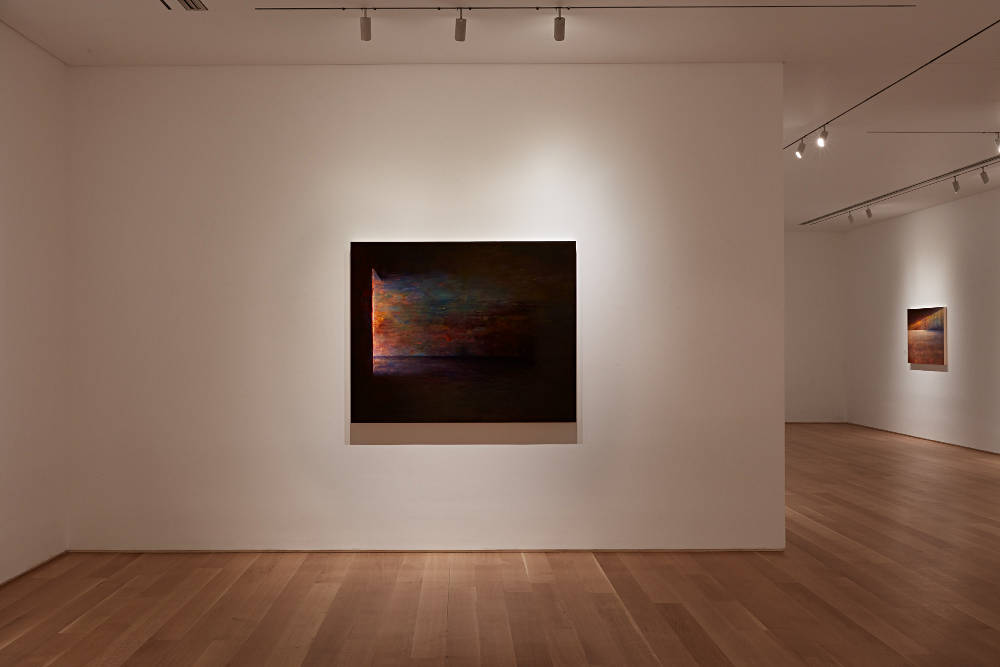 During this time she has simplified her subject matter, concentrating on her technique to allow the paint to assume greater importance. She has produced monumental paintings with a depth and quality that resonate light and atmosphere in dramatic and hypnotic visions. The exhibition brings together 16 new large-scale egg tempera and gesso paintings alongside a group of pastel studies. Together they showcase Murdoch’s representation of architectural spaces from a close-up, more abstracted viewpoint.

Murdoch works with materials with meticulous finesse – some works take years to create. Every painting presents a time capsule of the artist’s life at the time it was painted. Titles of the paintings are inspired by the names of the songs Murdoch listened to whilst painting – one of her ritualistic, meditative practices. Murdoch layers egg tempera colour on gesso-coated board and then painstakingly scrapes back the surface to unveil earlier colours. These new works present abstracted urban views cut by luminous shafts of light, in a style described by art critic Andrew Lambirth as ‘abstract baroque’.

In his catalogue essay accompanying the exhibition, Lambirth says, “Murdoch is perfecting a notation of the world as shifting, luminous, ultimately unreliable. Her art encompasses the sudden shining forth of some aspect of truth or reality gathered from observation, invariably of the commonest events or objects, such as a light-fall in the corner of a supermarket car park. Such revelation requires a fresh painterly language, new and startling.” Nina Murdoch graduated from the Slade in 1993 and from the Royal Academy Schools in 1996.

Coming from a family of architects, her ancestry is ever present in her practice. City scenes in her early work focused on hidden corners of the urban landscape as seen in her 7ft commissions for the Hiscox Collection. She has not entirely moved away from the subject of light across street corners, underground car parks or bridge underpasses. She now looks more closely at the constructed edges and allows colour to transform the mundane.

In 2008 Murdoch won the first Threadneedle Award for figurative artists. She had solo exhibitions at The Fine Art Society and Blue Gallery before joining Marlborough Fine Art in 2011 with her first show, Shedding Light, followed by Enlightenment in 2014. Murdoch has a strong collector following and her work is held in several major collections including David Roberts Foundation, Hiscox and Fleming-Wyfold Art Foundation.

Courtesy of the artist and Marlborough Fine Art, London