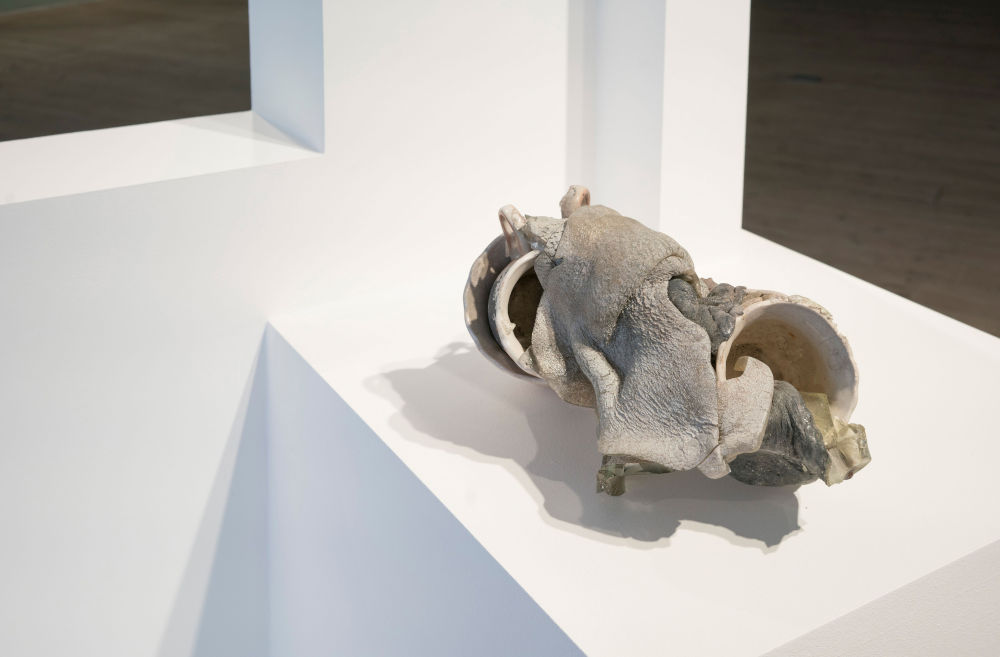 In his exhibition, Nikita Kadan (born 1982 in Kiev) explores current social and political developments in Ukraine and their foundations in Soviet communism. In his installations, objects, and pictures he shows the extent to which the emancipatory side of the communist avant-garde has been repressed today, in the context of both military conflict with Russia and neoliberal profiteering. He illustrates this with reference to the present state’s approach to monuments from the communist period, which have been left to decay or been destroyed. Kadan advocates a more complex view of the past and its utopias, particularly looking at the biographies of two key figures in the Ukrainian-Soviet avant-garde: Vasyl Yermilov (1894–1968) and Ivan Kavaleridze (1887–1978). While Yermilov is seen as a major protagonist in Ukrainian constructivism and the co-founder of an artists’ workshop comparable to the German Bauhaus, Kavaleridze was an innovator in film and the creator of monuments with both propaganda content and avant-garde form.