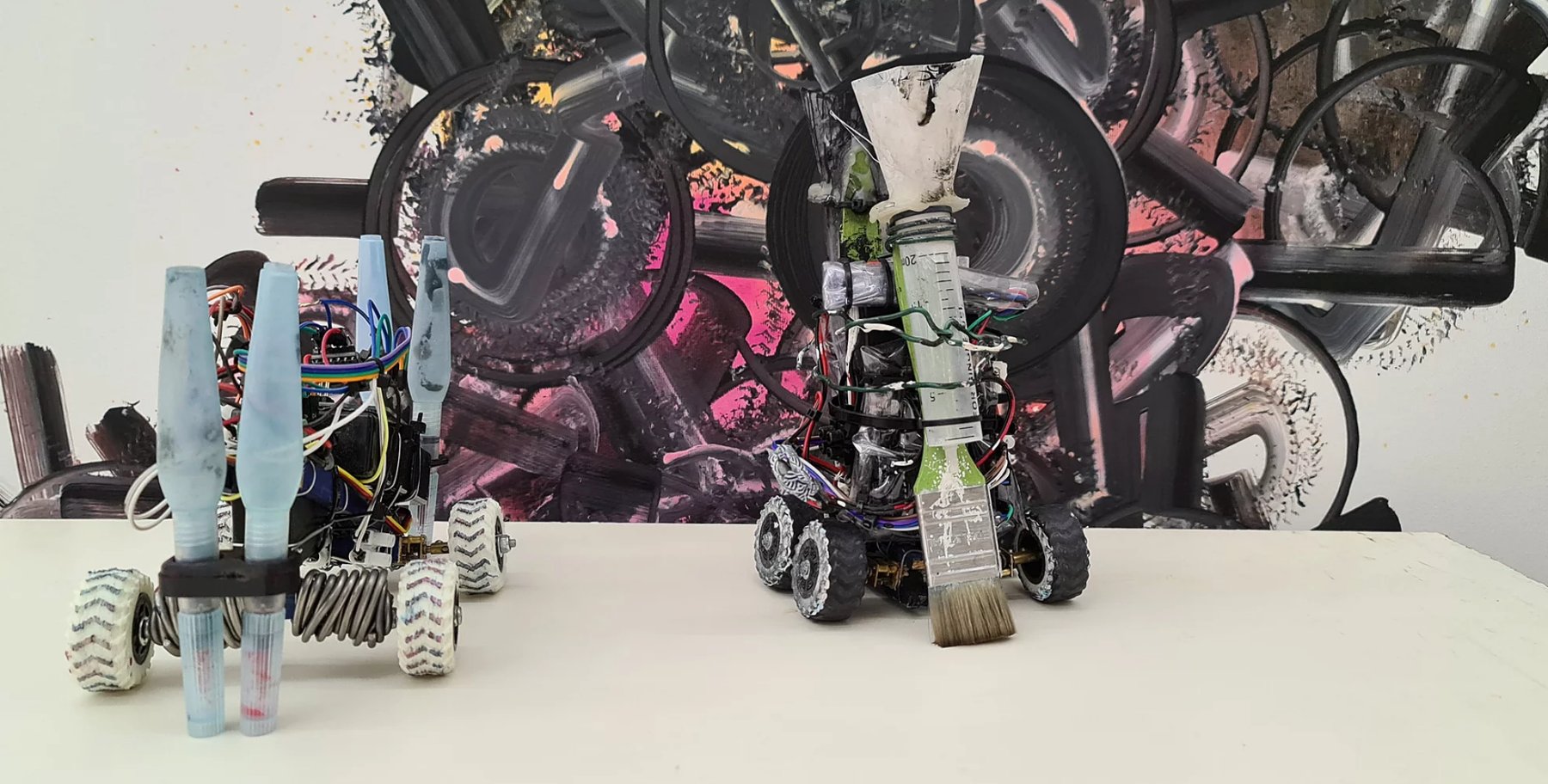 Niki Passath searches in his artistic creations answers to the mystery of life, the people, their emotions, social behavior, their behavior compared to machines and to the surrounding nature.

On this adventurous journey in search for knowledge he touches different disciplines. From robotics to artificial intelligence, from quantum physics to the life sciences. On different research travels through Europe to the Americas, Asia and Australia he is finding answers, which he assembles in kinetic objects, photographs and artistic-scientific configurations.

He expresses himself using different materials, technologies and media and is always looking for new challenges in form and content. 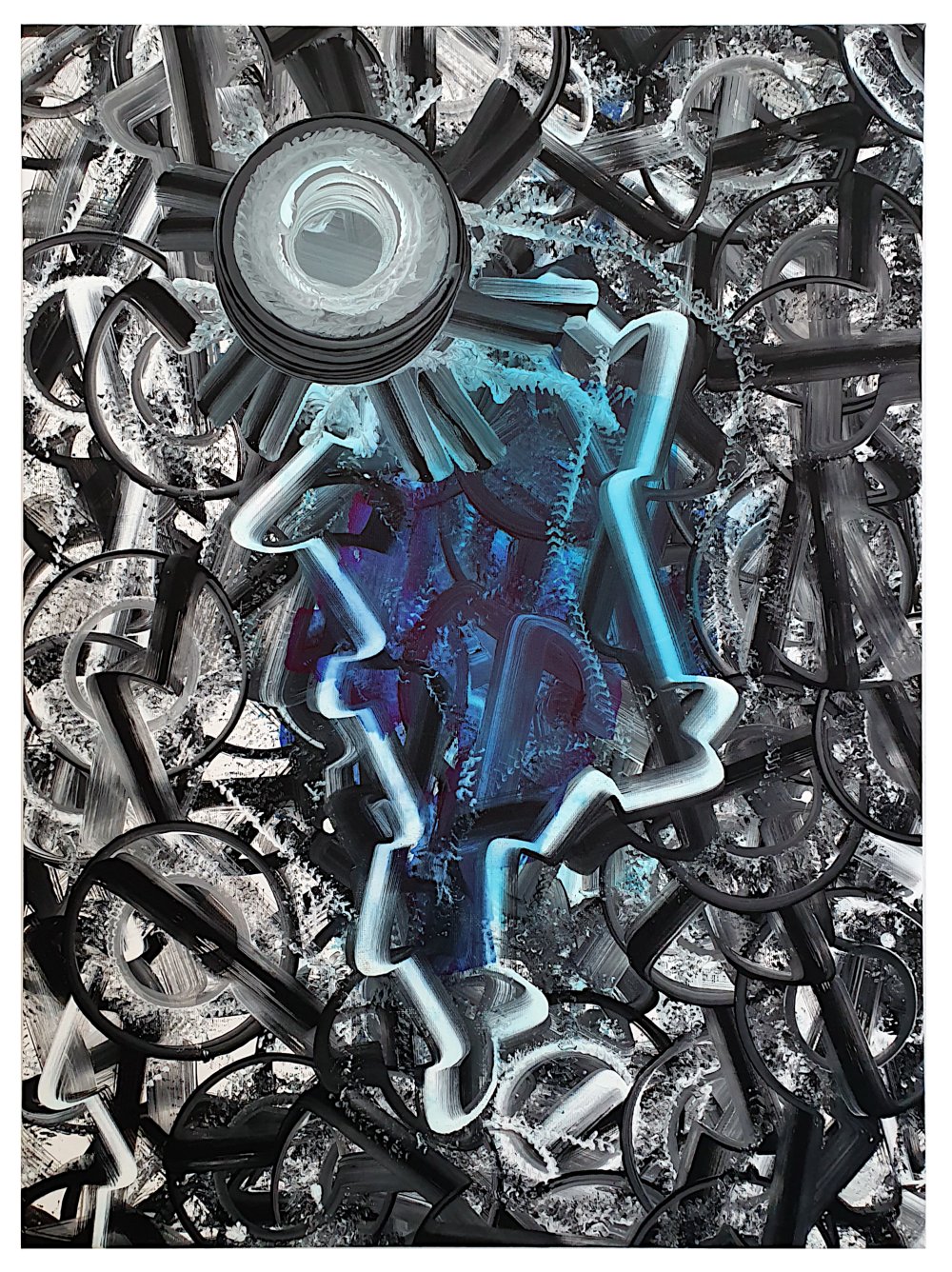 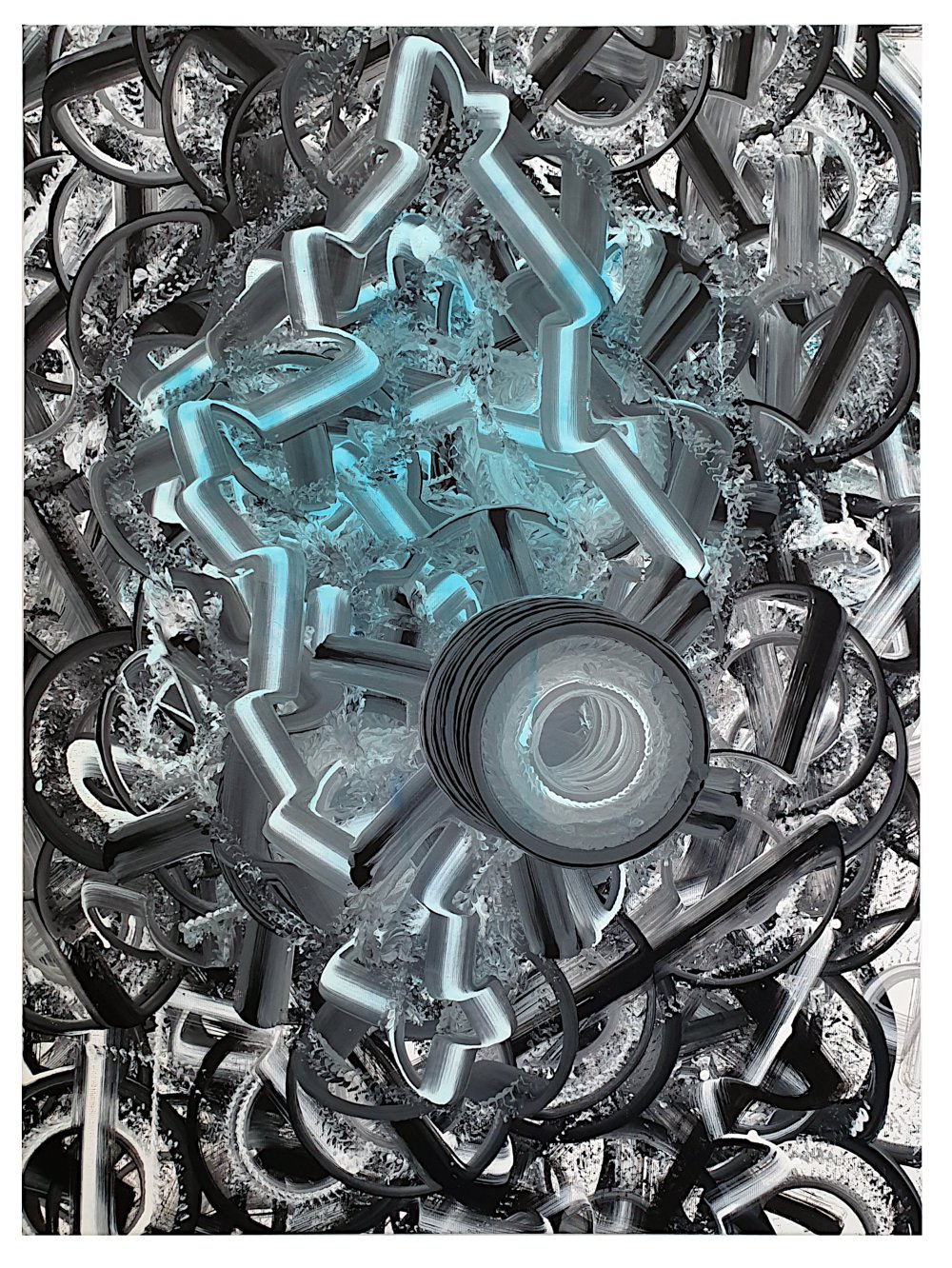 Niki Passath graduated from the University of Applied Arts in Vienna in 2004 with Brigitte Kowanz, Peter Weibel and others in the digital class and since then has been developing interdisciplinary works that develop between robotics, music, the performing and visual arts. With space as a constant starting point, works are created whose content and aesthetic radius can only be clarified through an understanding of the different methods and procedures used by the artist: Passath spans a network of connections and references between different areas, which is similar to a rhizome, but precisely as a synthetic whole, symbolized in the work. In a discussion of Passath's artistic practice, one thing quickly becomes clear: a stringent interdisciplinary approach hypostases the figure of the artist. In his works, visual arts and performing arts converge by Passath transferring, for example, methods of performing arts to his objects, paintings or drawings by transferring concepts such as choreography into the context of his kinetic - robotic objects. 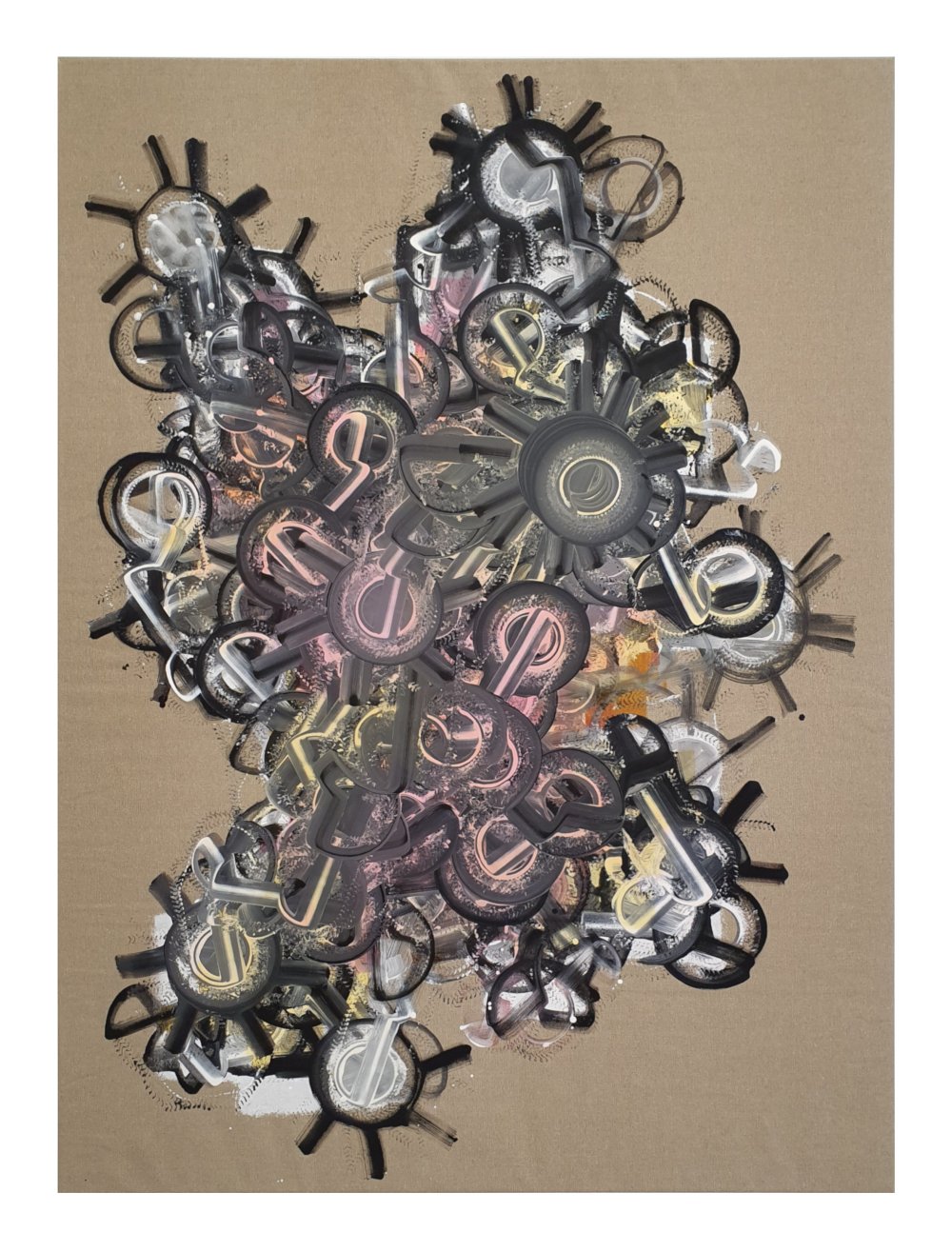 On the basis of classical music, Passath develops "extended instruments" - machines or robots - to which movements are planted by the artist, which they then perform in performances, in front of or without an audience and in the studio, but always in different symbiosis with the artist (depending on the series of works ), list. The symbiosis between artist and robot, or rather mechanical construction, takes place, for example, by drawing the line that the object follows - or by briefly swiping by hand with which sensors are addressed, and the object, for example, spontaneously changes its direction deliberately changes. But also about painterly aspects - such as the monochrome background, against which the object then performs its movements and leaves the unique traces of its existence. Passath does not use programmed or constructed machines for this, but develops mechanical, robotic constructions that sometimes follow the specific movement modes programmed by the artist and, for example, perform precisely those choreographies from the simplest material such as wood or mass-produced small computers. During these actions or performances, these objects leave traces of these movements on canvas or paper - "robotic movement studies" - as Passath has already called them. 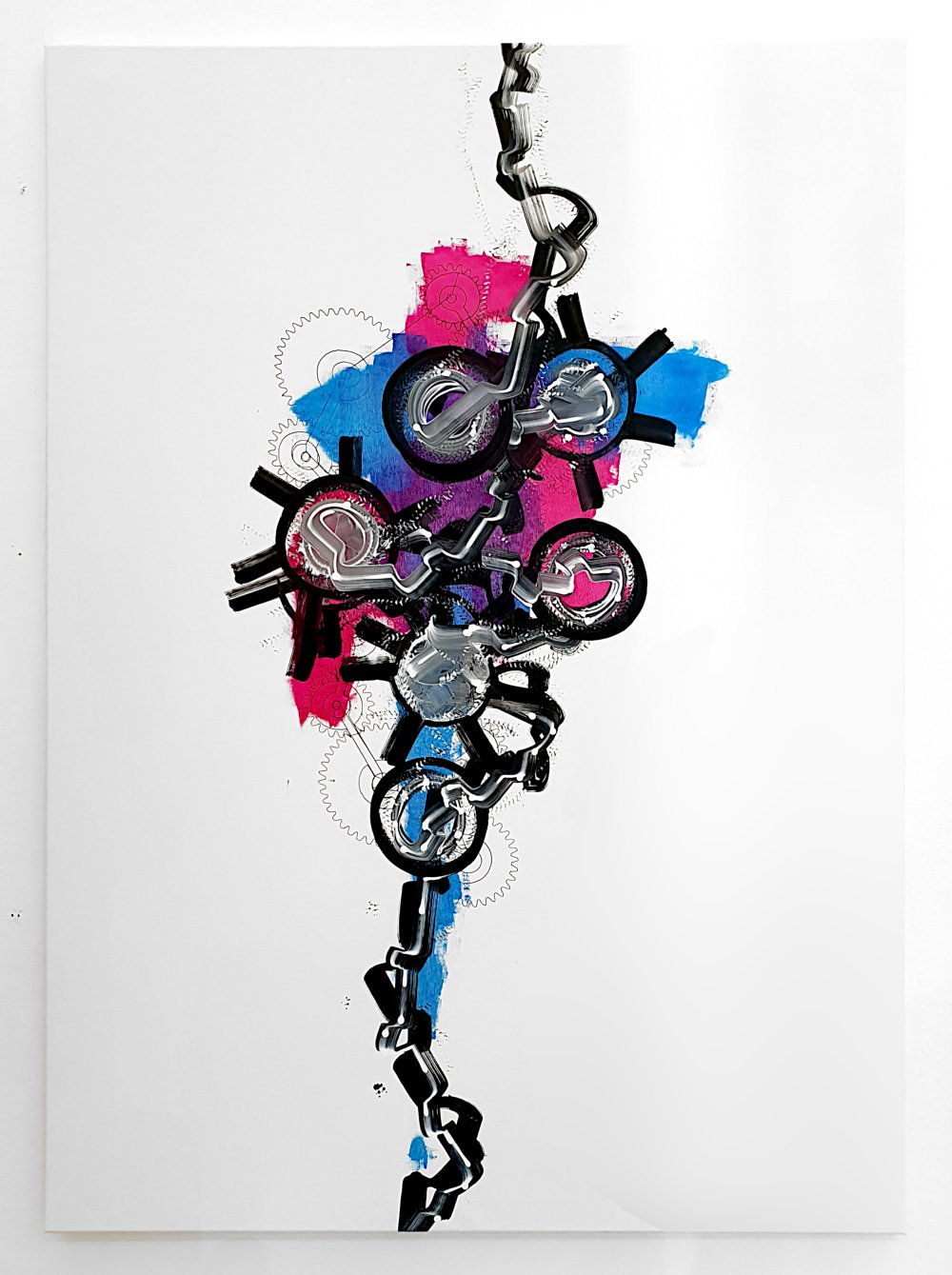 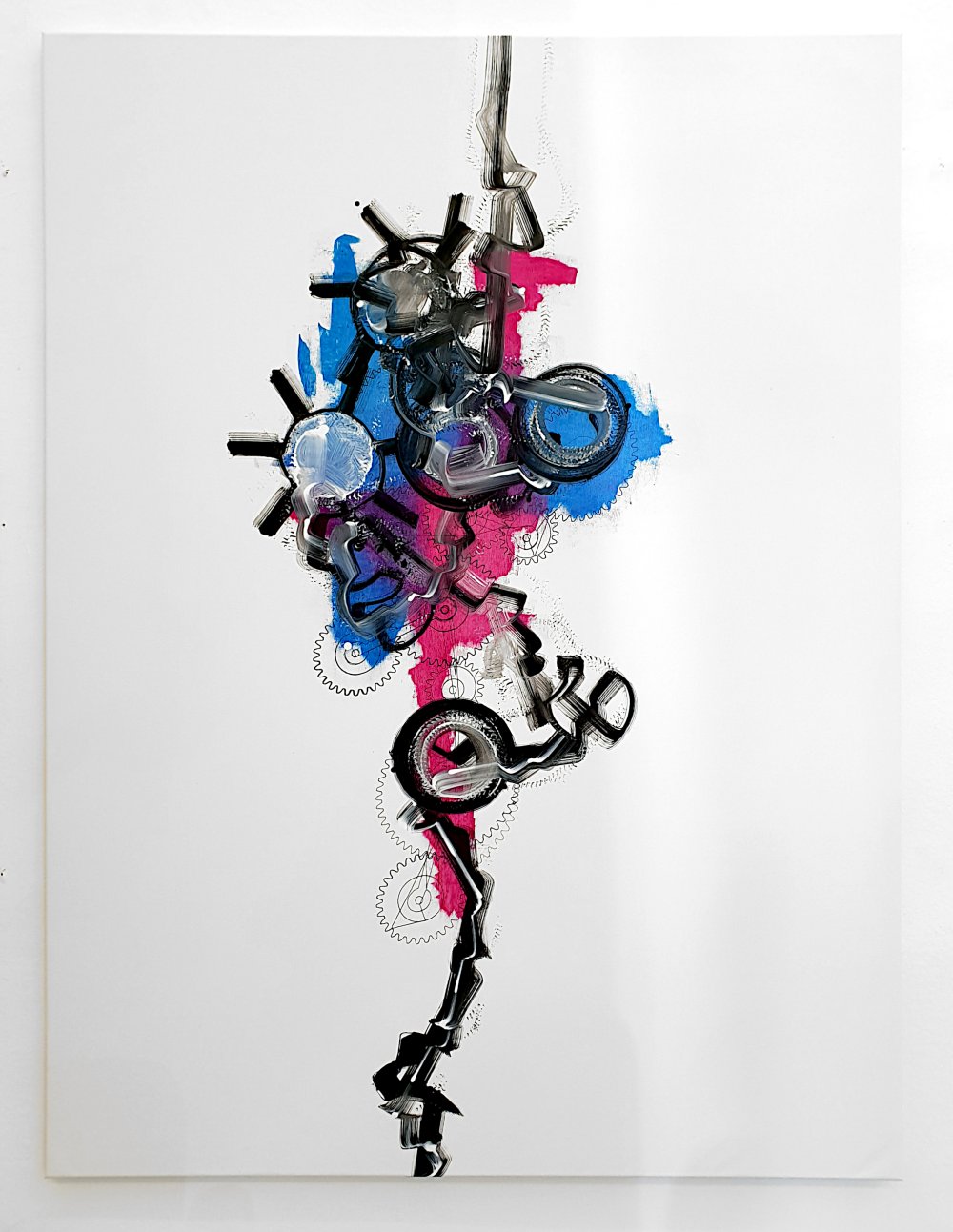 In an occupation with art-historical literature about the artist, the liveliness of the objects or their peculiarity is repeatedly addressed, the artist: "The robots do not seem lifelike because of their appearance, but gain the appearance of vitality by their movements." It is clear that Passath explicitly understands the perception of liveliness in the machine or robotic object as a significant conceptual aspect of his works through the specific movements with which he equips the objects. So it makes sense within the artistic practice of Passath to grapple with the development of movement motifs, different motives have to be differentiated from each other. Through their movements, the artist's objects also generate a specific behavior - with each other or with the audience - which is perceptible to the recipient as a social behavior and to which the performance audience can react emotionally. 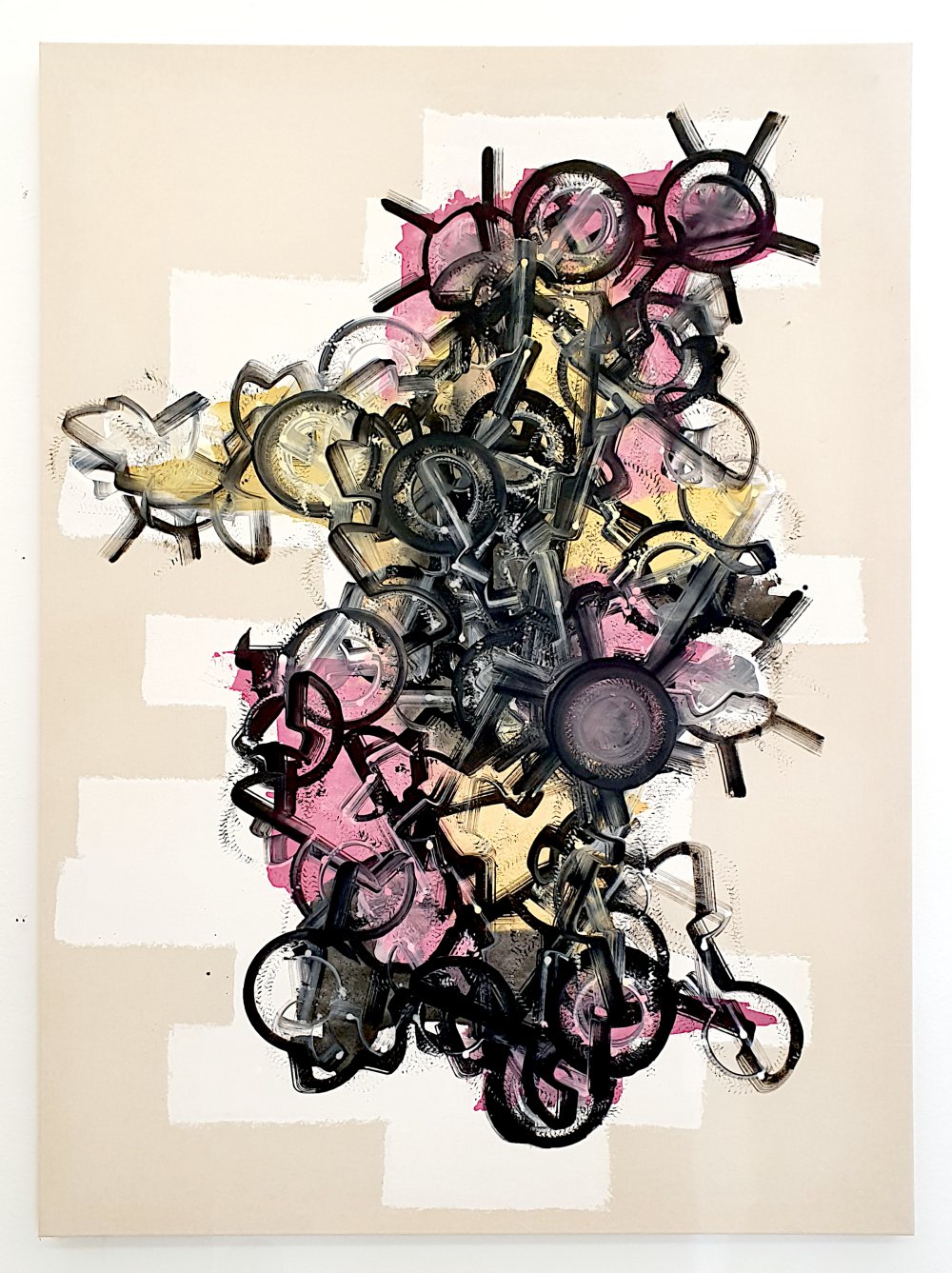 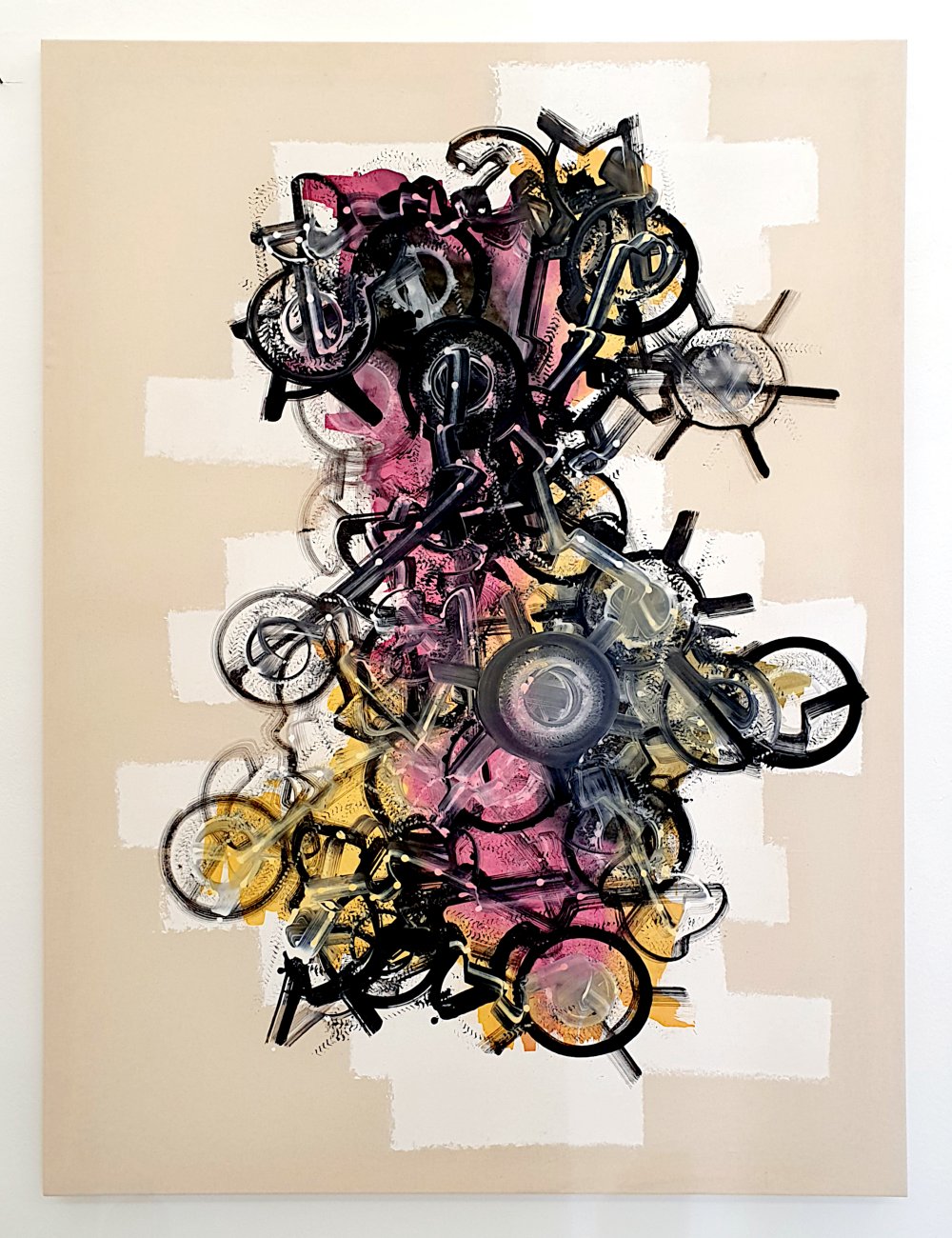 In this way, it can be stated that in some of the artist's series of works, in addition to the kinetic-robotic construction of the object as the first work level, leaving traces of the object within a performance or action is to be understood as a further work level. In performance, the object leaves traces of its existence - its specific behavior - its movements, monochrome or with different colors on linen or paper spread out on the exhibition floor. With the series of works “Painting Traces”, “The Entertaining Aspect of Destruction” or “Thinking like a machine”, for example, a distinction must be made in the individual work analysis between: the object, the “robotic symbiotic performance” with the object and the resulting paintings and drawings. In addition, the object itself is to be analyzed once kinetically and once sculpturally or plastically and as a performance relic - which makes the conditions and possibilities of sculpture / plastic per se just as much a topic as the possibilities of performance art: in the performative painting process, the artist spans the canvas , paints the monochrome background, for example, as a painting surface and has the objects he developed drawn on it with the pencil. For the duration of the performance, artist, object and painting enter into a symbiotic connection - the paintings and objects then take on an autonomous work character - but at the same time they are relics of the same performative process: in a symbiosis of humans and robotics, generative paintings and objects are created, which in their Technologically appear aesthetic and yet anthropomorphic - they generally come from humans as developers of the machine or robot. In this way, these works also deal subtly with that relationship and thus drive a questioning of, for example, artificial intelligence or emotional intelligence. In this way, a significant characteristic of his artificial practice can be concretized for Passath's previous oeuvre: an “in between” that distinguishes his works in principle - between sculpture / object / sculpture, painting and performance, between standstill and movement, between the time-enduring state and the ephemeral moment. 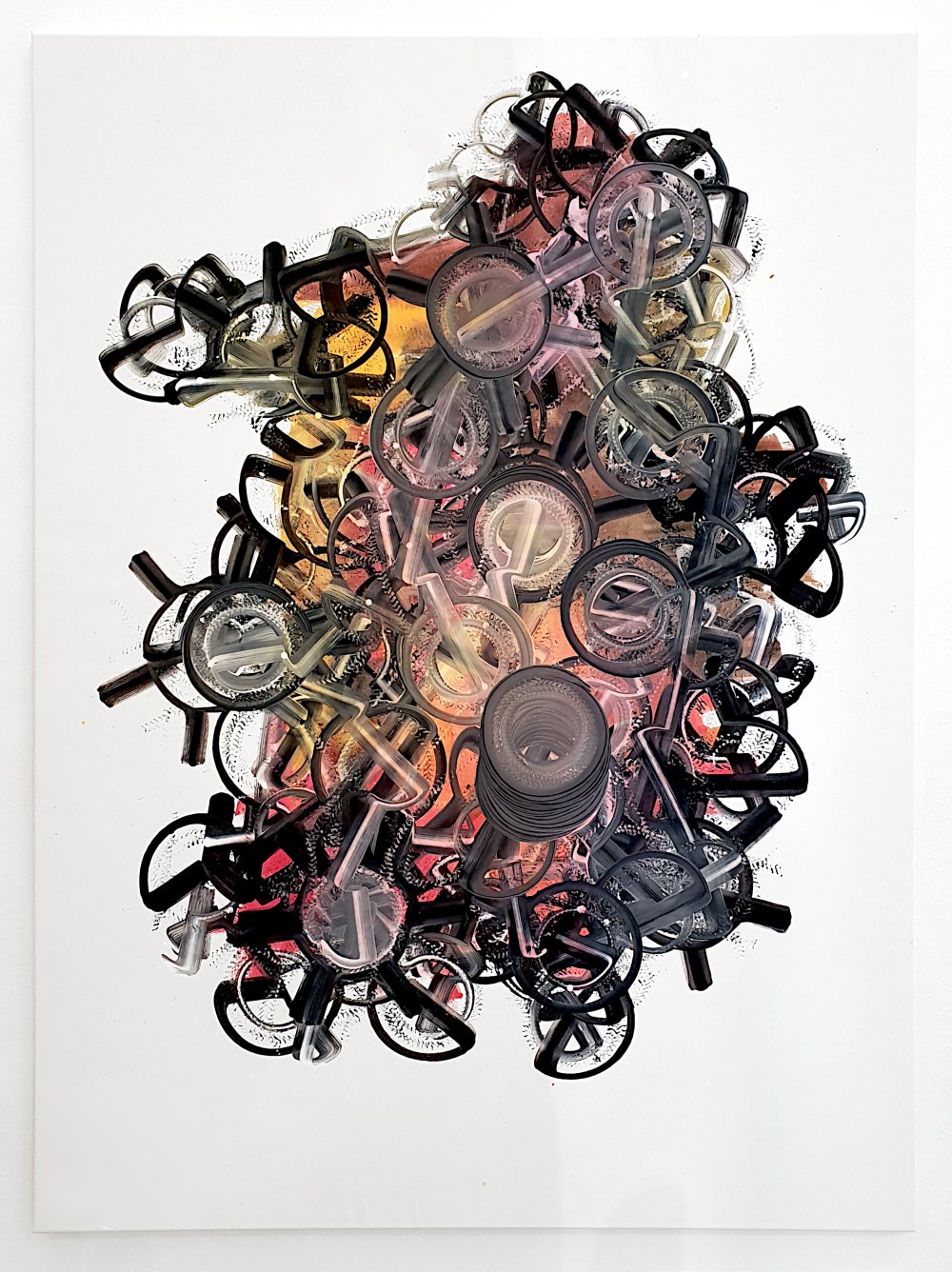 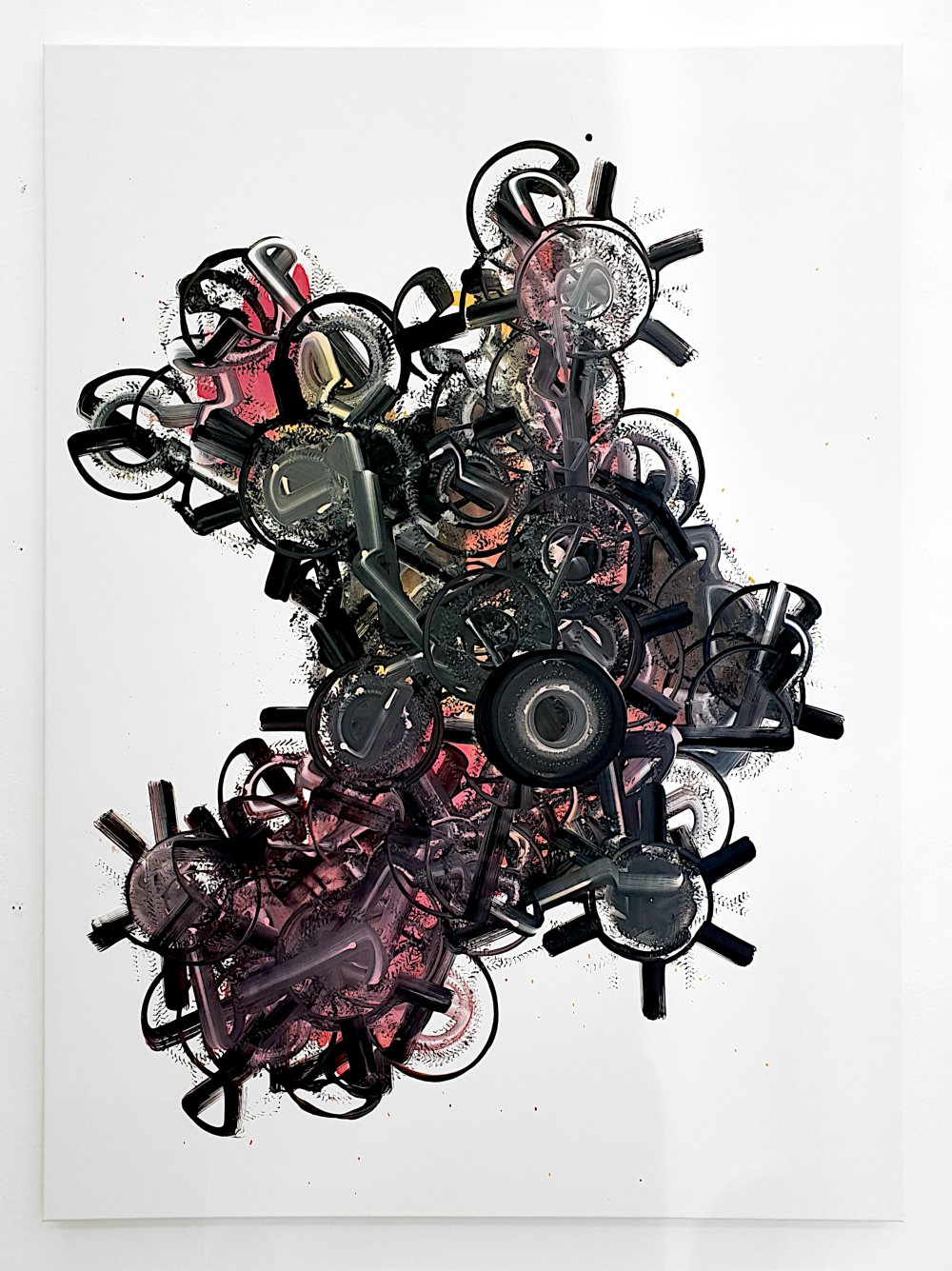 Niki Passath was born 1977 in Graz, Austria. In 1988, he began with Violoncello studies, in 1995 with Architecture and graduated in 2004 in Digital Art (Peter Weibel, Karel Dudesek, Tom Fürstner) at the University of Applied Arts. He lives and works in Graz and Vienna, Austria and is represented by the Lukas Feichtner Gallery in Vienna, the GPL Contemporary in Vienna und the Gallery Heimo Bachlechner in Graz, Austria