Nicole Eisenman. Where I Was, It Shall Be

Nicole Eisenman. Where I Was, It Shall Be 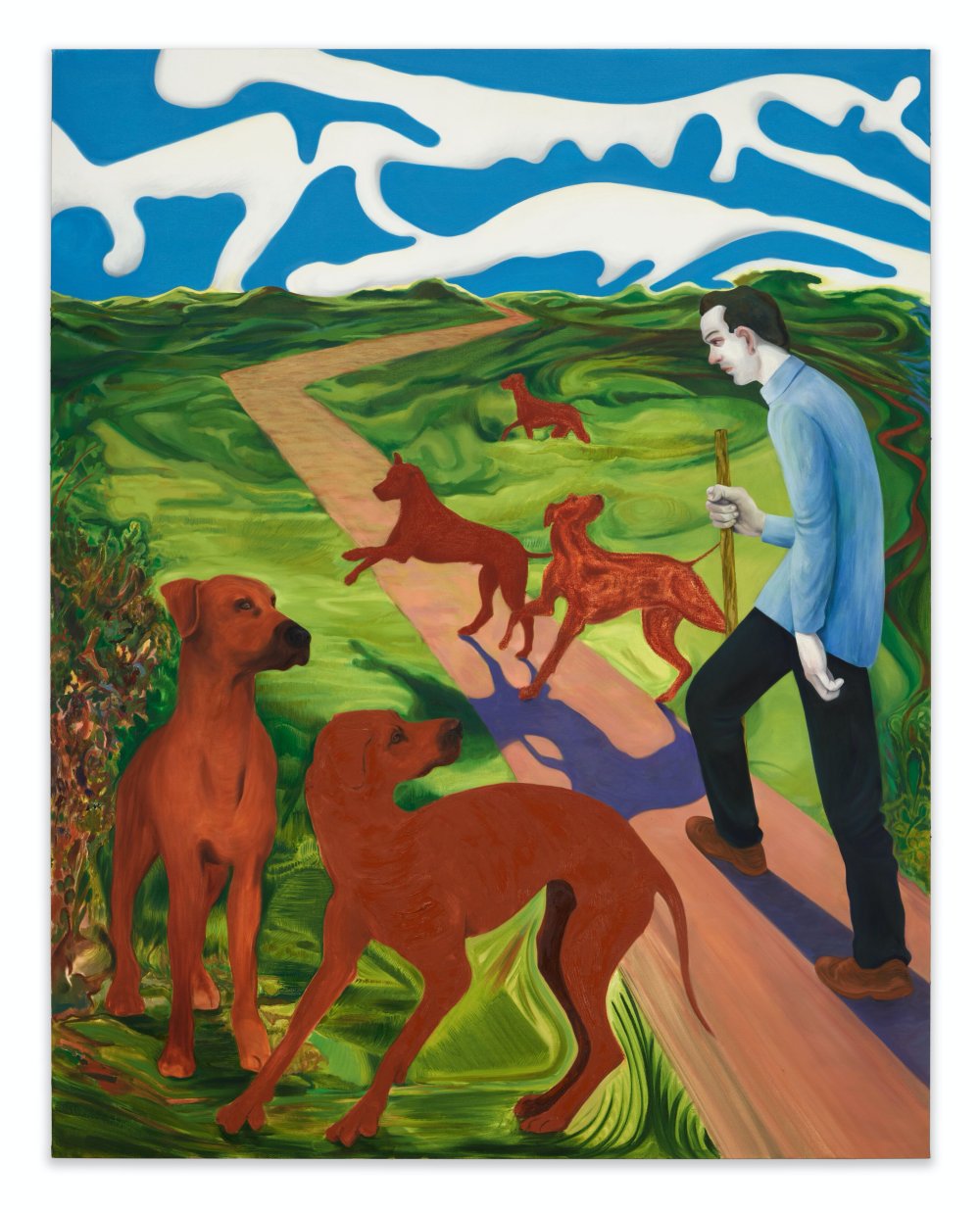 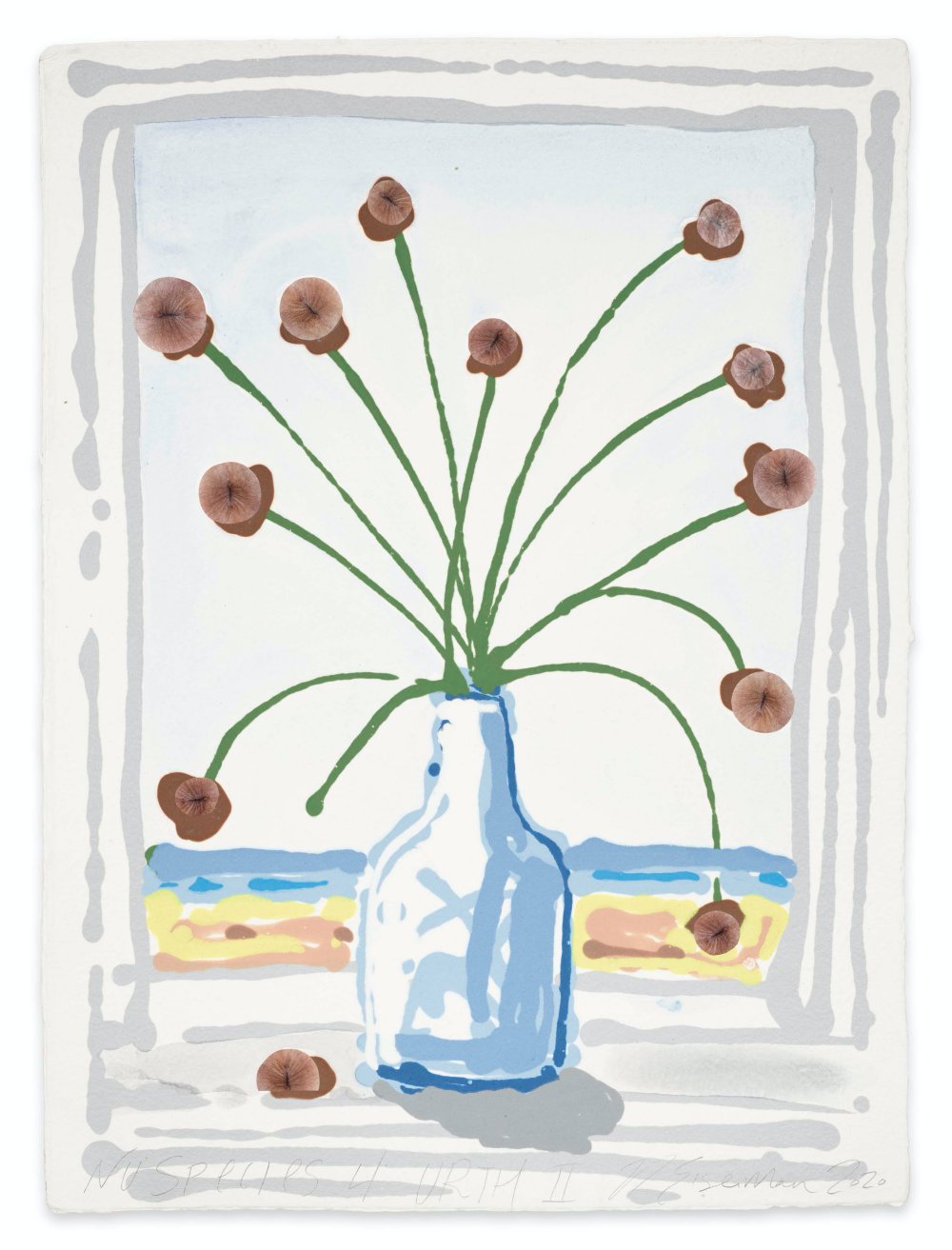 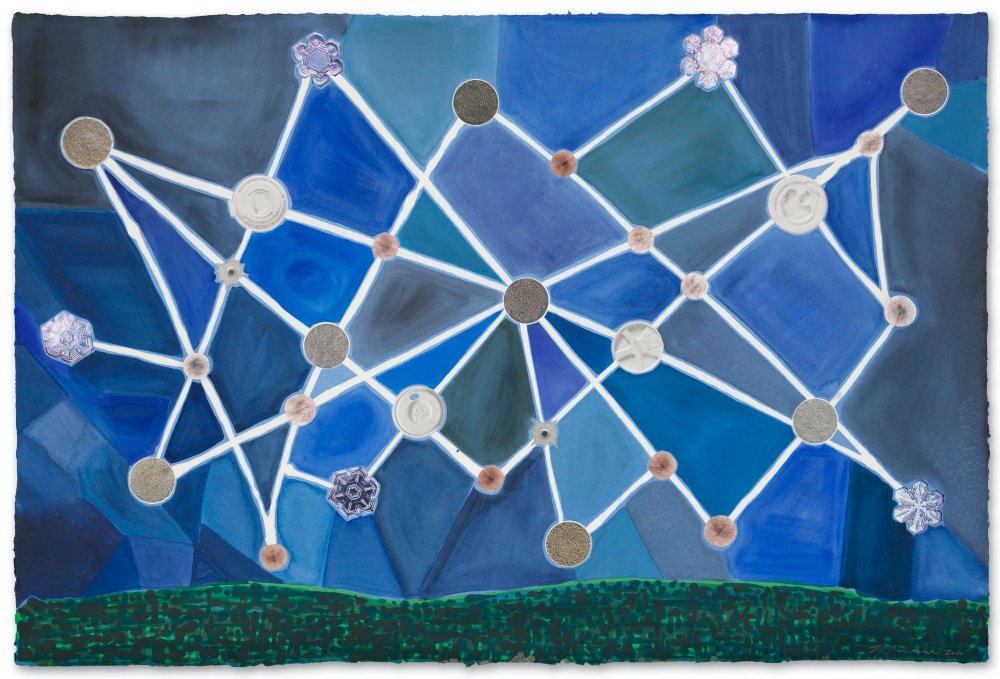 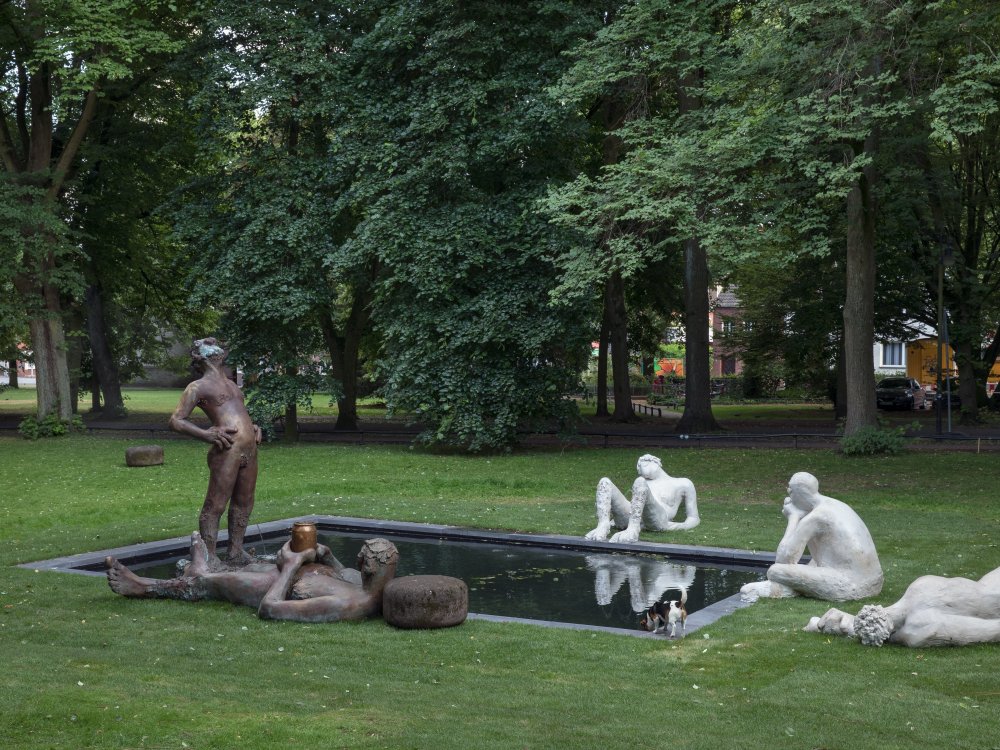 Nicole Eisenman
Sketch for a Fountain , 2017 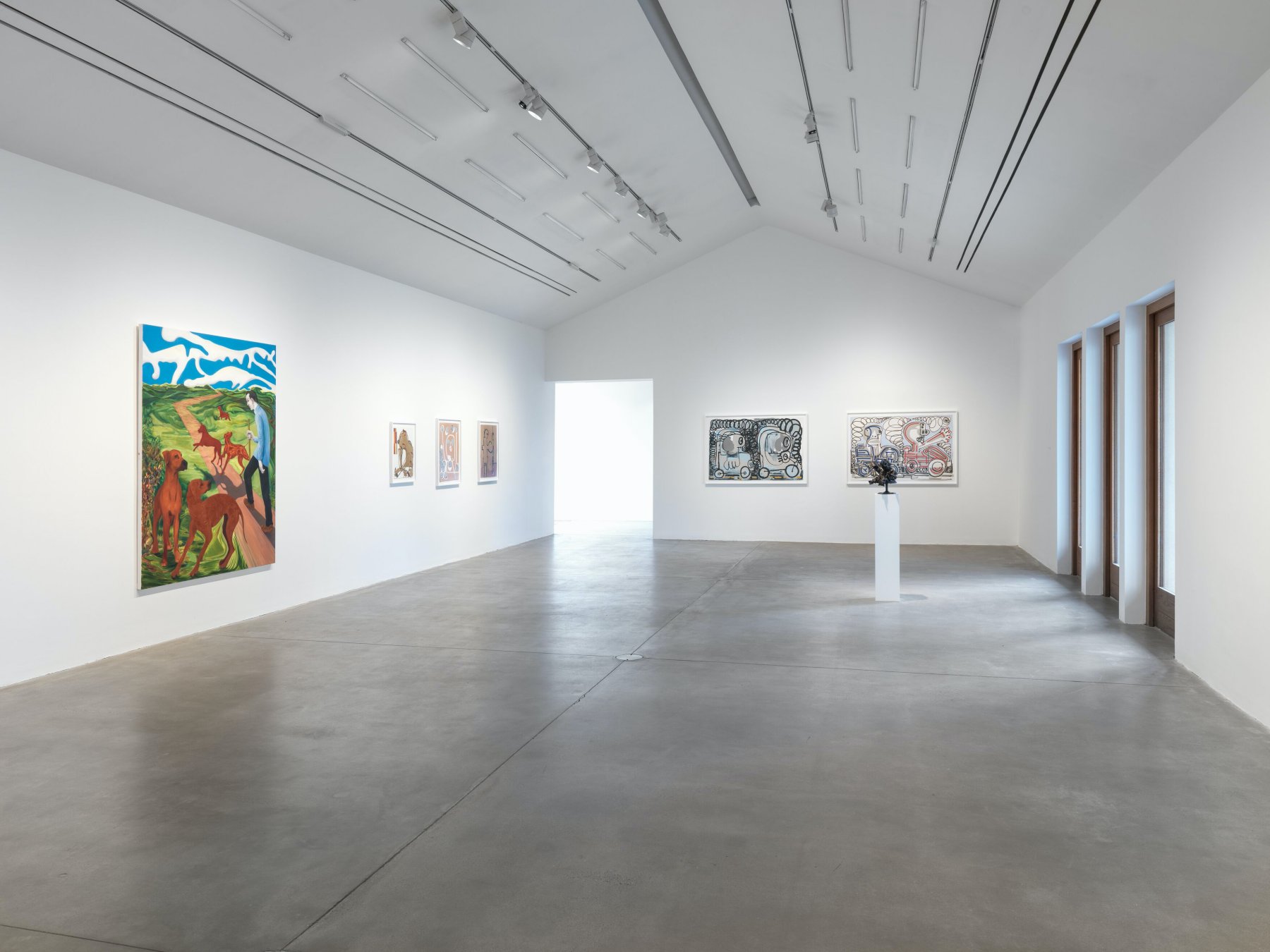 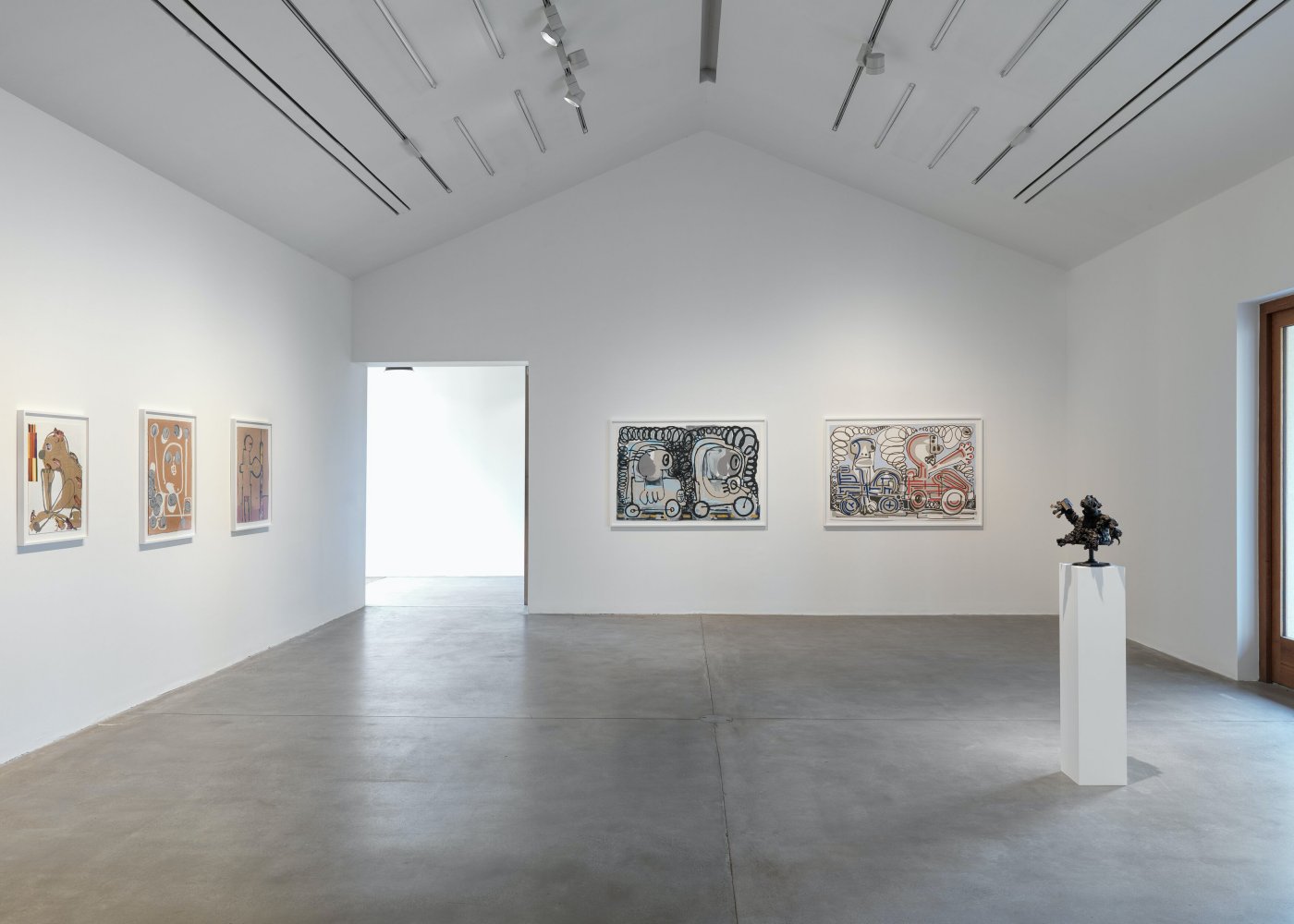 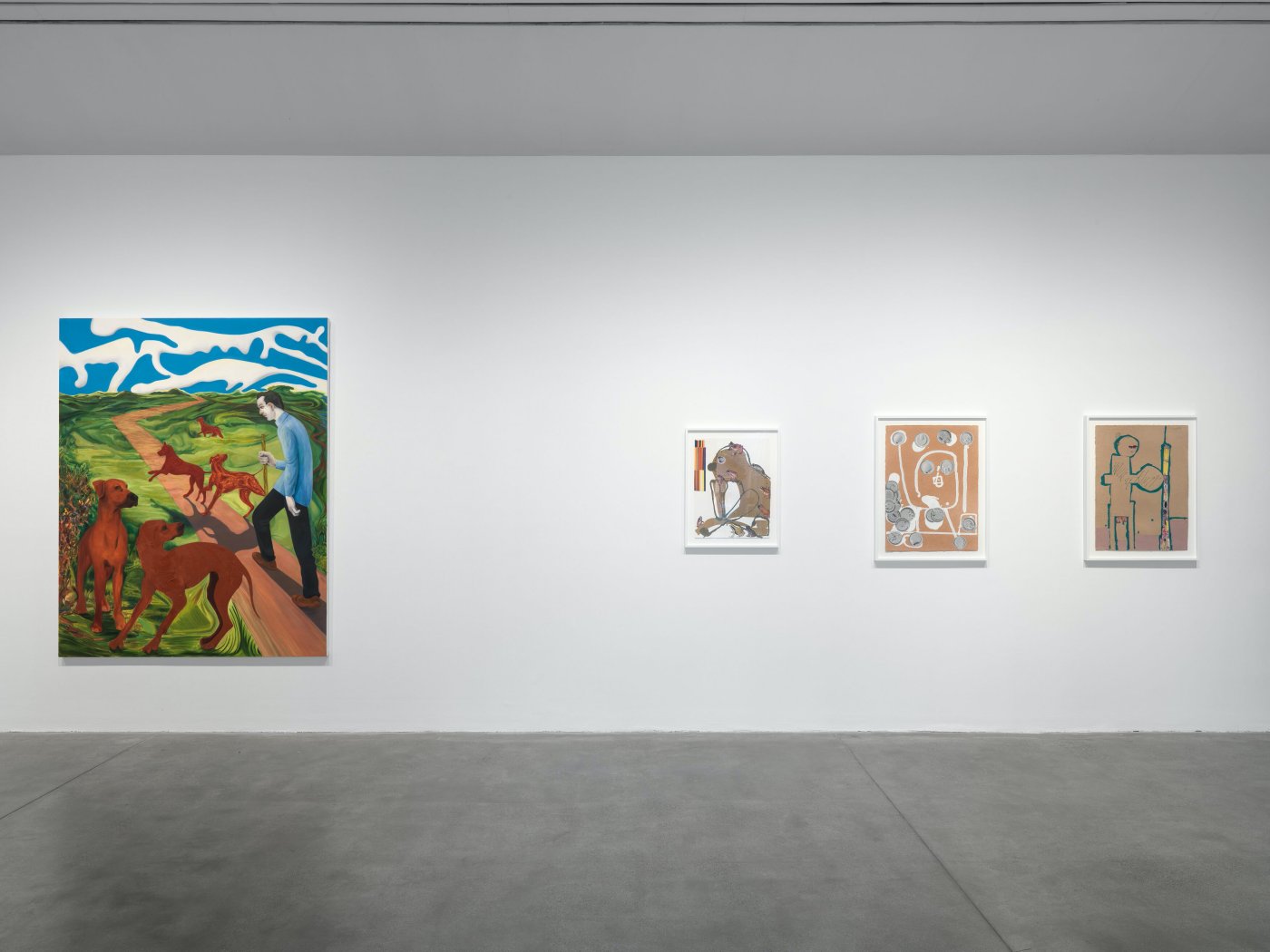 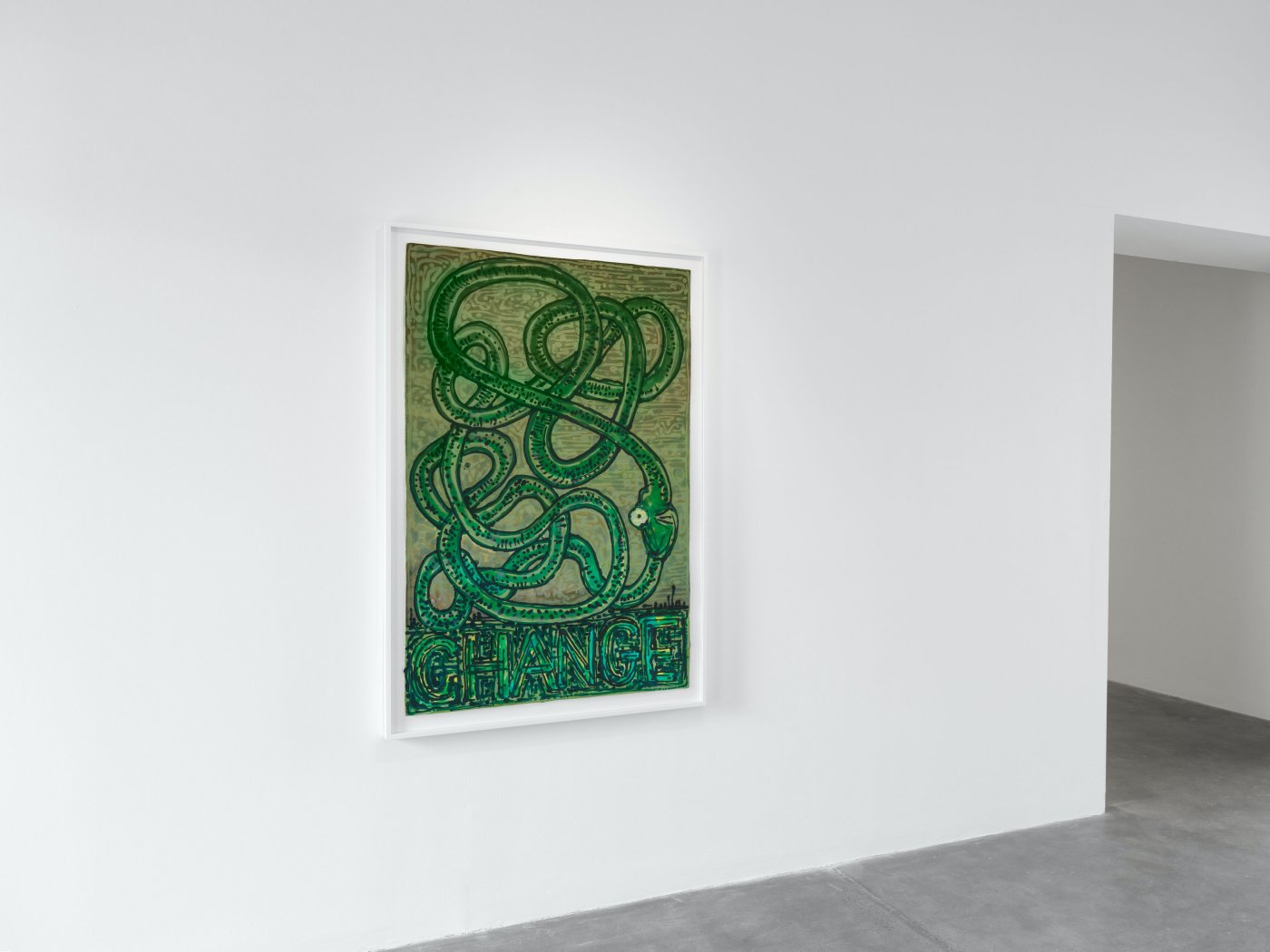 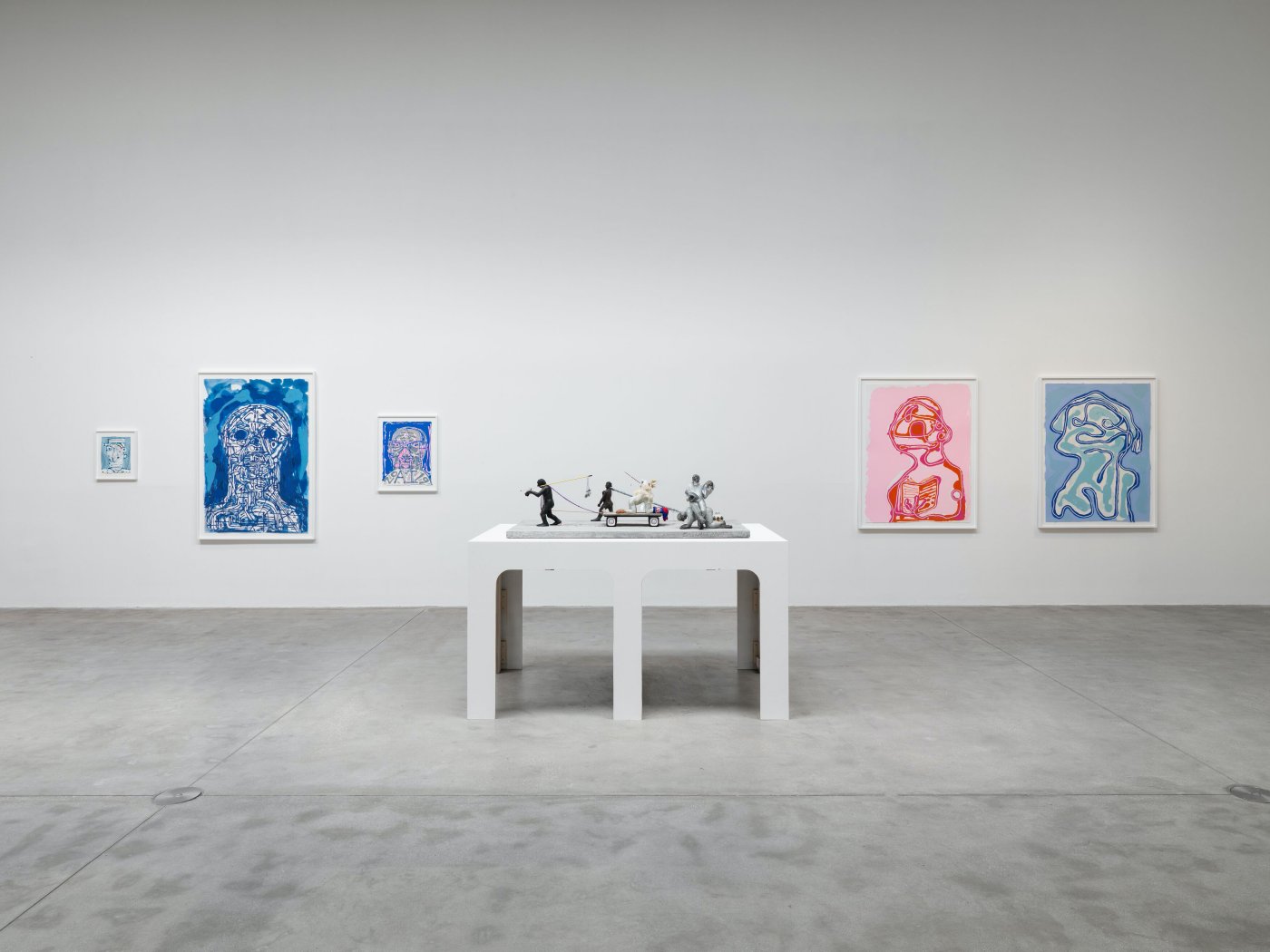 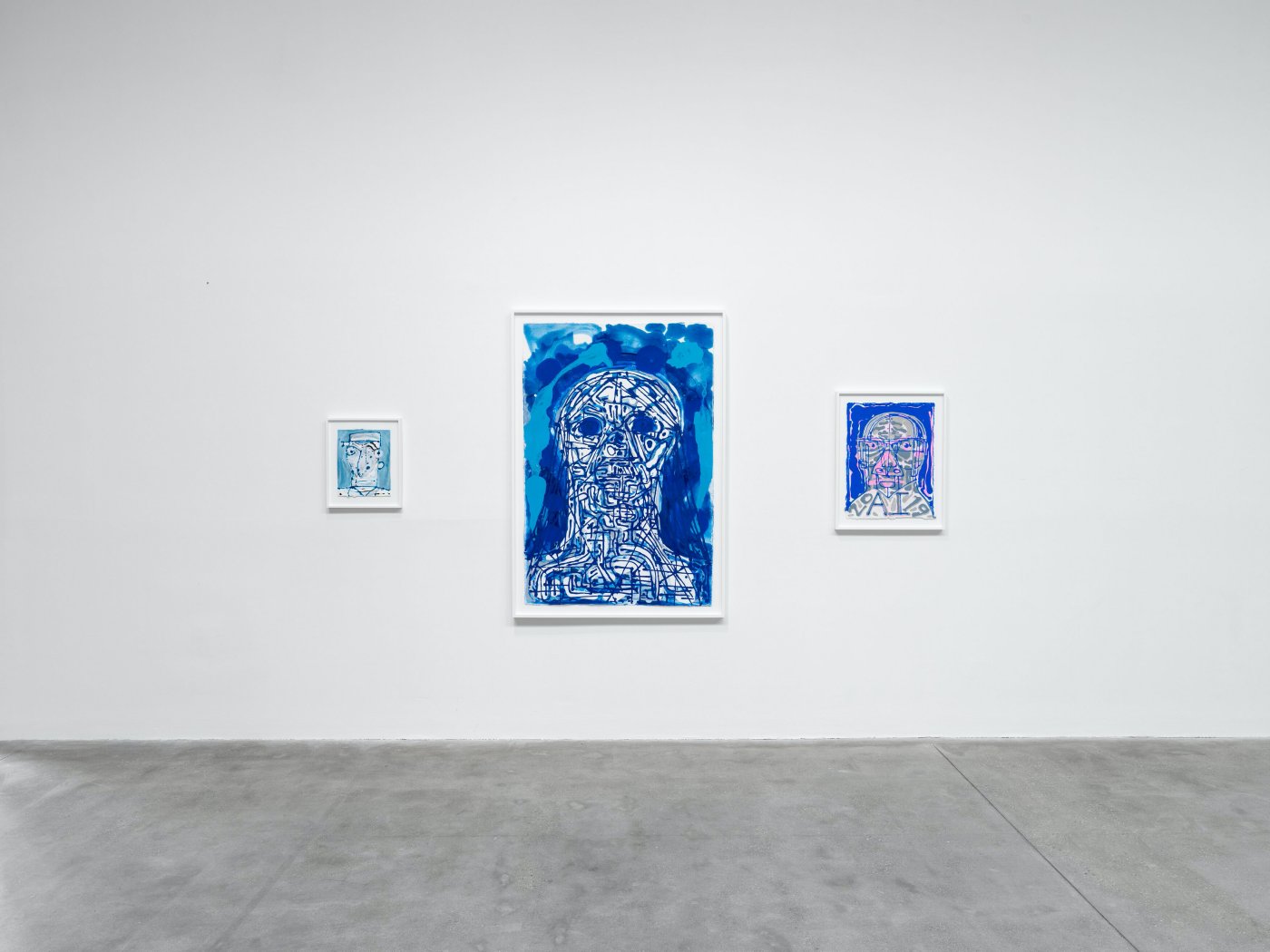 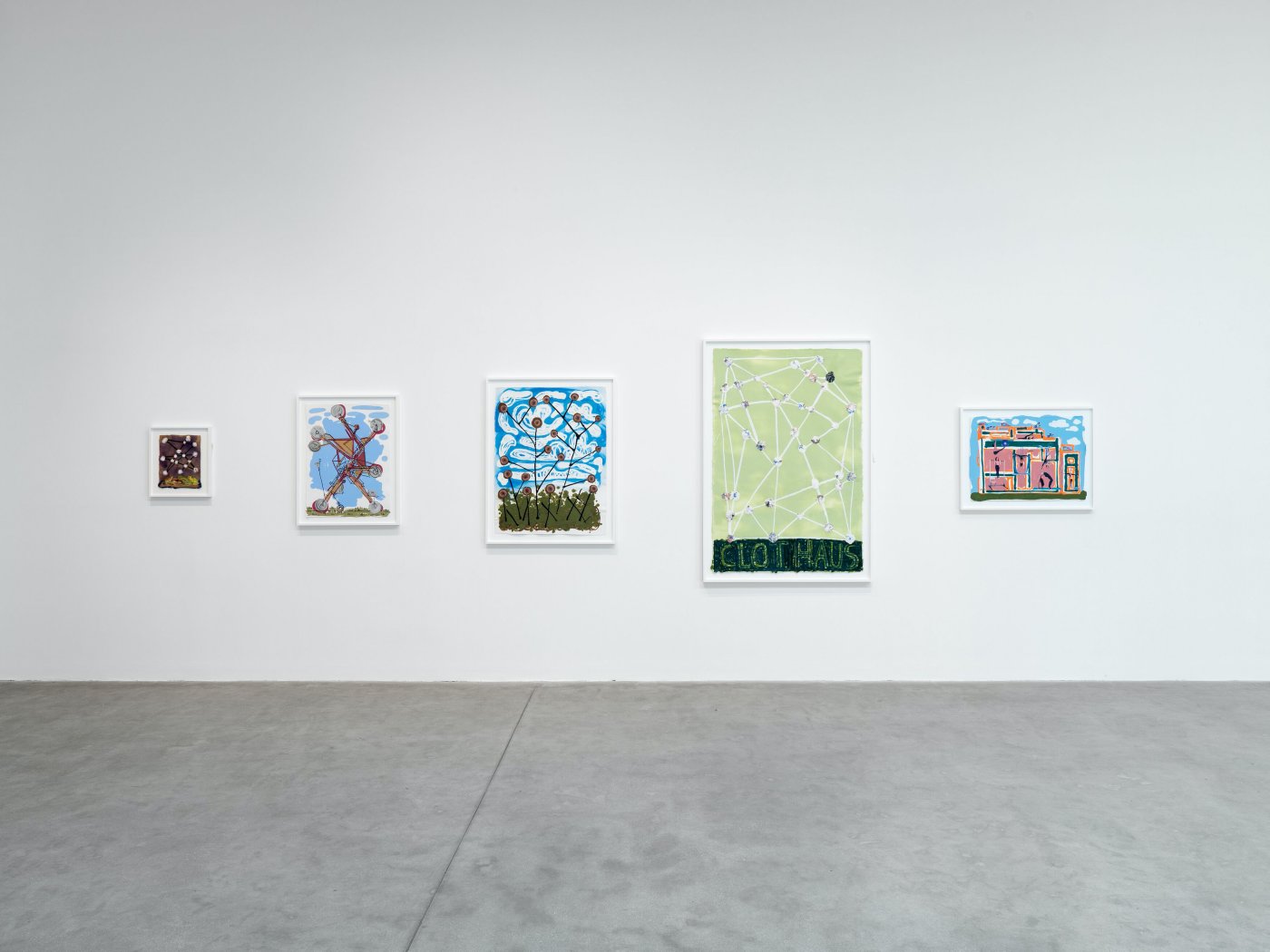 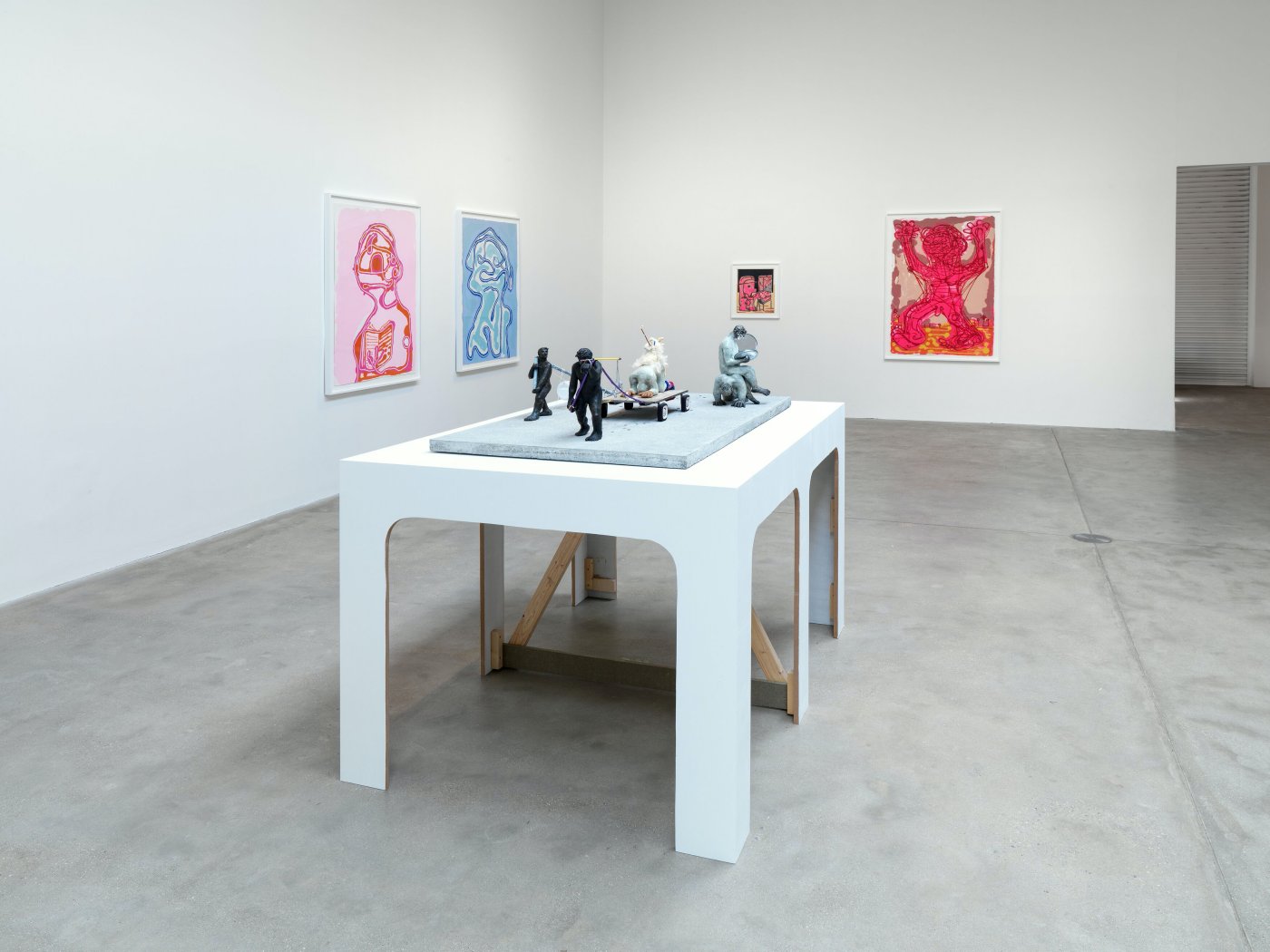 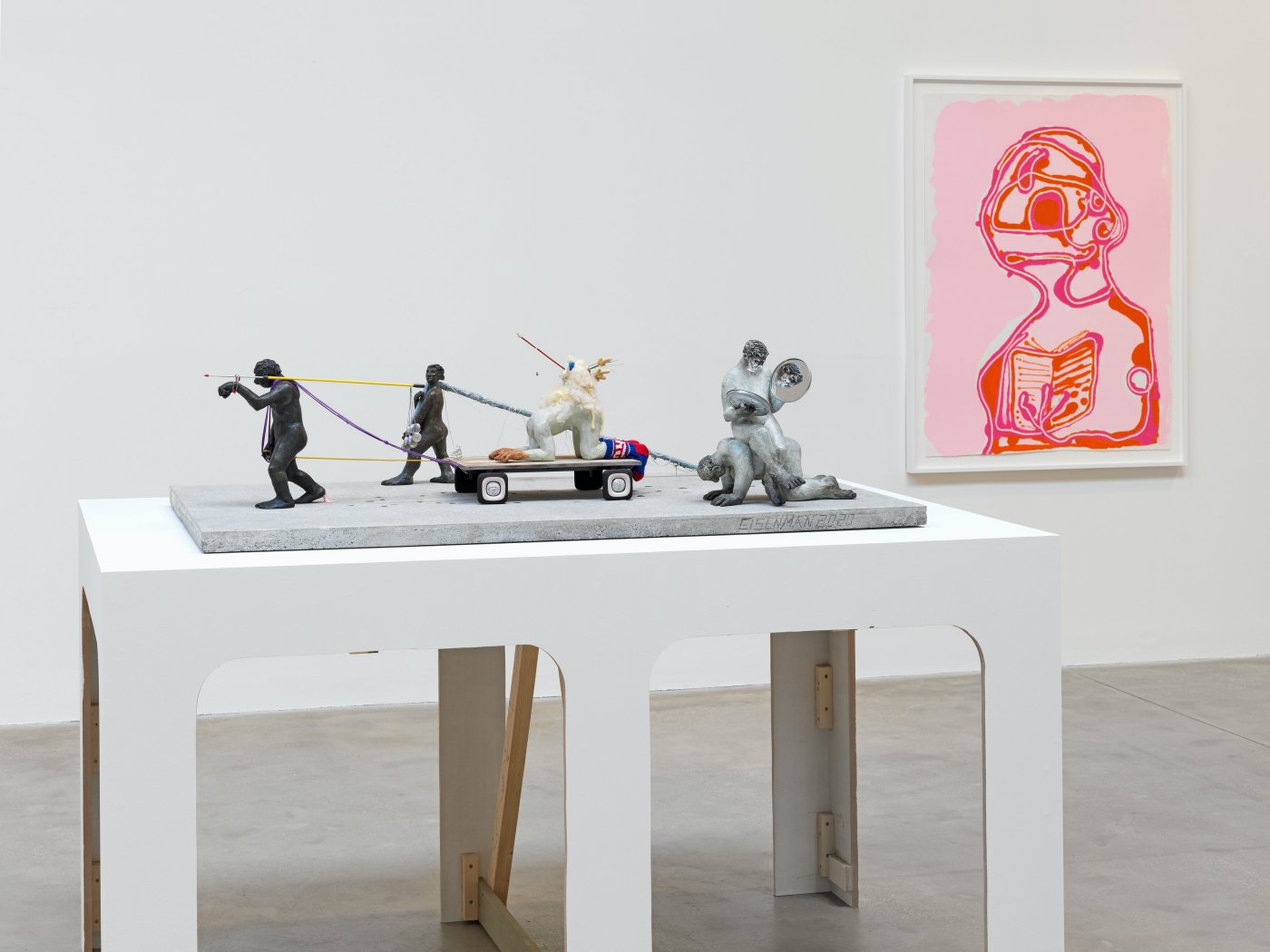 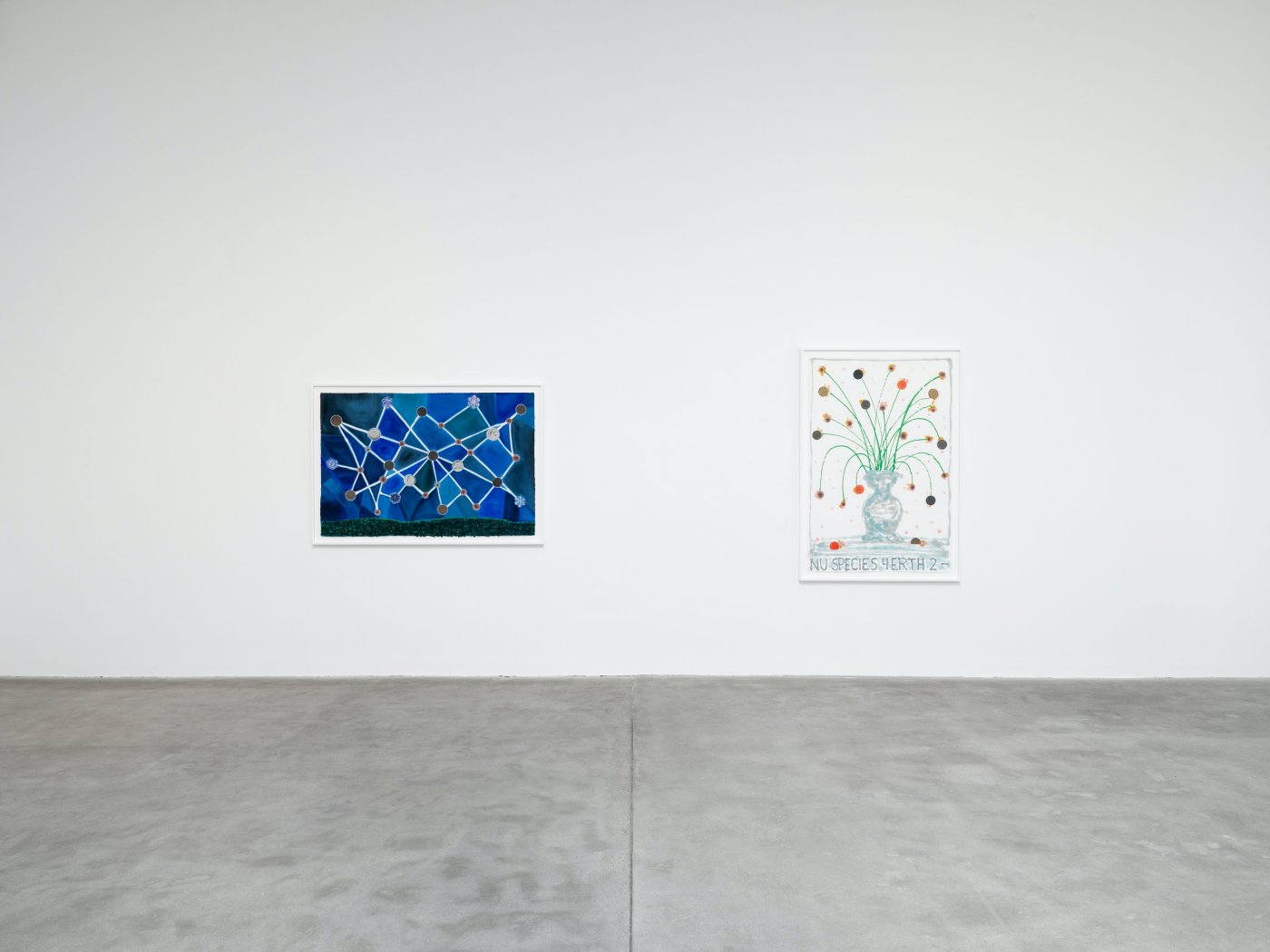 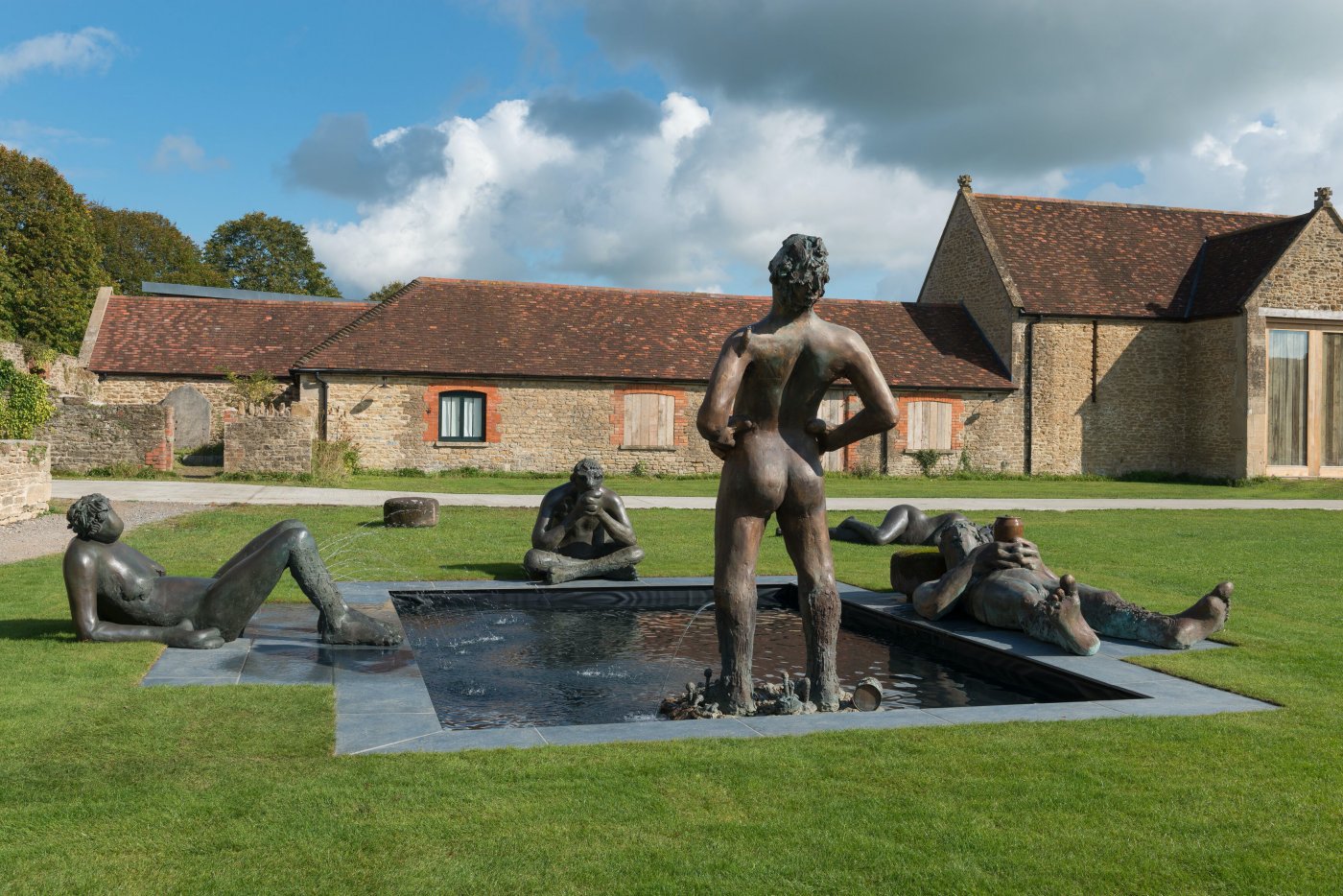 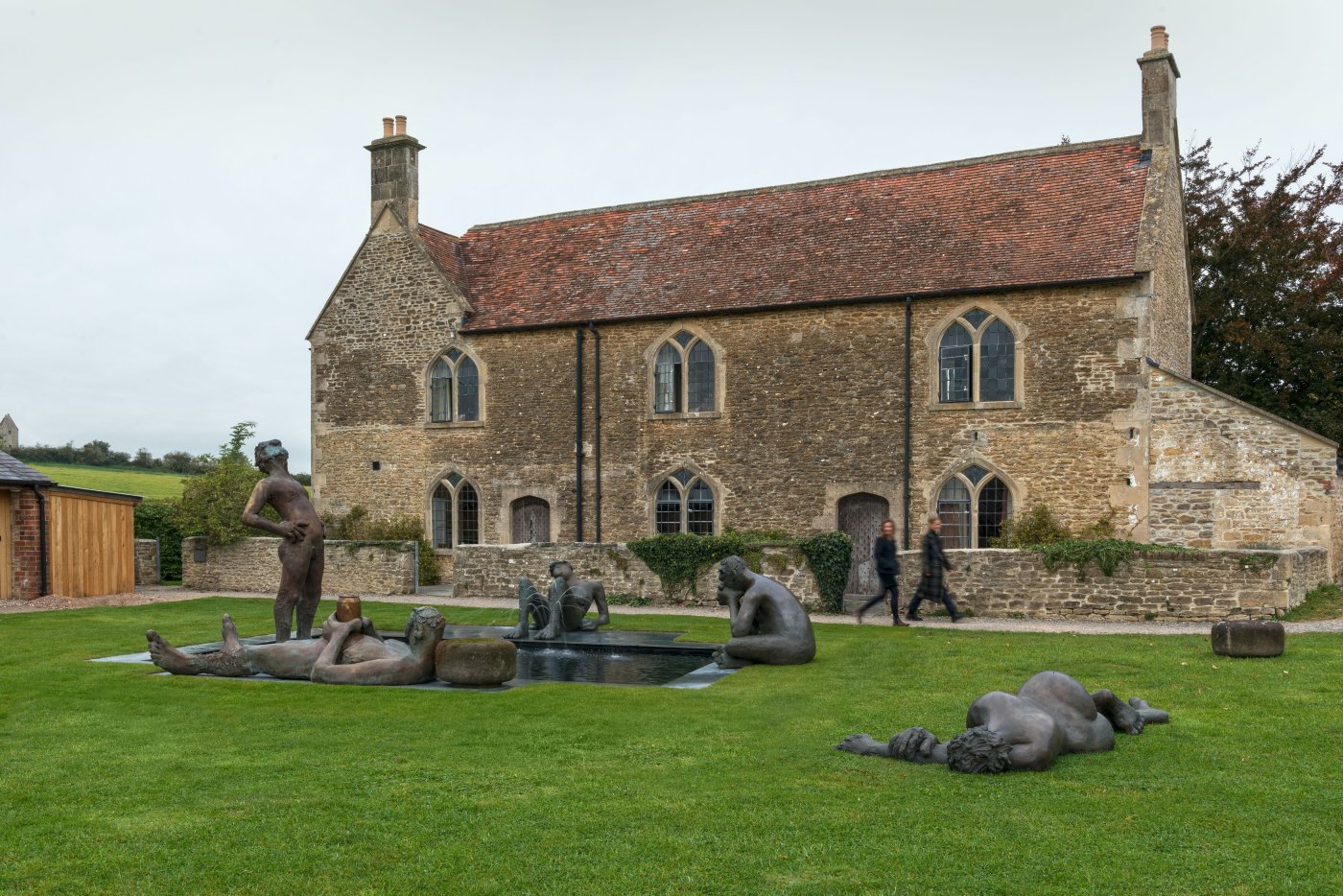 Having established herself as a central figure in American painting throughout the 1990s, Nicole Eisenman has since expanded her practice into the third dimension with international acclaim in recent years. For her inaugural exhibition with Hauser & Wirth, Eisenman brings together a diverse multidisciplinary language through mixed media works on paper, sculpture and painting. This exhibition presents the fluid transition and interchangeable approach Eisenman takes to sculptural 2D image making, painting and larger-scale installations. Her oeuvre is distinctive in its emphasis upon the allegorical and its confident combination of autobiographical elements, with historical and fictional narratives that draw attention to contemporary socio-political conflicts.

The exhibition features a series of paper pulp drawings created over the past two years at the Brooklyn-based non-profit Dieu Donné workshop. Inspired by the visual language of imagery found in popular culture – movie posters, advertisements, and internet memes – the works on view combine humour and wit, sharply juxtaposing image and text. Instantly recognisable and graphically striking, Eisenman has described these works as posters. Created in collaboration with master papermakers while a resident at Dieu Donné’s Lab Grant program, the series combines elements of drawing, painting and sculpture. Each work has been painted with pigmented linen pulp directly into a cotton substrate during the papermaking process. The artist then drains and dries the pulp to reveal an image that is inseparable from its medium. The works are arresting in colour and form, with figures physically constructed in 3D alongside cartoon abstractions and text. Seemingly playful on the surface, Eisenman reveals worlds of nuanced thought and feeling on contemporary life. In ‘Brooklyn Architecture 2020’ (2020), a red line drawing of a building features collage elements, used as mismatched metaphors: a cut-out trapeze artist swings from one floor while a frog sits on another.

Interested in relatable narratives, Eisenman often draws on themes of failing, complaining, eternal dread, and thinking about the dangers lurking within our dependence upon technology. In works such as ‘Untitled’ (2020), she creates an expressionistic portrait of an imagined, muddy brown character covered in collaged frogs. Isolated and brooding, this figure reflects the current moment of separation. ‘A.I.’ (2020) is a punchy, electric blue, pink, and grey portrait composed of paper and silver leaf of a genderless and emotionless robot, as the title suggests. Eisenman considers these figures, whether in a group or alone, products of our time and a reflection of cultural contexts.

Since 2012, Eisenman has been increasingly involved with sculpture, a medium she appreciates for its tactile and sensual qualities. For the forthcoming exhibition, she will present an edition of ‘Sketch for a Fountain’ previously on view within the Skulptur Projekte Münster, Germany in 2017 and recently acquired by the city of Münster earlier this year. The ensemble of subdued bronze nude figures take a relaxed formation that suggests multiple narratives. With her fountain design, Eisenman has interpreted one of the oldest examples of public art in a subtle transformation, responding to opulent arrangements and the role of sculpture within traditional meeting places to convey a sense of calm and organic correlation between nature, culture and identity. The new placement in front of Durslade Farmhouse in the farmyard of Hauser & Wirth Somerset further emphasises Eisenman’s recreation of idyllic serenity. Smaller scale maquettes, including a domestic sized replica of ‘Procession’ unveiled during the Whitney Biennial in 2019, will be on display throughout the Rhoades and Bourgeois galleries.

Eisenman is primarily known for her figurative painting, having developed a powerful and timely new language that combines elements both factual and fictional, mainstream and countercultural. In a painting practice that enfolds the legacies of artists across the art historical canon to the present, from Breugel the Elder, to Philip Guston, to Leon Golub, and Amy Sillman, Eisenman depicts layered and surreal narratives, often based on real characters from her own life. As Massimiliano Gioni, the Artistic Director of New York’s New Museum, notes, ‘she doesn’t passively genuflect in front of art history; she resurrects it and camouflages it into our present.’ Unable to locate her own experience and point of view within art history, she takes pleasure in complicating its hierarchies, altering the course of accepted narratives with outré colours, varied styles, and mismatched metaphors. Unlike her more familiar bustling mural-like scenes, the new painting ‘Where I Was, It Shall Be’ takes on a surreal dreamlike atmosphere with one solitary walker. The lone character is travelling down a zigzag path accompanied by Rhodesian ridgebacks, running interference and blocking the path. The male figure is a projection of Eisenman and the dogs a projection of the figure, an ego spirit entity.

Dieu Donné is a leading non-profit cultural institution dedicated to serving established and emerging artists through the collaborative creation of contemporary art using the process of hand papermaking. Dieu Donné was founded in 1976 by Susan Gosin and Bruce Wineberg to explore the untapped potential of hand papermaking as an art medium, sharing this work with the community through public and educational programs.