‘The history of landscape painting retraces humanity’s continually shifting relationship to our natural environment. The greatest landscape paintings both contain ideas and question the viewer about it.’ — Nicolas Party 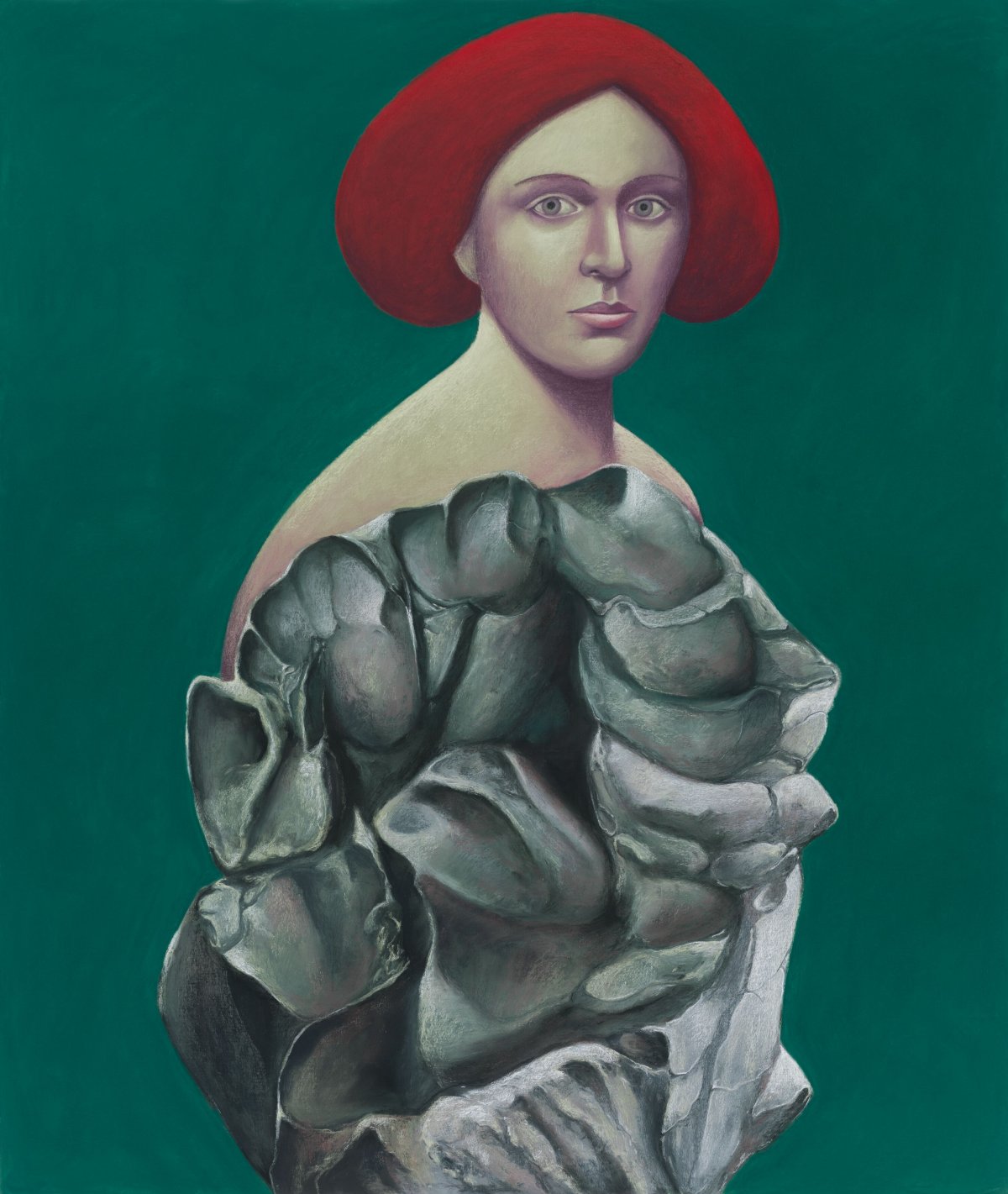 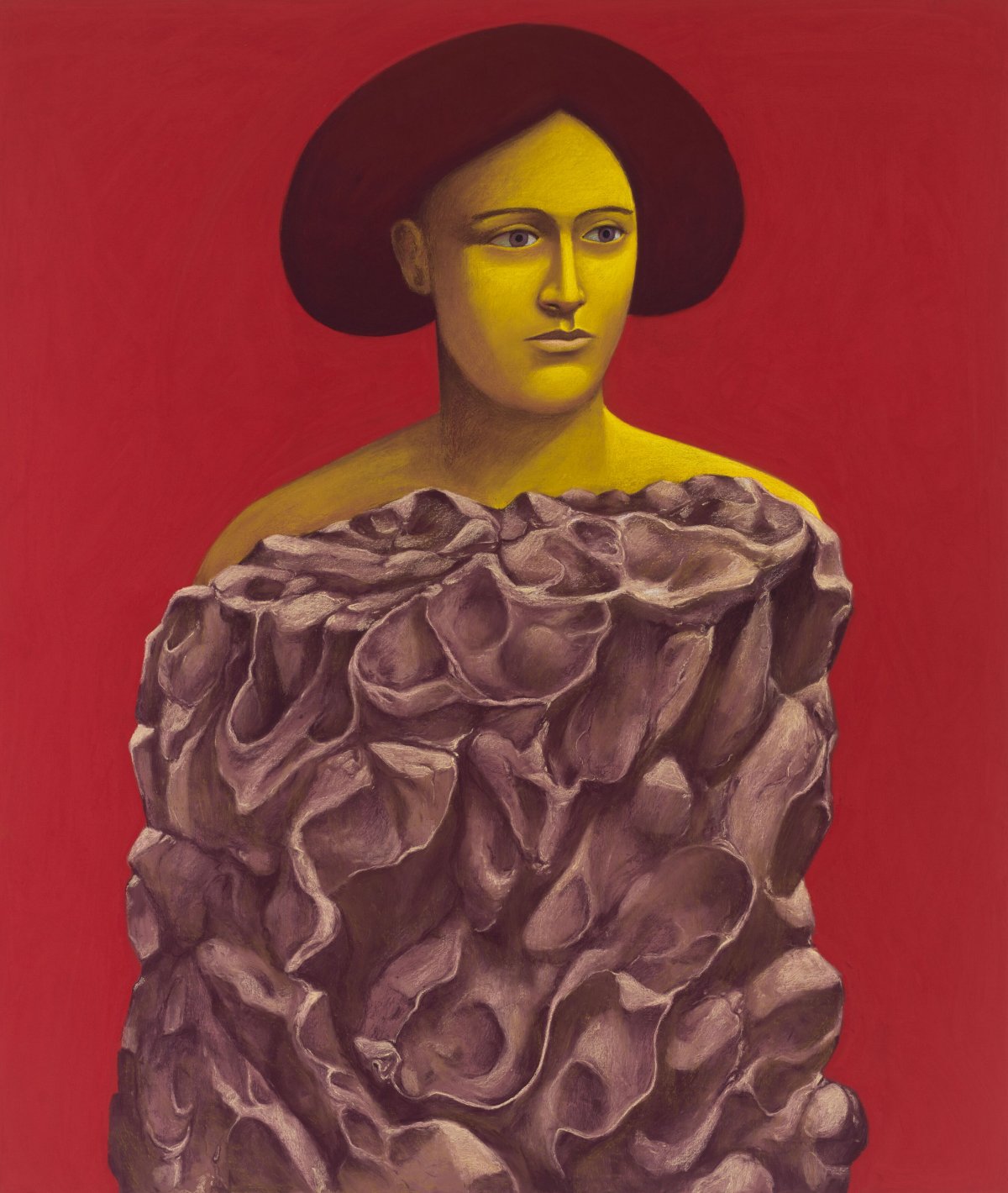 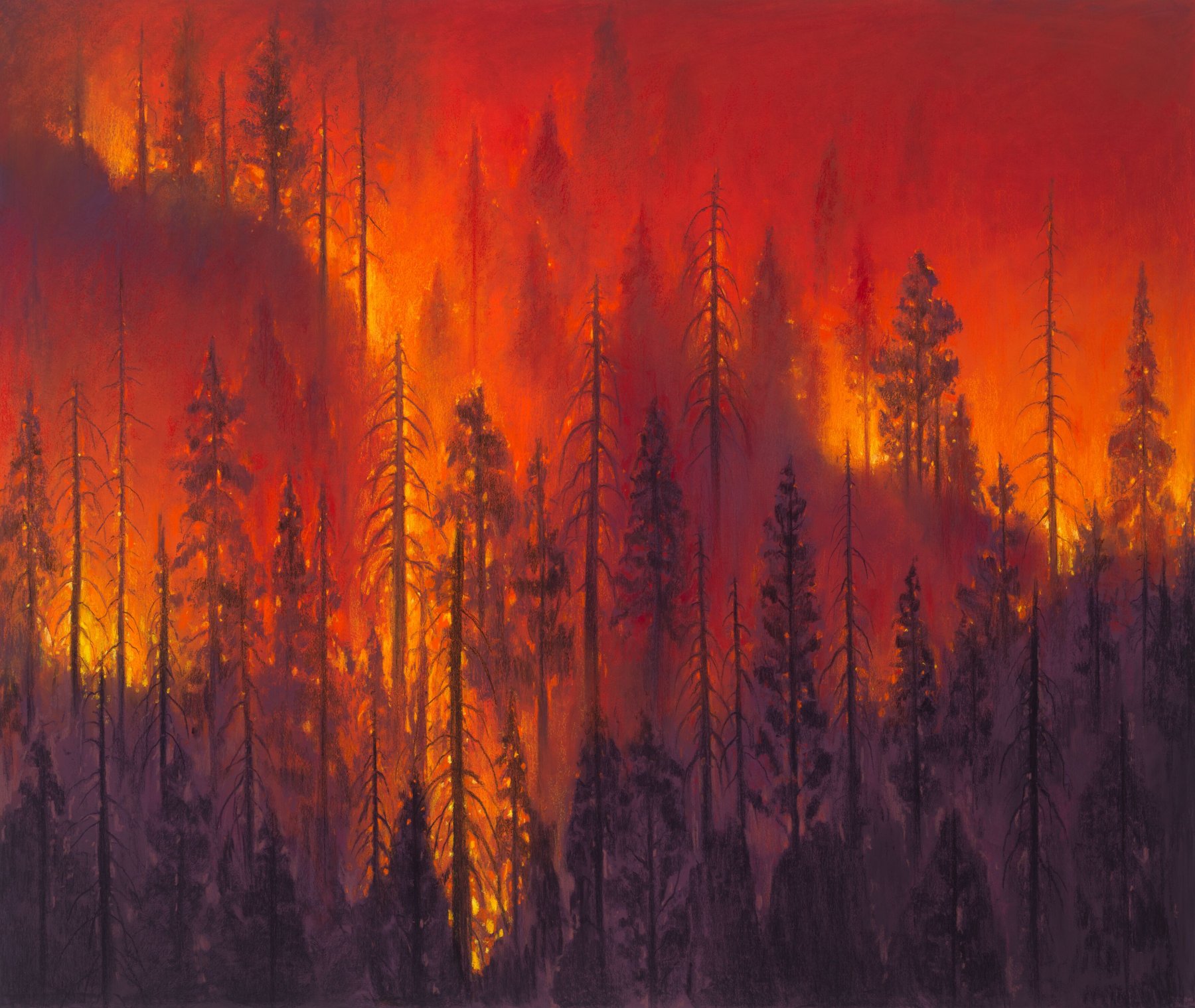 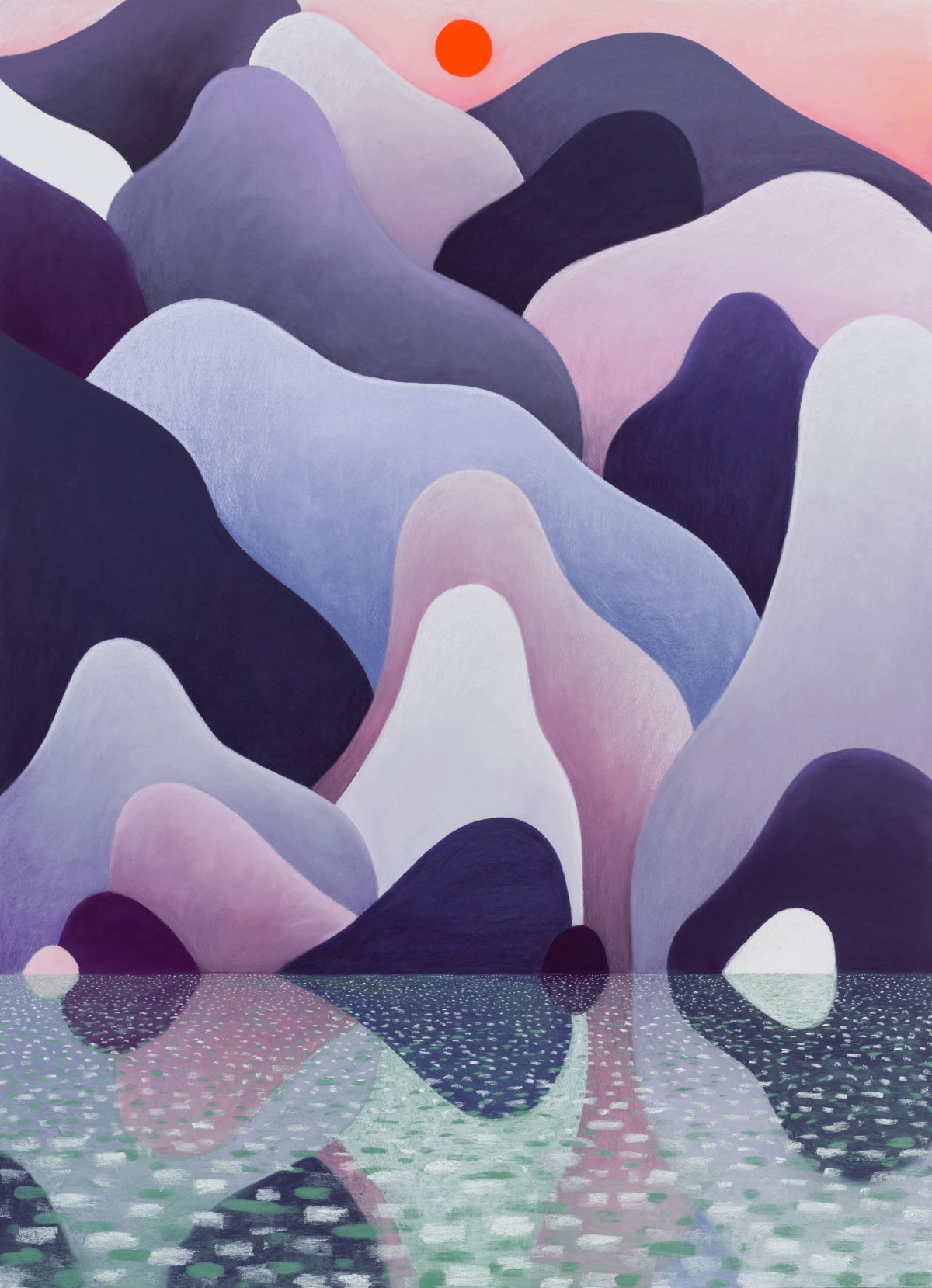 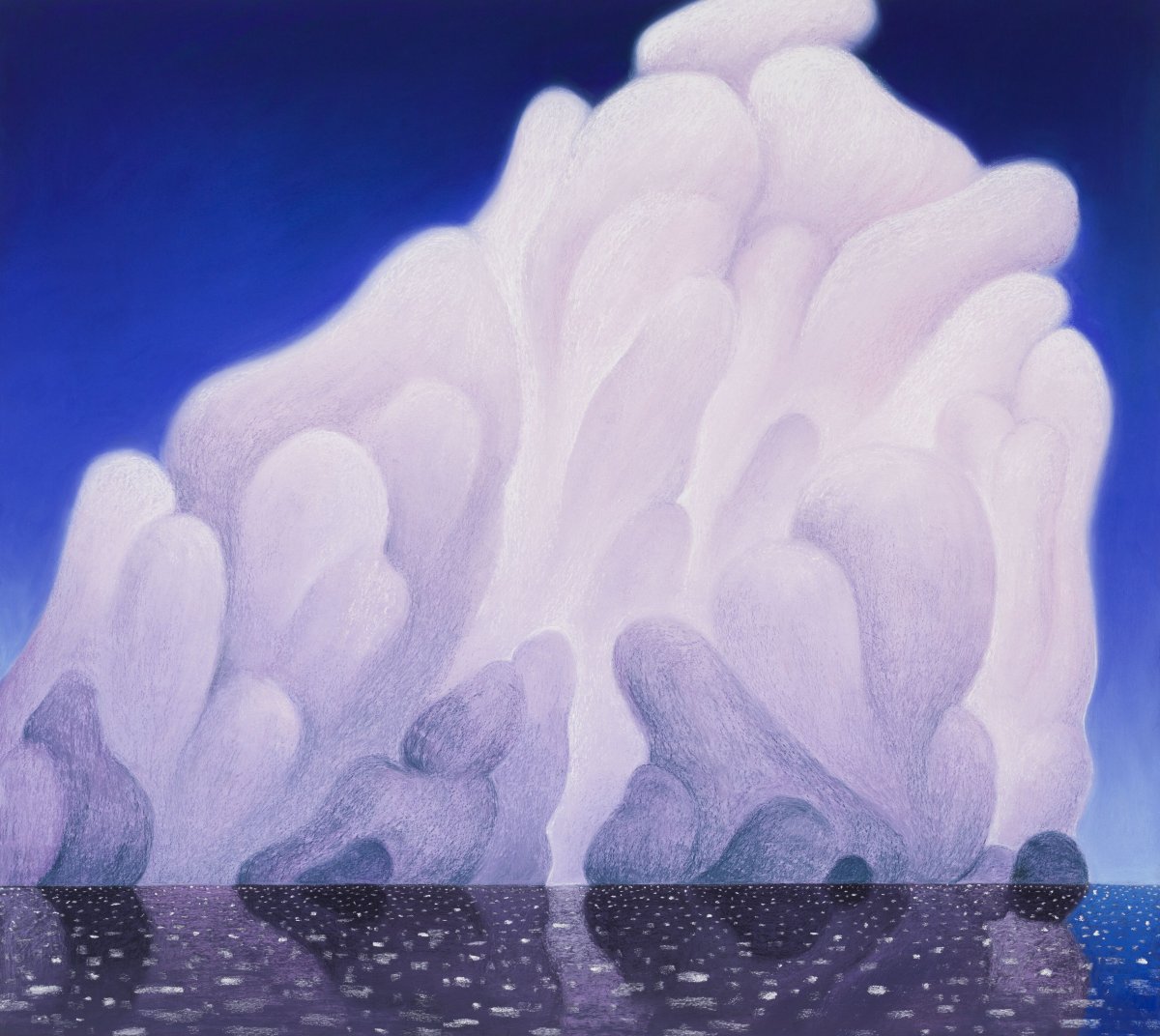 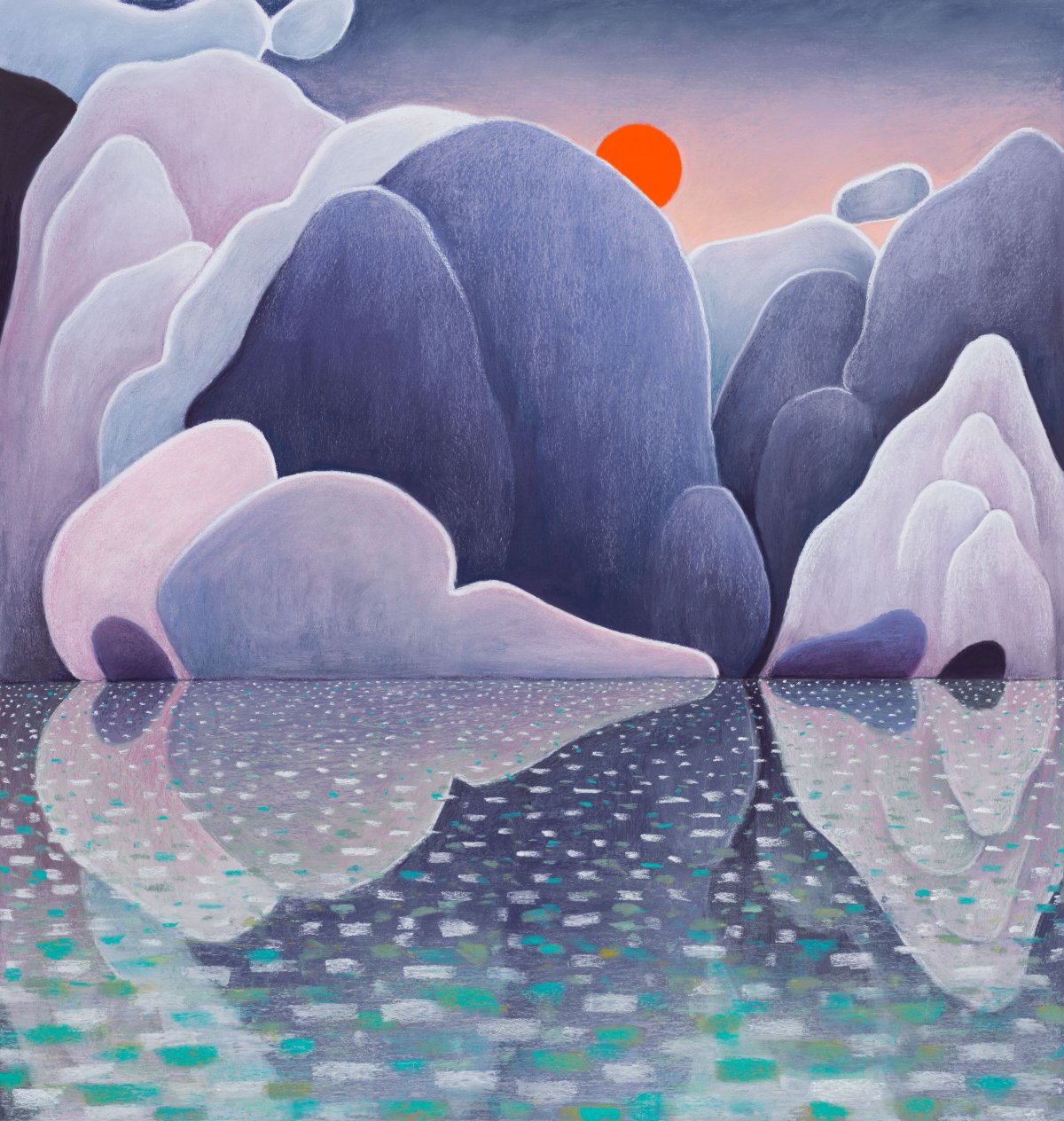 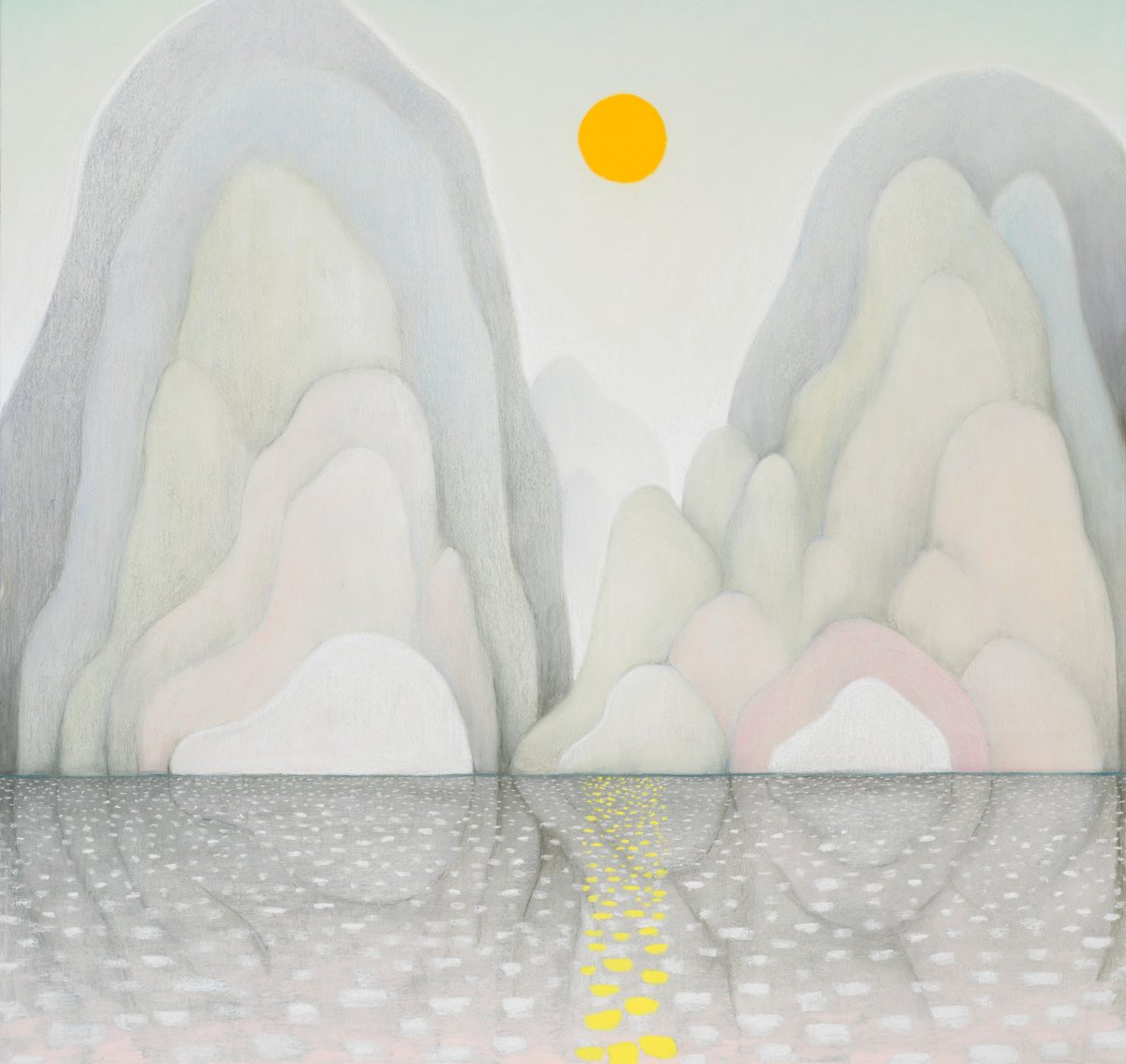 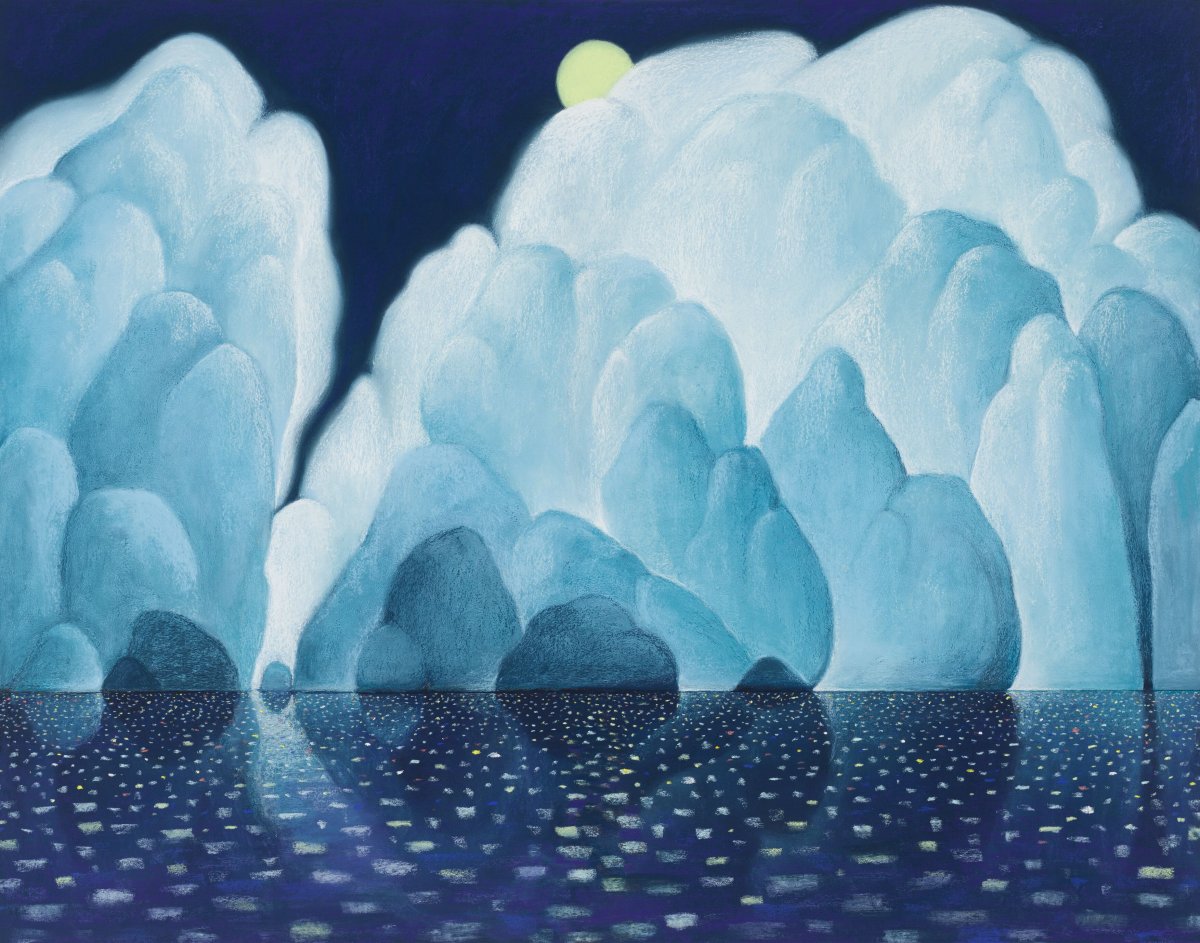 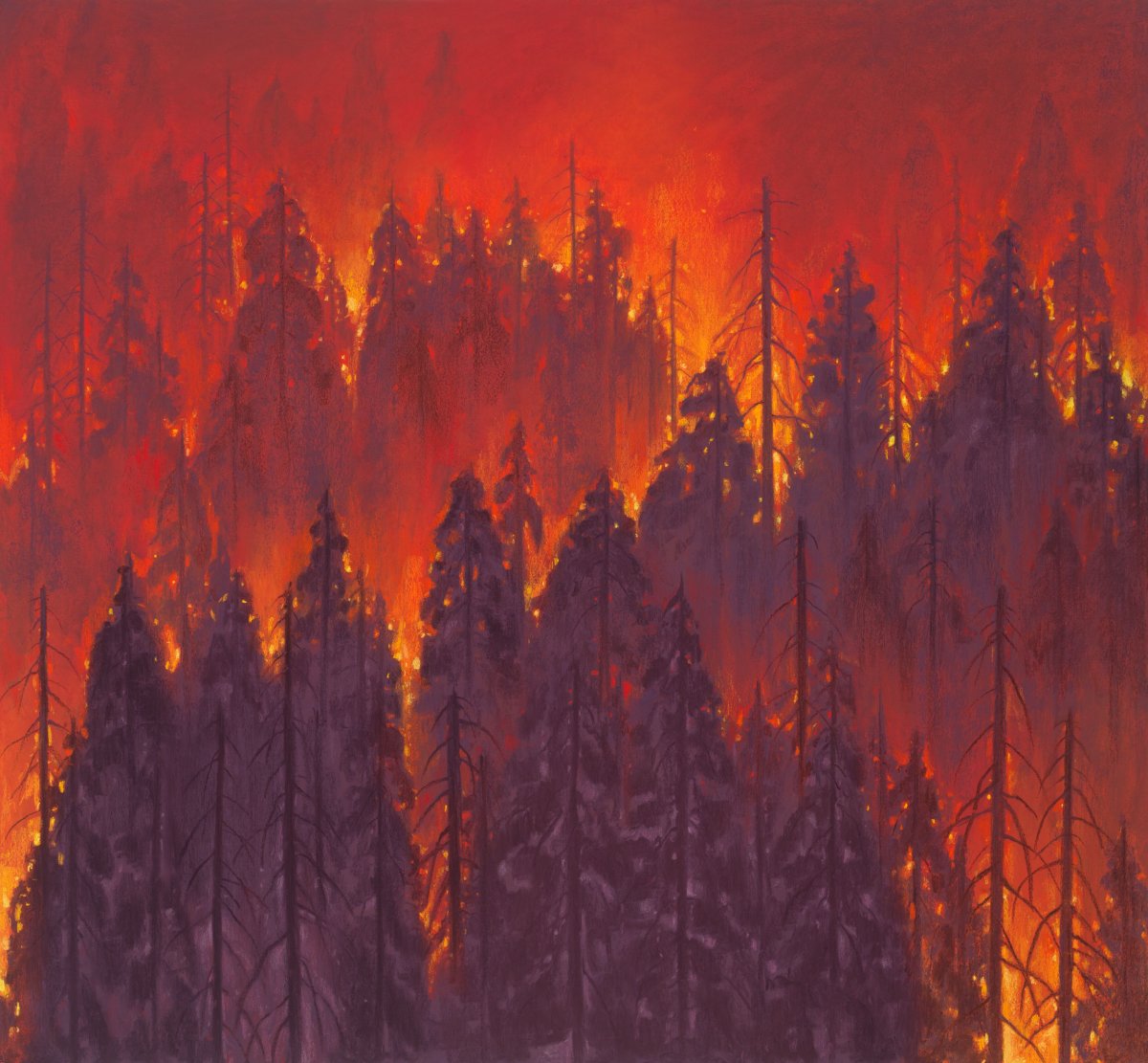 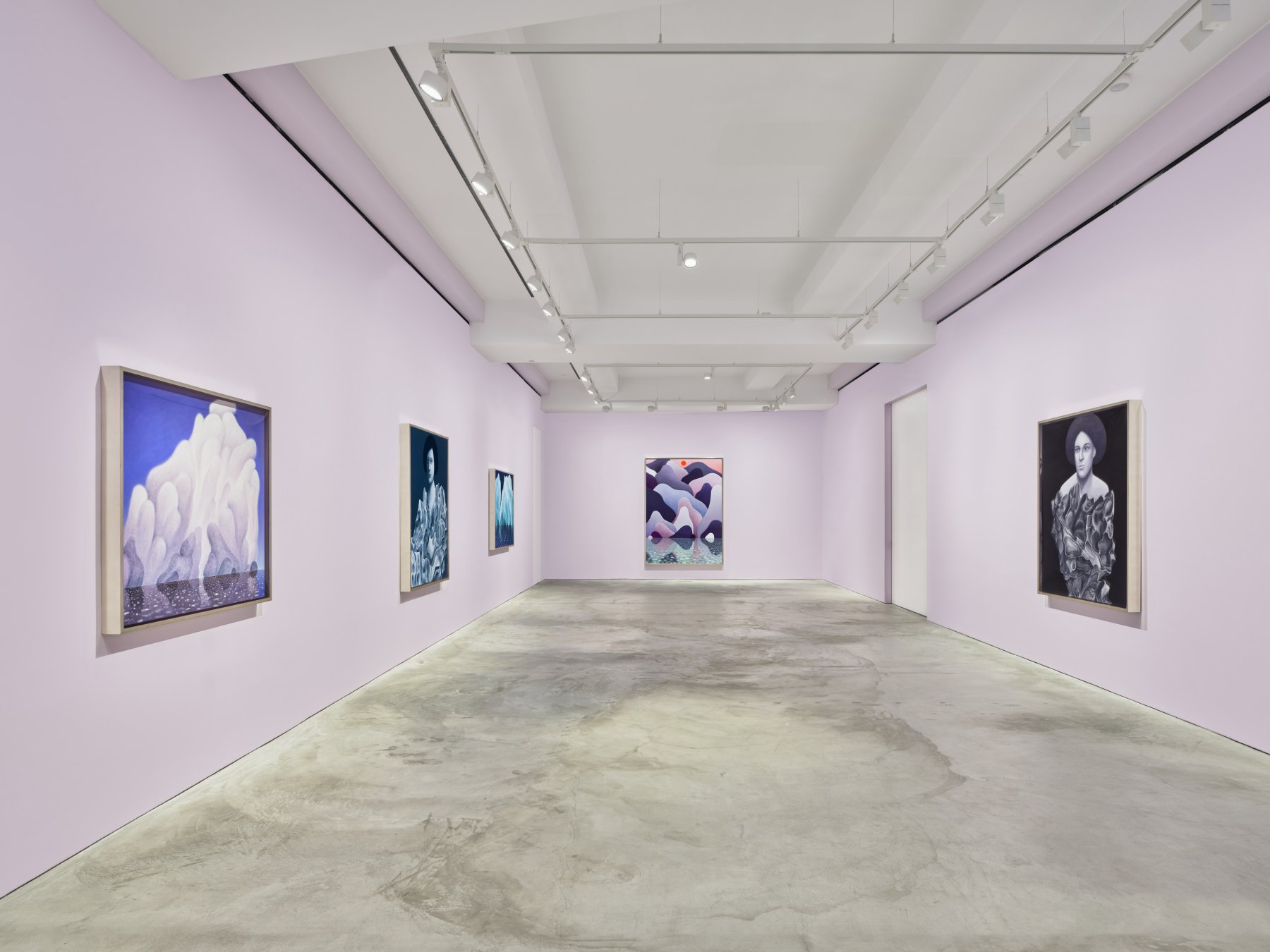 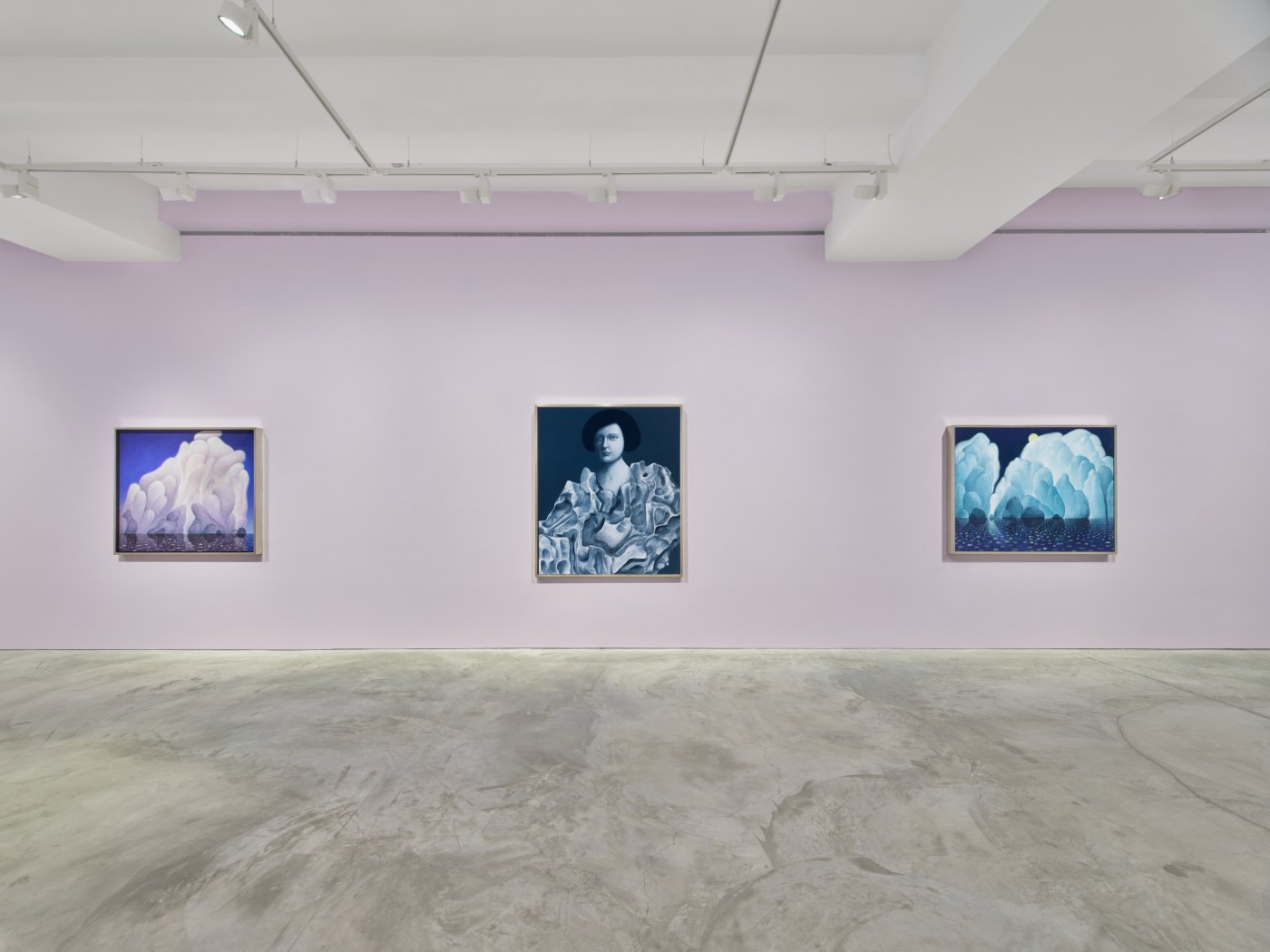 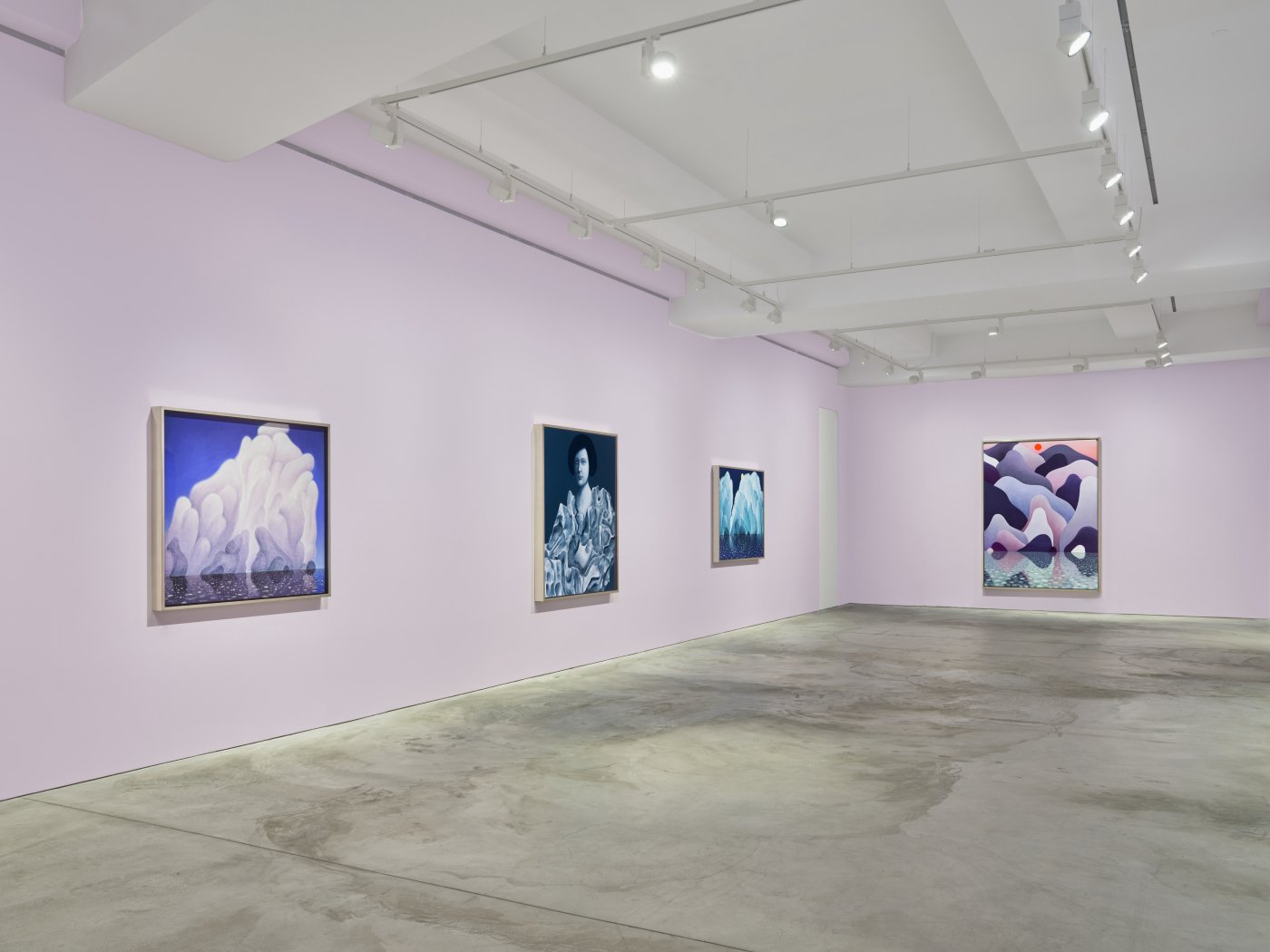 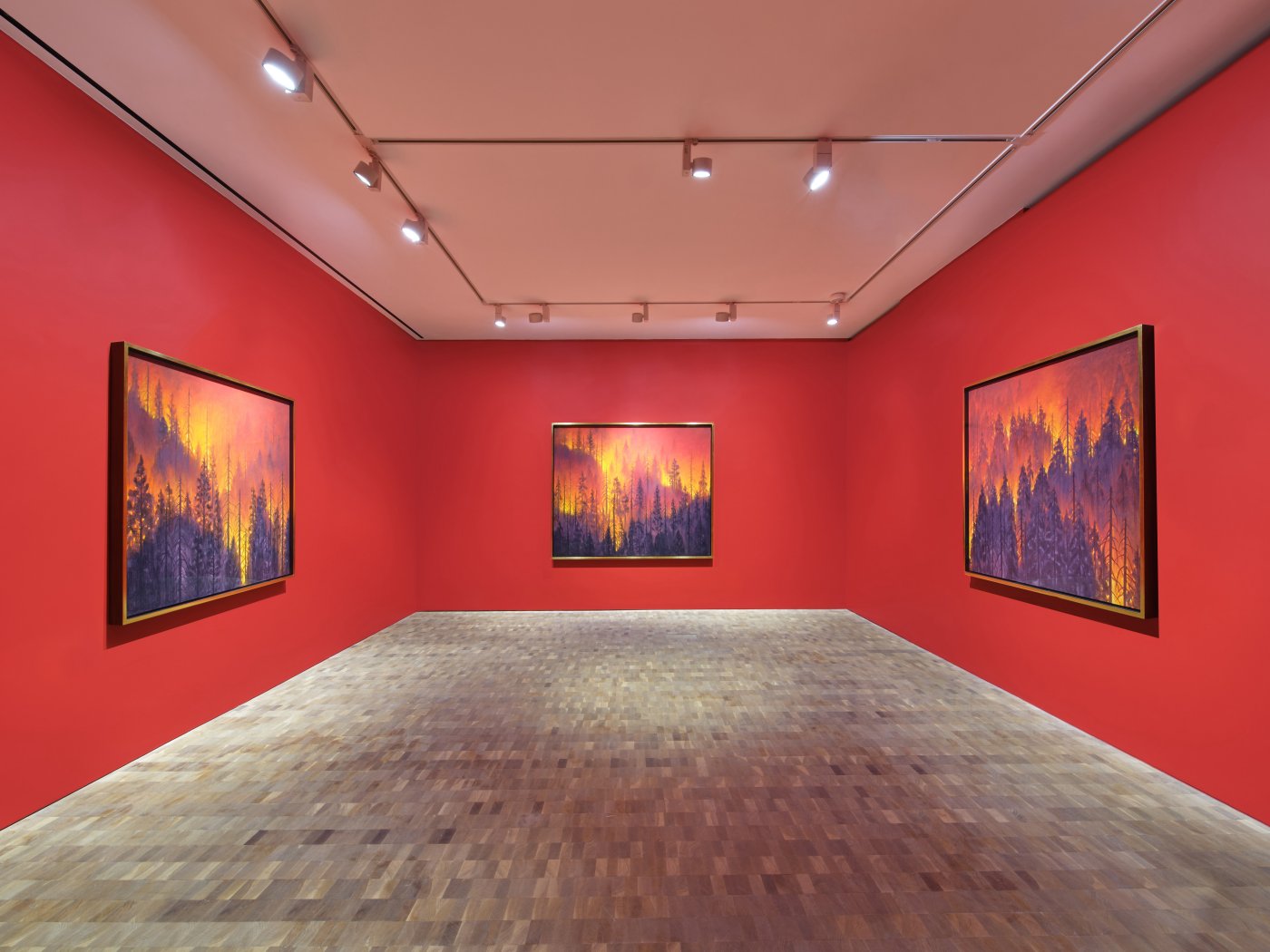 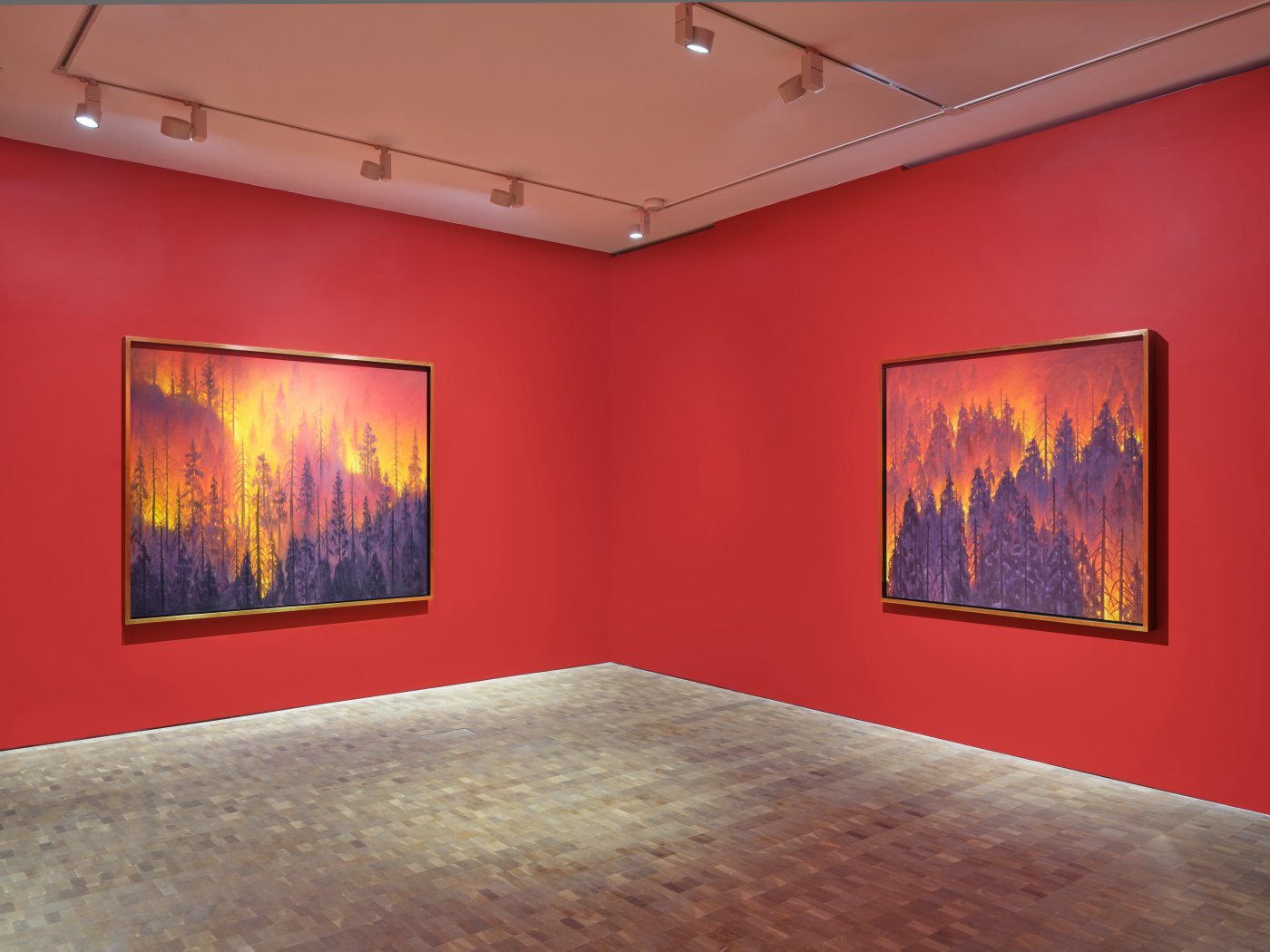 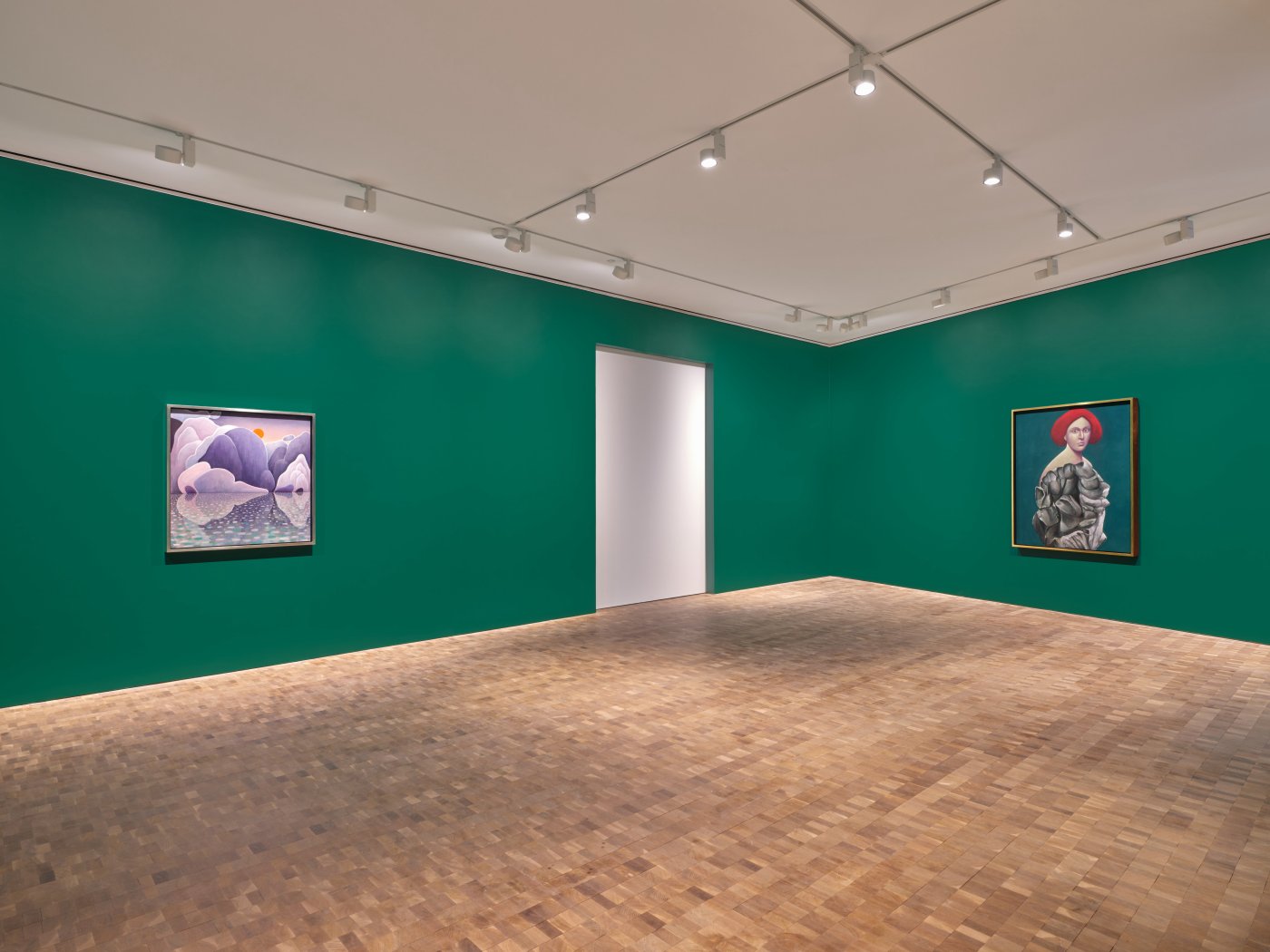 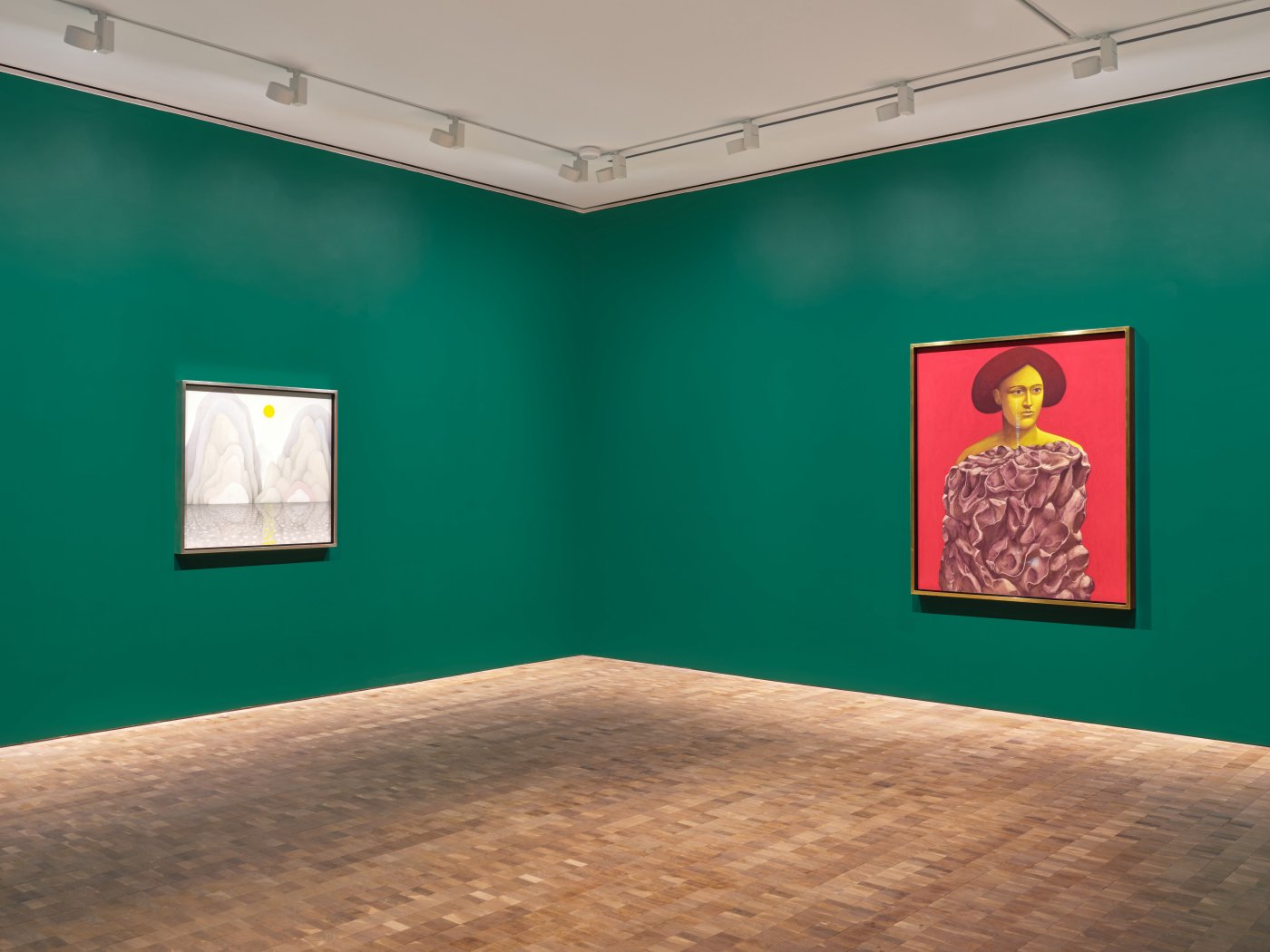 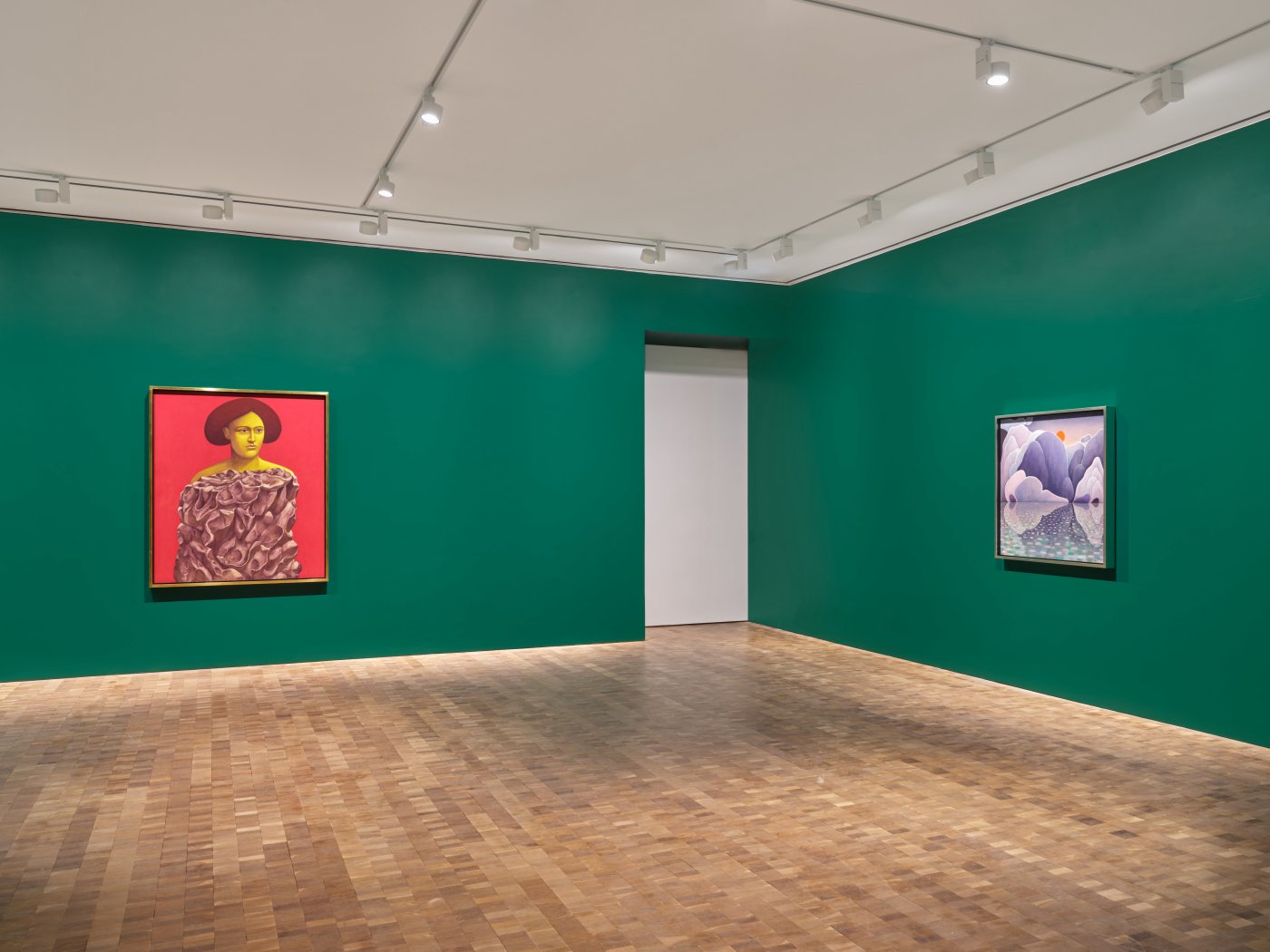 Party’s childhood in Switzerland imparted an early fascination with landscape and the natural world, and the influence of this country places Party firmly within the trajectory of central European landscape painting. Considering this historical canon anew amid the current climate crises, ‘Red Forest’ presents Party’s most recent explorations in pastel depicting forest fires. Influenced by his conversations with Bénédicte Ramade, an art historian, art critic, journalist and curator who made a connection between the idea of L’heure mauve (mauve twilight) and the purple and red skies we are witnessing with forest fires, Party invites the viewer to reflect on nature and our relationship with the environment.

In addition to Party’s ‘Red Forest’ paintings, the artist’s recent series of portraits feature figures cloaked in meteorites from outer space. The appearance of meteorites is reminiscent of stones in Chinese natural sculpture, or metal in Chinese scholar’s rocks of literati culture. These rock formations are depicted in remarkable, intricate forms with numerous crevices, signaling erosion and forming a stark contrast against the human figures that bear them. The timelessness of painting and its associated traditions fascinate Party. This is also embodied in the ‘Water Reflection’ paintings as clouds, water and reflections symbolize a kind of timelessness, or the continual passage of time.

In Chinese philosophy, the theory of the five elements is used to describe interactions and relationships between things; they are believed to be the fundamental elements of everything in the universe. Wood fuels fire, fire forms earth, earth contains metal, metal carries water, and water feeds wood; meanwhile, fire melts metal, metal penetrates wood, wood separates earth, earth absorbs water, and water quenches fire – through these overcoming relationships and through regeneration, the world is constantly in flux.

By playing with the five elements in creating this new body of work, Party poses the question: Is humanity part of nature or an external force that dominates and destroys our environment? ‘The history of landscape painting retraces humanity’s continually shifting relationship to our natural environment.’ Party notes, ‘Landscapes often depict either a glorification of our conquest of our environment or the nostalgia of a Lost paradise that existed before we destroyed it. We could say that the greatest landscape paintings both contain ideas and question the viewer about it.’

This new body of artwork is displayed against brightly painted walls; Party’s early interest in graffiti and murals – his projects in this arena have included major commissions for the Dallas Museum of Art and the Hammer Museum in Los Angeles – has led to a particular approach toward the installation and presentation of his pastels. He routinely deploys color and makes architectural interventions in exhibition spaces in order to construct enveloping experiences for the viewer.

‘Red Forest’ coincides with Nicolas Party’s current solo exhibition ‘L’heure Mauve’ at Montreal Museum of Fine Arts, which is on view until 16 October 2022. In March, RxArt revealed a commissioned installation by Party titled ‘Trees for Children’, a 207-foot-long mural at the Children’s Hospital of Los Angeles.