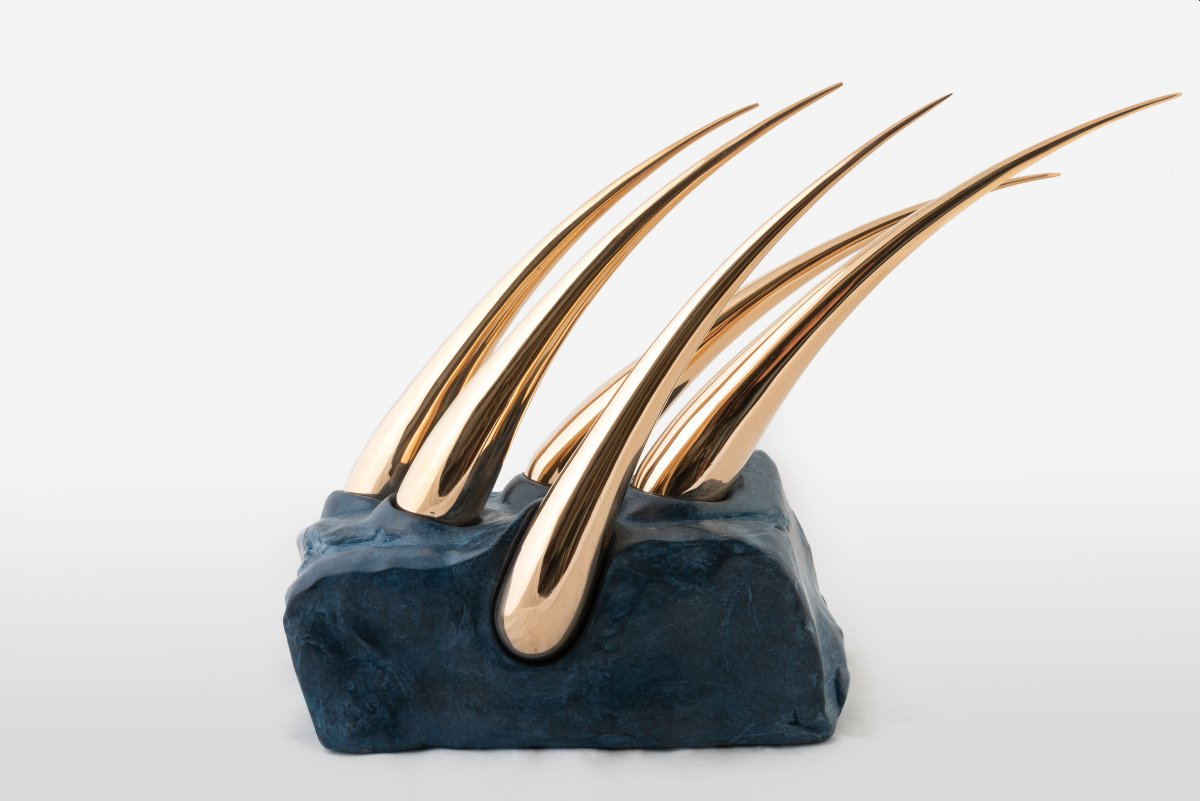 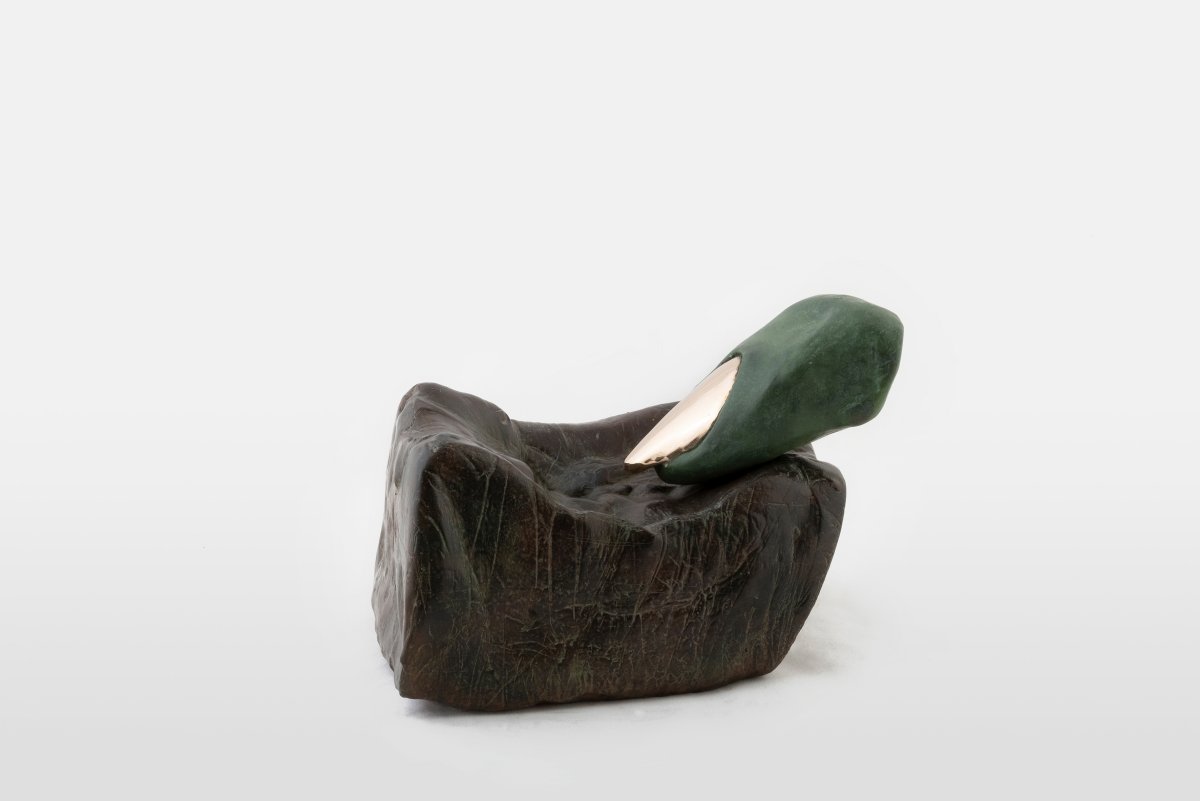 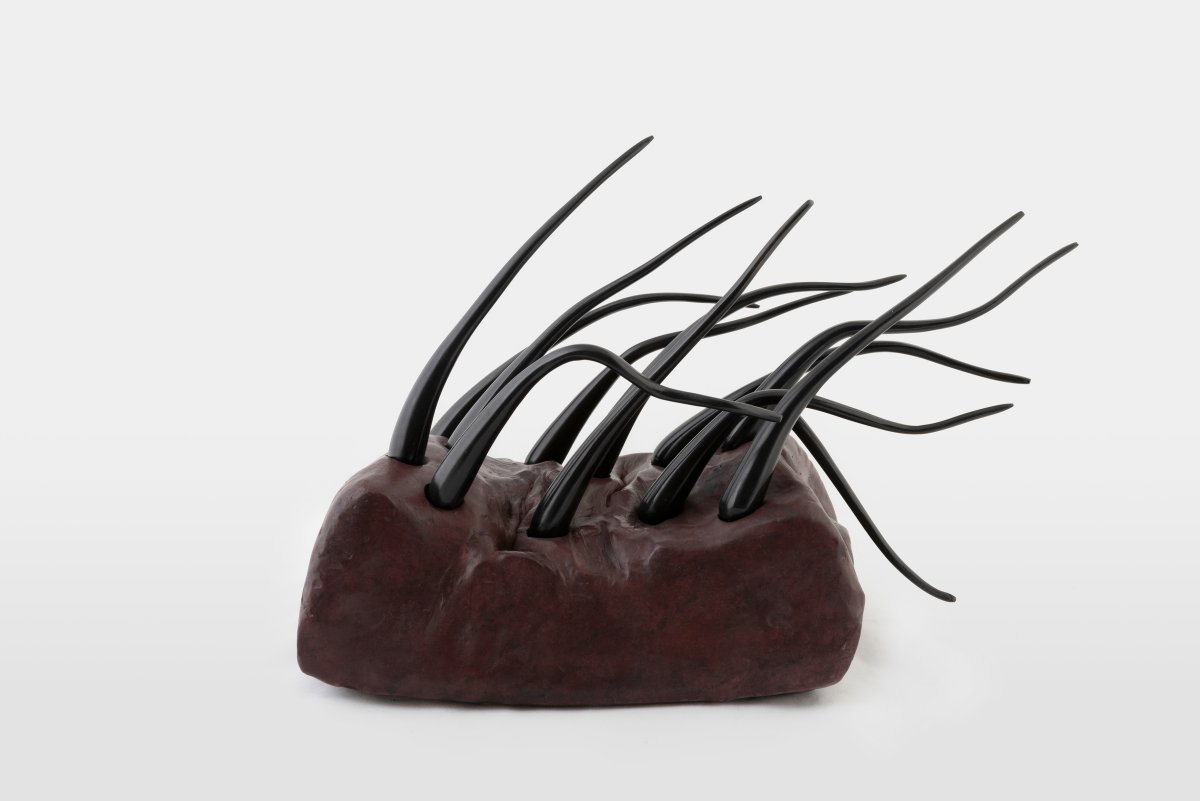 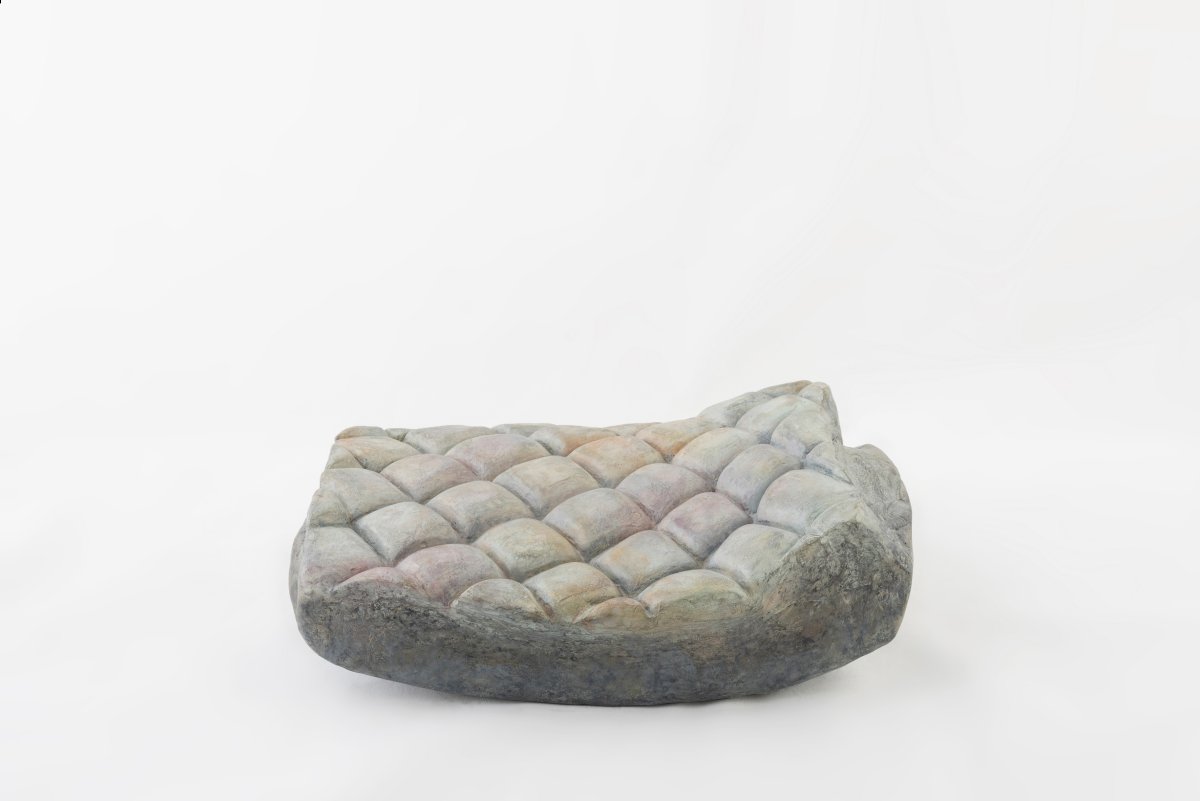 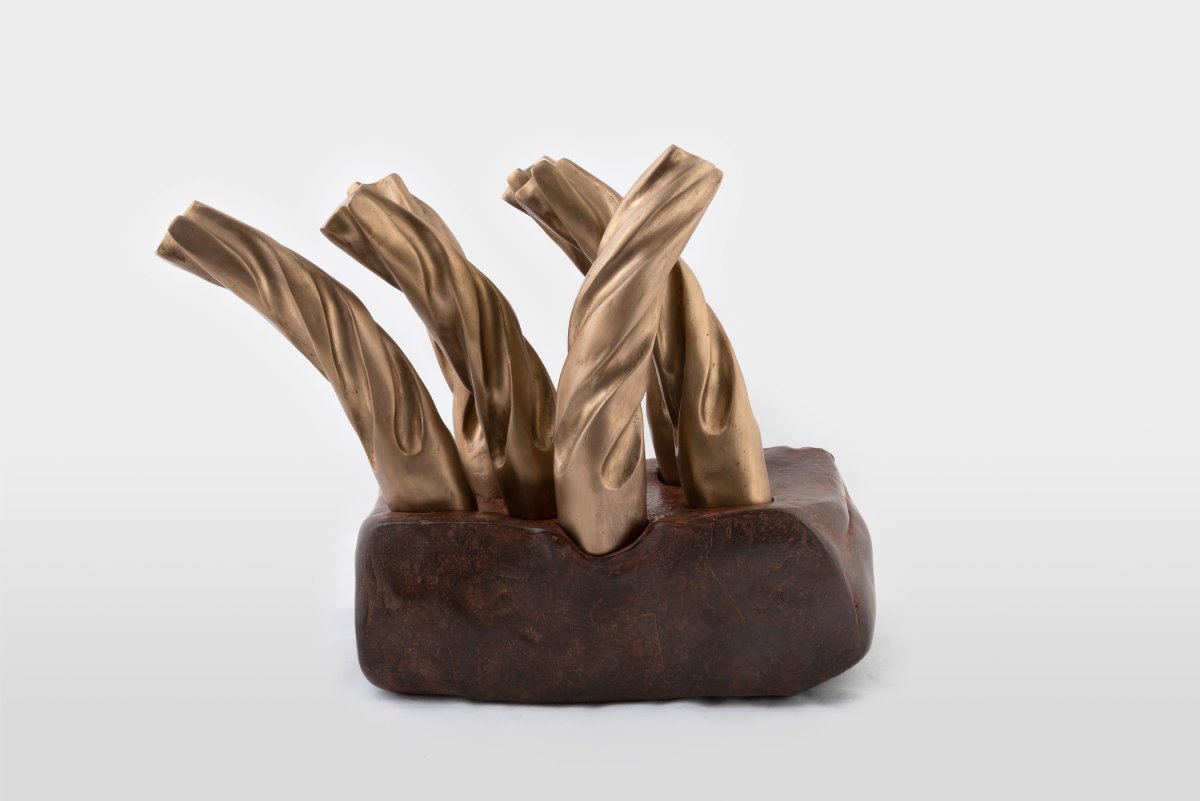 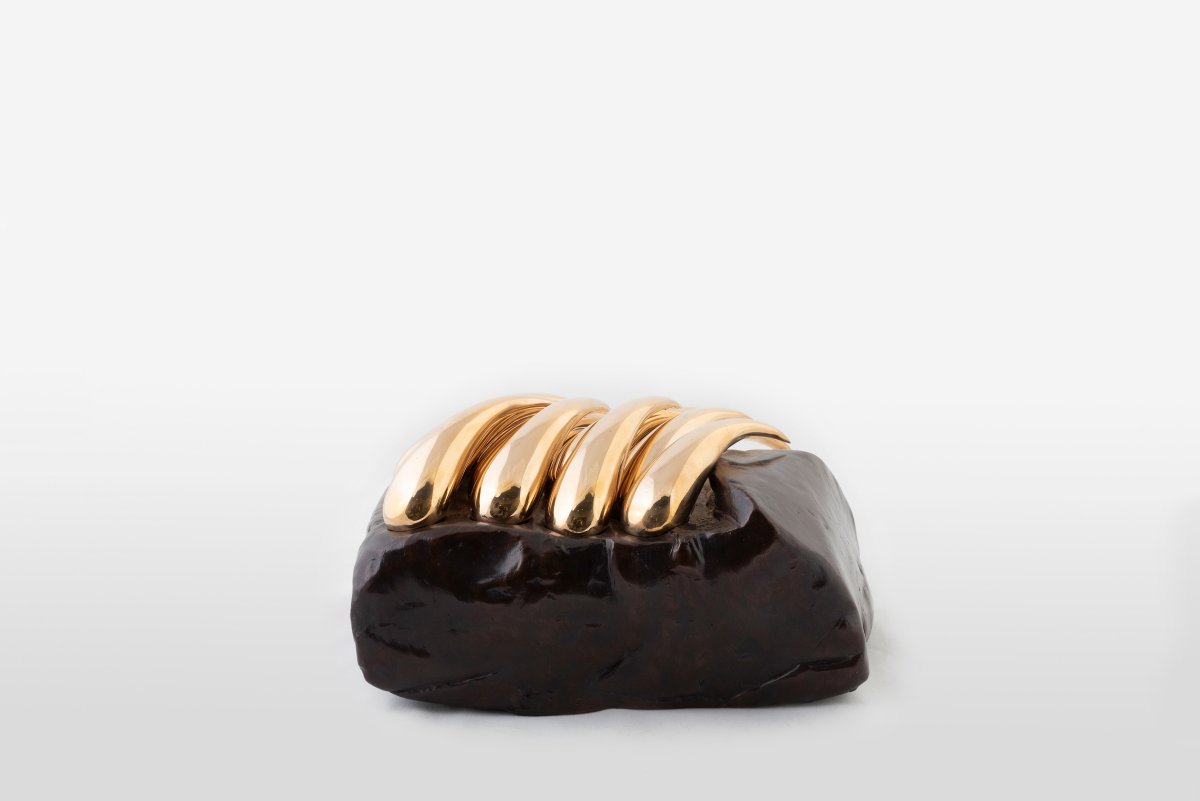 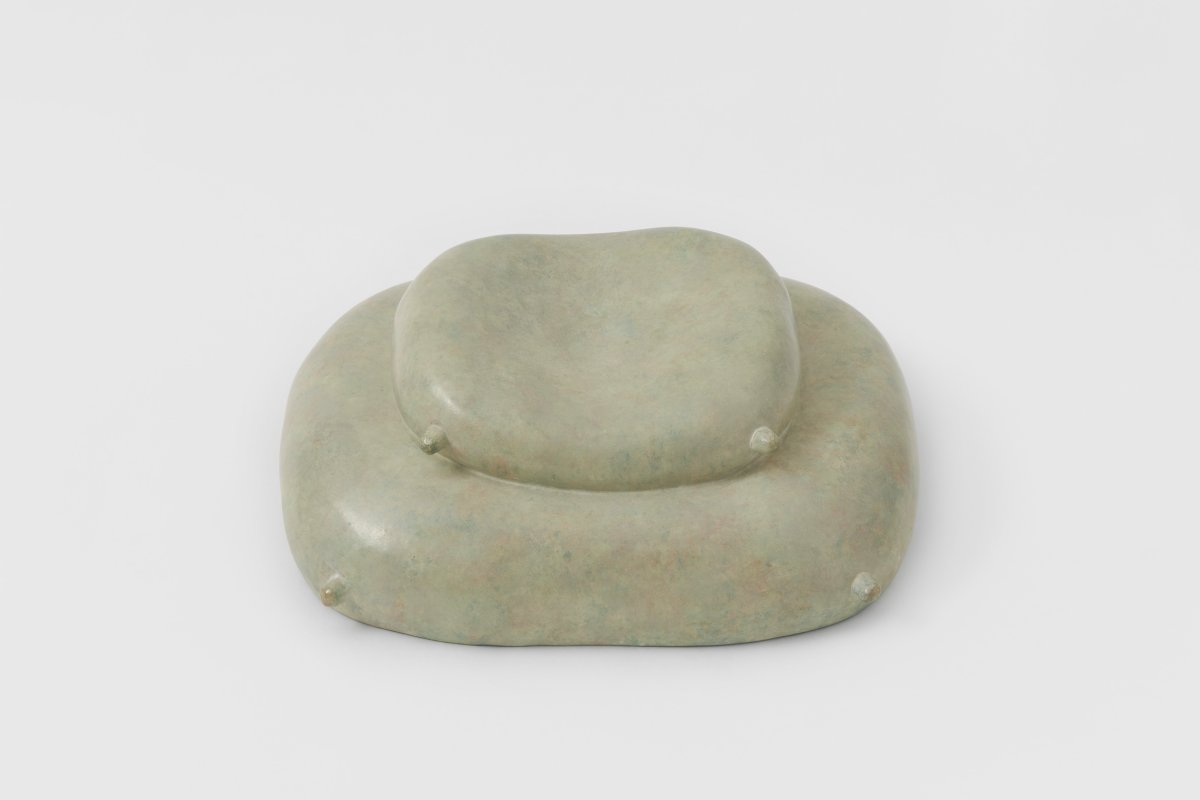 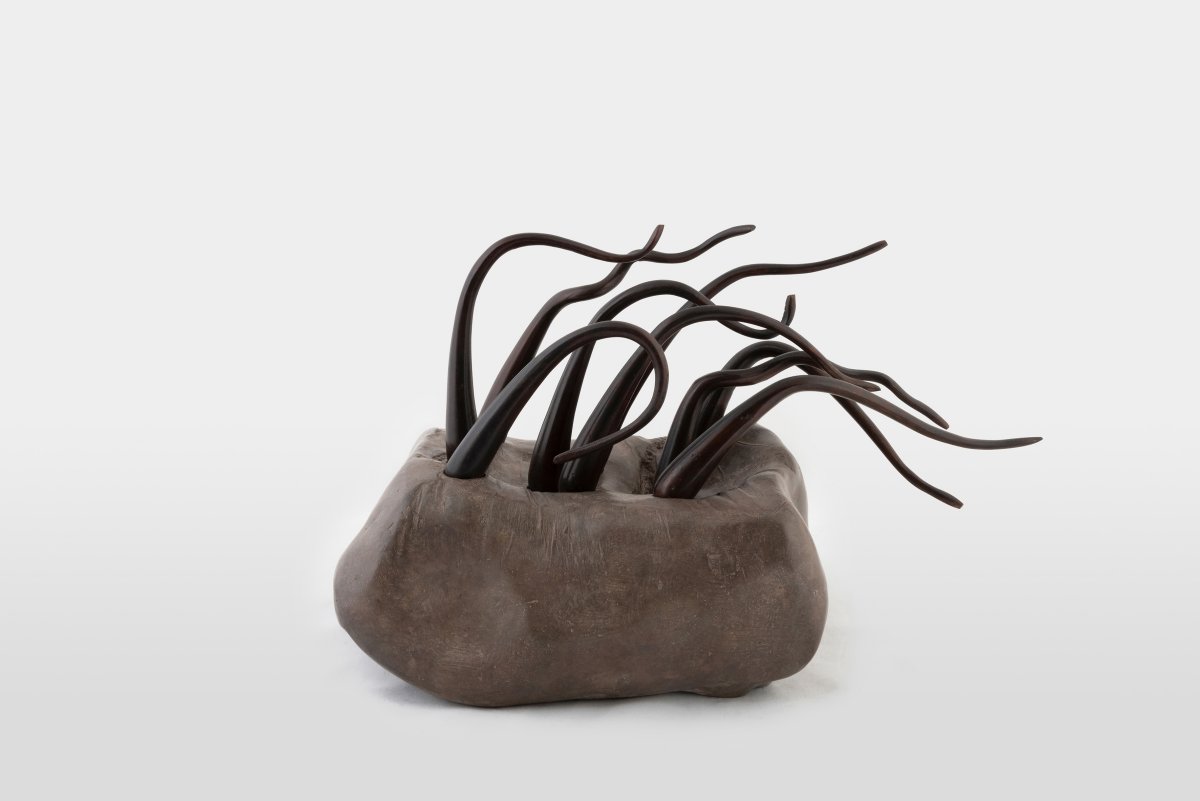 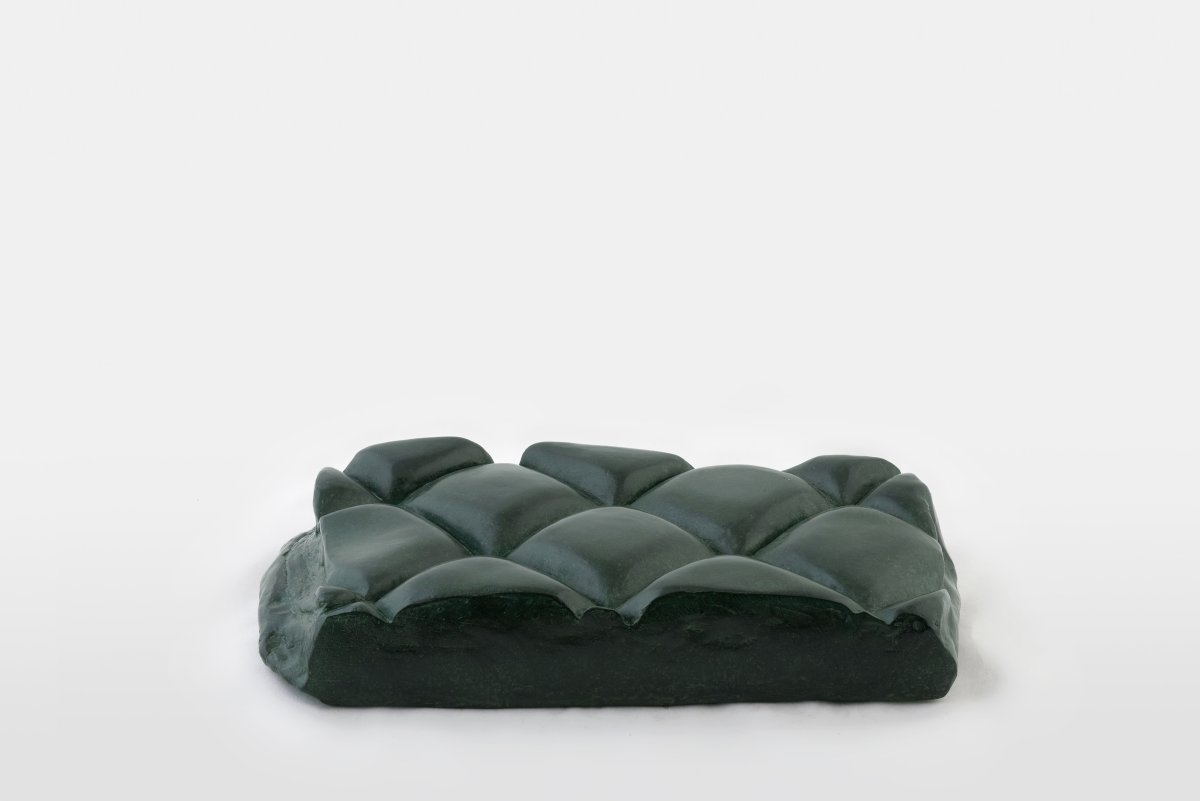 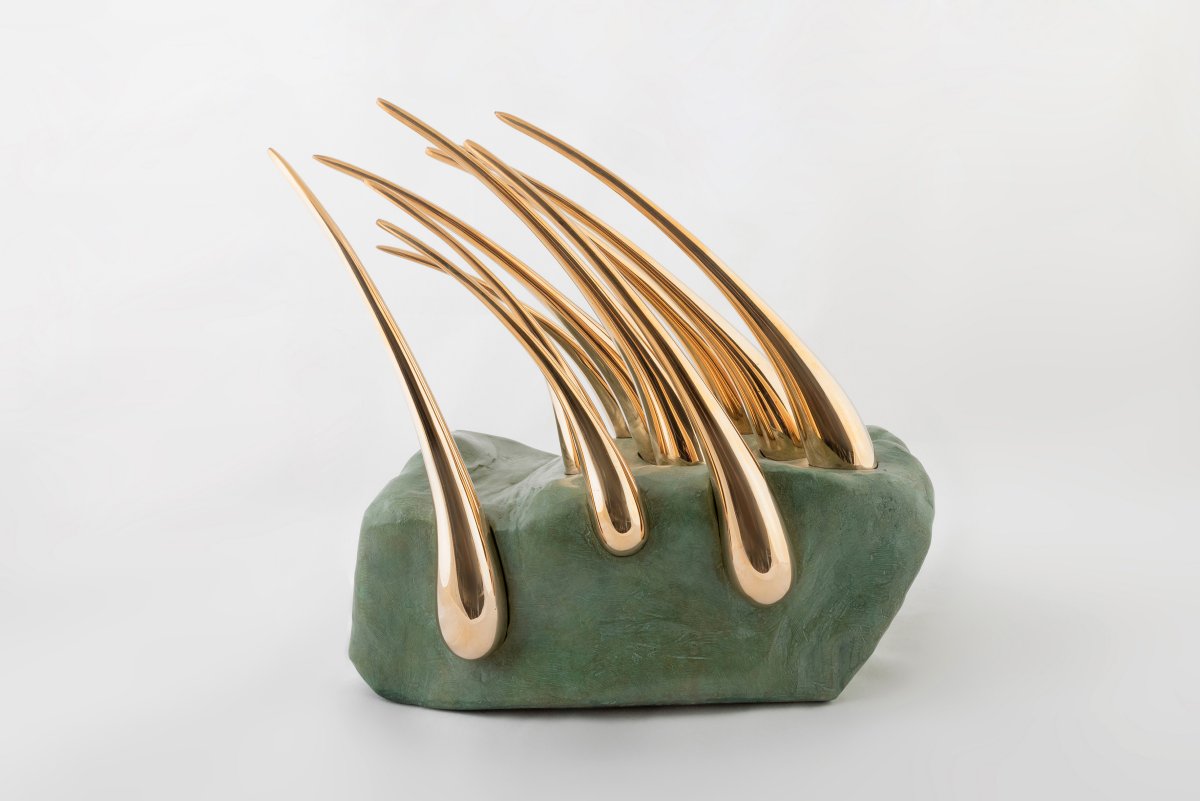 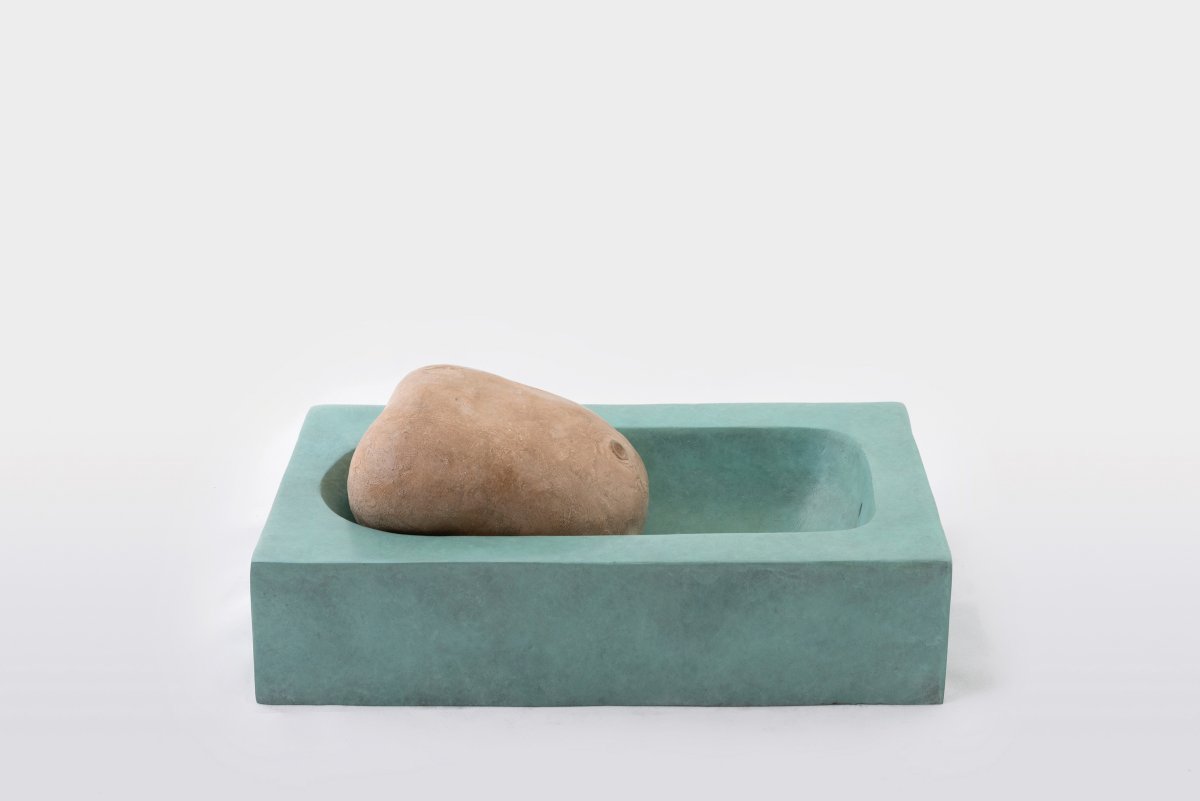 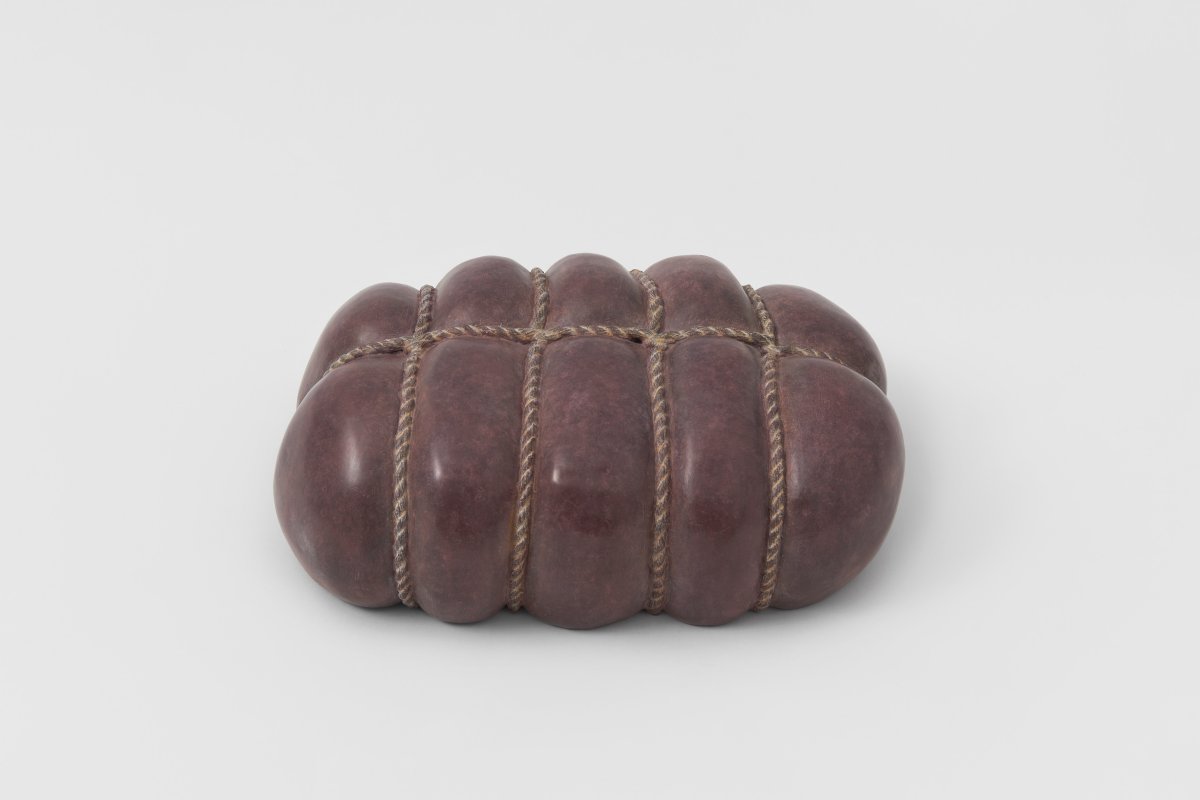 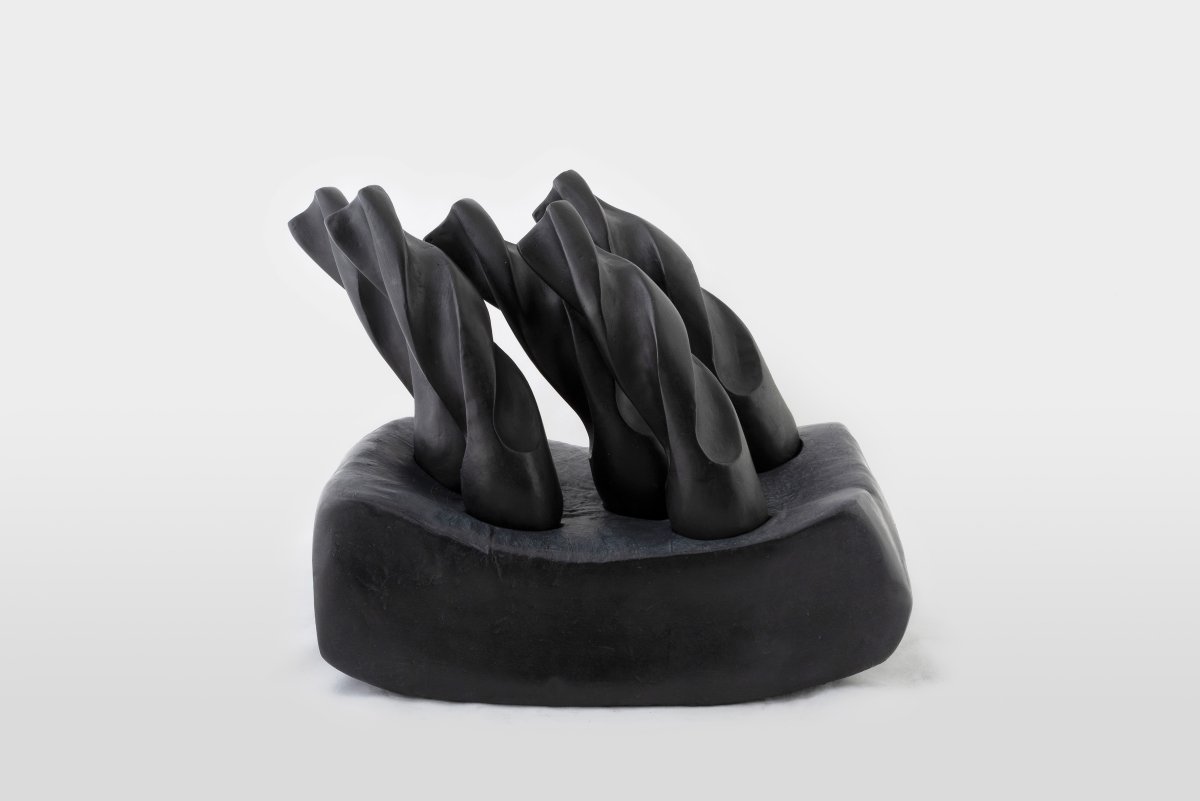 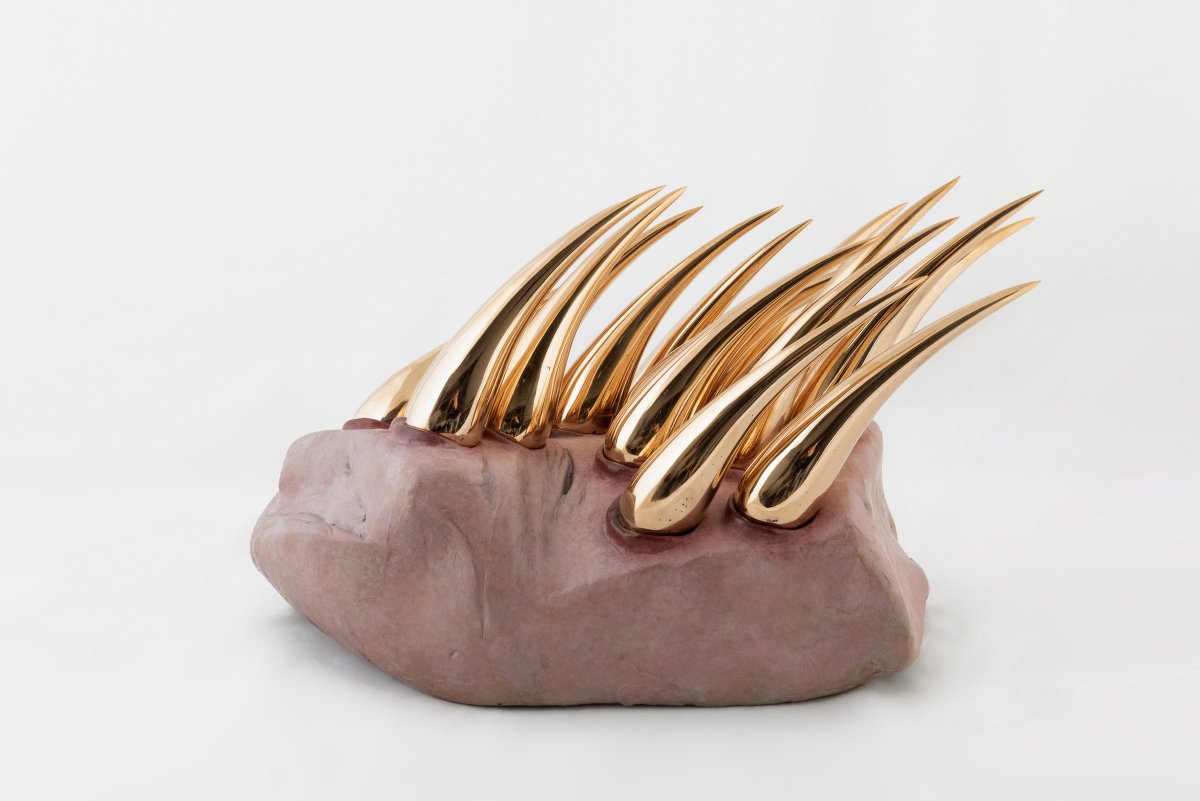 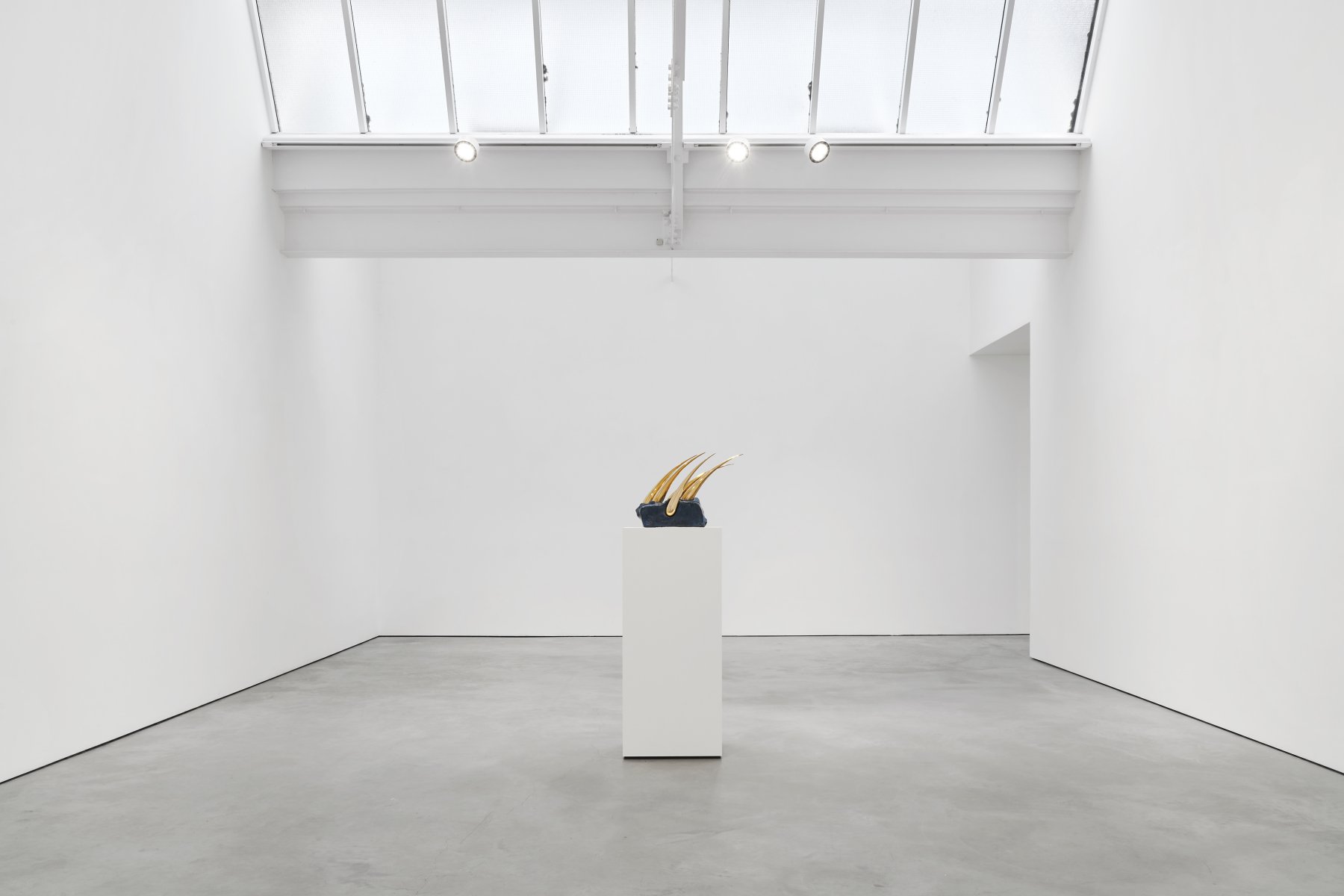 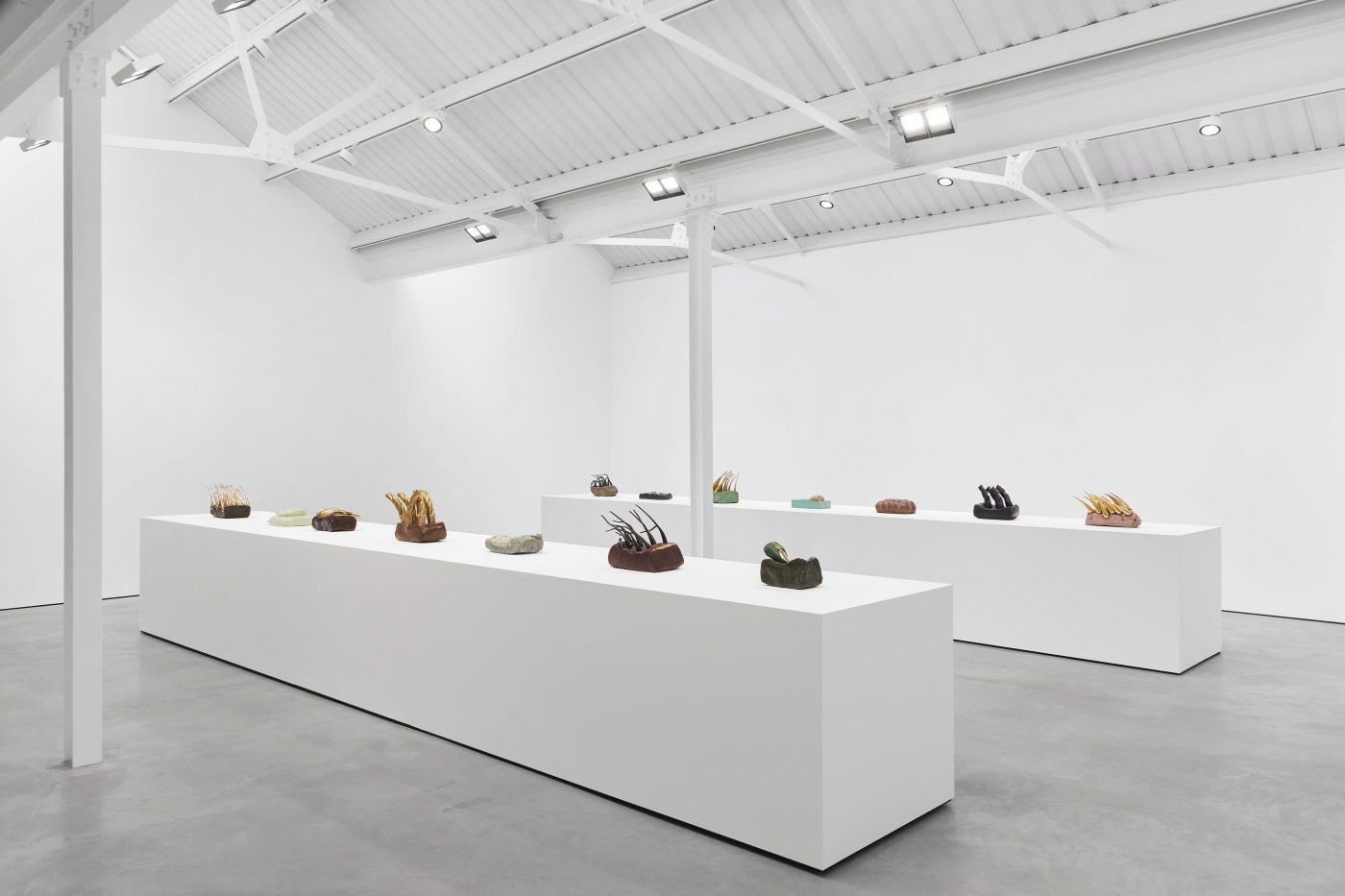 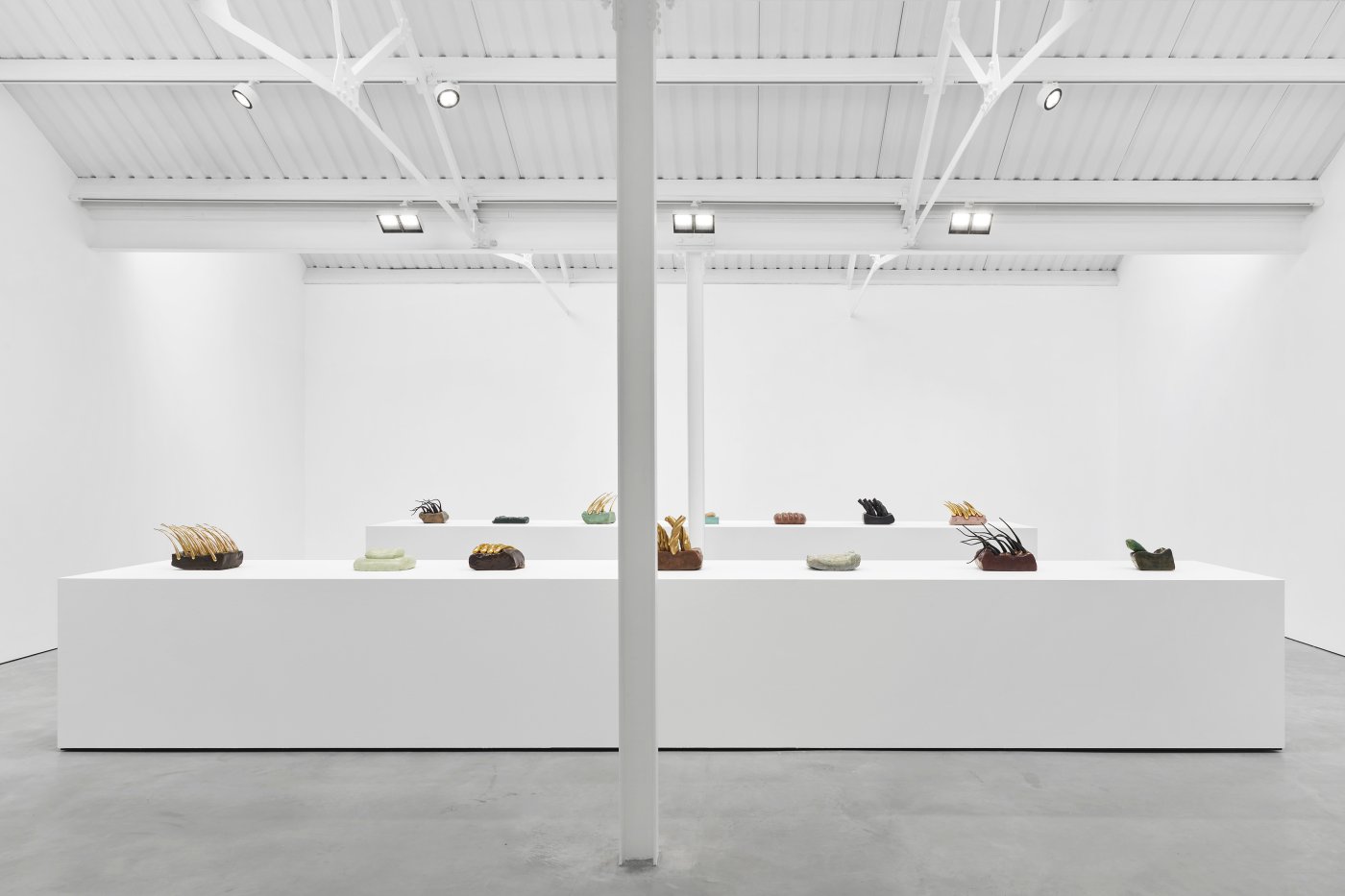 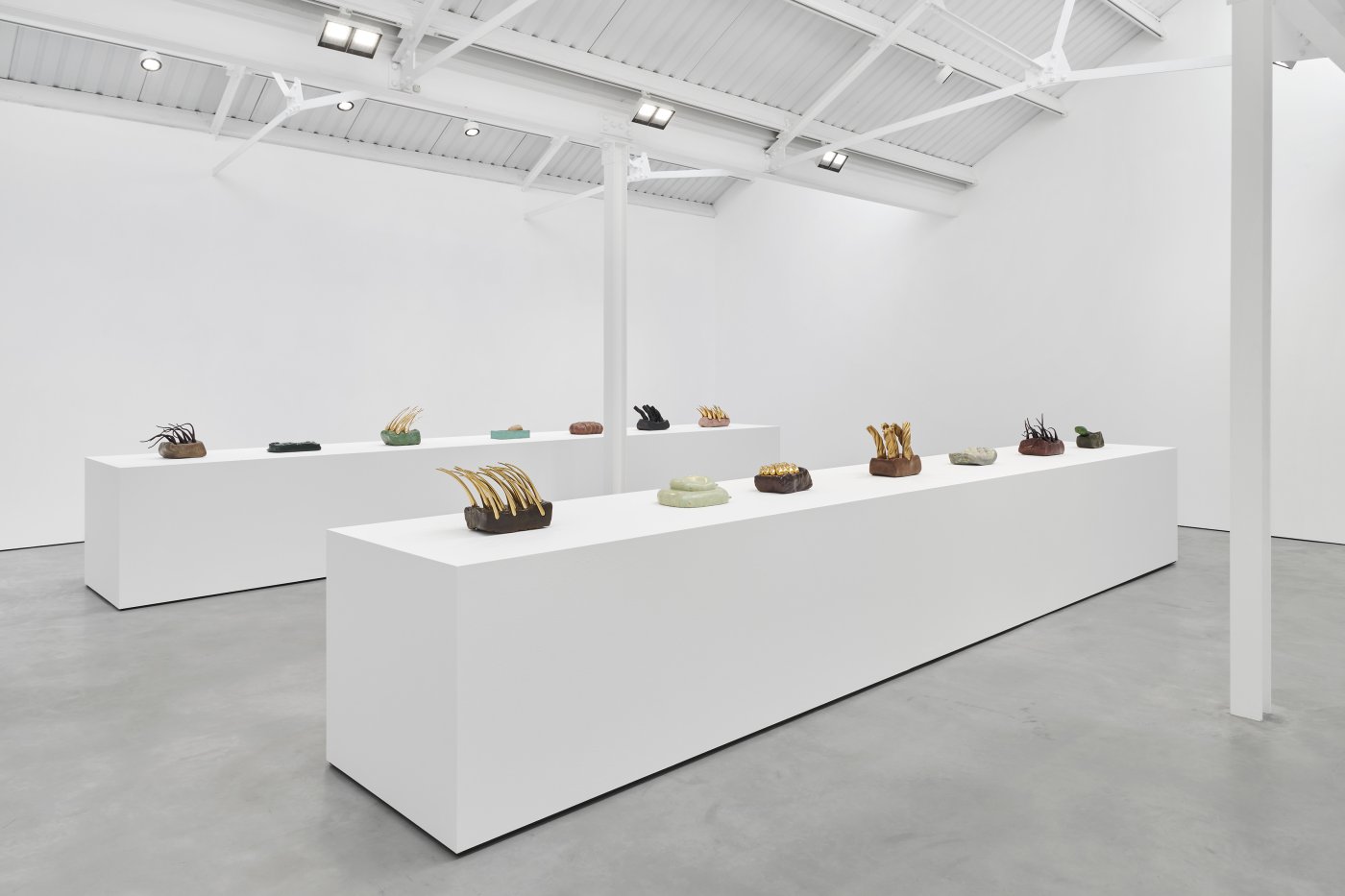 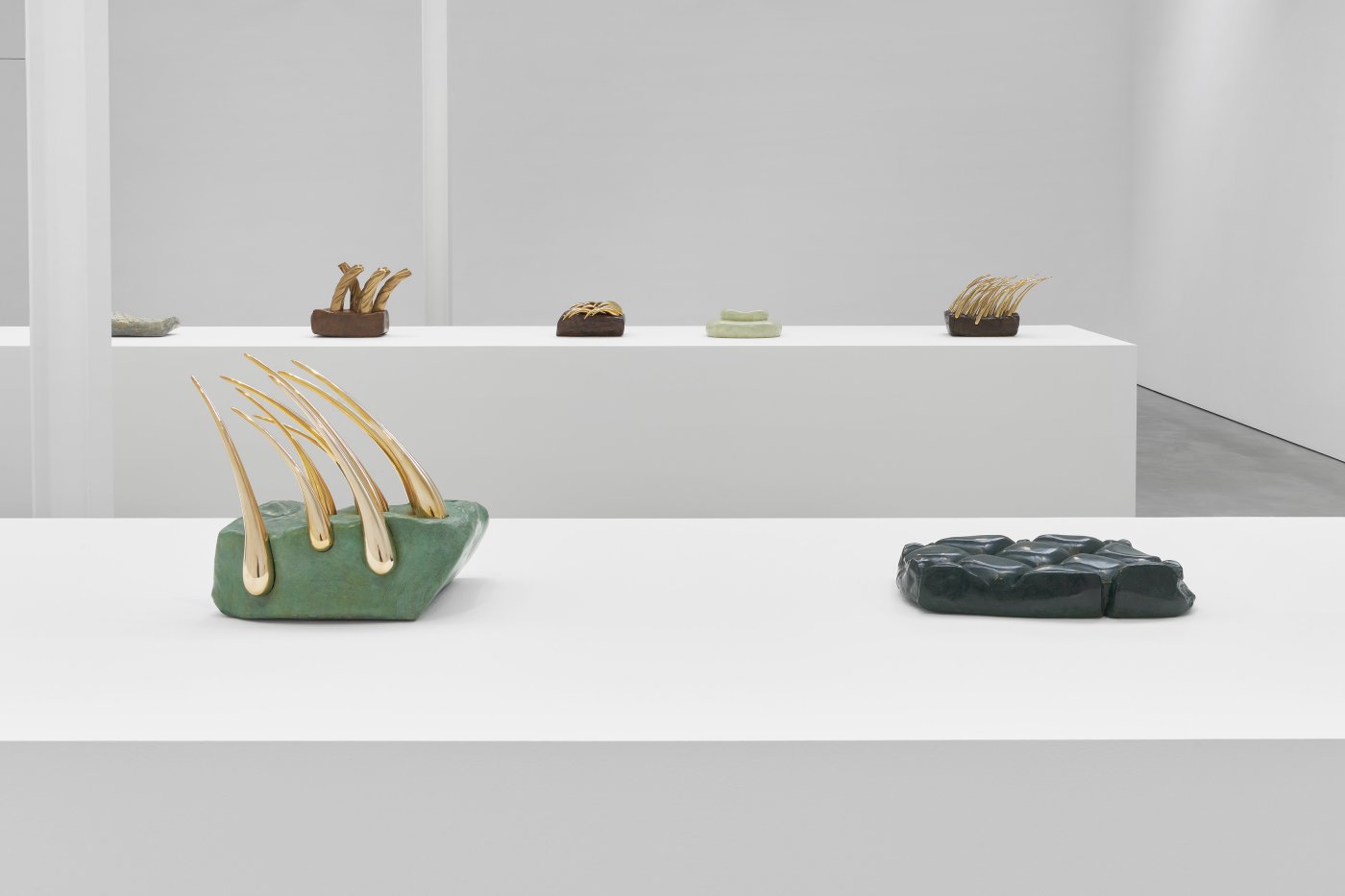 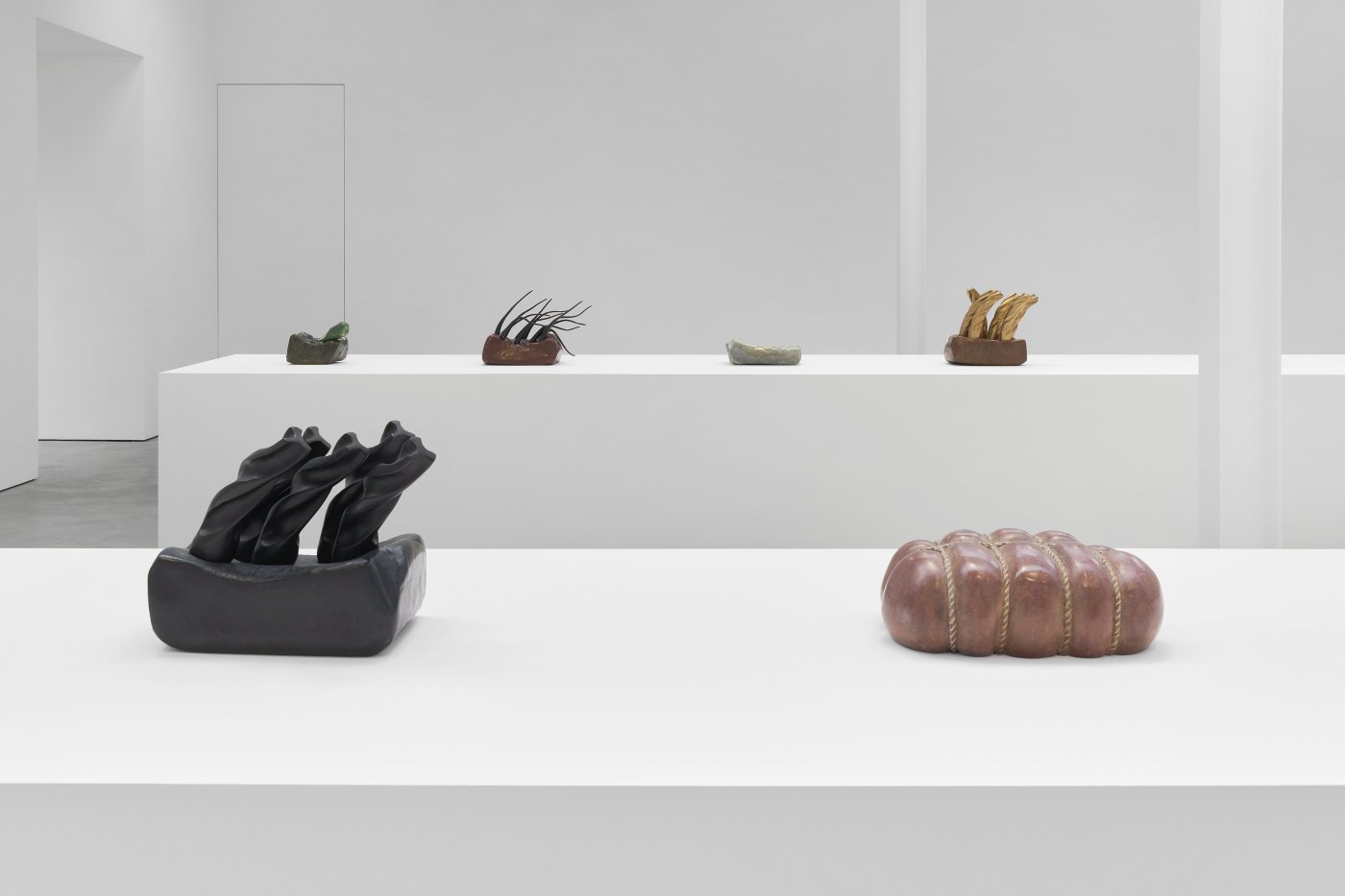 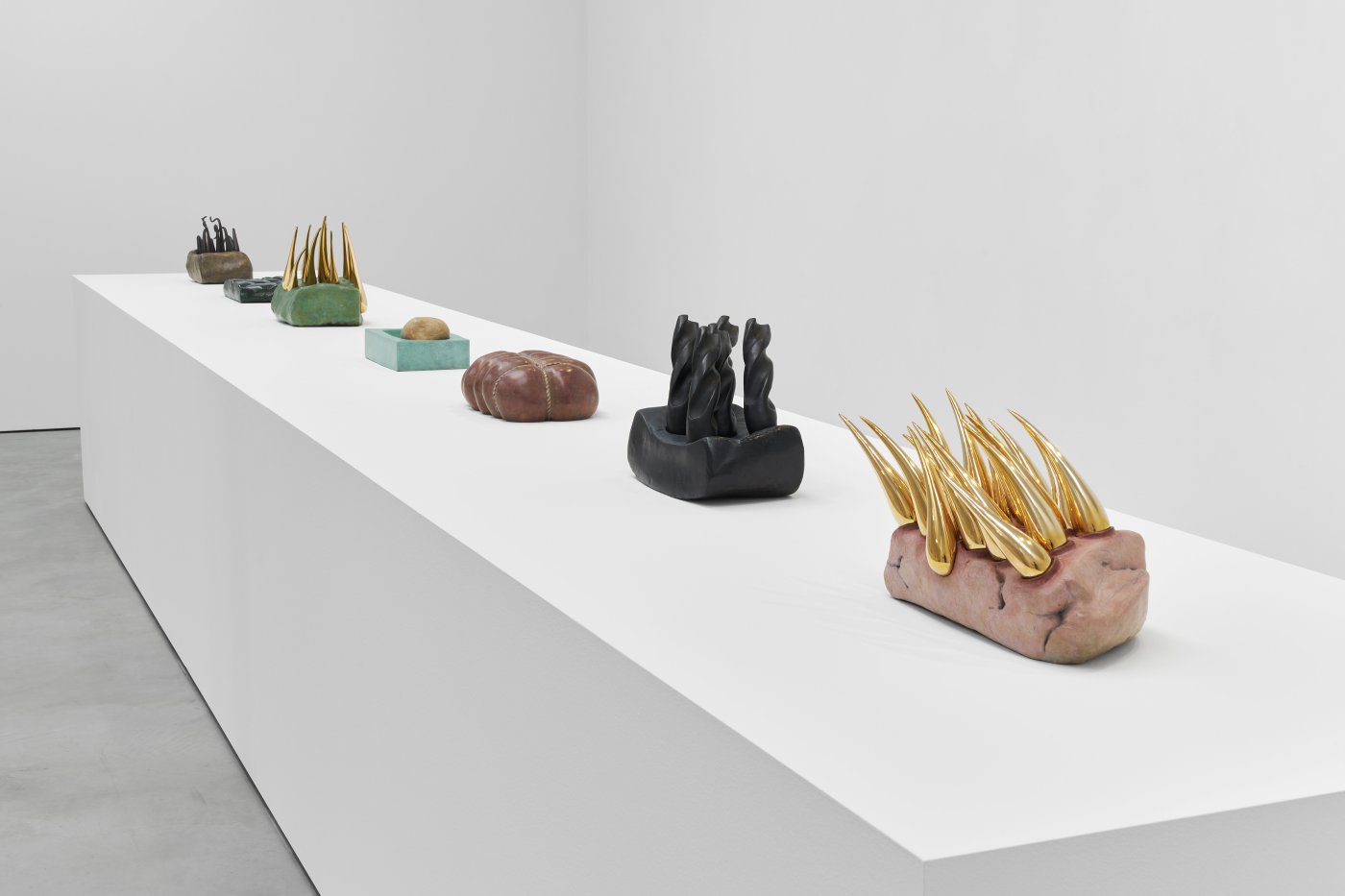 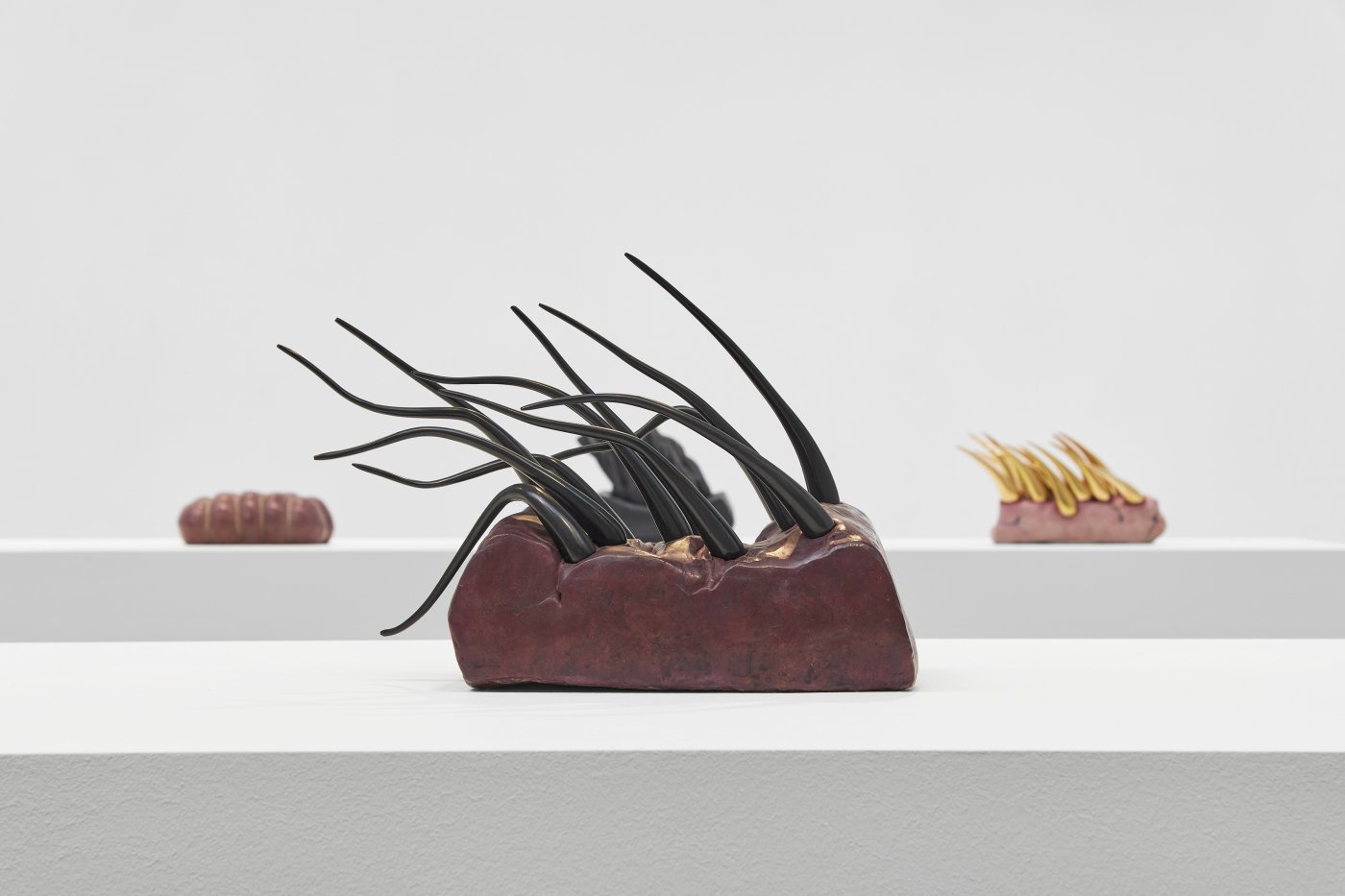 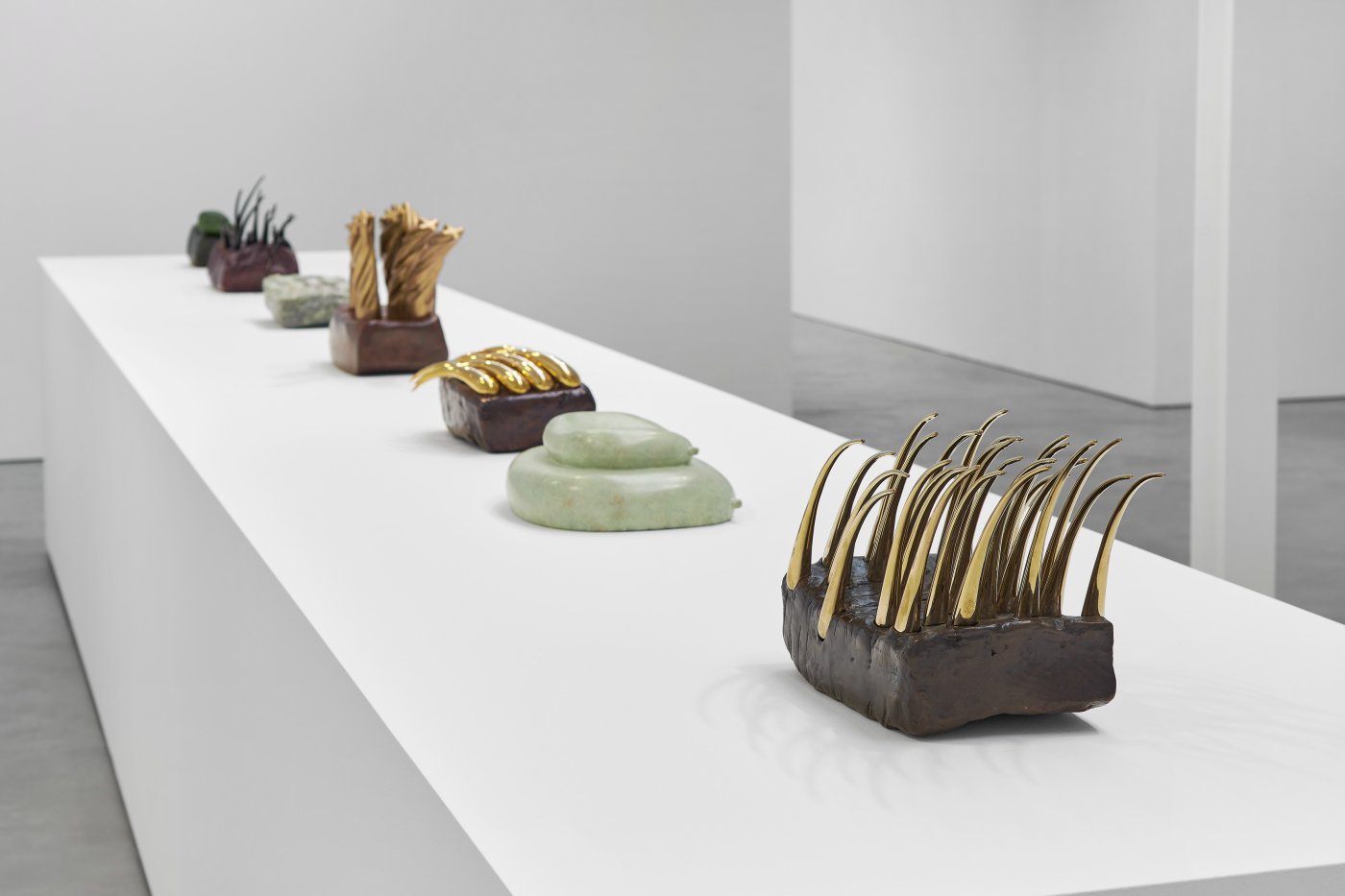 Nicolas Deshayes uses the medium of sculpture to explore the form and materiality of bodies and what happens below their surface. Process, or processing is the impetus for Deshayes’s sculptures, which manage to convey the soft, wet, messiness of flesh in hard, cold, and mechanically produced objects and systems. Using predominantly casting methods in bronze, iron, or earthenware, Deshayes tends to seek out artisans and factories who specialise in certain techniques of production; their historical lineages and geographical particularities converging within his conceptualisation of the work as it develops.

Extreme heat is used in these casting processes more often than not and the materials rely on changes in temperature in order to come alive. But molten metal rapidly hardens into a solid form, its movement as if suspended in time. Deshayes has recently rendered some of these sculptures functional again, plumbing hot water around a room, or pumping water into public ponds. It is in these works that we are reminded of how their organic forms are not only reminiscent of the bodies of humans, but also of domestic, civic and planetary circulatory systems.

Gargouilles, Deshayes’ exhibition at Modern Art, includes a body of small-scale patinated bronze sculptures that were born out of a period of production during 2021 and 2022 in the Auvergne, France’s volcanic region. Atmospheres of the underworld, narratives of the devil, severed heads, metalwork, hot springs and charcuterie production – fact and folklore associated with the region – are imbued in the genesis of these works made there, which are at once comic and dark, perverse and serious, grotesque and almost edible looking. Most of these sculptures are given the same title, Gargouille, a word associated both to the French word for ‘throat’, as well as to gargoyles – waterspouts designed to spout rainwater away from a building. Meticulously crafted, these works can at once seem wholly abstract – forms and textures engineered together like bound molecules – at the same time as they are clearly figurative, evoking parts of bodies – the membraneous cross-hatching of skin; the structure of hair follicles as seen on the back of a shampoo bottle; the root of a tooth receeding into a gum – or indeed of surfaces imprinted by one: a stained mattress, a dimpled pillow, the nave of a bathtub or a finger pressed into a landscape.

Appearing first in the exhibition is the largest work, Gargamel, taking its name from the misanthropic wizard from the Smurfs. By way of this introduction, the rest of the works take on a Smurf-like quality, being ‘no more than three apples tall’, and full of animation, quirk and character despite being what they are – a group of cold, hard, metal forms.