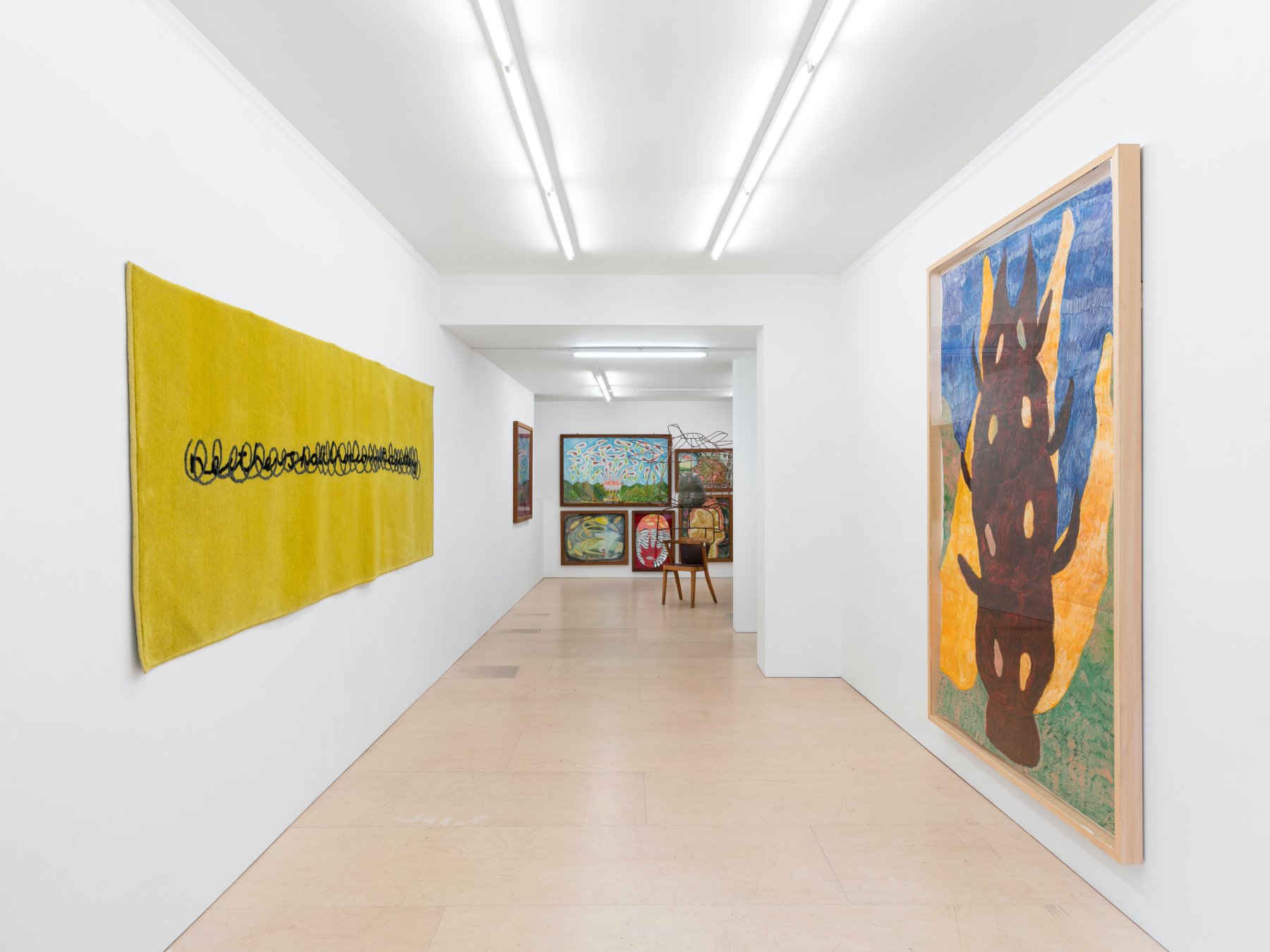 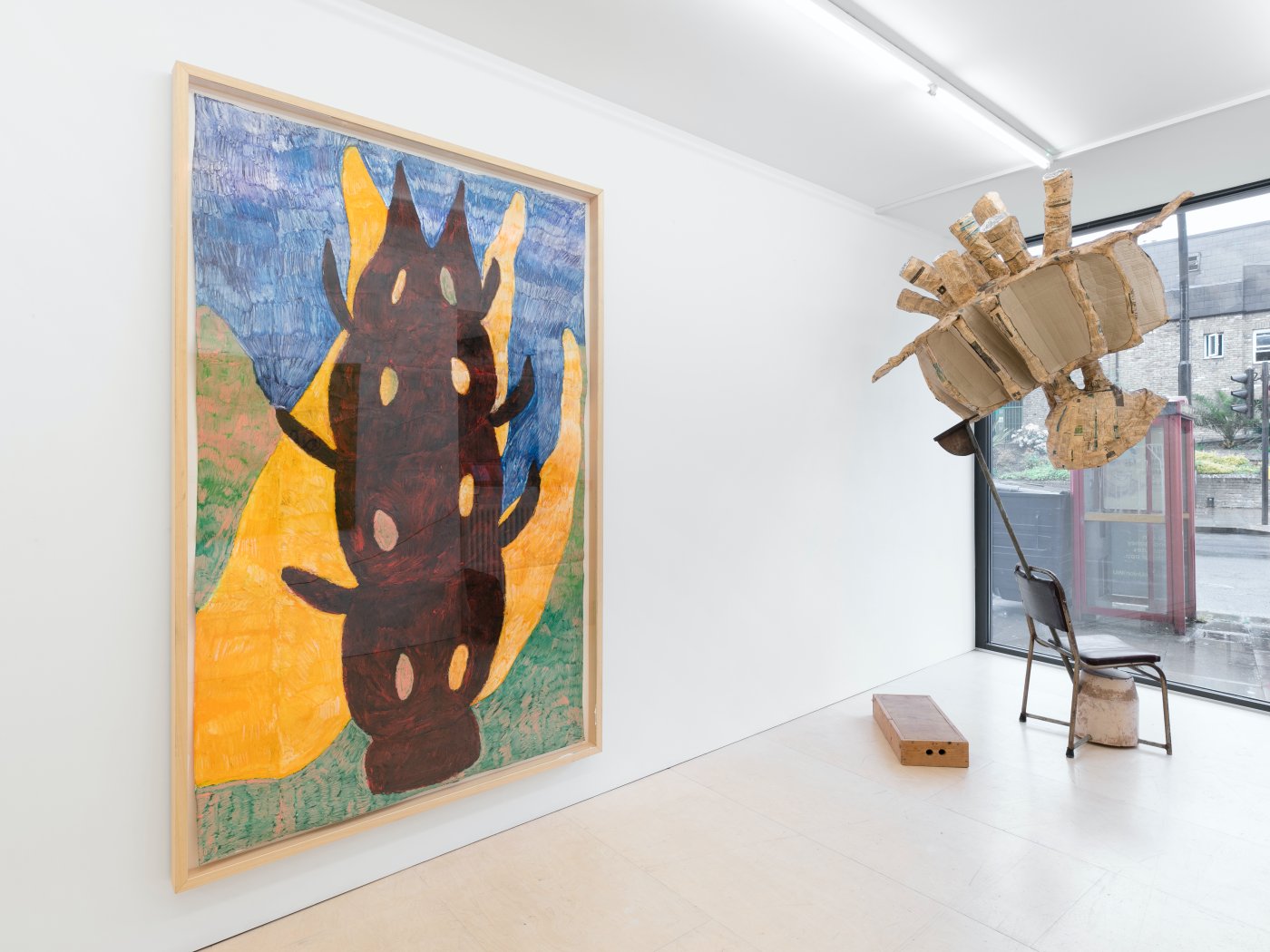 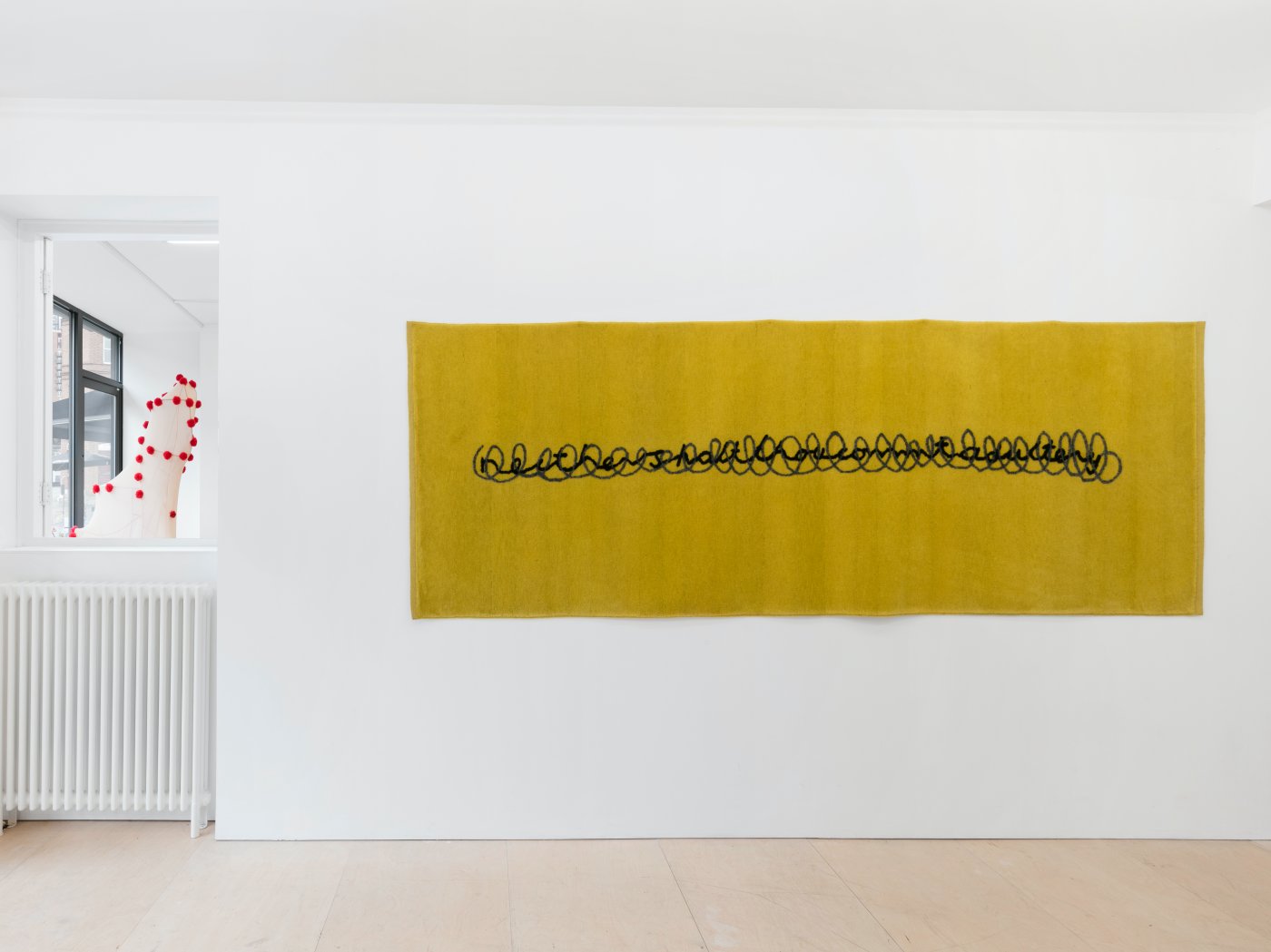 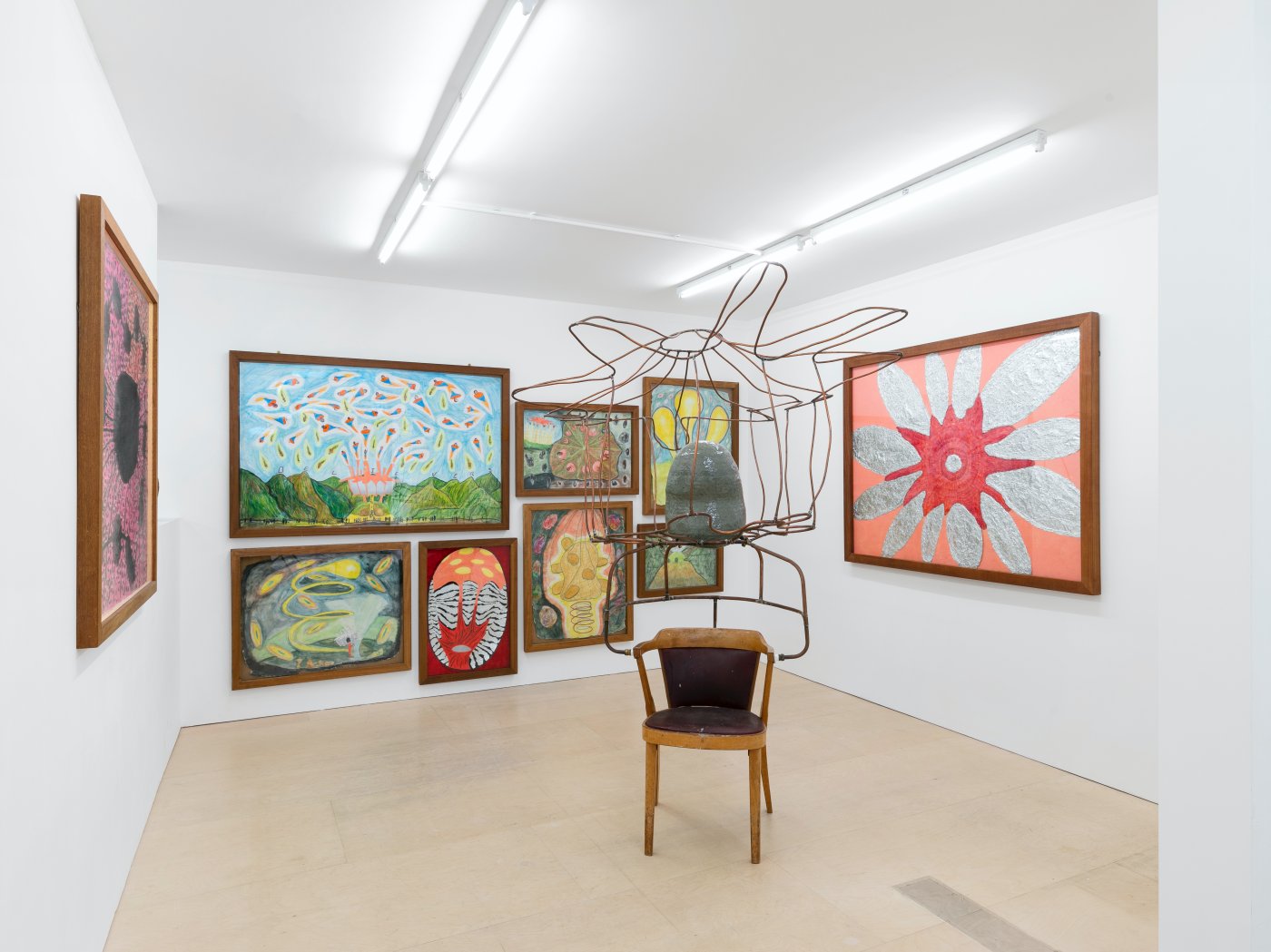 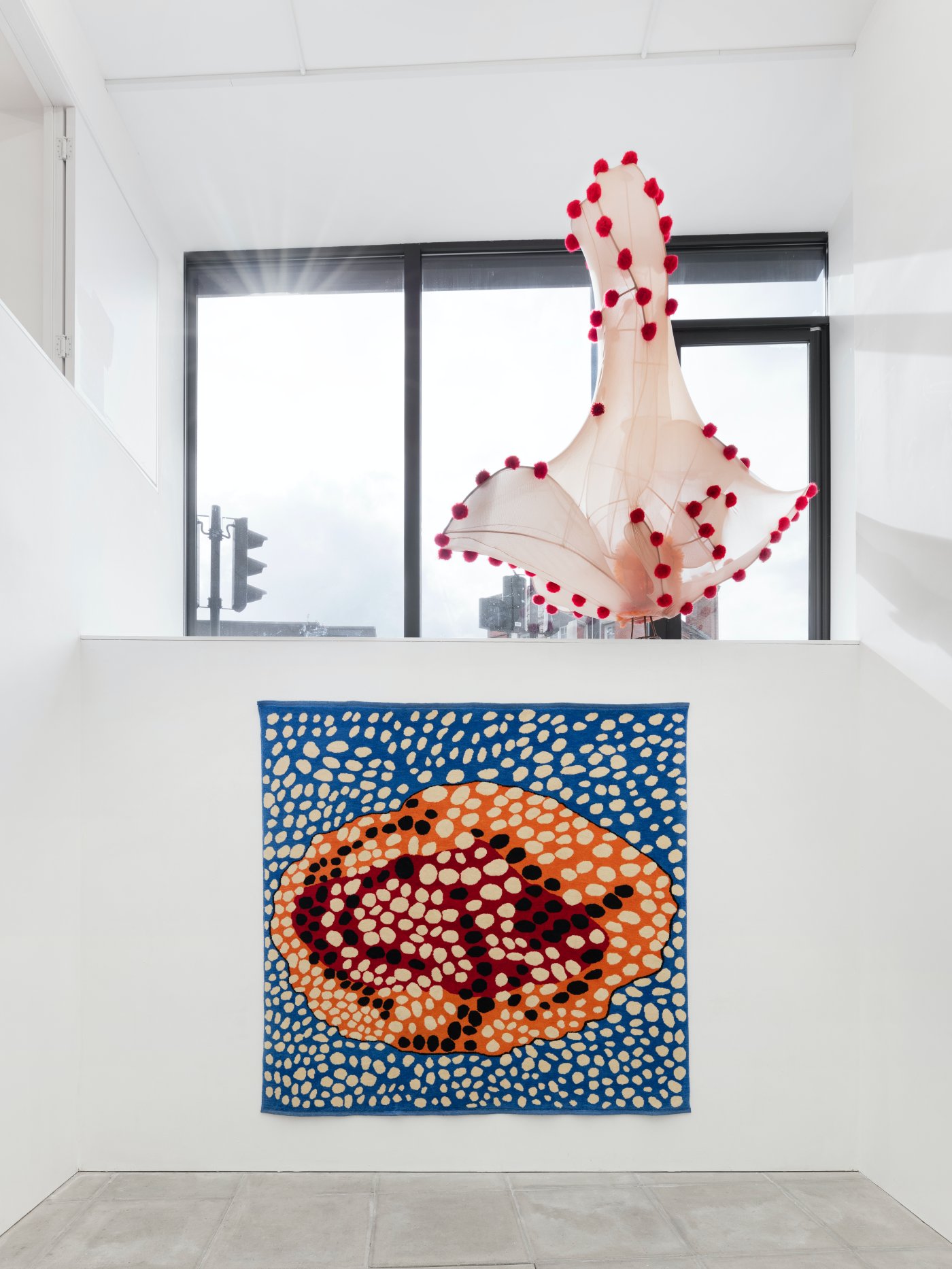 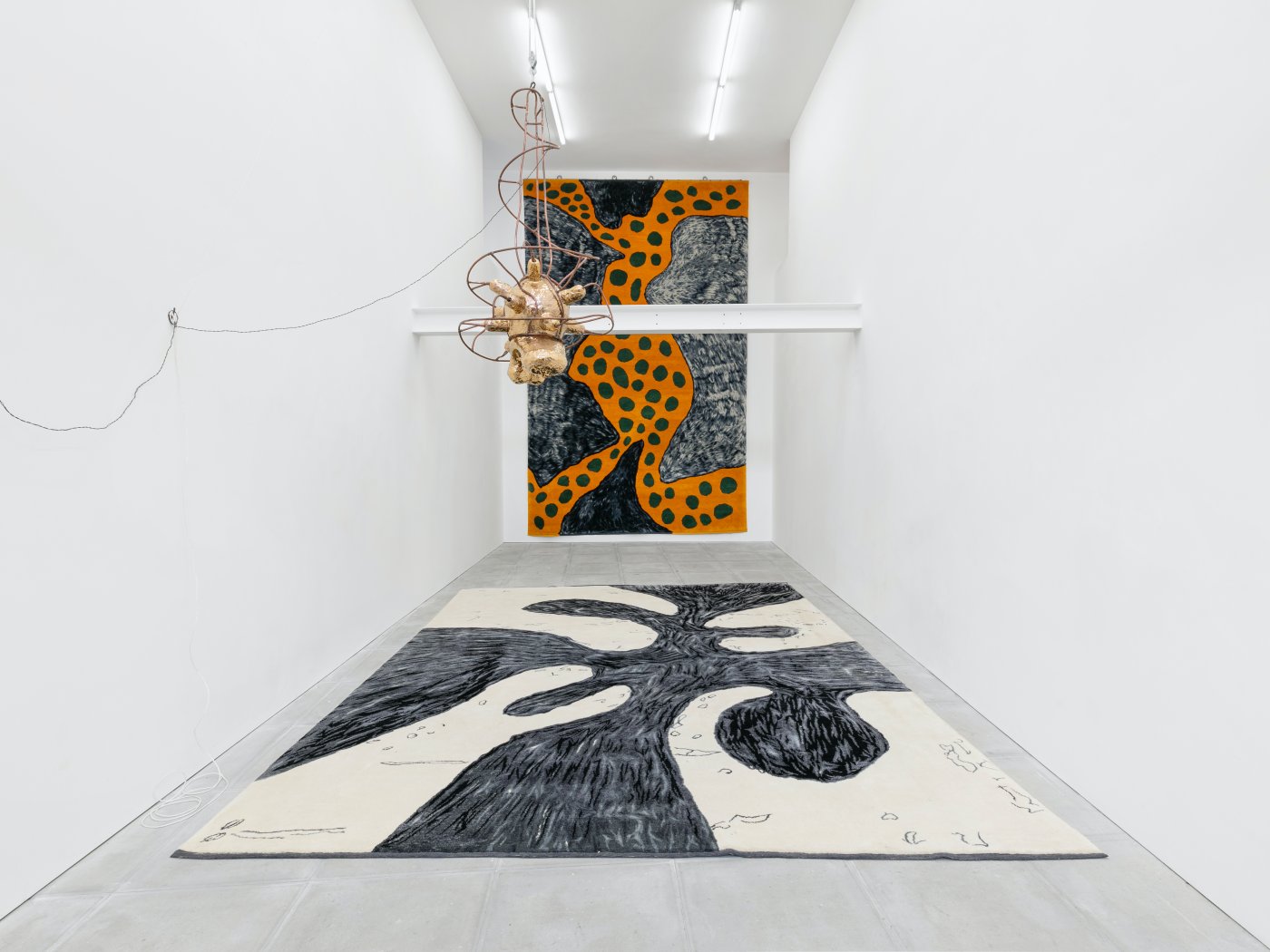 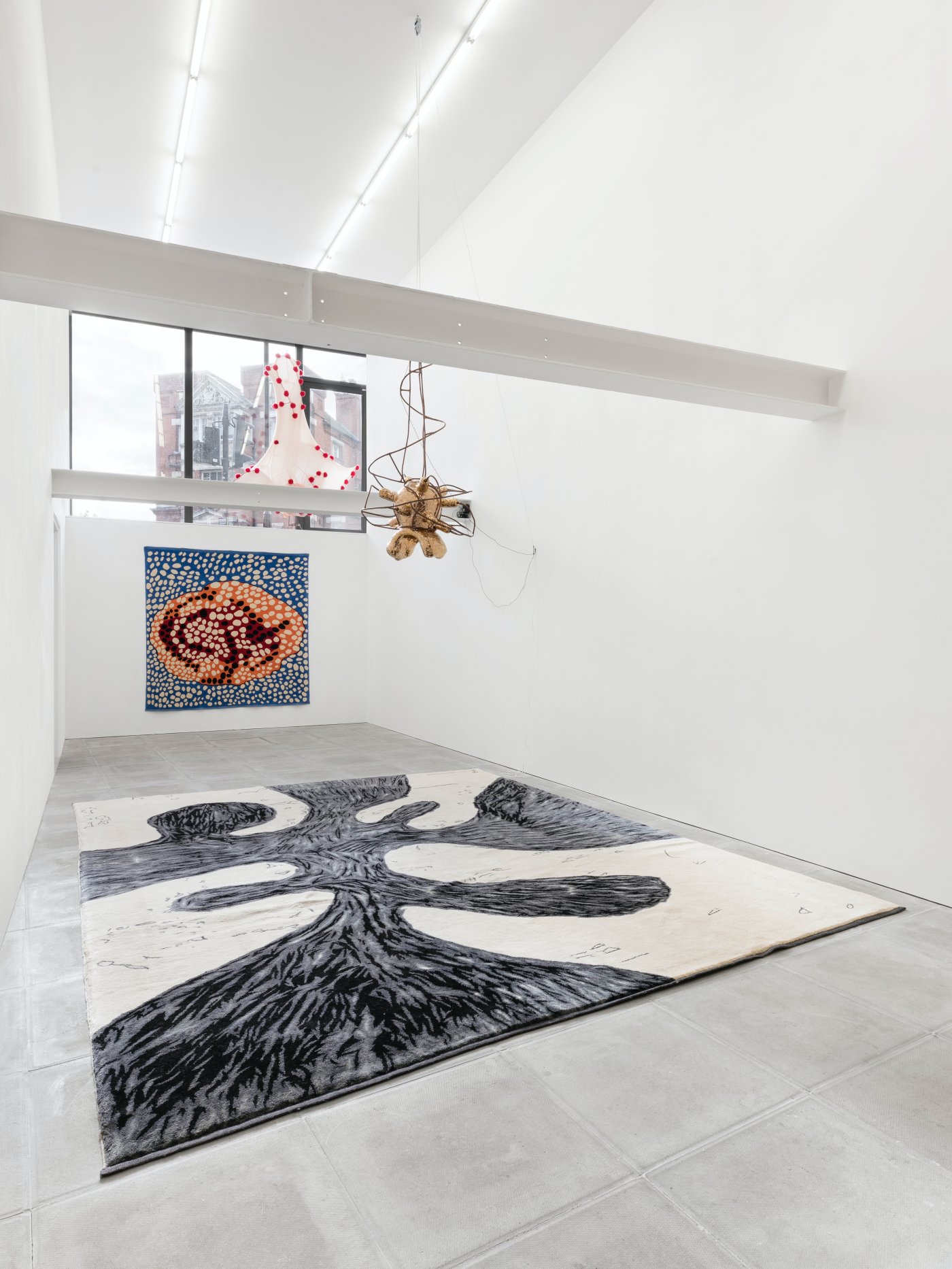 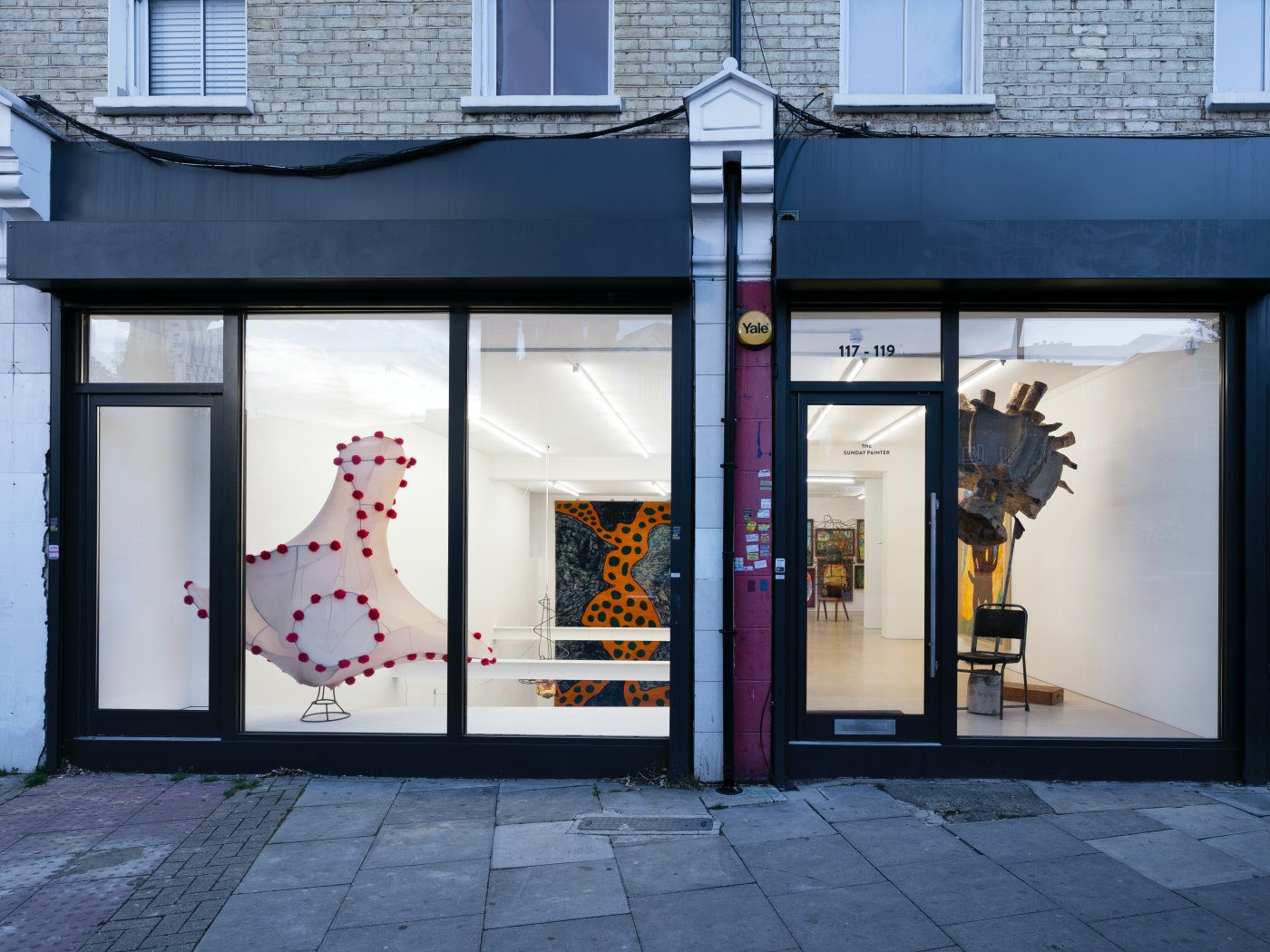 For Nicholas Pope’s second solo show at The Sunday Painter we concentrate mostly on a new body of work and its engagement with a new medium, a soft furnishing of sorts, typical to the artists work, in which older drawings have been revisited and transmitted into a different medium. This new medium is deep pile carpet which lends itself perfectly to the wobbly colourful drawings that are always the starting point for anything that Pope creates.

Drawn to a strange domestic purgatory, Pope has a long running fascination and has previously even drawn up a plan of turning an ‘A road service station’ into a kind of cathedral of art and contemplation. Deep pile carpet, Judeo Christian theology, Service stations; they all seem to speak something of a kind of Englishness that exists outside of time.

The simplicity of moving in a direction and having only that route to consider seems an apt metaphor for the day to day work that Pope has found himself in from 1982 to the present day, following a visit to Tanzania where Pope was struck down by encephalitis and then Parkinson’s. A cerebral shattering fragmentation of reality, followed by a cognitive reshuffling, Pope could only go in one direction, could only make in one way. Creation as self-excavation helped Pope come to terms with his new reality.

To quote Einstein, ‘the distinction between the past, present and future is only a stubbornly persistent illusion’. We should consider that a truer representation of what we experience to be more like white noise with all the moments sitting jumbled together in the same plain and not the reassuring chronology we are so fortunate to be presented by our own brains in order to keep us ‘sane’.

There might be three and a half decades between the creation of a drawing and its transmutation into deep pile rug but there’s also no time at all. Speaking of the cerebral, you walked past a few strange objects on your way in. Never before exhibited Helmet works now showing in the upstairs gallery of The Sunday Painter, perhaps these hold the key, the Rosetta stone of Pope. You might be able to persuade the tired looking person who greeted you downstairs from their windowless office, to allow you to poke your head inside, in the pursuit of artistic understanding of course.

Drawing, sculpture, hard materials, soft materials, transmutations, journeys, time, the reason Pope was in Tanzania and therefore contracted his illness was his deep respect for the Makonde Carvers. A Makonde myth says that the mother of all the Makonde was originally a wooden carving that came to life, a sort of morphing from dreams to reality via abstract form, things seeming to come full circle. Either way we are left feeling strangely resolved amongst the recognised and unrecognisable forms and poorly remembered biblical references peppered throughout the exhibition.

Courtesy of the artist and The Sunday Painter, London