The New Art Centre presents an exhibition of work by Nicholas Pope. 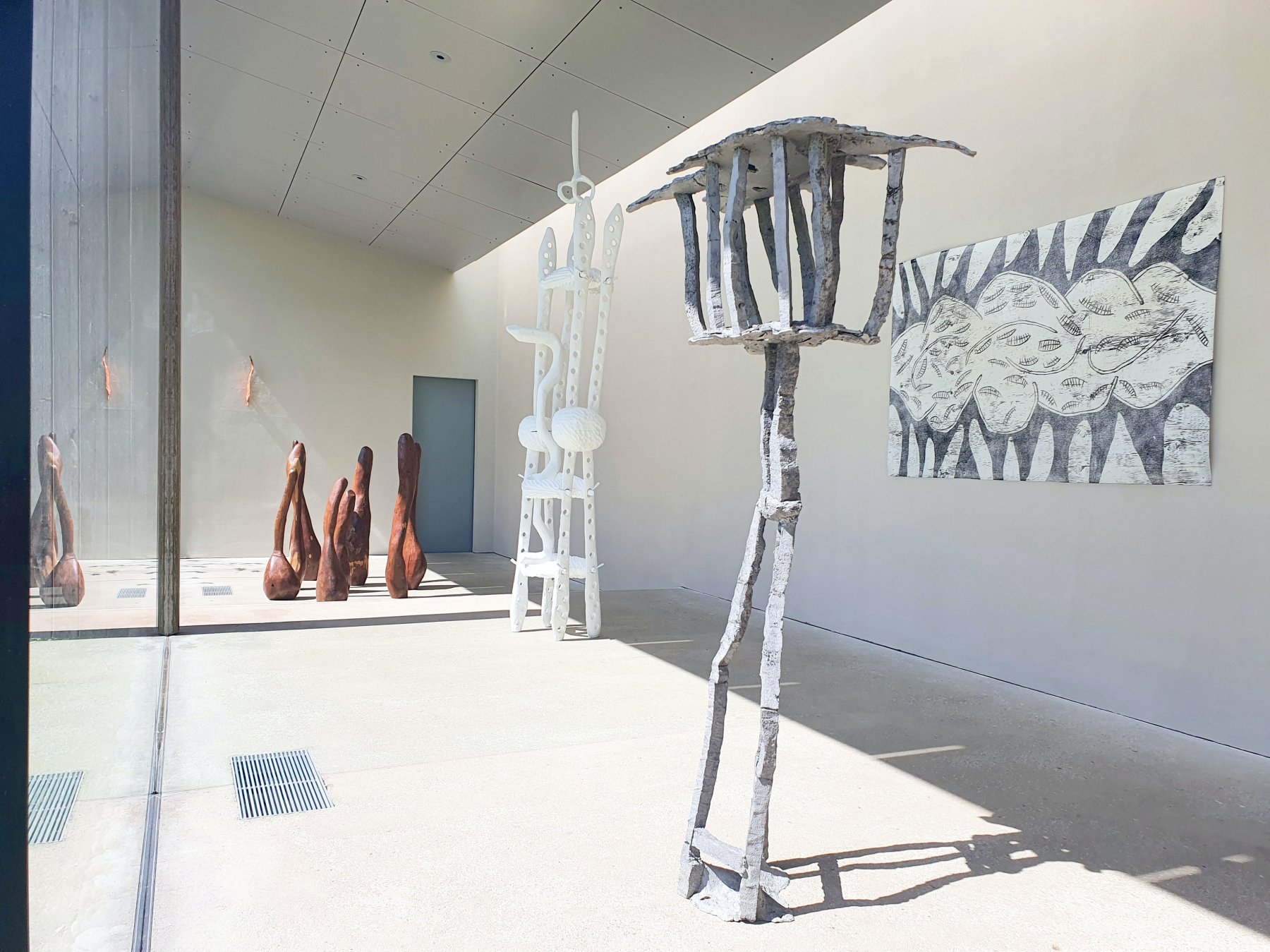 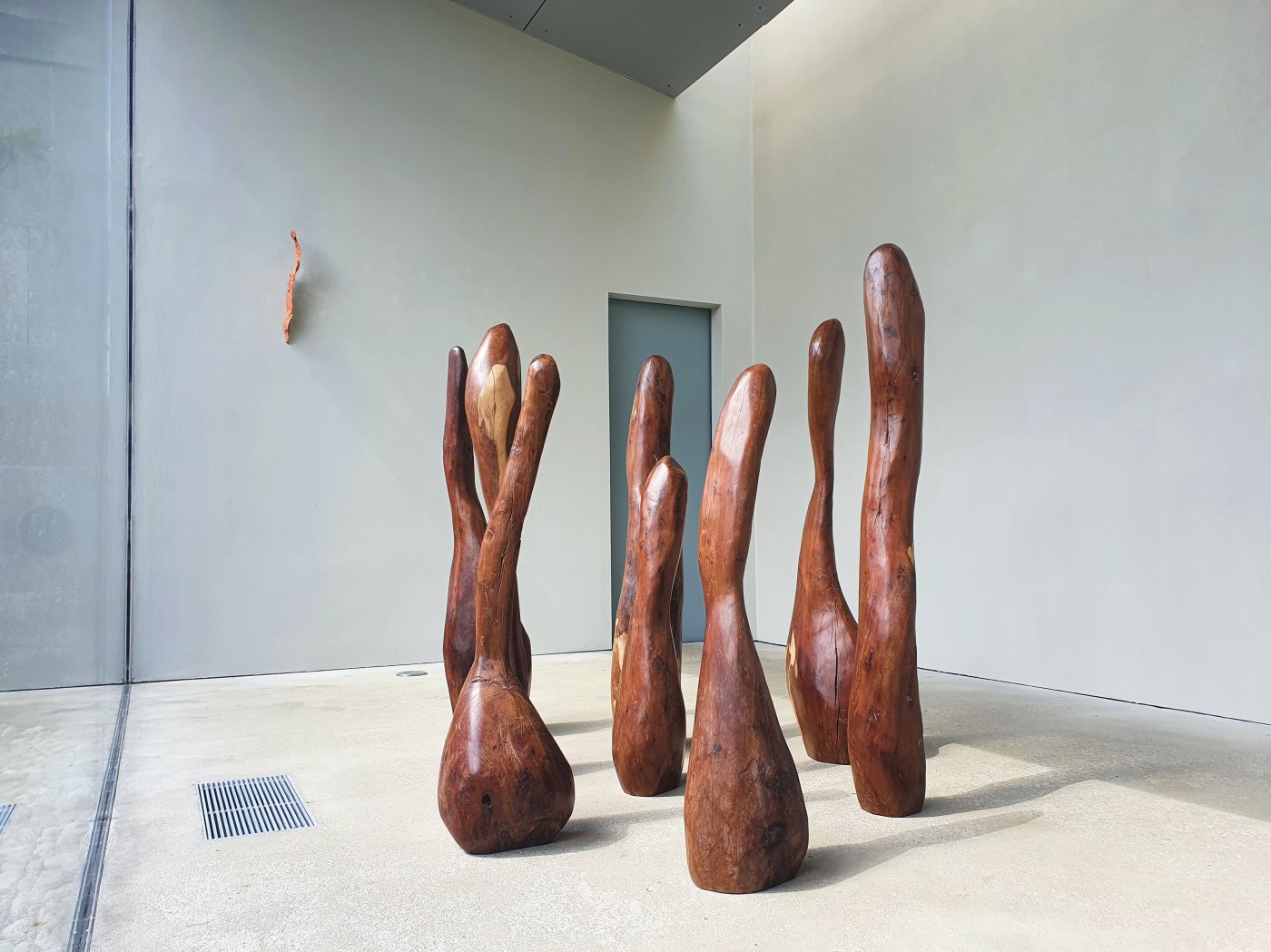 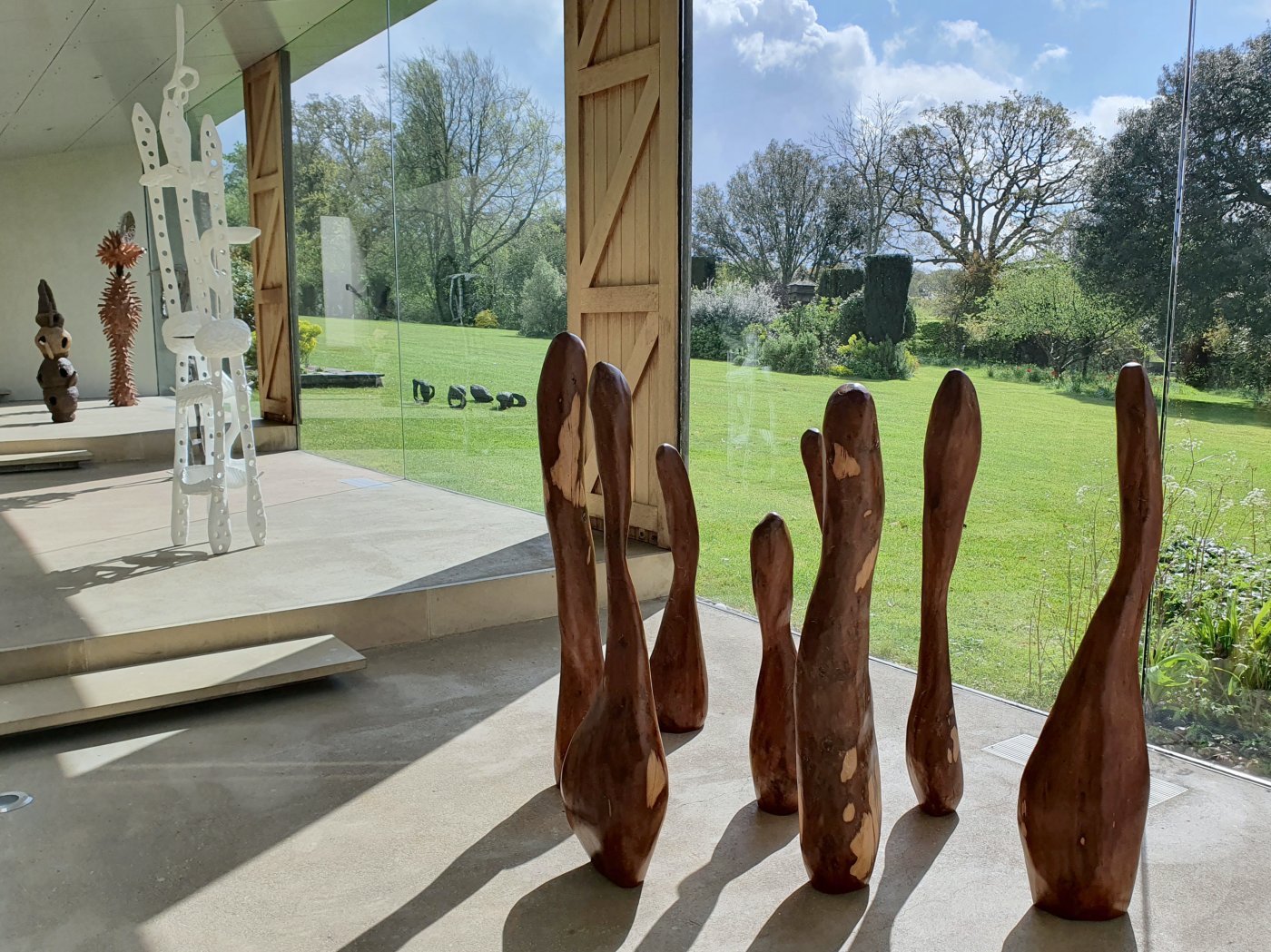 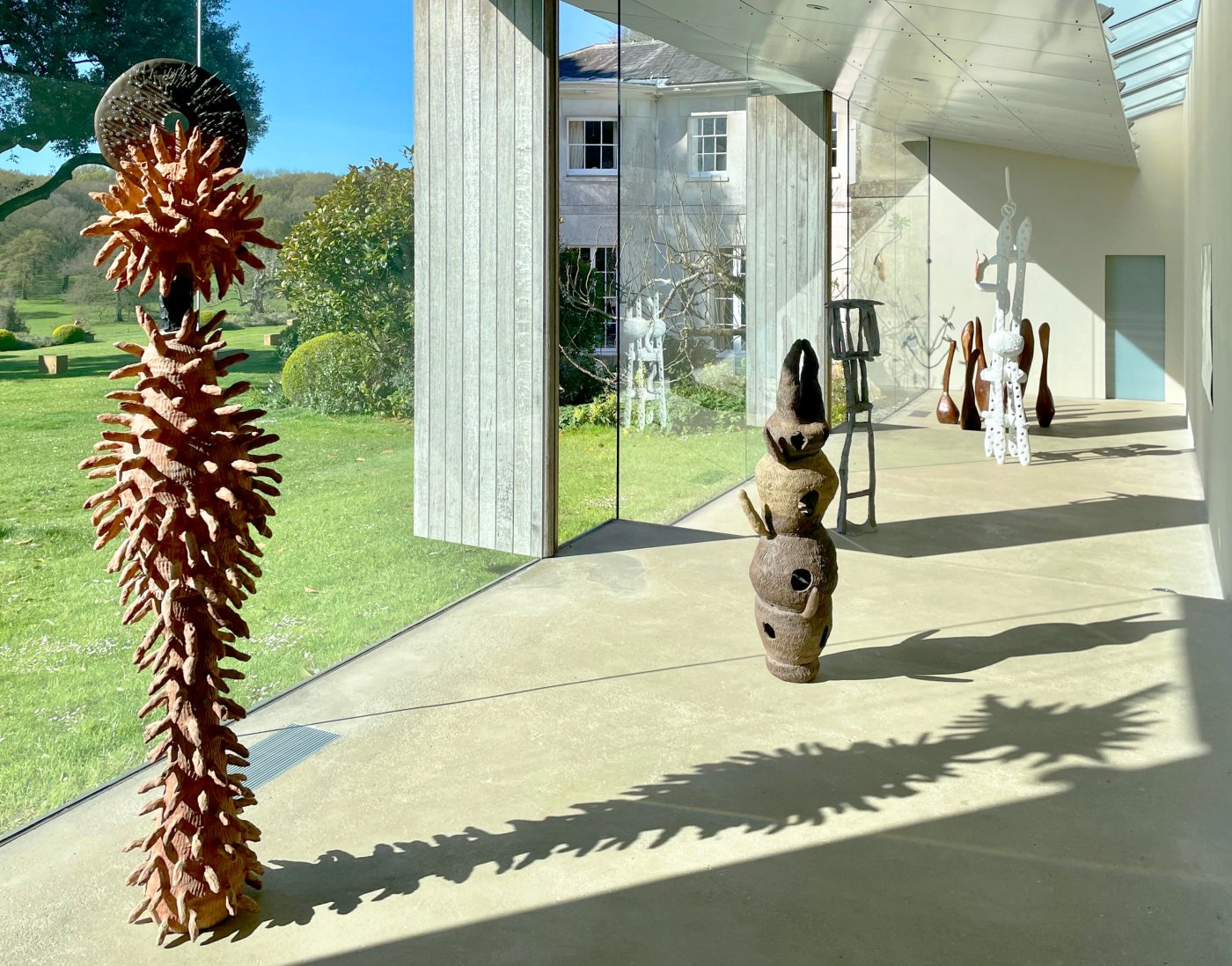 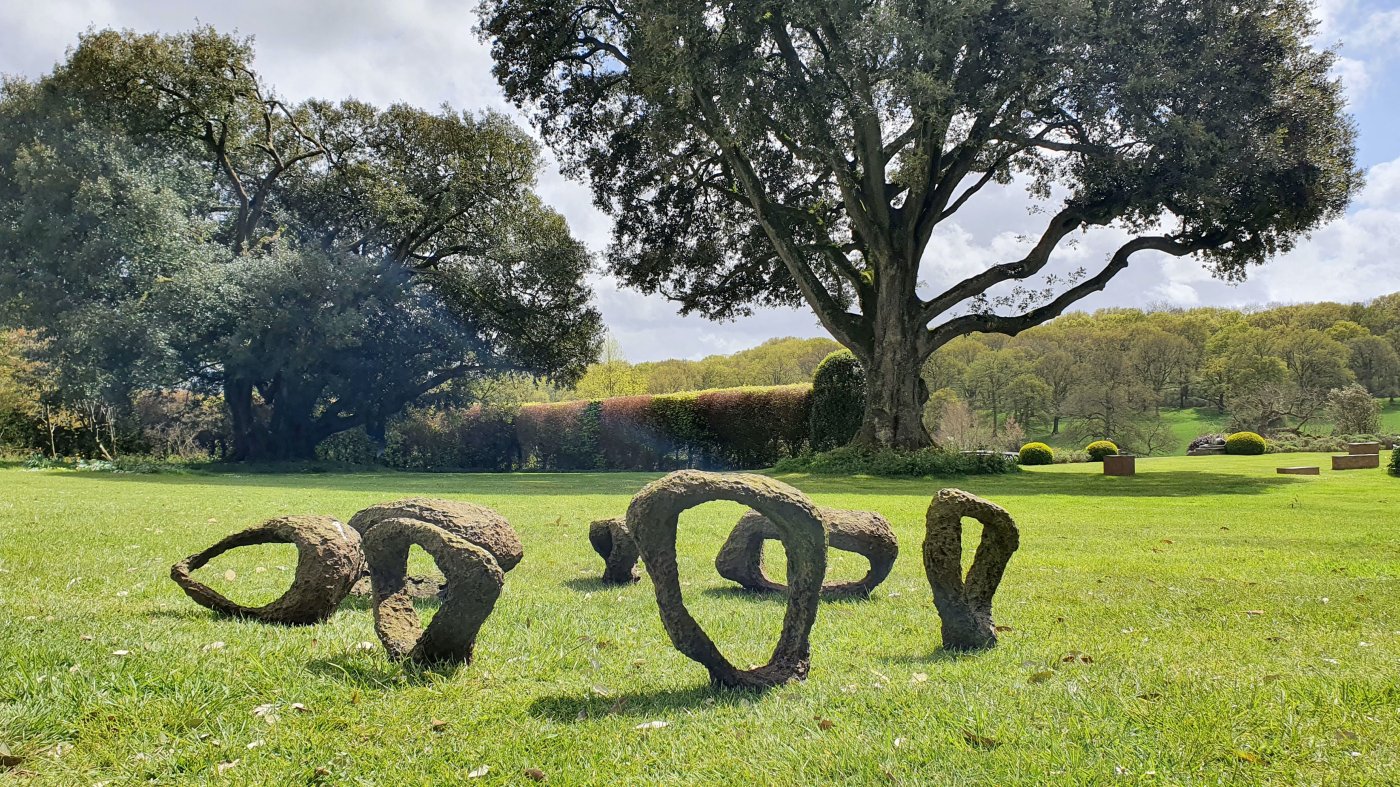 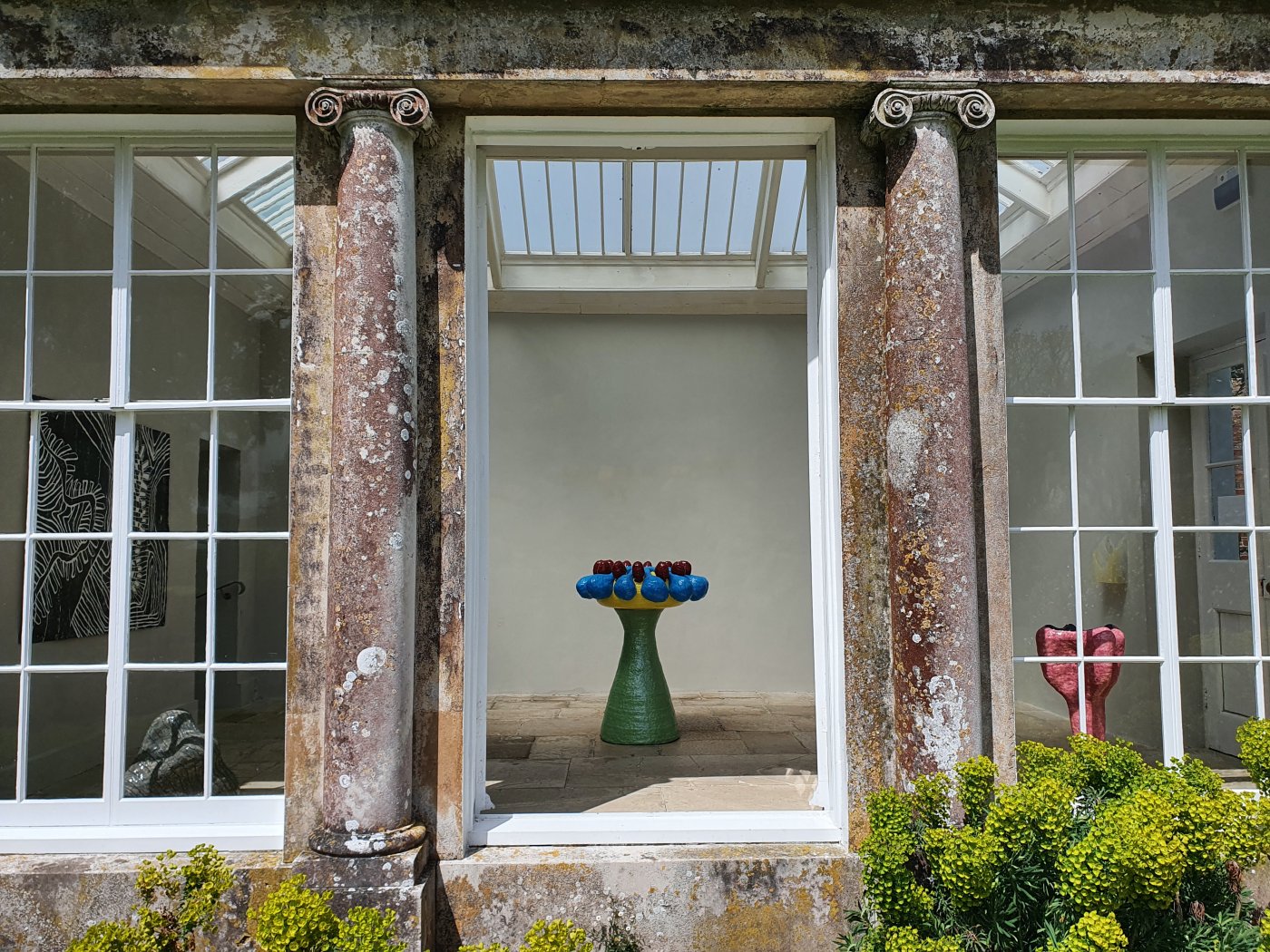 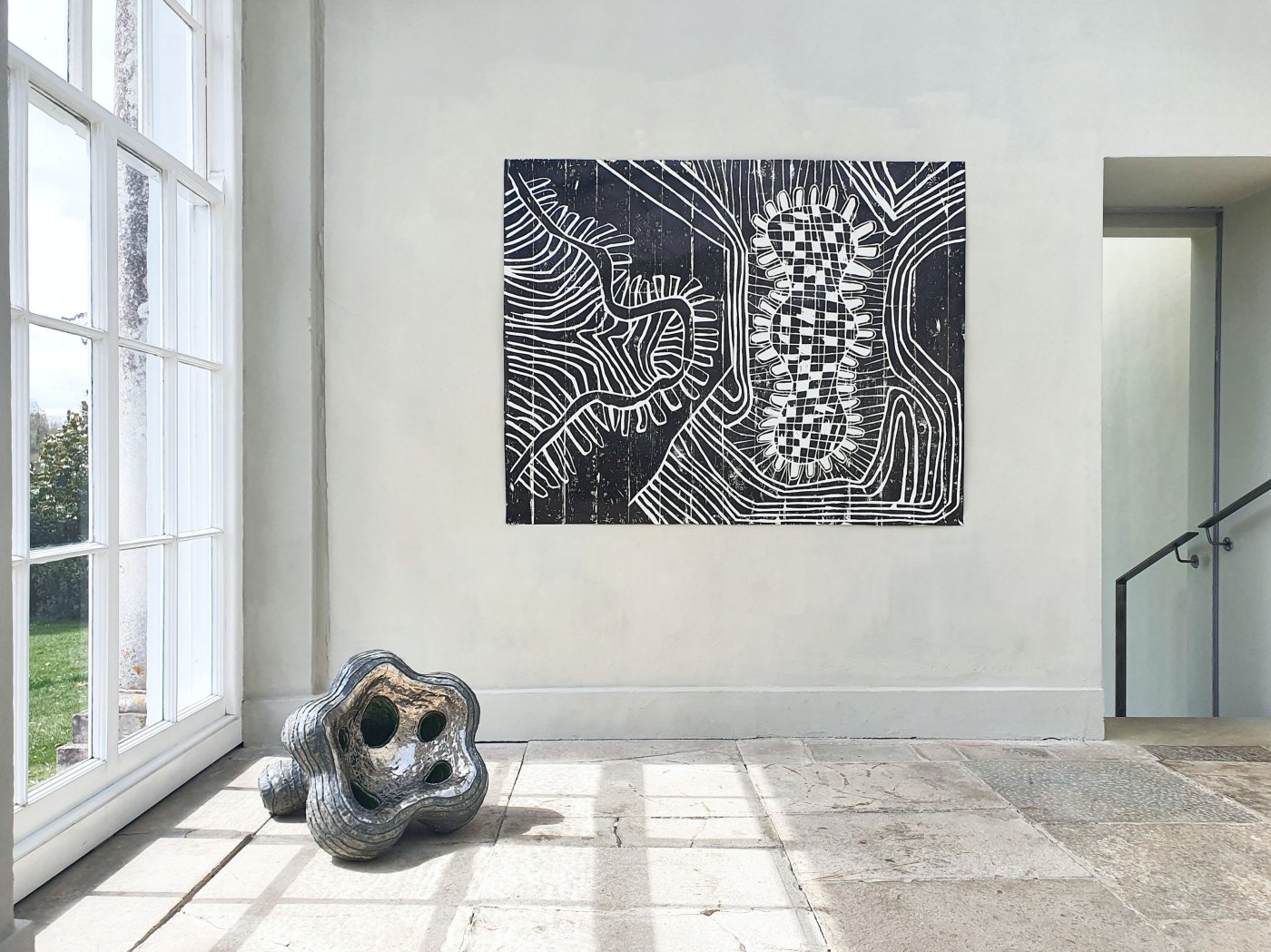 Including sculpture, woodcuts and ceramics representing his experimental, process-driven and materially-focused approach, the show exemplifies the breadth of his work from the late 1970s to the present day. Brought together for the first time, these works communicate Pope’s comic yet deeply contemplative take on the fundamental aspects of what it means to be human.

Heavenly Space coincides with two other exhibitions of Pope’s work in the UK; at the Holburne Museum, Bath, and The Sunday Painter, London, the three concurrent exhibitions together offer an unprecedented overview of his unique contribution to sculpture. Pope (b. 1949, Sydney, Australia) represented Britain at the 1980 Venice Biennale, and previously showed at the New Art Centre in 2013.

Nicholas Pope’s 50-year career is characterised by an ongoing exploration of the limits of materials, in which a sincere sense of the pleasure of making is made manifest. In the New Art Centre’s glass-fronted Gallery, imposing, large-scale sculptures made from materials ranging from terracotta, wood and aluminium are presented. The titles of the works, such as The Vicar (1997) and Heavenly Space (1991), allude to Pope’s interest in a world view ordered by religious beliefs. Though abstract, the height of the sculptures attributes an element of humanity to these pieces, as if they are spiritual icons. The cavernous nature of the Gallery space, its tall ceilings, and the way it allows in natural light, cultivate a metaphysical quality that parallels these spiritual concerns.

Palpable in both The Vicar and Heavenly Space – which retain the natural qualities of wood and aluminium, respectively – is a curiosity towards and respect for materials. After graduating from Bath Academy of Art in 1973, Pope travelled around Romania, learning carving techniques from village woodworkers. Furthermore, following his acclaimed presentation of carved sculptures in the British Pavilion at the Venice Biennale in 1980 at the age of 31, Pope ventured to Tanzania to learn from traditional woodcarvers, the Makonde. While there, he contracted viral encephalitis that went undiagnosed for several years until the ensuing illness and its repercussions led him to stop working entirely between 1987 and 1991. Pope credits this difficult period with giving him a greater boldness to quickly follow through ideas and put any hesitation to one side.

In notable contrast to the reverent quality and muted, natural tones of the sculptures situated in the Gallery, a selection of Pope’s flamboyant and colourful ceramic sculptures are presented in the Orangery – a contrast which epitomises the variety, experimentation and ingenuity of Pope’s career. Two examples are Silver Washbasin and Pedestal Washbasin (both 2002). Religious references are manifest in these works through their font-like forms, yet the shapes are asymmetrically curvaceous, amorphous, and consequently humorous, with bright glazes adding a further layer of playfulness.

In the gardens surrounding the Gallery and Orangery, Iron Holes (1978-2014), another of Pope’s early sculptures, sits in conversation with the indoor presentation. The simple forms of cast iron reflect Pope’s interest in traditional processes and human labour. The sculpture has a powerful abstract quality due to the spontaneity and imperfection of the ‘holes’, making it a clear contrast to the more anthropomorphic pieces in the Gallery. This difference epitomises the core of his work; that is his extensive interest in the potential of materials to communicate the ups and downs, the complications and the beauties of life.

Courtesy of the artist and New Art Centre, Salisbury