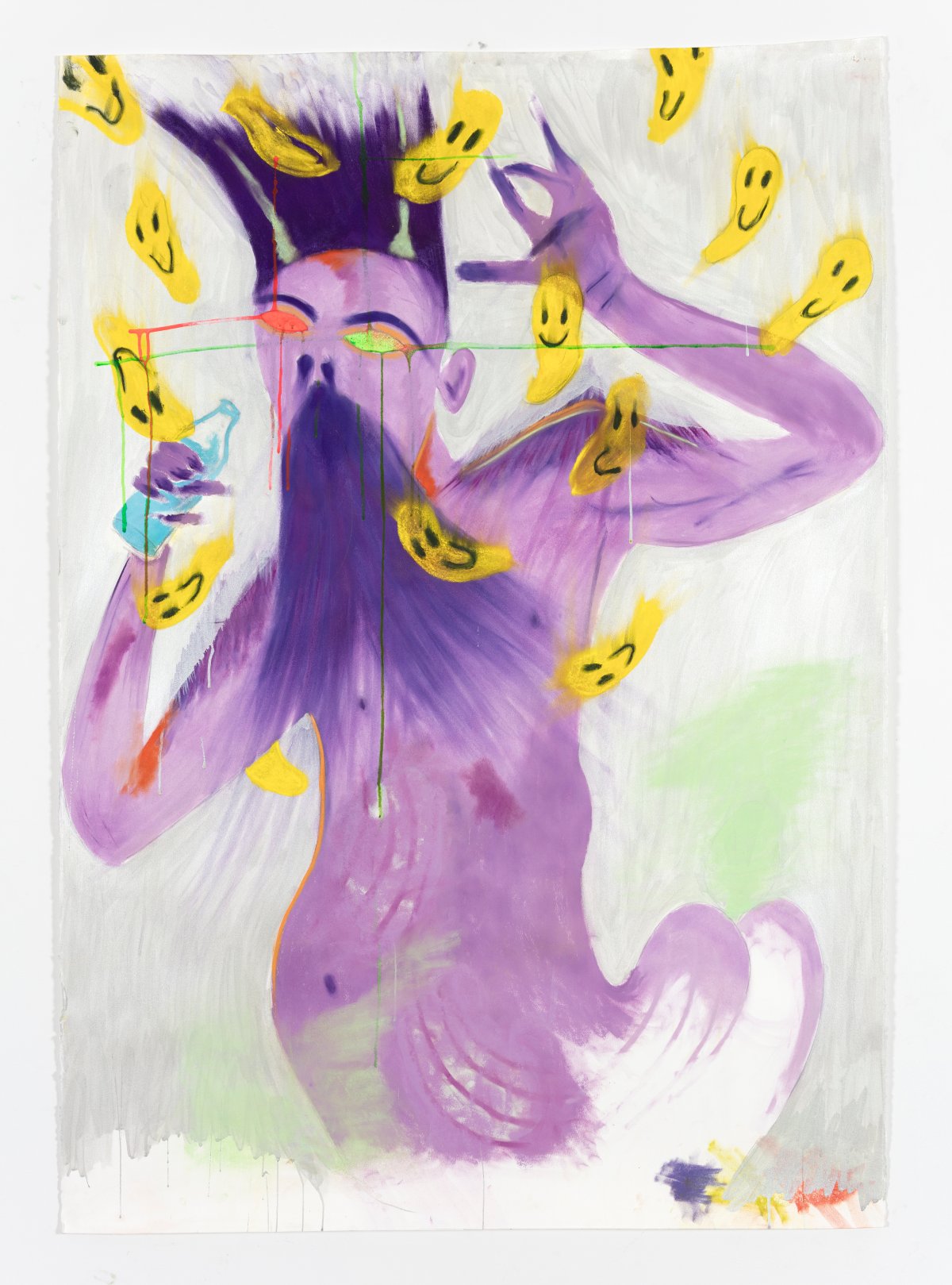 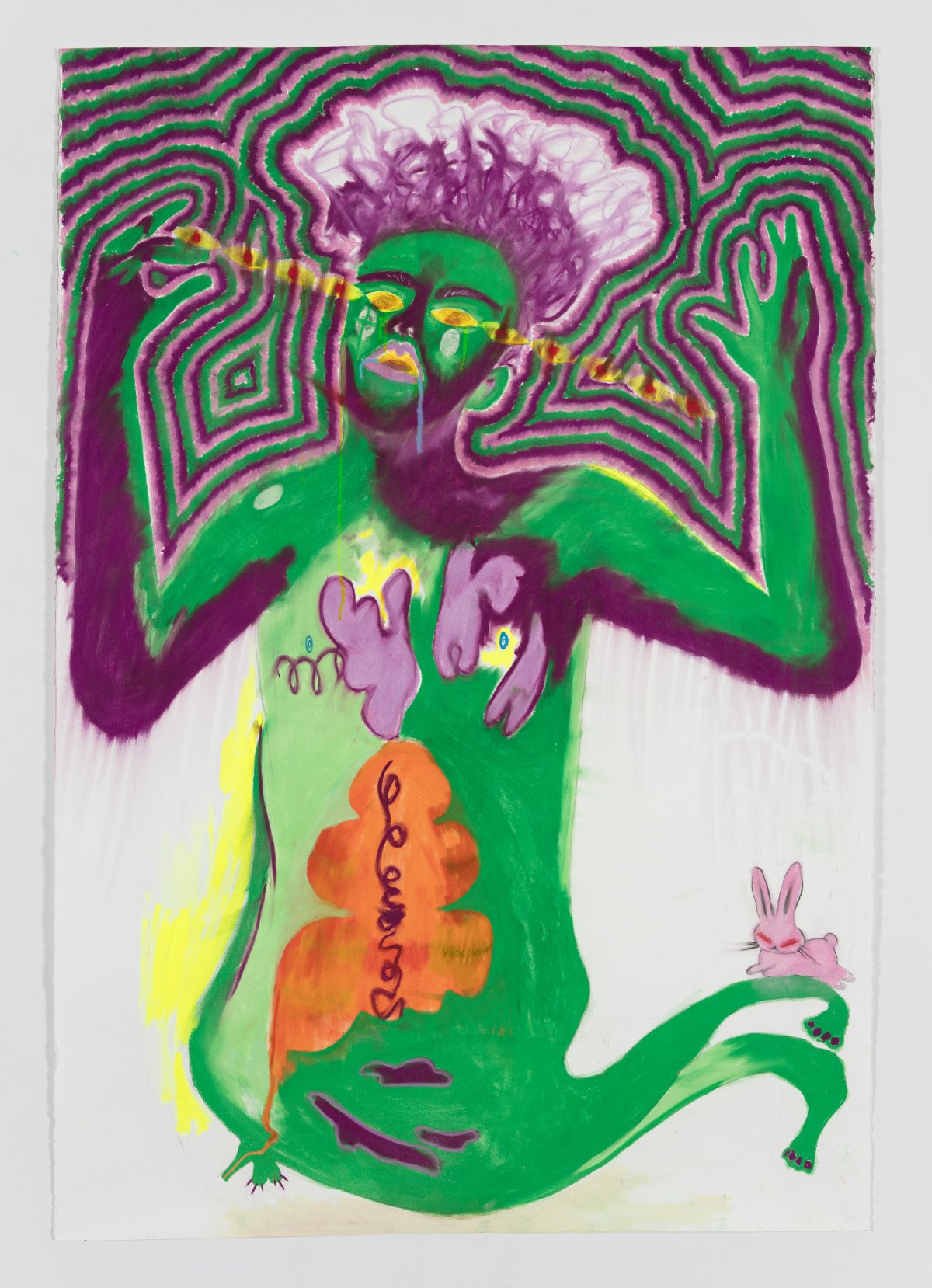 Nicanor Aráoz
I talk to god about how I feel, 2021 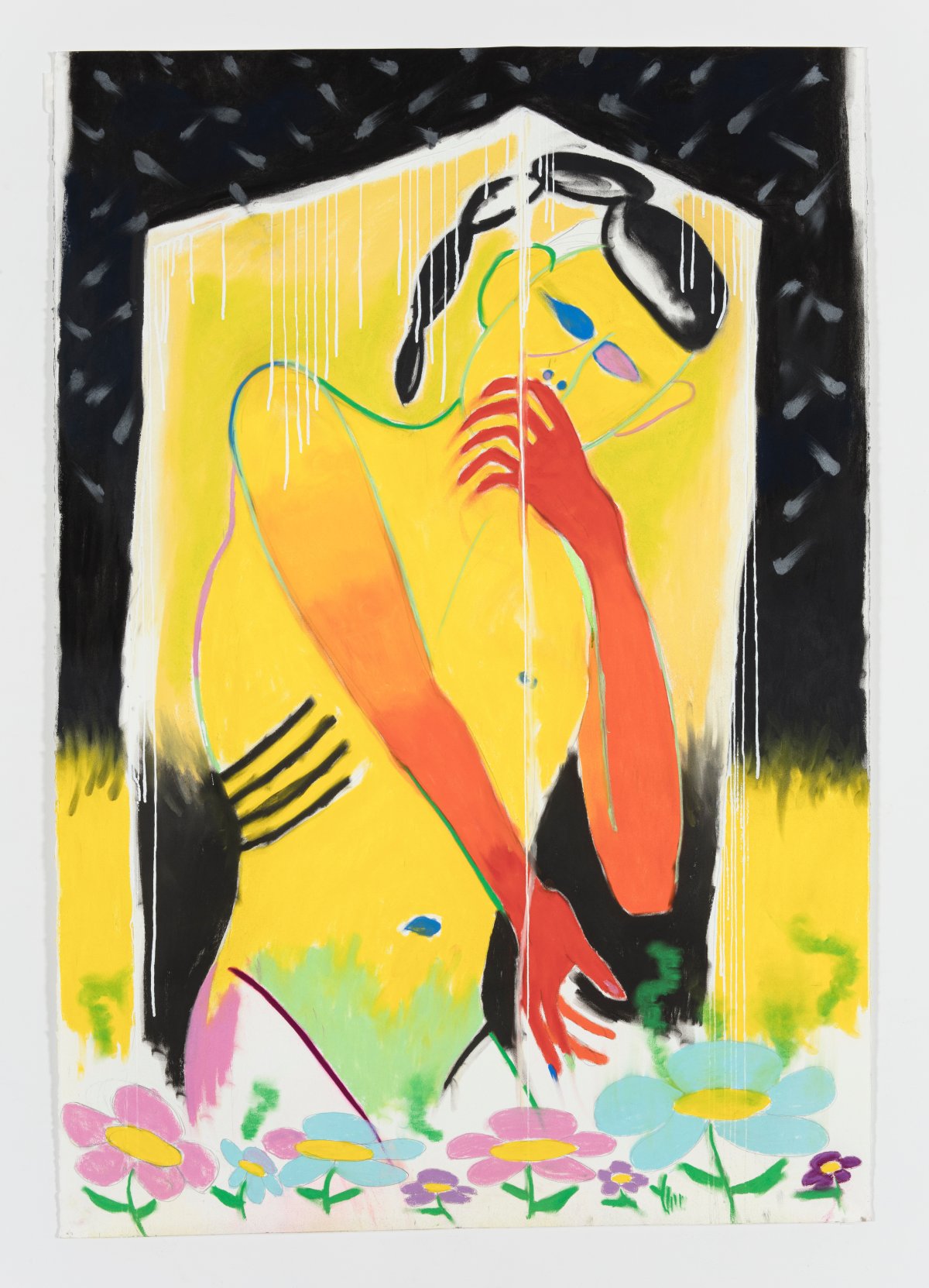 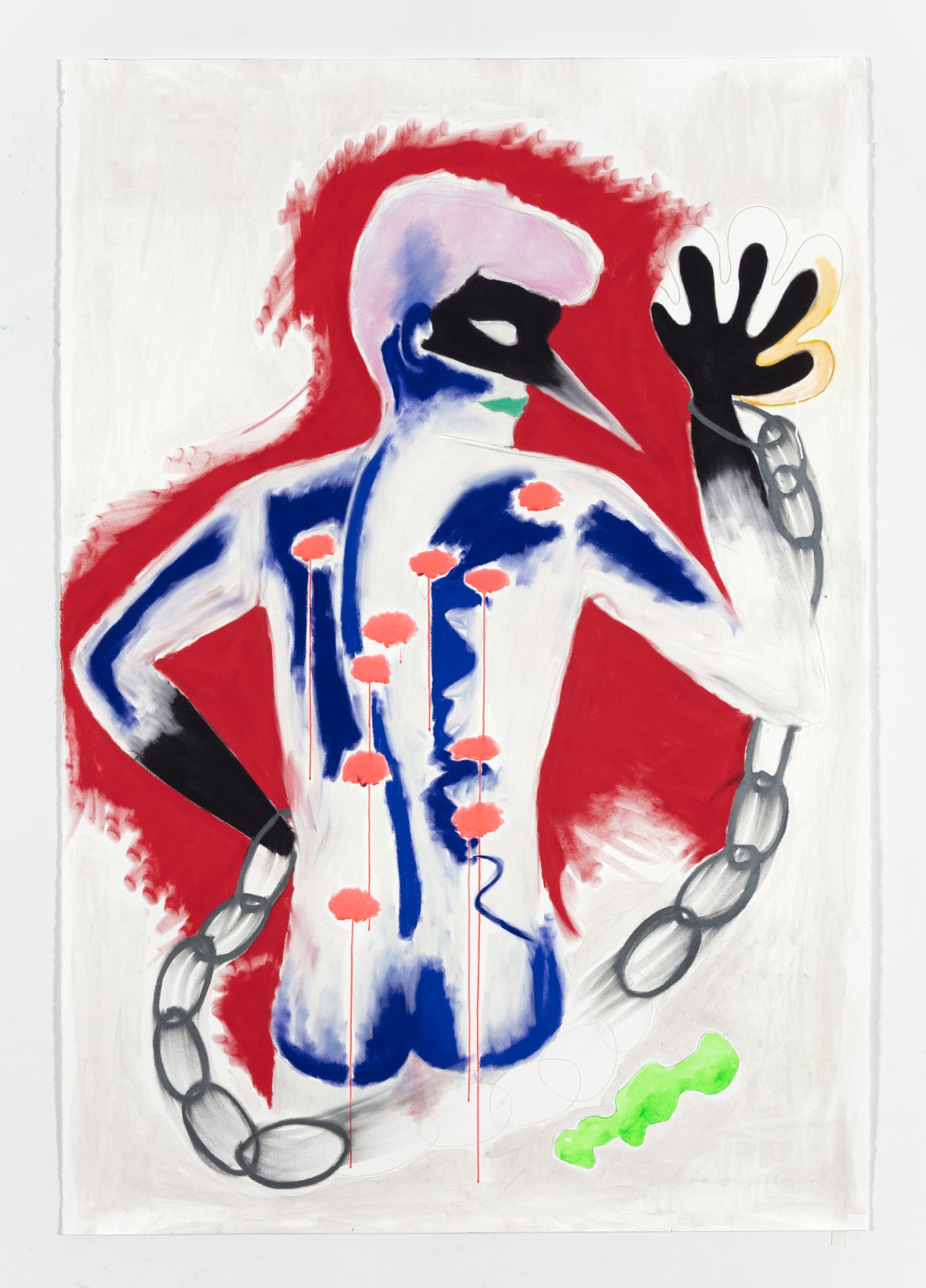 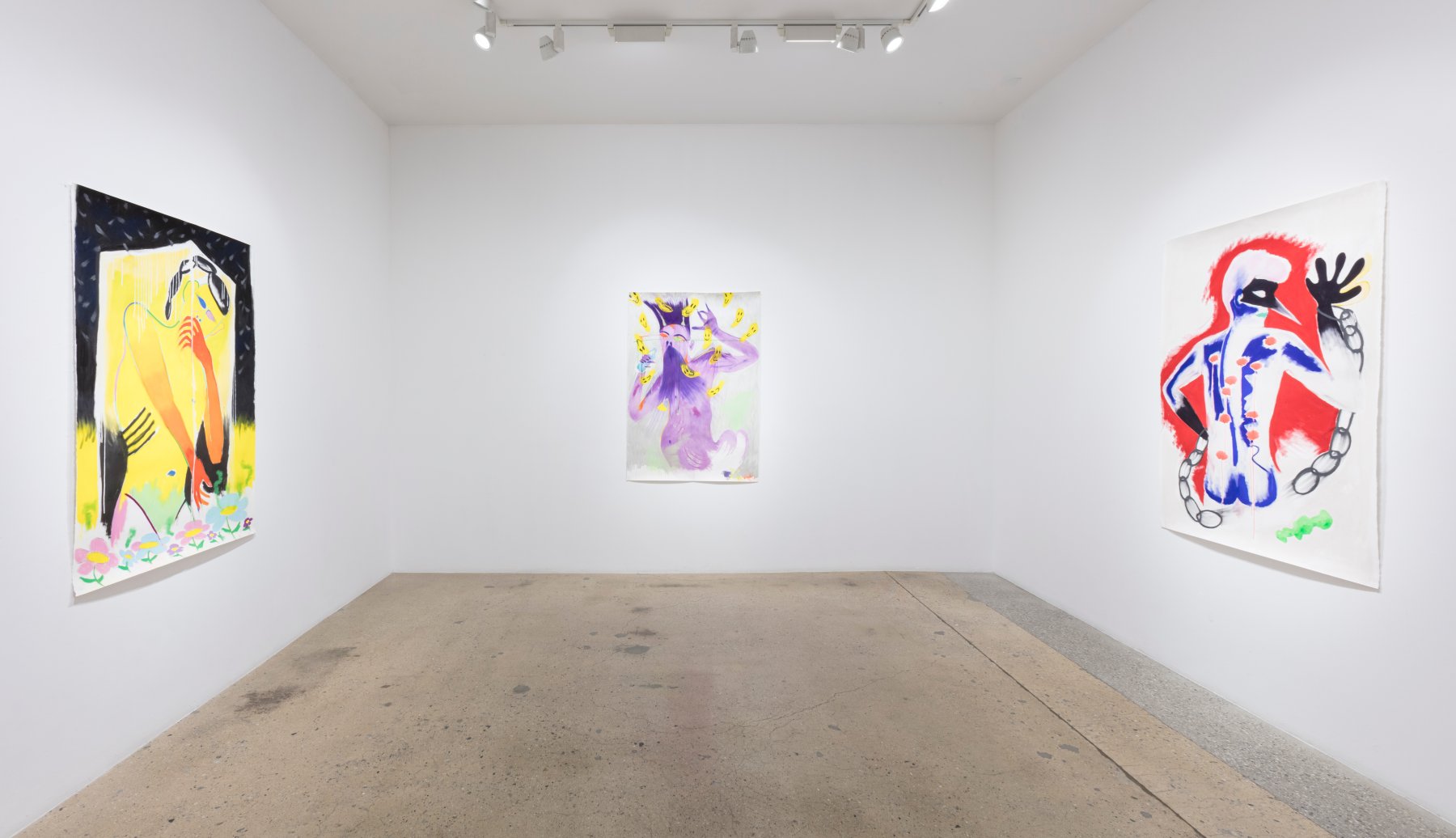 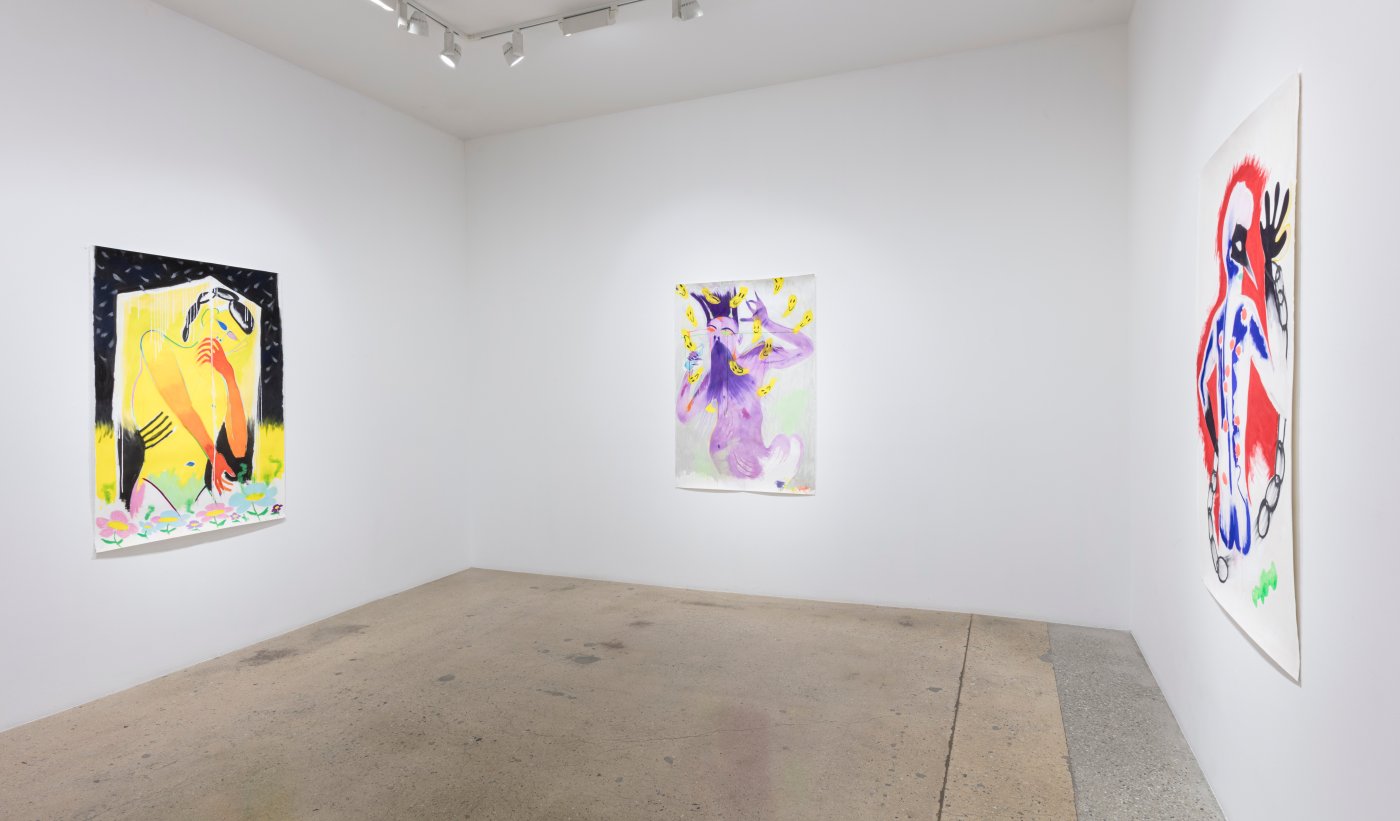 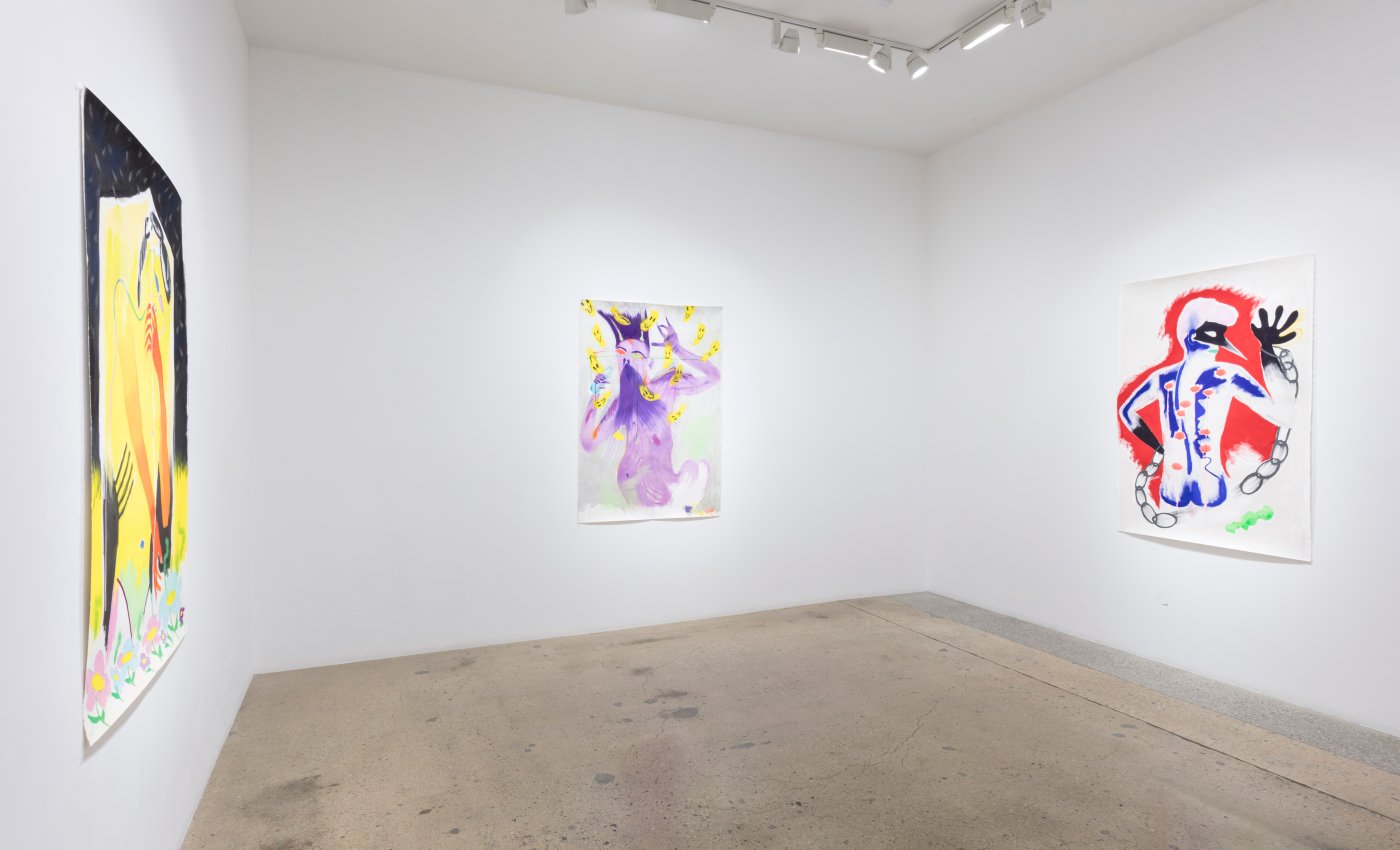 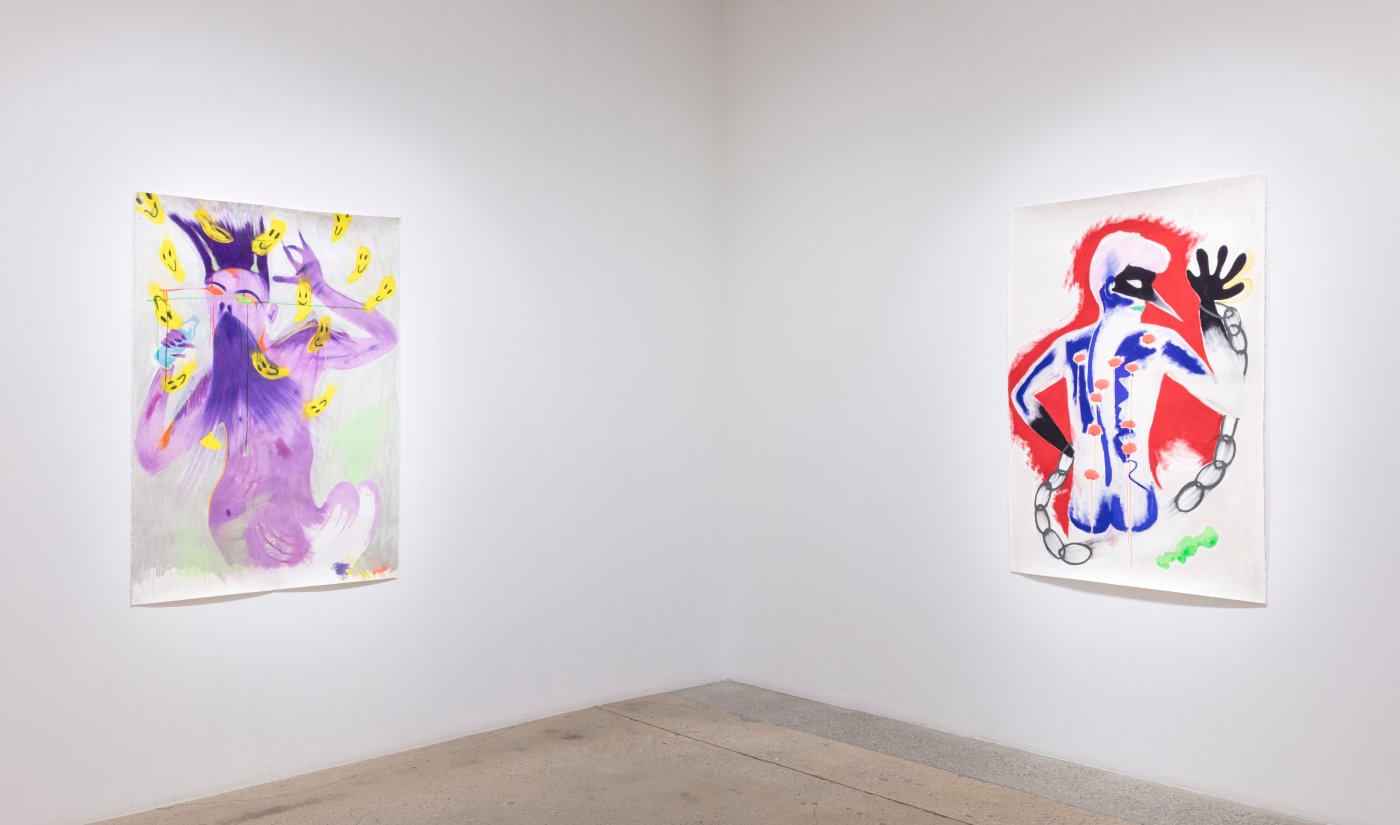 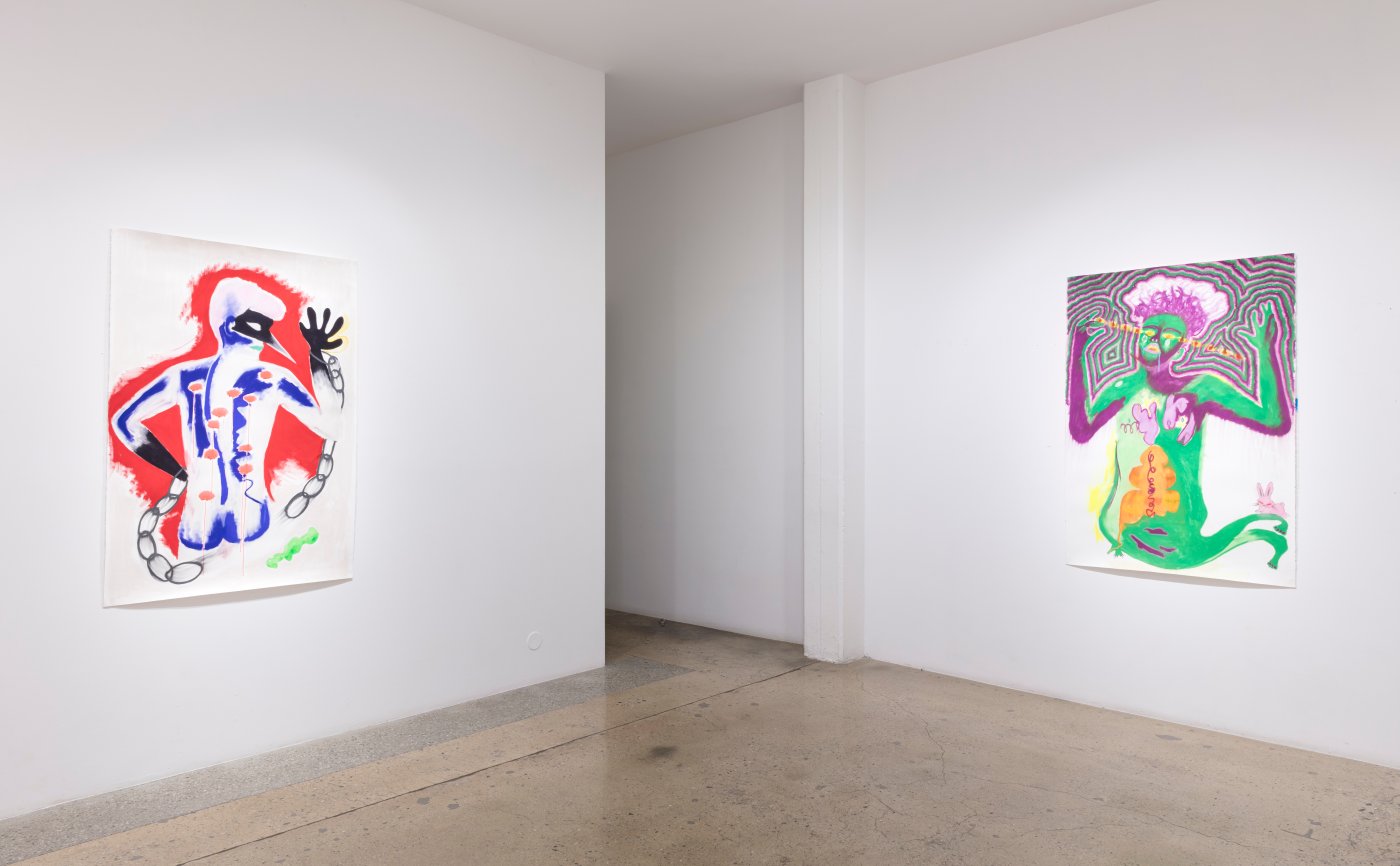 Dark and tortured, the figures seem to have been born in a nightmare and softened with details of hope and innocence such as smiley faces, flowers and a bunny. In this way, they encompass good and evil, health and sickness and purity and perversion. According to Aráoz, these figures portray the underground virtues of an irresponsible ego.