Galleri Magnus Karlsson presents the group exhibition Necessity at the gallery. The exhibition presents six artists, Duda Bebek (Sweden), Clara Gesang-Gottowt (Sweden), James Morse (US), Daisy Parris (UK), Mohammed Sami (Iraq) and Alejandro Sintura (Colombia). They all belong to a generation of artists born at the end of the 20th century who explore the possibilities of figurative painting. 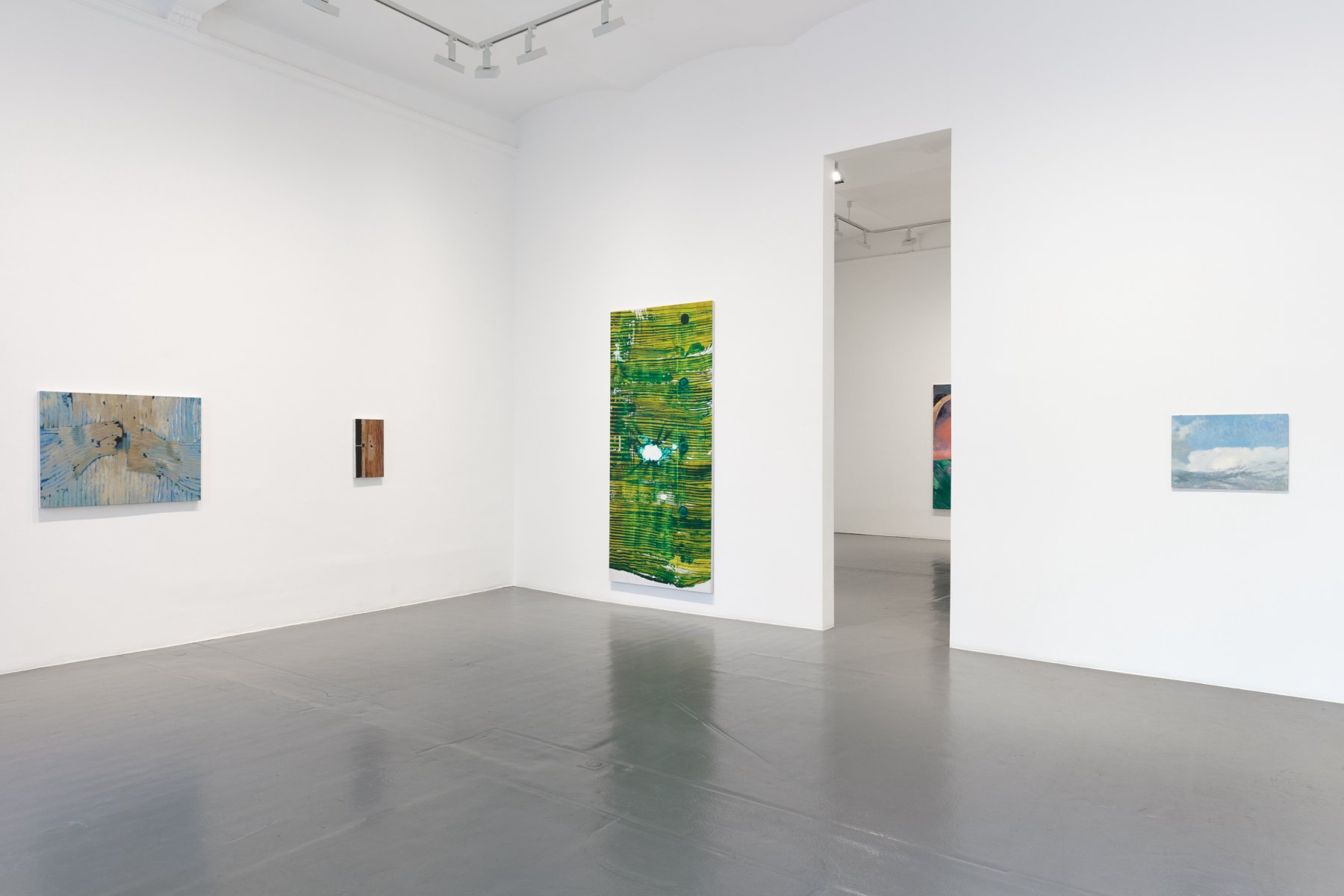 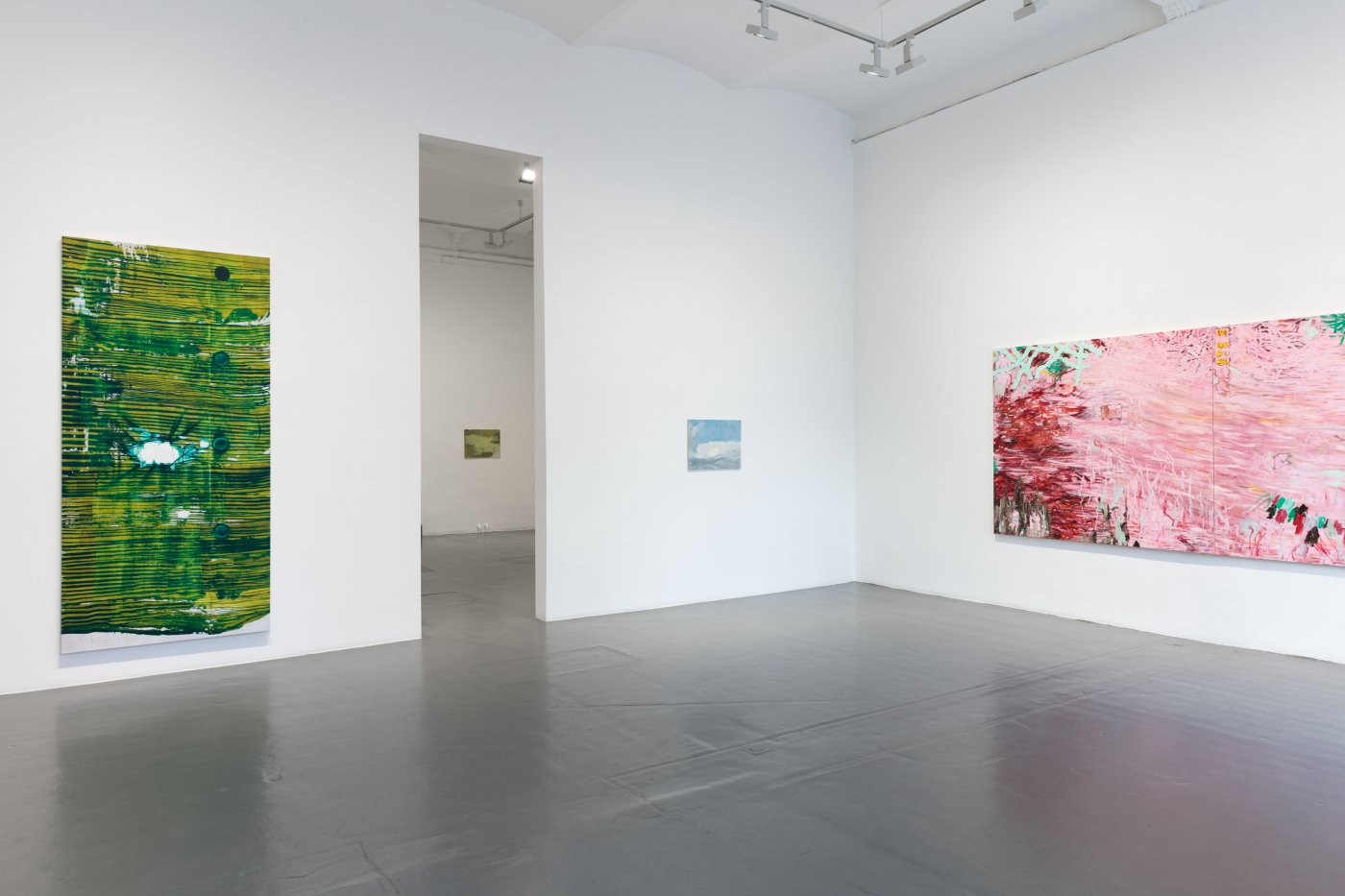 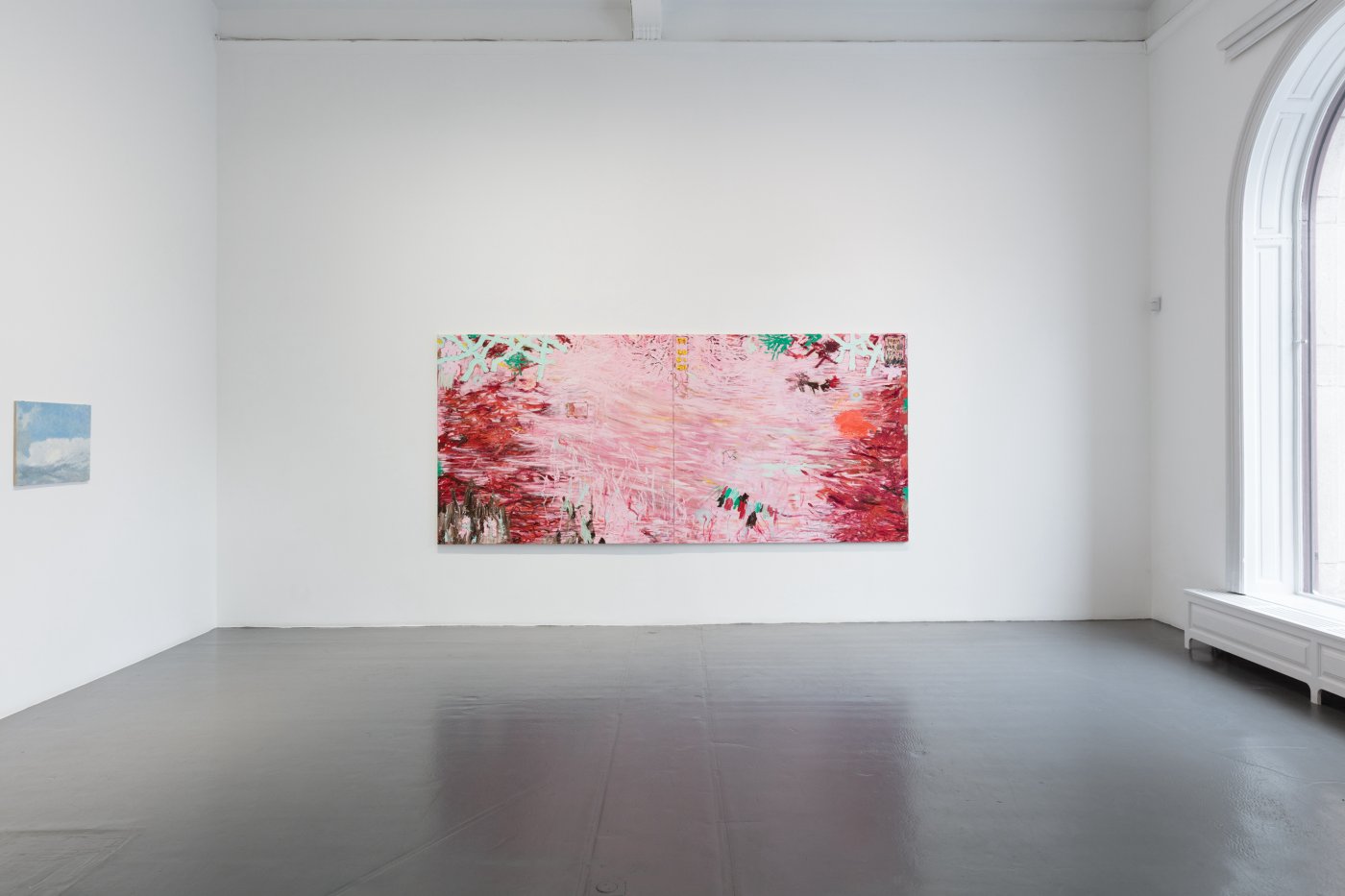 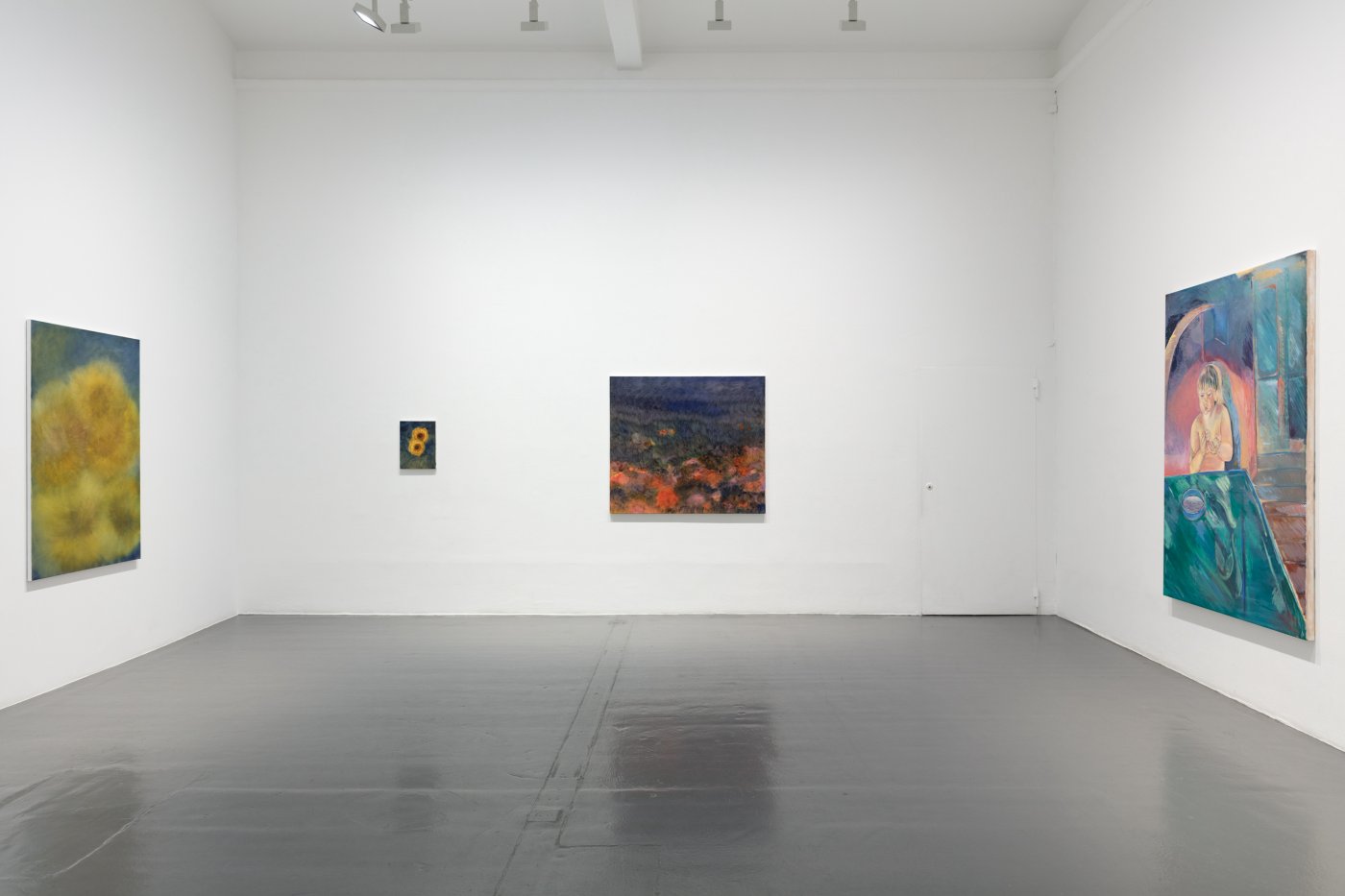 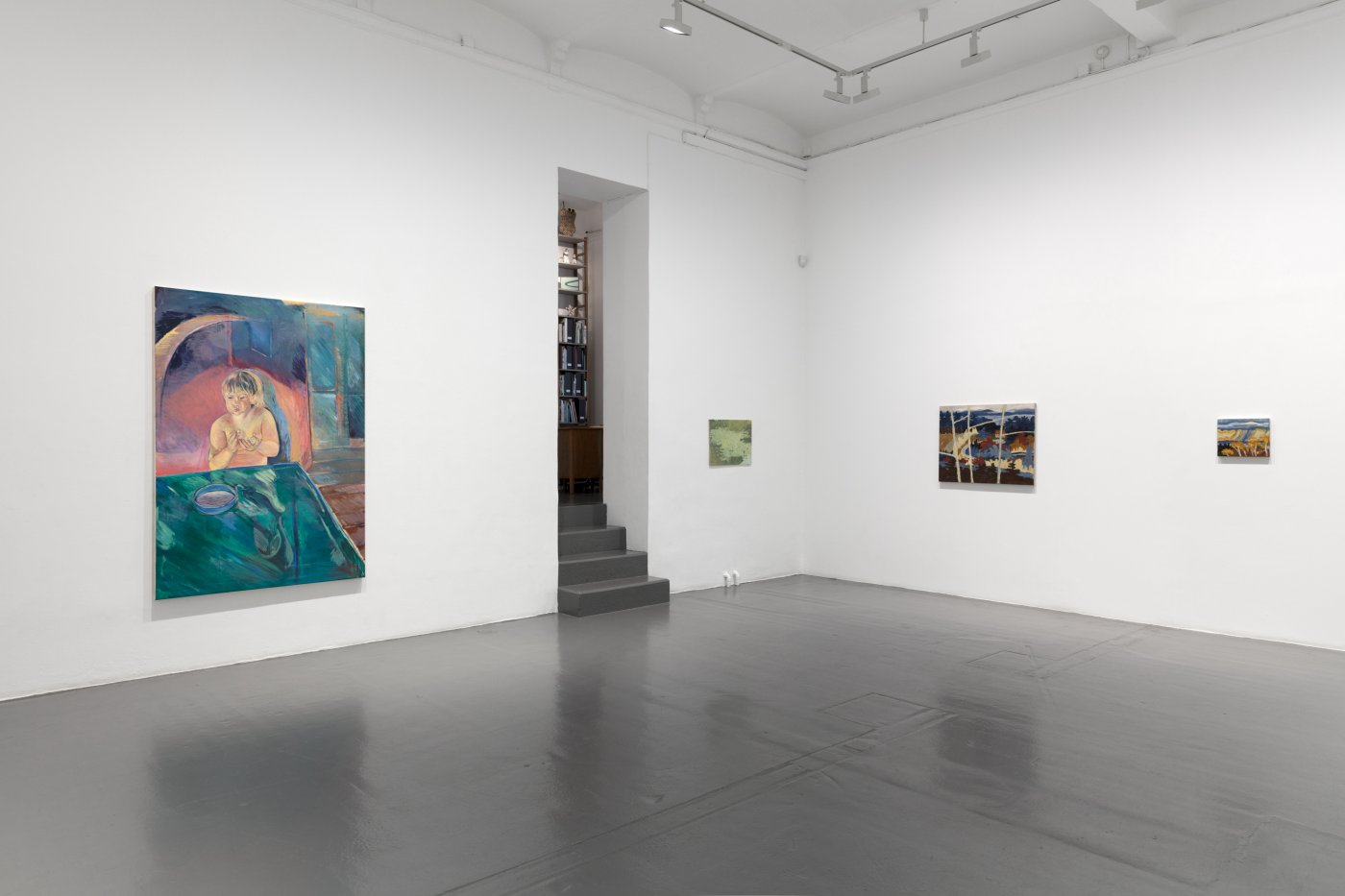 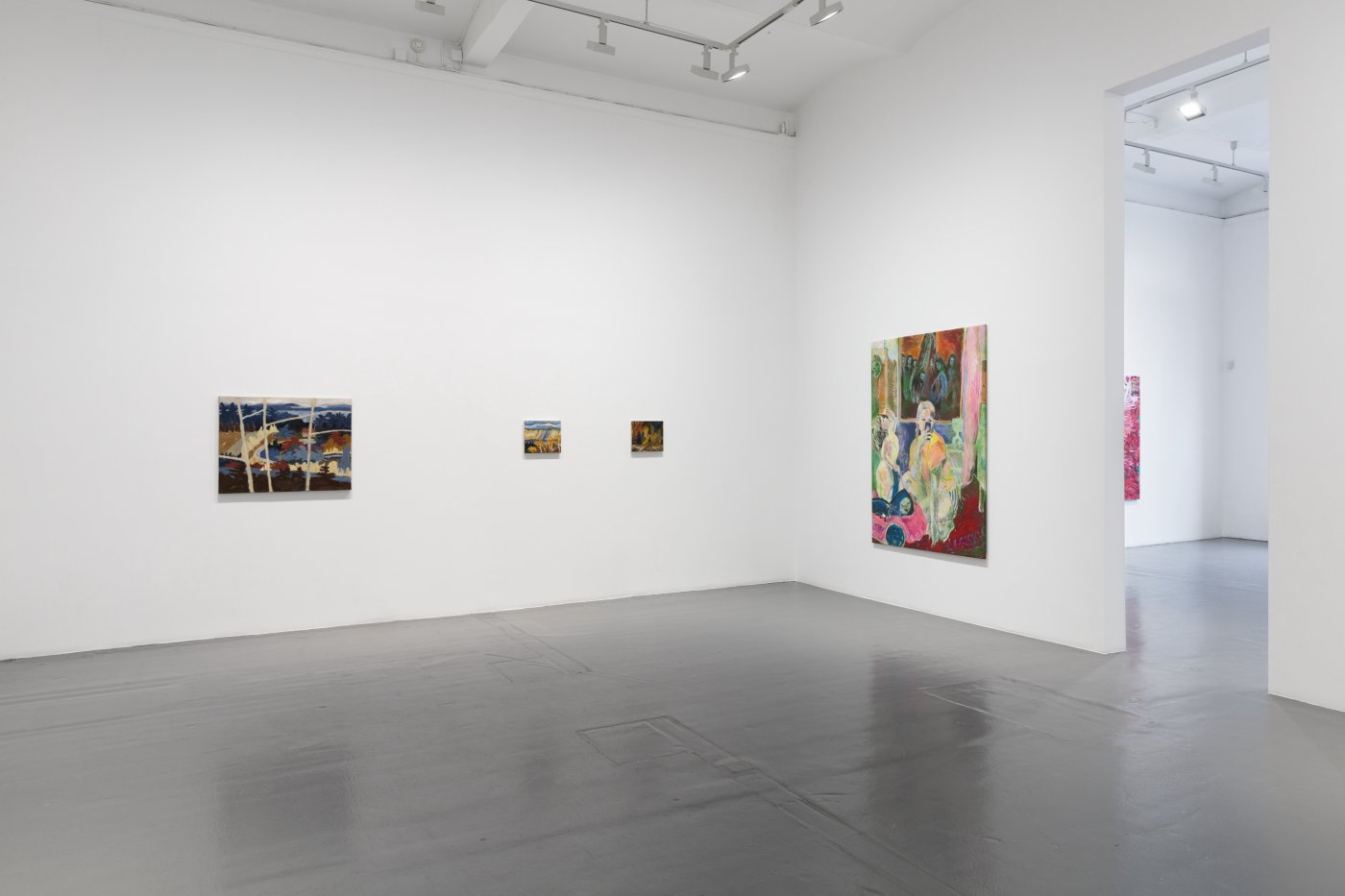 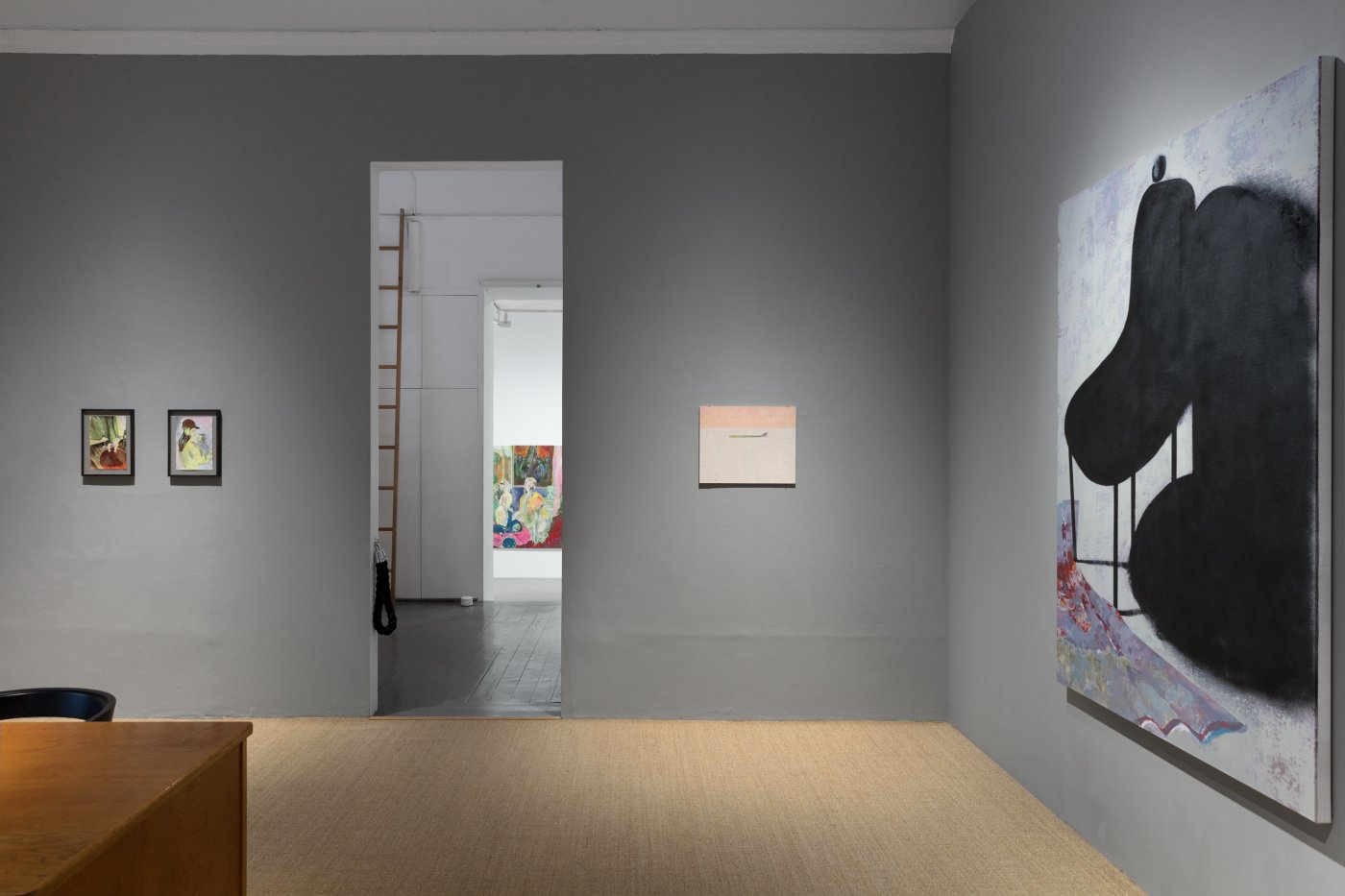 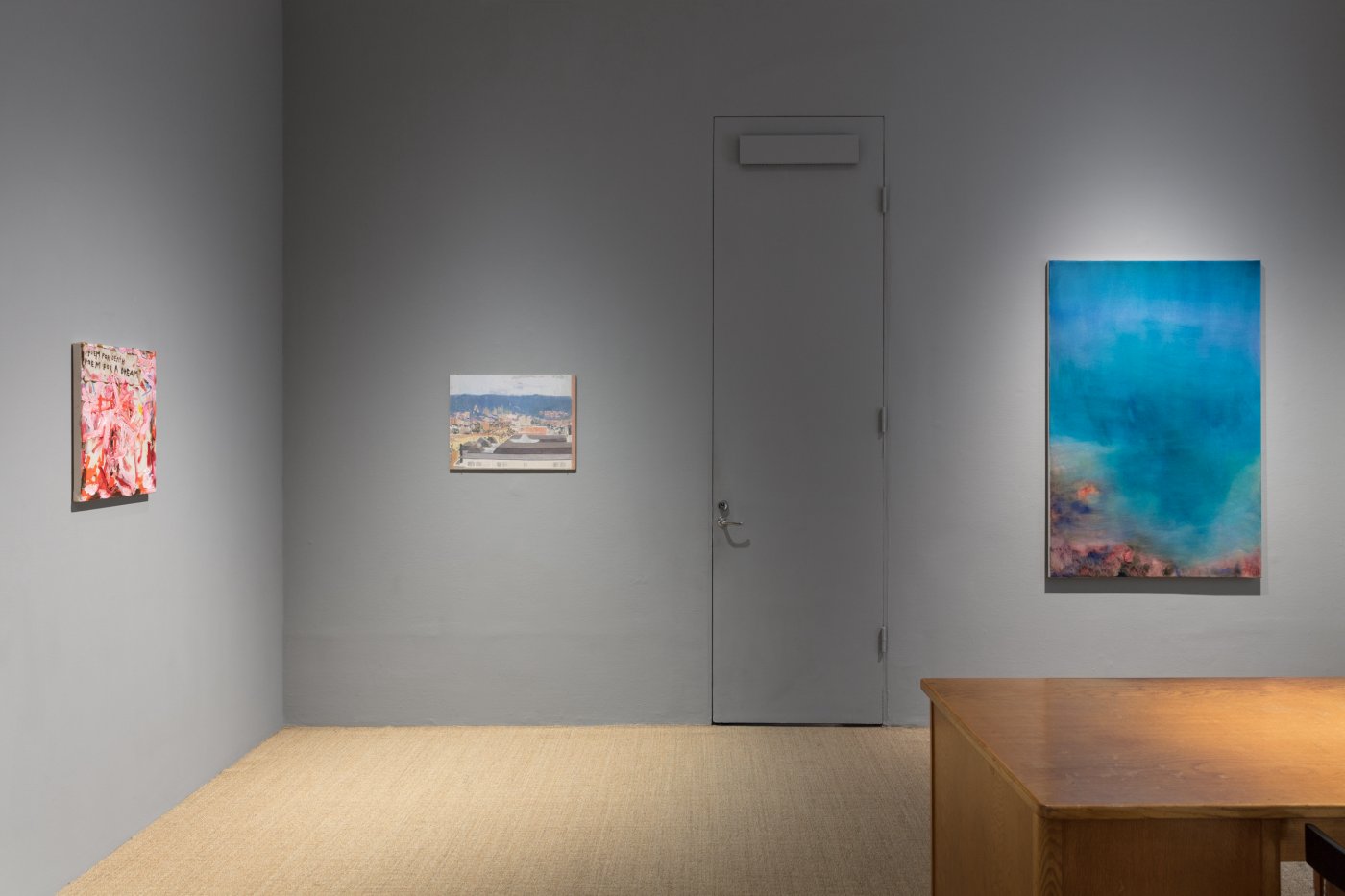 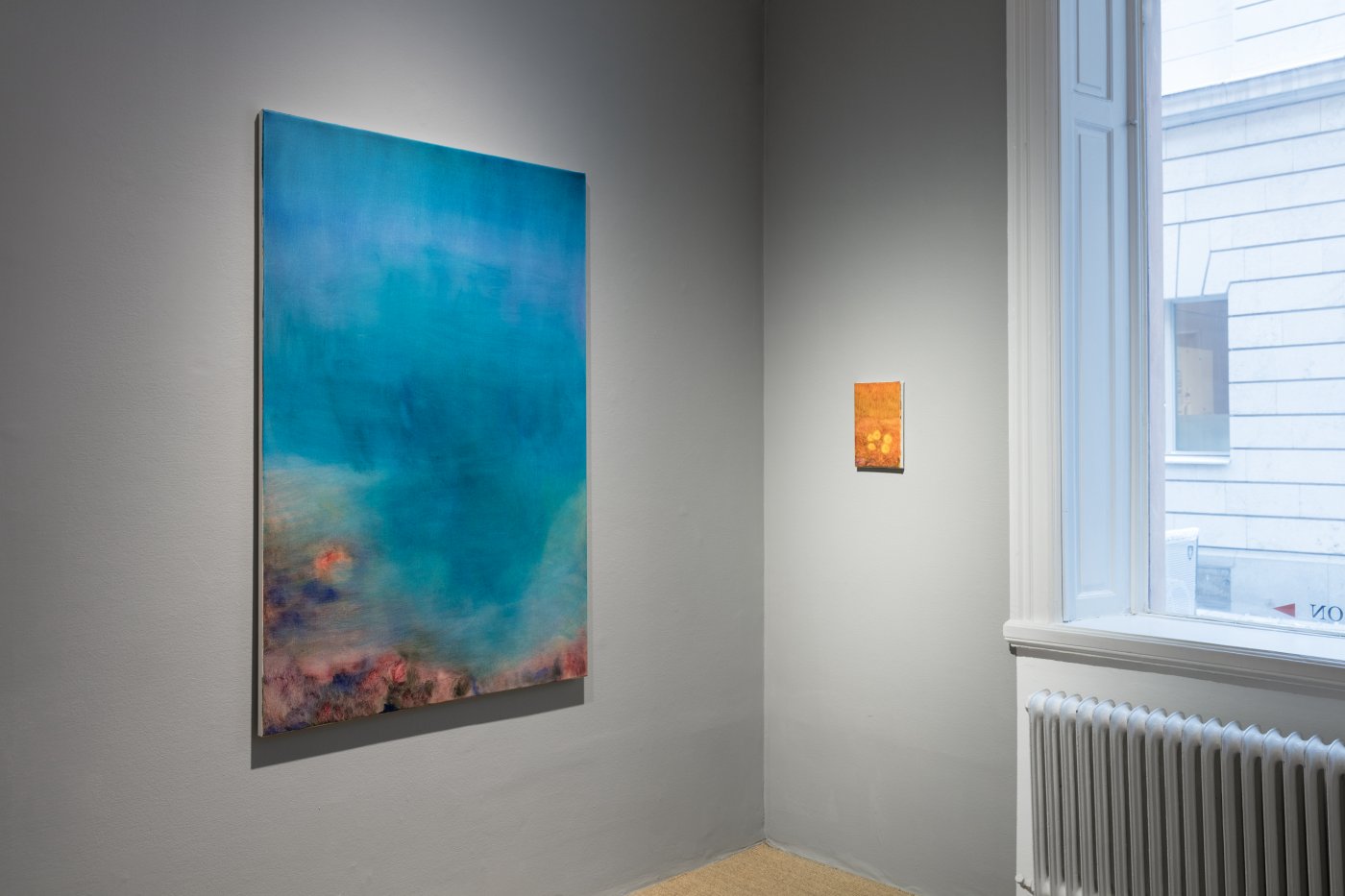 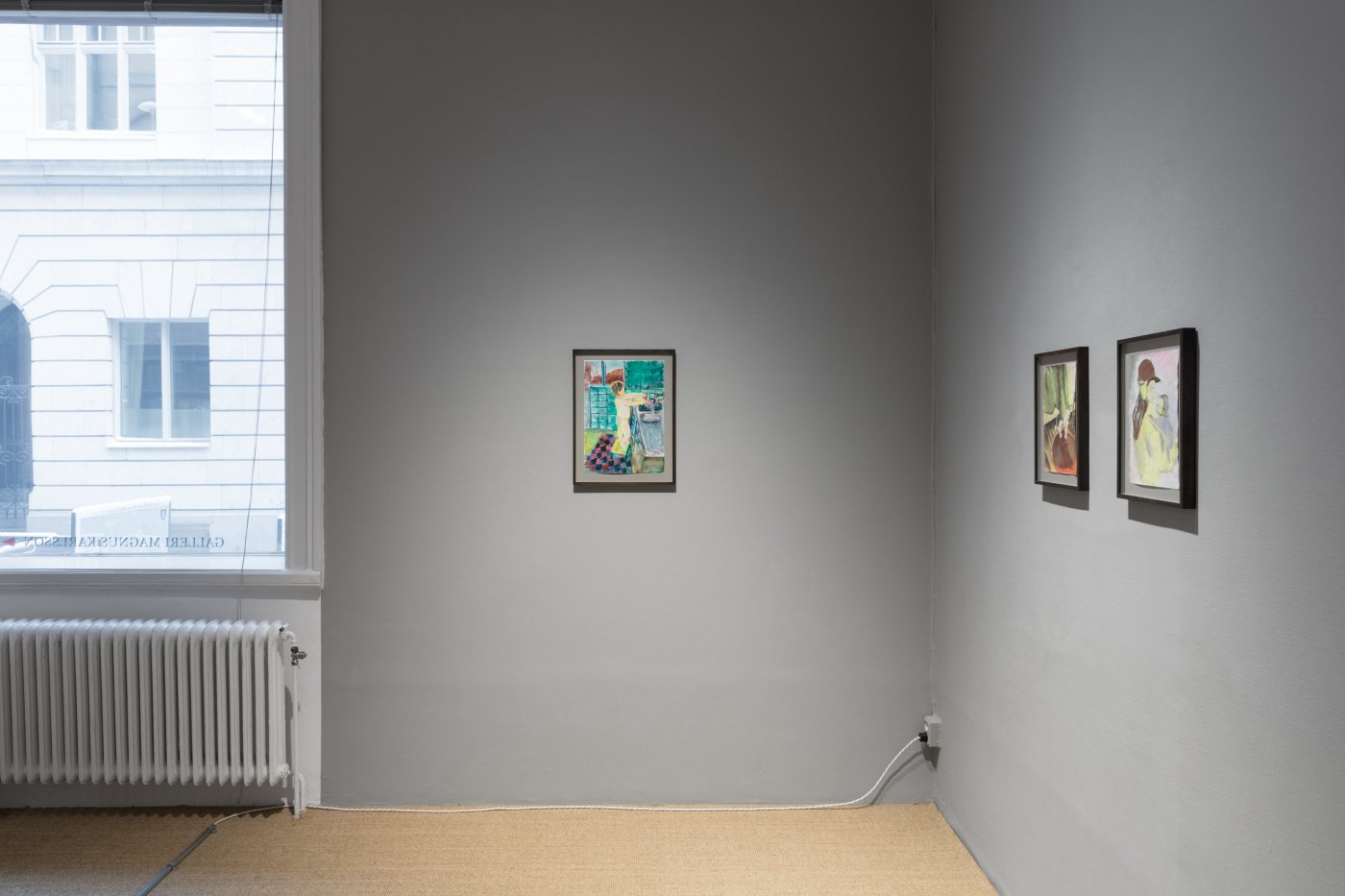 The six artists have different backgrounds and work in a wide variety of expressions and techniques. The delicate and contemplative are mixed with the violent and self-disclosure. In the meeting between the extremes, the experience of the personal address and the urgency of the story are reinforced. The artists have a common denominator in the need to express themselves through painting. It is a language that makes it possible to relate to the outside world and be able to process personal narratives. The act of painting creates the conditions for returning to memories, illuminating the present and relating to both the outer and inner landscape.

Painting as a means of expression is a unique opportunity for the artist to communicate with a viewer through time and space. What the artist says in confidence in front of the canvas or panel is encapsulated and meets the viewer on a direct and personal level. The medium has managed to stay relevant throughout history and still contains seemingly endless possibilities for innovation. In our time, where art as well as social interaction is more often experienced online, the physical experience of painting is an increasing necessity.
–Magnus Karlsson

Duda Bebek (Sweden, b. 1983) lives and works in Stockholm, Sweden. Bebek’s work depicts the psychology of human emotional life and the encounter or clash with our modern society. The paintings invite the viewer to dark corners of life, where iconic forms and mythological characters merge into a dysfunctional harmony. Contradictory but at the same time fully functional in the painting’s own universe. Bebek’s imagery is inspired by both classical art and the visual language of social media.
I work with repetitions of an emotional problem or condition, through ”trial and error” I try to reach a point where the painting becomes autonomous and logical in its physical form. The paintings shown in the exhibition are portraits of the child painted from the mother’s perspective, where the mother’s own story and psychological drama are also visualized. The child is a part of her but at the same time in the middle of a process and a quest to become independent and find its own identity.
–Duda Bebek

Clara Gesang-Gottowt (Sweden, b. 1985) lives and works in Lund. Gesang-Gottowt’s paintings contain an intense and concentrated silence, where memories, bodily experiences and psychological moods are stored on the surface of the canvas. She uses prosaic and timeless motifs as a starting point in a nearly abstract painting. Her intuitive painting process is not only a way to remember the past, but also a way to understand and react to the present. The finished works depict, like the memory, a state of appearance or disappearance.
I like how the paintings change in daylight and how different parts and colors appear every time you look at them. I strive for an imagery that is inconstant and invites the gaze to wander around the canvas. Which allows motion to exist within the stillness.
–Clara Gesang-Gottowt

James Morse (USA, b. 1982) lives and works in Northport, Michigan, USA. Morse resides in closeness to nature, and the land itself is the main character his paintings. The works do not depict what he sees, but are rather a visual registration of how he experiences the encounter with the landscape. The paintings are physical constructions built of paint, which do not strive to be illusions of perceived beauty. He uses the image of nature as a metaphor and as a language to contemplate our existence.
Emotions arising from interaction with the landscape are intuitive reactions to the world that do not require conscious reasoning. These are the ancient emotions, whose origins are prior to the invention of vocal language. A wide, clear field feels calm. A small lake enclosed by trees feels safe. Birds returning in the spring bring relief from the worry that winter will never end. The moon’s soft presence is like the comfort of friendship. Approaching storms stir helplessness, awe, and anxiety. Mature trees ill with blight stand as reminders of the cyclical process of growth, death, decomposition, and the nourishment of new life. We wonder what is down the road, over the hill, or around a river’s bend. The mirrored reflection on the surface of water inspires us to contemplate our inner selves.
– James Morse

Daisy Parris (UK, b. 1993) lives and works between London, UK, and Stockholm, Sweden. Parris’ large-scale, vibrant paintings can be seen as the product of the work-through of personal battles and victories. By the act of painting, Parris processes past experiences and uses the canvas as a form of psychological self-portrait. The paintings have a striking presence and are charged with violent force. They urge the viewer to feel as strongly as Parris did during the process of painting.
I want them to feel some sort of energy and that could be an inkling, a tiny connection between humans, from one human to another. Obviously, it’s passed through the surface of a painting but that is just one way of connecting with other humans. I want them to feel some energy or some hope or just a point of reflection, a place they can slow down and reflect and lose themselves in colour.
–Daisy Parris

Mohammed Sami (Iraq b. 1984) moved from Iraq to Sweden in 2007. He now lives and works in London. Sami’s autobiographical paintings explore the belated memories that can be triggered by everyday objects and environments. In traditional motifs such as still lives, interiors and landscapes, Sami reconnects to his own memories of war and trauma. The suggestive, multi-layered images are distanced and tell a larger story that is of relevance to all of us.
Painting is the means by which I engage the traces of personal memory. Memories are curious things, sometimes they masquerade as shadows, objects, smell or even something banal, without revealing themselves as memories.
–Mohammed Sami

Alejandro Sintura (Colombia b. 2000) lives and works in Bogotá, Colombia. Sintura’s paintings depict the richness of simplicity. Based on his own memories and observations, Sintura works to understand and relate to his surroundings. The motifs are unpretentious and prosaic – everyday still lives, views from the studio window or details of landscapes – and depict the fragility of the moment. By carefully studying how light falls at a certain time on an object or place, Sintura makes visible the transience of life.
Observation is the most essential aspect of my work. My subjects are excuses and painting is the mean to reflect upon perception and light. Painting has become for me the way I can enjoy and be engaged in my everyday life. More than making images I enjoy the act of painting itself, and the process of looking, of really looking what’s surrounding me.
–Alejandro Sintura