James Cohan presents Enter the Realm, an exhibition of new work by Naudline Pierre. This expansive presentation, which extends across the gallery’s 48 and 52 Walker Street spaces, includes paintings, drawings, and sculptures. This is Pierre’s first solo exhibition with James Cohan. 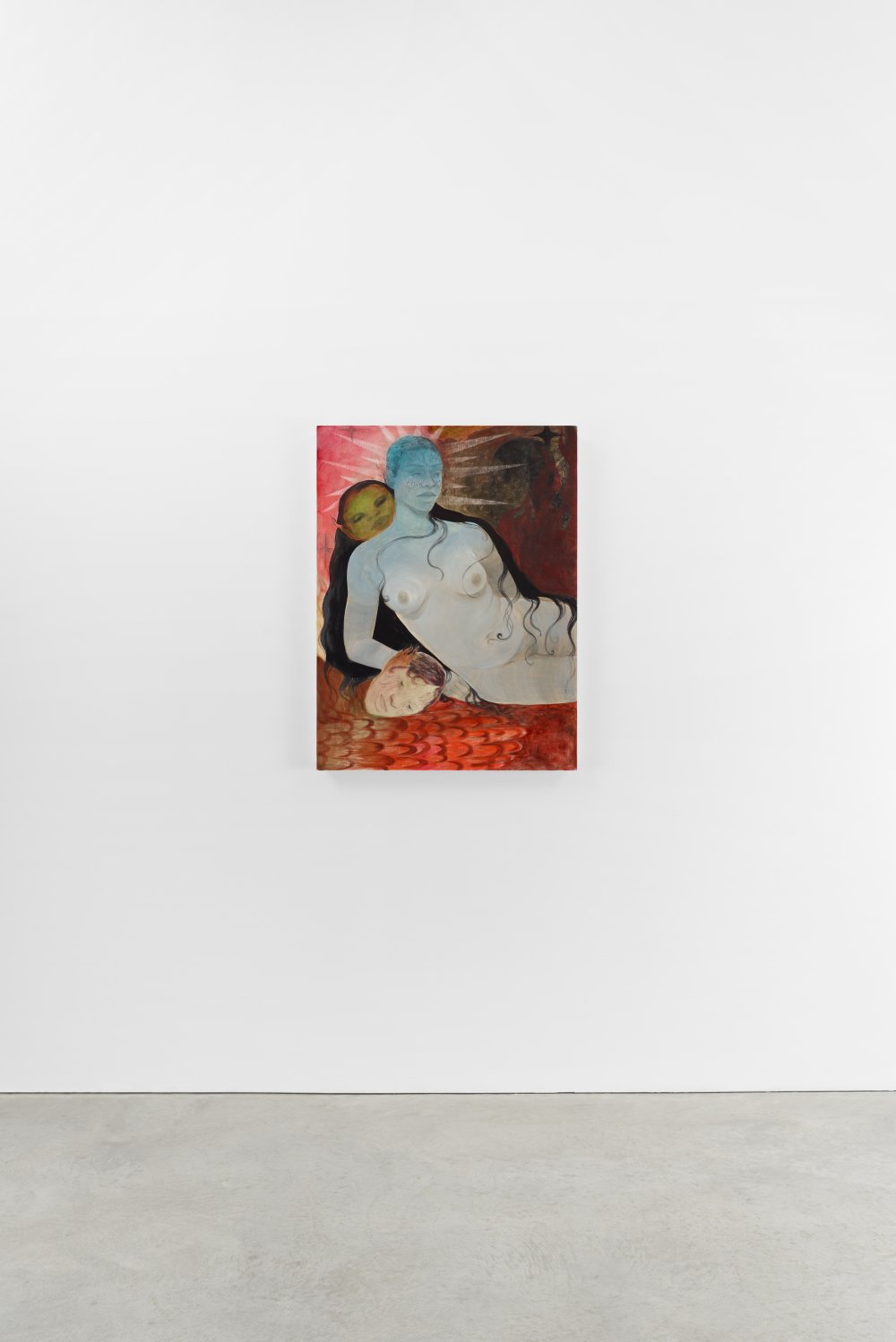 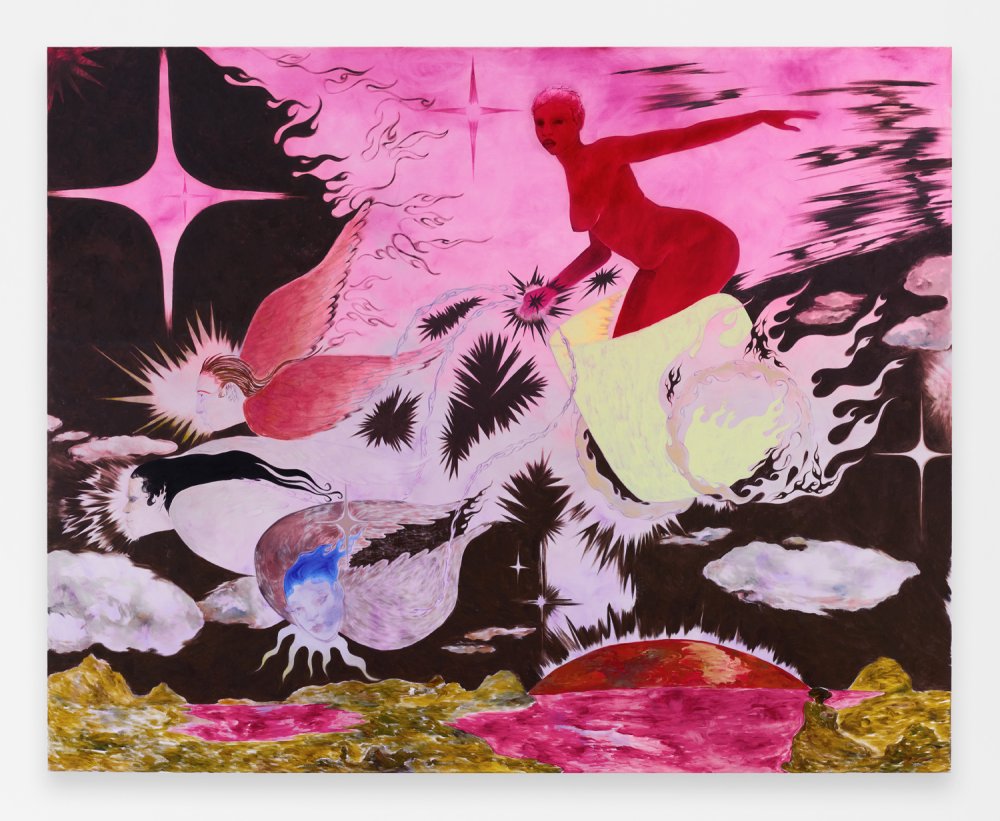 Naudline Pierre
I, A Terror Loosed Upon Your Heels, 2022 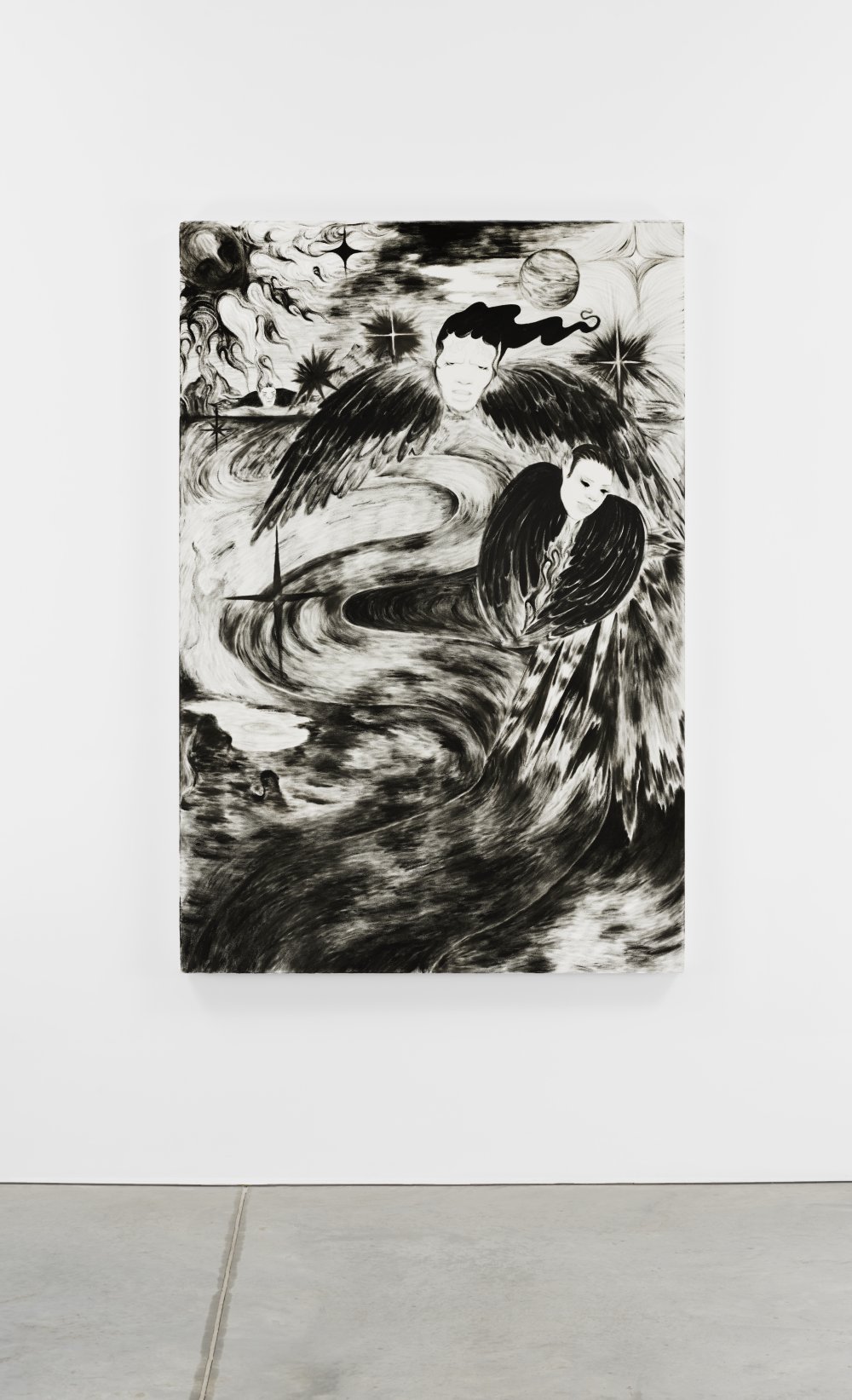 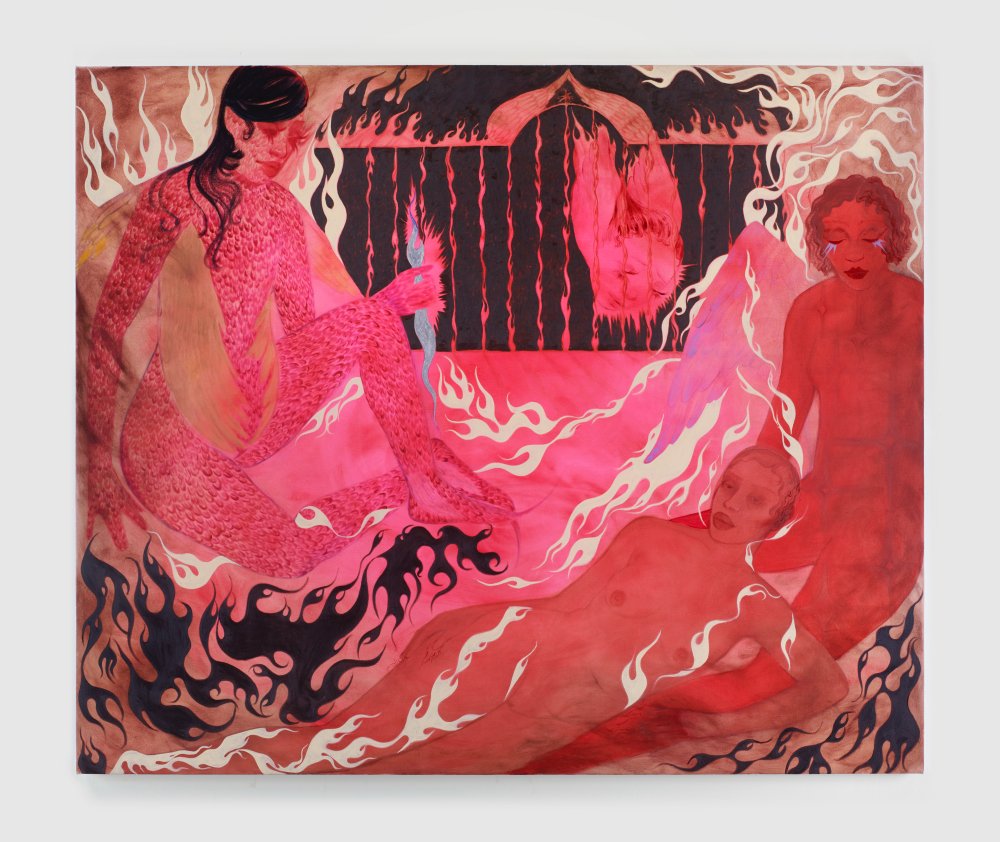 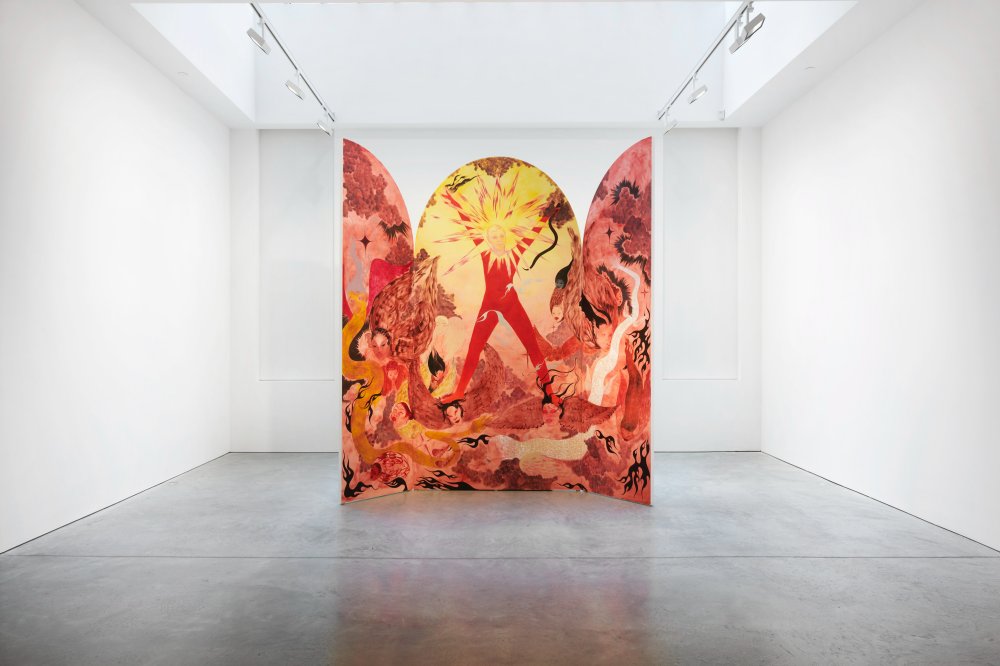 Naudline Pierre
Written in the Sky, 2022 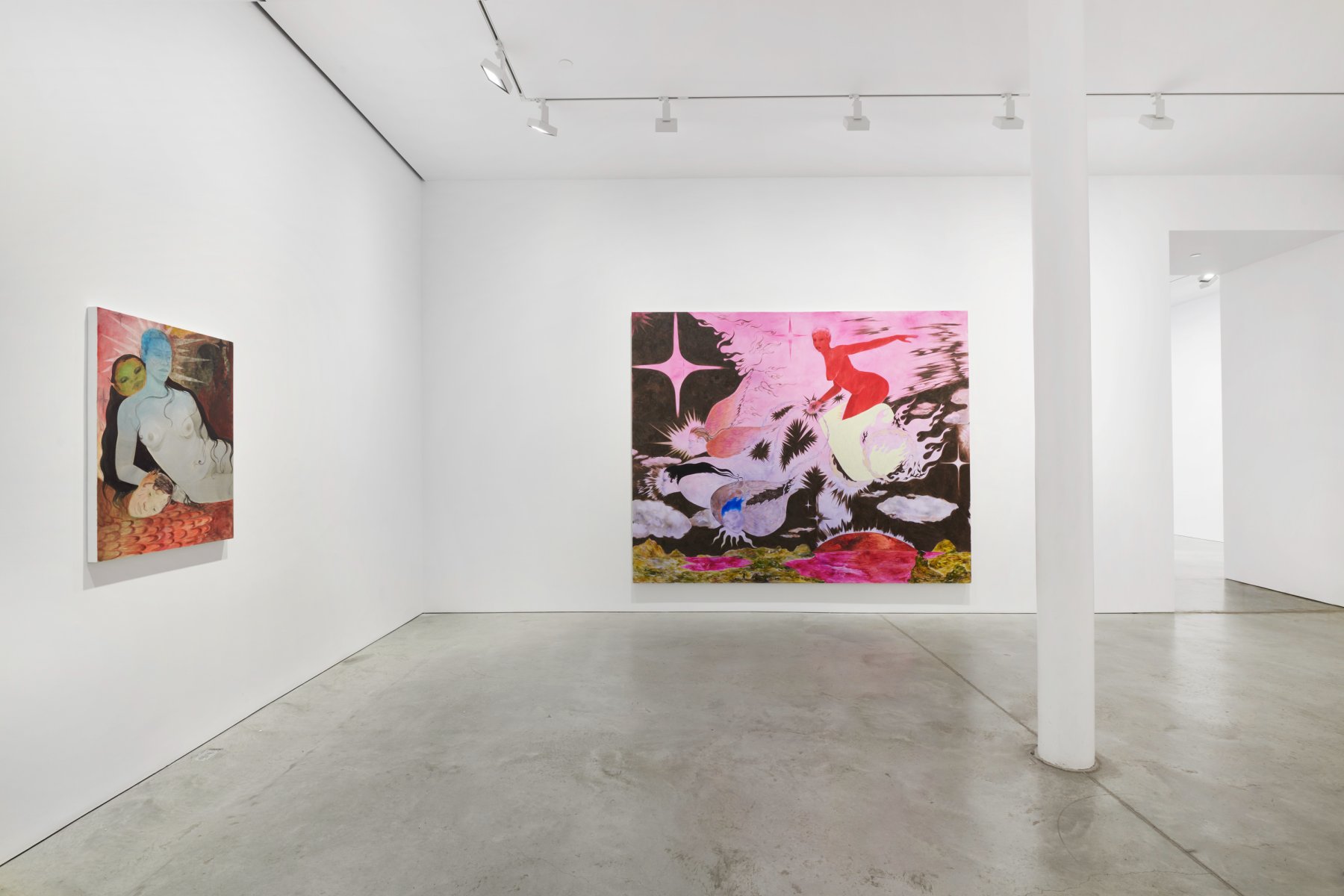 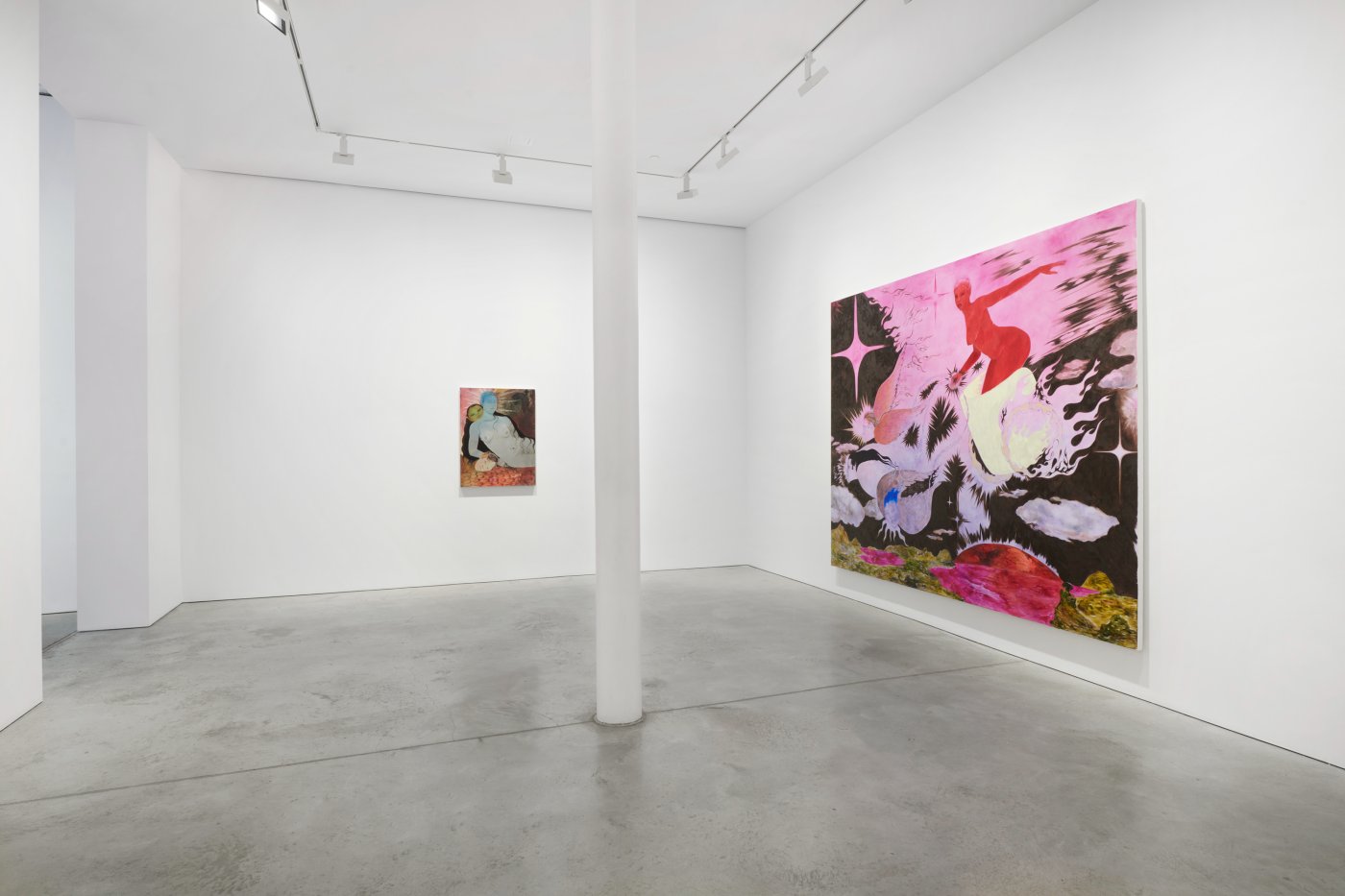 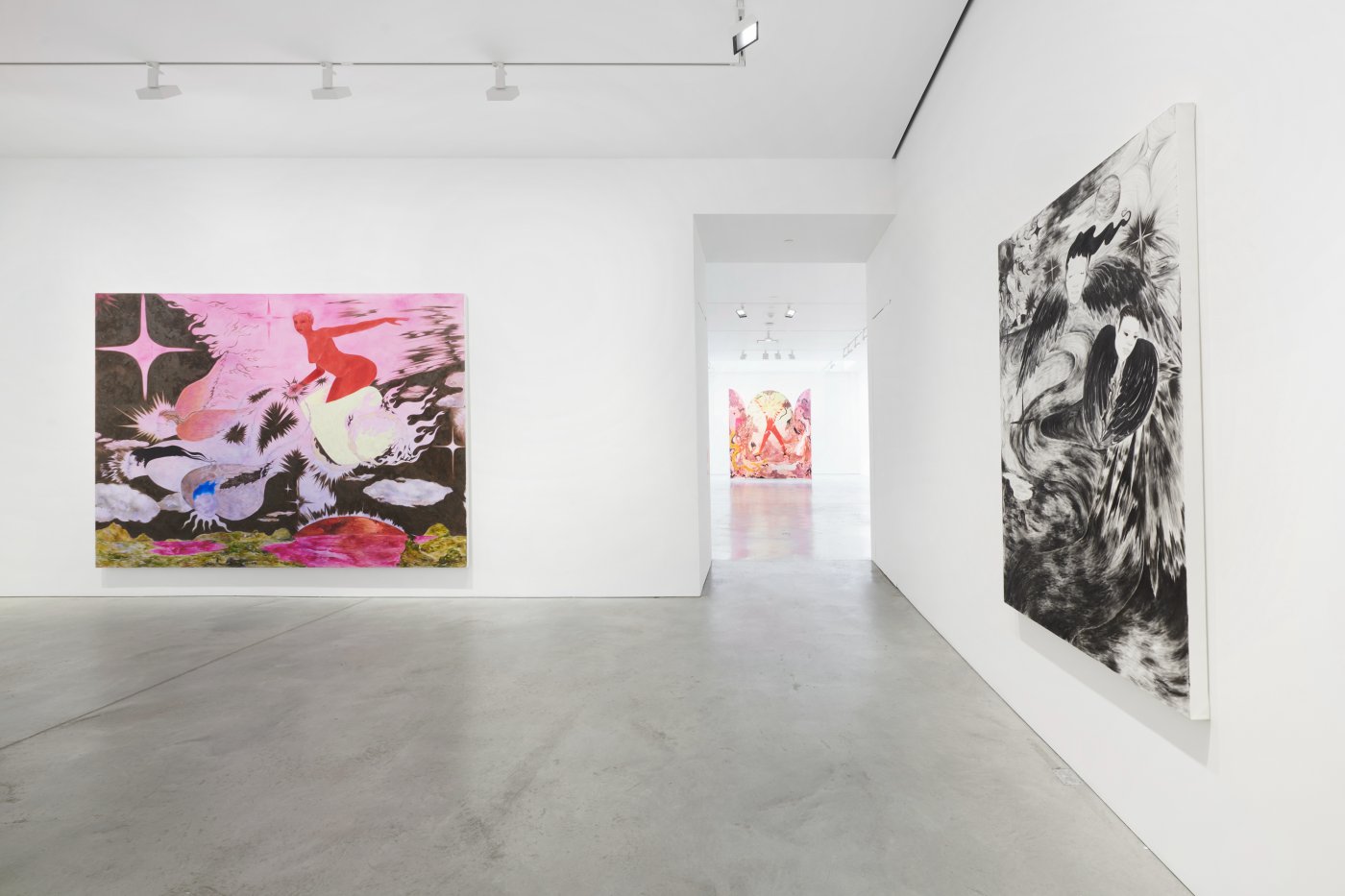 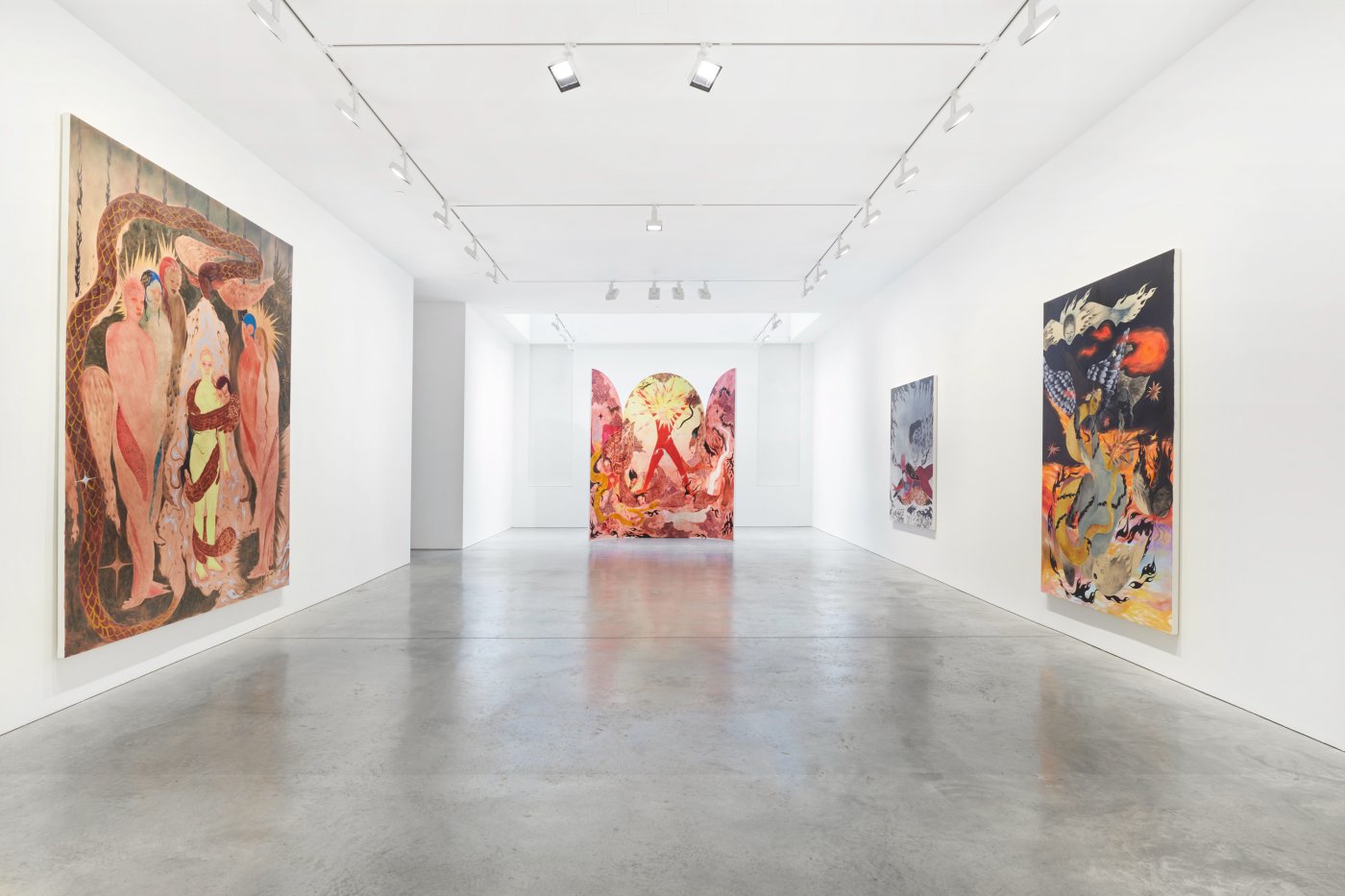 In Enter the Realm, Pierre conceives of an alternate universe populated with jewel-toned celestial figures that dance, writhe, and soar across her fantastical scenes. Brilliant and impactful color continues to illuminate this parallel world, forging links between Pierre’s various media and her recurring cast of characters. The works on view are an exquisite and extensive tale of becoming, shaped by an intensely cultivated internal fantasy life and the acknowledgment that change and metamorphosis, however uncomfortable they may be, are often necessary to reach new heights.

Over the years, Pierre has developed an epic visual mythology with the intent to manifest a greater sense of freedom and empowered multiplicity for her creations. In Enter the Realm, as the title suggests, she – and we – are pulled deeper still into this other-worldly vision. This is underscored not only by the arrival of hazy, surrealist topographies, a compositional breakthrough in Pierre’s latest work, but also through a stronger sense of agency for Pierre’s recurring protagonist figure and those who meet her on her quest.

Action is at the center of Enter the Realm, which is itself an active command or a seductive invitation. Throughout the exhibition, Pierre endows each of her scenes with a catalyst for change; often this is an iconographic reference, imbued with greater meaning, or a powerful, yet unseen emotional state bubbling beneath her painted surfaces. Flames, for example, appear as agents of transformation in Pierre’s work, often consuming her characters in rings of multicolored fire. Yet, as Pierre assures us, they enter willingly into this inferno with the hopes of emerging born anew.

The physical entry point into this imagined space is a life-size wrought-iron gate. Replete with Pierre’s personal iconography, such as wings, flames, snakes, and starbursts, the gate grants viewers access to a world of transcendence and transfiguration, if one is willing to cross the threshold. Many gates appear in Pierre’s work, in both literal and figurative forms. For Pierre, the surface of each painting or structure is a portal into her conceived cosmos, it is a tangible and yet mutable point into her own sense of reality.

Pierre is well known for her expressive adaptations of Renaissance compositions and visual conceits, such as the altar triptych or incorporating flattened space and forced perspective. In Enter the Realm, Pierre iterates on this theme, extending her signature style of painting into the third dimension. The recognizable ritualistic structures of worship such as altarpieces, apses, and domes are transformed by epic scenes from Pierre’s imagination. Entirely adorned with paint and beings from the artist’s personal mythos, the structures on view are complete worlds unto themselves, infused with talismanic qualities designed to protect and transform.

On view at 52 Walker, a suite of works on paper provide further intimate insights into the many worlds that Pierre accesses through fantastical figuration. They echo the visual language of the paintings and sculptures found throughout the exhibition, providing hagiographic vignettes that expand upon the lives of each of the characters that populate the ever-unfolding universe that Pierre has laid out before us.