Lisson Gallery Shanghai presents its first exhibition of work by the Swedish artistic duo, Nathalie Djurberg & Hans Berg. Following their recent show, ‘A Moon Wrapped in Brown Paper’, at Shanghai’s Prada Rong Zhai, this presentation sees the artists – known for their psychologically-charged clay-animation films and adventurous sculptural works – immerse the gallery space in a sea of flowers, with 15 new sculptures created specifically for the show. 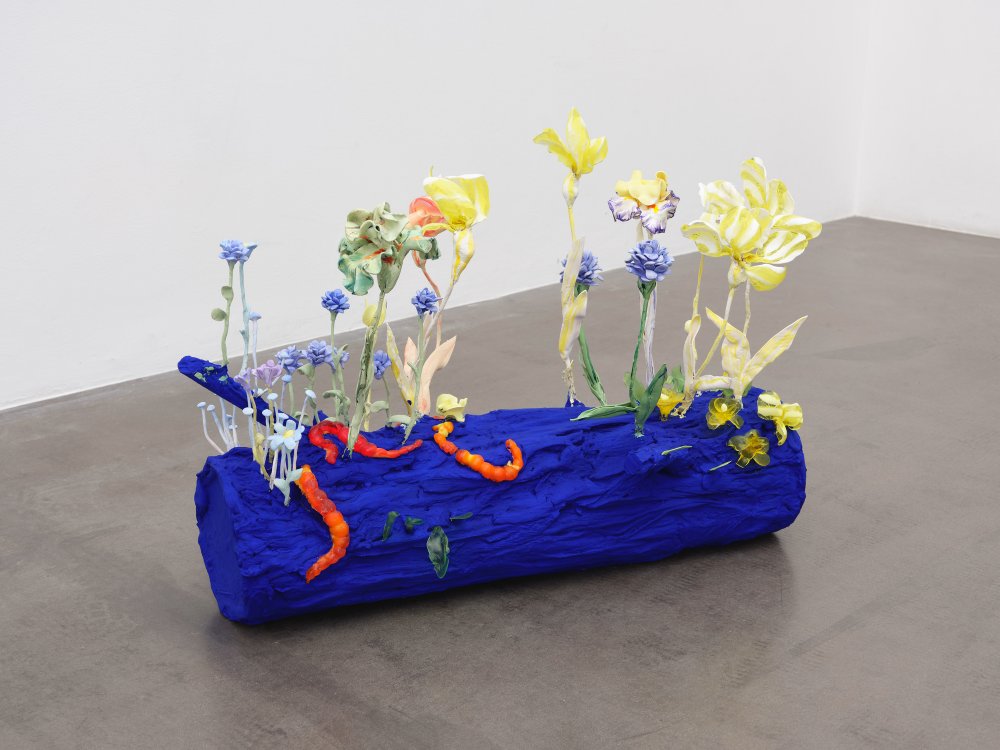 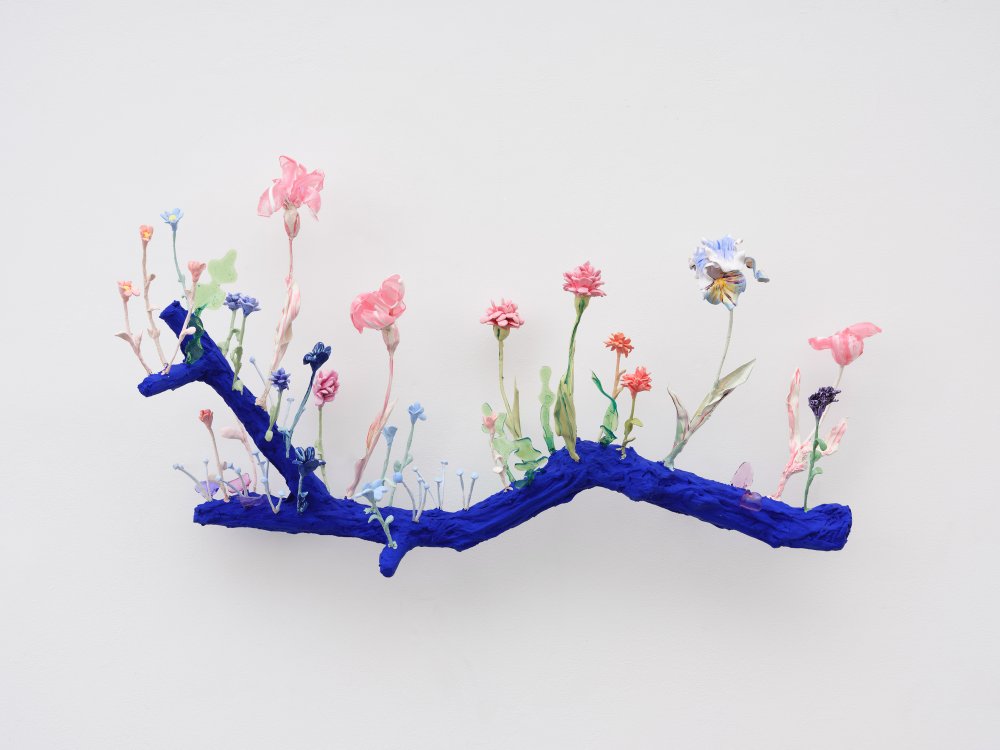 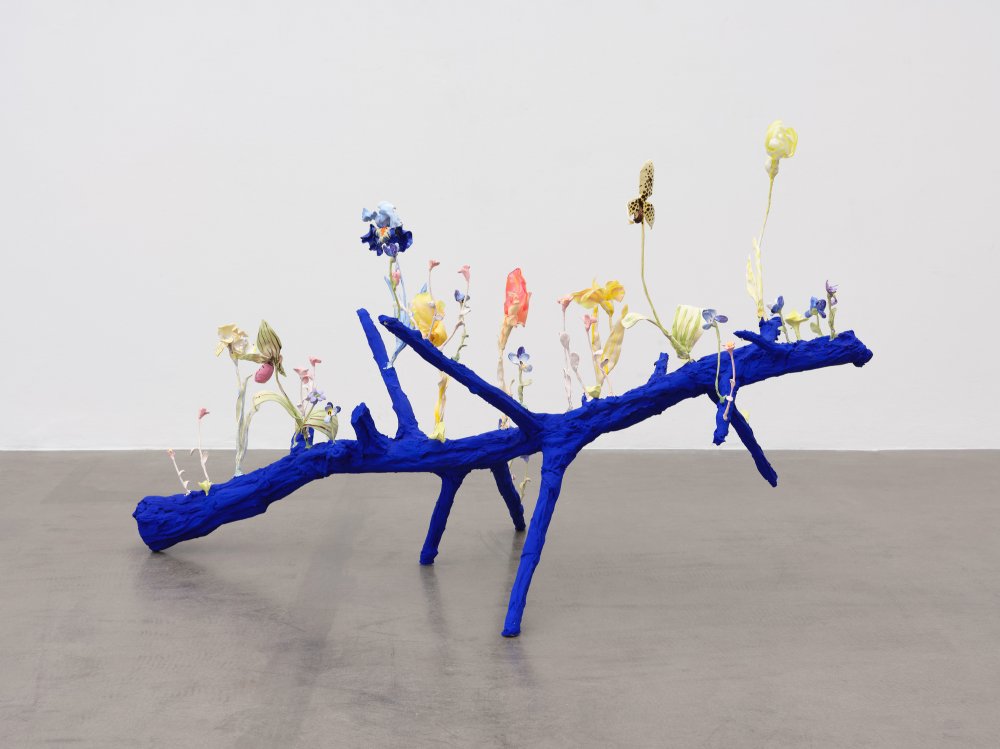 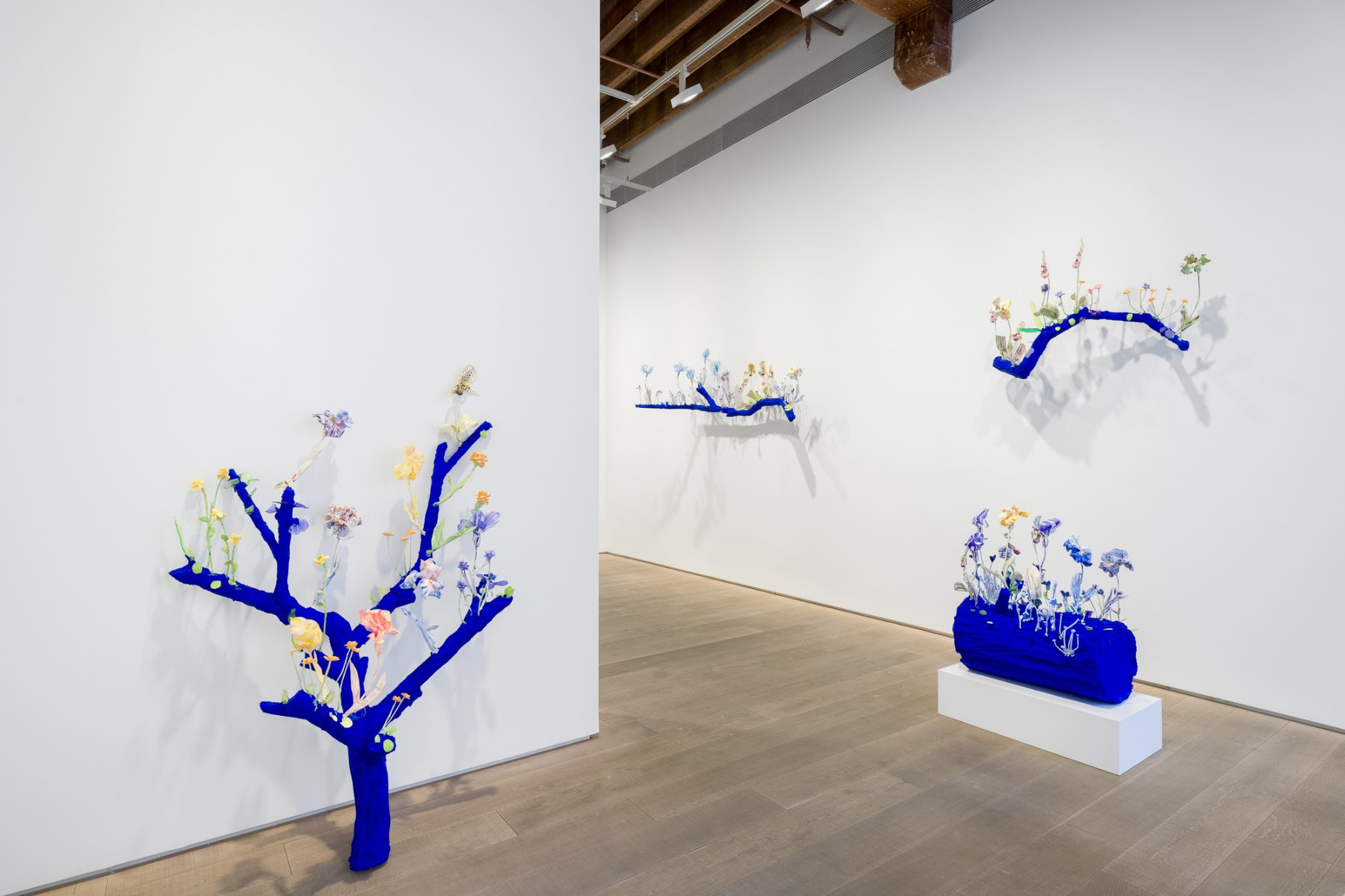 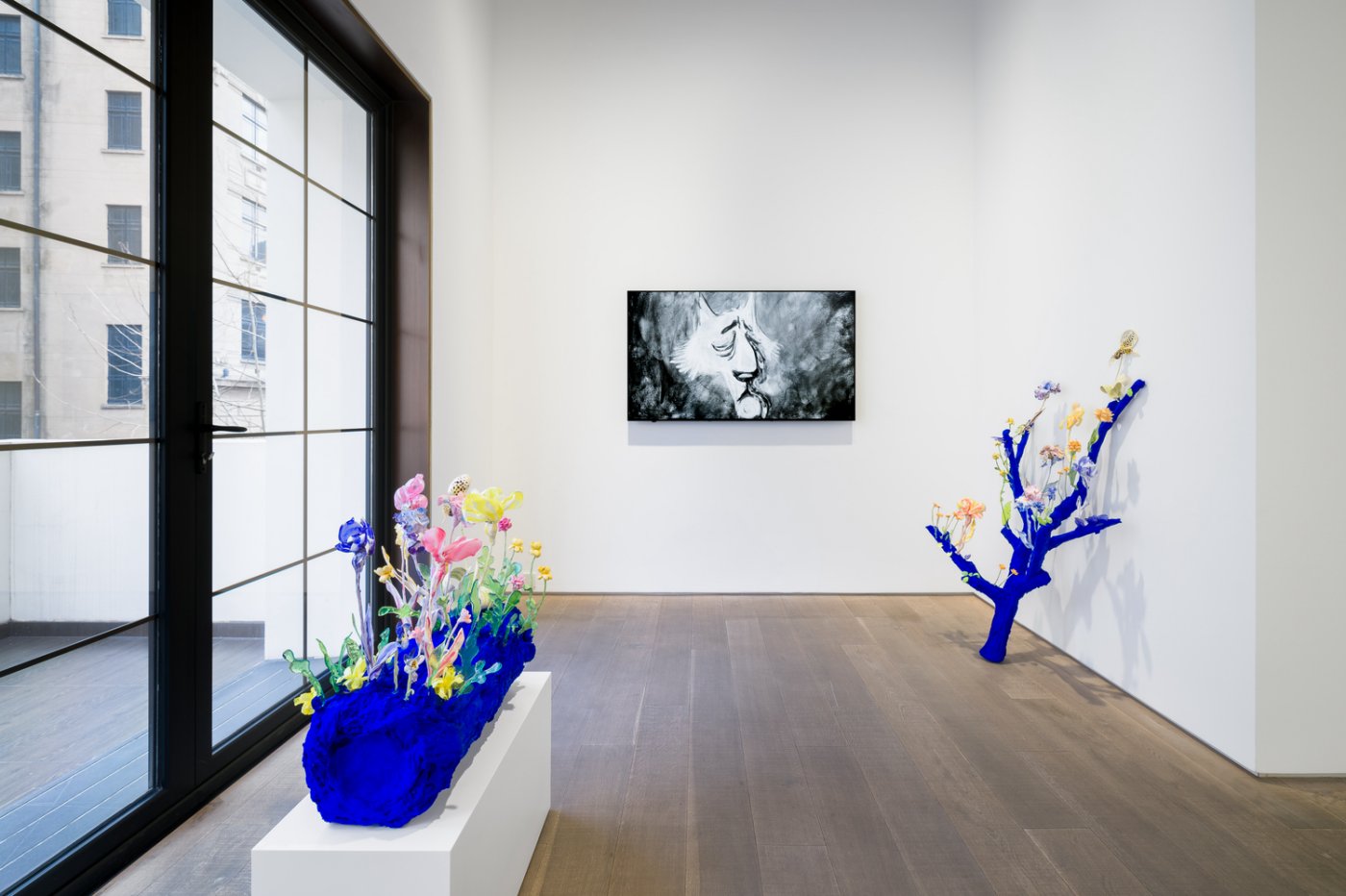 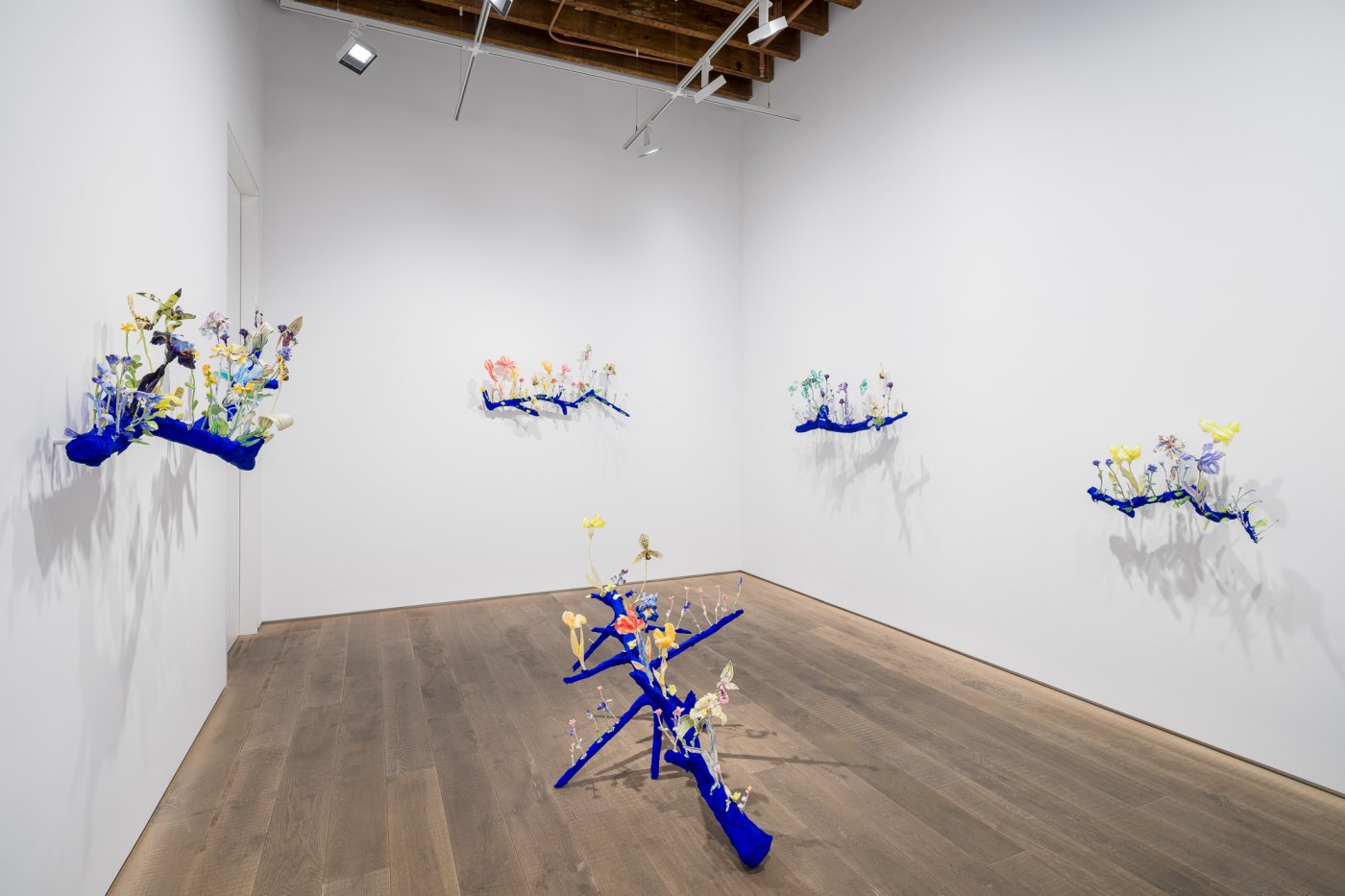 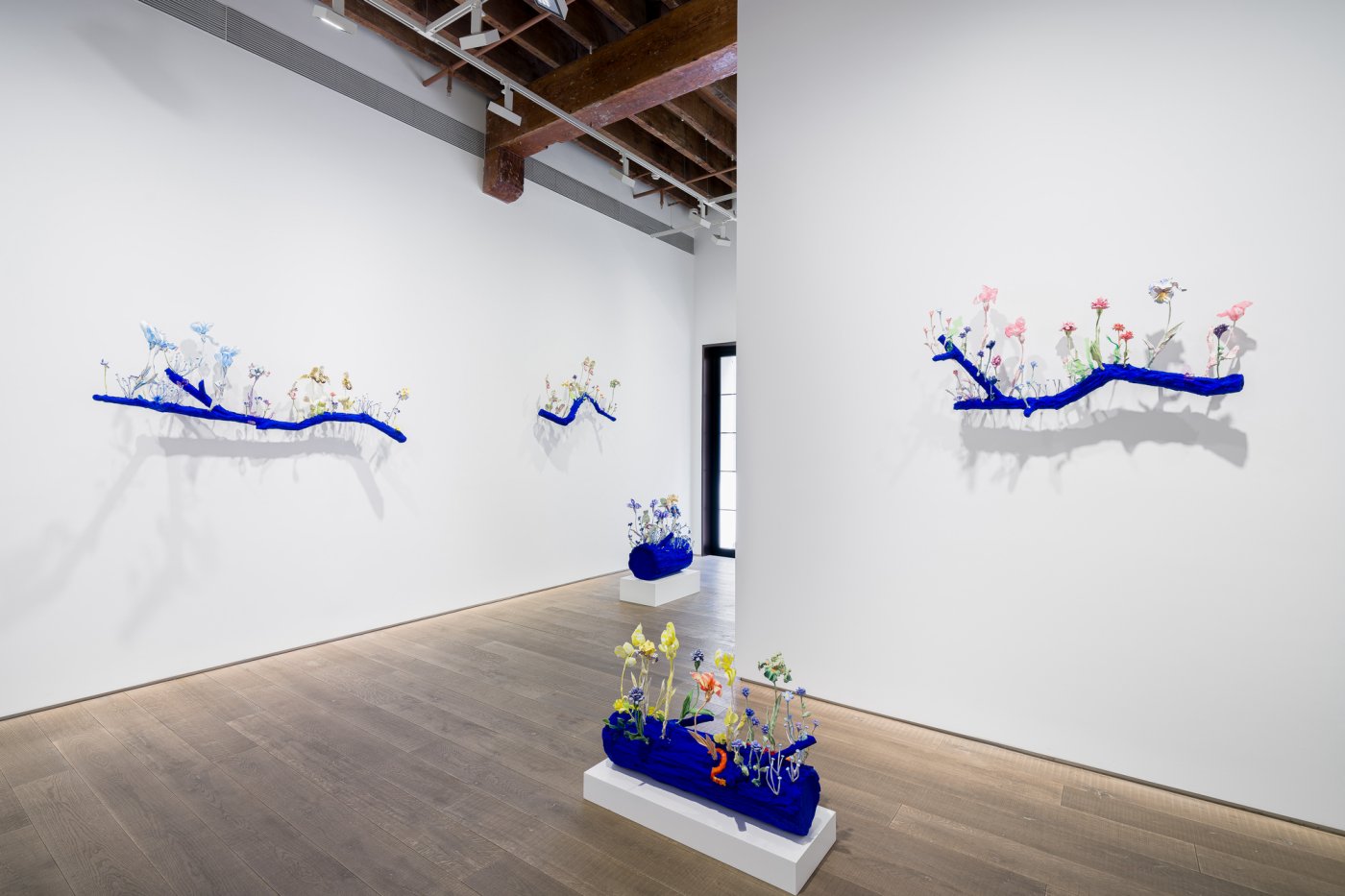 Following their solo exhibition at Prada Rong Zhai, Djurberg & Berg extend some of the installed elements from the previous show and have transformed Lisson Gallery’s Shanghai space into an enchanted garden with a series of delicate, colourful flower sculptures. The concept of a hidden garden came initially from Djurberg’s childhood memories of reading One Thousand and One Nights, in which Aladdin, hunting for treasure, found himself in an underground garden filled with fruits made of gemstones hanging from trees. In 2009, the artists created their first major work inspired by flora and fauna, a subversively surreal and immersive Garden of Eden, entitled The Experiment, for the 53rd Venice Biennial, for which they were awarded the Silver Lion for best emerging artists.

These new flower sculptures – some wall-mounted, some freestanding – have less in common with earlier cartoon-inflected uses of the motif, instead exhibiting a fragile beauty and an untamable, organic logic of their own. Constructed from mixed media – employing modelling clay, paint, fabric and resin – the sculptures recall real species of lily or orchid, as well as fantastical floral arrangements in other-worldly colours and forms. Flowers recur in Djurberg & Berg’s practice due to their abiding interest in the fleeting nature of human emotions and their shared symbolism for human themes of love, joy, desire, sadness and vulnerability.

For this show, the audience is invited to embark on a journey through this wild, interconnected ecosystem and unleash their innermost fantasies through their own interpretations of the works. As they walk through the gallery space, flowers are seen growing alongside different species and emerging on marine-blue branches, evoking the flow of water from where all life begins and grows. The deep blue surfaces represent an internal stream of emotions manifested in physical form, visualizing desires and confusions, love and regret, perfection and imperfection, from which new shoots emerge and entangle with one another. Alongside these 15 sculptures is a new charcoal animation, whose darker tone contrasts with the variegated colour palette of the sculptural works.

Djurberg & Berg made their Chinese solo debut with a show entitled ‘Secret Garden’ at Shanghai’s Minsheng Art Museum in 2016. Djurberg & Berg’s solo show at the Kunsthalle Luzern, Switzerland will open to the public this April, followed by a solo presentation at Musée d’Art Contemporain in Lyon, France in 2023.