Berry Campbell presents its first solo exhibition of work by Nanette Carter (b. 1954) since announcing representation in 2021. 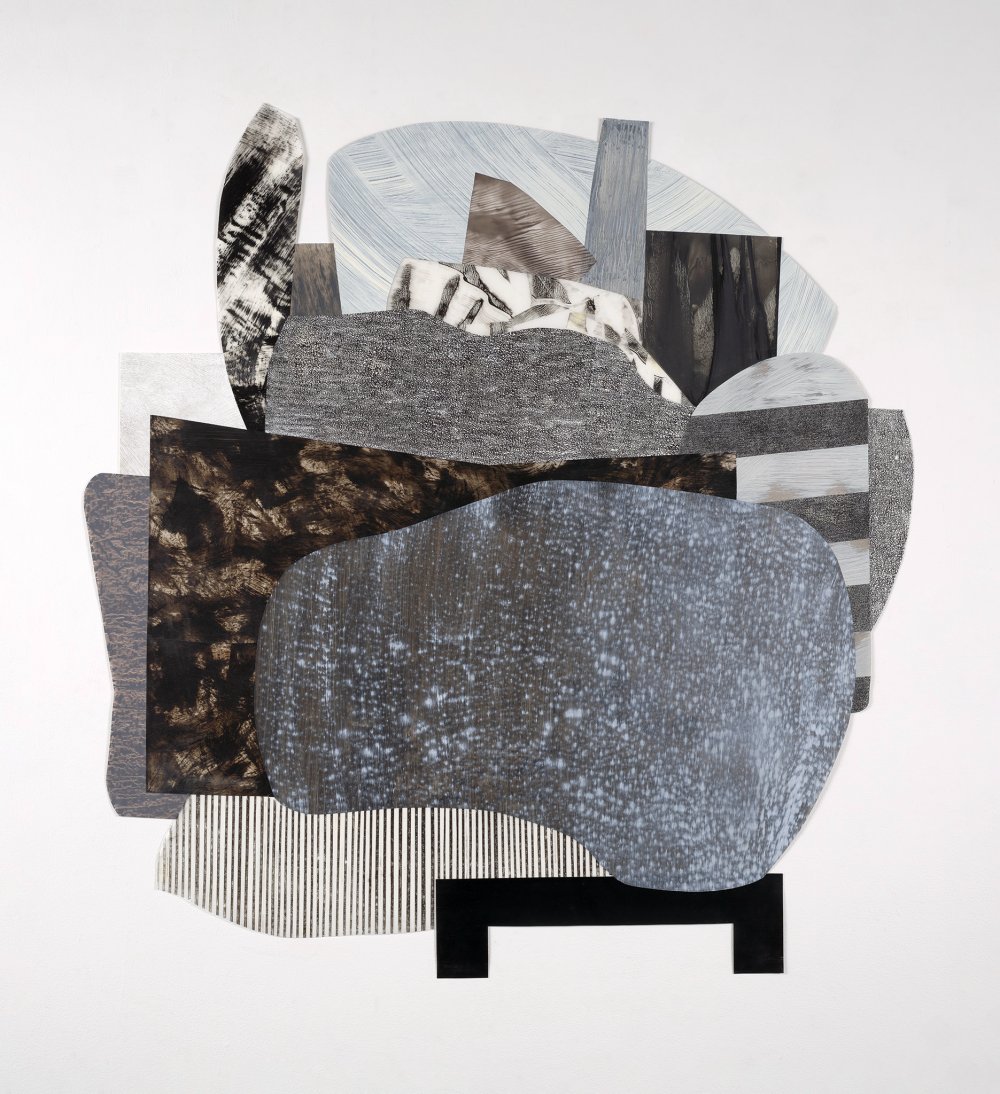 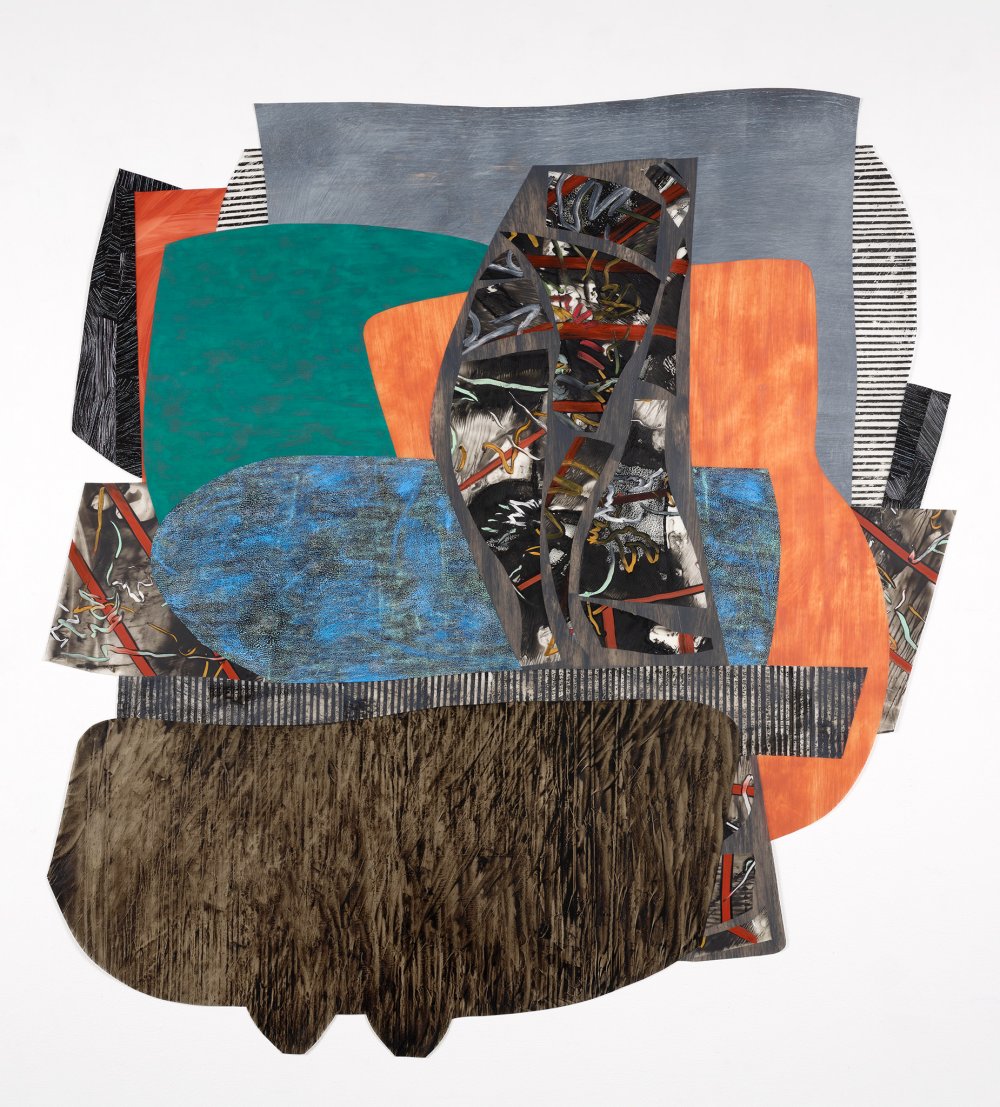 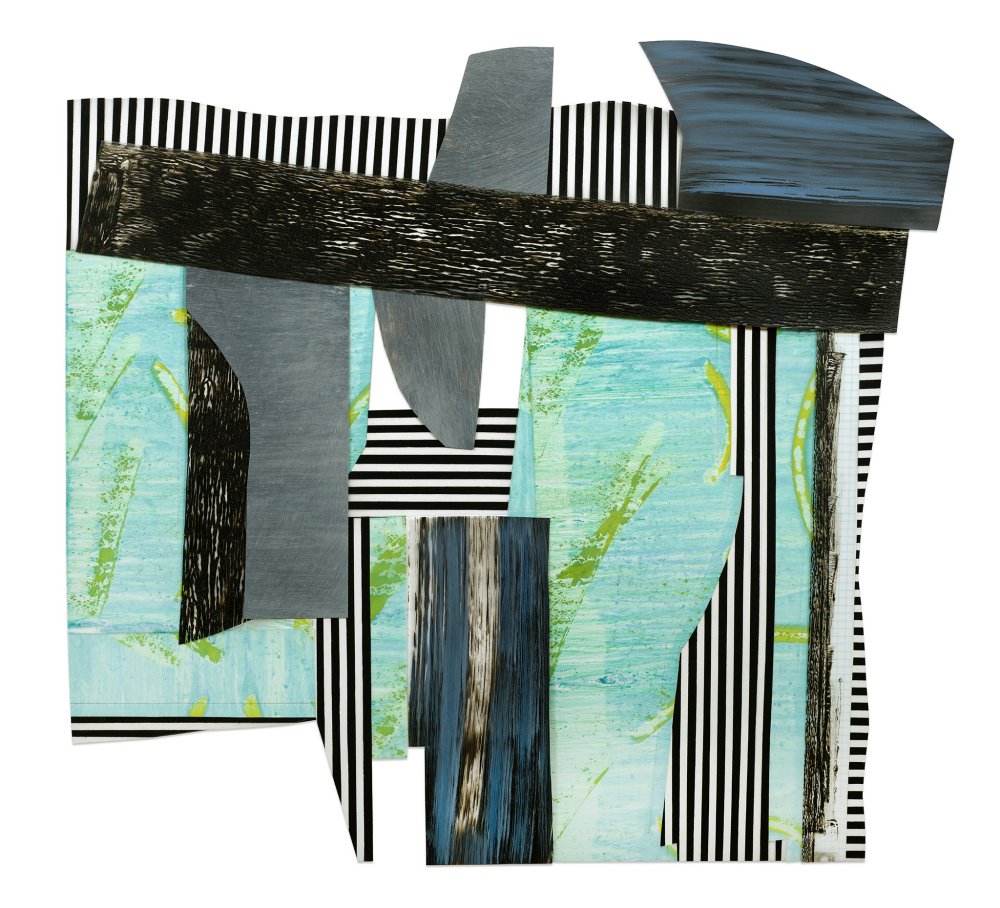 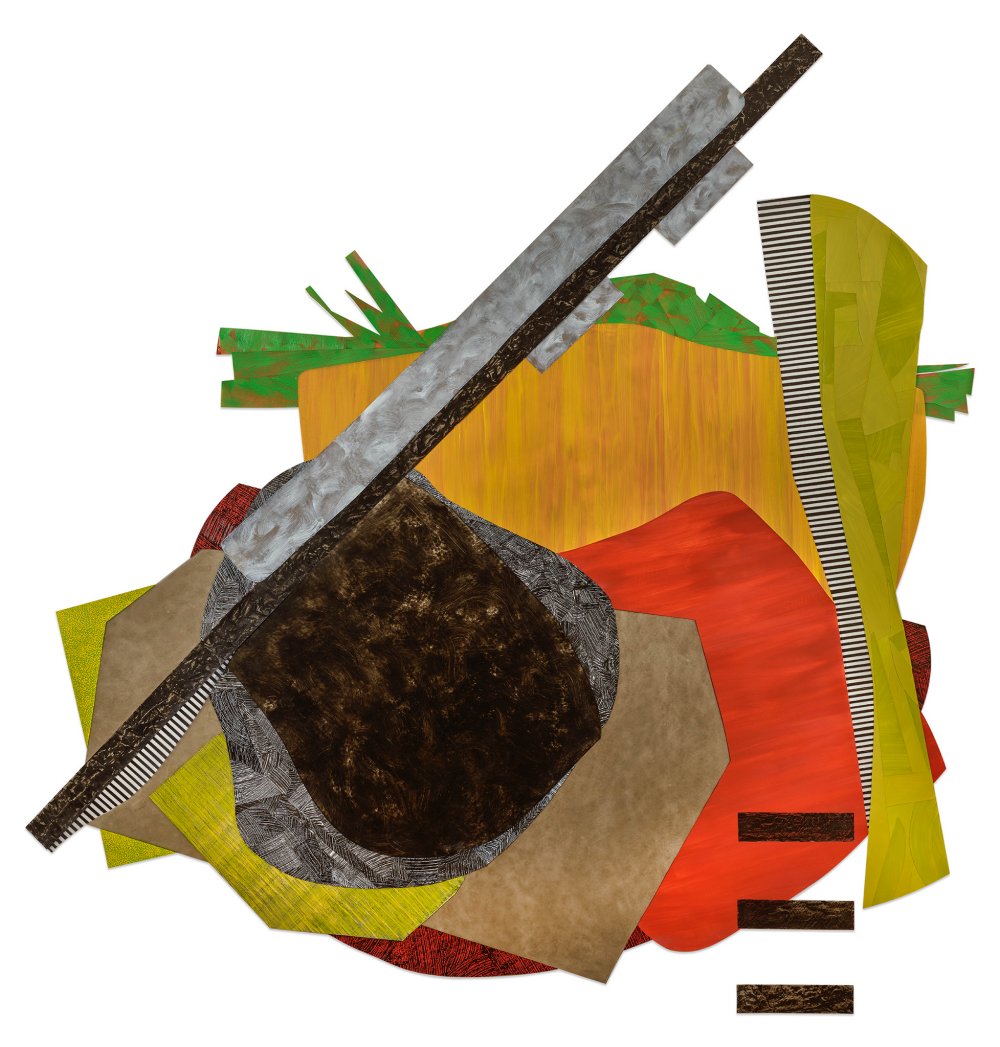 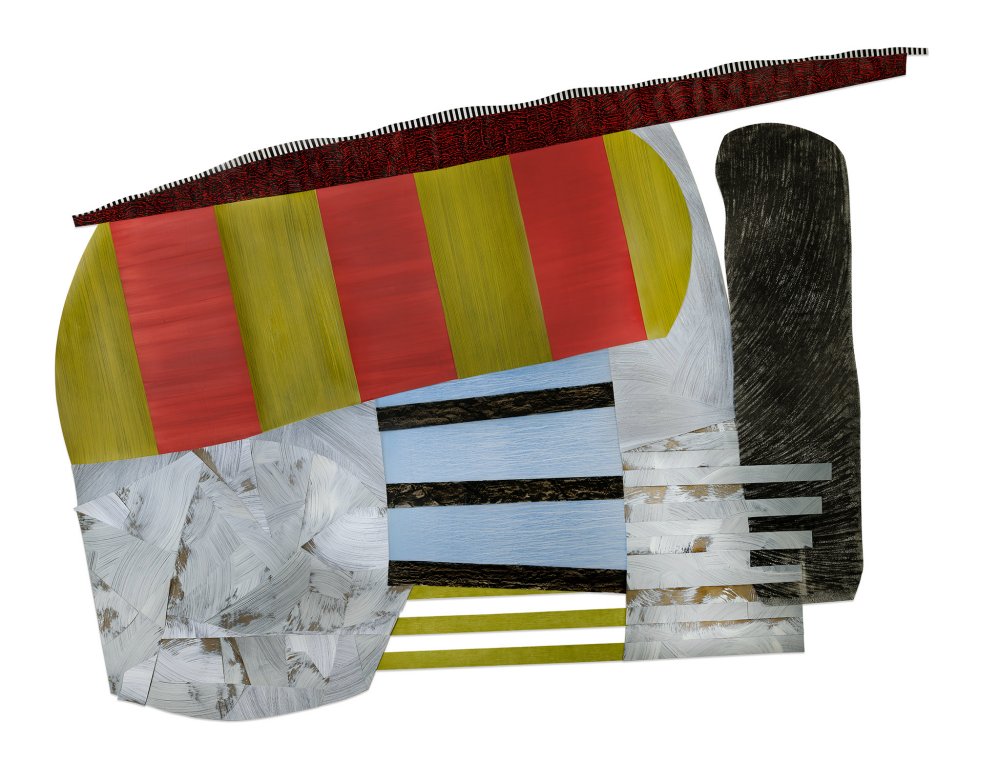 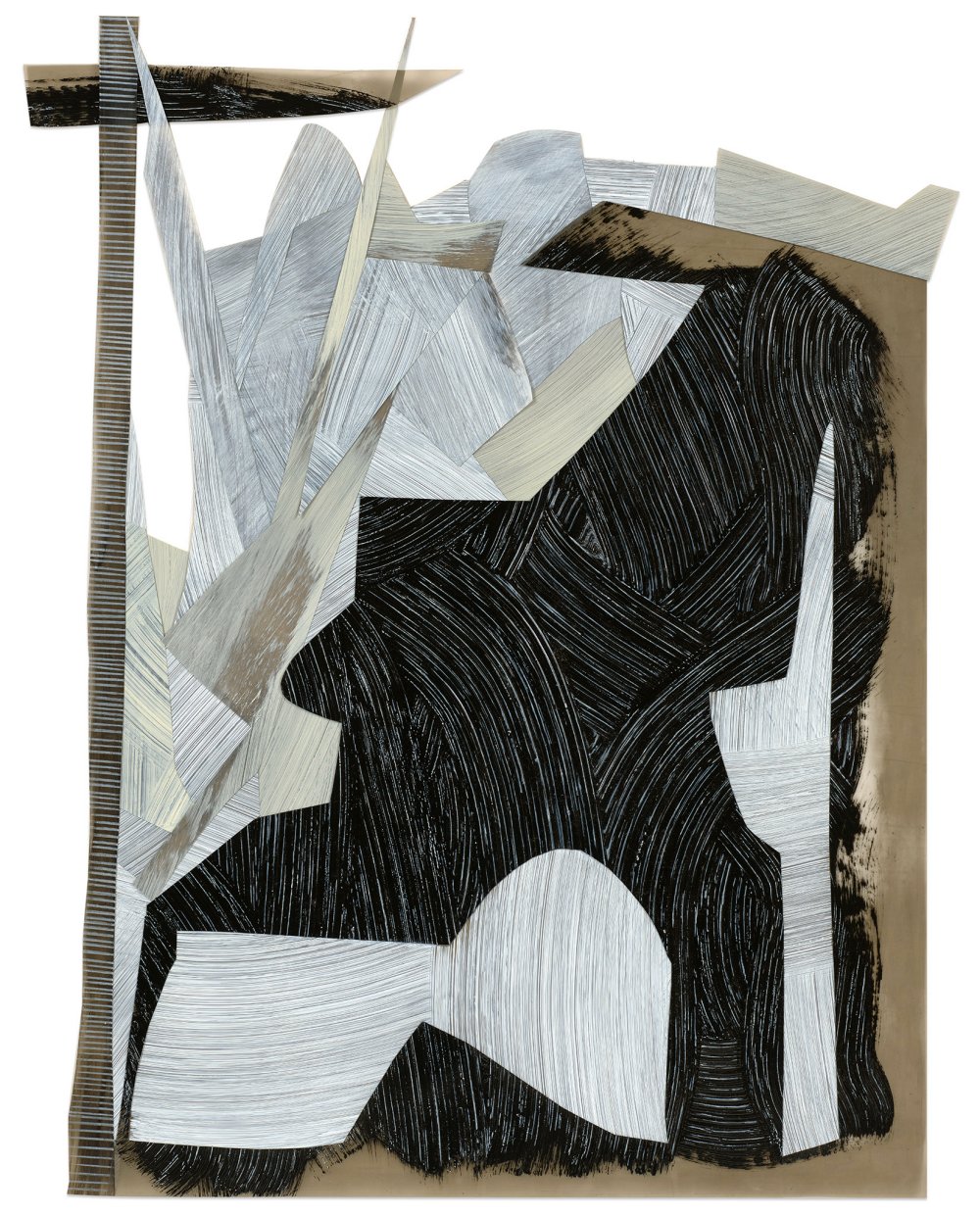 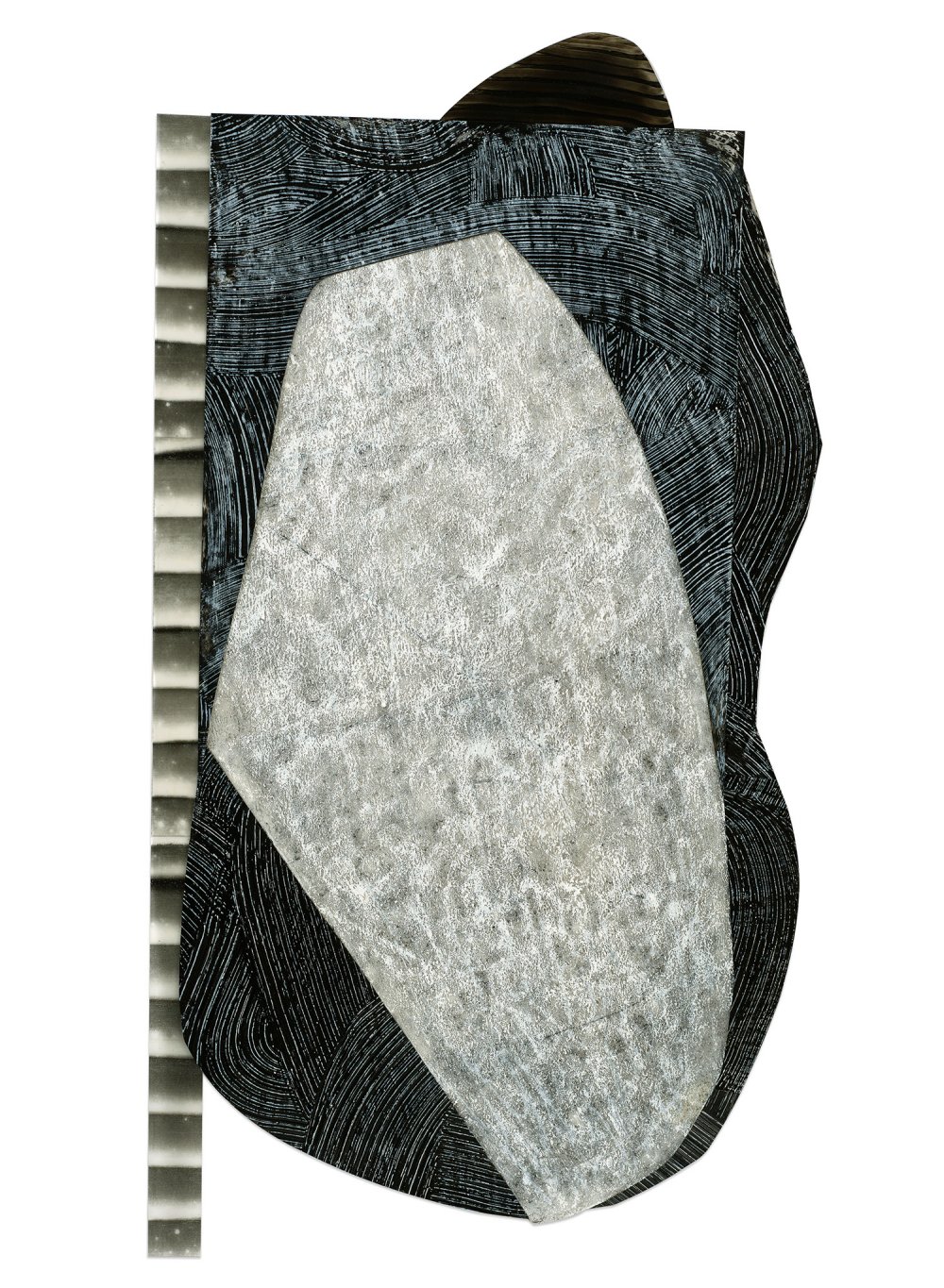 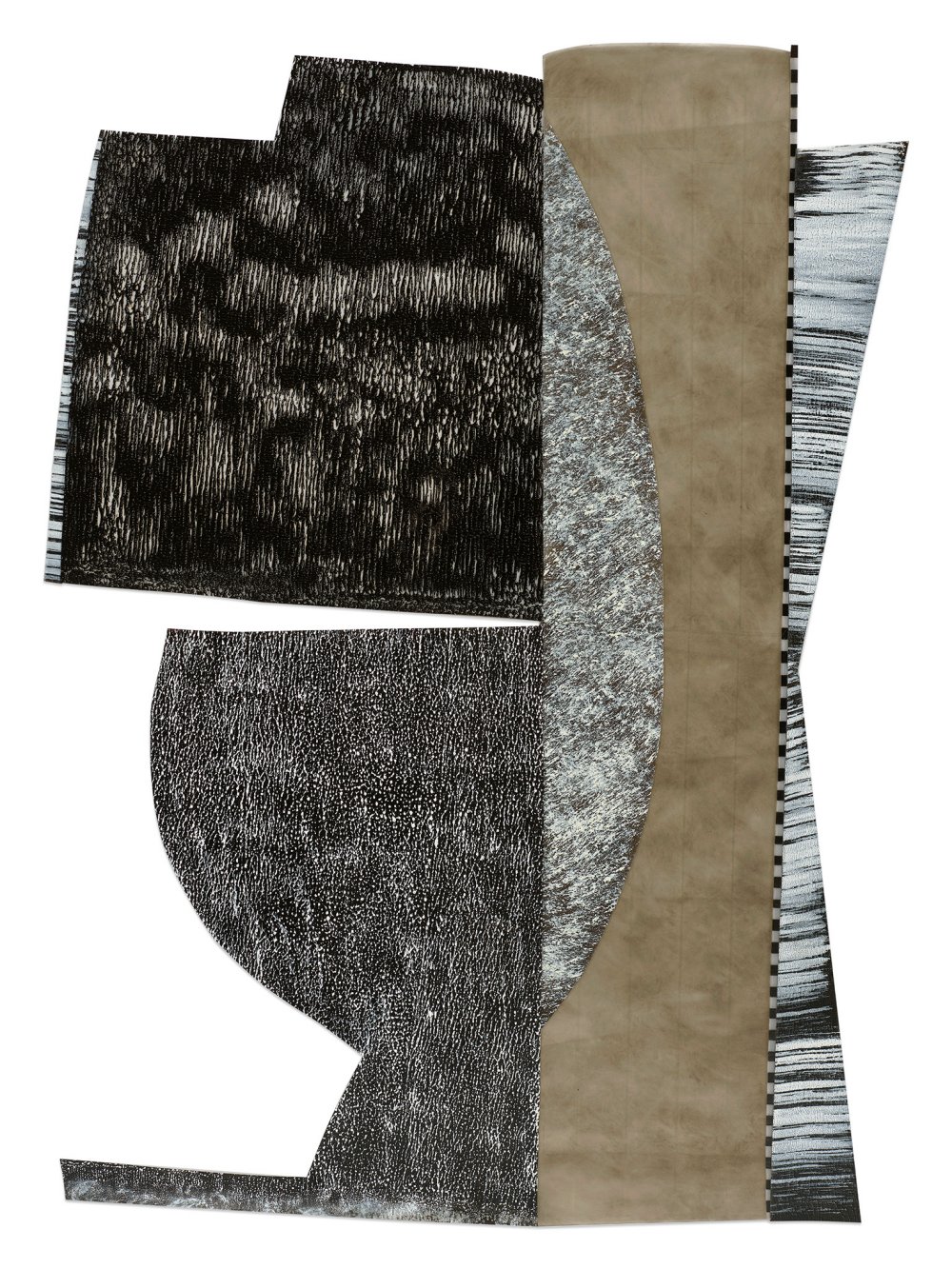 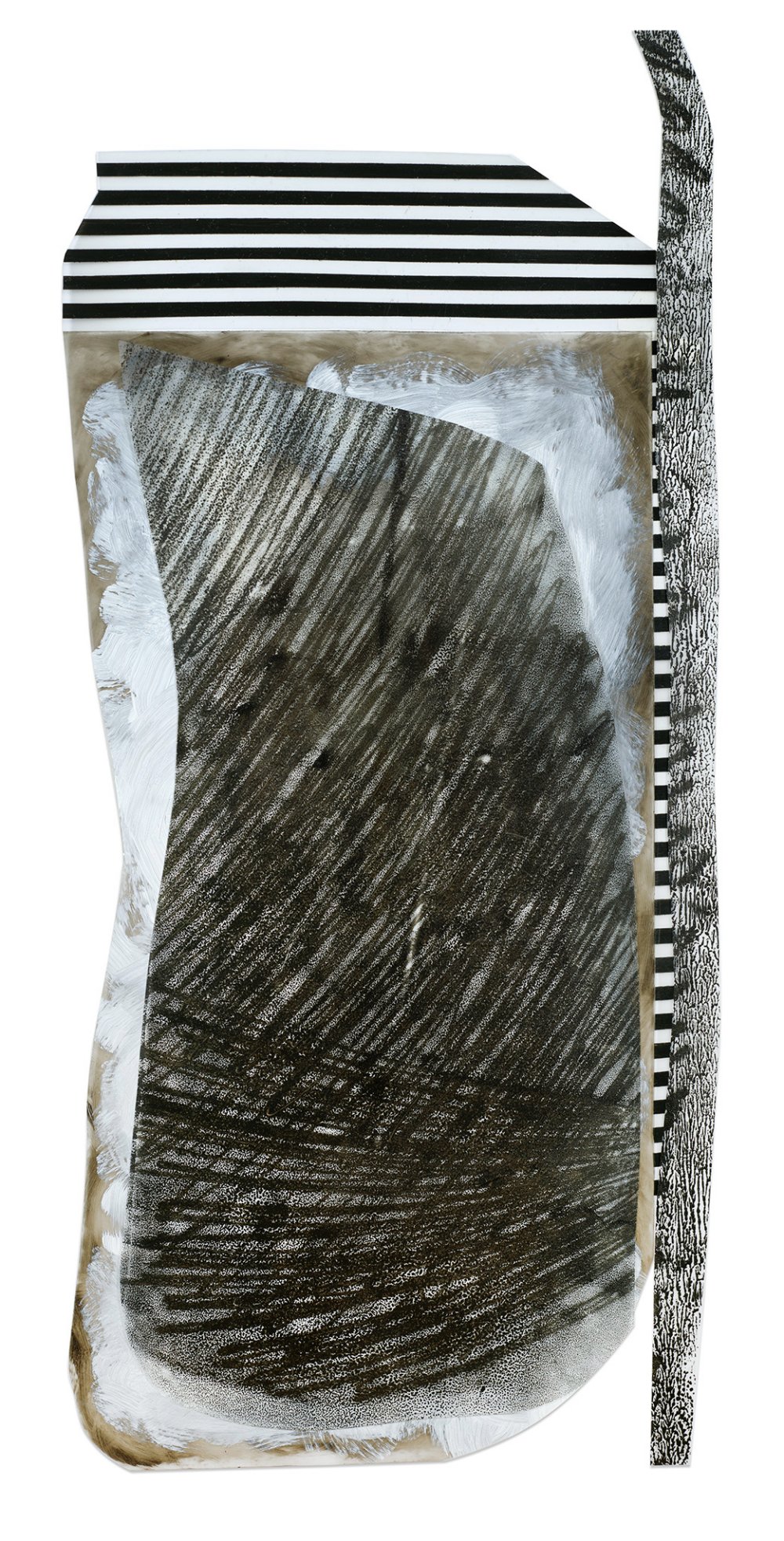 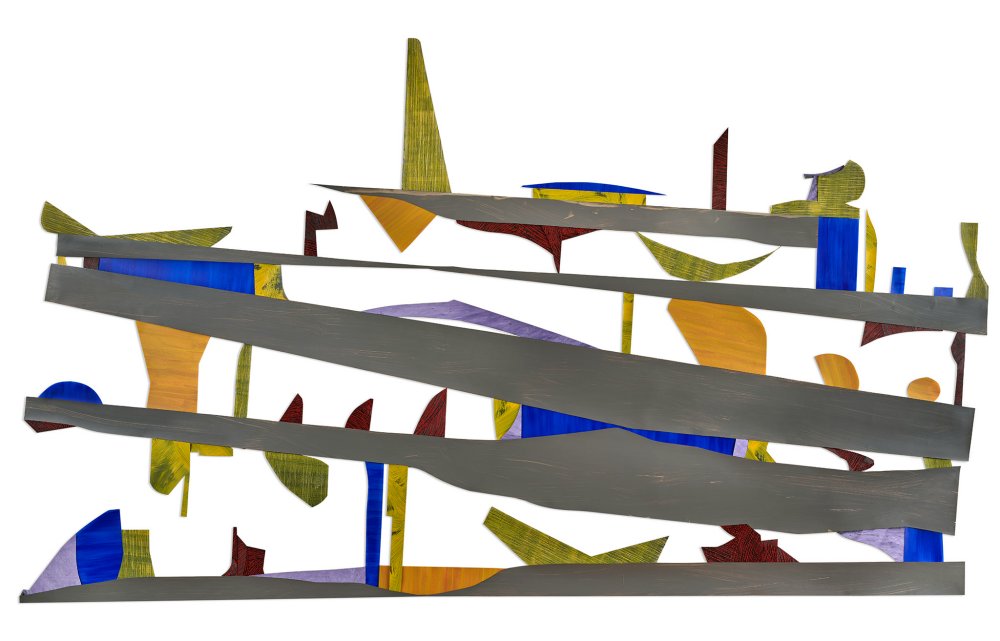 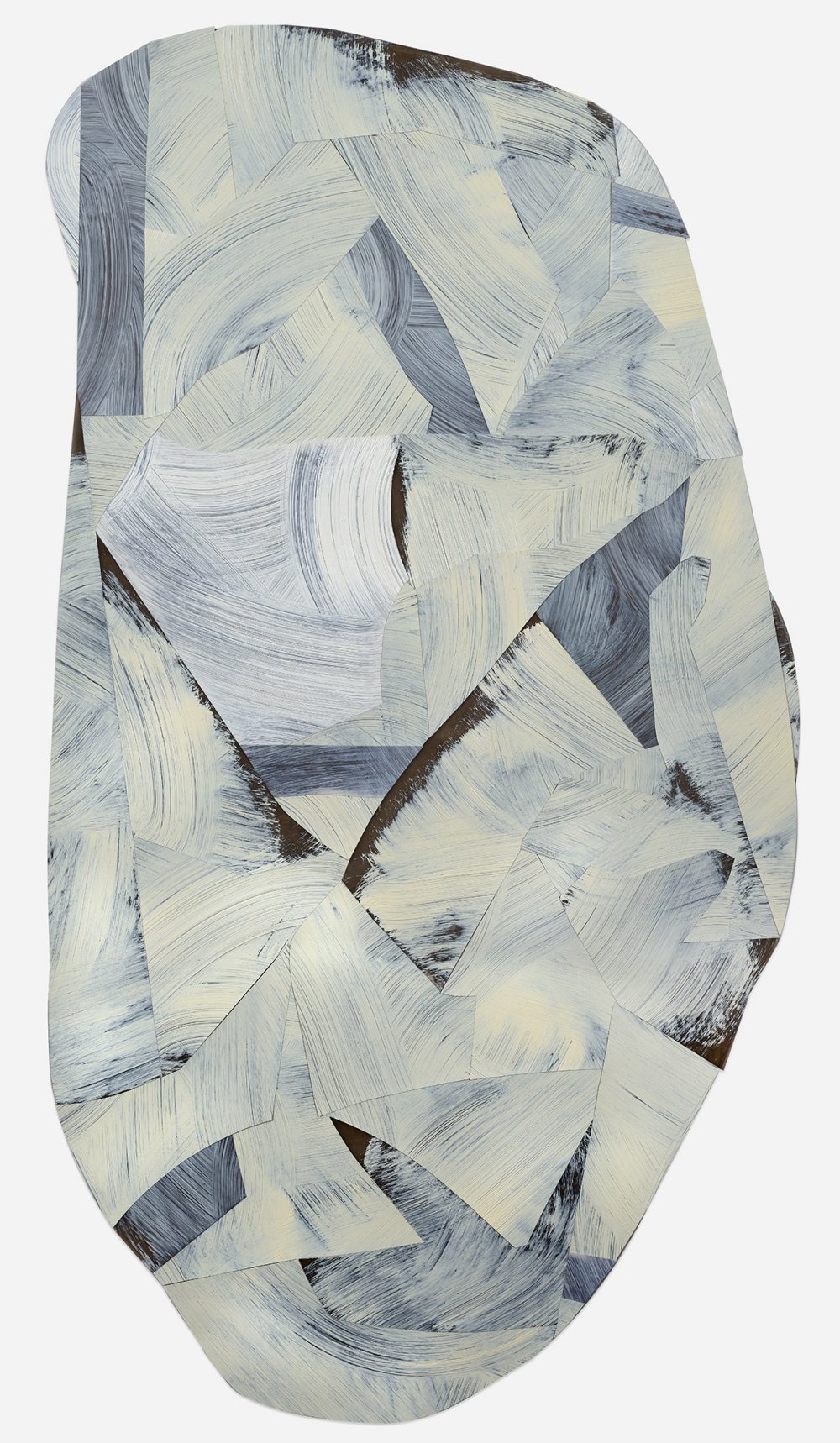 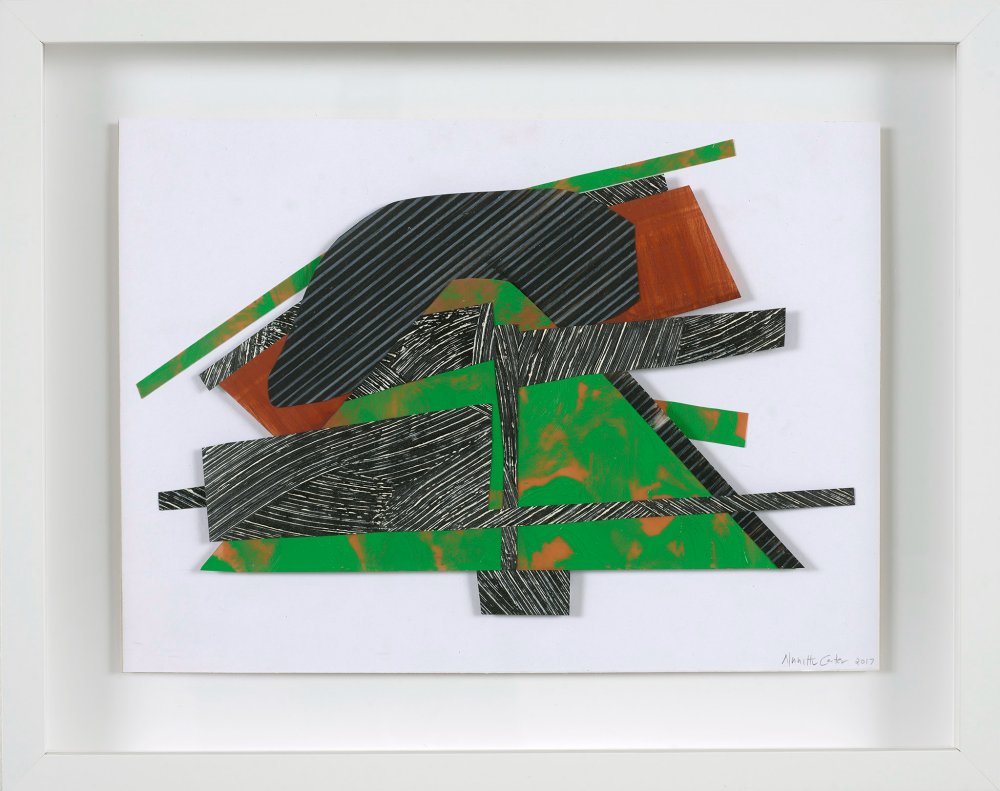 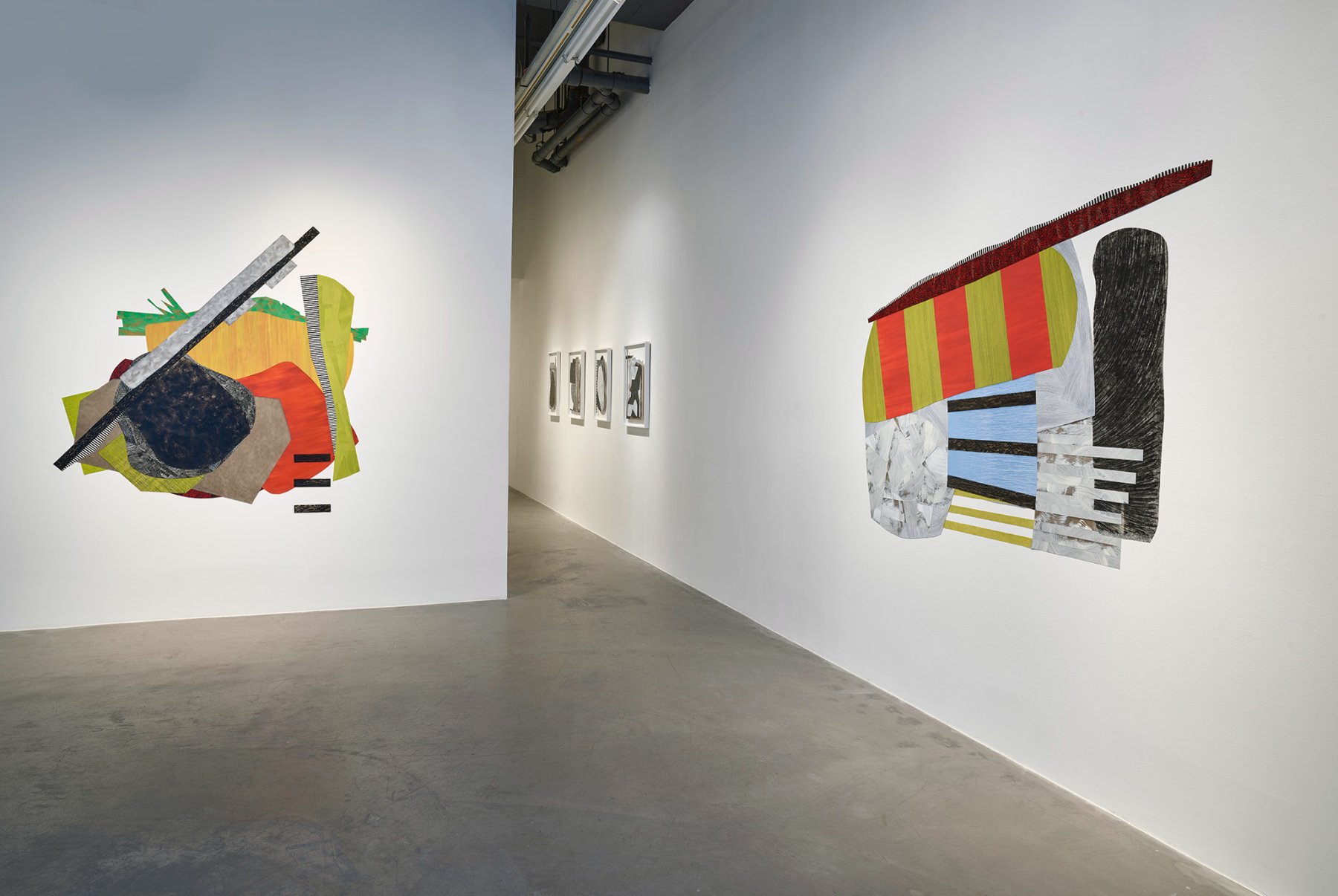 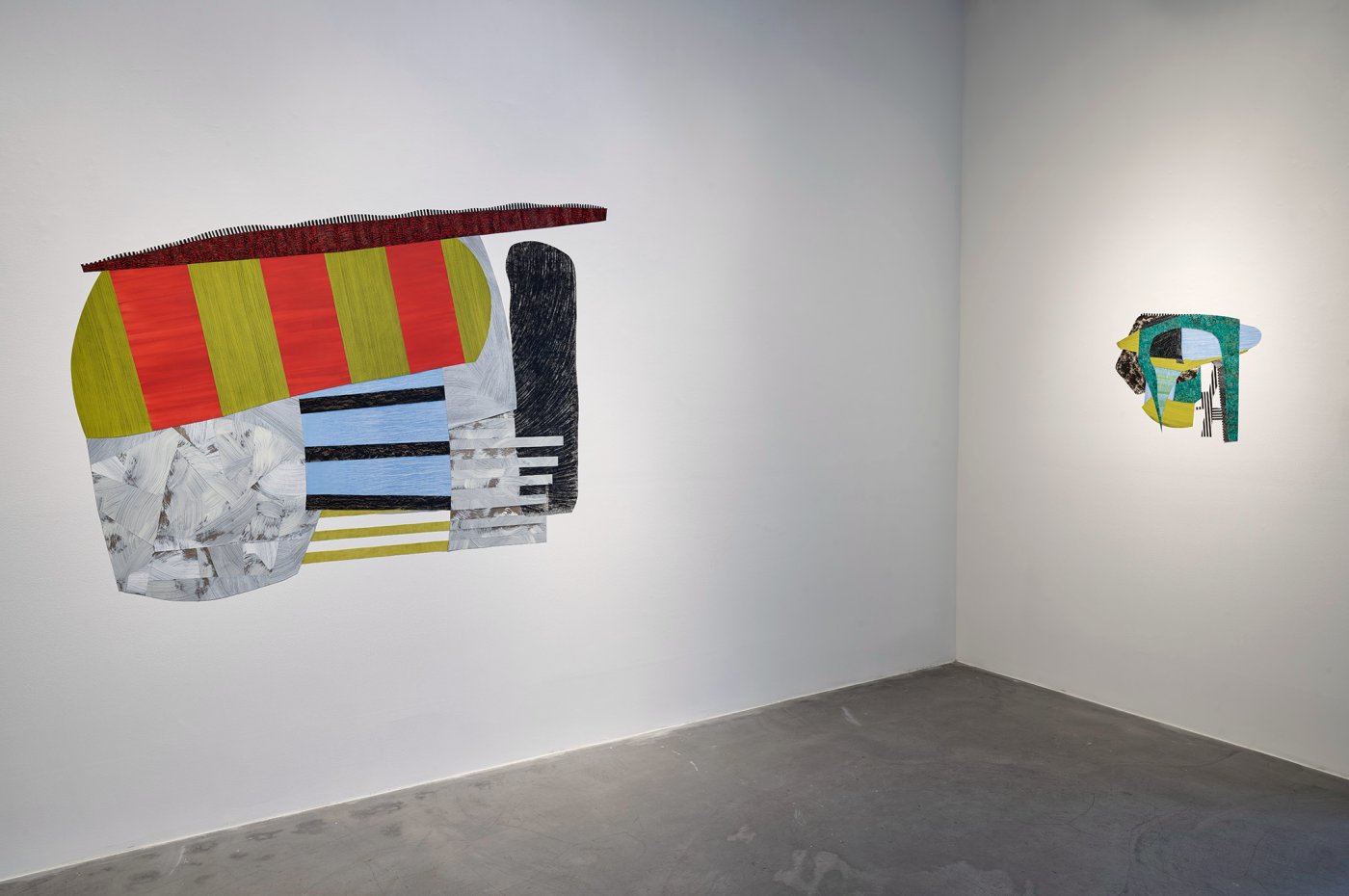 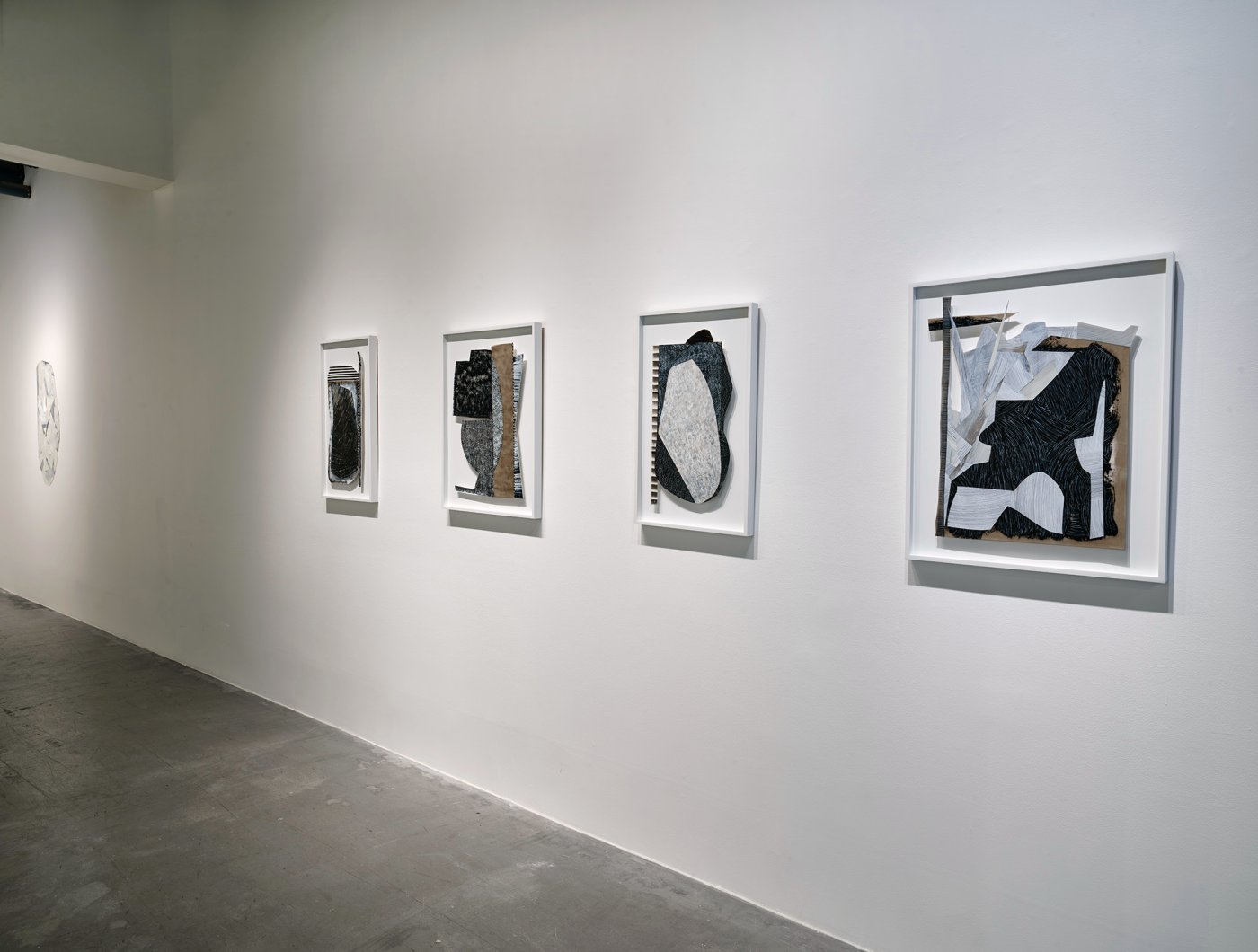 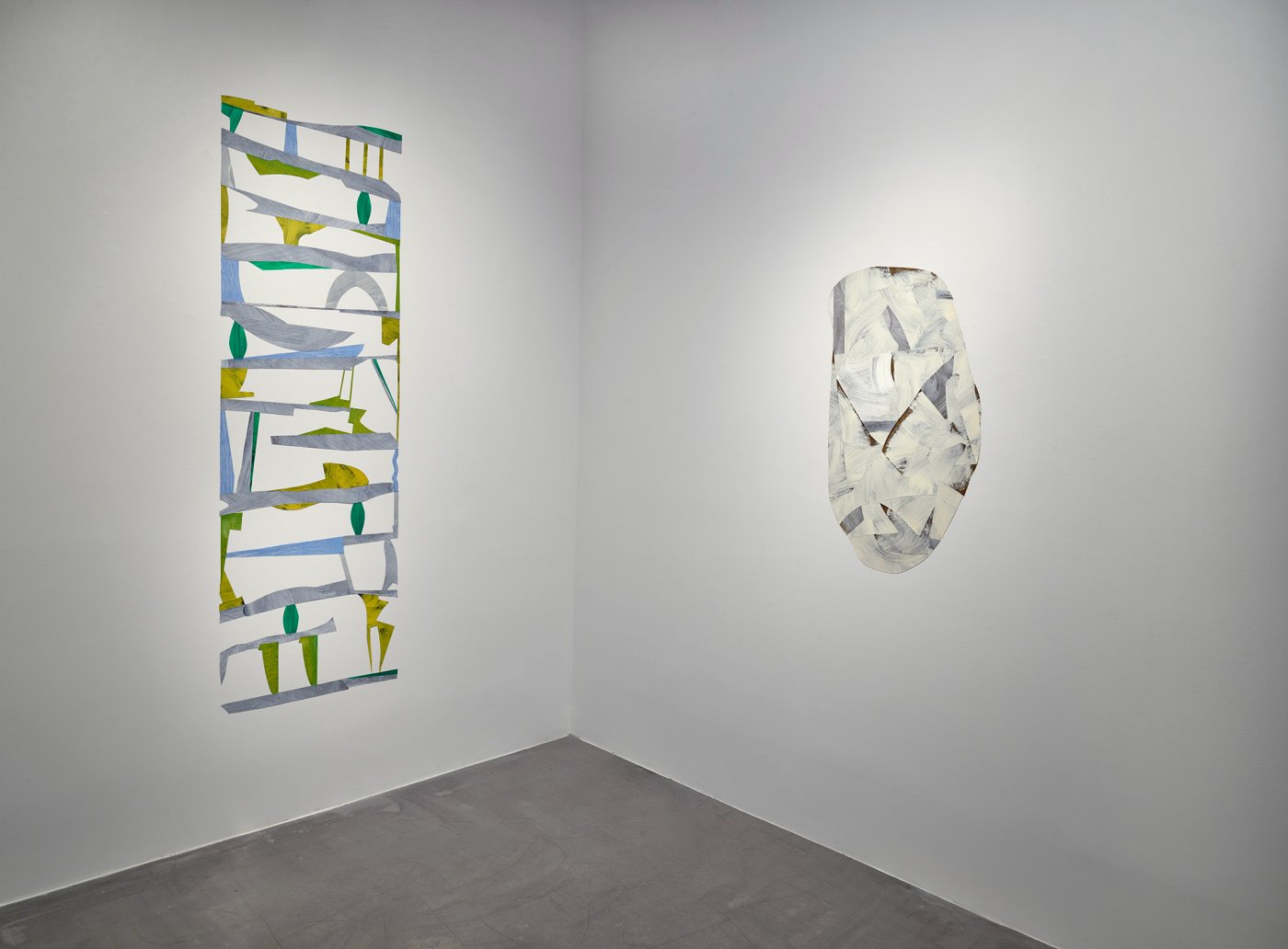 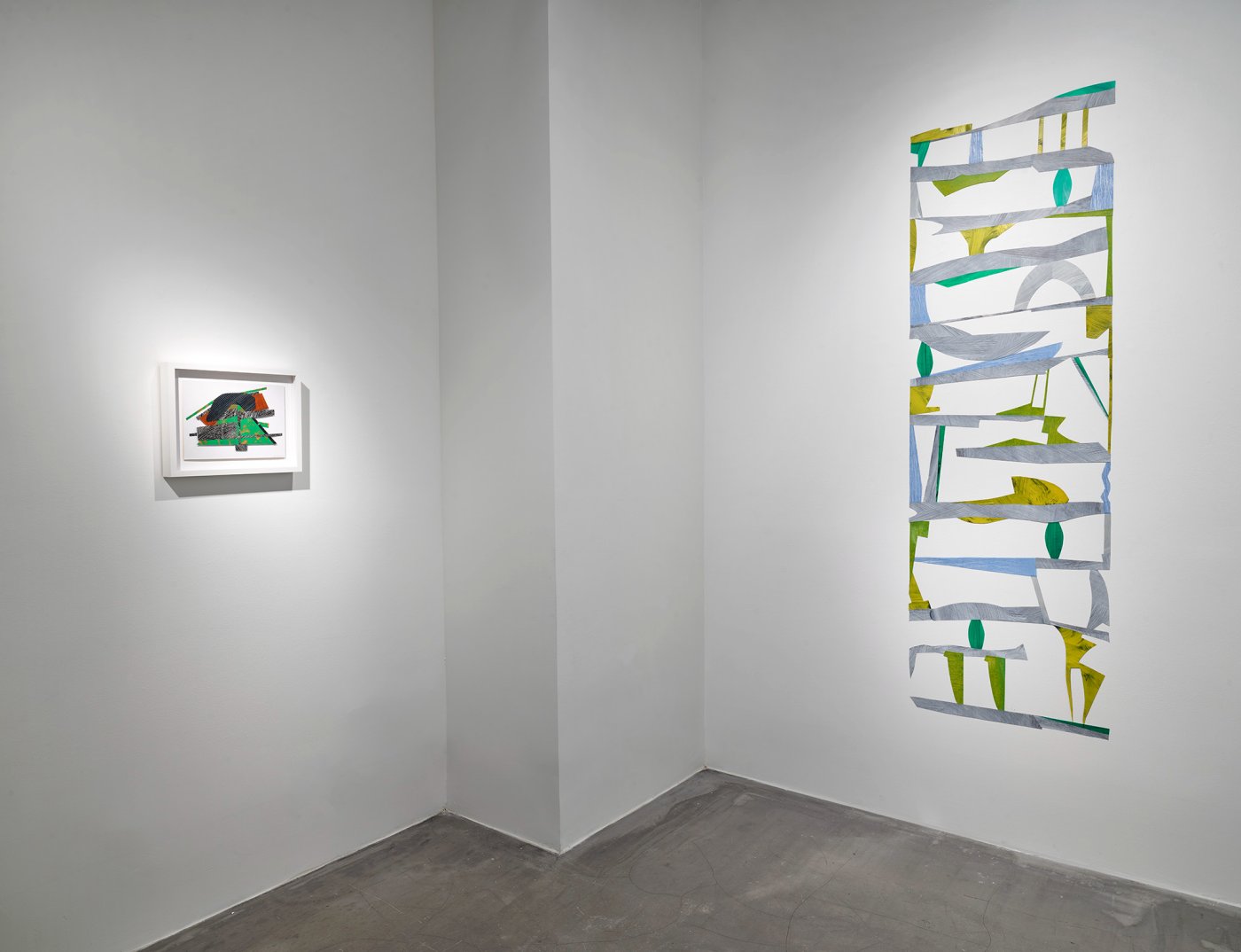 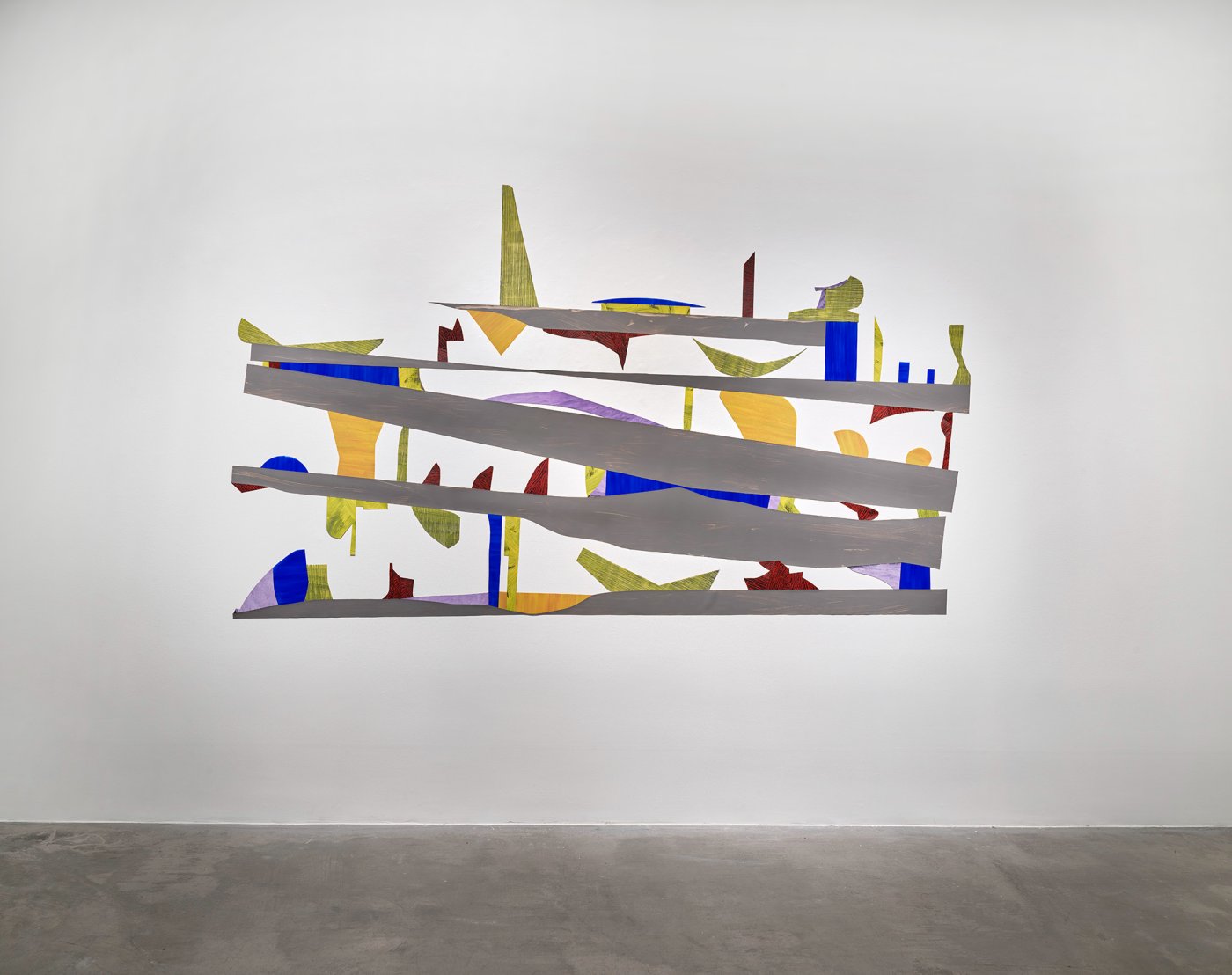 Nanette Carter creates collages, constructions, and installations that recall the lineage of African American quilt-making, while drawing on jazz, Japanese prints, Russian Constructivism, Abstract Expressionism, and other sources. She describes herself as a “builder, fascinated by the act of bringing pieces together to create a work of art,” while noting that “building is one of civilizations’ oldest endeavors.” Carter’s shaped collages, produced in multimedia on Mylar, are evocative of concepts in the African American abstract art tradition.

Shape Shifting debuts Nanette Carter’s most recent works including several large-scale wall collages. The exhibition is accompanied by a 16-page catalogue with an essay by Adrienne L. Childs, Ph.D.

ABOUT THE ARTIST
An artist who has been exhibiting her work nationally and internationally in numerous solo and group exhibitions since the mid-1970s, Nanette Carter creates abstract collages expressive of her sensitivity to injustice and humanity in the context of contemporary life and her responses to the drama of nature. Her shaped works, produced in multimedia on Mylar since 1997, are evocative of concepts in the history of abstract art and reflect the African American abstract art tradition, exemplified in the works of Alma Thomas, Sam Gilliam, William T. Williams, Howardina Pindell, Romare Bearden, and Alvin Loving Jr. In fact, Loving (1935–2005) was Carter’s mentor. A close friend, he inspired her in his view of invention in art as the result of process, in a manner akin to how jazz musicians create something new by riffing off of a melody.

A retired professor of art at Pratt Institute, Brooklyn (2001-2021), Carter was born in Columbus, Ohio, and grew up in Montclair, New Jersey, where her father was the city’s first Black mayor, and her mother was a vice principal in Paterson, New Jersey and a dance teacher. While a student at Oberlin College, Ohio, Carter spent her junior year in Perugia, Italy, studying at the Accademia belle Arti and showing her work at Università per Stranieri. While abroad, she traveled widely, in Europe as well as in Africa. Majoring in art history and studio art, she graduated from Oberlin in 1976. That year she had her first solo show of drawings and prints at Oberlin, and her work was included in a tour organized by the National Association of Fine Arts Small Colleges. Carter continued to study art at Pratt, where she received her MFA in 1978. She was featured in several exhibitions in 1978, including the 25th Annual Juried Exhibition, which was held at the Parrish Art Museum, Water Mill, and curated by photographer Hans Namuth; Women Celebrate Women, held at the Nassau County Museum, Hempstead, New York; and a three-artist show, including the work of Rosalind Letcher and Loving, held at the Elaine Benson Gallery, Bridgehampton, New York. In an article in Newsday on the Benson show by Amei Wallach, Loving and Carter were interviewed. Loving called Carter “a great artist,” noting that he had “a vested interest in having her work seen by as many people as possible.” Carter stated to Wallach: “I think my work is very rhythmical and sensitive to forms,” commenting that she was “dealing with pattern . . . in a very African way, because of rhythm, because of line.” Wallach observed in Carter’s “delicate prints of undulating white forms growing out of gray and black dots and splotches” a quality like the syncopated jazz patterns in the work of Stuart Davis, along with “infinite depth” that Carter had been “picking up from Loving.” In 1979 Carter was included in Eastville Artists, a show curated by Loving that was held at Guild Hall Museum, East Hampton. In a review in the New York Times, Helen Harrison gave recognition to woodcuts in Carter’s Syncopated Scapes series, noting that in these works, Carter used of a method of color gradation frequently seen in Japanese prints, while peppering “her compositions with bright and shining accents of color that suggest fragments of sound.”

Carter has evolved her work continually and participated actively in gallery and museum exhibitions. When her collages were included in a show at the Studio Museum in Harlem (1981), Theodore F. Wolff wrote in a review that Carter’s work exemplified the major attribute of the show, its “openness of spirit.” He described her contribution as consisting of “muted, highly sophisticated works in which narrow color strips play dramatically against softly textured (or plain) backgrounds,” producing an effect “of a contained explosion, with the energy held in check or released by extremely subtle adjustments of the length, placement, color, or texture of the narrow strips of collage material.”

Of a show at June Kelly Gallery, NY (1991), Ruth Bass noted in Artnews, that her works were “striking, evocative landscapes [that] exist at some mysterious junction between the world of dreams, mythology, and folklore and the realm of everyday experience.” In 1996 Carter was represented in the traveling exhibition, Bearing Witness: Contemporary Works by African American Women Artists, curated by Jontyle Theresa Robinson, including Howardina Pindell, Faith Ringgold, and Carrie Mae Weems. Two of the authors of the catalogue were Maya Angelou and Lowery Stokes Sims.

In 2014 Carter was included in the group exhibition, African-American Artists & Abstraction, held at the Museo Nacional de Bellas Artes, Havana, Cuba. In 2017 Carter was featured in Magnetic Fields: Expanding American Abstraction: 1960s to Today, a traveling museum show featuring African American women artists, organized by the Kemper Museum of Contemporary Art, Kansas City. In 2021, Carter was the program curator and a participant in Creating Community: Cinque Gallery Artists at the Art Students League.

Nanette Carter has received many grants, fellowships, and awards including most recently in 2021, The Anonymous was a Woman Award. Carter is currently in a two-person exhibition at Towson University, Maryland and a solo exhibition at the Hunterdon Museum, Clinton, New Jersey. Berry Campbell exclusively represents Nanette Carter.

Courtesy of the artist and Berry Campbell Gallery, New York