I realized that this stuff has been around a long time, and it’s passed through this odd transition. Before it was in the earth, it was floating as a molecule in outer space—it was part of somebody’s star, or part of somebody’s exploding planet.
—Nancy Rubins 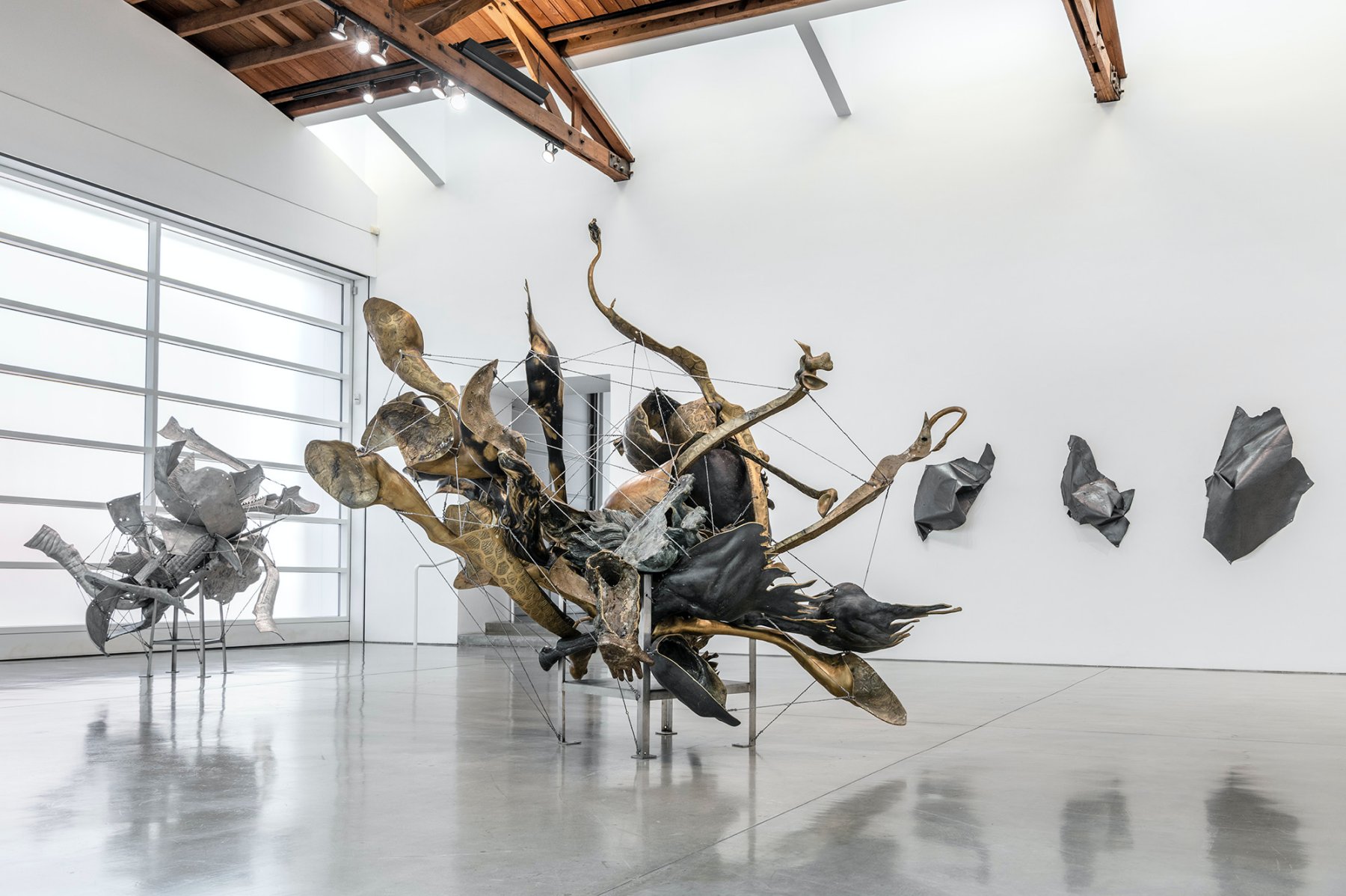 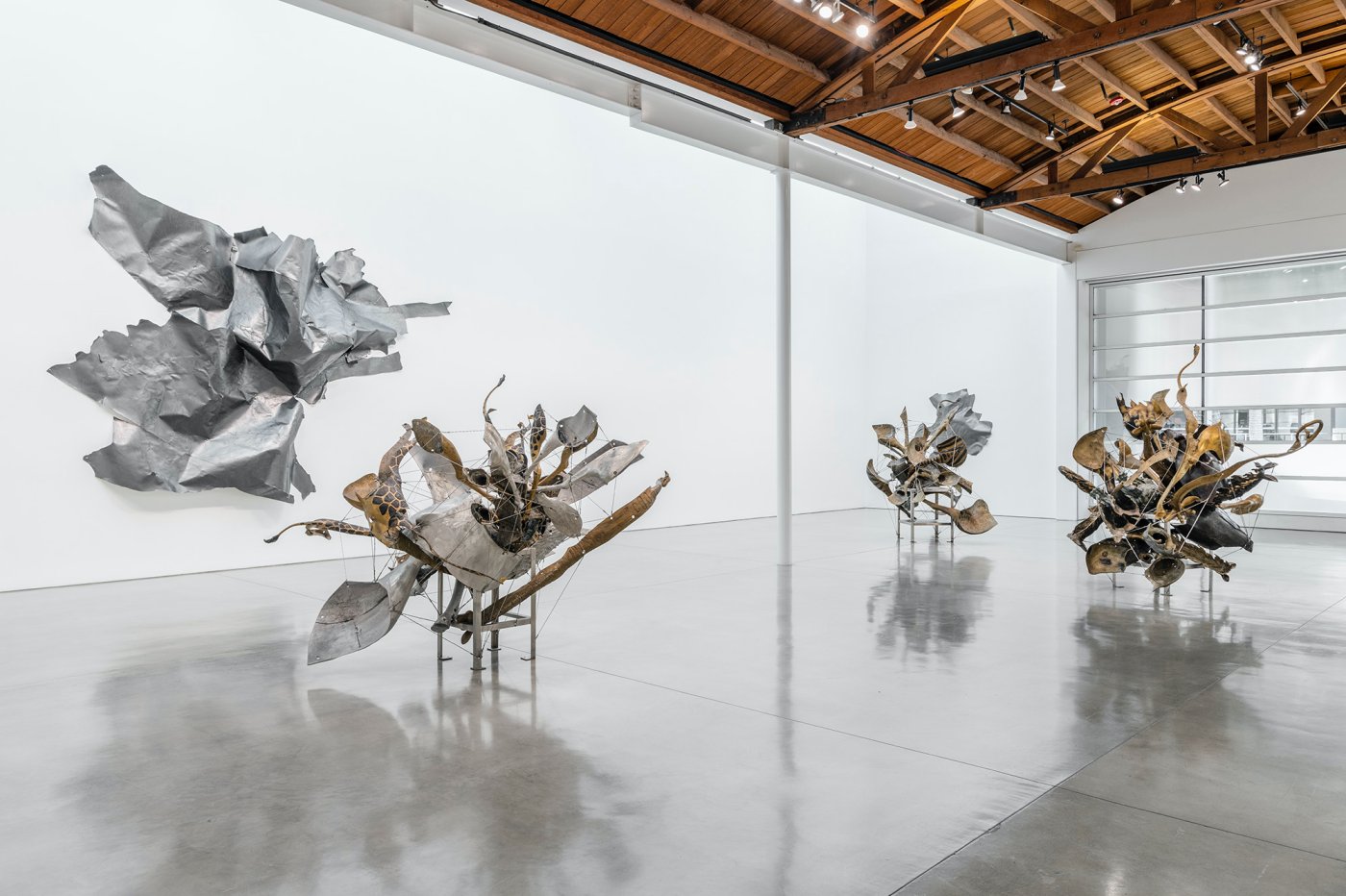 Since the late 1970s, Rubins has transformed industrial and found objects—everything from television sets and airplane parts to canoes and carousel animals—into engineered abstractions following rhizomatic patterns. Her first public project, Big Bil-Bored (1980) was commissioned for the Cermak Plaza shopping center in Berwyn, Illinois, and she has continued to work on a large scale ever since; Big Pleasure Point, a structure composed of more than sixty small water vessels, was installed outside New York’s Lincoln Center for the Performing Arts in 2006.

In Fluid Space (2019–), the series from which the exhibition takes its title, Rubins uses the same cast metal animals that appeared in her Diversifolia series (2016–18), now sliced into fragments that expose their seams and undersides, calling further attention to the shape-shifting potential of the metal itself. These quasi-organic structures bloom from tables and stools, recalling works such as Table & Airplane Parts (1990–2011), which incorporate architectural foundations from which disparate elements emerge.

In sculptures such as Fizzy’s Nebuli and Noir’s Cluster (both 2019), parts of the cast animals are bound together by webs of tensile cables, producing configurations that are no longer legible as fauna, reading instead as structures that approximate rosebuds or ivy tendrils. The sculptures’ titles also emphasize their correspondence with cosmic and cellular phenomena. In these and other works, Rubins testifies to her chosen materials’ resilience while also hinting at ongoing processes of change.

Also on view are large-scale and smaller unmounted drawings on paper, fixed directly to the wall in Rubins’s customary manner. She covers the entire surface of the thick paper with graphite, producing a dense, shiny, steel-gray expanse that bears traces of her hand and gives the impression of bottomless depth. In the larger drawings, multiple sheets of paper are combined and folded so that they arc away from the wall, echoing the forms of some sculptures.