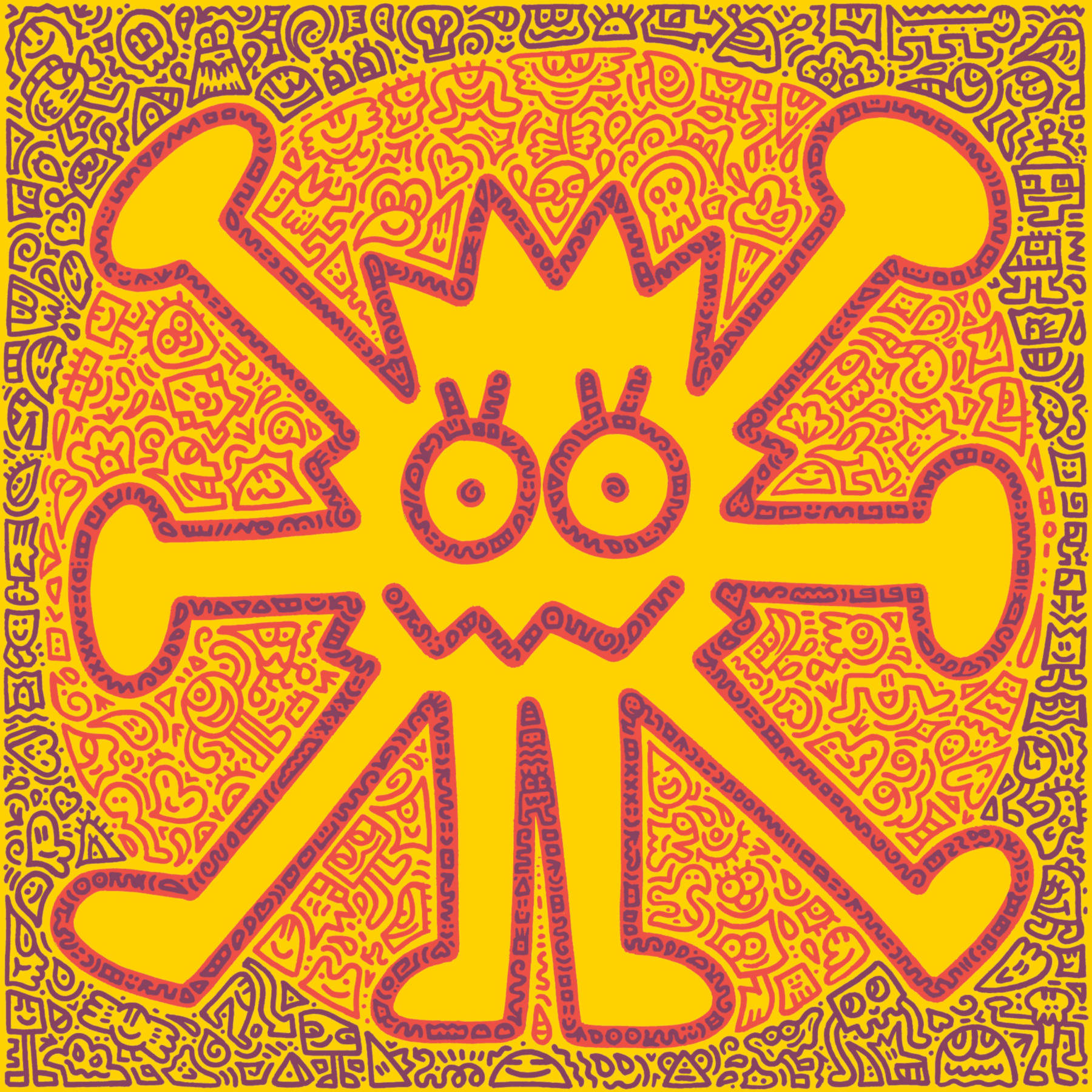 Sam Cox, also known as Mr. Doodle is born in Kent, England in 1994. Starting his artist career covering his bedroom with paper doodles at the age of nine, he could scribble over any objects he managed to get a hold of since a young age, he not only created a whole new type of art but his own DoodleLand. DoodleWorld is Mr. Doodle’s vision of the world, where collections of his artworks are presented, together they create a world where nothing is to be taken too seriously, and humour can always be found in every corner of this world. Often described as ‘Graffiti Spaghetti’, his work is formed with groups of characters, patterns, and objects. Mr. Doodle often explains his work as “OCD – Obsessive Compulsive Drawing”; twisting the traditional formation of graffiti and using his pens to fill every possible space on his canvas. He can improvise anywhere, with any objects being his canvas, including furniture, books, subways, clothing, and etc. Sotheby’s Gallery proudly presents the informal and humours works of this spectacular 21st century artist.

I doodled these three paintings, ‘Blue Sky’, ‘Green Planet’ and ‘Red Mountain’ consecutively, with the aim of capturing a fun and happy energy in each of the pictures. The core of my work is about allowing my working form of what I call ‘graffiti spaghetti’ to consume and take over objects, causing every character and item in the piece to appear in a cuddled mass. Each one of the lands in the three pieces is a different place in DoodleWorld, where alternative characters and settings exist. Whether it’s at the top of Red Mountain and the happy clouds or at the centre of Green Planet with the curious UFO.