Galerie Chantal Crousel hosts Mona Hatoum’s newest solo exhibition in its second space at 5 rue de Saintonge, with a presentation of the major installation Performance Documents, 1980-1987/2013. This important work comprising photographs, sketches, drawings, notes, descriptions and videos, brings together rare archive material from a strategic and early point in Hatoum’s career when she created performance in both a gallery setting and outside, on the streets. 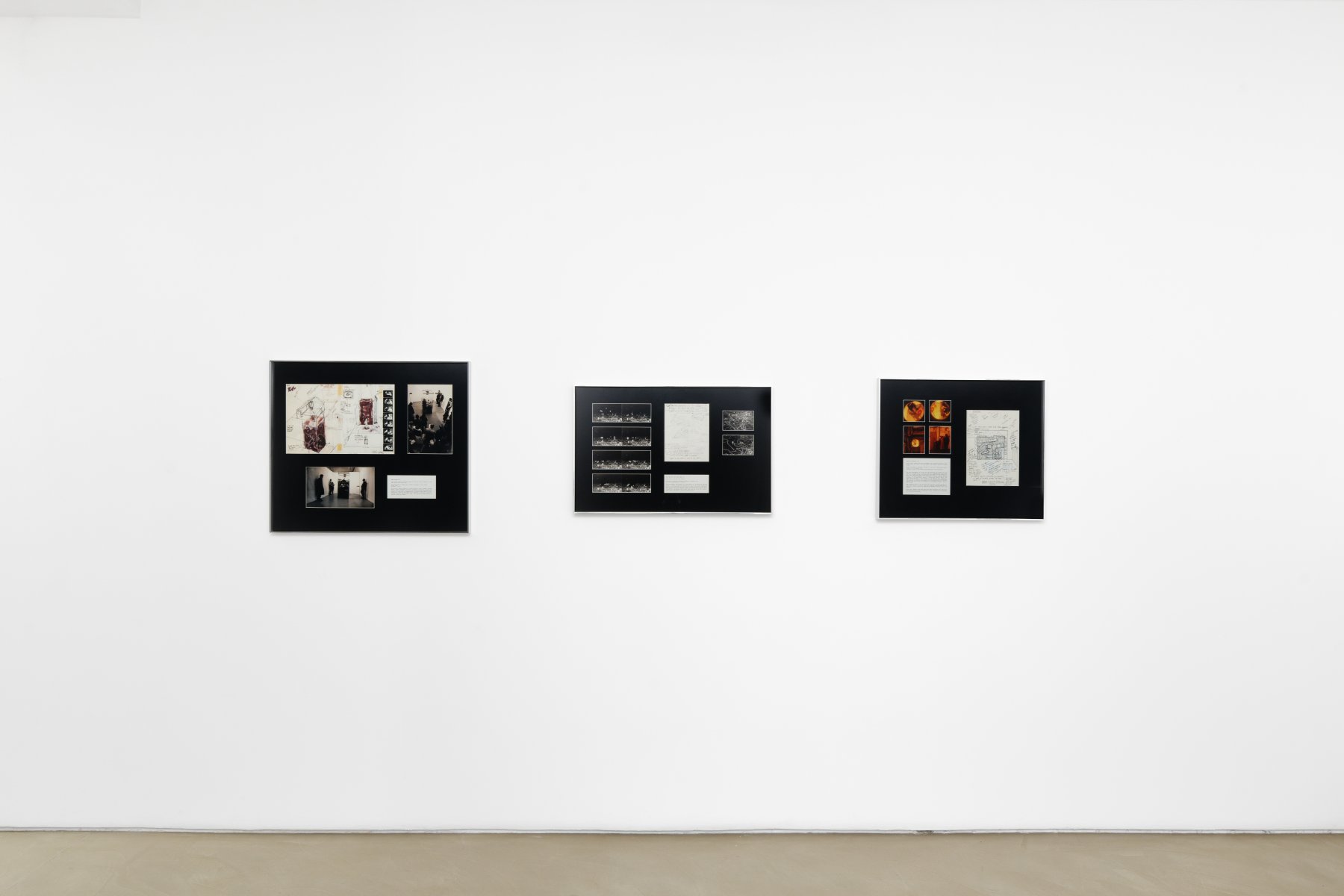 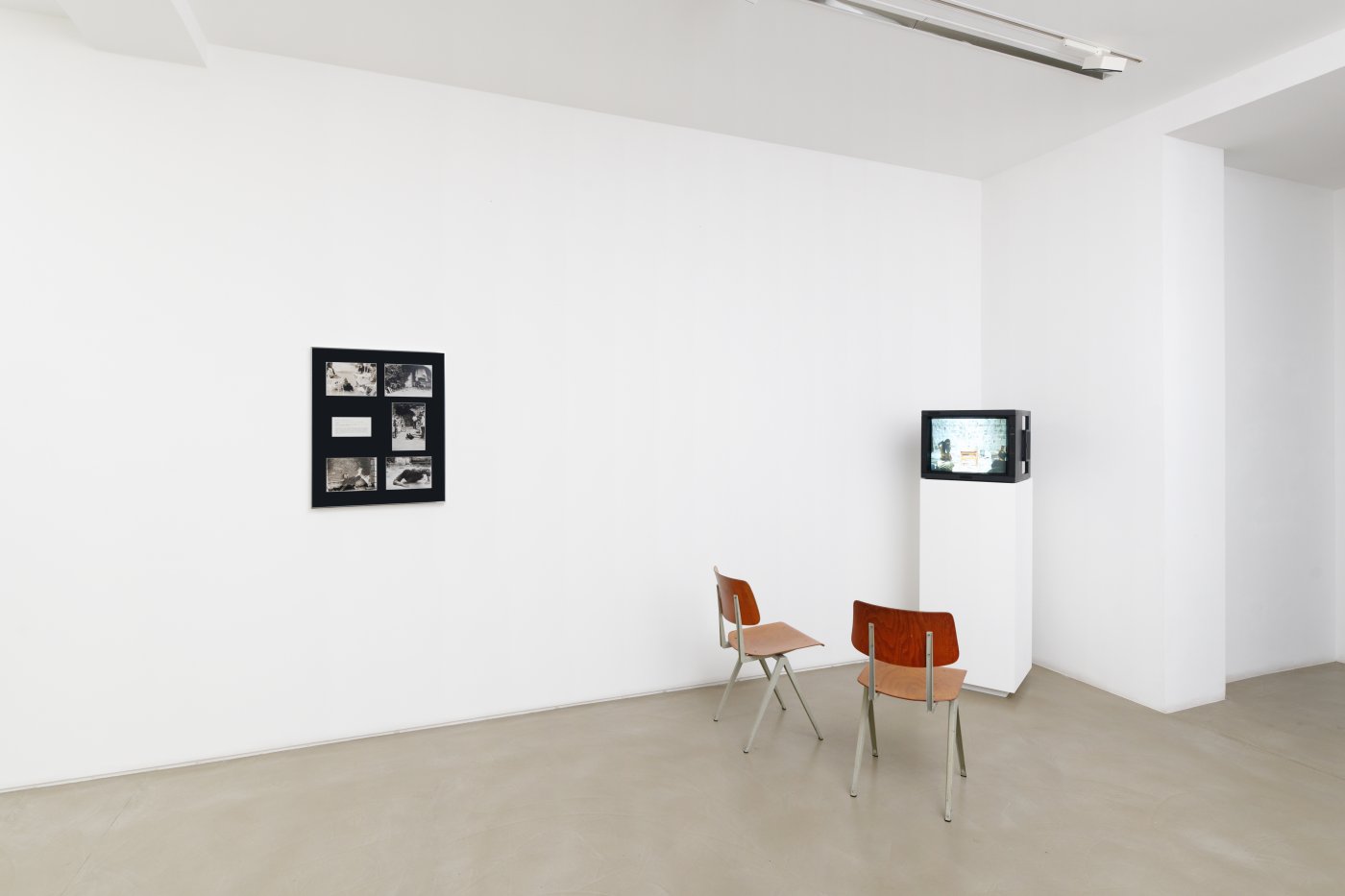 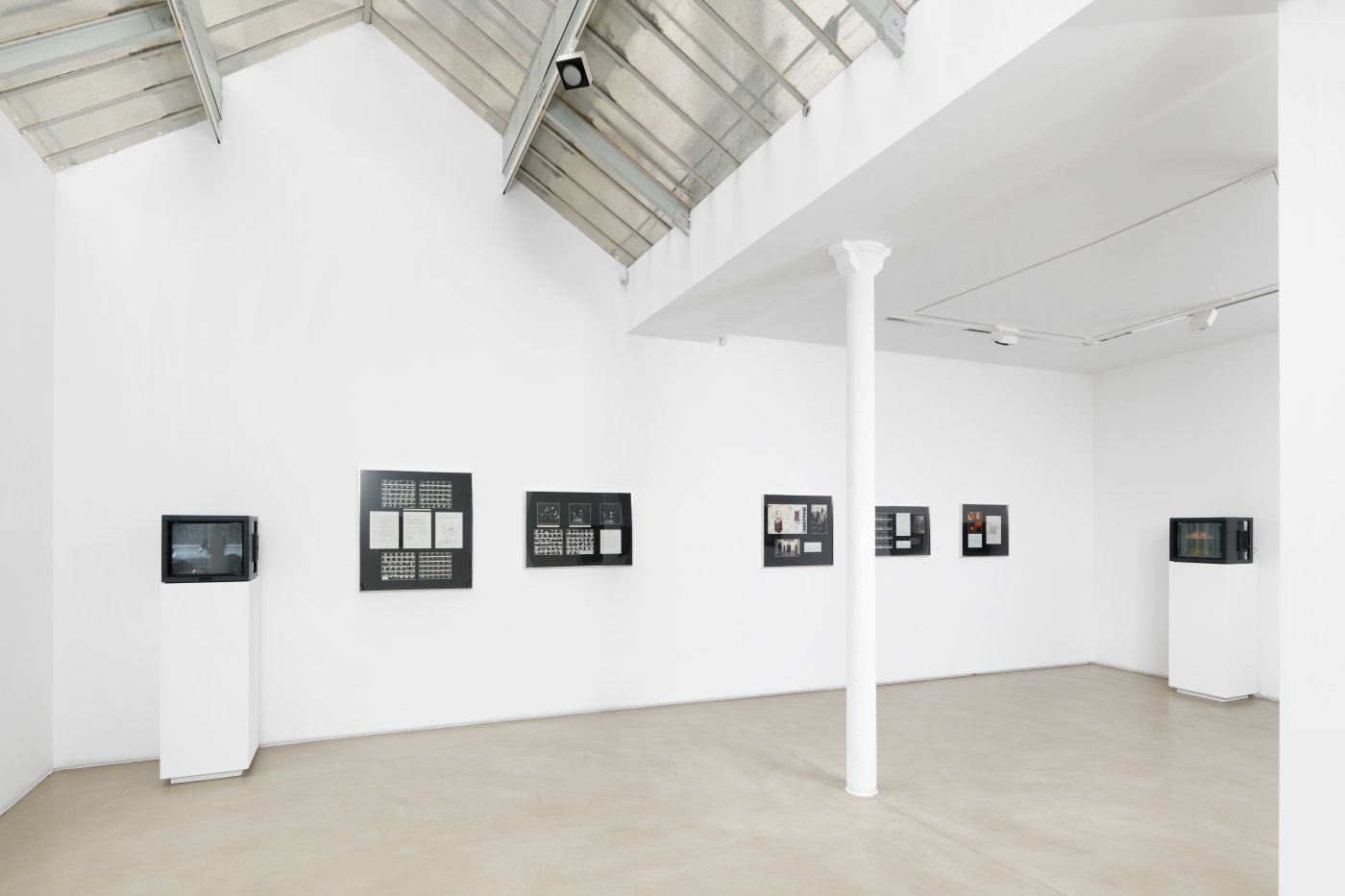 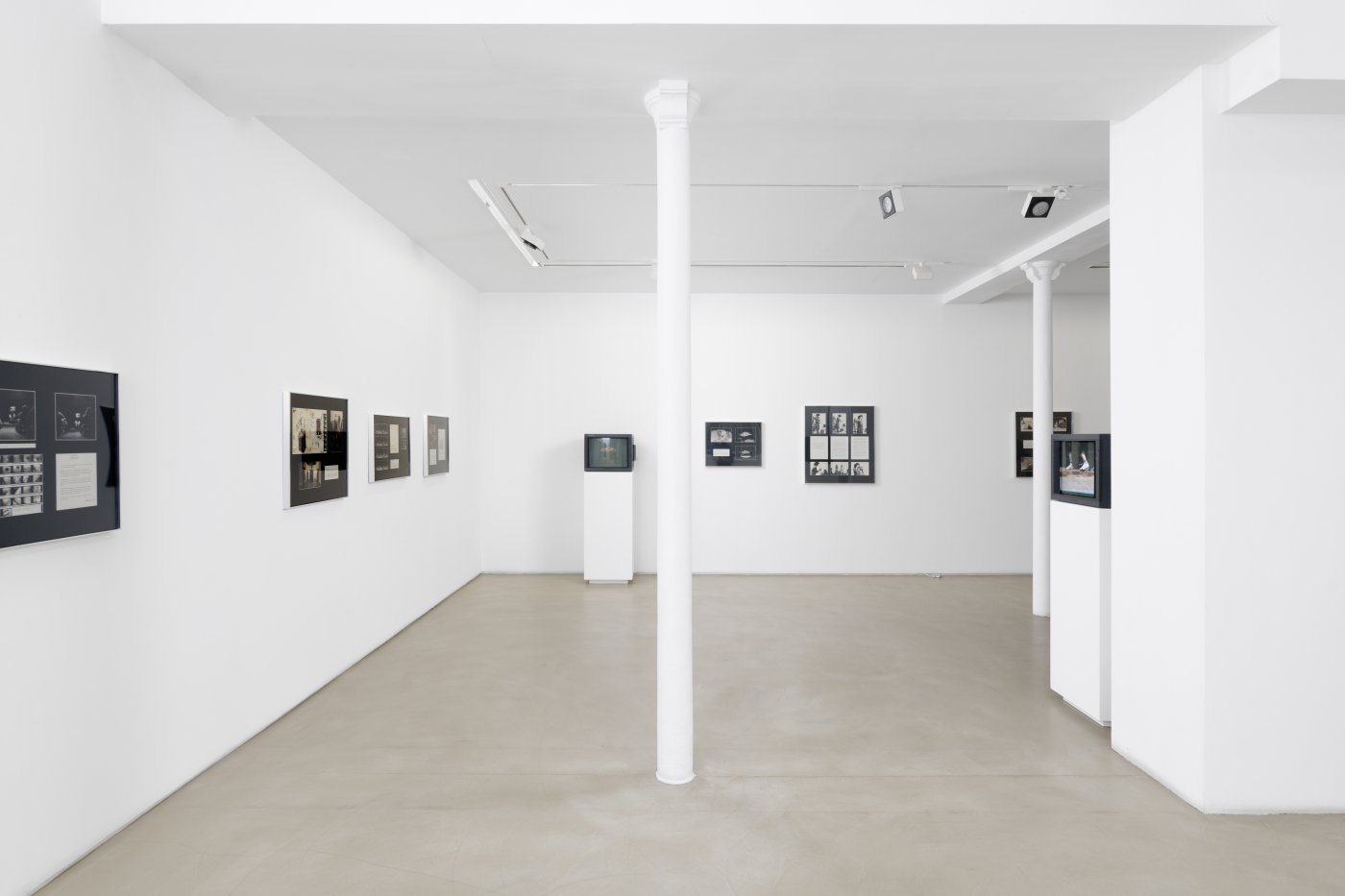 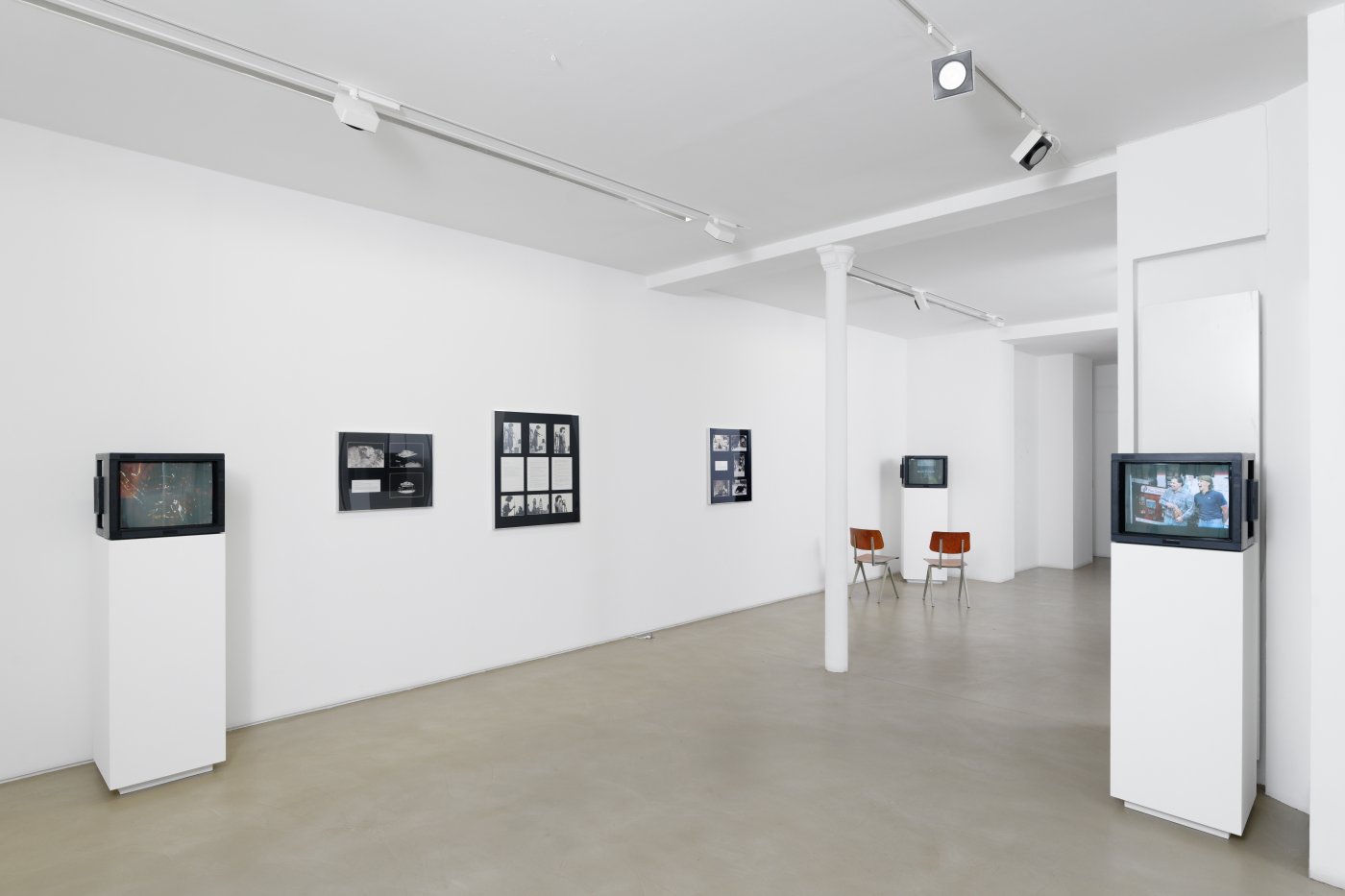 Hatoum’s performances are particularly striking since they are both dramatically visual and emotionally and politically engaged, characteristics which underpin all of her work thereafter. In these works we see themes that the artist returns to many times in her sculptures, installations and works on paper, with particular focus on the body, issues of gender and notions of conflict and displacement. Props such as furniture and domestic tools as well as confined, architectural structures create a textural background for actions that focused intensely on the body and, in particular, on the experience of being a displaced person.

The sketches are also remarkable in that they evidence the emerging sculptor that Mona Hatoum would become as well giving vivid insight into the working mind of an artist, showing both the initial ideas as well as the revisions and changes that are necessary in order to create a successful artwork. Mona Hatoum’s decision to make performances at this time was partly due to necessity since she had limited funds, but also due to her active involvement in the fringe scenes of the London art world at the time, having recently graduated from art school. Since these works were often performed only once, this documentation provides the contemporary viewer with a unique, highly interactive engagement not just in an important period in Mona Hatoum’s career but in 1980s art in general.

In 2020, Mona Hatoum has been awarded the Julio González Prize 2020 by the Valencia Institute of Modern Art, as well as the Praemium Imperiale prize for Sculpture in 2019, submitted by Japan Art Association, the most historical cultural foundation in Japan. She was presented with a number of additional prizes during her career, such as the Hiroshima Art Prize by the Hiroshima City Museum of Contemporary Art (2017), the Joan Miró Prize of the Fundació Joan Miró (2011), and the Roswitha Haftmann Stiftung Prize, Zurich (2004) among others.

In 2015, her major exhibition at the Musée National d’Art Moderne, Centre Georges Pompidou, Paris travelled to Tate Modern, London, and the Museum of Contemporary Art Kiasma in Helsinki (2016).