Kamel Mennour presents Brutal Family Roots, a new exhibition by Mohamed Bourouissa, following his project shown at NIRIN, the 2020 Biennale of Sydney and his previous installations at 2018 Liverpool Biennial, the 2018 Marcel Duchamp Prize, and the 2019 Sharjah Biennial. 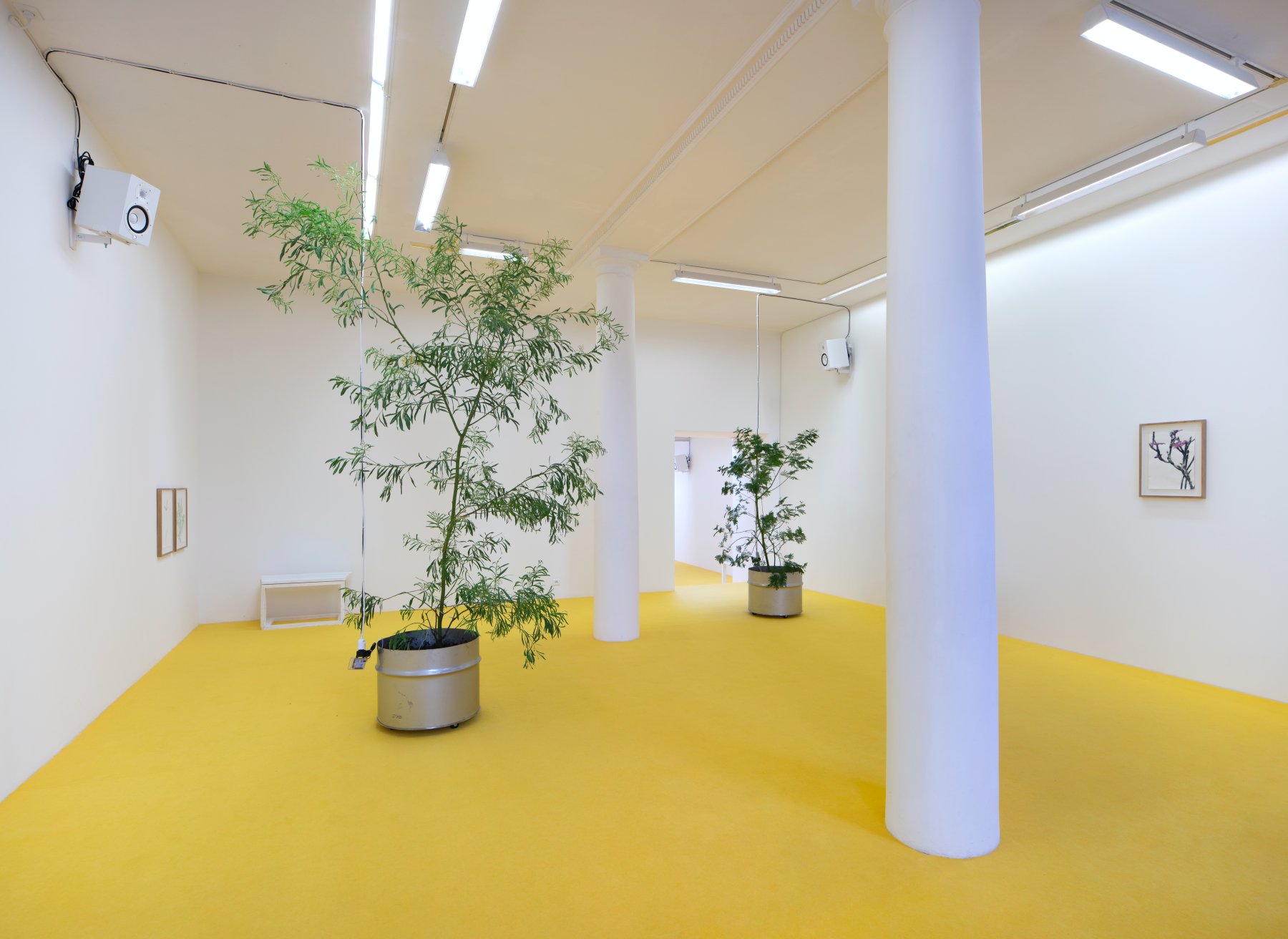 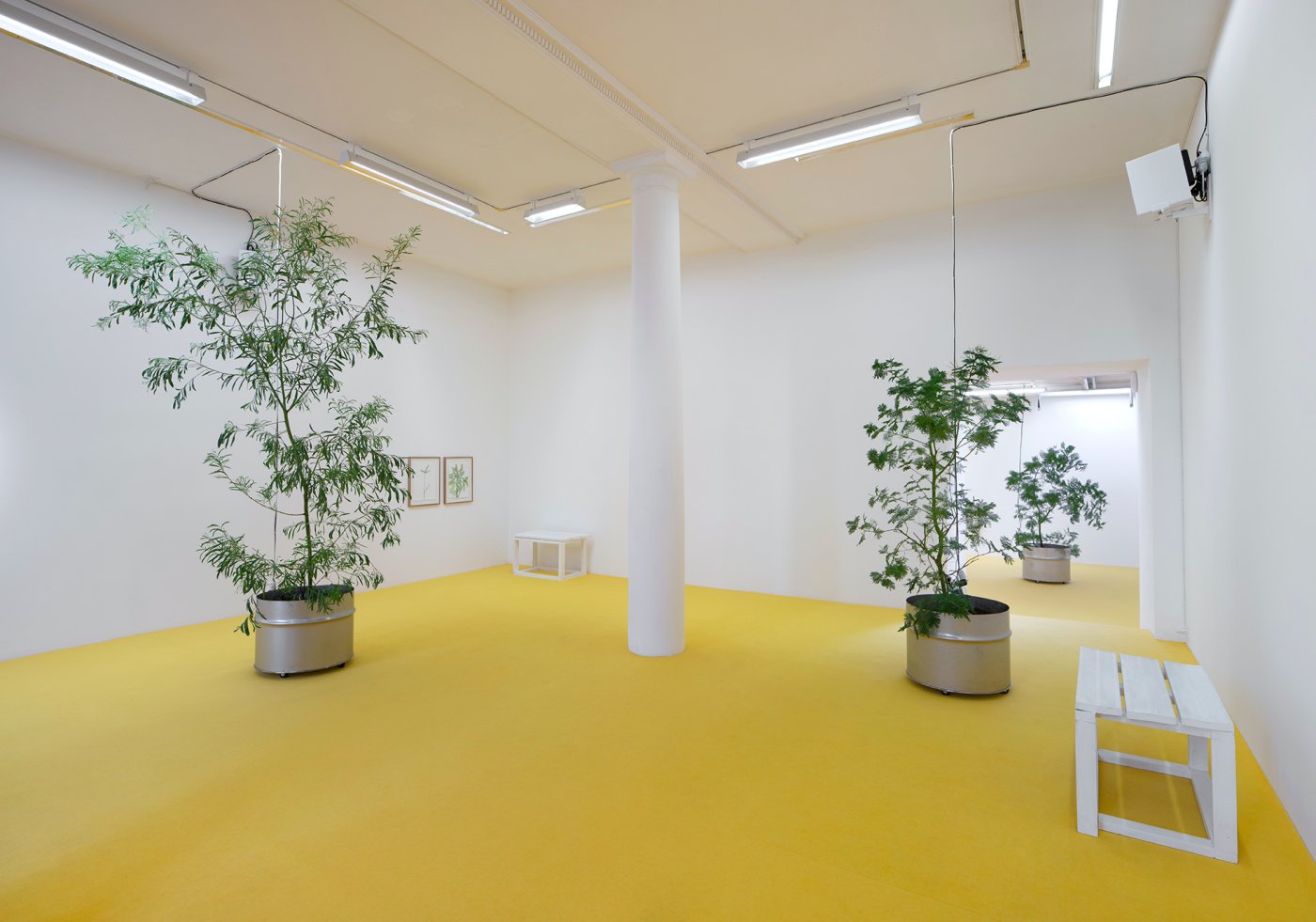 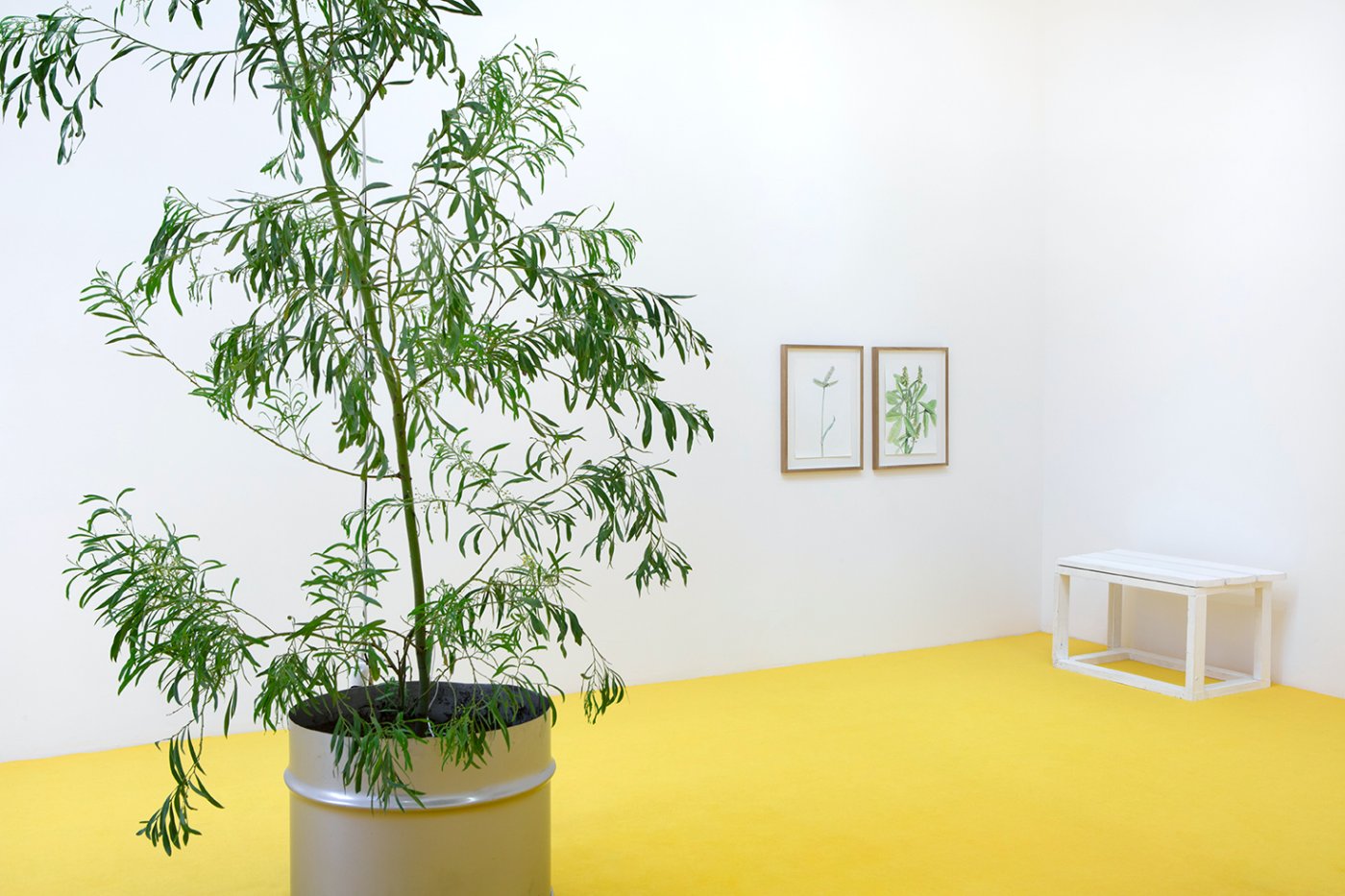 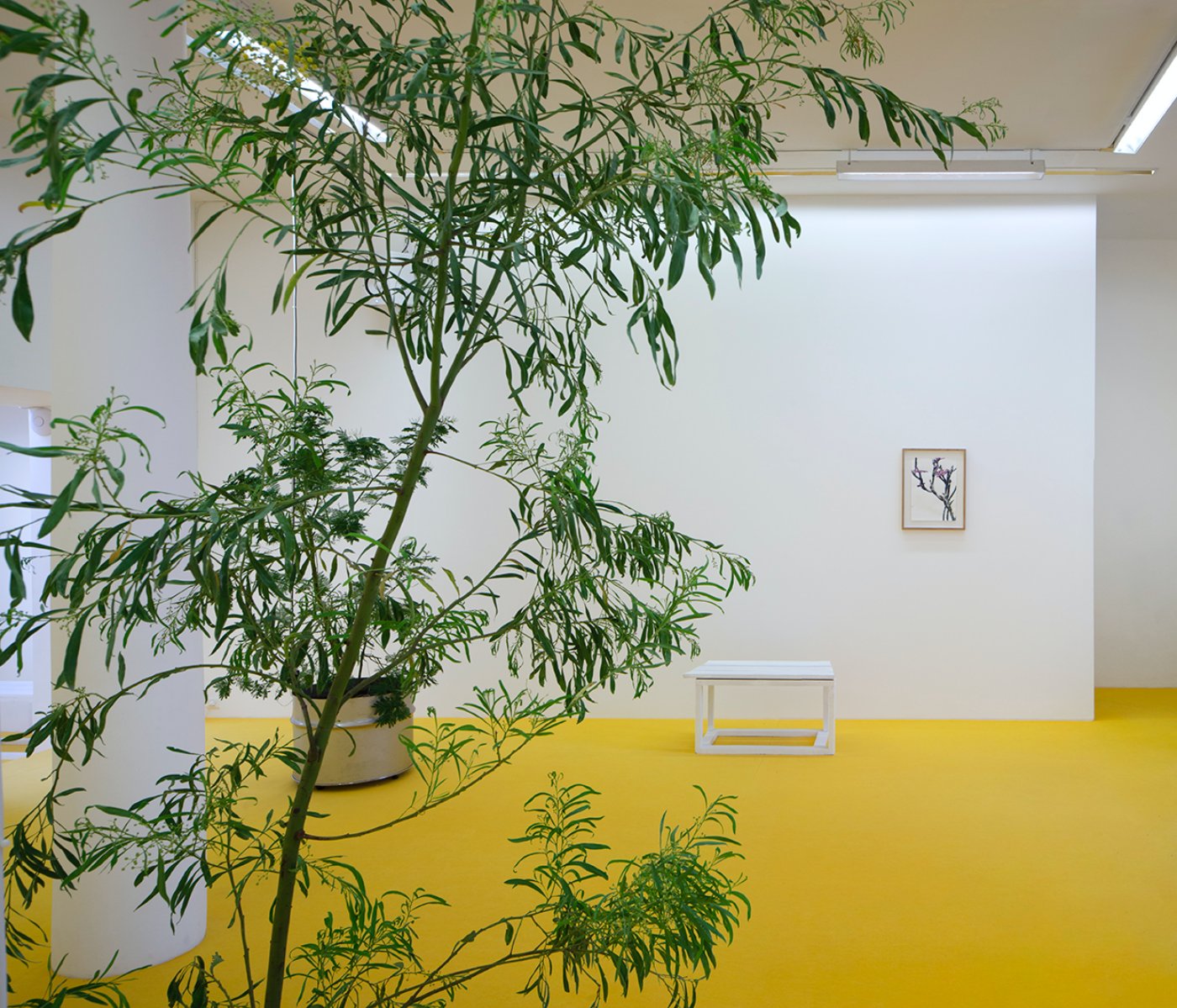 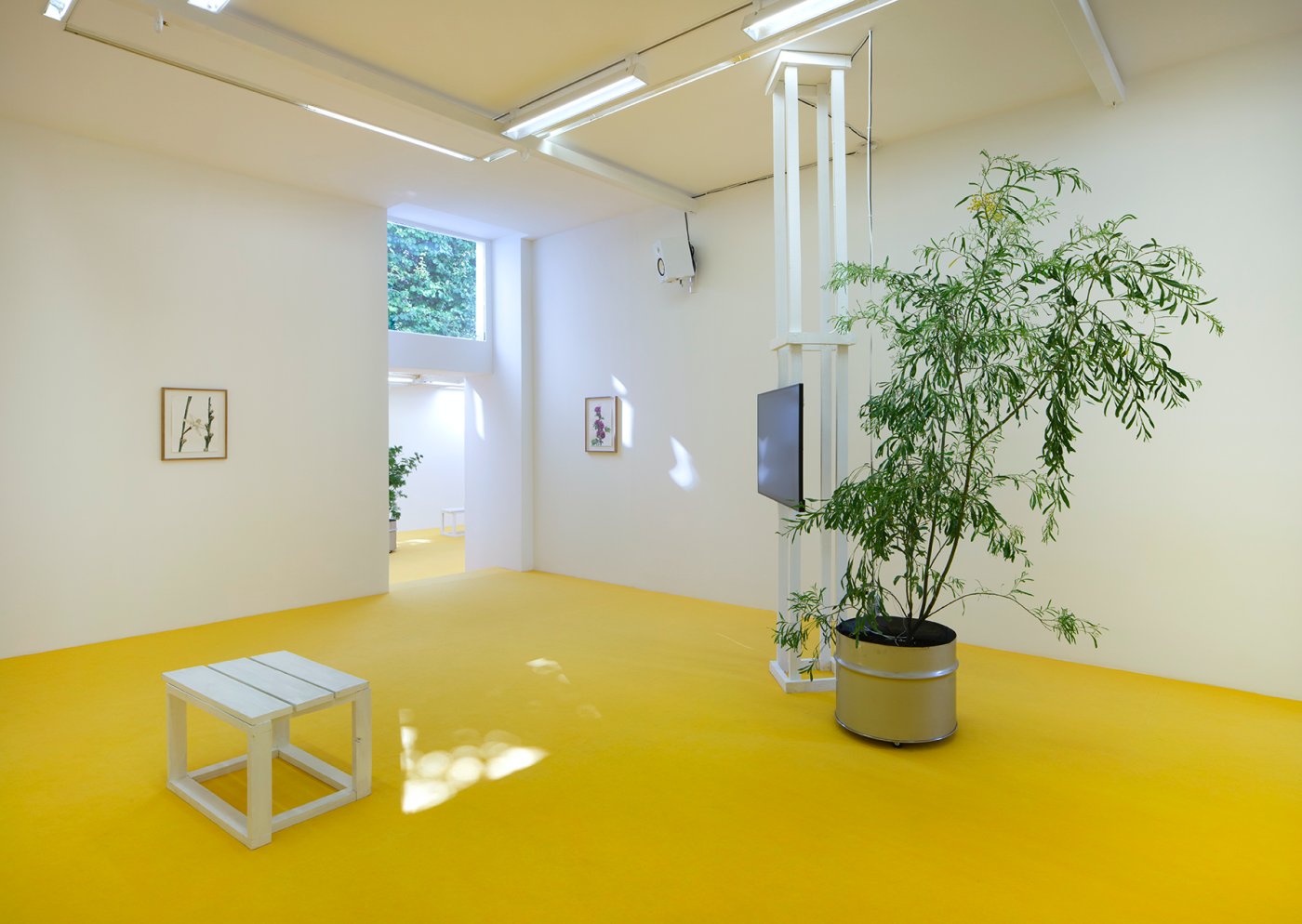 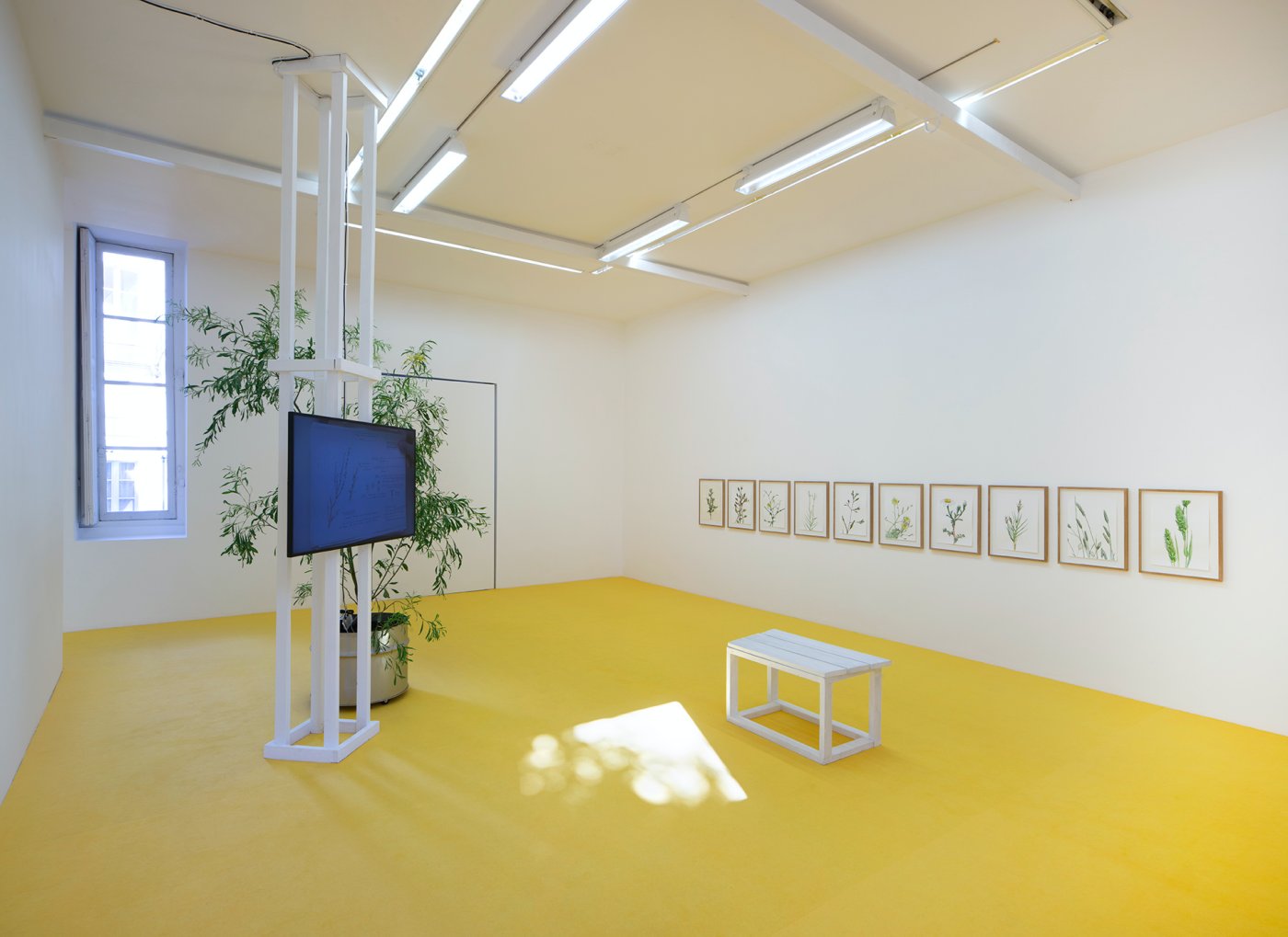 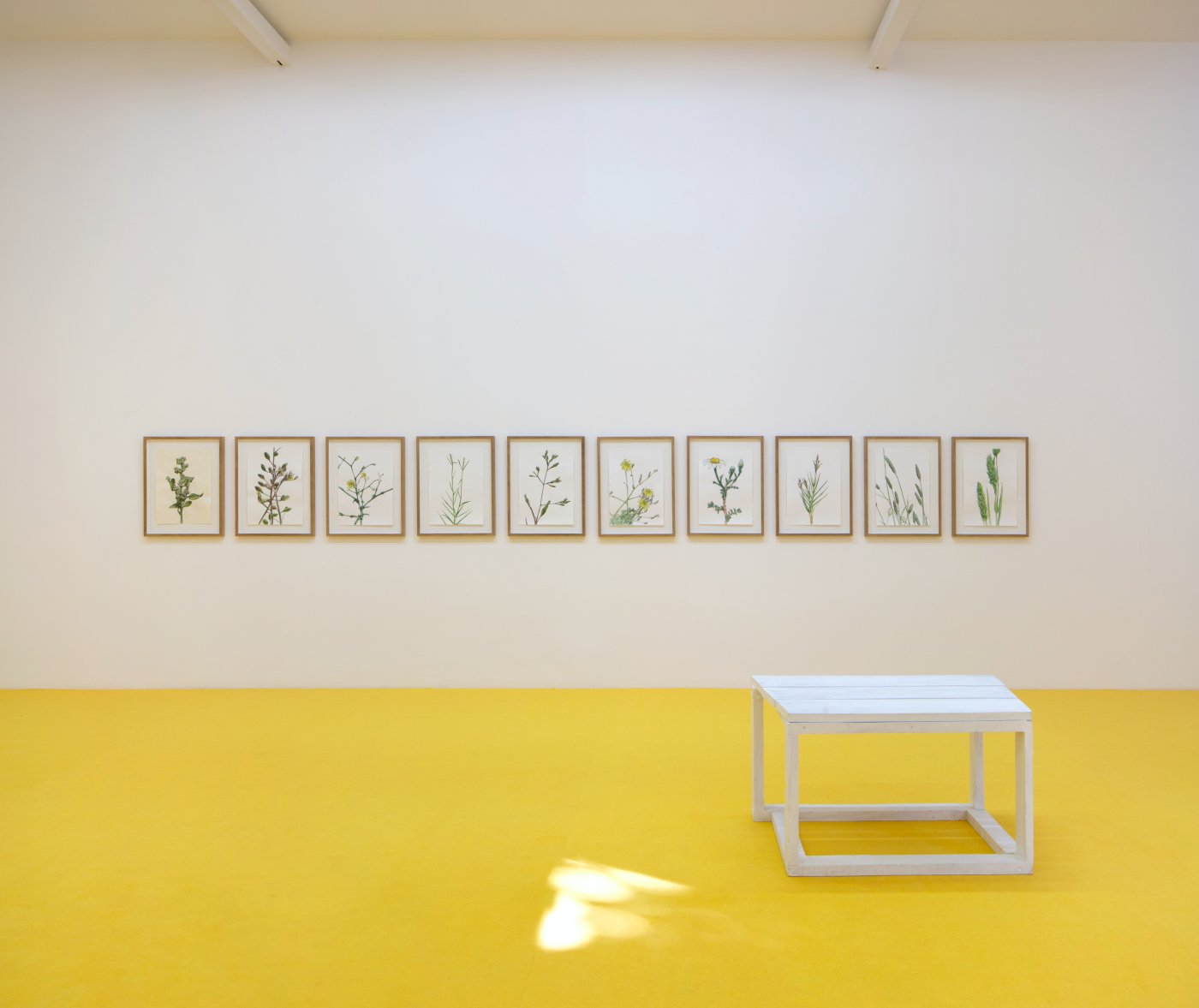 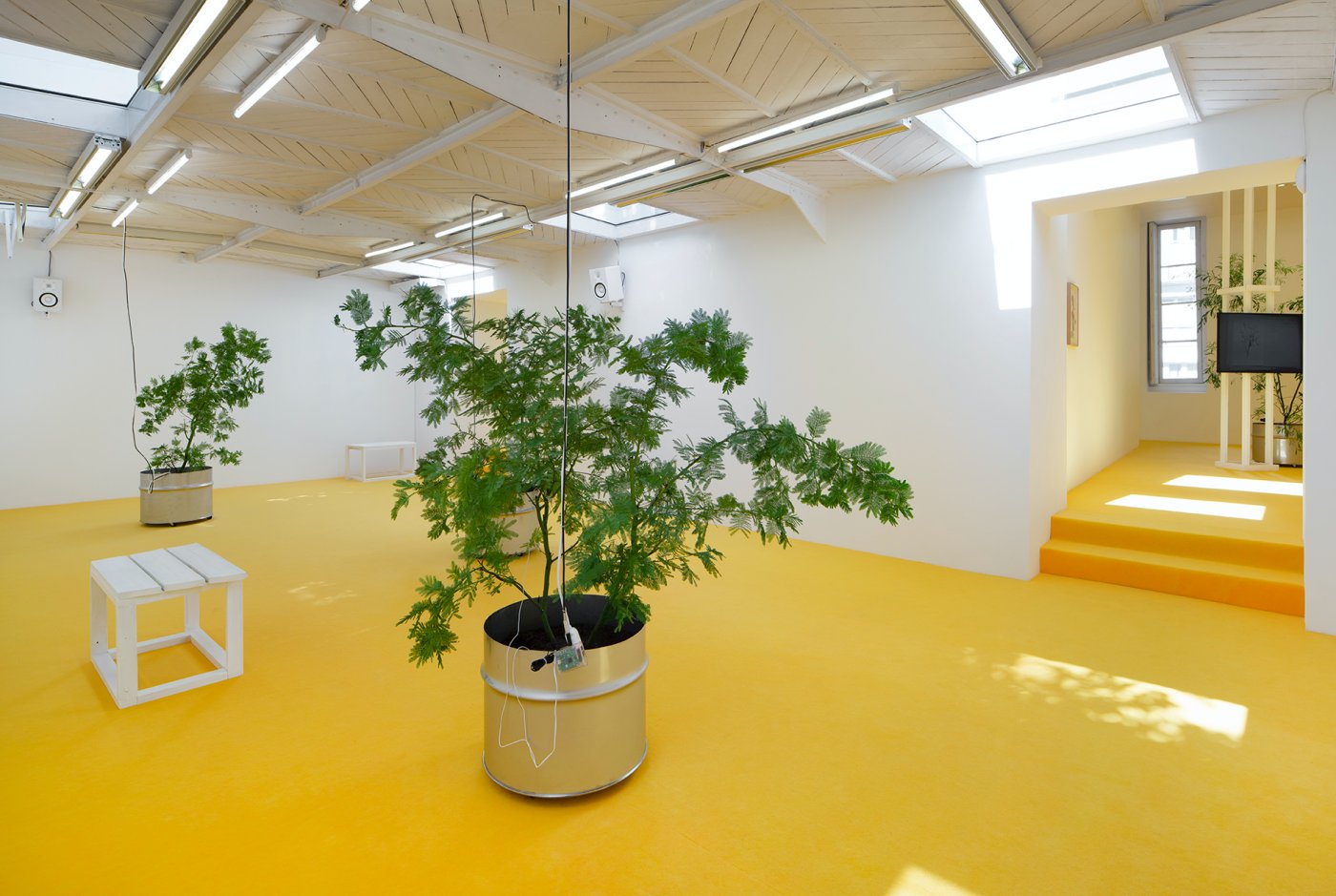 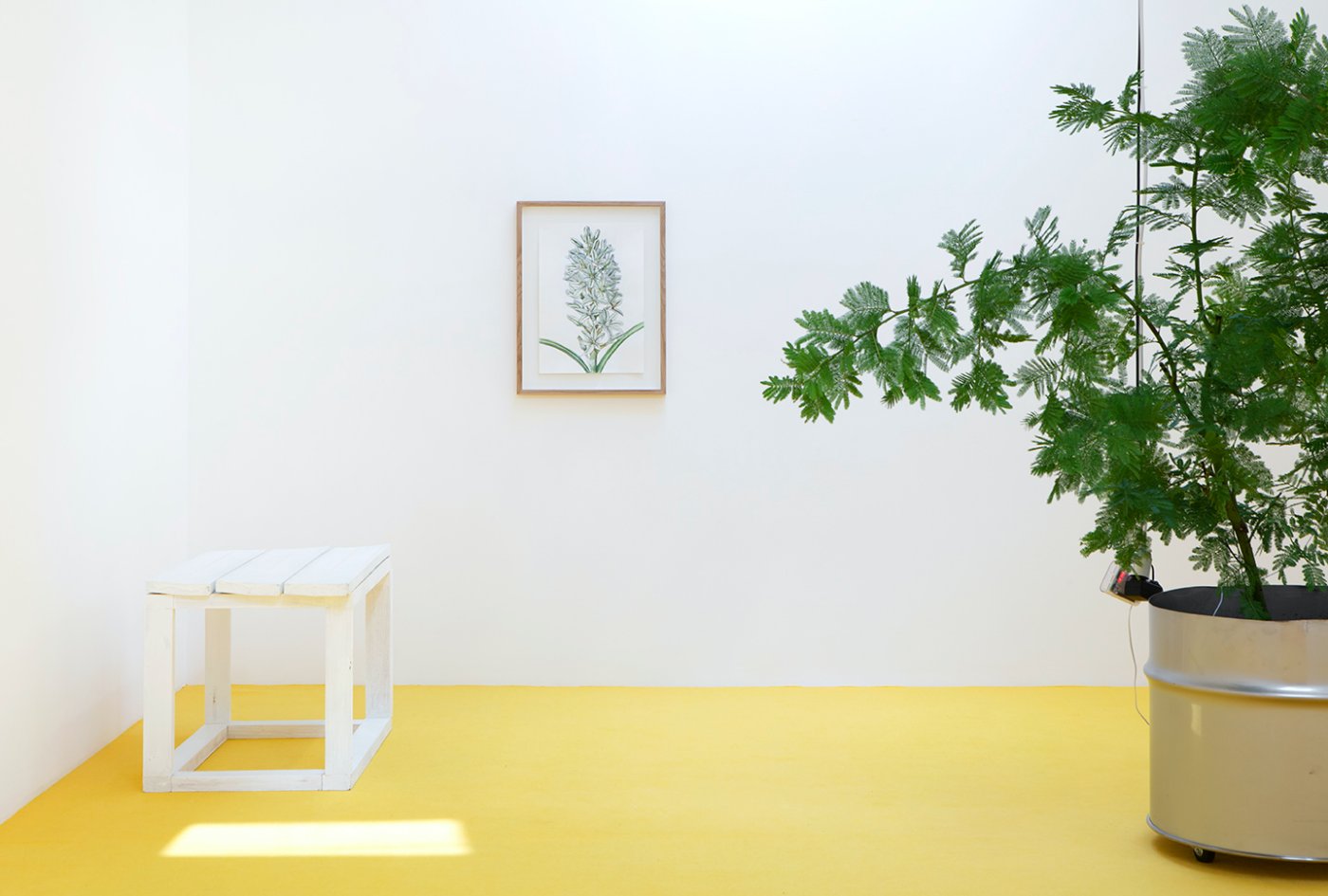 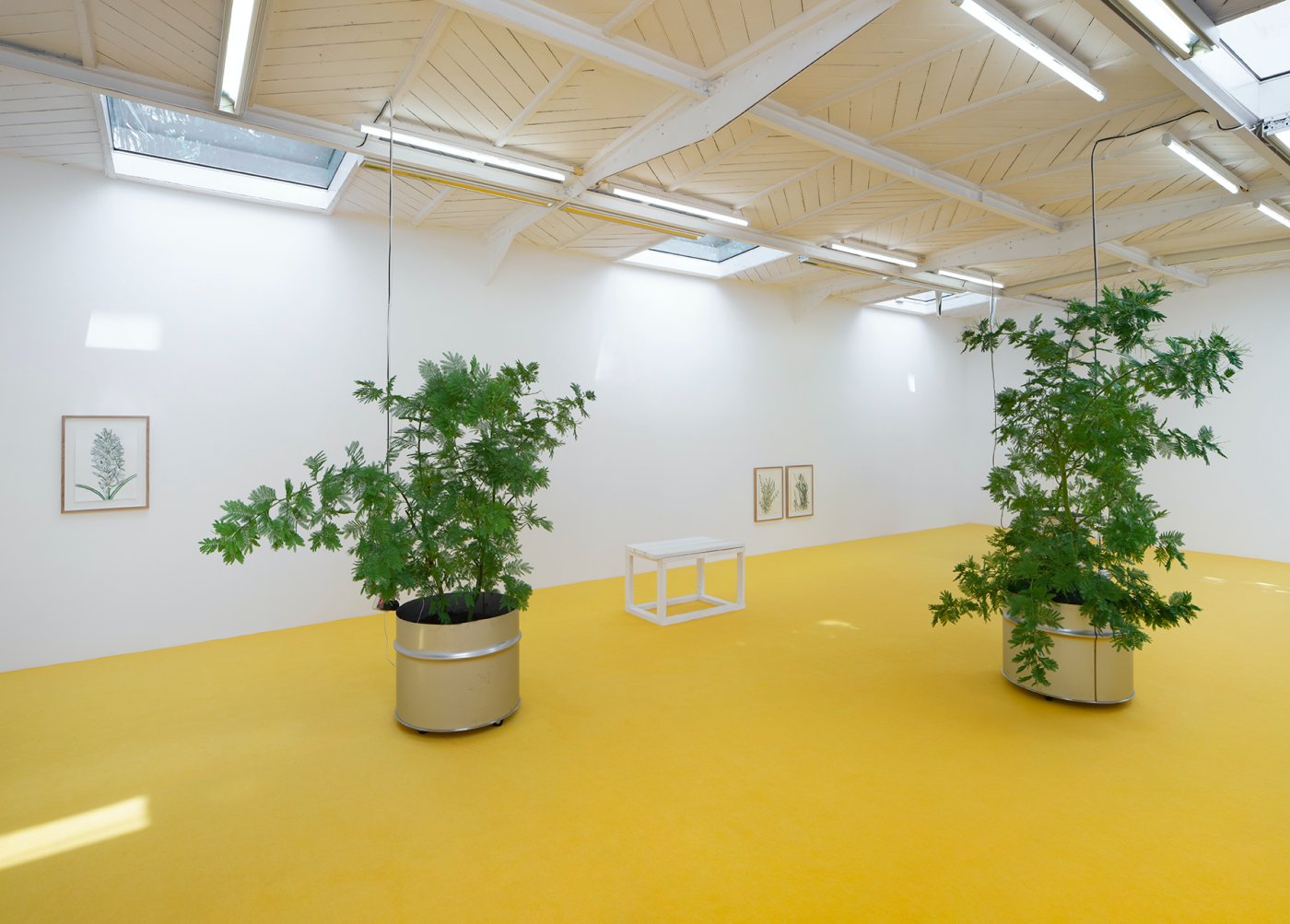 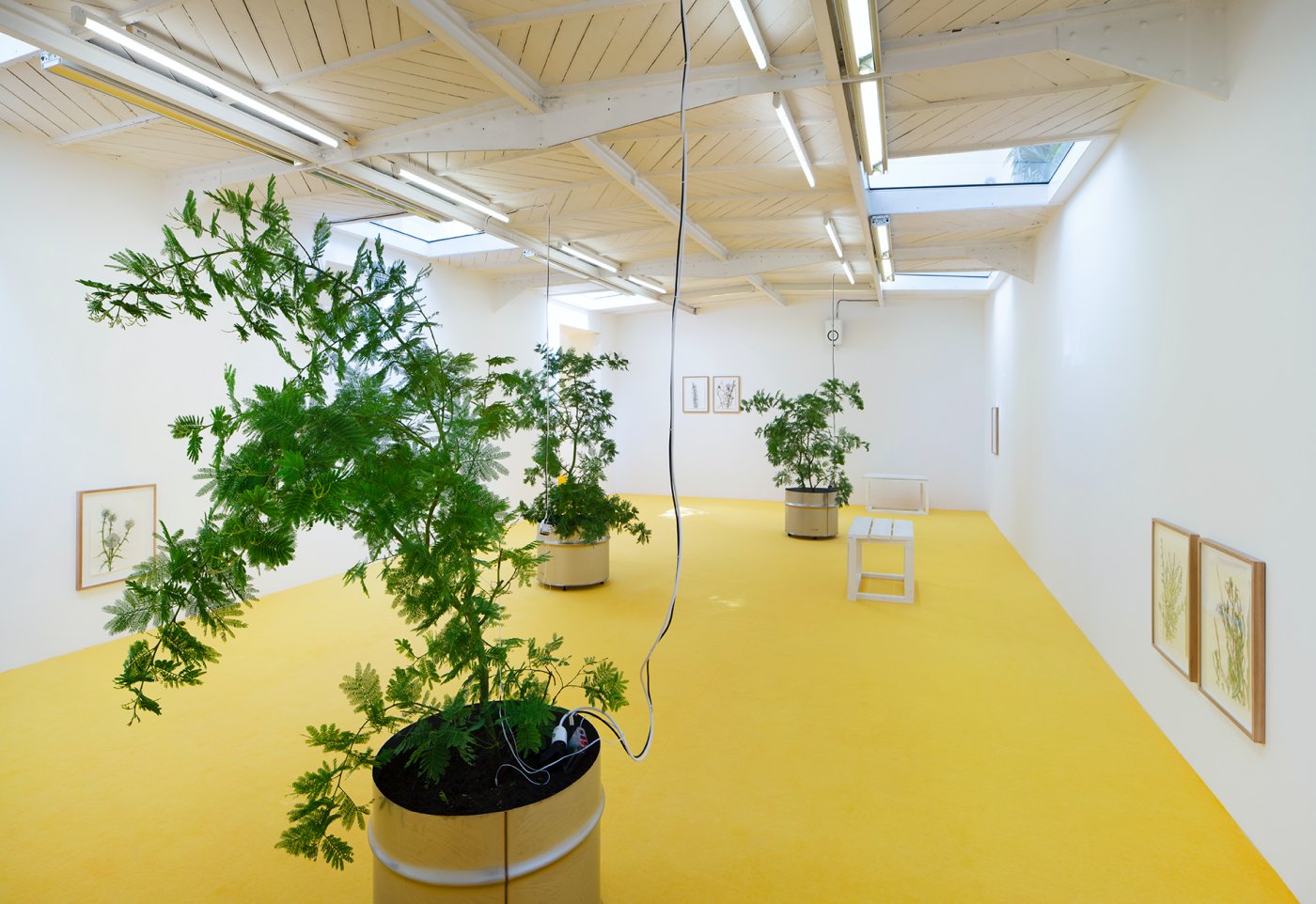 The experience as a child, being in a place and becoming emotionally attached to plants, people, smells, movements and languages, is often the foundation that becomes conflicted once we start to move around the world. Plants, like humans, drop their seeds and sprout new lands, or are removed, relocated and transported to be planted in places far from their ancestors.

Bourouissa has been inspired by gardens, collaborations, migration and working with communities for many years, as evidenced in Resilience Garden, 2018, commissioned by the Liverpool Biennial. This pre-occupation with gardens and community was inspired by Bourlem Mohamed, one of the patients of psychiatrist and writer Frantz Fanon that the artist previously met in the Blida-Joinville Psychiatric Hospital in Blida, Algeria, where Fanon created gardens for self-healing. For the Liverpool work, Bourouissa explored this approach to the architecture of a garden and incorporated plants native to Algeria and those with healing properties.

Brutal Family Roots, which was first presented at the 2020 Biennale of Sydney, continues this exploration of botanical therapy with a vibrant yellow carpet inspired by the small fluffy yellow flowers from the Acacia, a variety of tree native to Australia. Its colour can be dazzling to the beholder, but simultaneously signifies the plant’s healing and destructive properties as the fuel in these trees is highly flammable. One variety of Acacia is called Garal in Wiradjuri language, and for First Nations people in Australia, the bark is used to make string and rope and the seeds can be ground into flour. It is also a medicine and the bark is used to paralyse fish. The Garal is considered a men’s spirit tree.

As a child, Bourouissa was captivated by the Garal – which he affectionately calls mimosa – and the plant is still very present in Algeria and throughout greater Africa, the Americas, New Zealand and Asia. He was surprised to learn that Garal is originally an Australian tree, which spread throughout the world following colonial and diplomatic routes. This sparked focused inspiration for the artist to link the global movement and power of the Garal with the globe-trotting properties of Rap music, a medium that, like the Garal, is resilient and connective.

Bourouissa has long explored Rap music and culture in his practice, such as the video work All In from 2012. Rap has its own story of dispersion, hidden subversive power and adaptation. It’s music that has its origins in American Blues, though over many years has developed uniquely in different parts of the world, powerfully re-appropriated and mutated by diverse populations and communities, including Bourouissa’s own communities and those in Australia’s First Nations.

In Australia for NIRIN, the 22nd Biennale of Sydney, Bourouissa developed Brutal Family Roots through a residency at the Bundanon Trust, just south of Sydney on the traditional lands of the Wodi Wodi people of the Yuin Nation. Inspired by wild nature, he moved at great speed connecting this love of Acacia with Rap music.

The audio featured in Brutal Family Roots was created through a collaboration with musicians MC Kronic (a Wodi Wodi man and local hip-hop/rap artist, activist and poet), Nardean (an Egyptian- Australian MC, poet, singer and songwriter) and French sound designer and programmer Jordan Quiqueret. Bourouissa found a way to combine the transformative active energy frequencies of the living Garal into audible, rhythmic frequencies, a soundscape which was eventually mixed with MC Kronic and Nardean’s Rap and song.

For this exhibition at kamel mennour, Bourouissa is also presenting a series of watercolour illustrations that expand on an incomplete pre-1970’s herbarium book found at the Bibliothèque des Glycines in Algiers – the artist’s new illustrations are a process of completing the history of the original book.

Bourouissa expands on his accumulative research of diverse geo-political connections – piecing together intimate narratives and relationships between plants, people and their movements and interconnectivity. The new work reflects a holistic approach to his investigation, bonding science, nature, music, language and the act of ‘working together’ to provide an immersive sensation of freedom and completion. The experience of Brutal Family Roots amplifies the connection between the human body and the tree body; creating a bridge between the analytical human mind, to the sub-conscious/ spiritual human body to that of the beauty and vibrational body or ‘spirit’ of the tree body.

Brutal Family Roots can be considered alongside the histories of colonisation and prejudice that dispersed human bodies and the Garal to new territories, but also the adaptation and tenacity of those subjected to this power. The immersive experience of the work, centres this resistance, dispersing the dominant forces that seek to divide and subjugate. After all, Brutal Family Roots is a recipe for healing, resilience and autonomy. Lay within the work, smell the trees and hear/feel the vibrations – one can experience the trajectory and complexity of intertwined plant and human migration, inspiration and the inner-self.

– Brook Andrew, artist and Artistic Director of NIRIN, the 22nd Biennale of Sydney.

Born in 1978 in Blida (Algeria), Mohamed Bourouissa lives and works in Paris.
Preceded by a long immersion phase, each of Mohamed Bourouissa’s projects builds a new enunciation situation. Unlike false simplistic media constructions, the artist reintroduces complexity into the representation of the margins of hypervisibility.
His work has been exhibited in numerous solo exhibitions, at the Rencontres d’Arles; the Musée d’Art Moderne de la Ville de Paris; the Centre Pompidou, Paris; the Barnes Foundation, Philadelphia; the Stedelijk Museum, Amsterdam; basis in Frankfurt am Main; Le Bal, Paris; Haus der Kunst, Munich and the FRAC Franche-Comté, Besançon. He has participated in the Sydney, Sharjah, Havana, Lyon, Venice, Algiers, Liverpool and Berlin Biennales and the Milan Triennial.
In 2018, he was nominated for the Marcel Duchamp Prize. In 2017, he was selected for the Deutsche Börse Photography Foundation Prize, the Pictet photography prize. His works belong to leading collections, including that of the LACMA in Los Angeles, the Centre Pompidou and the Maison Européenne de la Photographie in Paris, the Stedelijk Museum in Amsterdam, the Art Gallery of Ontario in Toronto and the Philadelphia Museum of Art.

For every segment of soil my roots wrap around
They have a different name for me
« they always change my name »
But it never changes, i always grow

« My name is lost to the past »
But i still have my roots,
I used to hear the word « wattle »
When they came looking for me

They would watch me flower,
« the river bank »
where they’d stand,
Pieces of my fallen « sister » in hand,
Sometimes they would ask for my « leaves ».
And chew me to a paste,
Sealing their wounds,
With the « juice » that remained,
« Hello, welcome how are you? May I use your leaves »

He called himself joseph banks
i can still feel him breathe,
The same way i felt it the first time he would speak,
The strength in his voice only matched,
By steel teeth,
They would push from side to side against me till my skin broke and I weeped,

I’ve met many strangers who have labelled me
But my roots still have their own memories,
I still have my kin,
sunshine, cold, rain, Or wind, a Australia, england, France, Algeria
Australia,

I was bought and sold,
You know how the humans love pleasure and gold

To be displaced, « lost »
« like an eyelash that flew away from the eye that was its home »
taken from my home,
Turned to a diaspora of flora

New lands, new soil, new depths to dig,
But sand will make a salty mess of your foundations
dna says to grow to multiply, « in New ground »

Sometimes my experiments work,
Then we are hated
By our neighbors
When we stand
Asfar asfar
Asfar as far as you can see
The locals despise me
Call me a foreigner
How do you feel about me?

You know me,
You know i am everywhere
Loved and hated
They have torn me down, « they broke me ».
And they have named days after me
They use my flowers « to know when it is time ».
They use me to seek out your sweat.