S&D Projects presents Moderato Cantabile, a group exhibition featuring paintings from an intergenerational range of contemporary artists based in the UK. 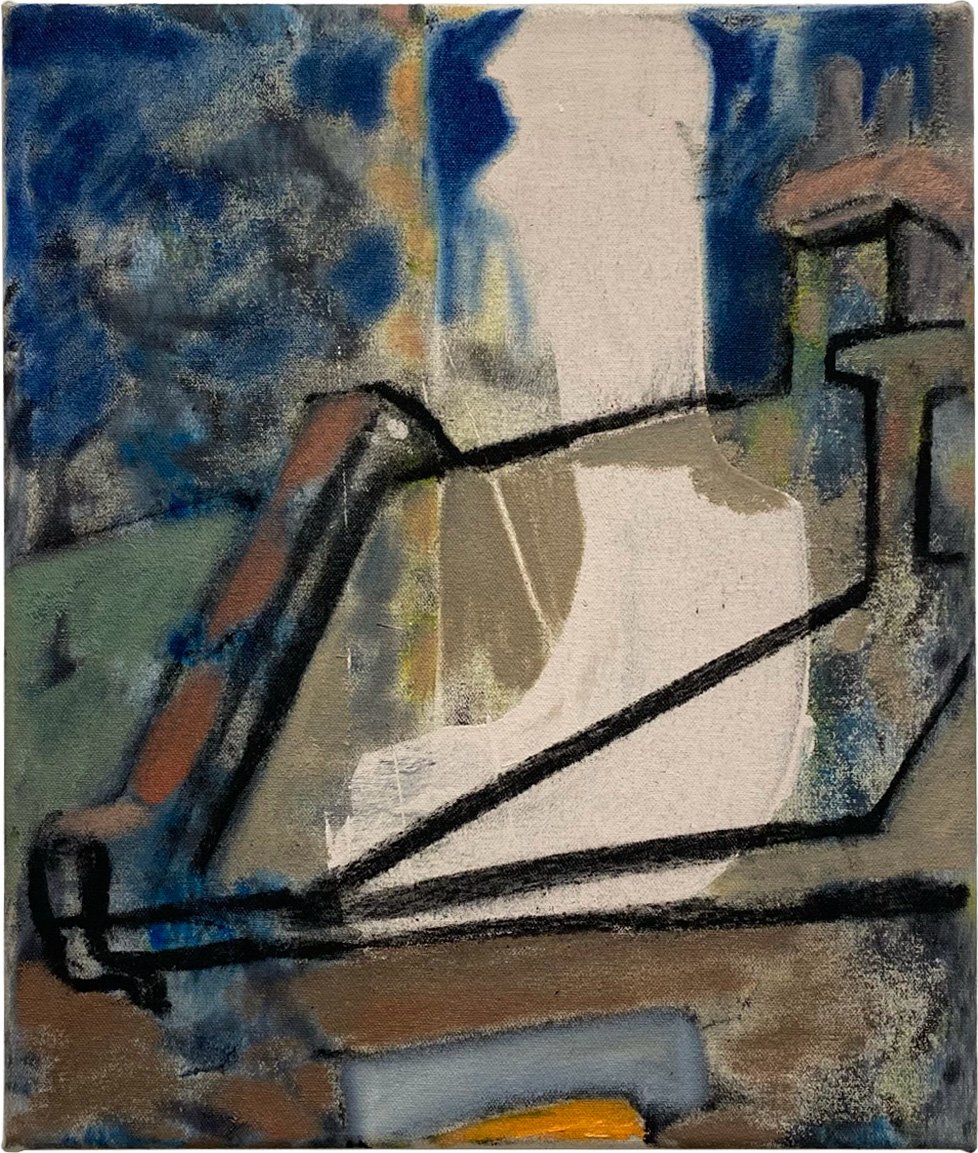 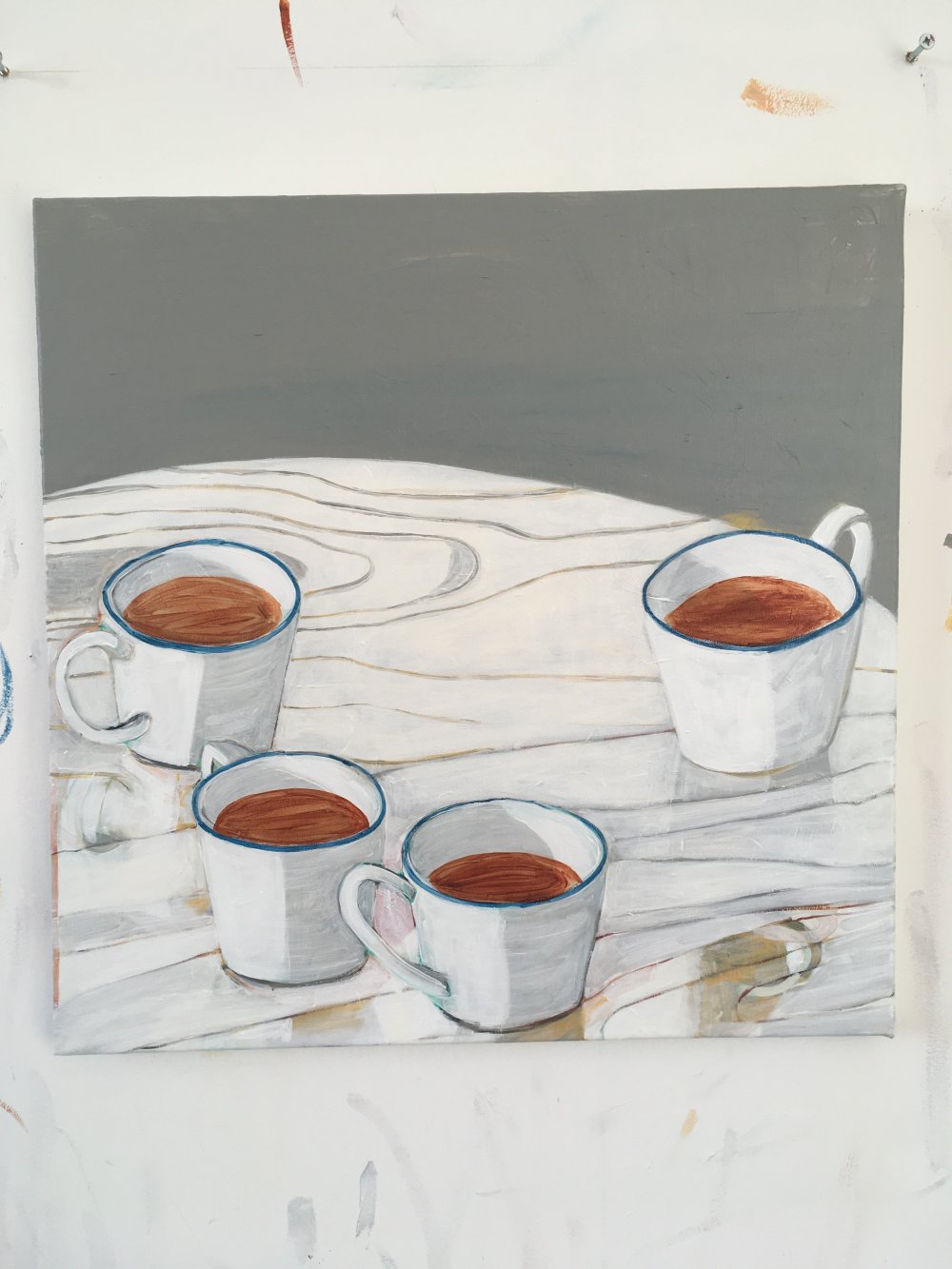 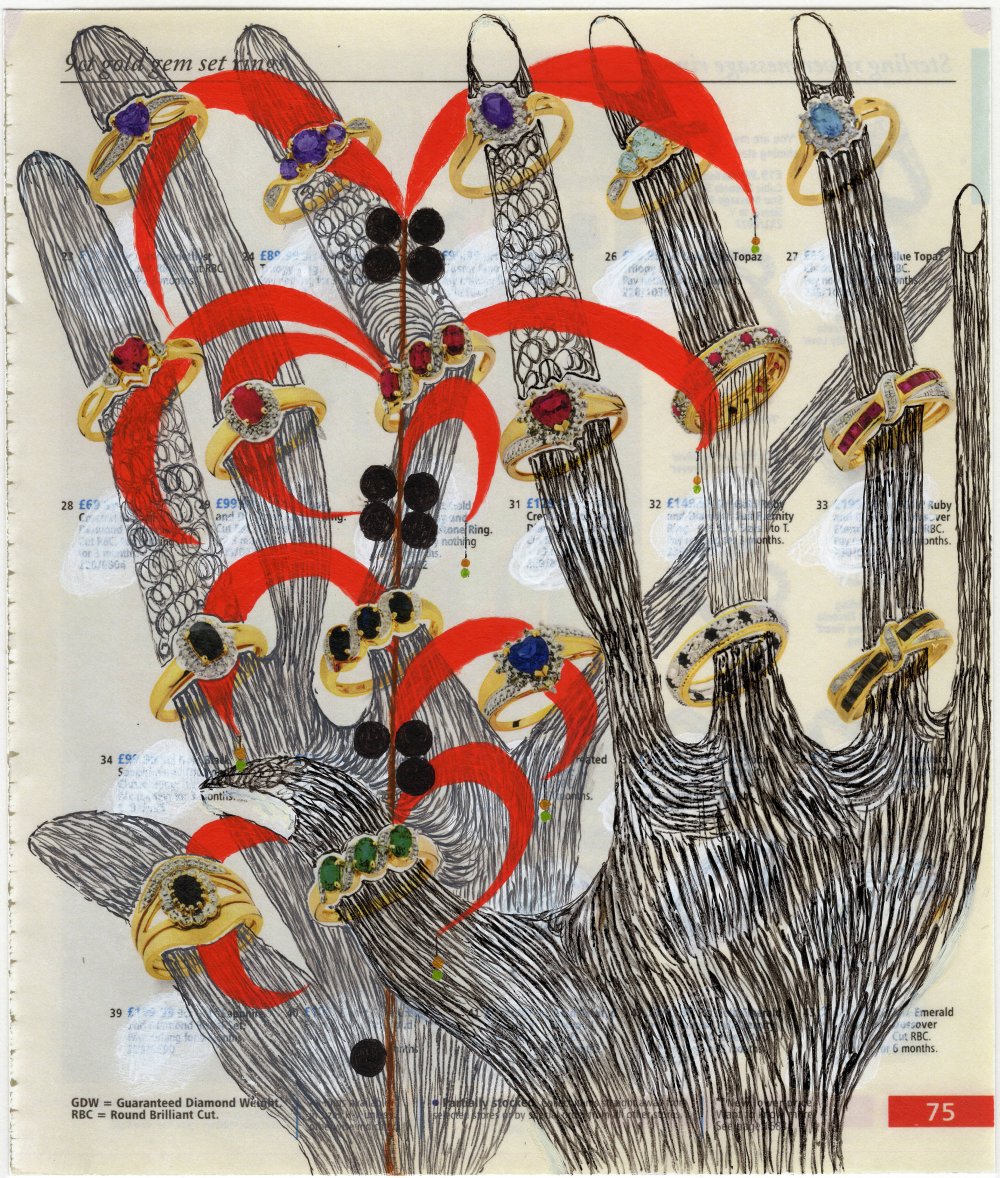 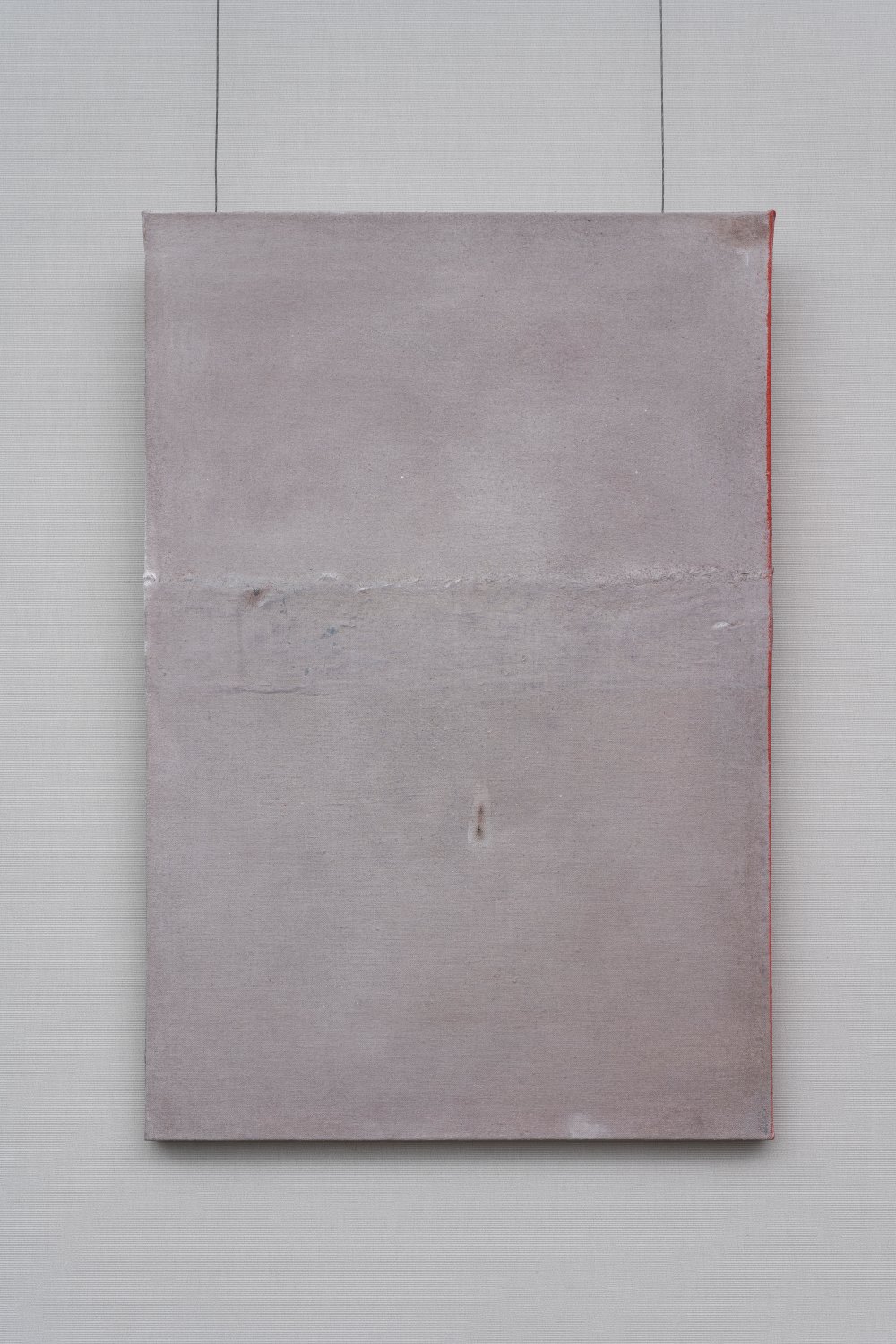 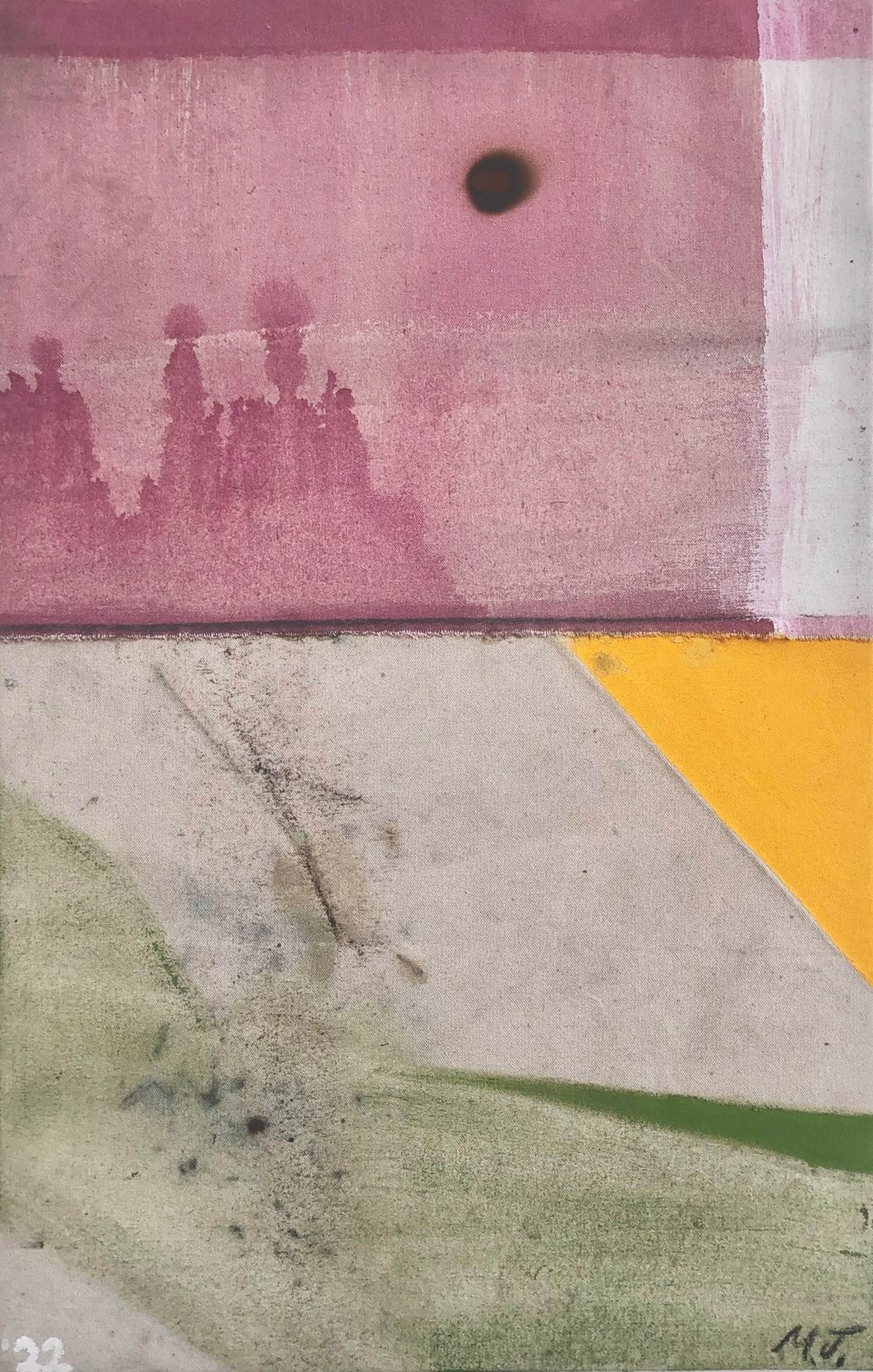 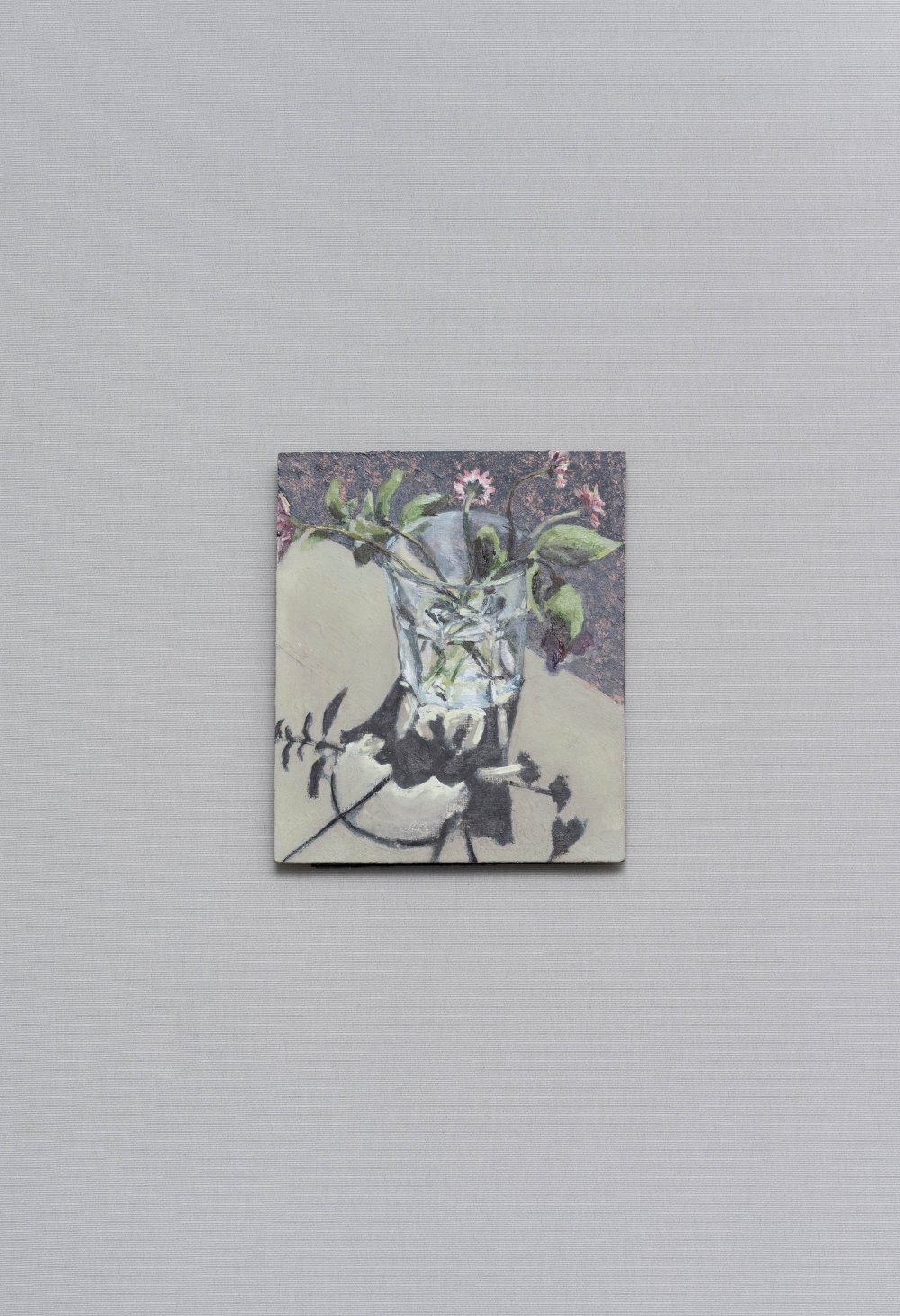 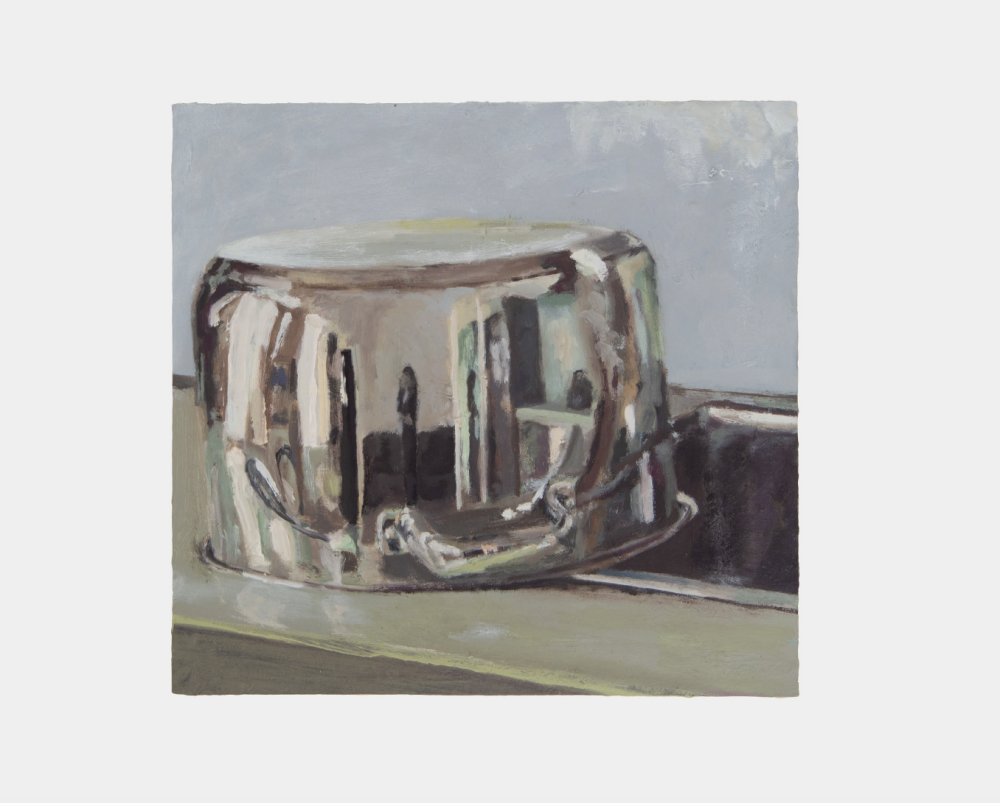 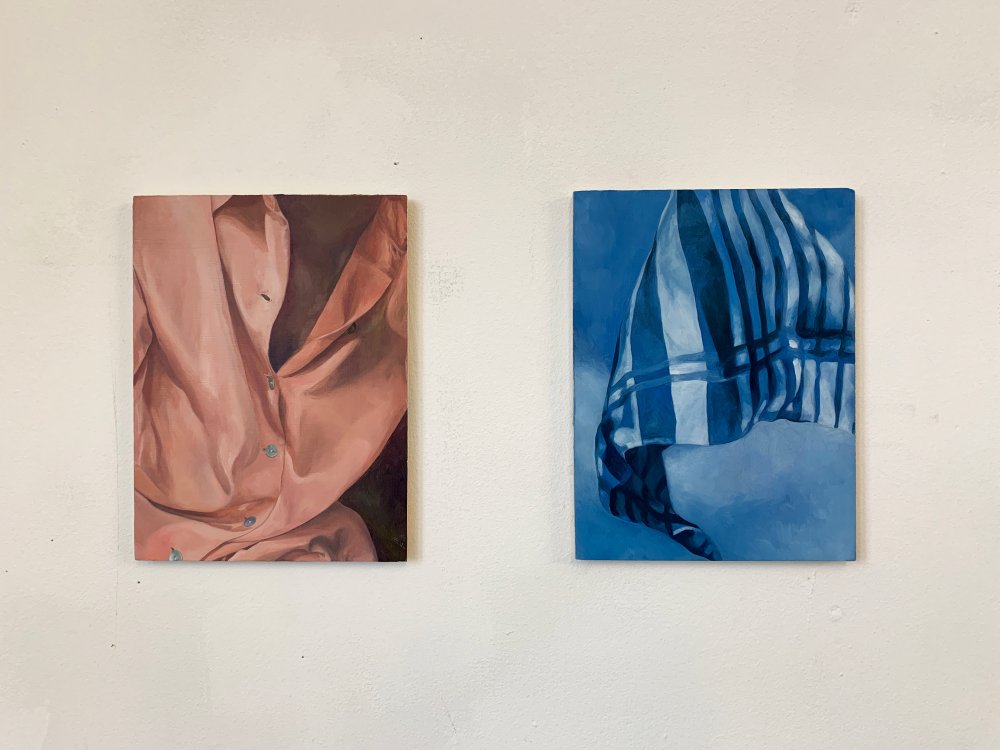 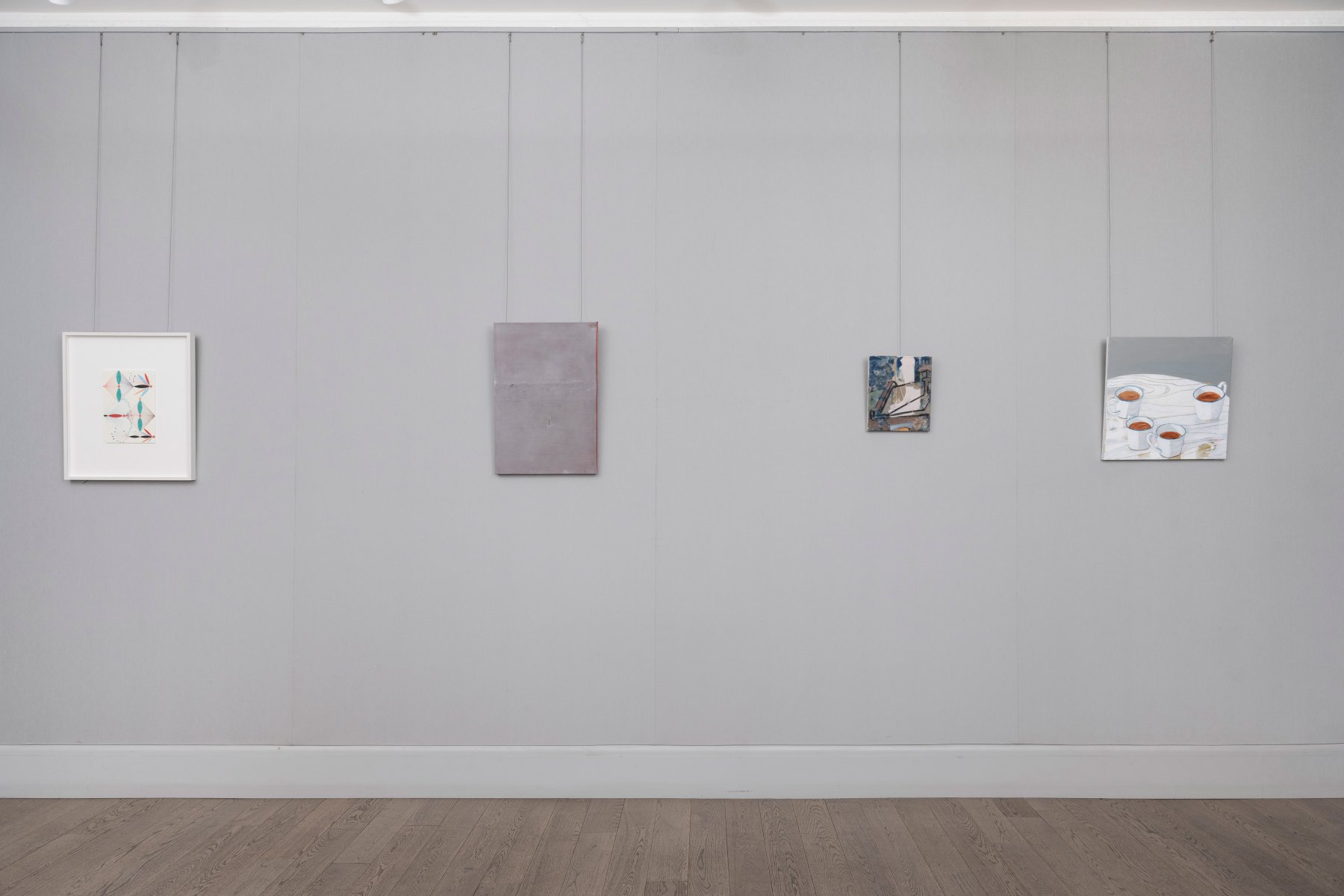 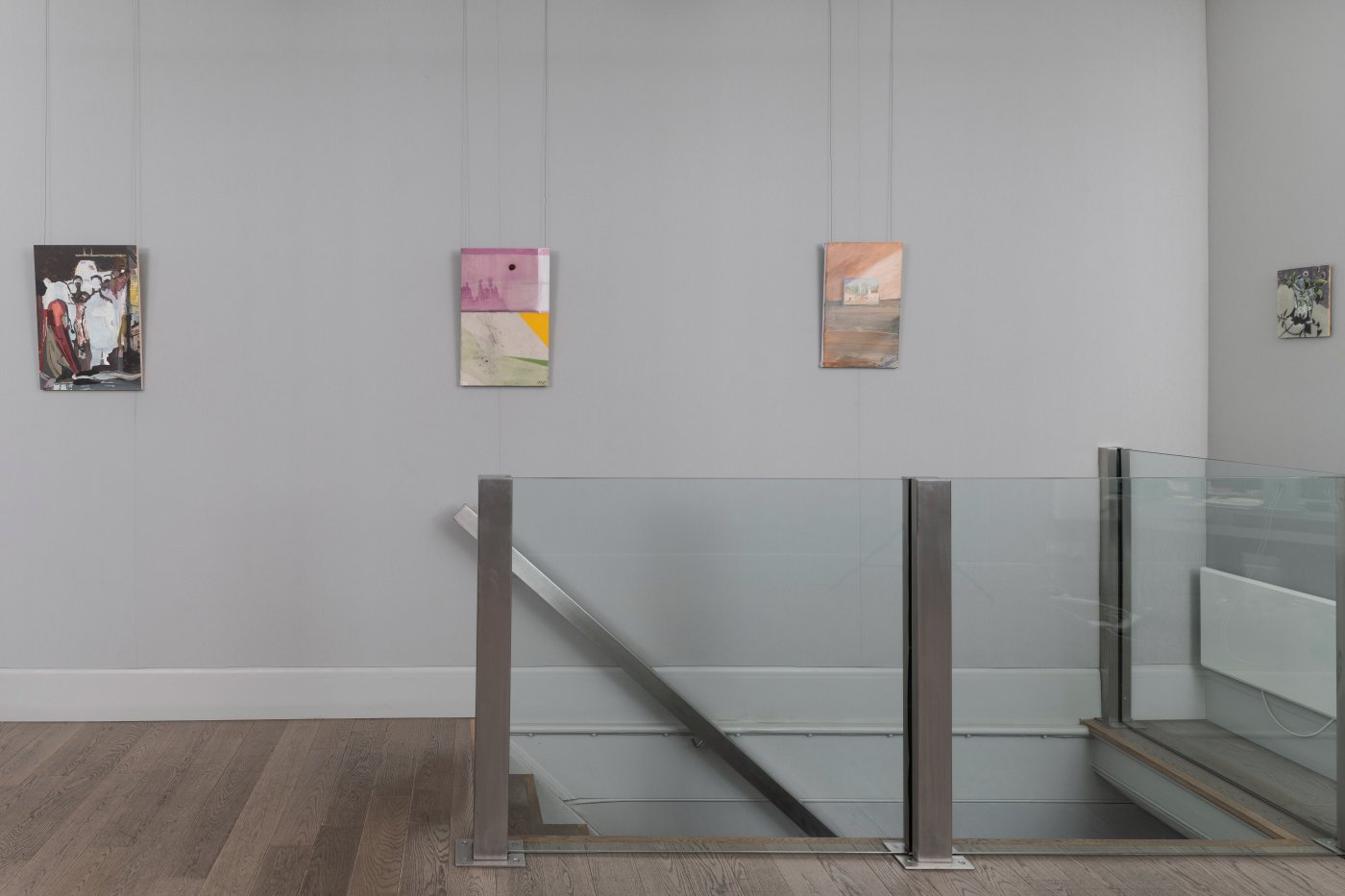 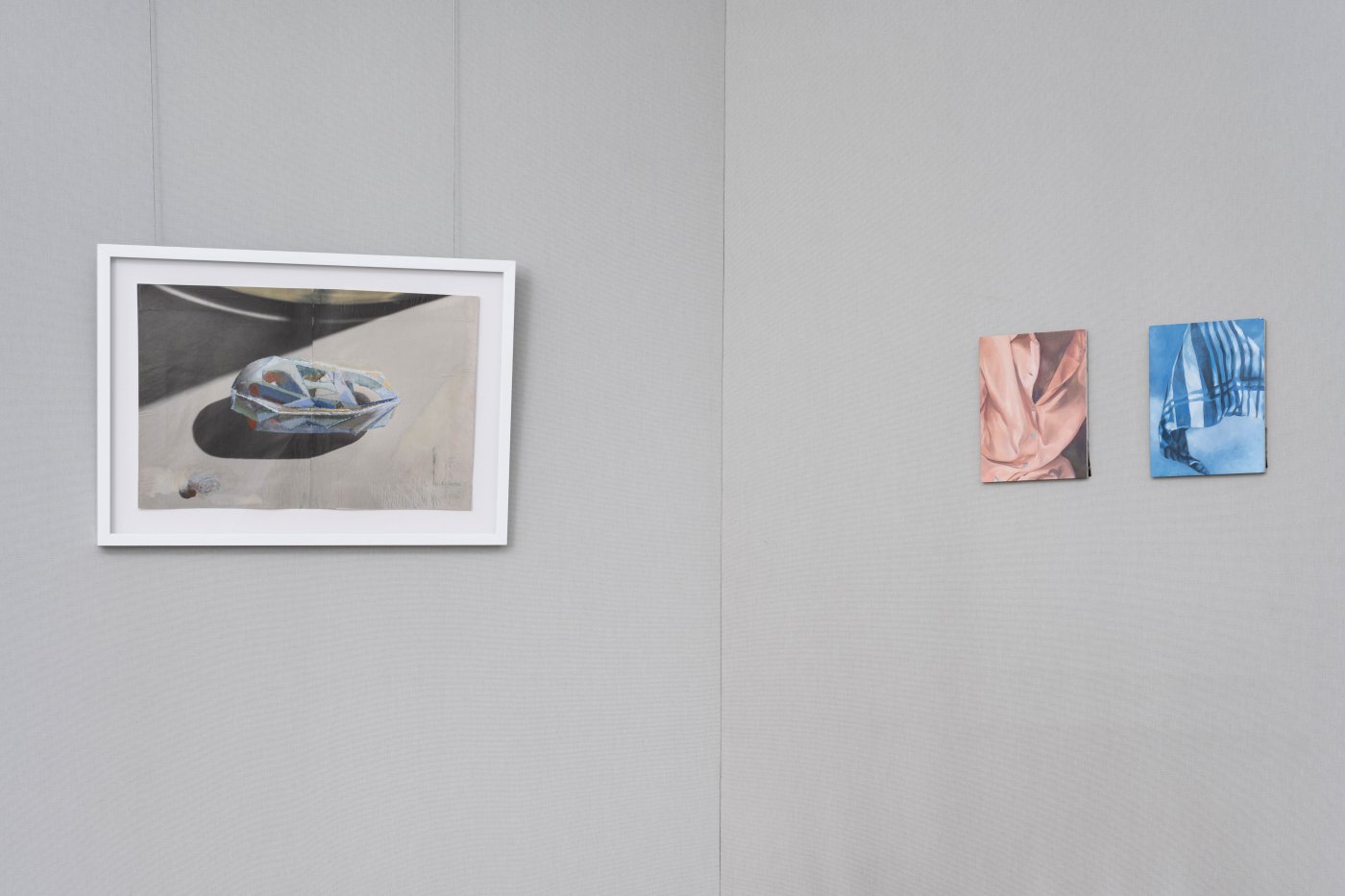 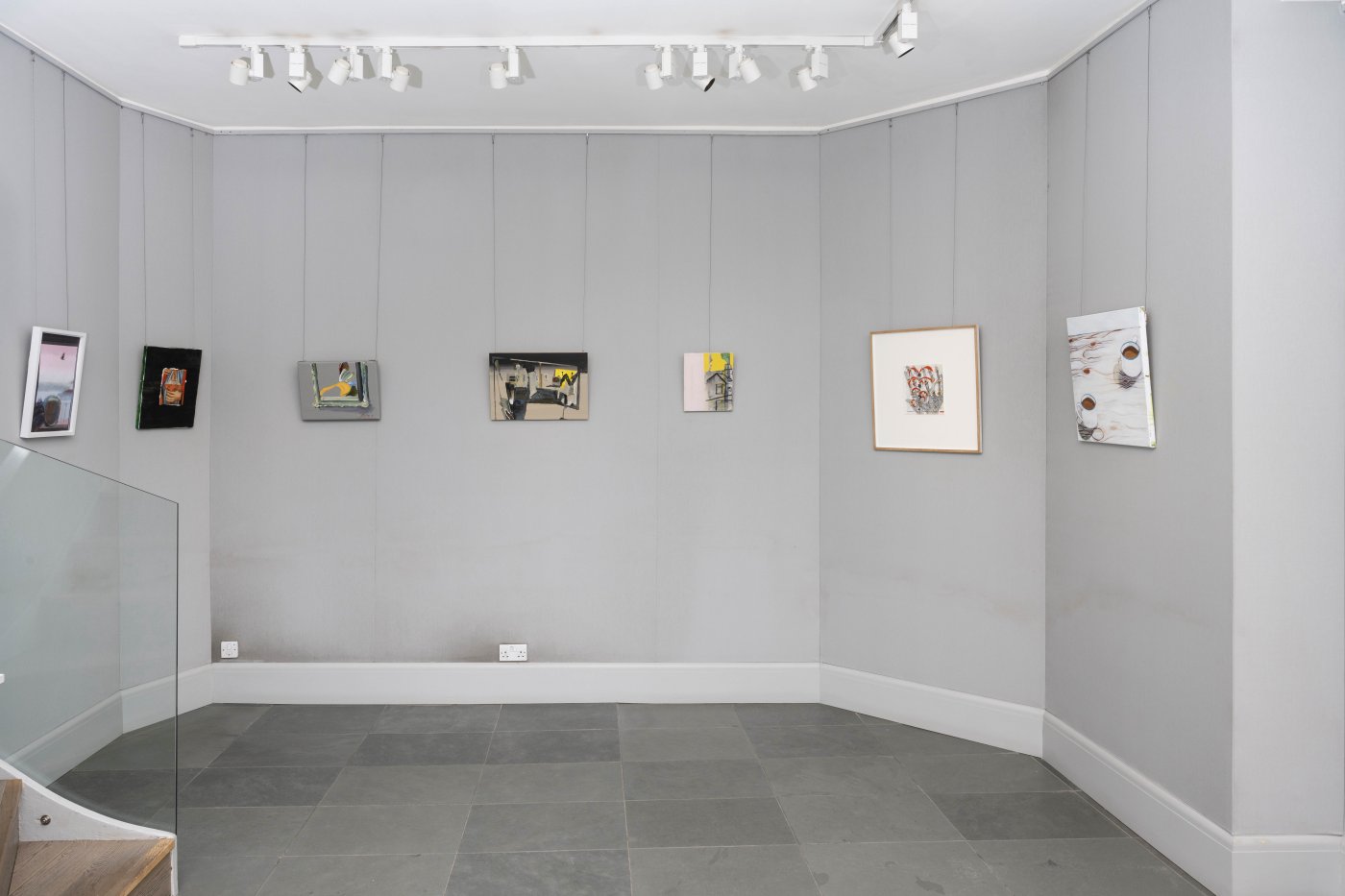 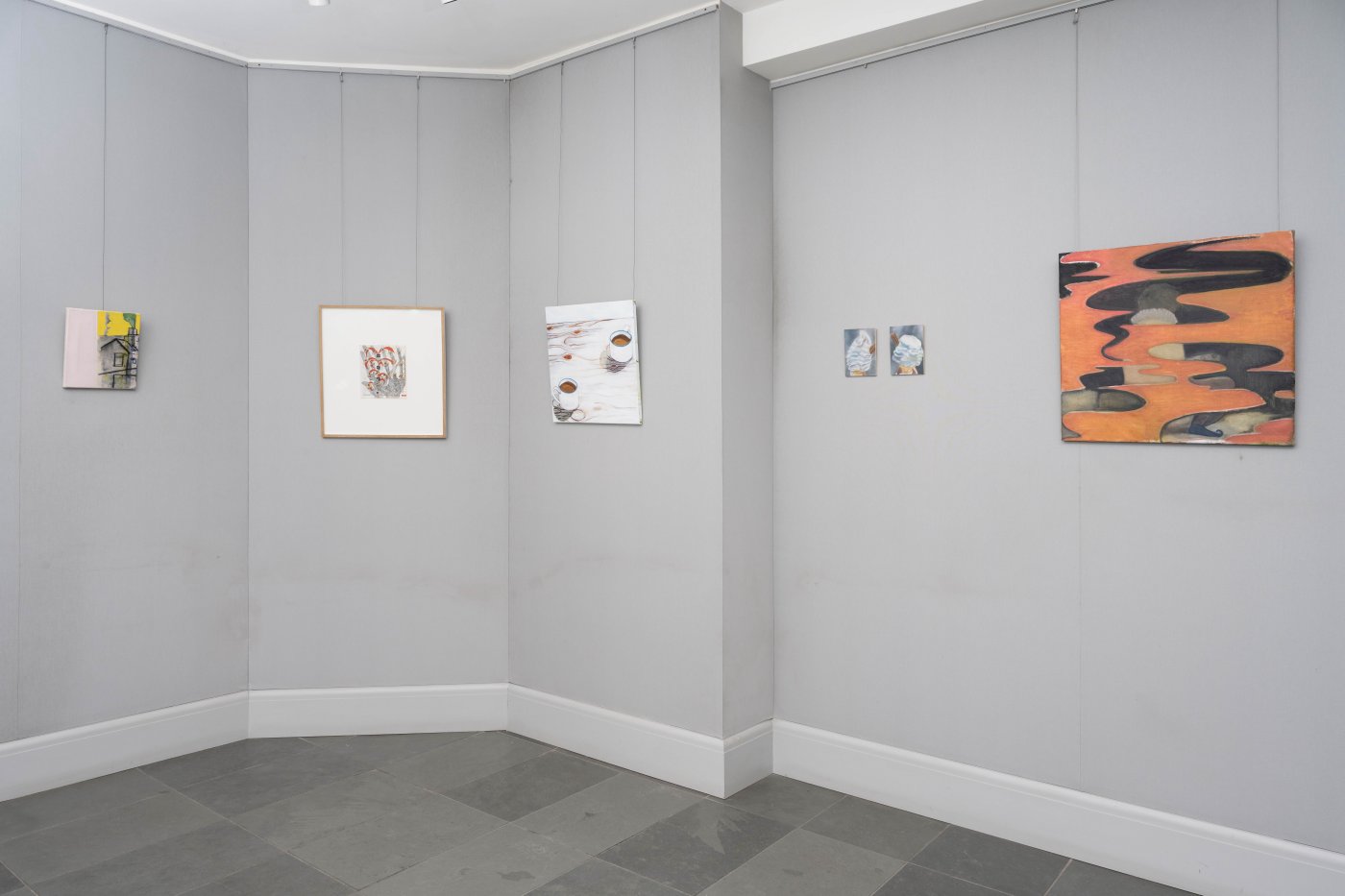 The exhibition explores the ongoing practice of painting in various aspects, considering its materiality, its opticality, its often quotidian subjects, its narrative potential and capacity for art historical allusion and reference. In their works these artists utilise, whilst simultaneously playing with and undercutting, received painterly conventions. They question our experience of perception in general, and of seeing a painting in particular, investigating the emotional resonance both of imagery and of texture, colour and paint mark itself.

Joshua Armitage (b.1986 in Dewsbury, UK, lives and works in London) works are concerned with the intersections of observation, memory and feeling. In his paintings we see recurring motifs ranging from architecture to bricks and skyscapes; these are then explored from a personal perspective through different colours and techniques, conveying a mysterious feeling of absence/presence in the works.
Recent group exhibitions include Pathways on Paper (South Parade, 2022), Dream Baby Dream (Fitzrovia, 2022), Dialogues No.01, (Centre for Recent Drawing, UK), ‘Condo 2020′ (Sunday Painter, Vauxhall, 2020)

Paul Becker (based in London) presents paintings that act as a form of applied reverie. Despite the work being predominantly figurative, no reference material is used, although certain motifs do reoccur: suggestions of self-reflexivity, reflectivity, human animal interactions, costume, decoration and garment.
From January-March 2020, Becker was the Abbey Fellow in Painting at the British School of Rome. Recent exhibitions include Ventriloquists Gallery Celine (Glasgow, 2021), The Lodgers (Museum of Contemporary Art, Antwerp). He has worked with a variety of curatorial initiatives such as FormContent and Auto Italia in London, CIRCA Projects.

Gwenan Davies (b.1982, Wales, lives and works in Glasgow) mostly paints cups and flowers – ubiquitous everyday objects that are very much part of the historical cannon of painting. Her observations are a transcript of the mundane, the capturing and developing of a narrative of everyday life. The work becomes a process of looking through an object or setting; working with the precarious act of painting, time and emotive content on a surface.
Recent group exhibitions include Tôn Gron Intermedia Gallery ( CCA Glasgow, 2021), The Napping Show Lesage ( Brussels, 2021), Bottom of the Cup G/1, (Glasgow, 2020).

Louise Hopkins (b.1965, based in Glasgow), paints over maps, sheet music, photographs, and other informed surfaces. Her works suggest a chain of contrasts – between mass-produced and handcrafted, reality and artifice, positive and negative, surface and depth, hidden and exposed (Askew, Lucy – Generation Guide/Reader; National Galleries of Scotland, 2014)
Recent group exhibitions include You can have curves and straight lines..(42 Carlton Place, Glasgow, 2021), Dévider le reel at Les Abattoirs ( FRAC Midi-Pyrenees, 2017), Black Sea, White Sea ( Glasgow, 2014). She was one of 6 artists to represent Scotland at the 52nd Venice Biennale in 2007, and in 2005 she had a major one-person exhibition Freedom of Information at the Fruitmarket Gallery in Edinburgh. Her works are included in the collections of Museum of Contemporary Art, Sidney, Museum of Modern Art, New York, Scottish National Gallery, Edinburgh.

Merlin James (b.1960, lives and works in Glasgow) investigates the history and legacy of painting, questioning the experience of painting through different subject matters, such as figures, landscapes, abstractions, or urban scenes. Many of his works treat the structure of the picture frame and stretcher bar as an integral part of the work and the surface can be distressed, collaged, or highly textured.
Recent solo exhibitions include Merlin James (Philadelphia Art Alliance at University of the Arts, Philadelphia, 2022), Window, (Kerlin Gallery, Dublin, 2021), River, (Sikkema Jenkins & Co. New York, 2021), P420, Bologna, Italy, Untitled (Sex), SELECT (Berlin, 2019). Selected group exhibitions include Their Private Worlds Contained the Memory of a Painting that had Shapes as Reassuring as the Uncanny Footage of a Sonogram, (Matthew Brown, Los Angeles, 2022), Mixing It Up: Painting Today (2021), Southbank Centre, Hayward Gallery.

Rhett Leinster (b.1990, based in Glasgow) creates uncanny compositions from an ongoing research on material. The artist makes his own paper, from the pulp of found cultural ephemera. By this and the grinding of pigment for paint, he considers the material and authentic value throughout the entire process of making. The objects he depicts are ambiguous, both protecting and concealing. There is a sense of a slowing of their original instantaneous nature and a subversion of the images’ original purpose.
Recent group exhibitions include ‘Armour’ (20 Albert Road, curated by Cento, Glasgow); Graven Images’ – 8 painter/sculptors at New Glasgow Society

Jamie Limond (b.1993) explores the expressive potential of painting’s perennial subjects, playing with its conventions, he often uses non-traditional supports such as pre-coloured PVC.
He writes about looking at paintings on Sunny Blinking Painting Blog and has written on art for Frieze, The Herald, Burlington Contemporary, The Drouth, a-n The Artists In- formation Company, and MAP Magazine.
Recent exhibitions include A mean idea ro call my own (Amsterdam, 2021).

Ewan Murray (b.1991, based in Paris) considers fundamental aspects of painting – technique, genre, colour, illusionism – through reference to things that he sees. The central subject of his paintings is light, how its depiction can create atmosphere and provoke memory or emotion.
Recent Exhibitions include Prestwick II (Glasgow Art Society, 2022).

Georgia Sowerby (b.1991, based in Lincolnshire) uses appropriation to weave together imagery taken from various painting practices with her own, personal vocabulary. Her practice operates as a way of storytelling, supplanting the original meaning of the source imagery, until the imagery becomes part of her own visual language through repetition.
Recent exhibitions include Storytelling (Stoppenbach & Delestre, 2019) La Première (SansTitre, 2019, Paris), SET Space Bermondsey, and Belmacz Gallery, in London. She was awarded the Almacantar Studio Award in 2018 and the Felix Slade Scholarship in 2016.

Richard Walker (b.1955, based in Glasgow) has used interiors as subject matter, mostly workspaces and studios, but recently also making use of projected images. The work begins with no set plan but is improvised from what is in front of him, usually ending up spatially confusing and dream-like and in that sense has aspects of Cubism and Surrealism.
Recent exhibitions include Jones Underground, Limited Ink Corporation (Edinburgh, 2019), Attic Goes Boom, Iota Gallery, Glasgow, Fairfield Road, Alexandre Gallery, (New York, 2007)

Mary Wintour (b.1988, based in London) explores meaning in the everyday object, through still-lives or snapshots. Her paintings often evoke a sense of spiritual/supranatural feeling. The objects depicted seem infused with a presence that governs them, this notion of absence/presence being central to her practice.
Recent exhibitions include Cure All, Charlton Gallery (2020, London), I Know That You Know, Wells Projects (2019, London).

Courtesy of the artists and Stoppenbach & Delestre, London