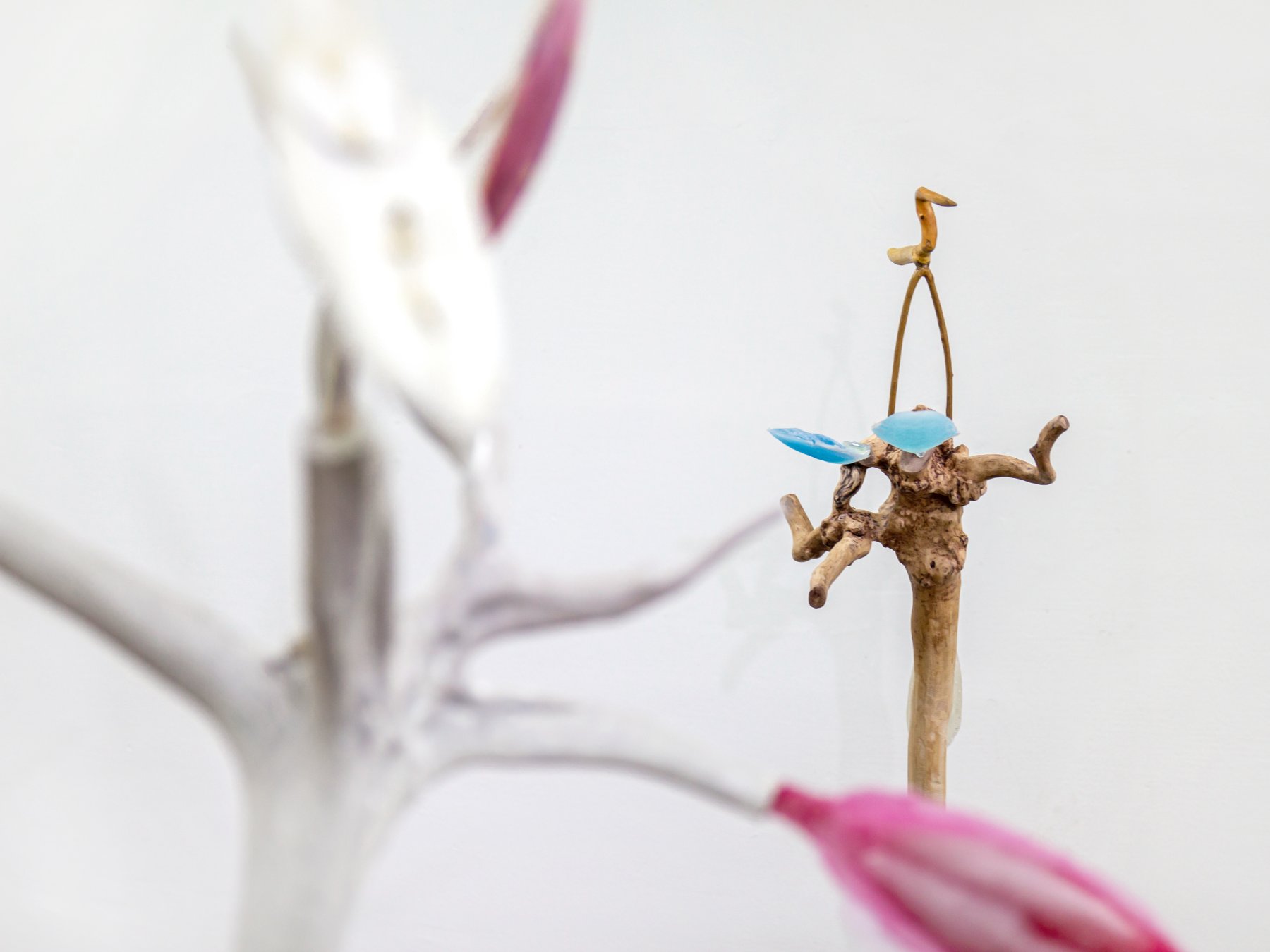 Fossil of High Noon is paradoxical.

The sun of high noon makes the shadows that fall to the ground the darkest. A fossil in itself is close to a ghost-state. A space without location is born as it approaches the present without notice, though it has existed since the deep past. The simultaneous and fragmentary heterochrony remind us of time’s irreversibility. This exhibition is about departure due to spatial and temporal discrepancies, while simultaneously containing the possibility of reunion.

Minouk Lim (b. 1968) continues to center aesthetics and politics in her artistic practice, rejecting binaries of subject and other; individual and community; documentary and fiction; assailant and victim; active and passive. Lim has stated that aesthetic practice provides imperative new models by which to criticize histories of omission, as well as to formulate new avenues of questioning.[1] She explores measurements of time in unchronological order and reexamines signs emerging from the midst of oblivion through suspicion and speculation. From a sculpture in a non-fixed and fragile form, a sound that flows and disappears, a video that aligns facts and fictions in jump cuts, a performance that becomes complete with the assembly of bodies and witnessing, to a piece in which each of these mediums interacts with and translates one another, Lim’s media works translate the hidden voices and figures of history through the “readjustment of senses.” Critic Namsee Kim has referred to Lim’s approach to media as psychic, in that her works “track down the disappeared and the invisible” through a state of being “fluid, disappearing, and invisible.”

The work Portable keeper_Sea begins with a bird’s eye view. Buoy sea markers wander around a swimming girl and form a distinctive territory. The girl submits her body to the waves of the sea, a skirt and jeogori[2] weltering under the water, creating a parallel. Between the sky and the sea; above and below water; tradition and the present; memory and future; life and death; the camera sutures these binaries and allows estranged generations to coexist in an alternate dimension. The low bell chimes in the video scatter on, taking over one another’s howling echo. Buddhist wind chimes in the shape of a carp fish allude to a proverb, “Fish do not close their eyes even in sleep,” an effort to both stay awake and devote oneself to self-discipline. Lim’s grandmother, who stood alone without solitude, taught her self-organization and the “power of imagining the unseen”.

Dudu Mulmul (頭頭物物), the sculpture installed along with the video, contains a diverse assortment of miscellania that could have arrived at any or all seashore(s) in the world. Each object embodies an uncertain secret of when, where, and how it came to be there. The confluence of these fragments of time-space becomes a sculpture with fluid materials such as transparent resin. In relation to Lim’s work, critic Harry C. H. Choi mentioned “the possibility of sculpture in the verb form as an entity that does not simply stay in the present tense but expresses the past and the future, through the process of resisting stillness as the sculptural convention.”[3]

The new Portable Keeper pieces in this exhibition appear as though dredged from an era of dinosaurs or forgotten kings. The cane resembles animals with bones and feathers, neither natural nor artificial. The senses that evaporate, scatter, or shatter before making sense in the world, the byproducts of a fragile world that can only be felt by fumbling, lend their bodies and senses to the canes and form an antithesis of compassion. The victims who were massacred without knowing in the standoff of the ideological camps; brothers separated in war and forgetful of each other’s names and faces; the lives that have embraced and endured what still cannot be said are far from living in a clear or simple world. The subtle chime of a bell in the wind, the intangible waves of shimmering heat, and the world after parting all address us through not language, but senses.

Like the cuckoo in the clock that never fails to tell the time, even in an empty house, Portable Keeper mourns the scattering hopelessness of oblivion.

Minouk Lim (b. 1968) is an artist of many forms, creating works that span different genres and media, encompassing writing, music, video, installation, and performance as a means of deepening the scope of her questions. Lim’s practice recalls historic losses, ruptures, and repressed traumas. Rooted in language, and specifically, the politics of expression, her work does not replay past events, but rather elevates experiences, memories, and feelings through the means of imagining or engaging structural beings of non-human witnesses in her performative sculptural objects and installations.