Parrasch Heijnen presents the gallery’s first exhibition with Oakland, CA-based artist Mildred Howard. Howard’s expansive oeuvre addresses the universal themes of racism and injustice directly and without hesitation; her work considers these themes through the lens of language, objects, and imagery that unfolds and reveals itself upon closer inspection. 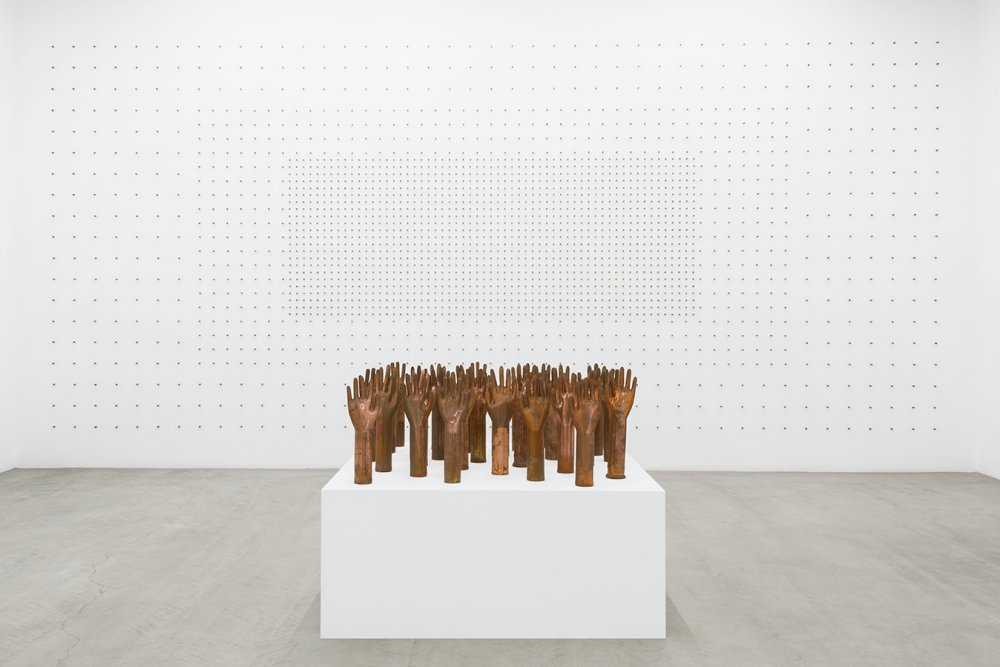 Mildred Howard
Ten Little Children Standing in a Line (One Got Shot, and Then There Were Nine), 1991 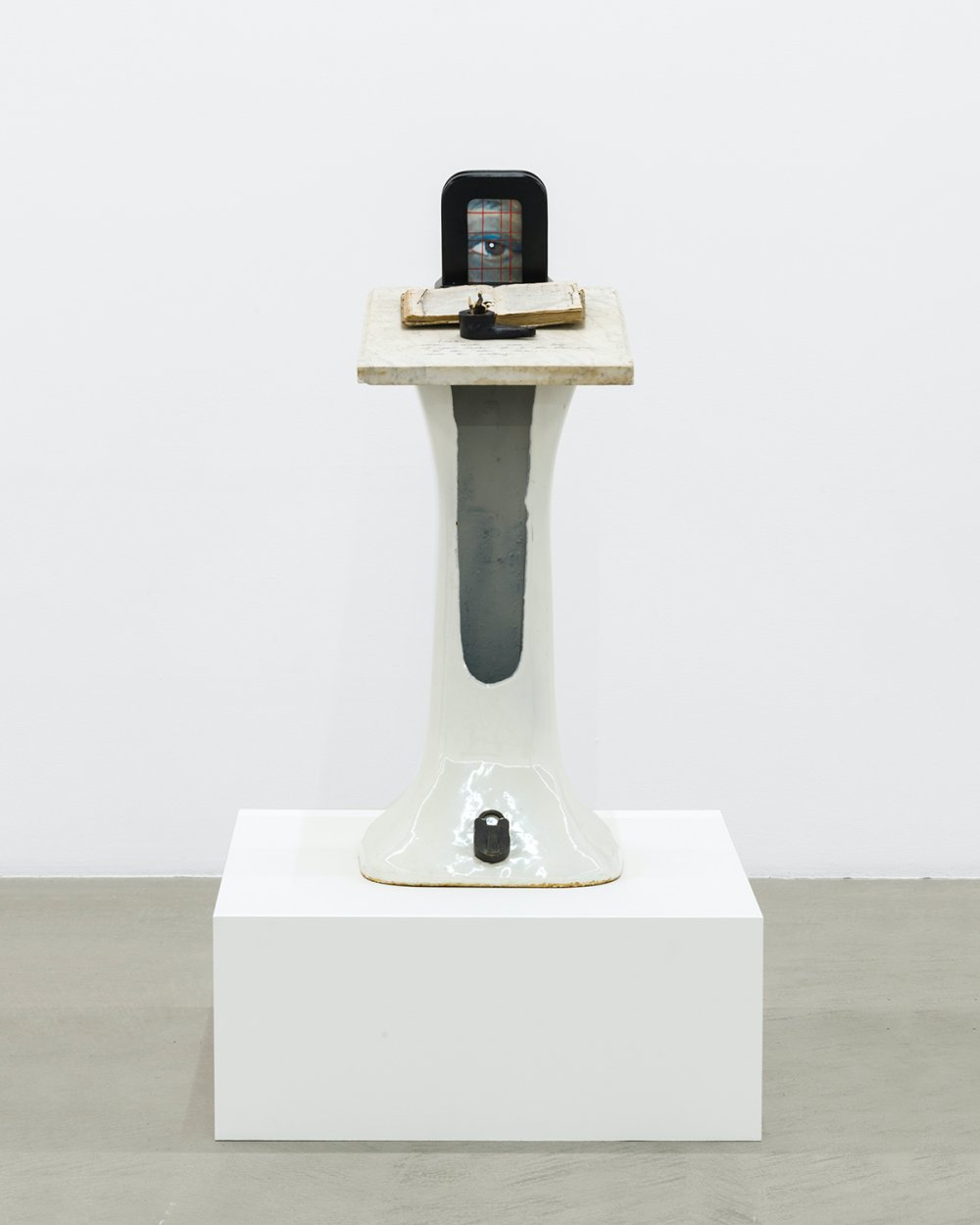 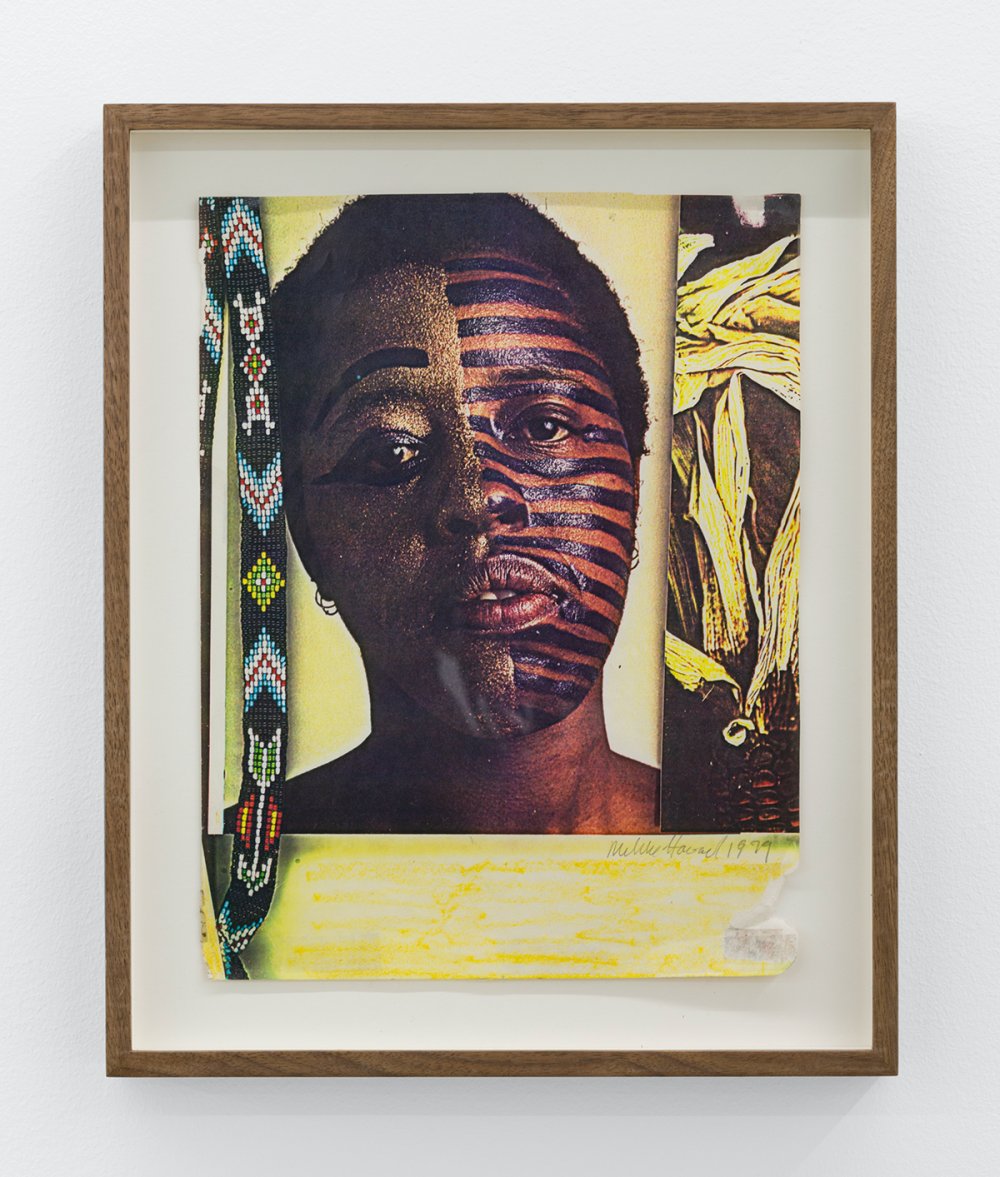 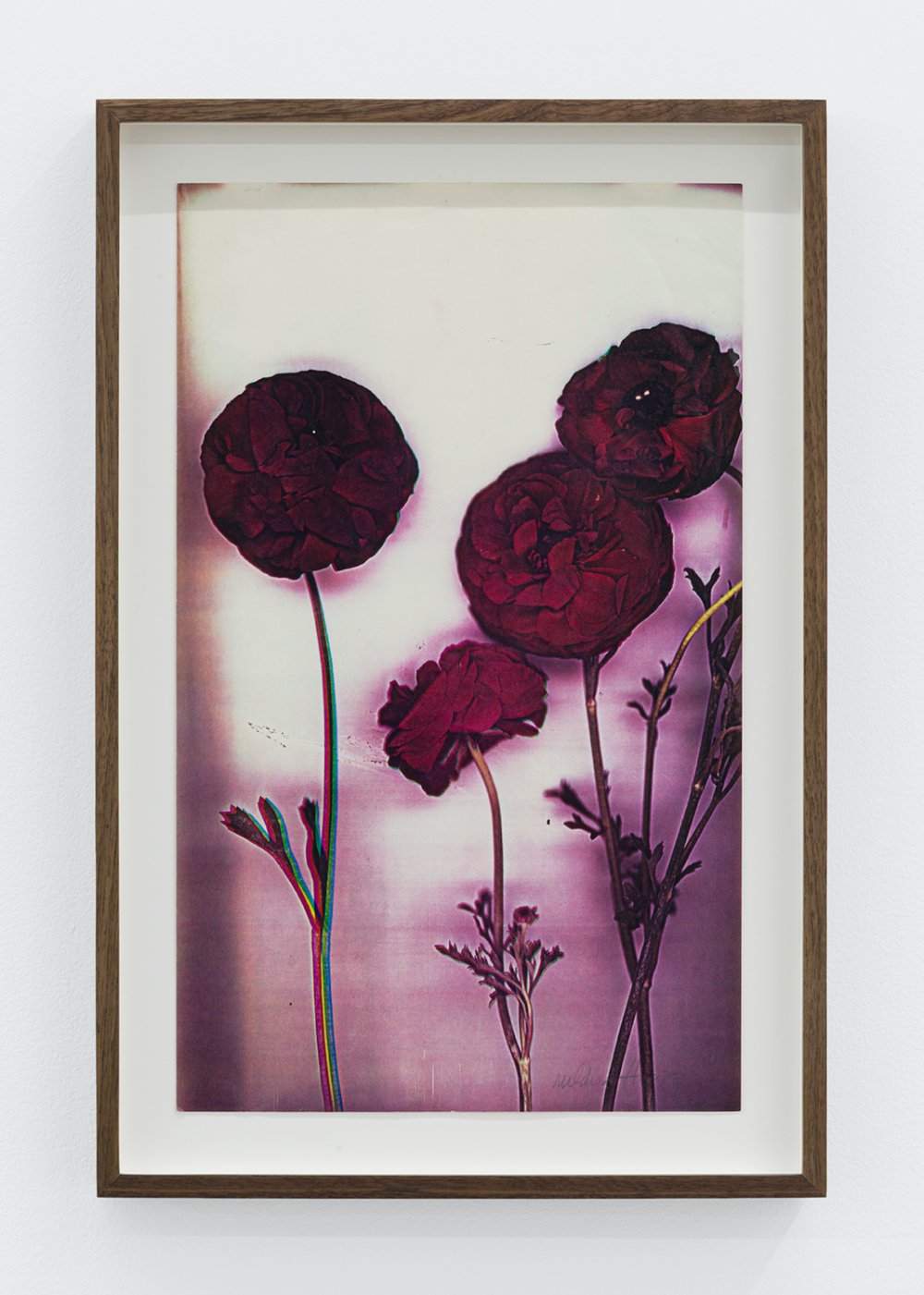 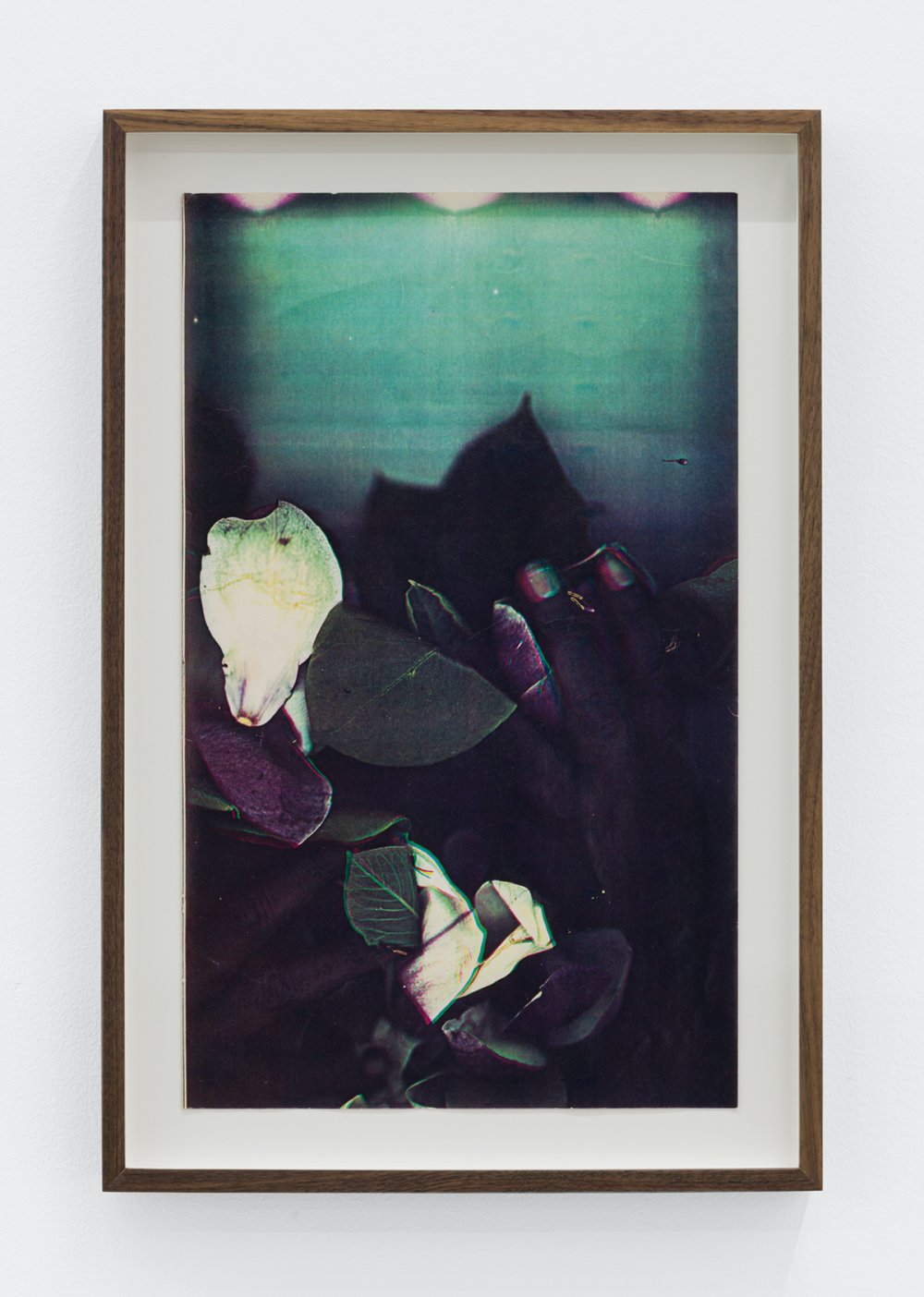 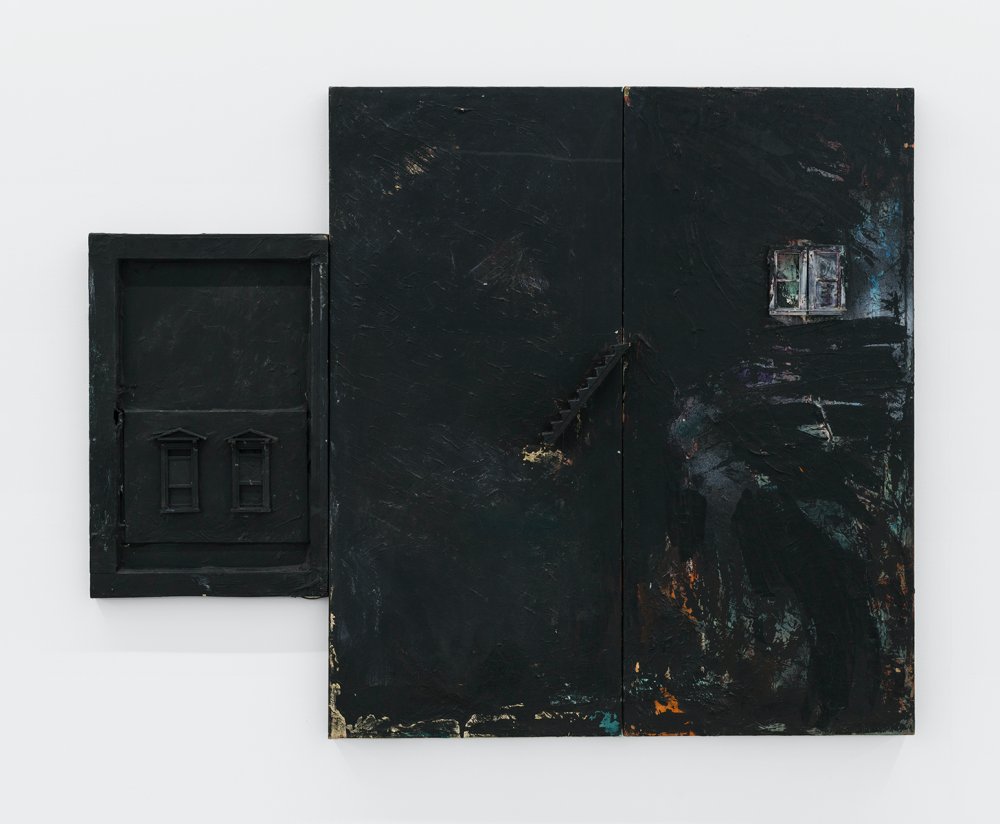 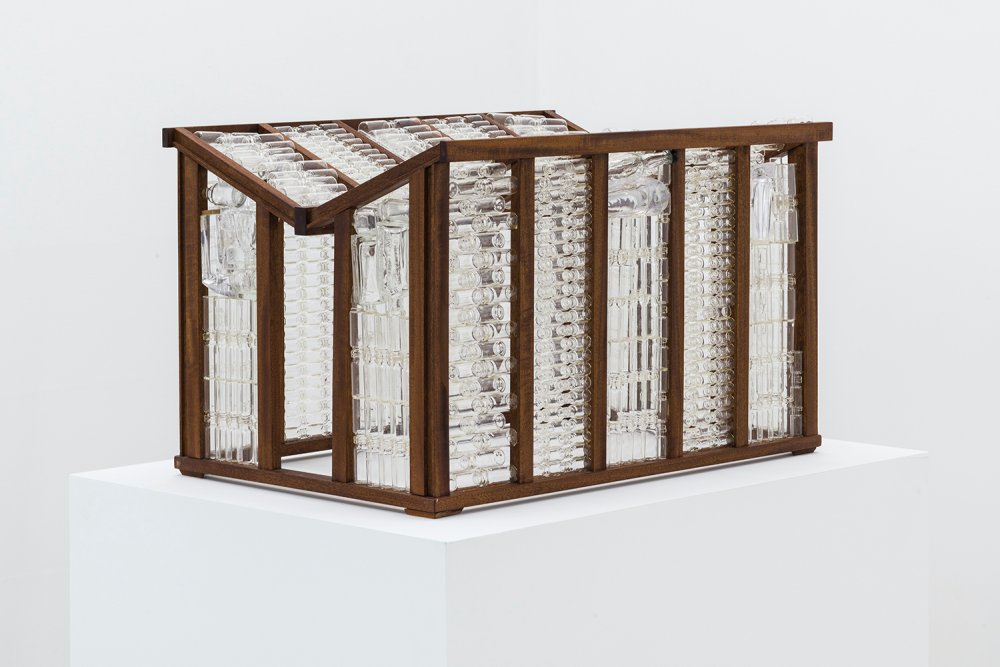 Mildred Howard
You Are Welcome Here, 2020 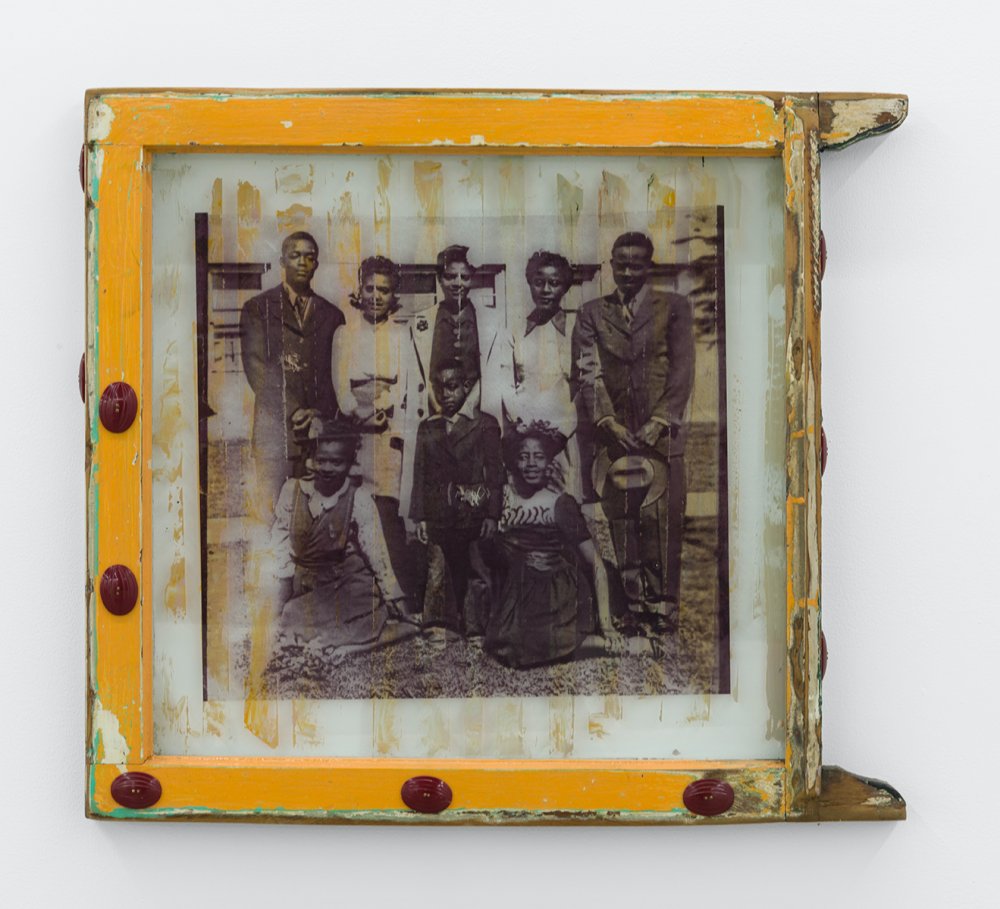 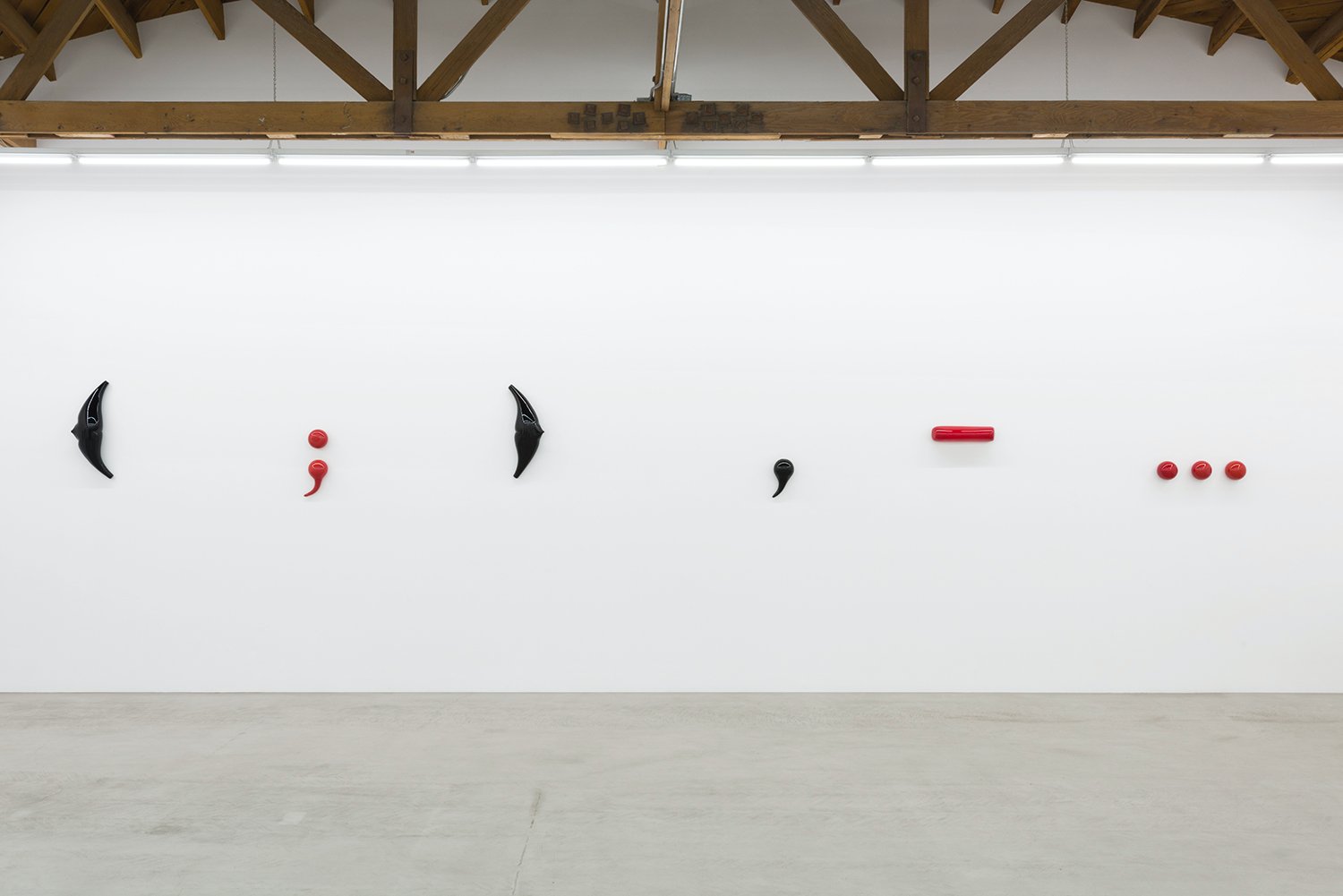 Mildred Howard
Parenthetically Speaking...It’s Only a Figure of Speech, 2010 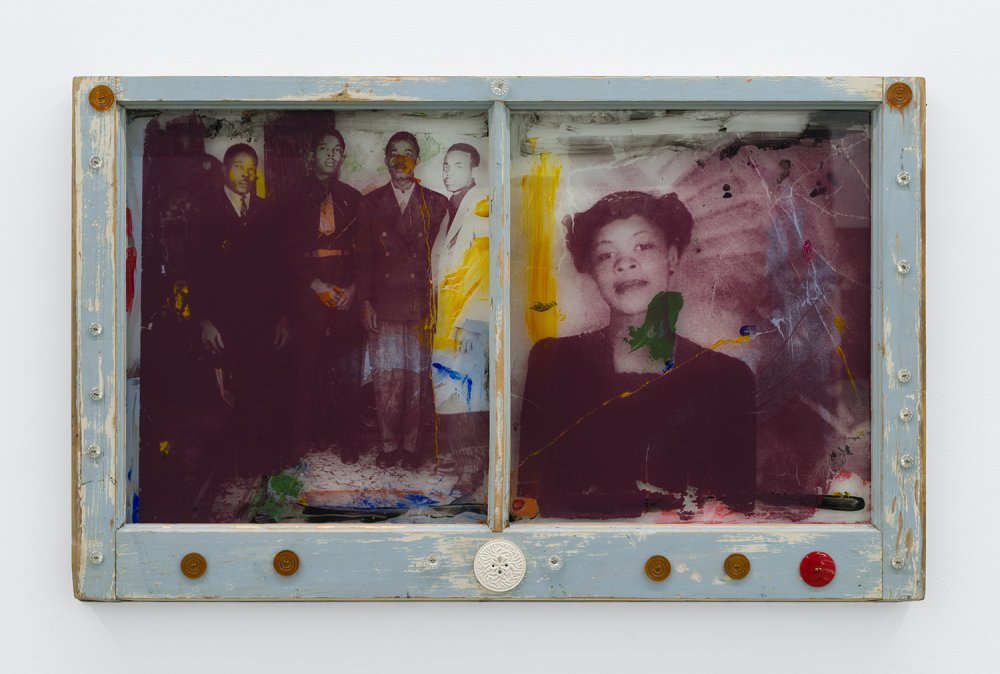 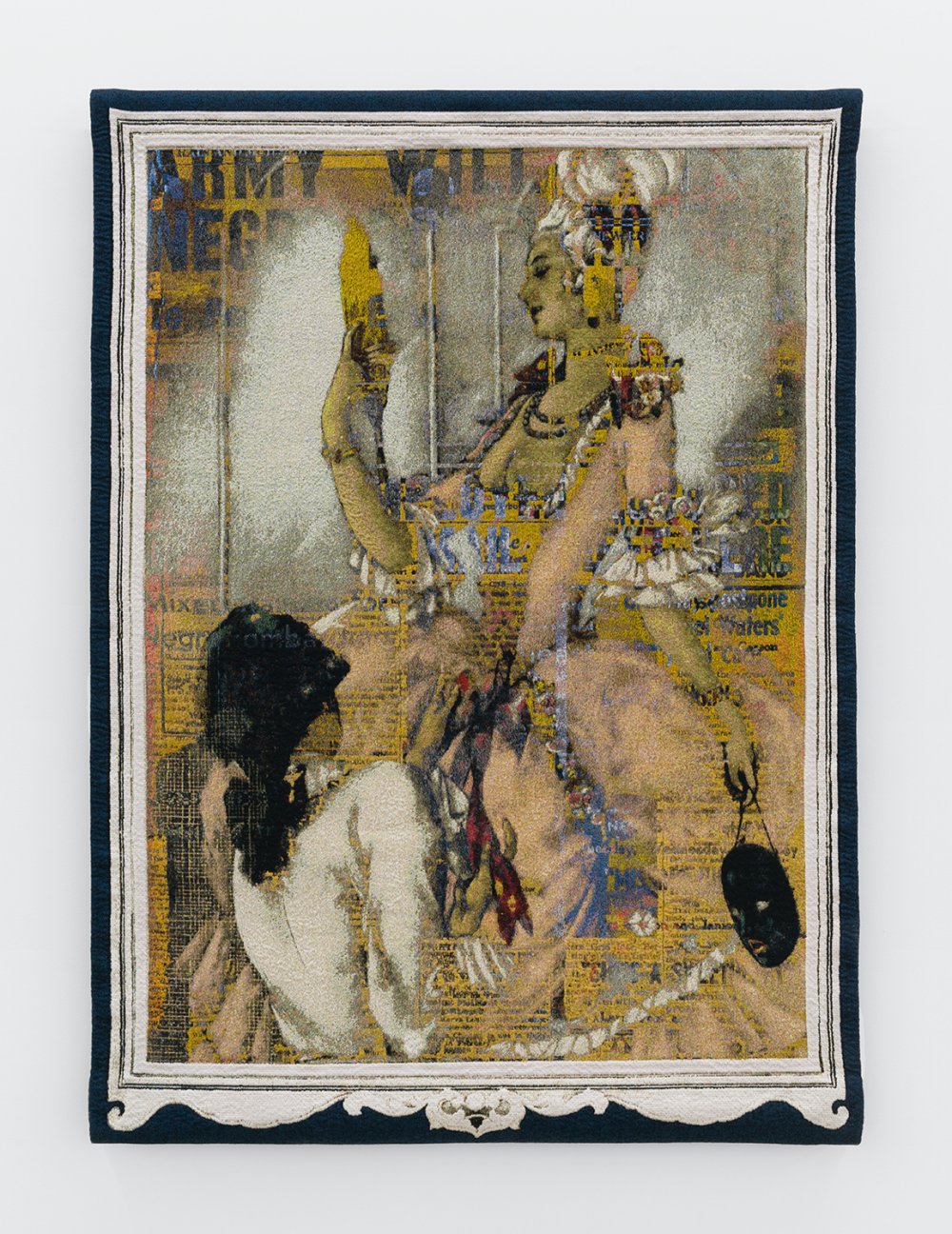 Mildred Howard
Casanova: Style, Swagger, and the Embracement of the Other II, 2018 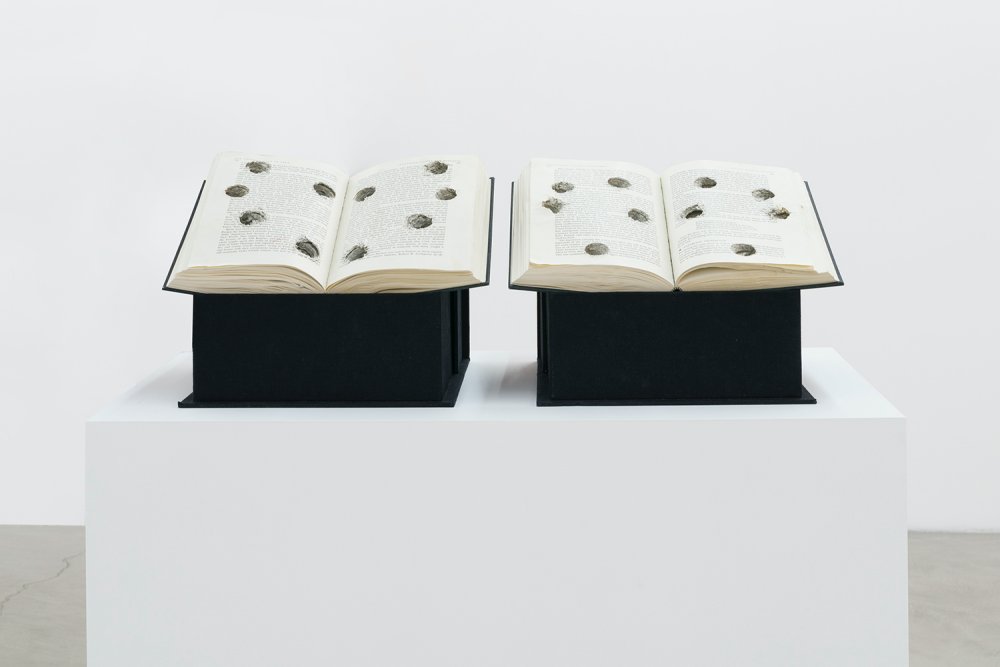 Mildred Howard
Volume I & II: The History of the United States with a few Parts Missing, 2007 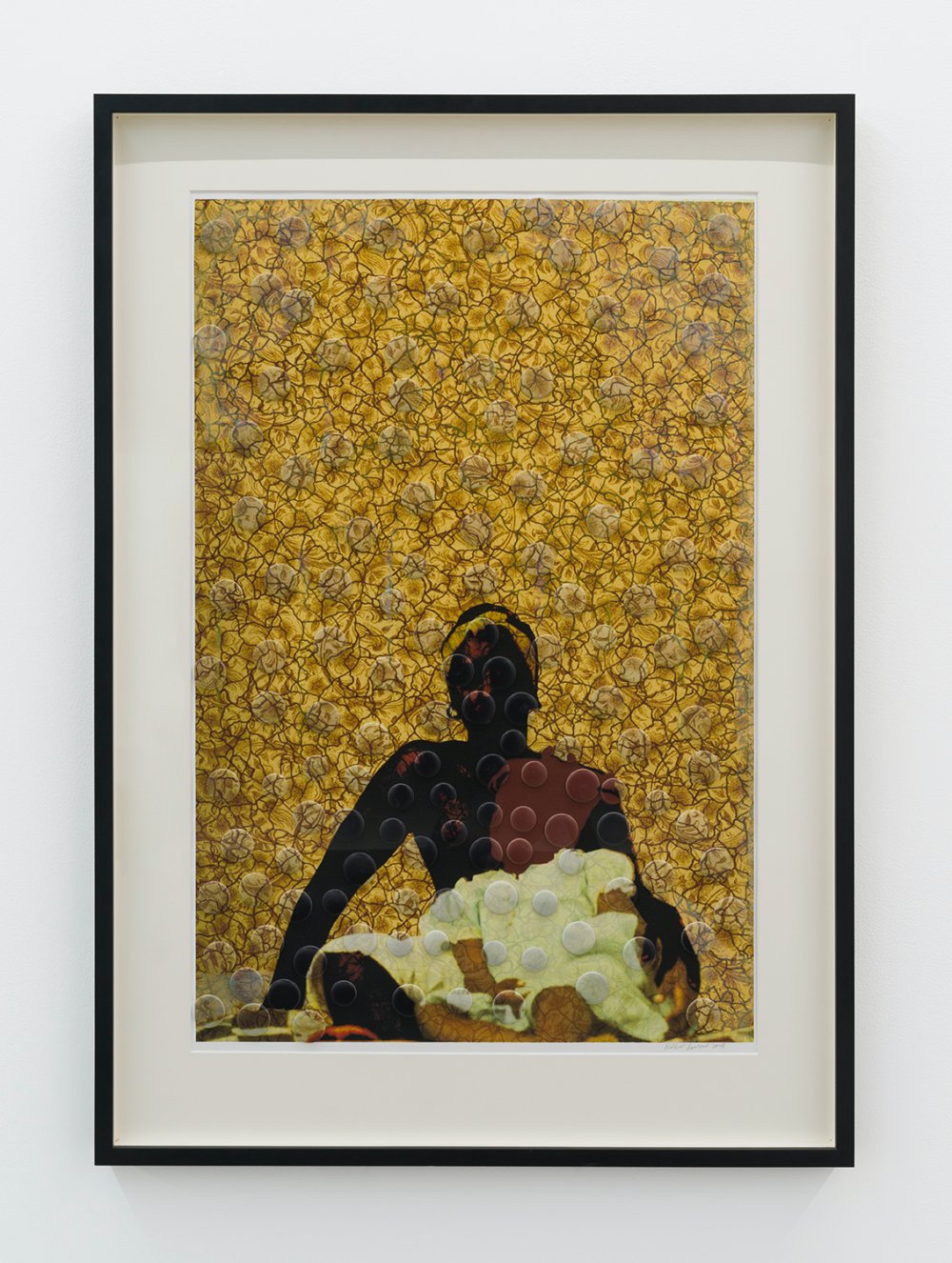 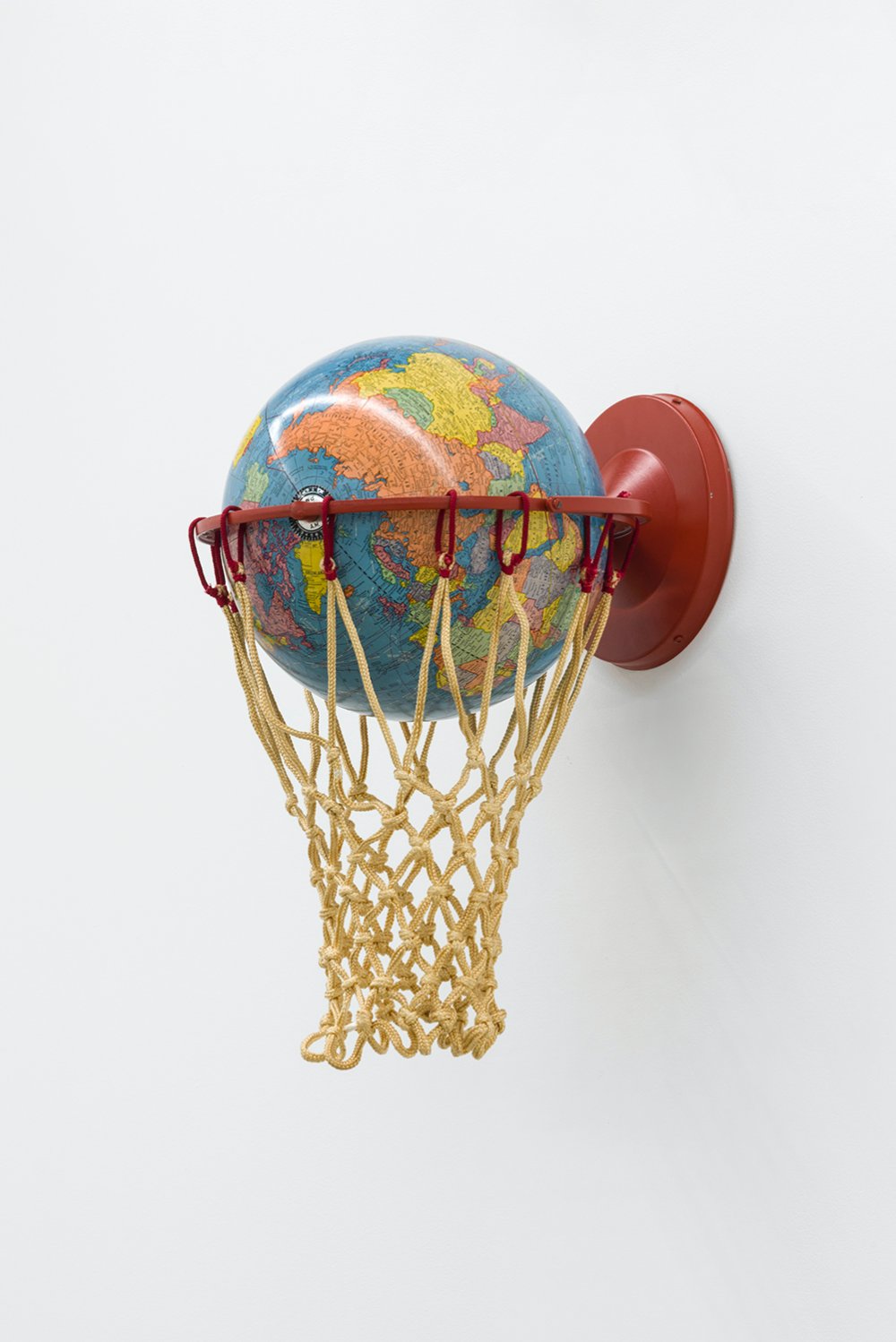 Mildred Howard
On the rebound, 2010 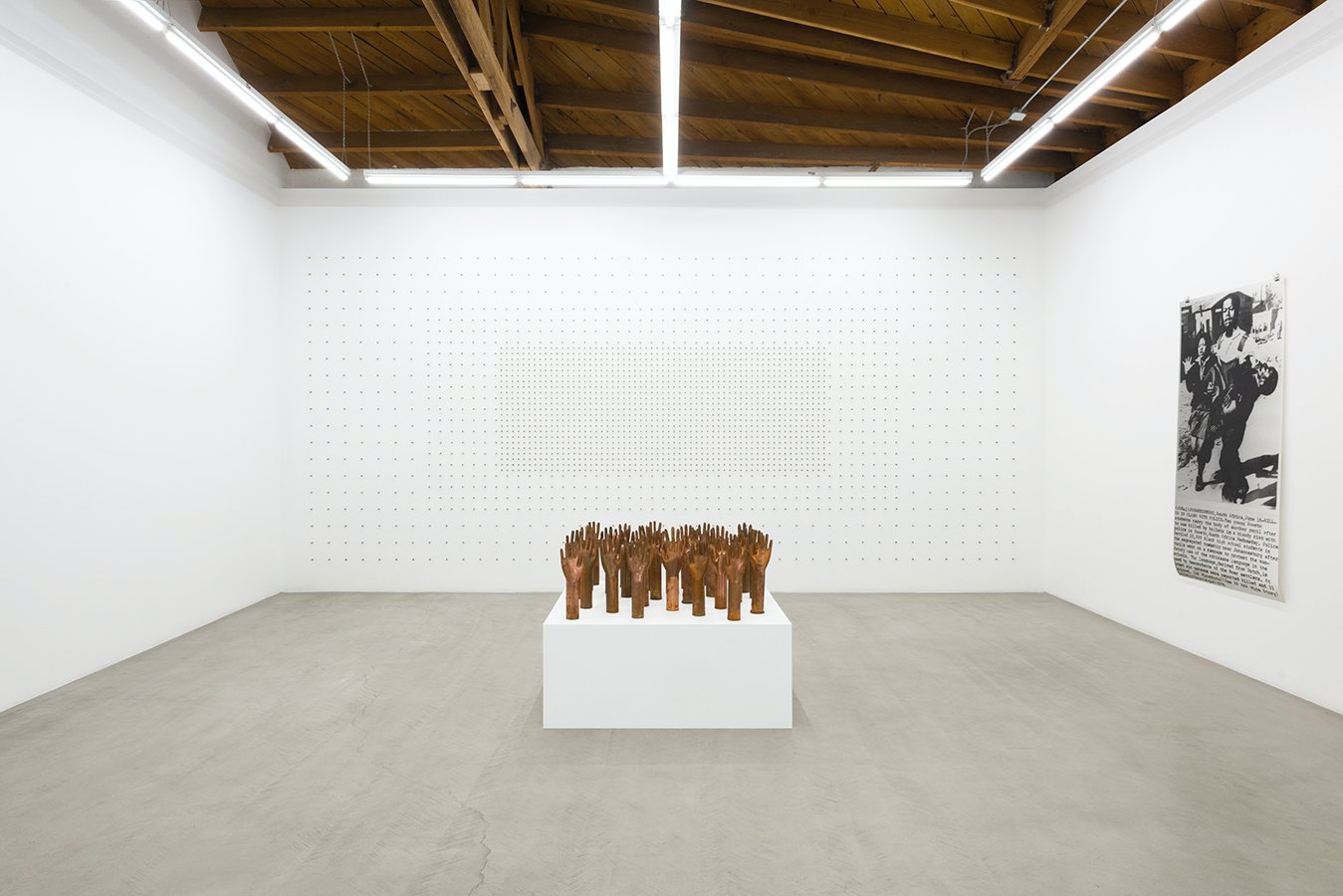 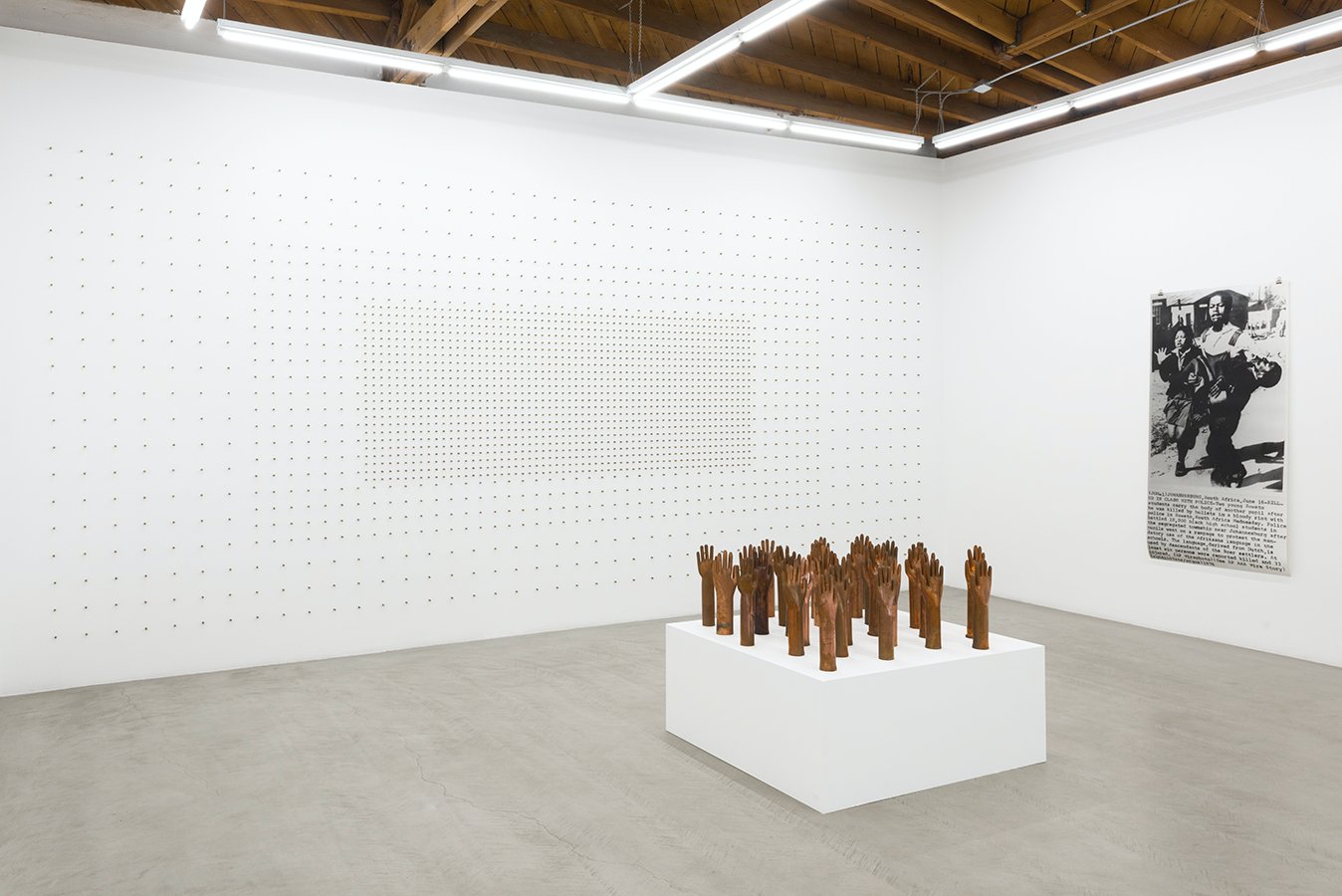 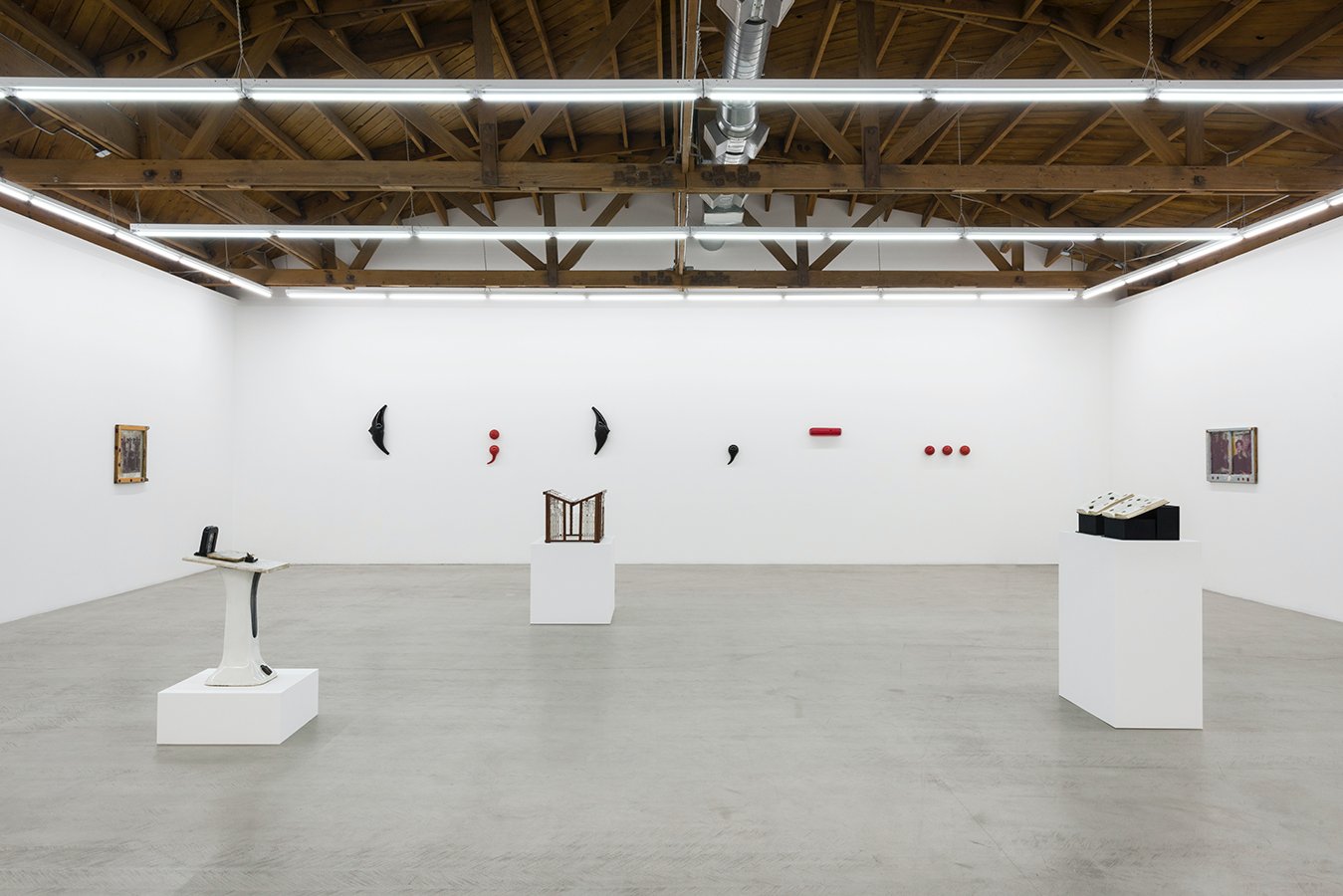 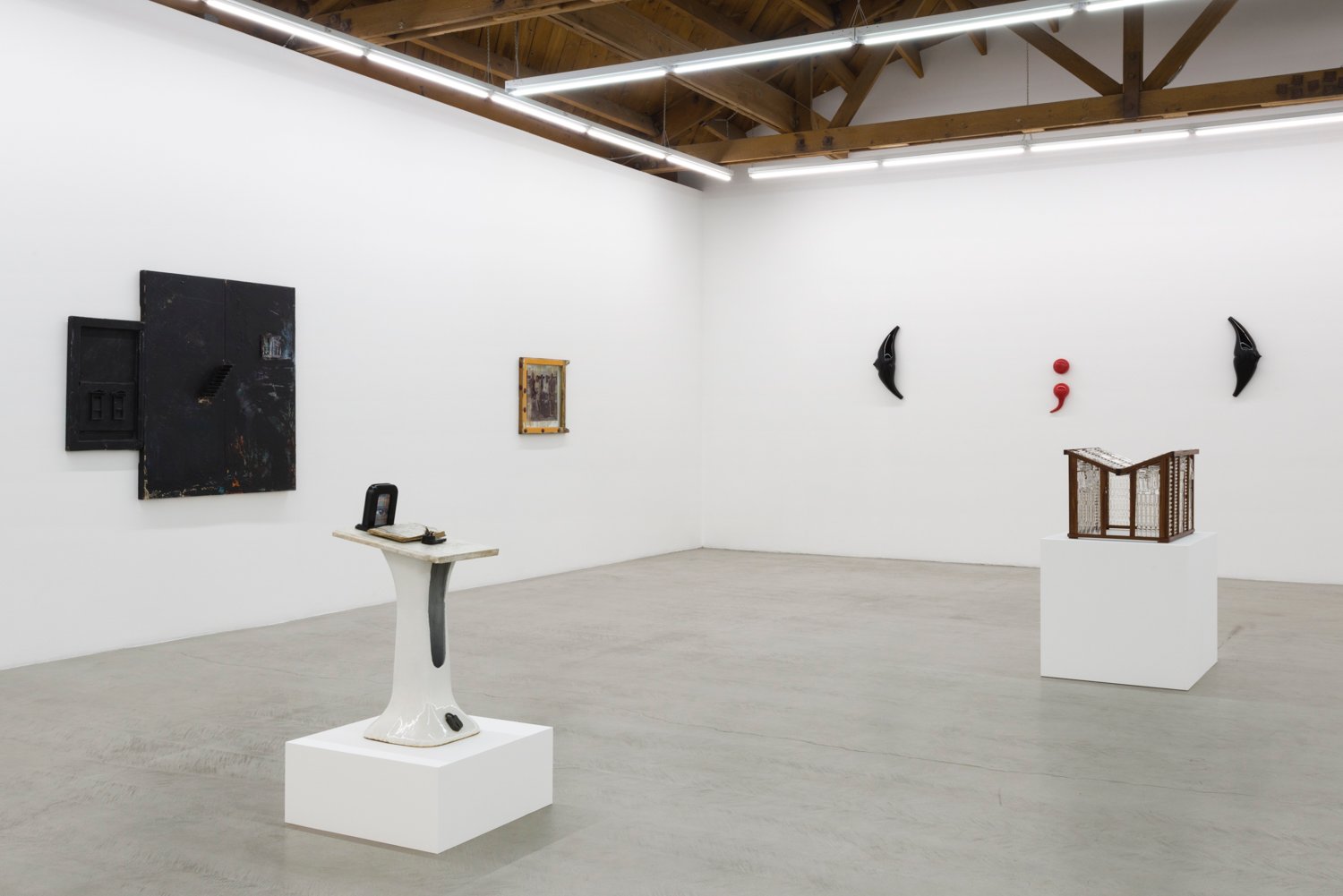 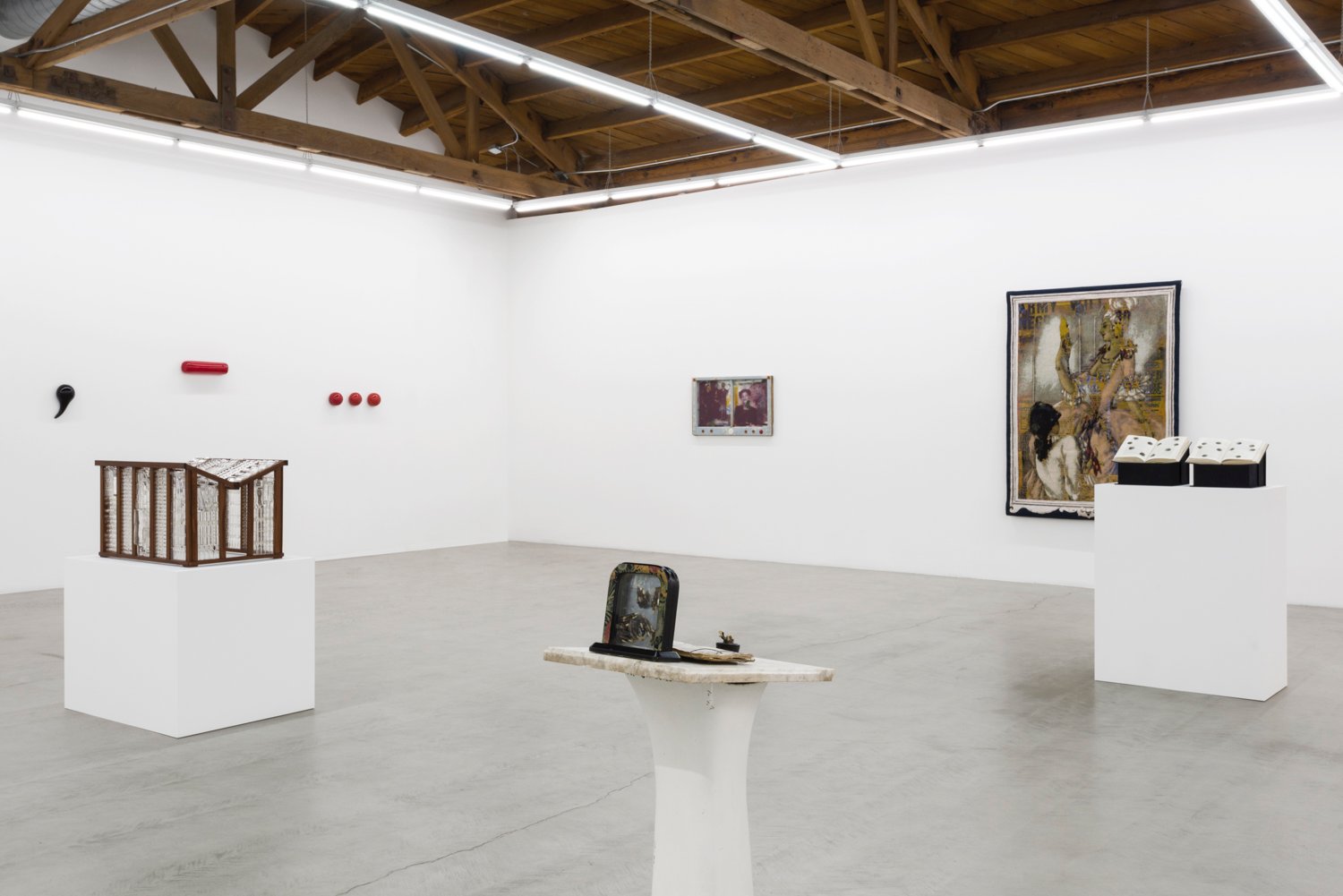 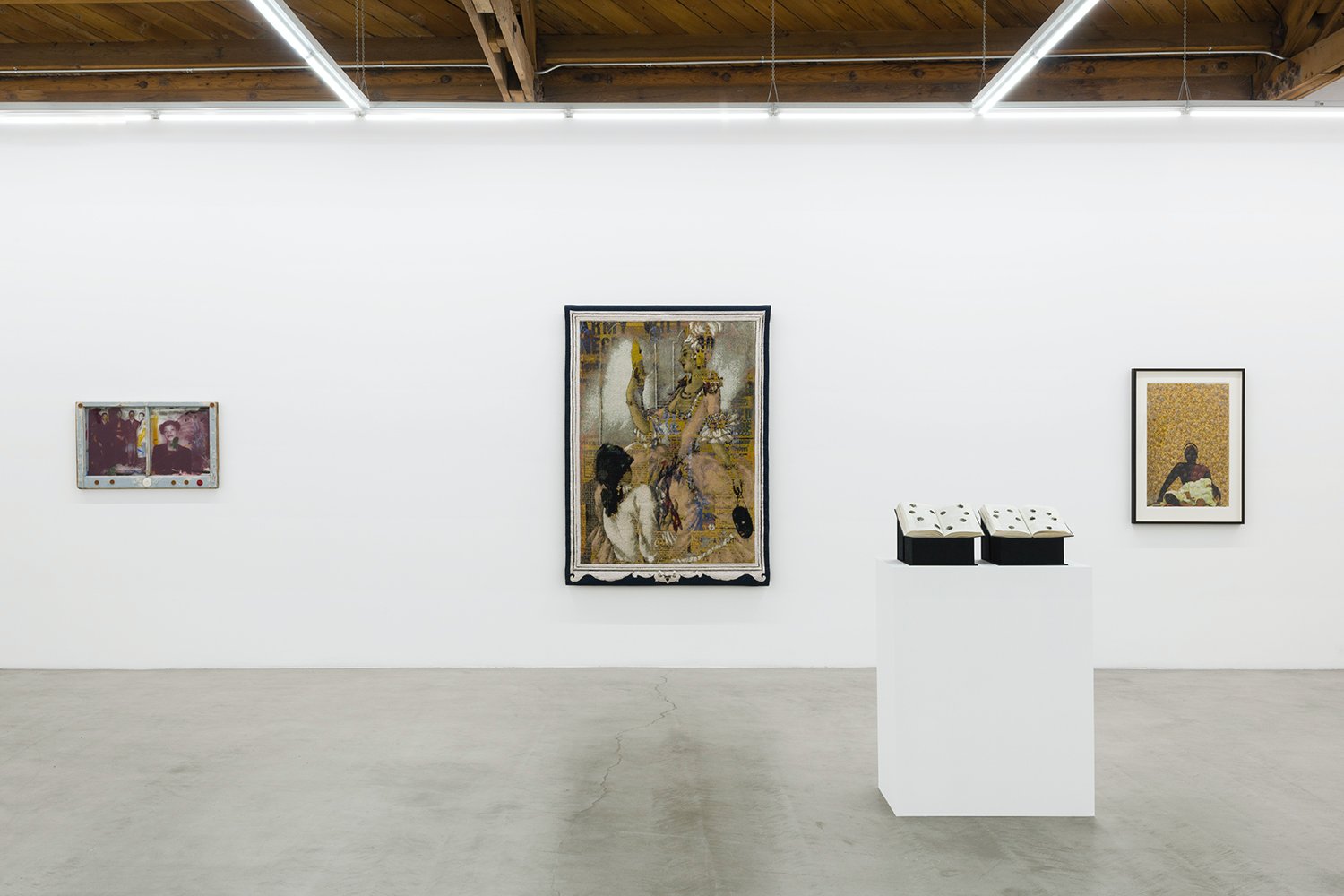 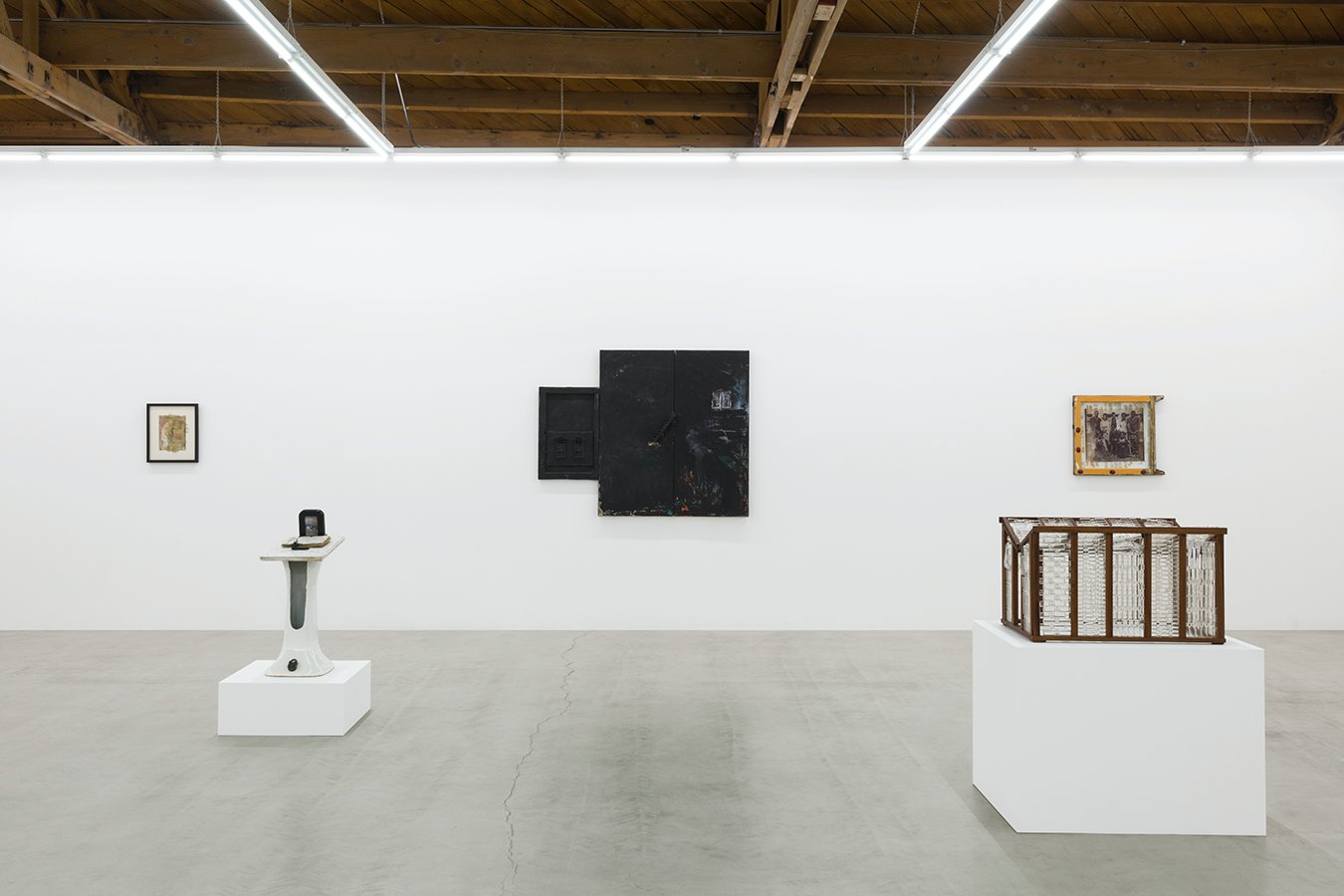 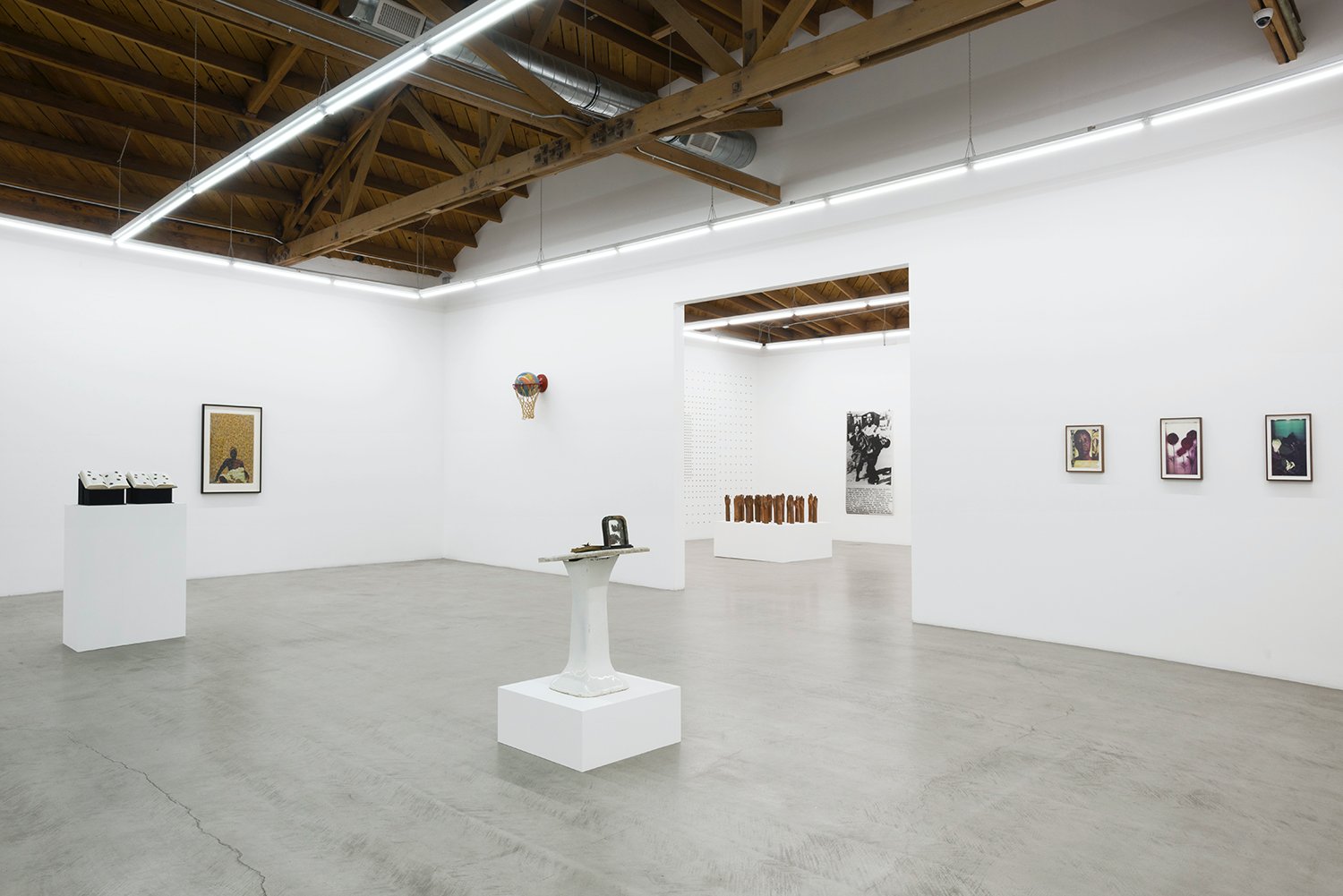 The works in this exhibition exemplify the range of materials Howard has used throughout her career, including fiber, blown glass, printmaking, found objects, photo collage, painting, and installation. Howard’s early works, which often include objectified depictions of her own body, explore the African diaspora, focusing on identity and relationships to nature. Some of these pieces trace the histories of migrant families like her own, and feature personal memorabilia and found objects stitched together. In the late 1970s, Howard began experimenting with colored Xerox machines–then an exciting, new technology–creating collages and self-portraits by positioning images and real objects together on the scanner bed to form high-contrast and saturation impressions.

Memories are central to Howard’s work: she responds to personal experiences and expands outward, paying homage to past lives. The installation Ten Little Children Standing in a Line (One Got Shot, and Then There Were Nine) (1991), for example, was created in response to the 1976 massacre of schoolchildren in Soweto, South Africa. The Soweto Uprising occurred during an otherwise peaceful protest lead by schoolchildren against the Apartheid policy to teach only in Afrikaans, the language of oppression, rather than in English. (Official reports state between 176 and 700 people murdered, with 4,000 injured–in contrast to the six stated in the initial AP newswire.) Howard recalled her reaction to news of the event, exclaiming, “These could be my kids. We are all affected by racism!” Pleasing to behold, the wall-based element of Ten Little Children Standing in a Line, installed in the form of an expanding grid, emits the disarming illusion of balance and order. Upon closer inspection of the components comprising this work, however, the viewer sees that the grid is made of thousands of used bullet casings. In this work and others, Howard aims to draw out discomfort and unease from the viewer with the hope that a collective motivation to challenge forces of power within society will follow.

The playful, rounded glass figures of Parenthetically Speaking…It’s Only a Figure of Speech (2010) were conceived of in response to Quincy Troupe’s poem “At the End,” wherein punctuation is pointedly employed to denote the passing of time and power of memory. Howard highlights how punctuation controls the flow of language, and dictates the way in which a reader stops, pauses, or moves forward. A literal play on words–though words are absent–Parenthetically Speaking embodies Howard’s ongoing investigation of interpretation and questioning.

The sculpture You Are Welcome Here (2020) is made from an assortment of found glass bottles and wooden posts that form a hybrid structure: a combine featuring elements adopted from Joseph Eichler’s modernist architecture and a model of slave quarters. Eichler was notably one of the first architects who did not discriminate against homeowners on the basis of ethnicity, class, or religion– a rare and revolutionary act in the 1940s and ‘50s. Howard also cites a passage from James Weldon Johnson’s Autobiography of an Ex-Colored Man, wherein the narrator encounters vari-colored glass bottles that appear to grow from the ground. The glass bottles in this structure–spirit catchers meant to ward away evil–illuminate the interior of the space; they simultaneously protect the house as a shrine of memories and render it susceptible to intrusion.

Howard’s conceptually-driven assemblages depict the human experience and the anthropological quest for knowledge. Her work is deeply personal yet universal. In positioning each individual experience as one element of a larger, collective history, Howard re-defines and contextualizes this shared identity, expelling stereotypes by taking hold of ideas and rendering them powerless.

Mildred Howard (b. 1945, San Francisco, CA) completed her Associates of Arts Degree & Certificate in Fashion Art at the College of Alameda, Alameda, CA in 1977 and received her M.F.A. from Fiberworks Center for the Textile Arts at John F. Kennedy University in Berkeley, CA in 1985. In 2015, she received the Lee Krasner Award in recognition of a lifetime of artistic achievement. She has also been the recipient of the Nancy Graves Grant for Visual Artists (2017), the Joan Mitchell Foundation Award (2004/5), a fellowship from the California Arts Council (2003), the Adeline Kent Award from San Francisco Art Institute (1991), and, most recently, an honorary Doctorate of Fine Arts and the Douglas G. MacAgy Distinguished Achievement Award at San Francisco Art Institute (2018). Her large-scale installations have been mounted at: Creative Time in New York, InSITE in San Diego, CA; the Museum of Glass in Tacoma, WA; the National Museum of Women in the Arts; the New Museum in New York, the City of Oakland; and the San Francisco Arts Commission and International Airport. Her works reside in the permanent collections of: SFMOMA, San Francisco, CA; the de Young Museum, San Francisco, CA; the Berkeley Art Museum and Pacific Film Archive, Berkeley, CA; the Museum of Contemporary Art San Diego, San Diego, CA; the Museum of Glass and Contemporary Art, Tacoma, WA; the Oakland Museum, Oakland, CA; and the San Jose Museum of Art, San Jose, CA, among others.