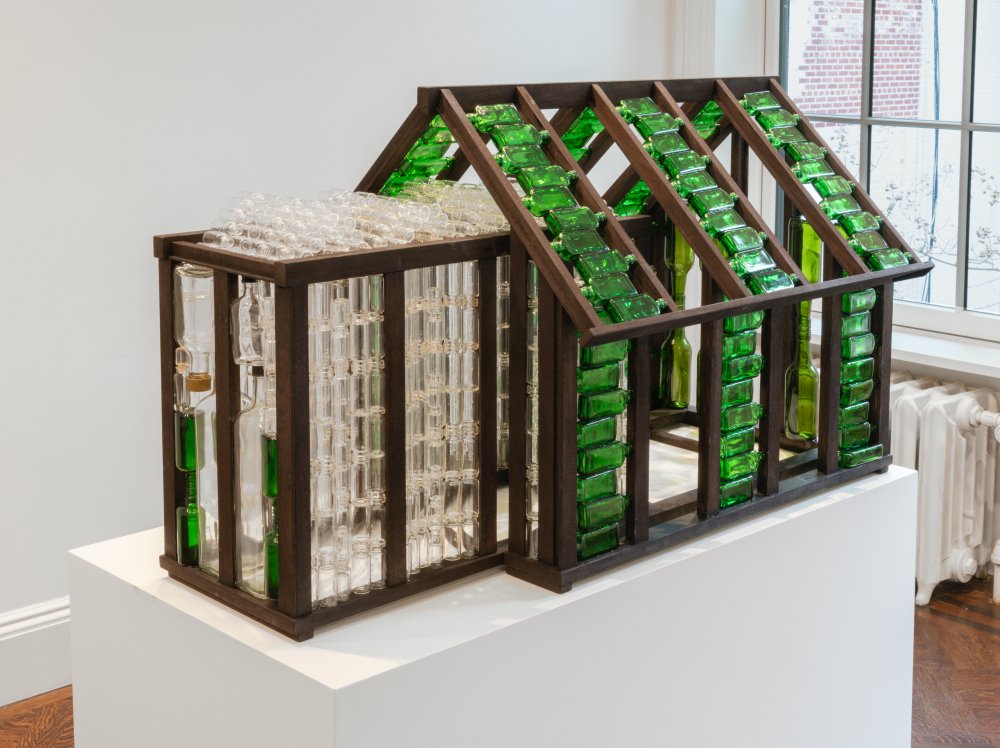 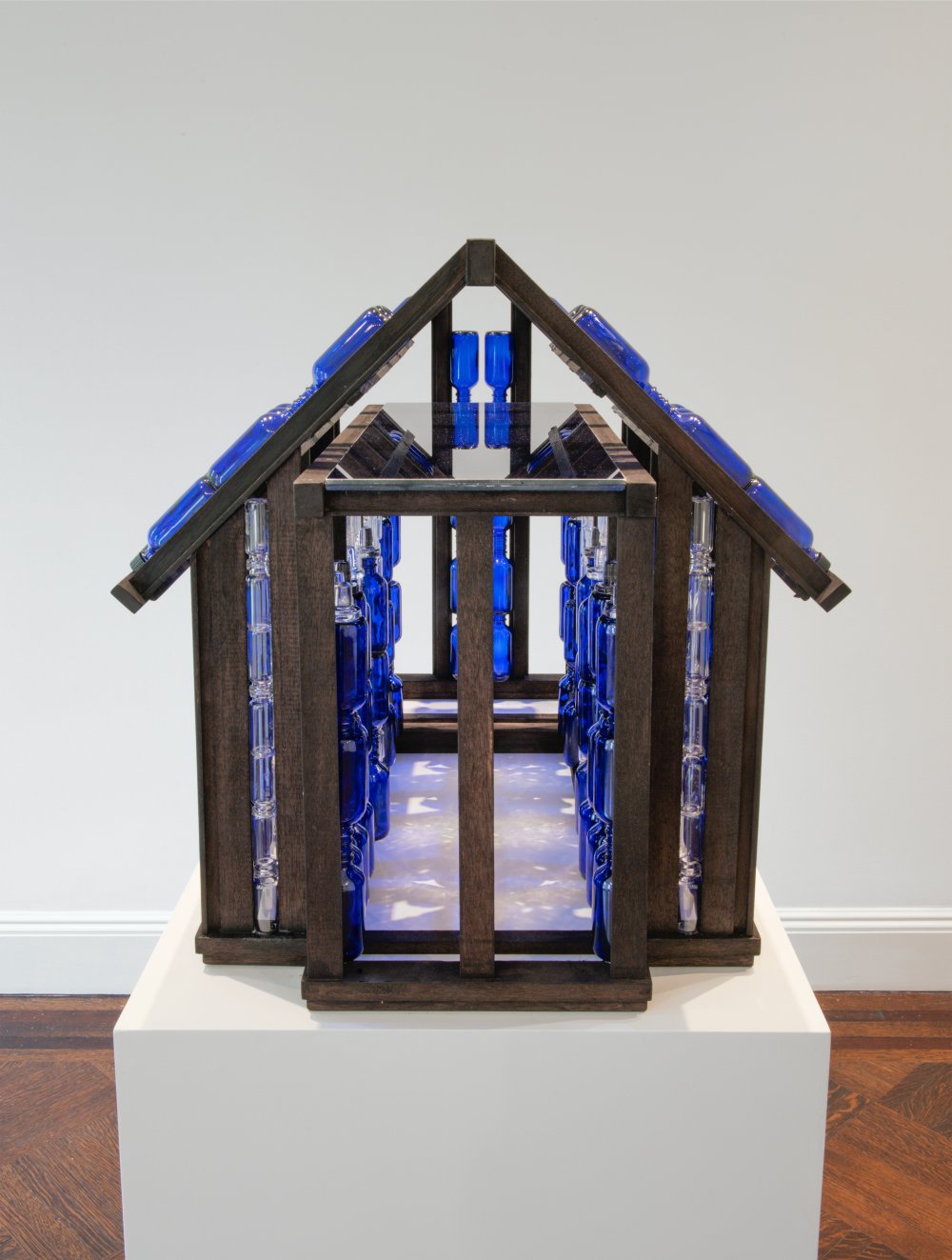 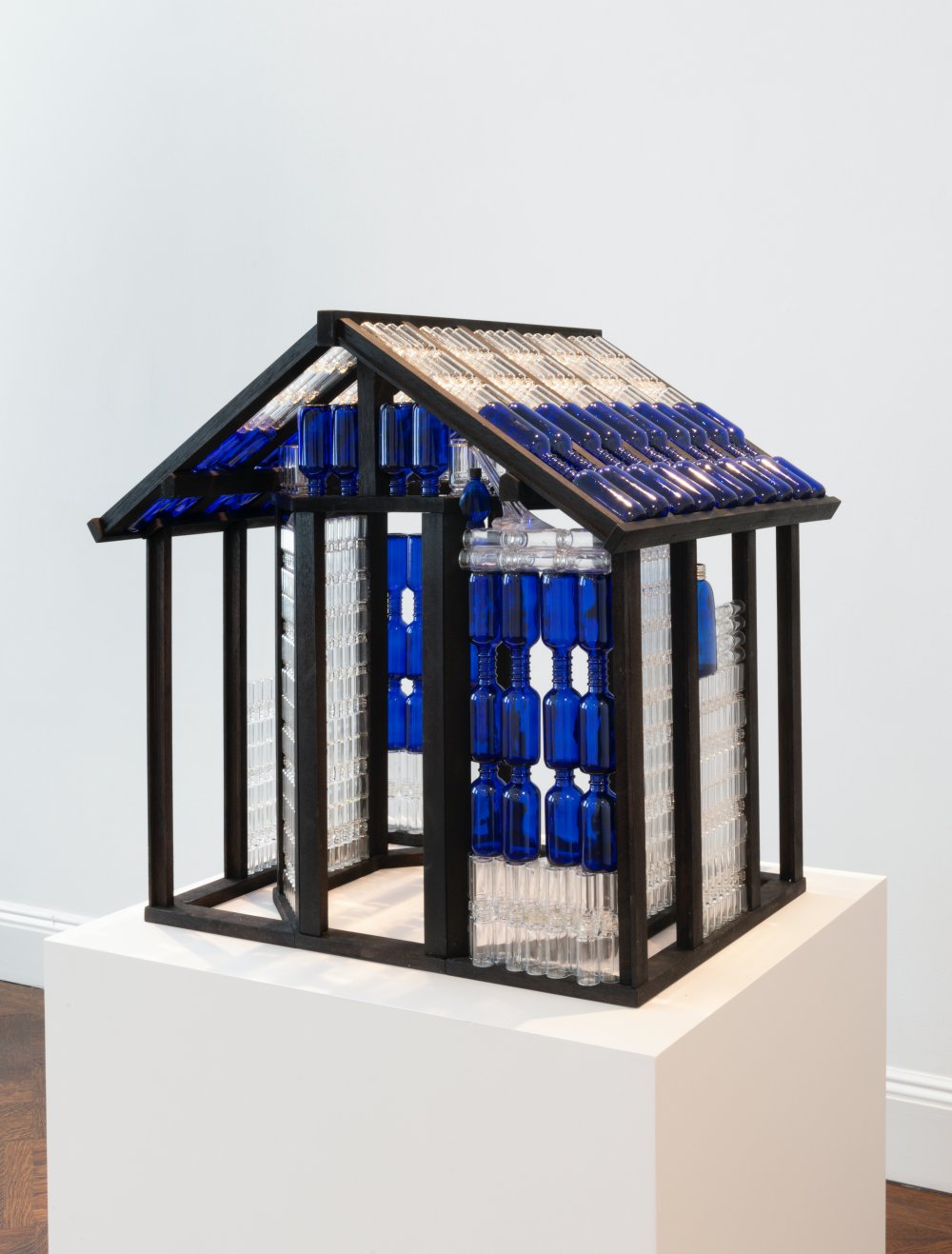 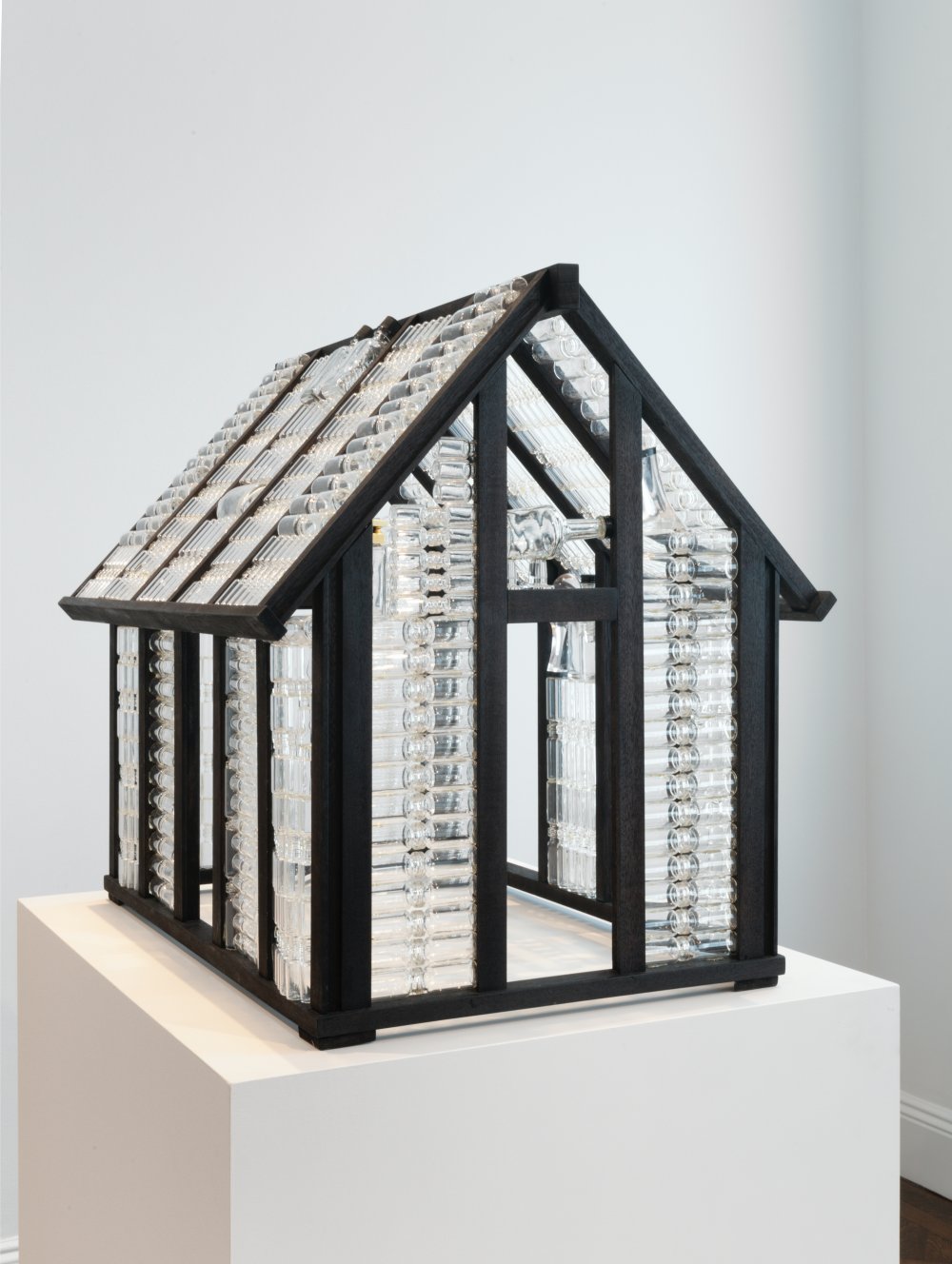 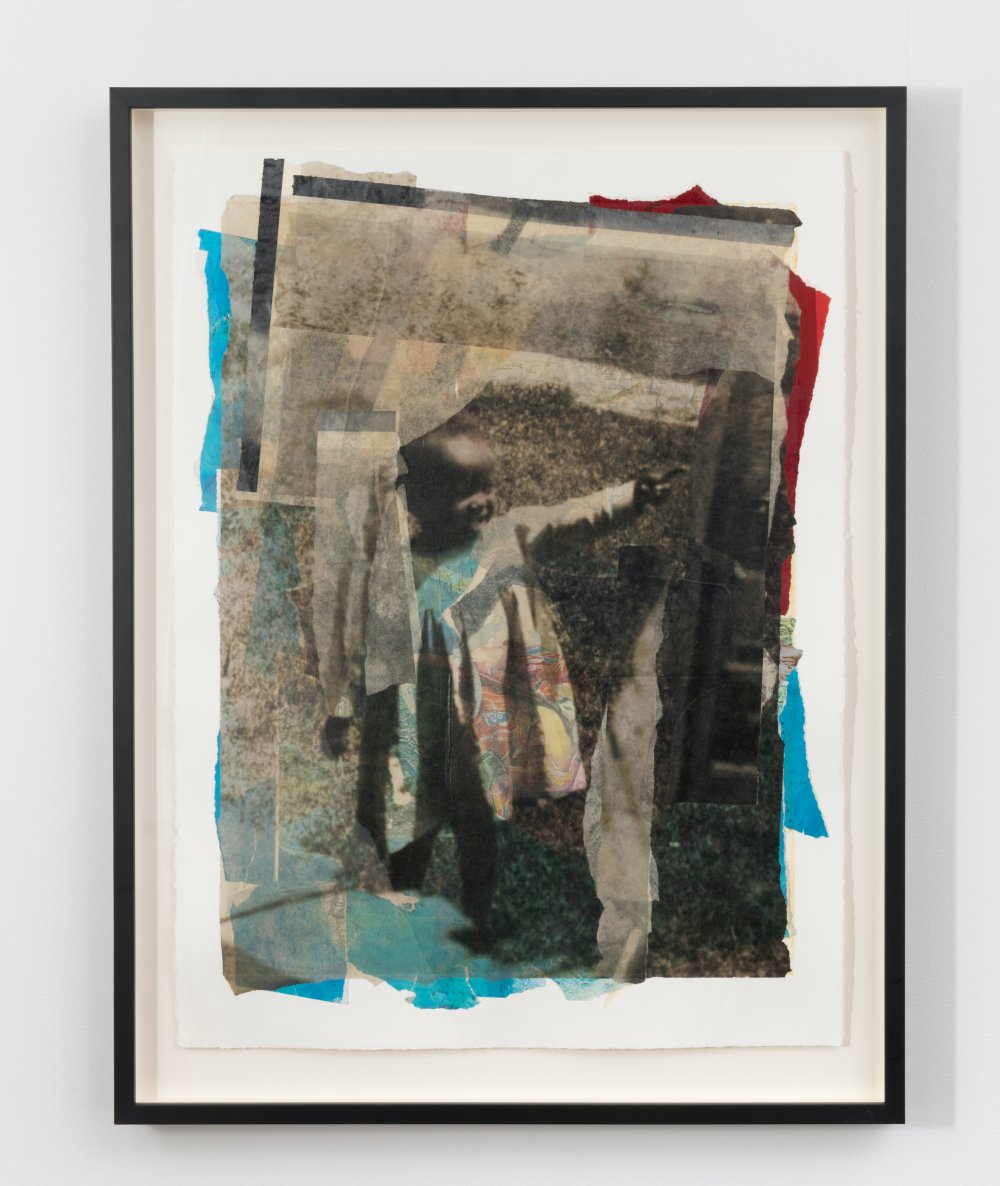 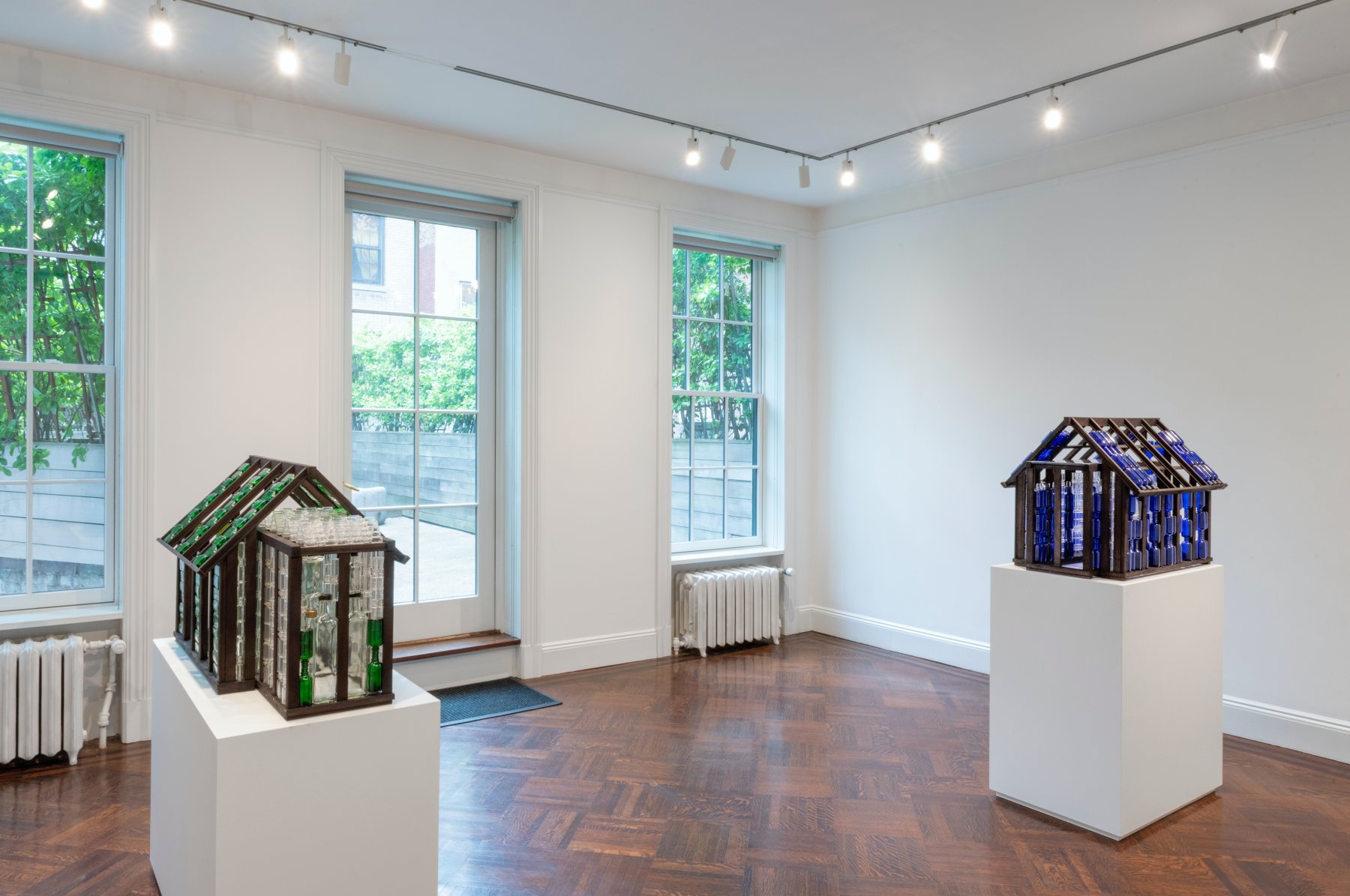 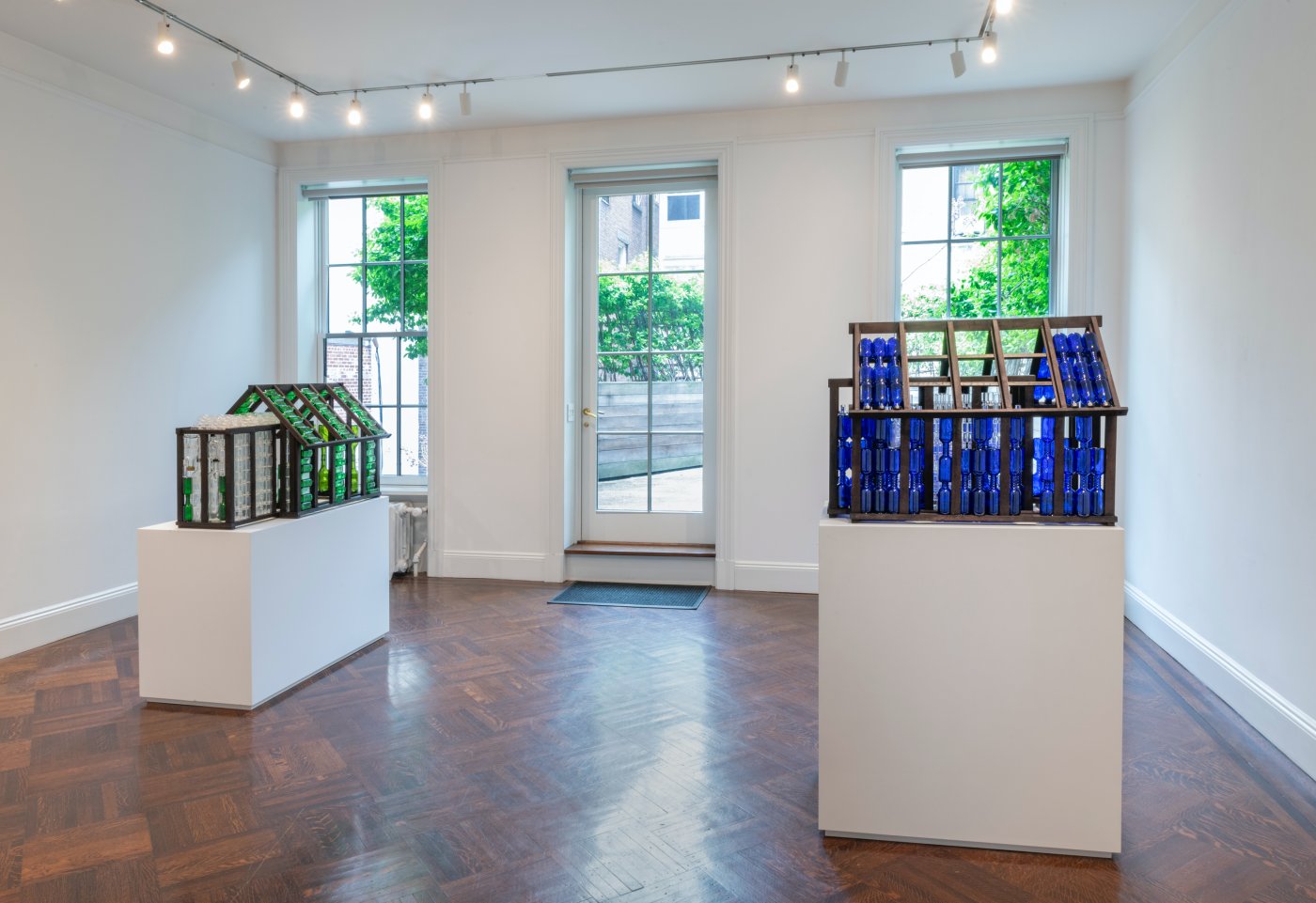 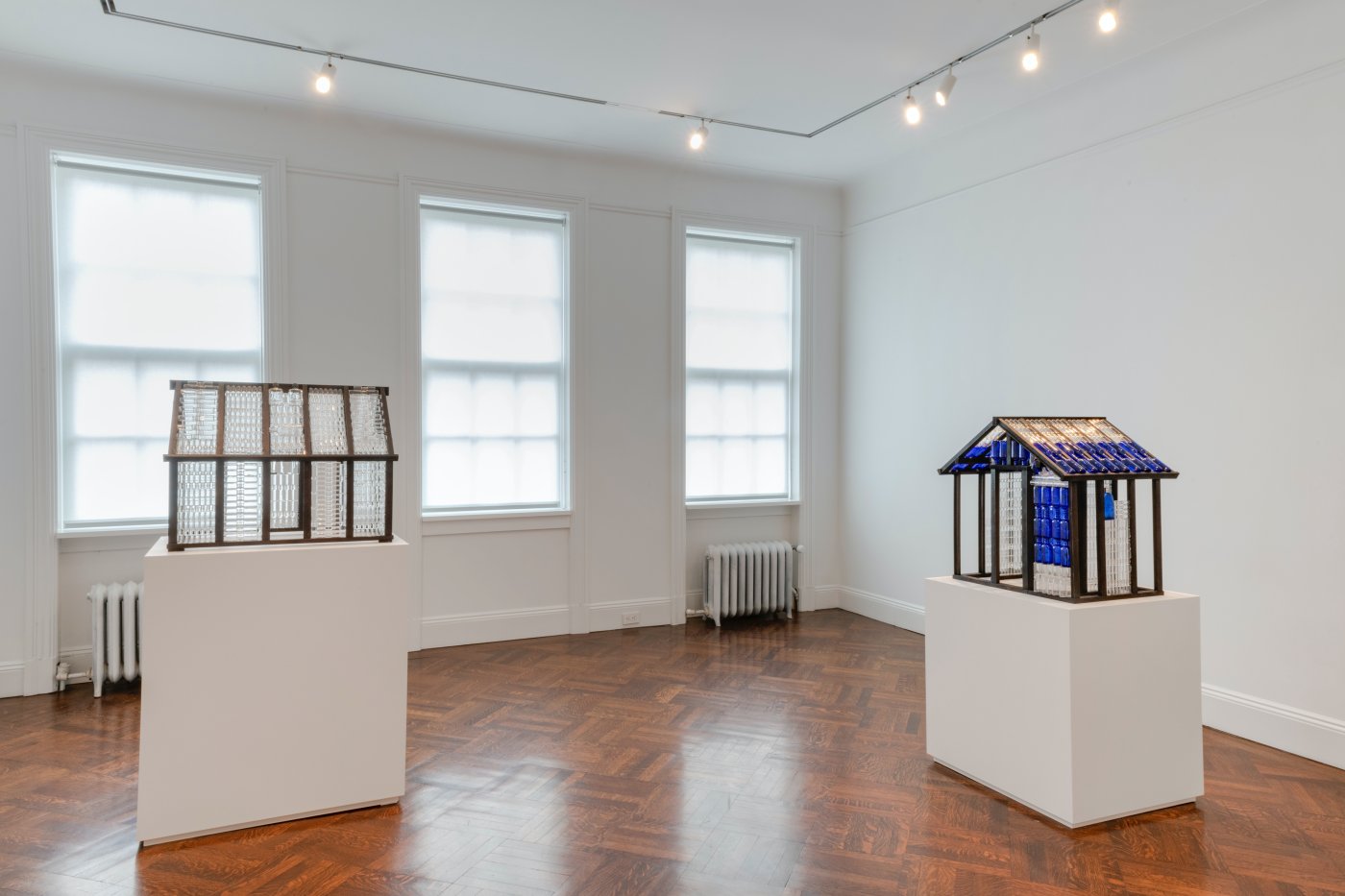 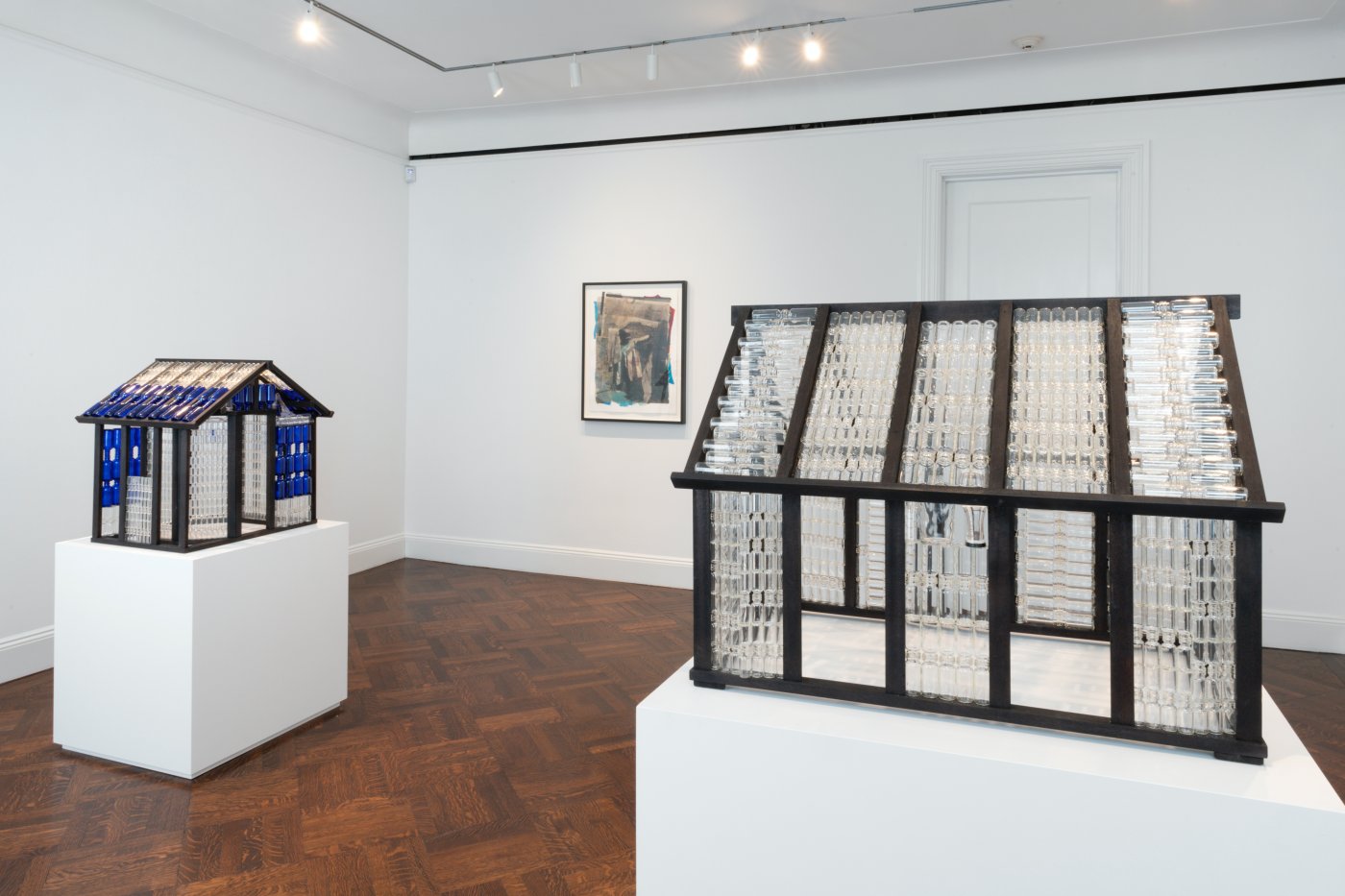 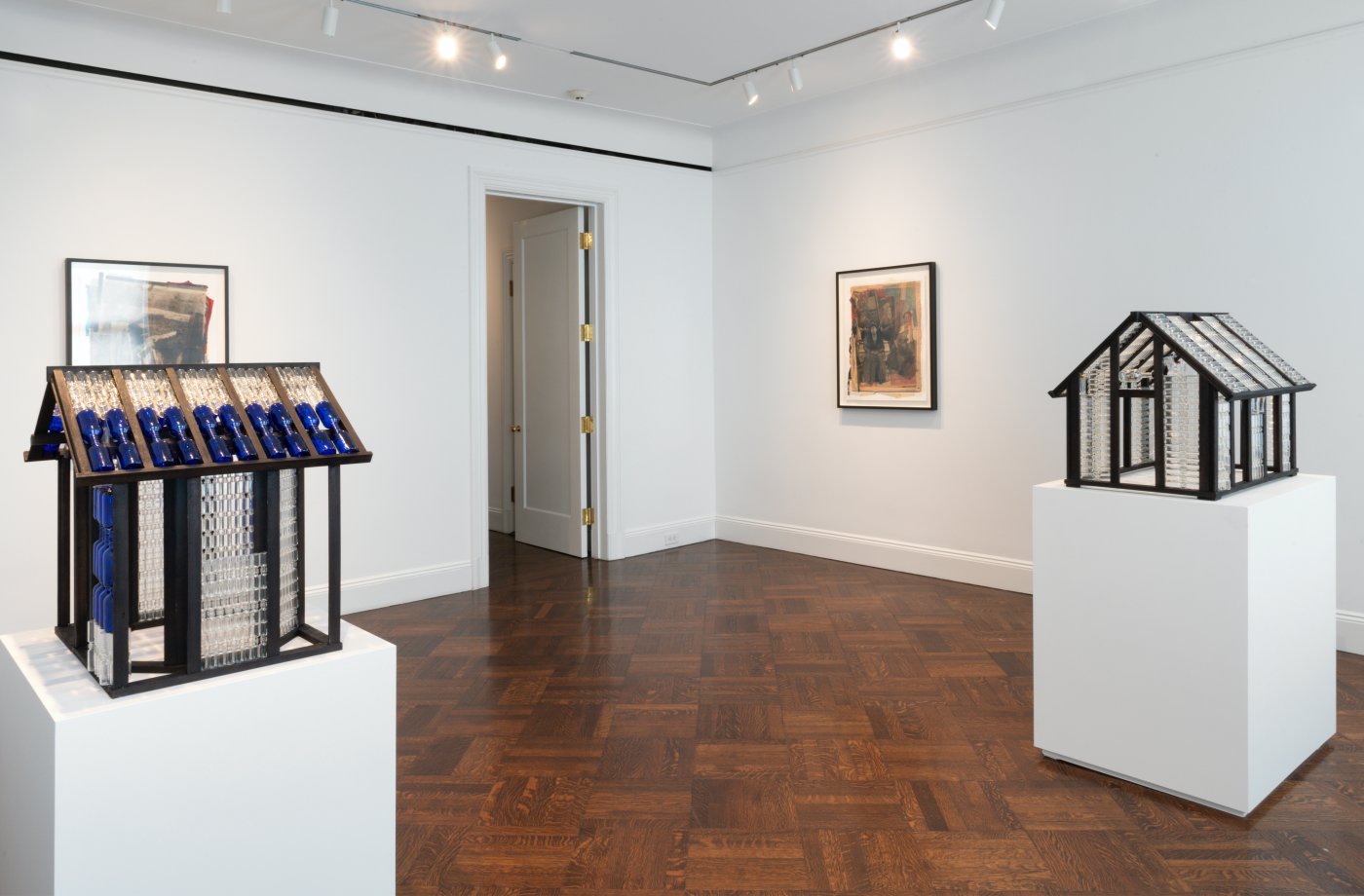 The artist’s own words are, unquestionably, the most poignant and succinct measure of the works’ meanings:

Much of what I have written below is still true, but, with the houses for this exhibition, the inspiration was done under the shadow of all the recent killings. In order to keep focused and deal with the tragedy of so many killed by those hired to protect, I found myself once again looking to music as my inspiration. These houses are a symphony for justice and freedom. One might ask “Why glass?” and my response is “Why not.”

My work has evolved out of a desire to communicate and remember in a world that regularly forces silence and amnesia upon large groups of people – especially people of color – and in which both actors and spectators are numb to the pain of the other side. My use of found objects and images is an indirect appeal to something beyond the material, even as it acknowledges that the material world has supplanted our shared history and has eclipsed myth or even religion for many people as a repository for belief and an arbiter of truth.

My use of glass is informed by the same principles. I do not use glass exclusively; to be honest, it is just another medium to me, a letter in the alphabet of signs and symbols presented by the material world. Glass does have unique properties, of course, which I first investigated in depth while creating an integrated art and science curriculum at San Francisco’s Exploratorium, where I used glass bottles to develop experiments for teachers demonstrating the physics of light and color. I became captivated by the interaction of light with a glass object — how it reflects and refracts, how the shadows change over time and the myriad shades and colors of shadow cast by colored glass.

Originally inspired by bottles used in the gardens in the American South intended to protect against bad spirits, these bottle house sculptures evoke a range of associations, from domesticity to transparency, containment to loss. Houses are containers of known and unknown memories, passed on from generations. These houses explore the quality of glass to reflect and refract light while at the same time metaphorically drawing on one’s life experiences.

At the same time, I am continually reminded of the use of glass by one of my most persistent artistic inspirations, Marcel Duchamp. His critical recontextualization of objects and witty questioning of the boundaries of the material world remain as sharp as when he was making art in the early 20th century. Duchamp’s two major glass works, The Bride Stripped Bare By Her Bachelors Even (aka “the large glass”) along with the somewhat lesser-known To Be Looked At From Both Sides of The Glass…, take their cue from the role of glass in Modernist architecture and the capitalist system of exchange: namely, as an agent of separation. Glass divides the turbulence of the street — the homelessness, the discarded trash, the chaos of life — from the neat, clean, orderly goods and services on the other side of the window; it is the unfeeling protector of the sanctity of the material world, and in his work Duchamp uses glass’s suggestion of division and emotional coldness to great effect.