Workplace presents the first UK solo show of Surinam born Dutch-Indonesian painter Miko Veldkamp opening at the gallery’s East London location on Saturday 22nd January. Veldkamp grew up in The Netherlands and is currently living and working in NY, where he graduated from Hunter College MFA program in June 2021. 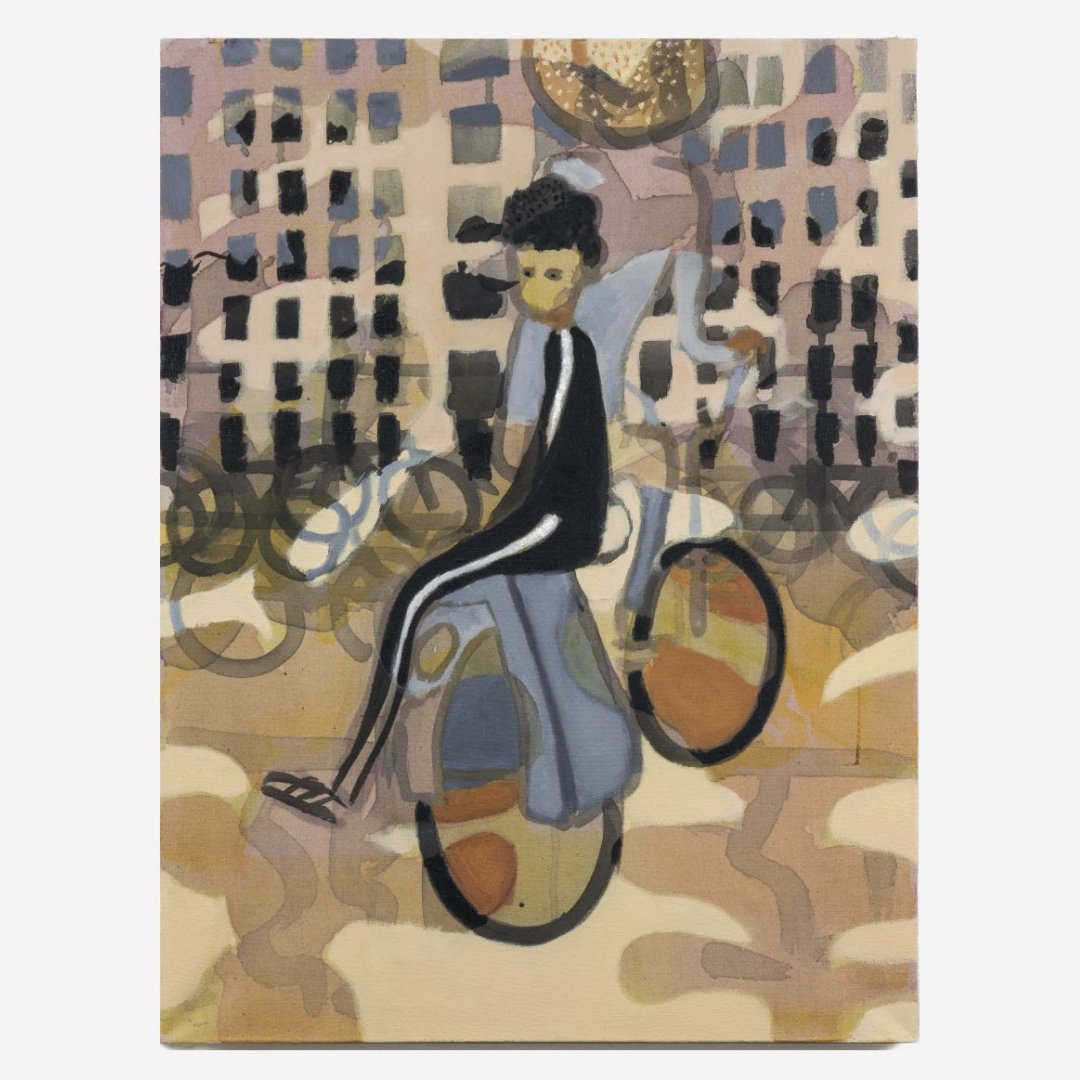 Miko Veldkamp’s recent paintings articulate spaces of memory—scenic portals, transgressive playgrounds, and “pseudo-self-portraits” are rendered in lush dreamscapes cultivated from his imagination. He begins with light washes of color, building layer upon layer, peering through degrees translucency and revealing the mechanisms of painting itself. Numerous, meticulous sketches line the walls of his studio. While these “exercises” bear a visual similarity to his finished paintings, they are not necessarily studies. His process, instead, happens directly on the canvas. His sketches allow him to reconstruct physical spaces from memory, but he embraces the poetic potential of misremembering to create new worlds for exploration and interaction for himself and the viewer.

His previous and ongoing work candidly brushes up against the canon of art history, calling our attention to its inexactitudes, contradictions, and gaps. In this vein, the works in Ghost Stories push against hegemonic readings of cultural otherness that deeply proliferate the canon, against notions of the civilized and wild, against subjective renderings and colonial readings of the postcolonial body. Born in Suriname and raised in the Netherlands, Veldkamp’s paintings typically draw from his experience of living across cultures and geographies, which become points of departure in his work. But Veldkamp’s cultural references blend into his artistic influences—the impressionistic techniques and embedded symbolism of Les Nabis, the theory of transparency cultivated by Josef Albers, and the framing devices utilized by Vermeer all inspire the fantastical realms in which the artist explores notions of history, identity, and home.

For Veldkamp, figuration and abstraction do not live at opposite ends of a spectrum, nor do transparency and opacity. Édouard Glissant defined opacity as unquantifiable otherness, while Albers approached transparency as a fundamental way of seeing. Veldkamp’s paintings exist somewhere between these realms of thought—with deceptive reflections and spectral shadows, they reveal the spaces that the other occupies, while retaining hidden symbols from the artist’s life, imperceptible to some, but knowable to others. Through his depictions of parks, landscapes, living rooms, and nightclubs, he finds spaces of beauty and leisure, spaces that have been historically exclusionary, but where the artist has found potential for play and otherness to intersect. In his paintings, he offers us a space for care in our alterity; he shows us a fertile ground for remembering and belonging. (Text by Re’al Christian)

Miko Veldkamp (b.1982, Suriname) currently lives and works in New York. He was a resident at the
Rijksakademie van Beeldende Kunsten in Amsterdam and a recipient of the Hodder Fellowship at
Princeton University, and in 2021 he graduated from the Hunter College MFA painting program. Solo show includes Off-White Columns, NY and Galerie Rianne Groen, Rotterdam. His work has been included in group exhibition at Workplace, London; New Wight Biennial, UCLA, LA; Museum van Bommel van Dam,
Venlo, NL and Lewis Center for the Arts, Princeton, NJ, amongst others. In 2016 Veldkamp was
nominated for the van Bommel van Dam Prize and in 2020 his work was selected to be featured in The
New American Paintings publication and in ArtMaze magazine.