Simon Lee Gallery presents a solo exhibition by New York-based conceptual artist Mika Tajima. For her debut solo exhibition in the UK, Tajima presents new paintings, textile works, and sculptures that focus on psychic and bodily energy under the regulation of technocapitalism. 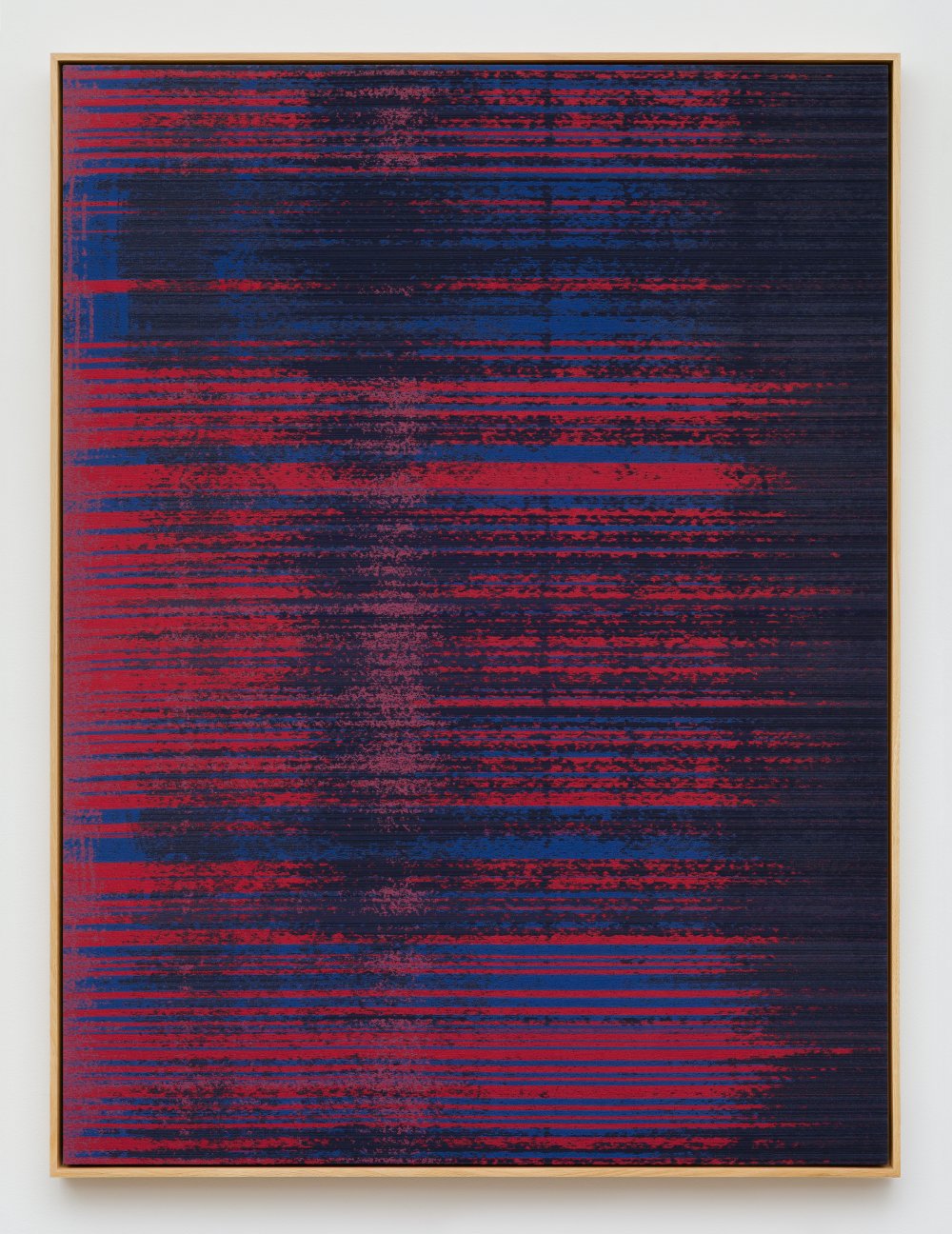 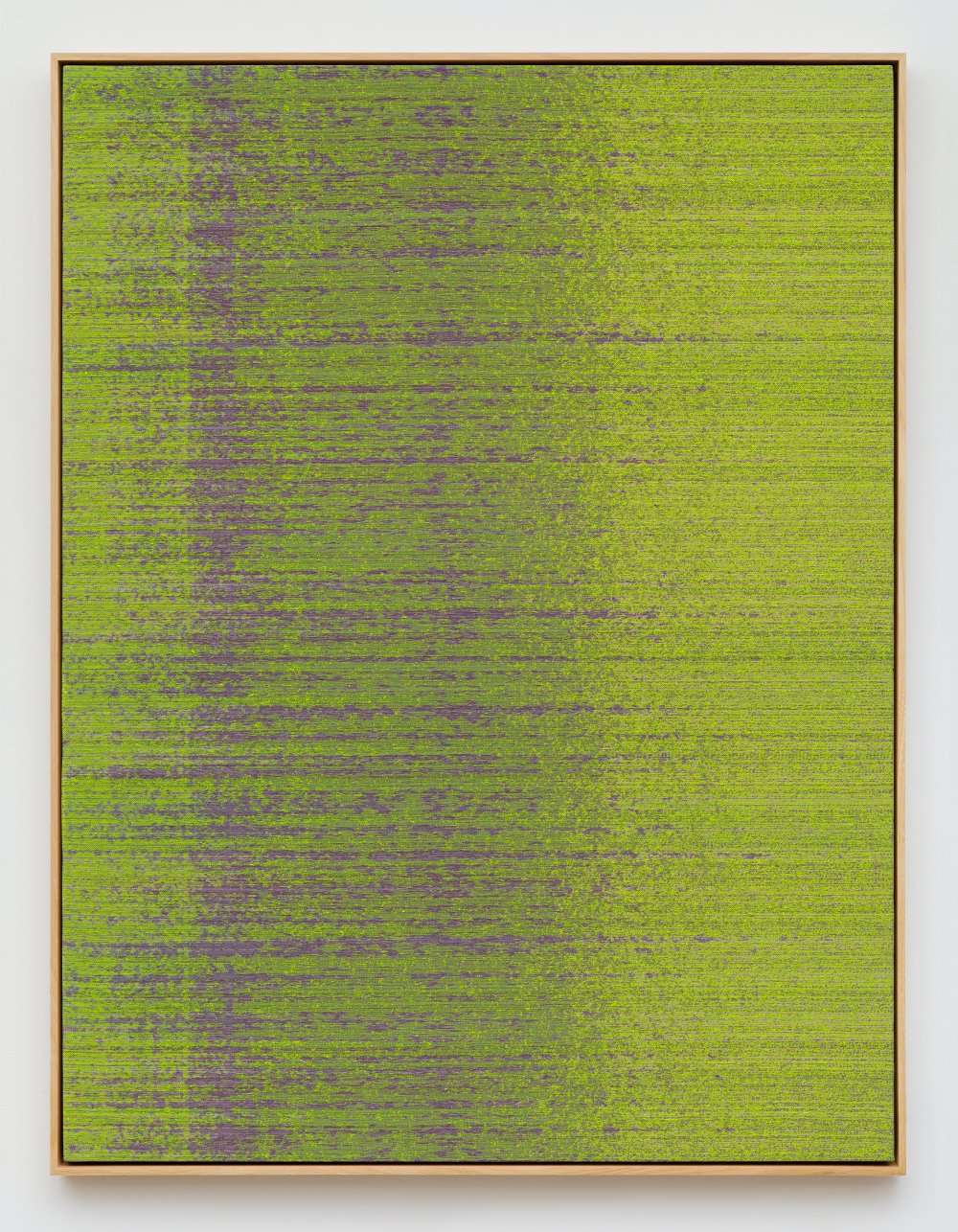 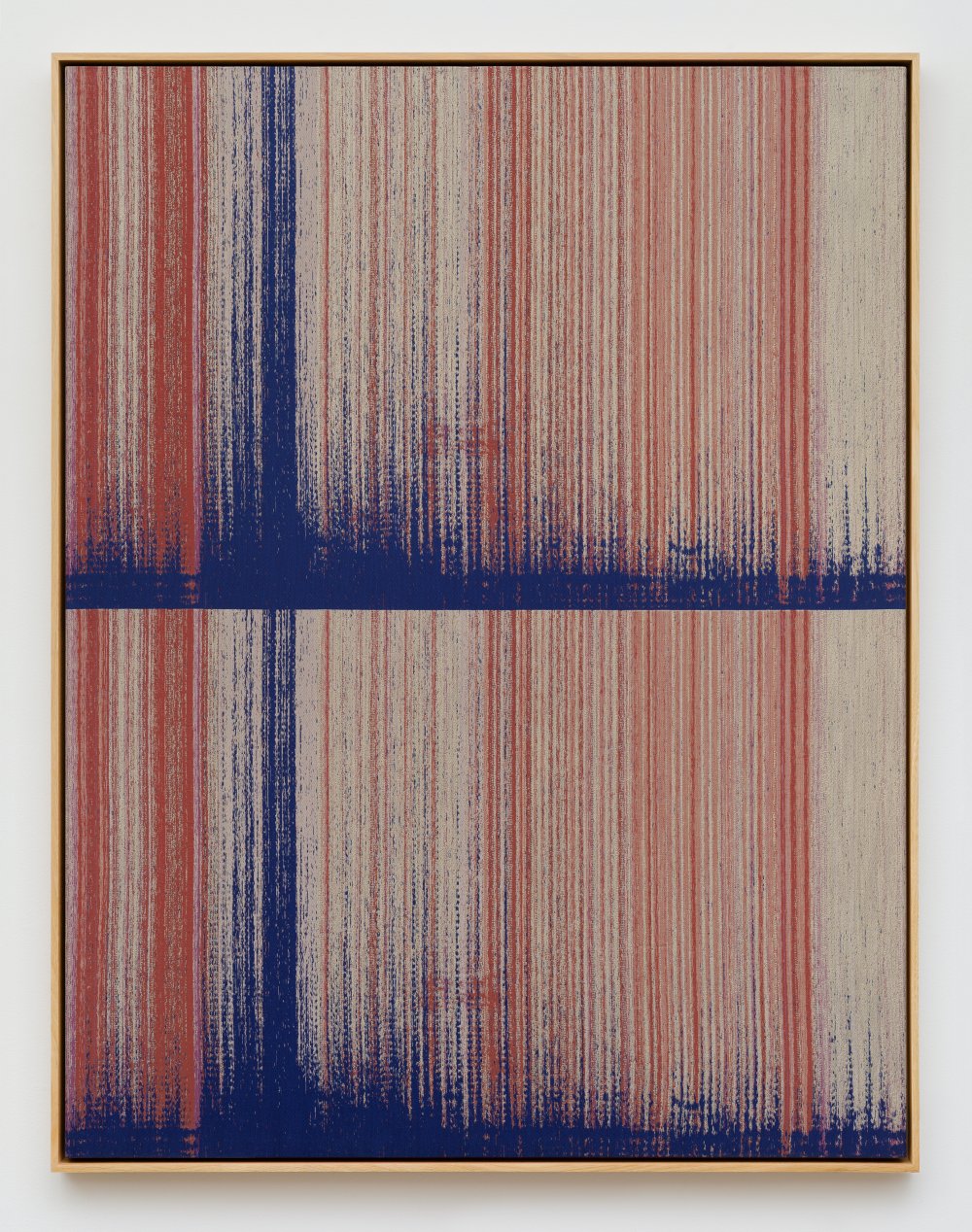 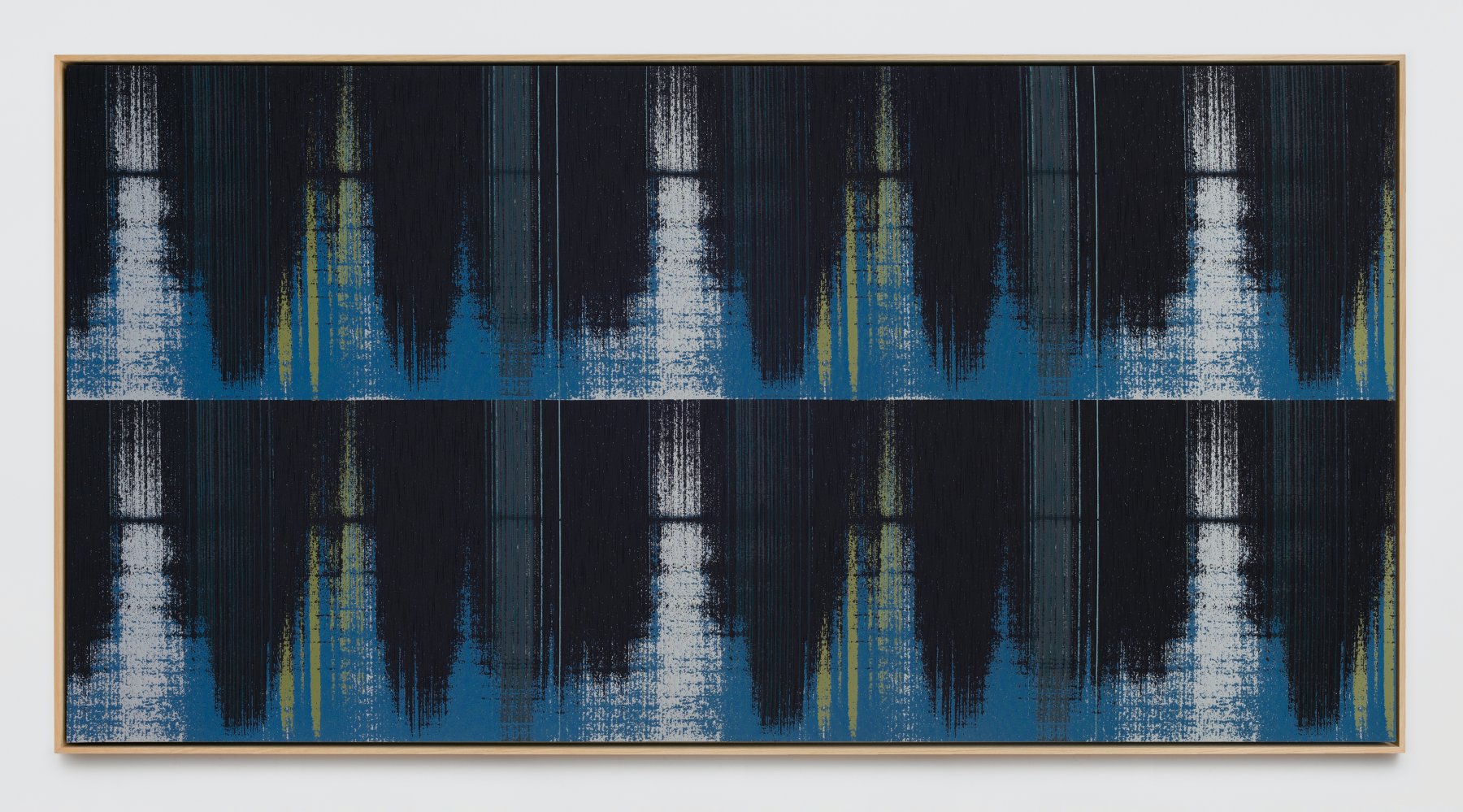 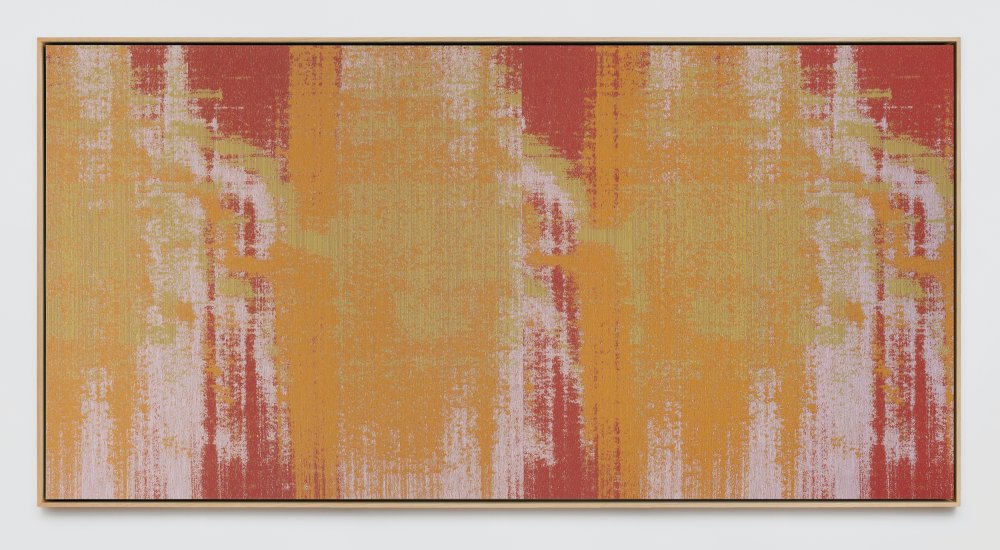 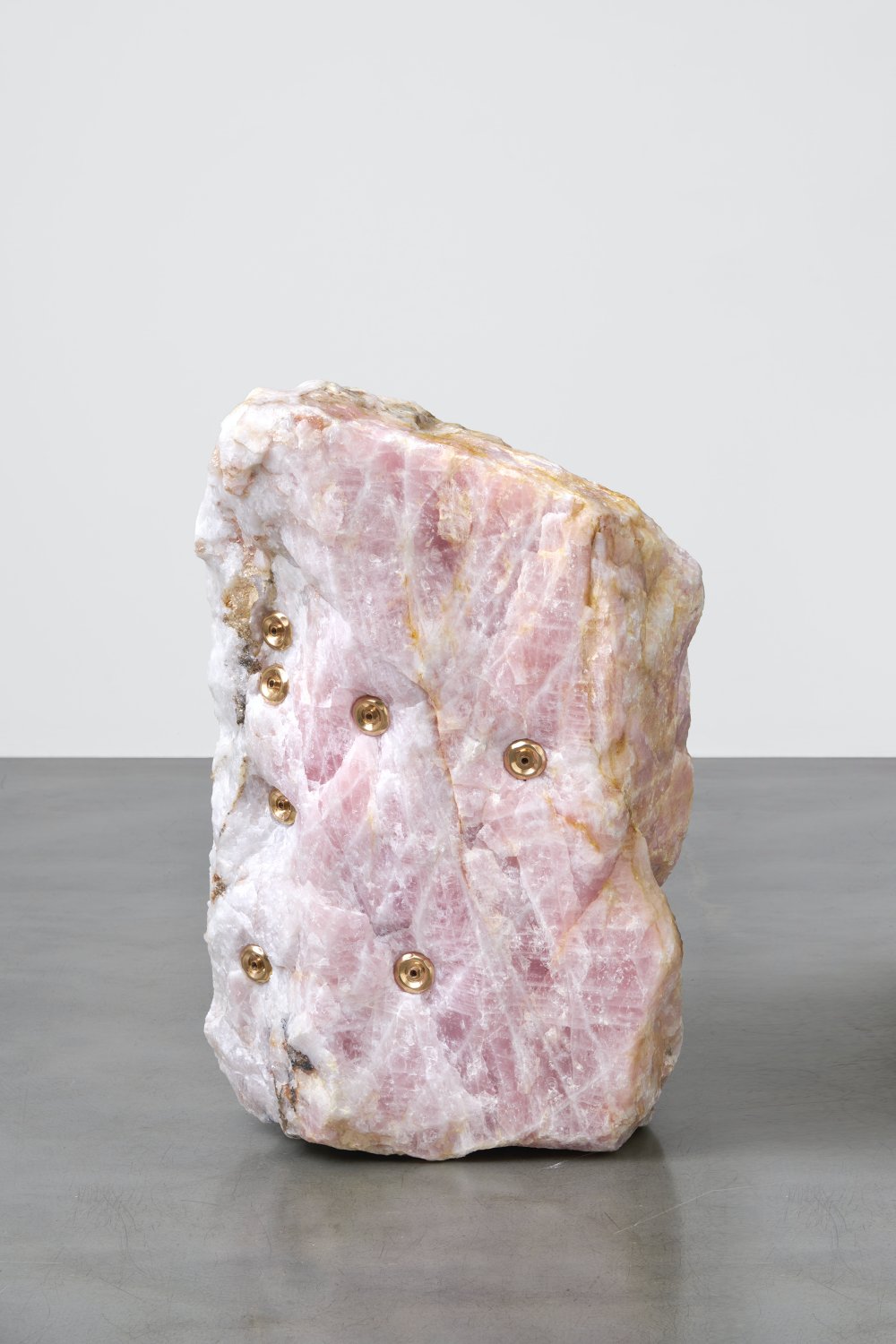 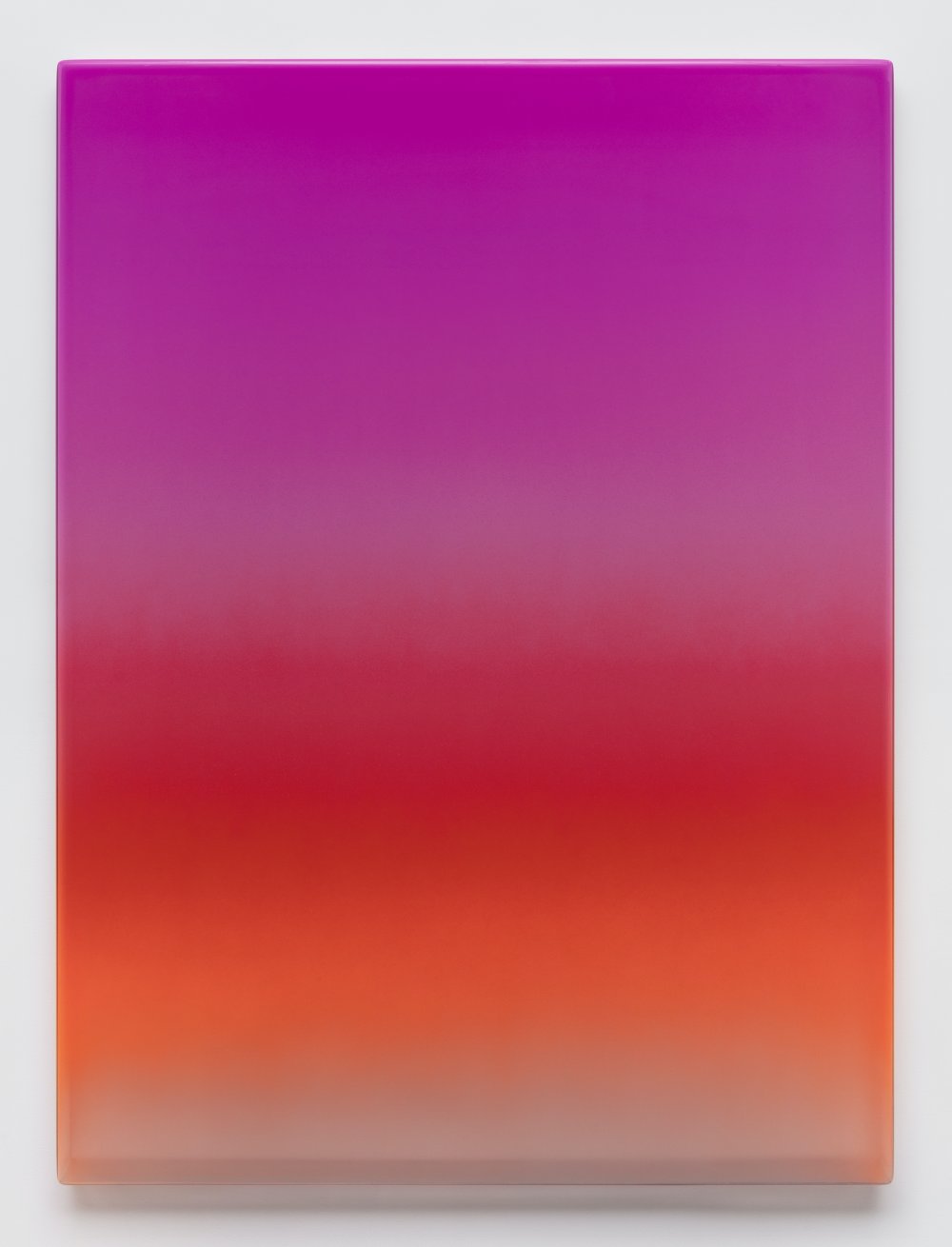 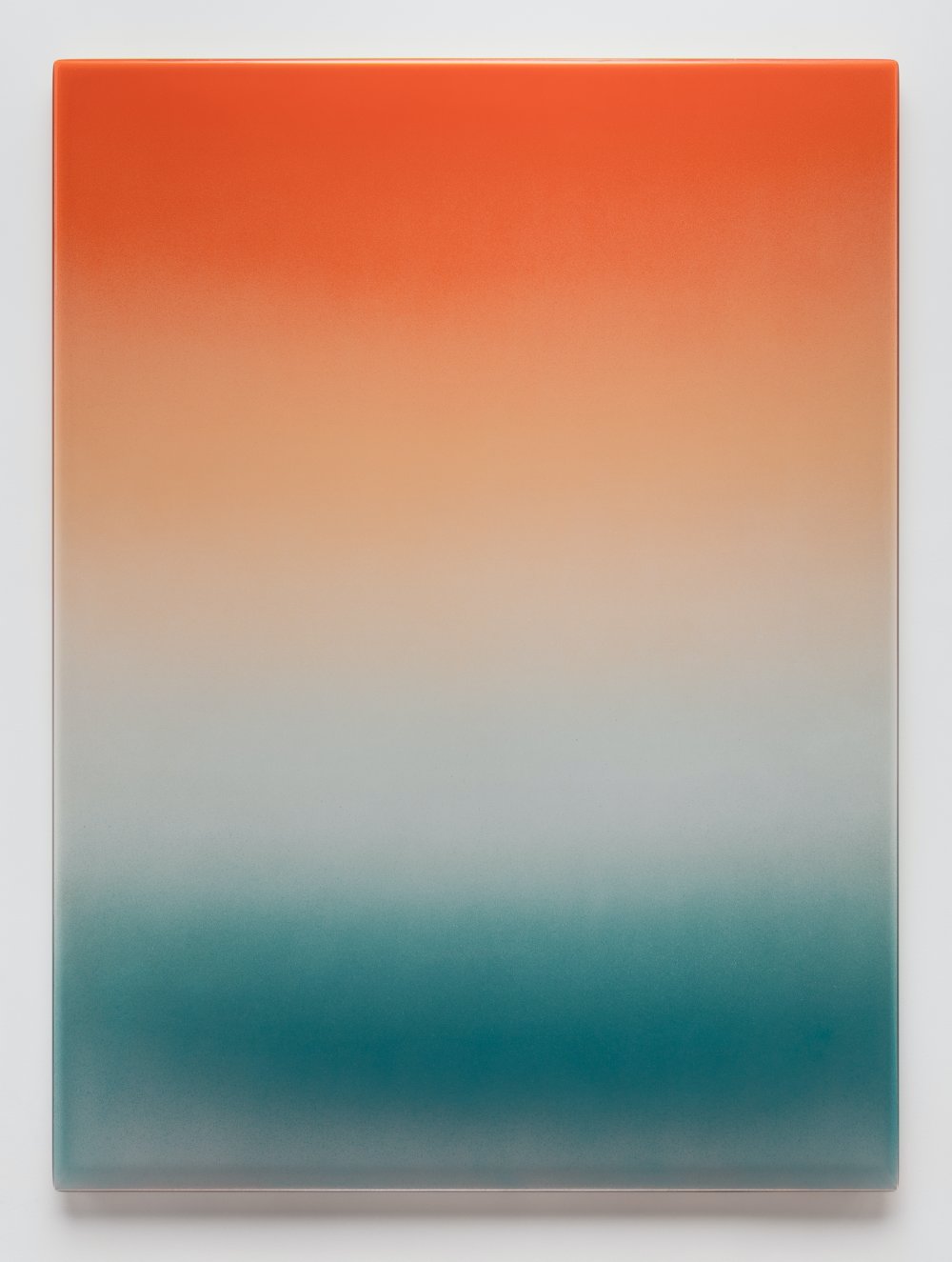 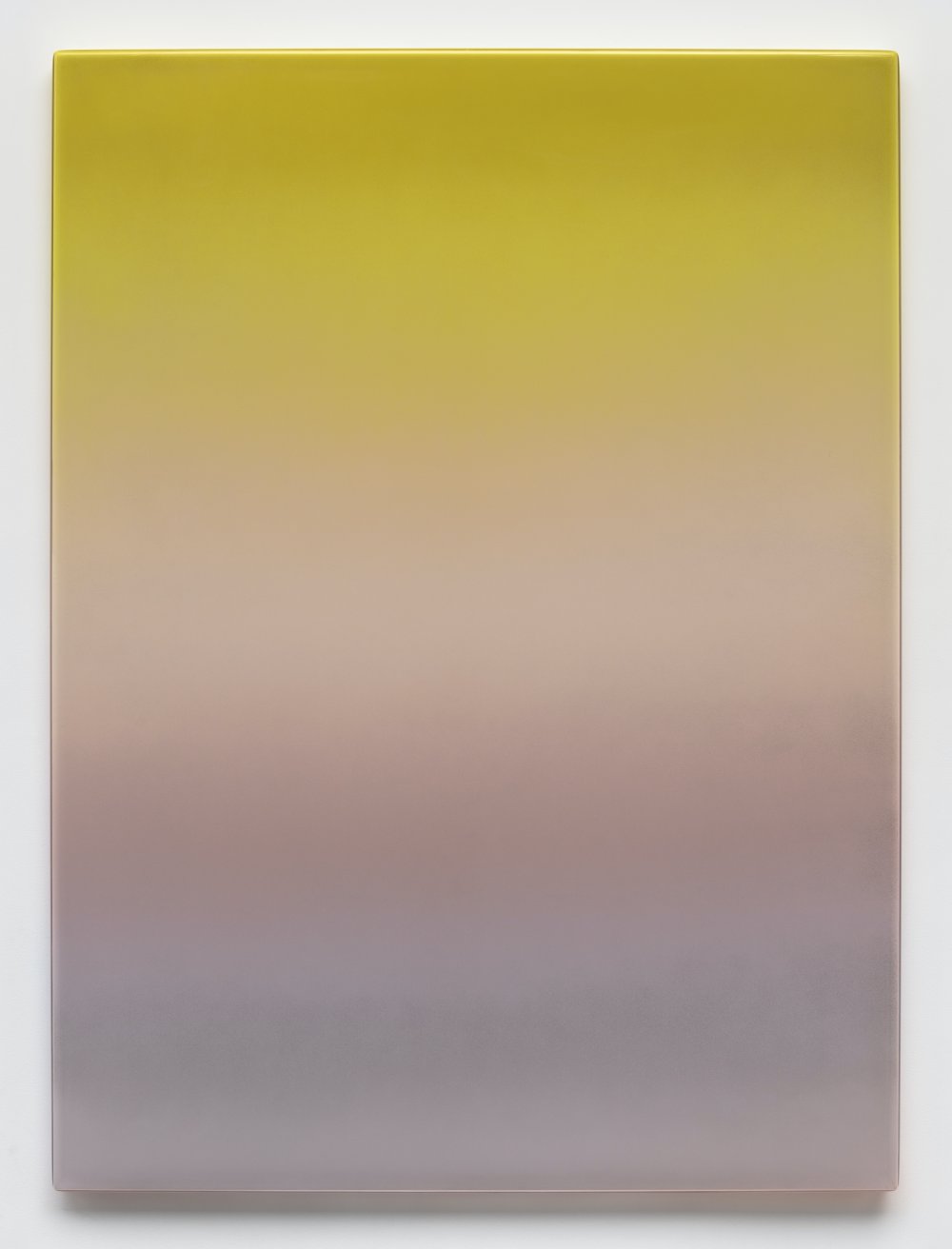 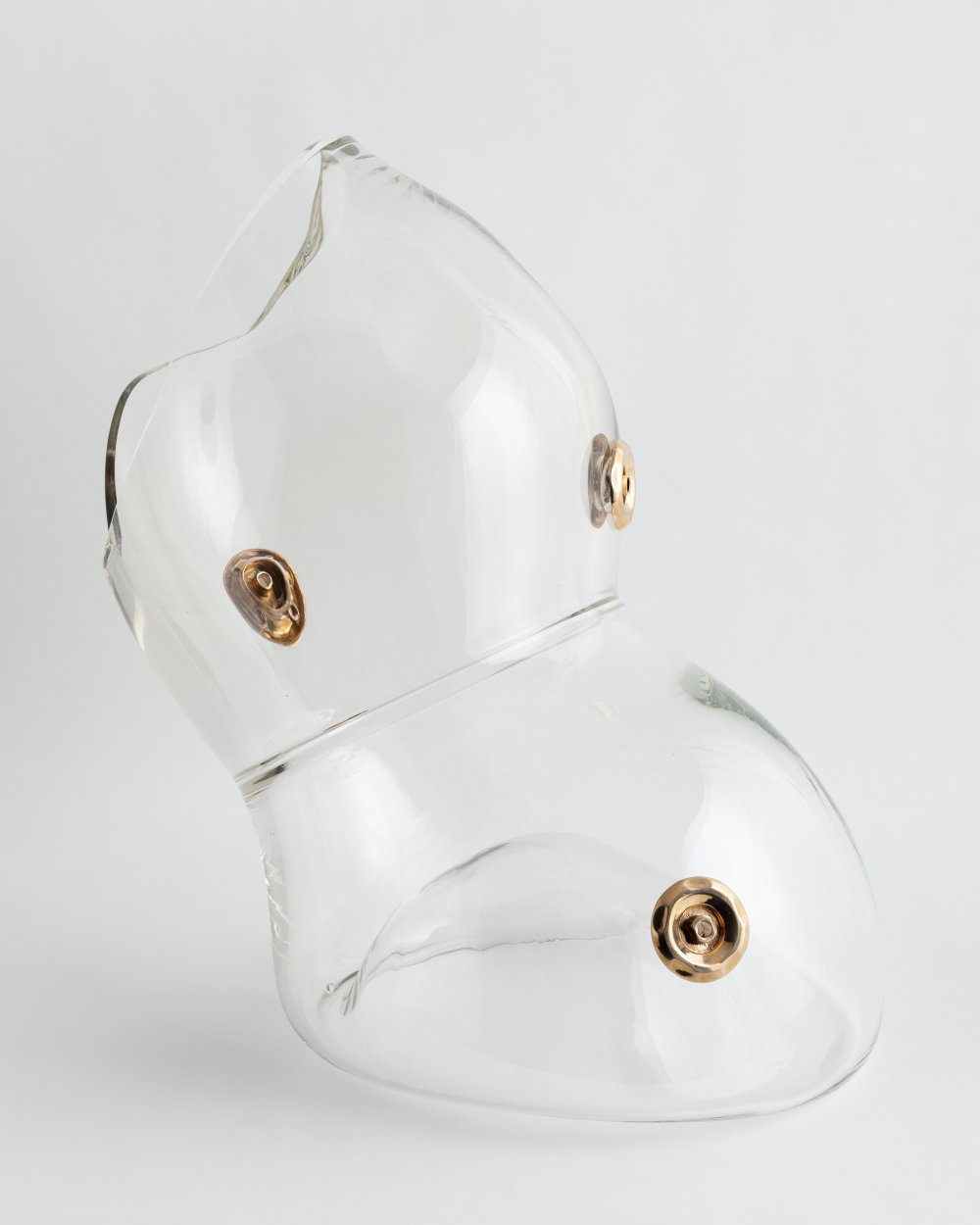 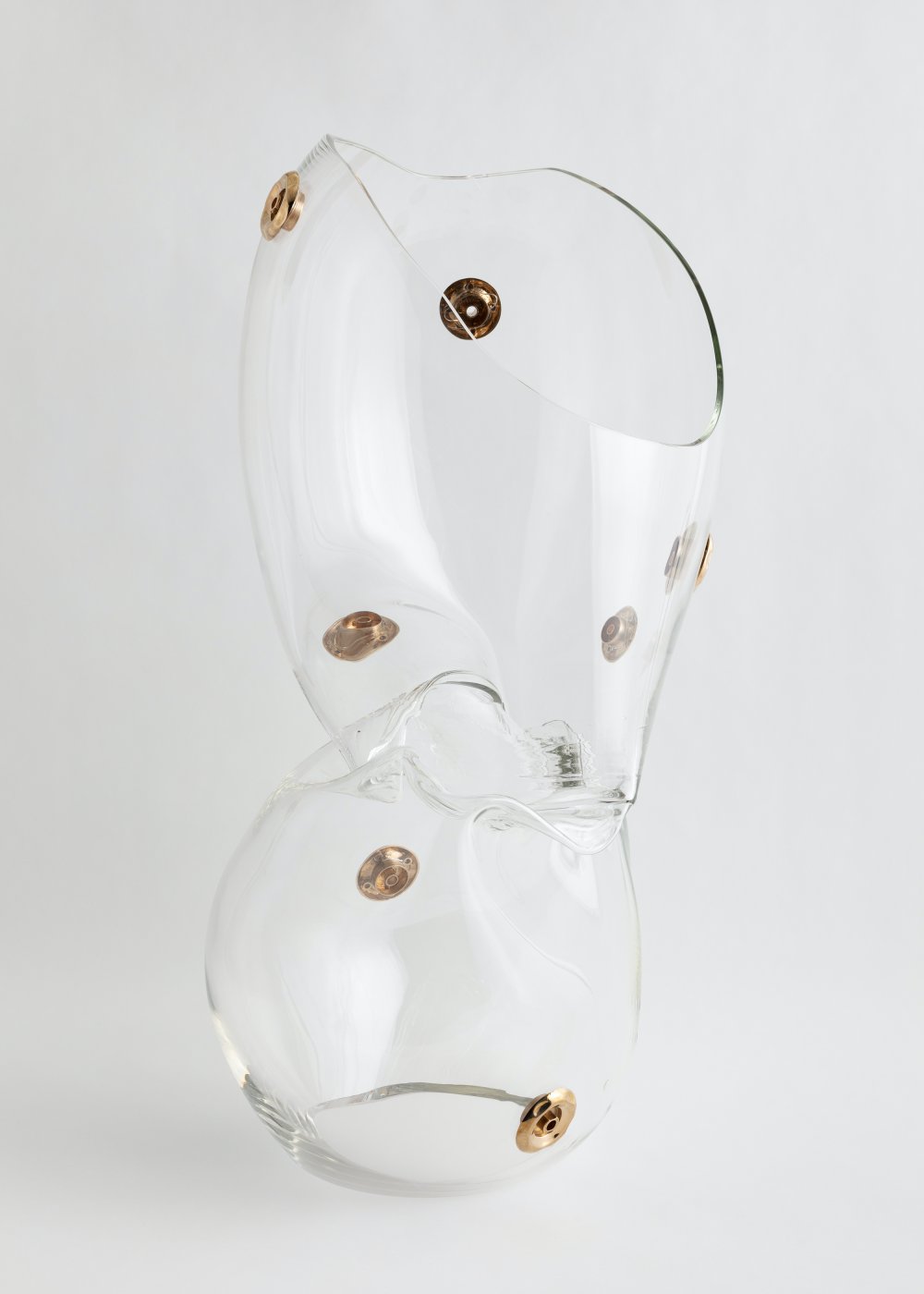 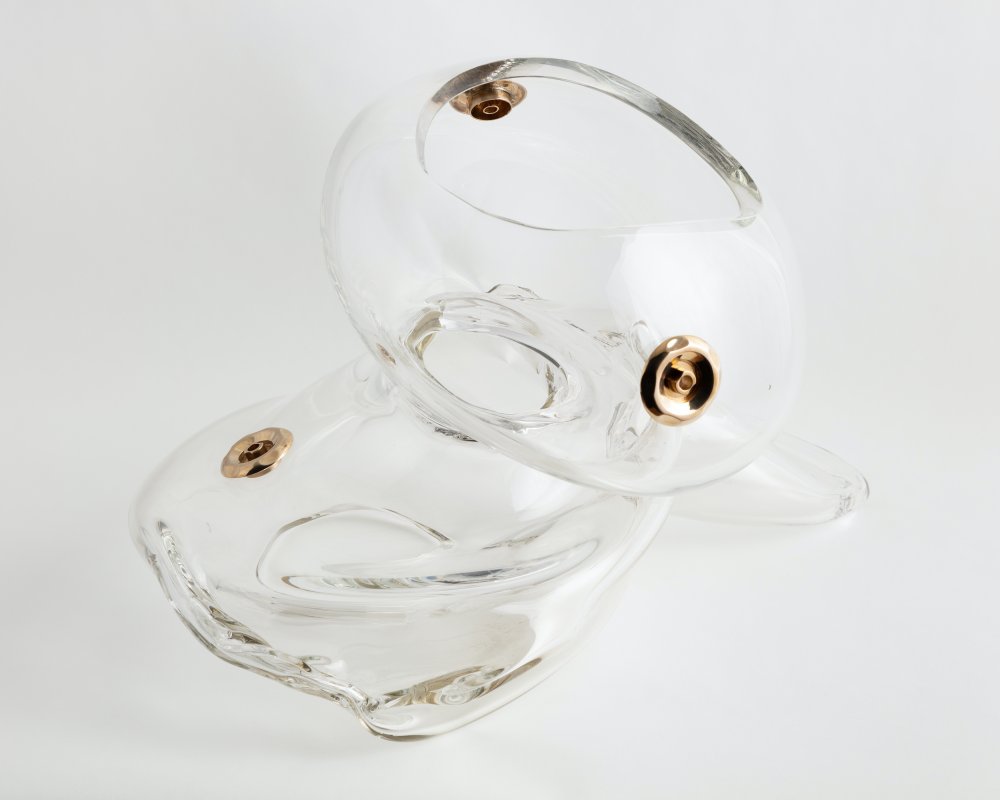 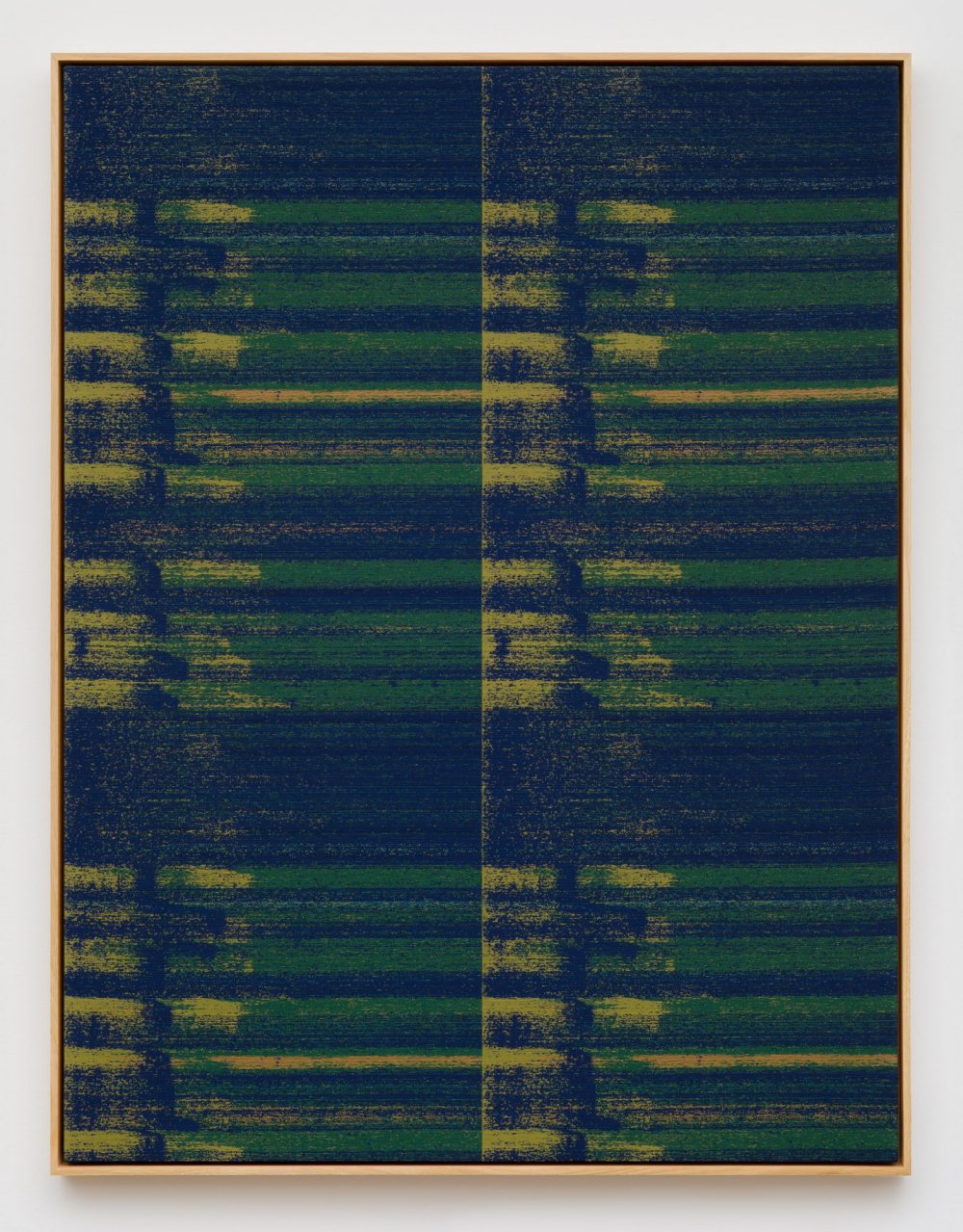 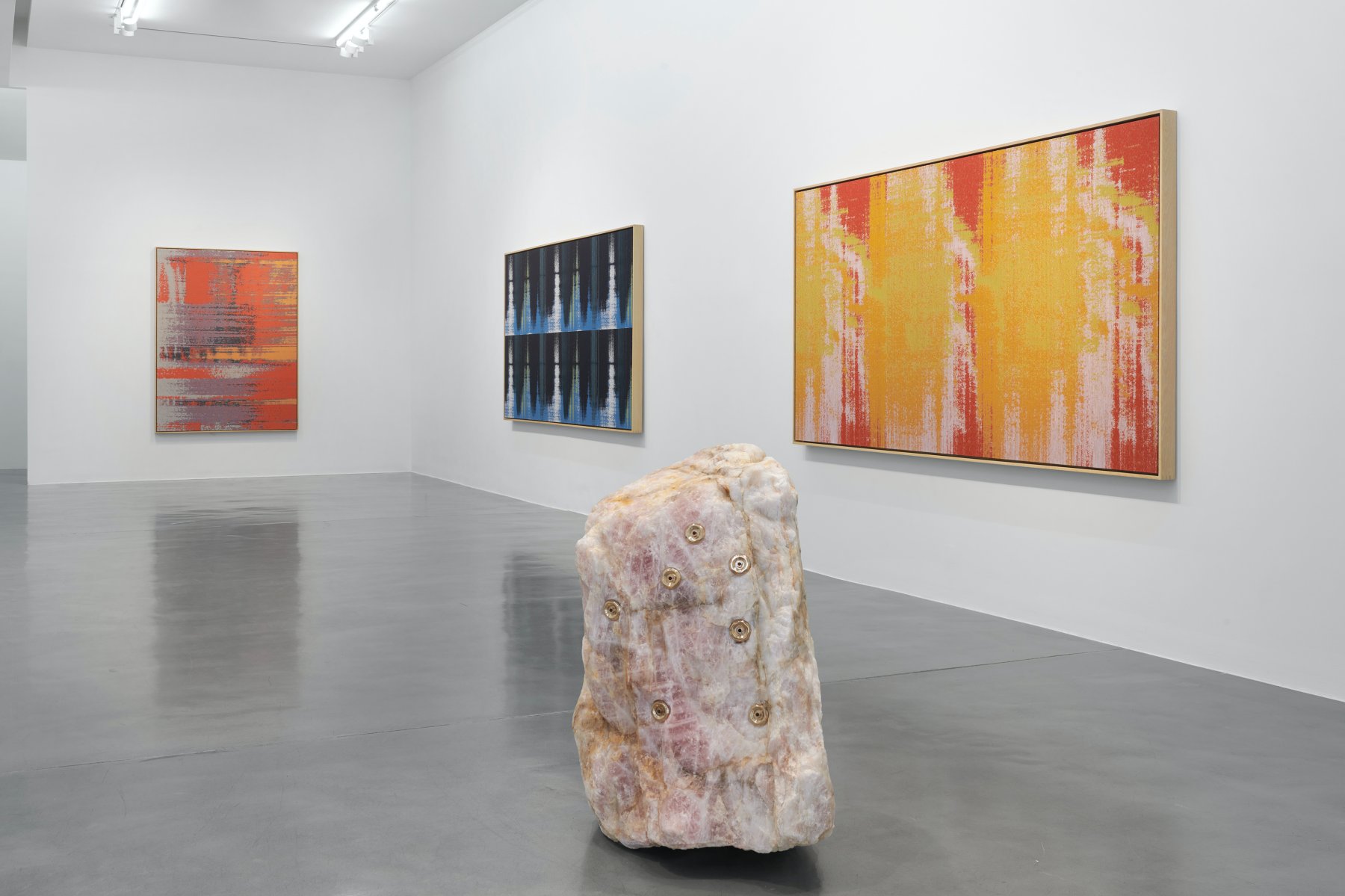 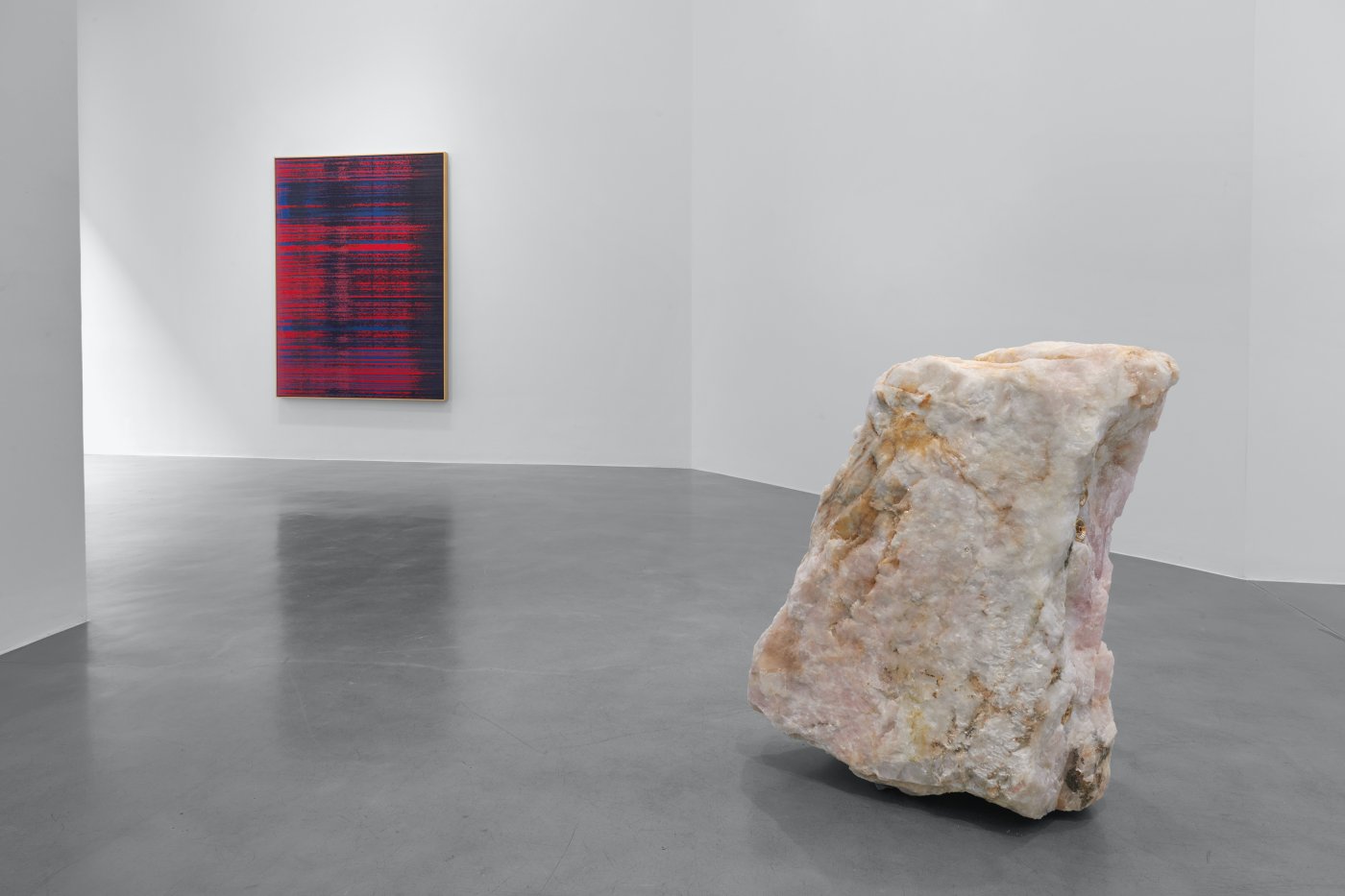 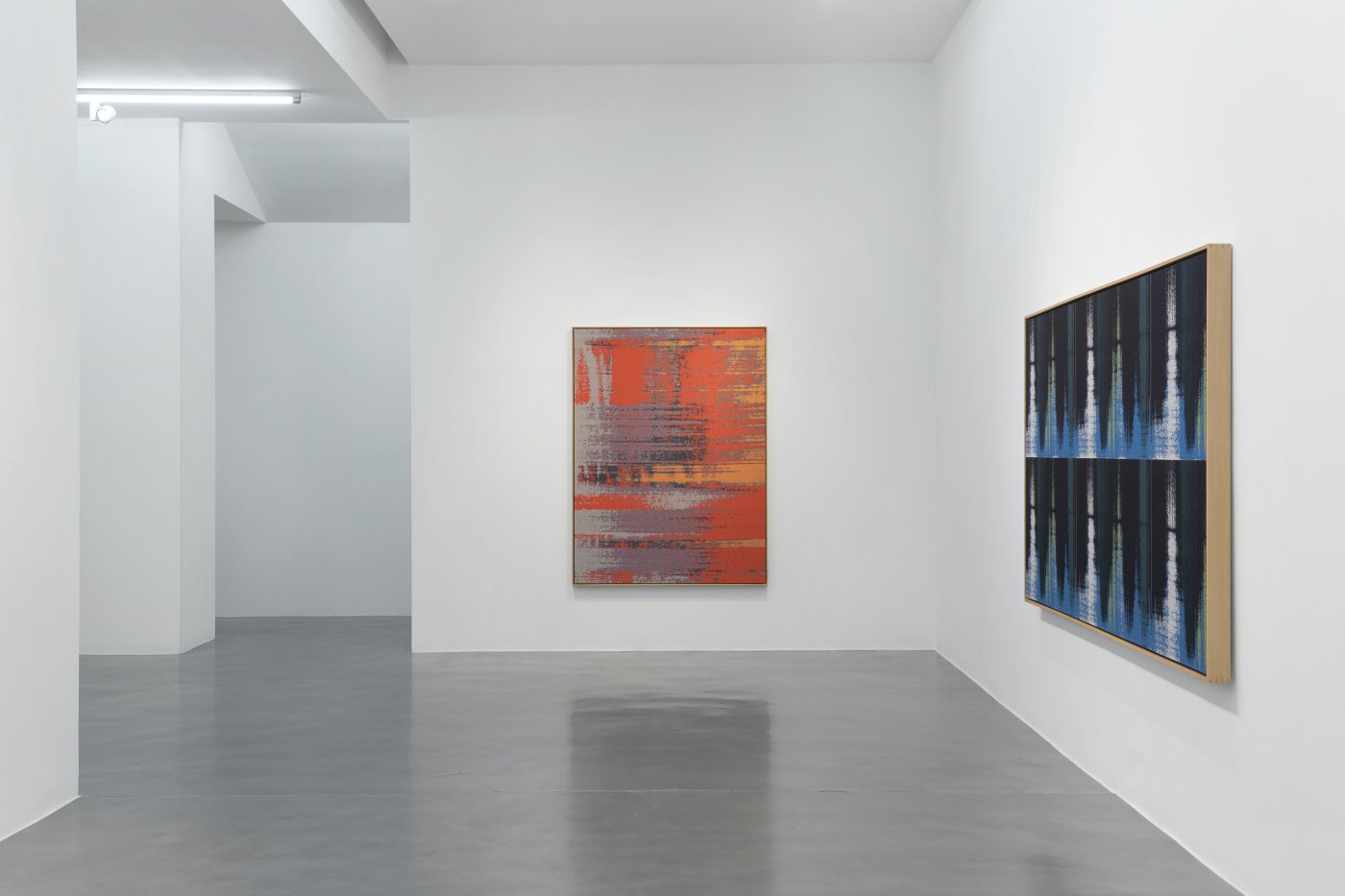 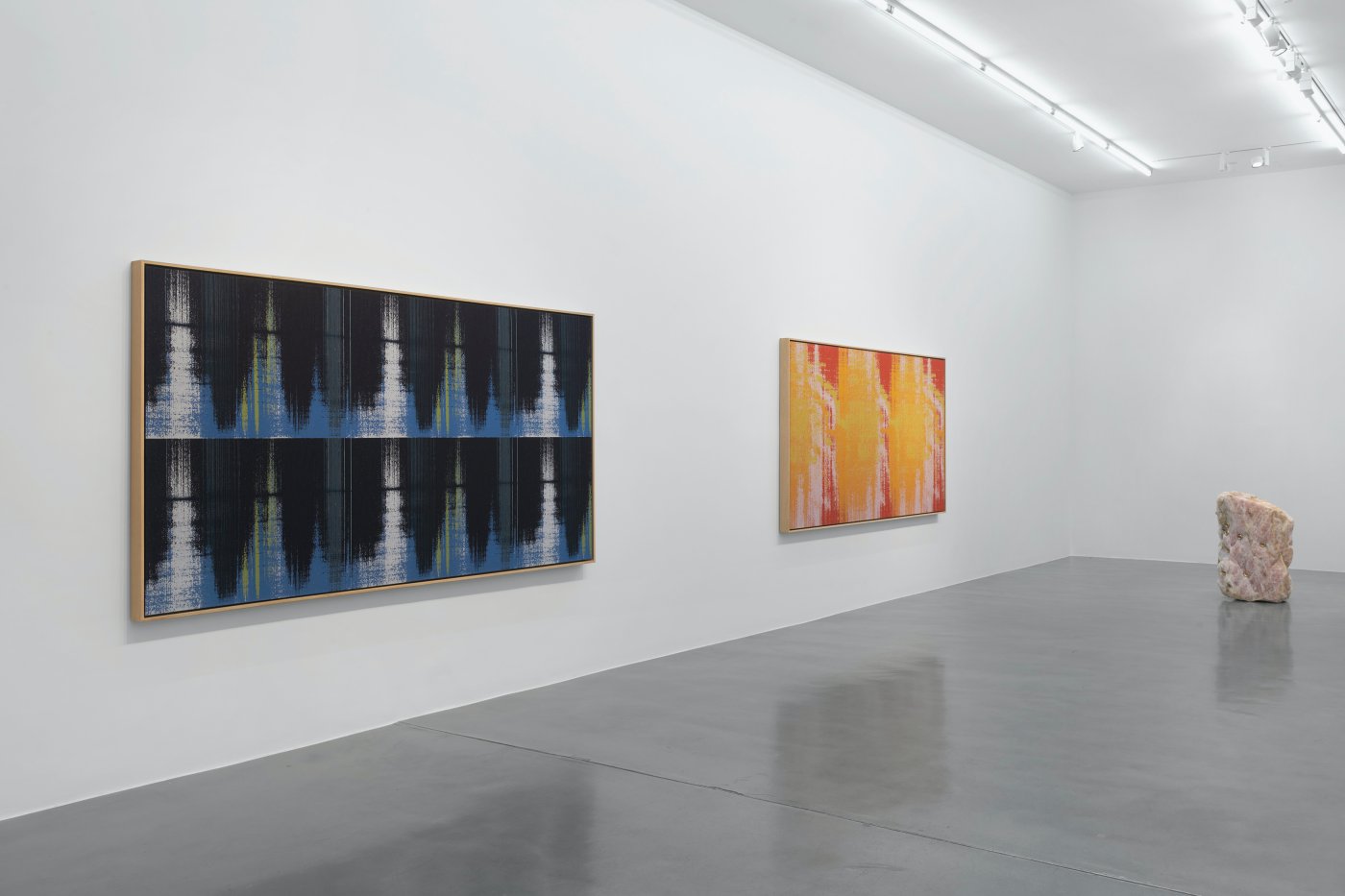 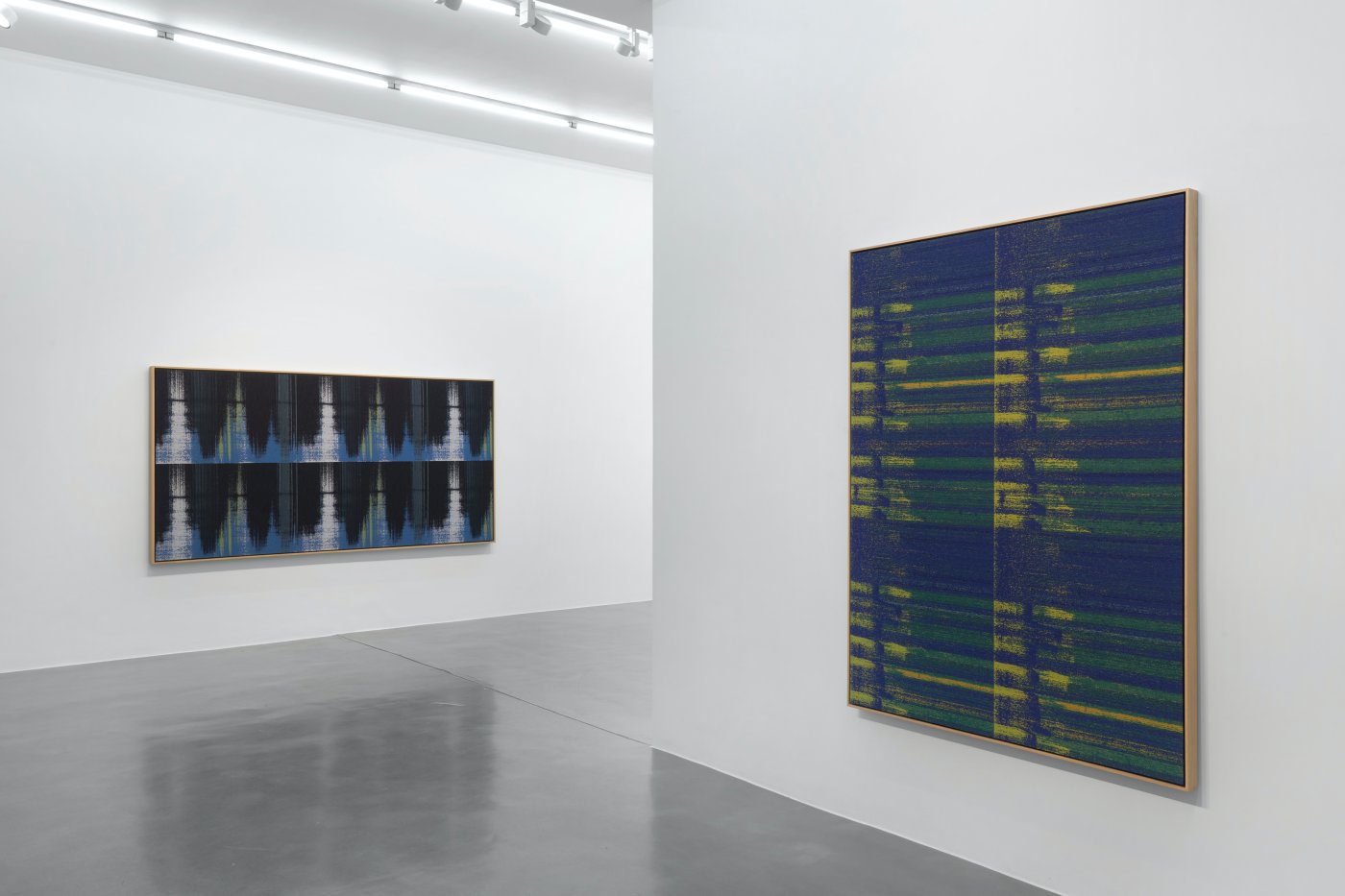 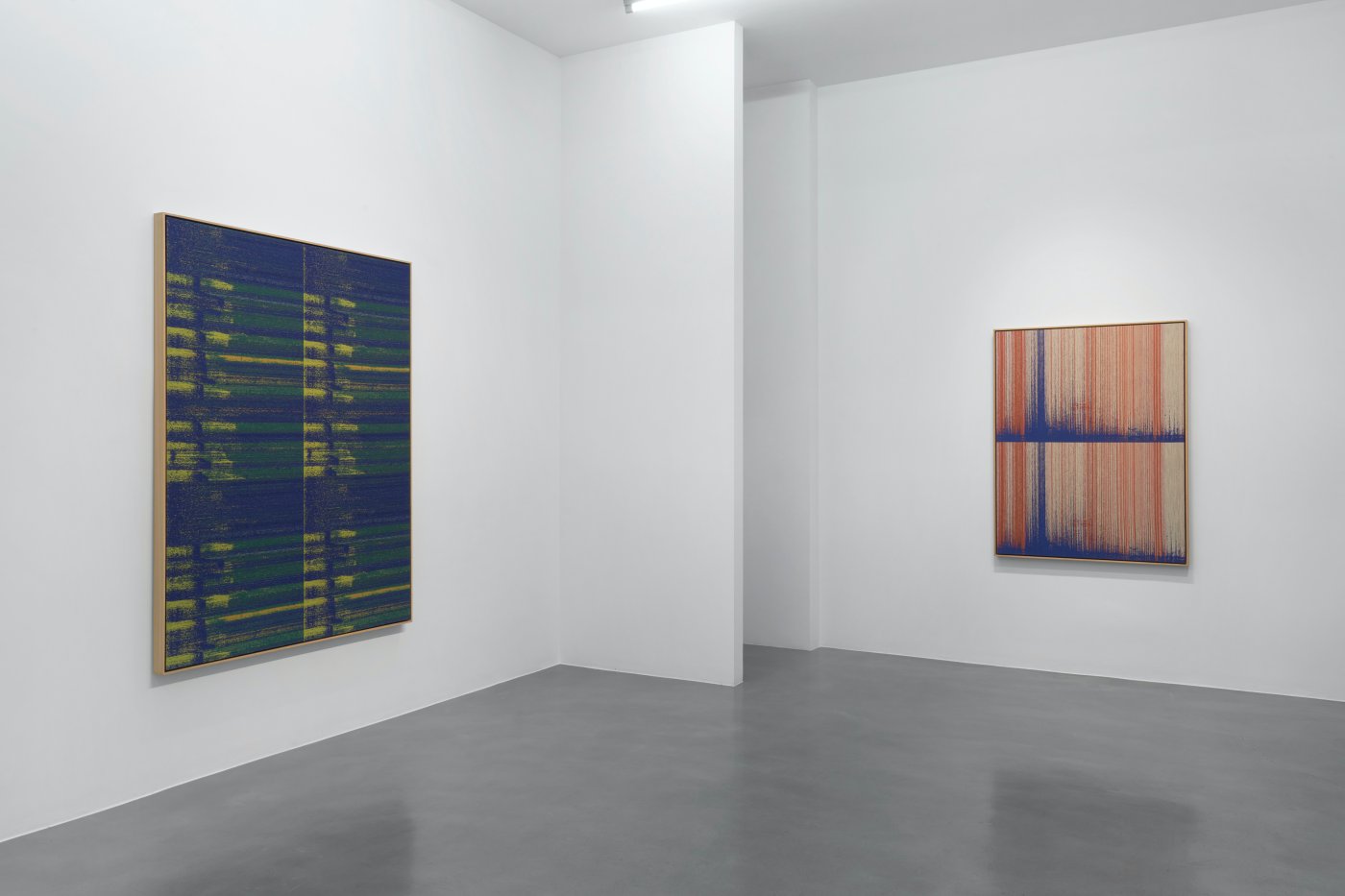 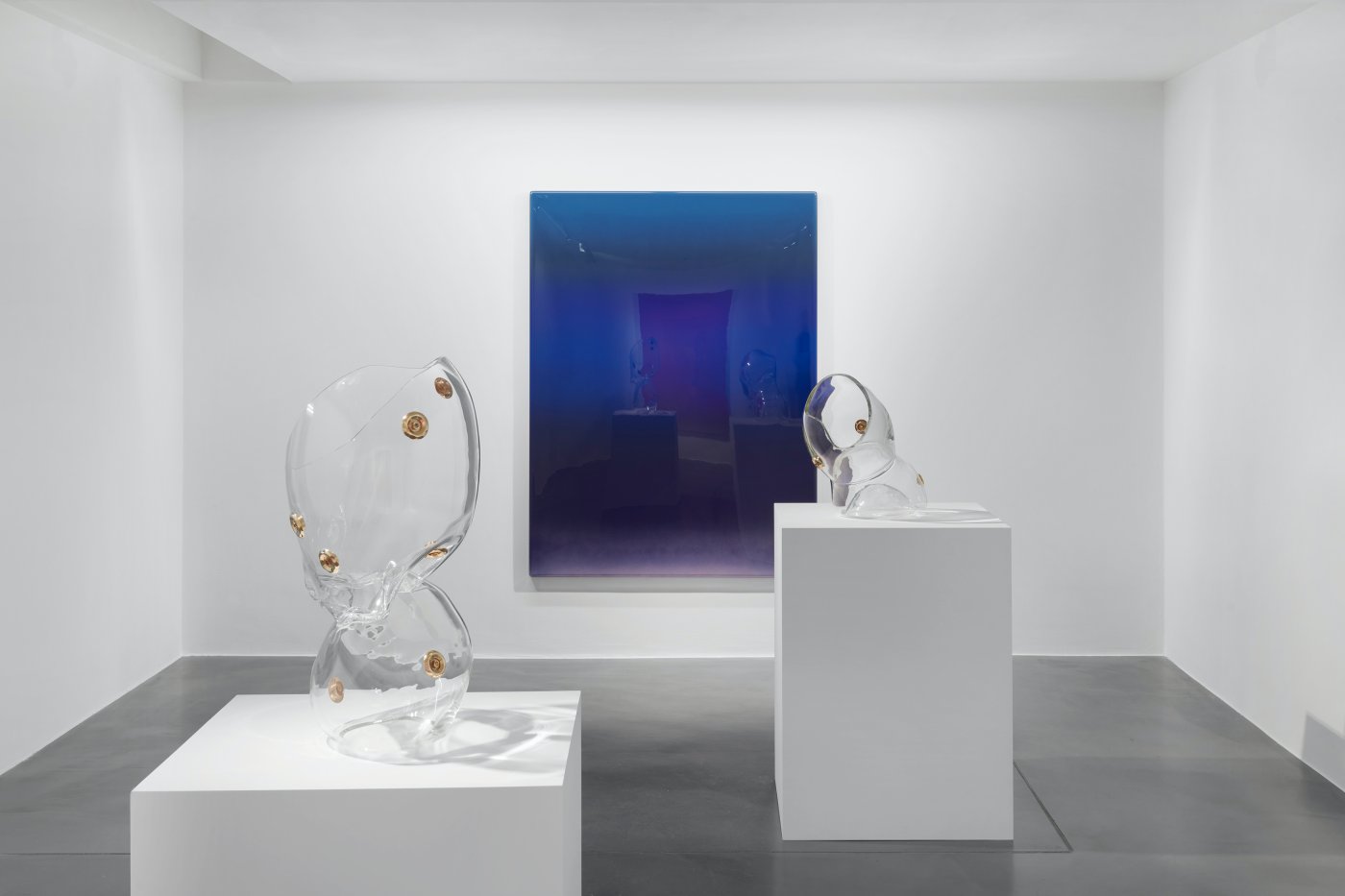 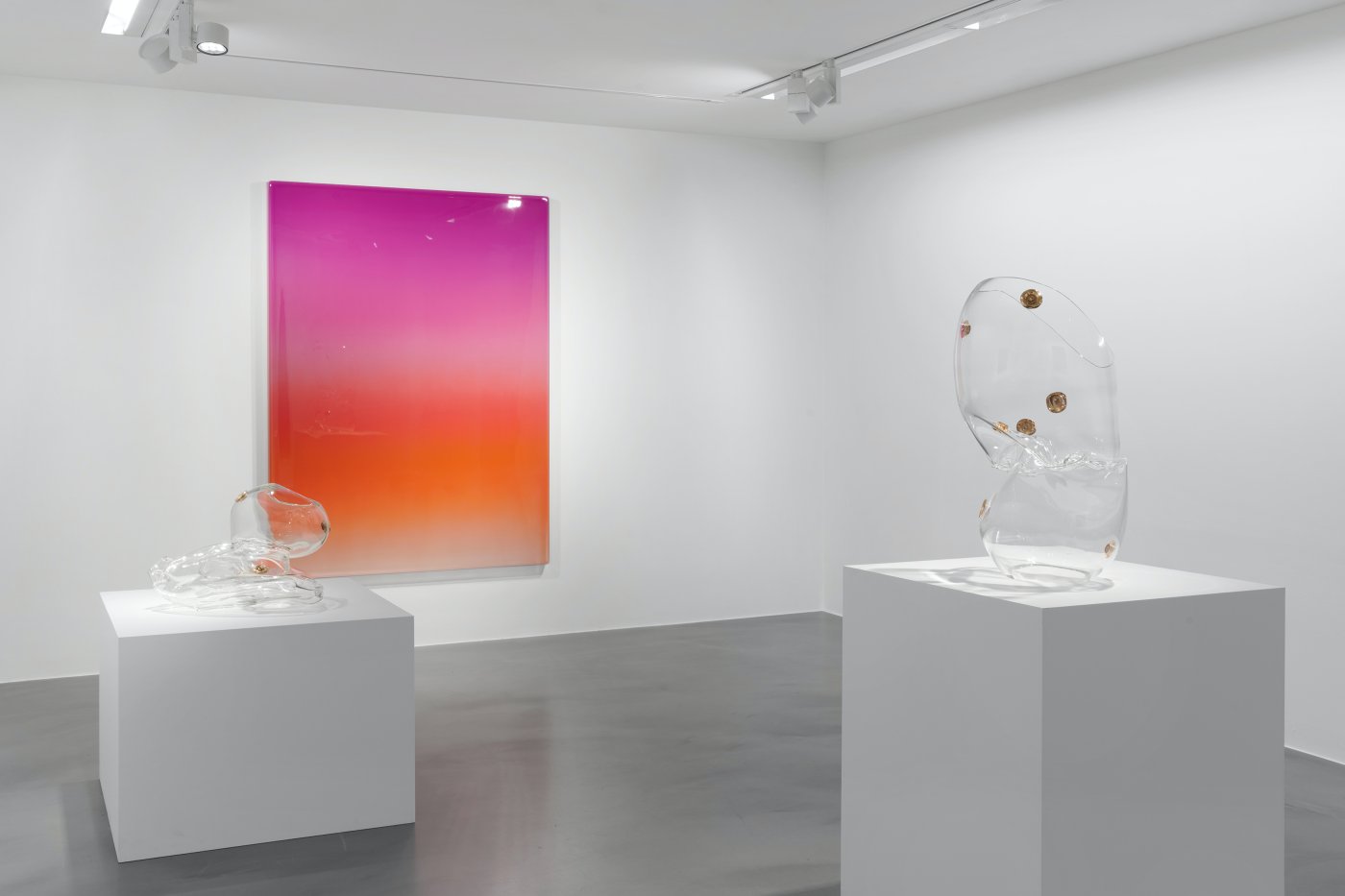 The exhibition connects the industrial production of energy and computational power to the maintenance of a fully realised productive self. Among other linkages, Regulation renders a relationship between a commercial fusion energy company and a group meditation startup. Indexing forms of technologies and ideologies that shape us as subjects, the work — perforated, formed, inverted, woven and enmeshed — materialises the unseen, contactless forces from within and beyond. The exhibition includes new works from the artist’s ongoing Art d’Ameublement, Negative Entropy, and Pranayama series, as well as a new group of glass sculptures titled Anima.

Regulation intimates what remains hidden as well as the agency and concordant freedom of being uncontainable, unreachable, ineffable, and unknowable.

The Pranayama series is a group of sculptures carved from solid materials that have been punctured by bronze nozzles cast from actual Jacuzzi jets in a diagram of bodily pressure points, connoting a release of energy and the potential for output and flow. Pranayama refers to breathing exercises which control the flow of prana or life energy. While other works from the Pranayama series have involved intricate forms deeply carved into wood or marble, this latest monolithic work is crafted from Rose Quartz; this will be the first time Tajima uses this material. Rose Quartz was selected as a material for its physical properties and ability to transform bodily energy, generate electricity, and regulate time keeping. Like previous works in the Pranayama series, this new piece evokes the external imperative to reform the body in relation with the spiritual practice of ‘opening’ the body through internal regulation.

Negative Entropy is a series of abstract Jacquard woven portraits depicting image information derived from field recordings taken at various industrial and energy production sites. The audio sources of the Negative Entropy works in the exhibition include a high tech fusion energy facility, a data centre, a broadcasting company, a bio-medical textile lab, a group meditation startup, and a construction site where workers perform morning calisthenics. The works are transmediations of field recordings made in these locations: sound information to material object. The title of the series, Negative Entropy, is taken from a term used in quantum physics that describes the reversal of entropy, i.e. negating the amount of disorder in a system, or, in other words, preserving order in a system. The series speaks to the difficulty of calibrating the qualities of life itself, especially in measuring such abstract properties as language and emotion.

The Art d’Ameublement works are large vivid spectrums of aerated paint particles encased in transparent acrylic shells—mist captured before escape into the aether. Unlike traditional paintings in which pigments adhere to the recto of the support, these objects are painted from the interior in colour transitioning gradients. Each piece in this ambient painting series is subtitled by a geographic location, drawing on the psycho-geographic associations produced by the affective names of industrial colours and paints. Art d’Ameublement refers to Erik Satie’s Furniture Music (Musique d’ameublement)—a series of infinitely repetitive compositions meant to be background music, or aural décor, for different occasions.

Finally, Tajima presents a new series of blown glass vessel sculptures titled Anima. In Latin, ‘anima’ translates as breath, life, or vital force. Here, the breath is captured and made into solid and visible form. The works resemble alien life forms, deep sea creatures, or beings in the process of evolution. Similar to the Pranayama series, bronze jacuzzi jet nozzles puncture the surface of the clear glass to symbolise the release and escape of the breath that formed the vessels.

© Mika Tajima. Courtesy of the artist and Simon Lee Gallery