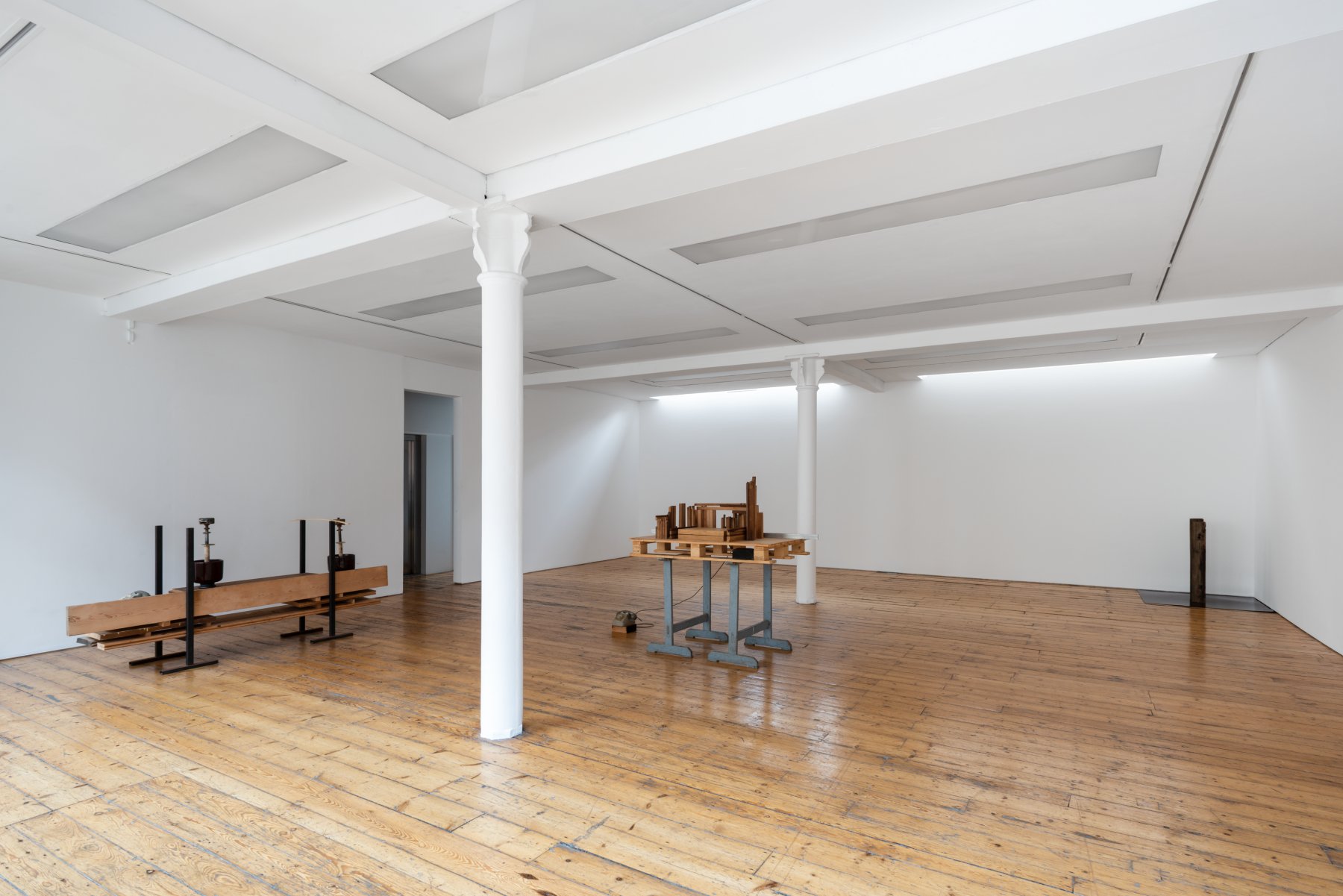 Converting Words features four recent sculptures that present key elements of Assaël’s practice. Her extensive research investigates natural and physical phenomena and forces, the interaction of ordinary materials and common objects with their surroundings and the human being and his sensorial perception.

In 意見 iken (opinion), opposing weights in balance with each other create a dynamic relation of forces referring to caution and moderation. In 学名 kumambaci (bee) the asymmetry is played by a support bolt and a small black marble wedge which fixes the anomalies, making them dynamic in relation to the viewer.

A pallet surmounted by a wood composition including aluminium and wax elements resembling the model of a city crossed by a river, forsees a Rome of the future, an unheartly vision of the city subject to hidden forces and inevitably affected by climatic change.

Each sculpture is as radical as is poetic: on an old window leaning against the wall appears the writing ‘reality is not contemporary’, traced in the dust that over time accumulated on the glass. The words glow when the window is traversed by light. The concreteness of the statement materialises on a fragile, transparent surface through ephemeral elements such as light and dust.

Micol Assaël was born in 1979 in Rome, Italy. She currently lives and works in Greece and Rome.

The work of the Artist investigates the characteristic of the matter, physical phenomena and forces and their interaction with the human being and his experience. Assaël’s background in philosophy has always been combined with her fascination with natural phenomena, technological theories and machineries (she uses electricity, sound, and organic materials like wood and water to evoke nature’s unexpected dangers and discomforts). Her work acts upon the cognitive and sensory response of the viewer, generating, unpredictable and uncomfortable situations which involve physical and psychological reactions.

Courtesy of the artist and Sprovieri, London