On September 30, Lévy Gorvy will open Mickalene Thomas’ Beyond the Pleasure Principle in London, the second chapter of a multipart exhibition that will unfold across four international cities during fall 2021 to present interconnected bodies of new work, ranging from painting and collage to installation and video. 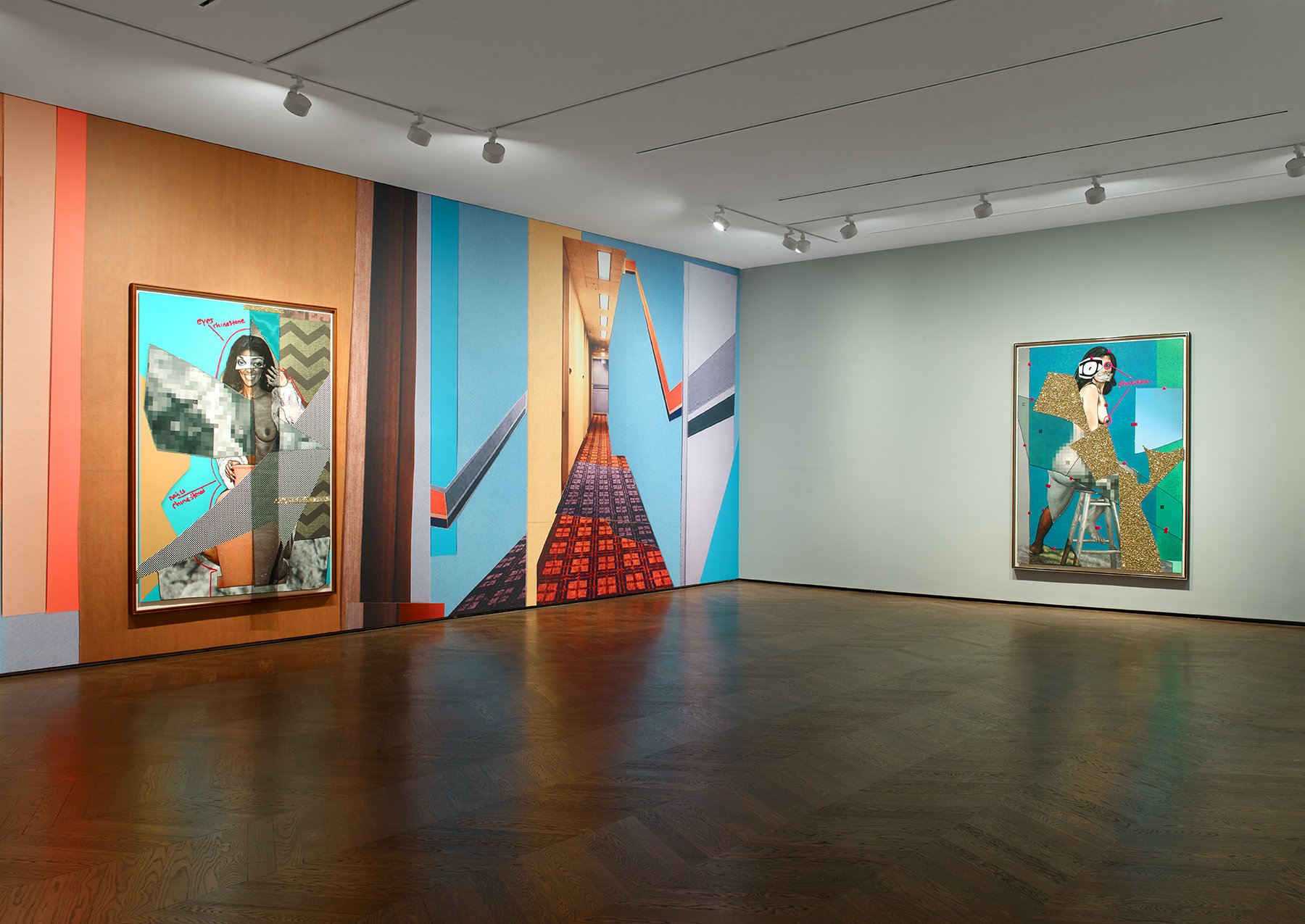 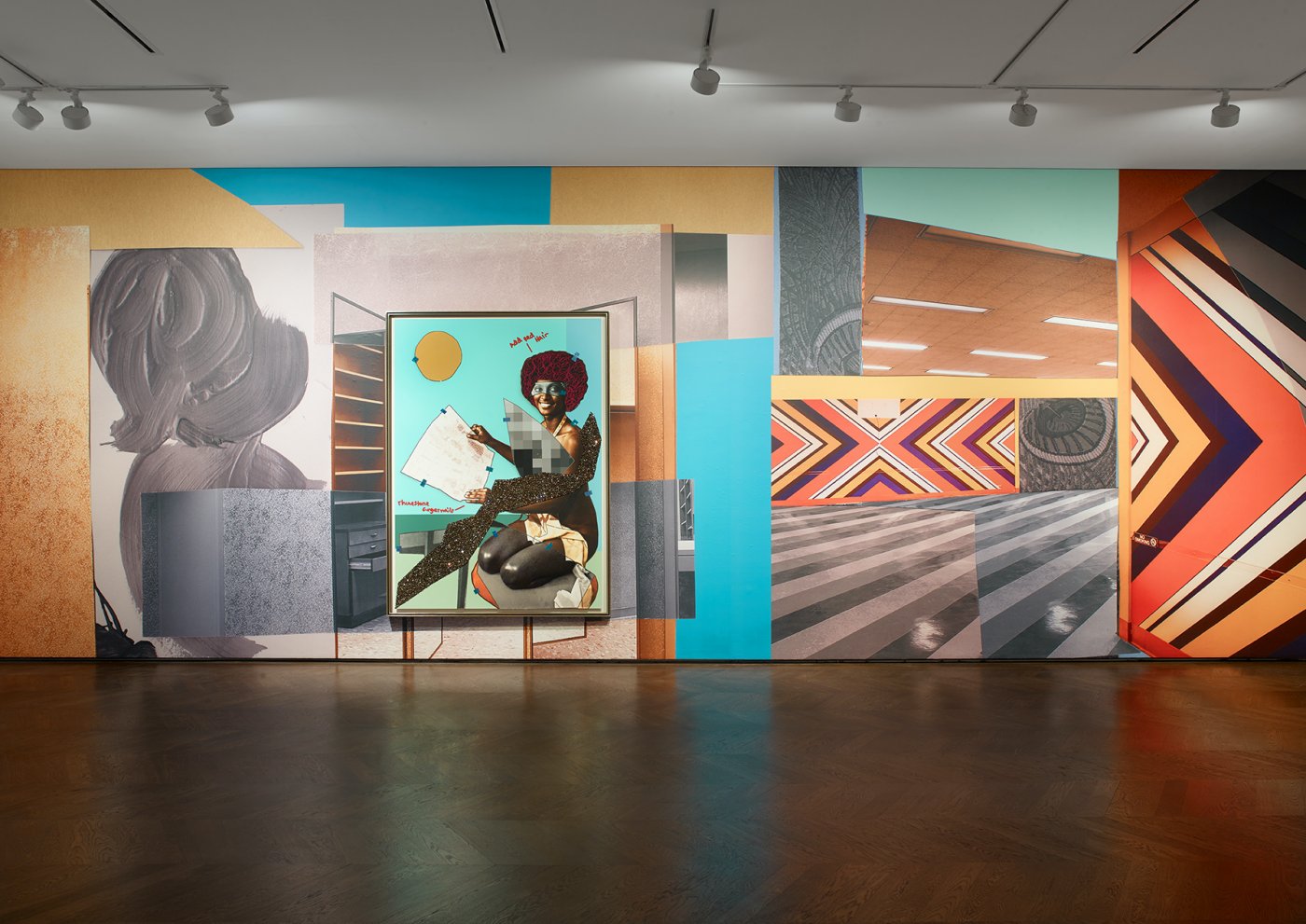 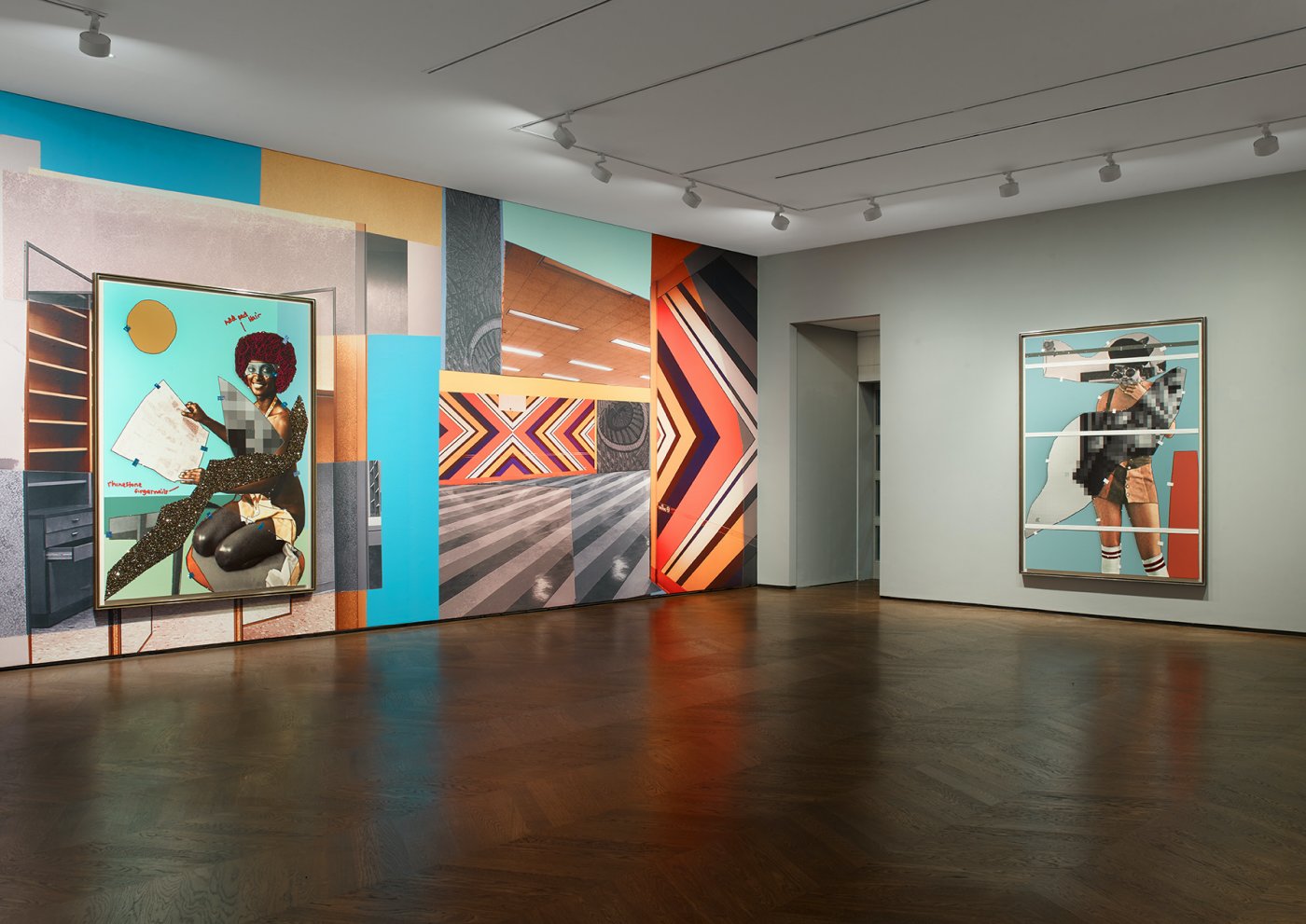 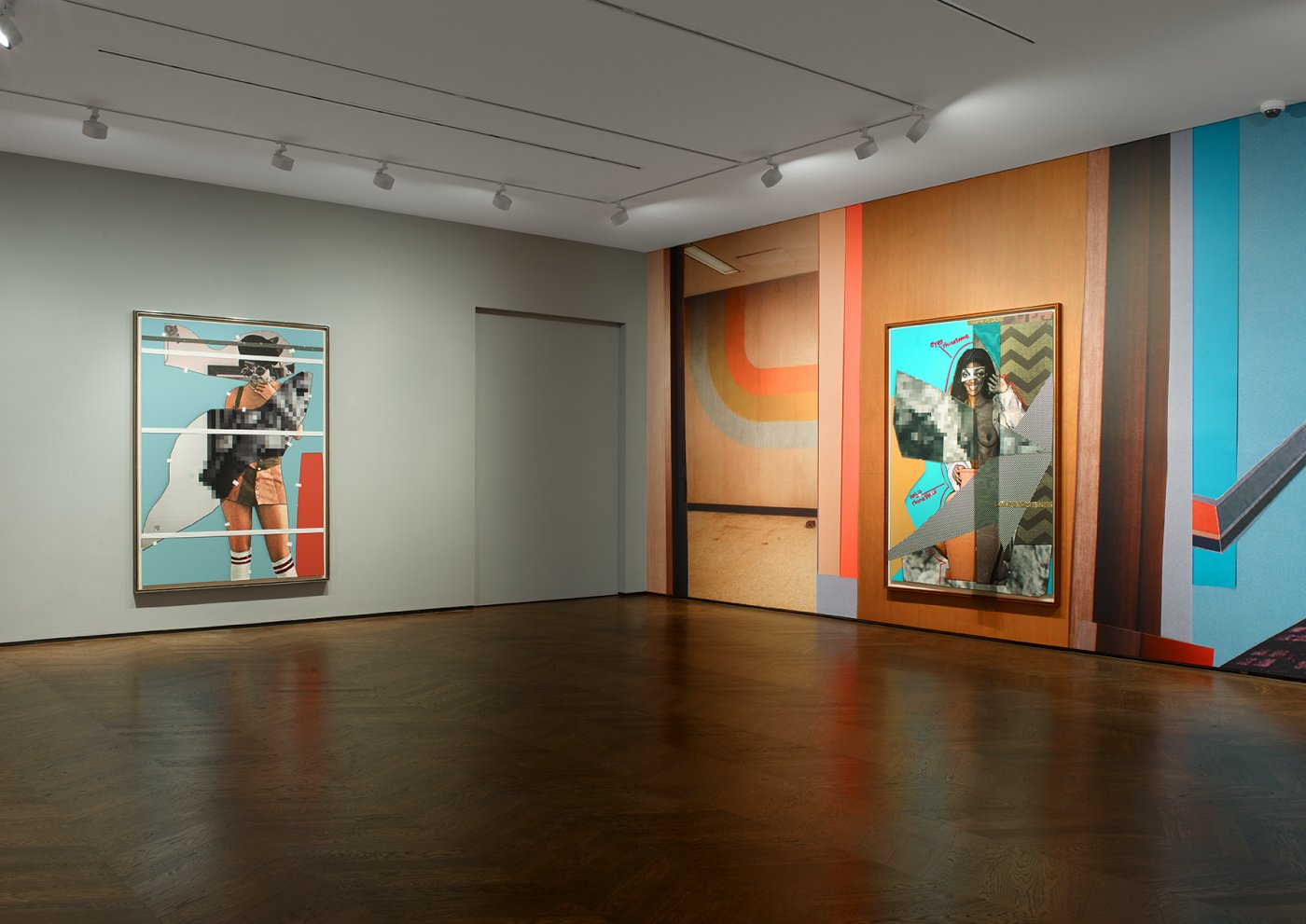 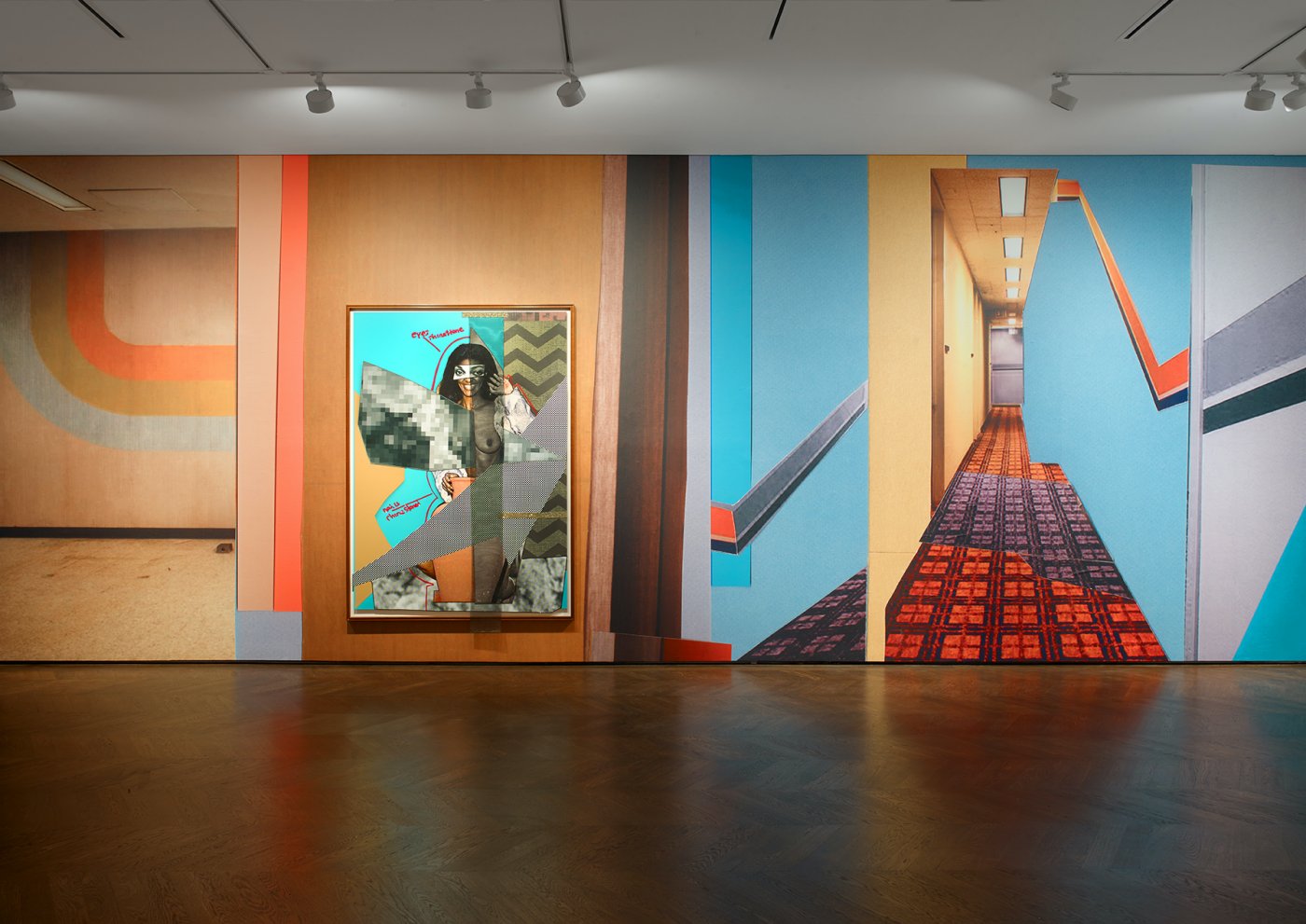 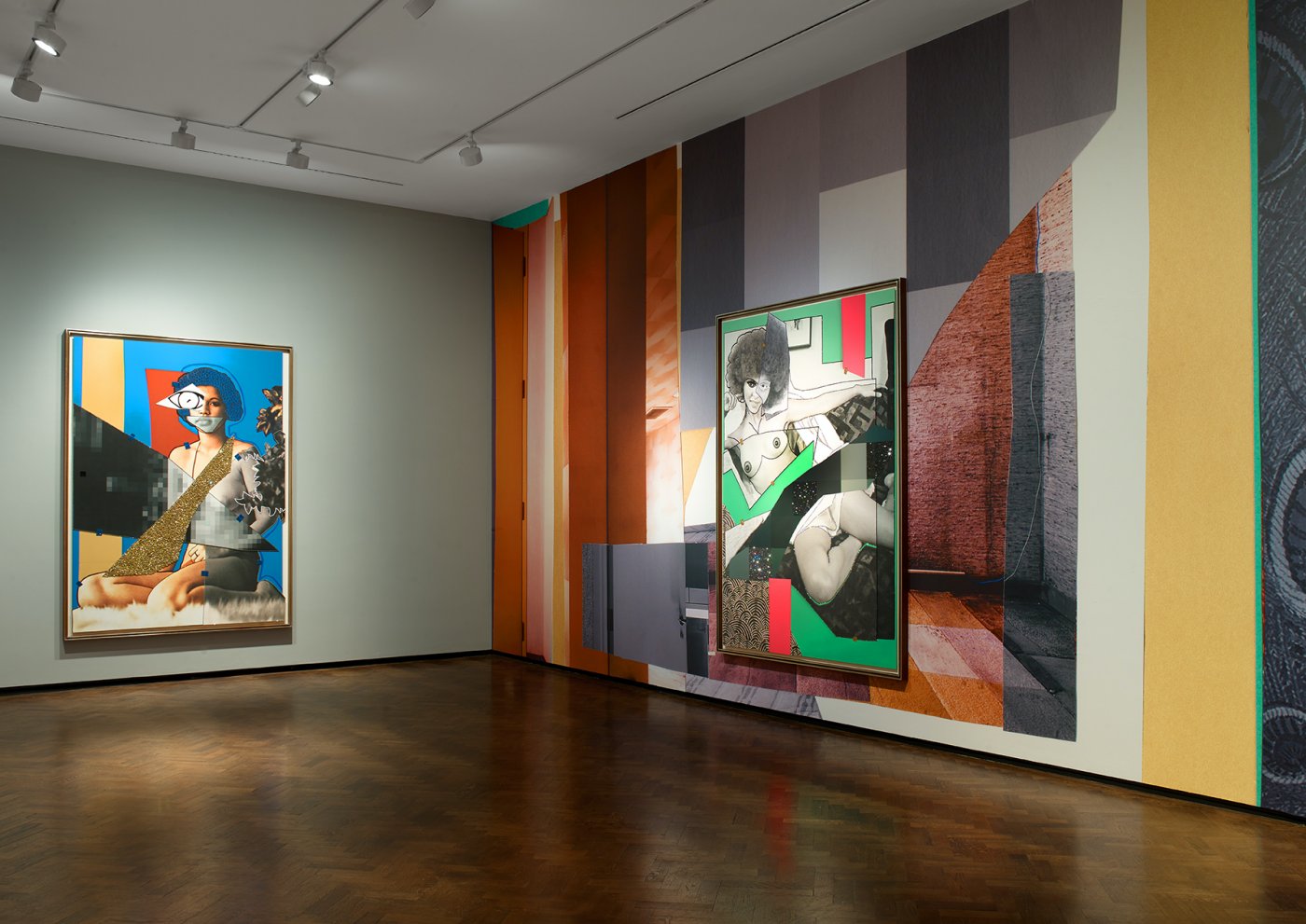 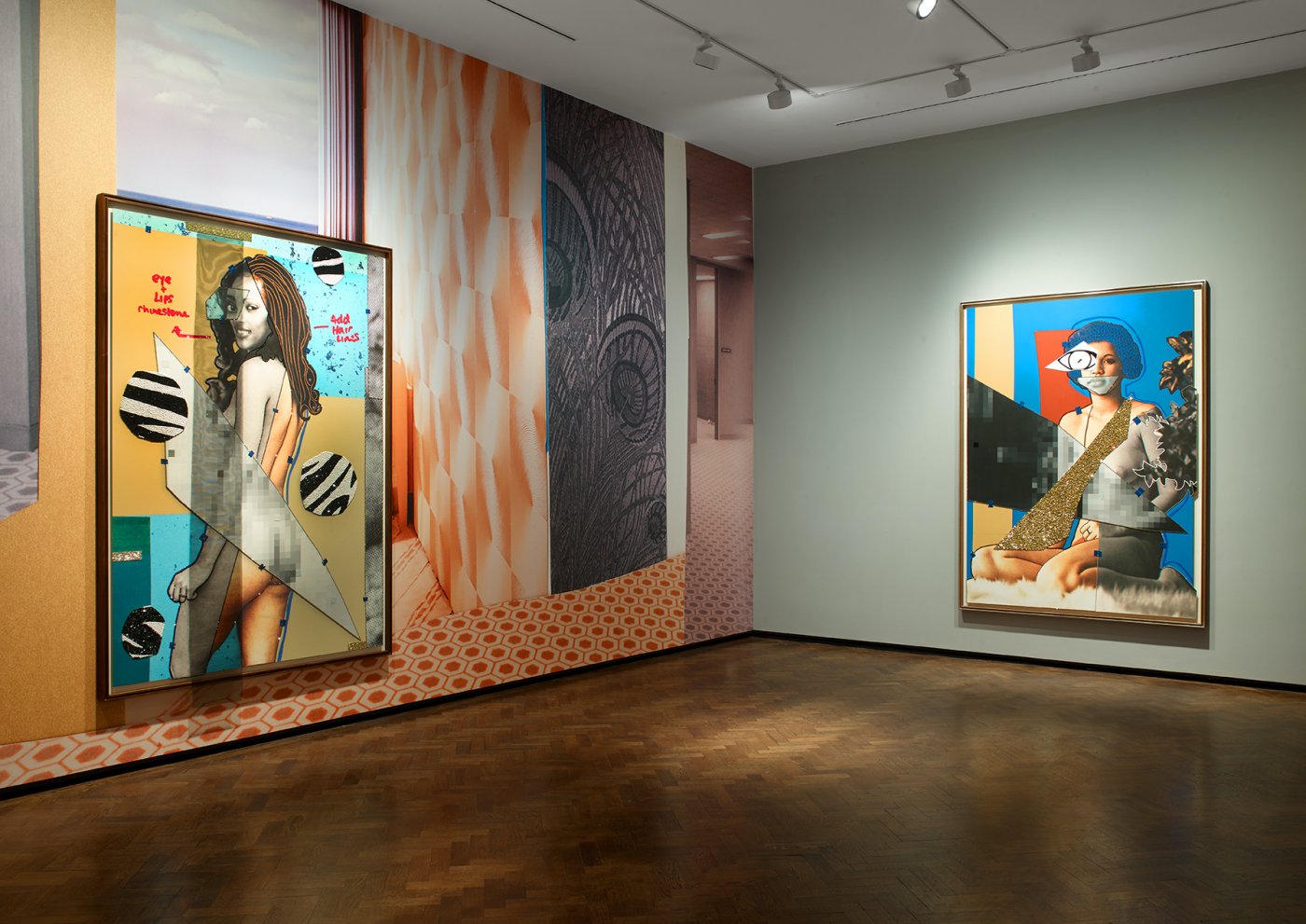 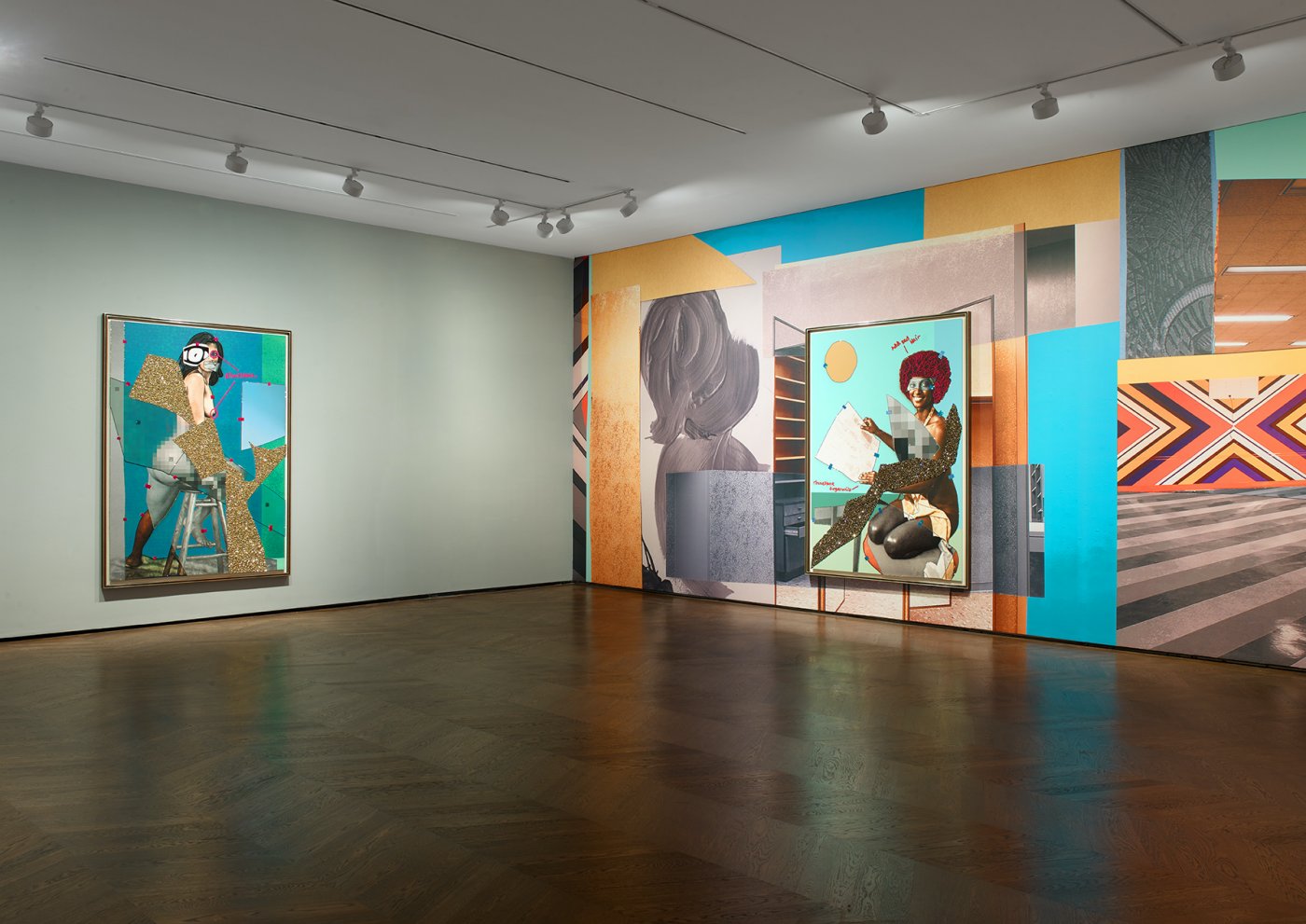 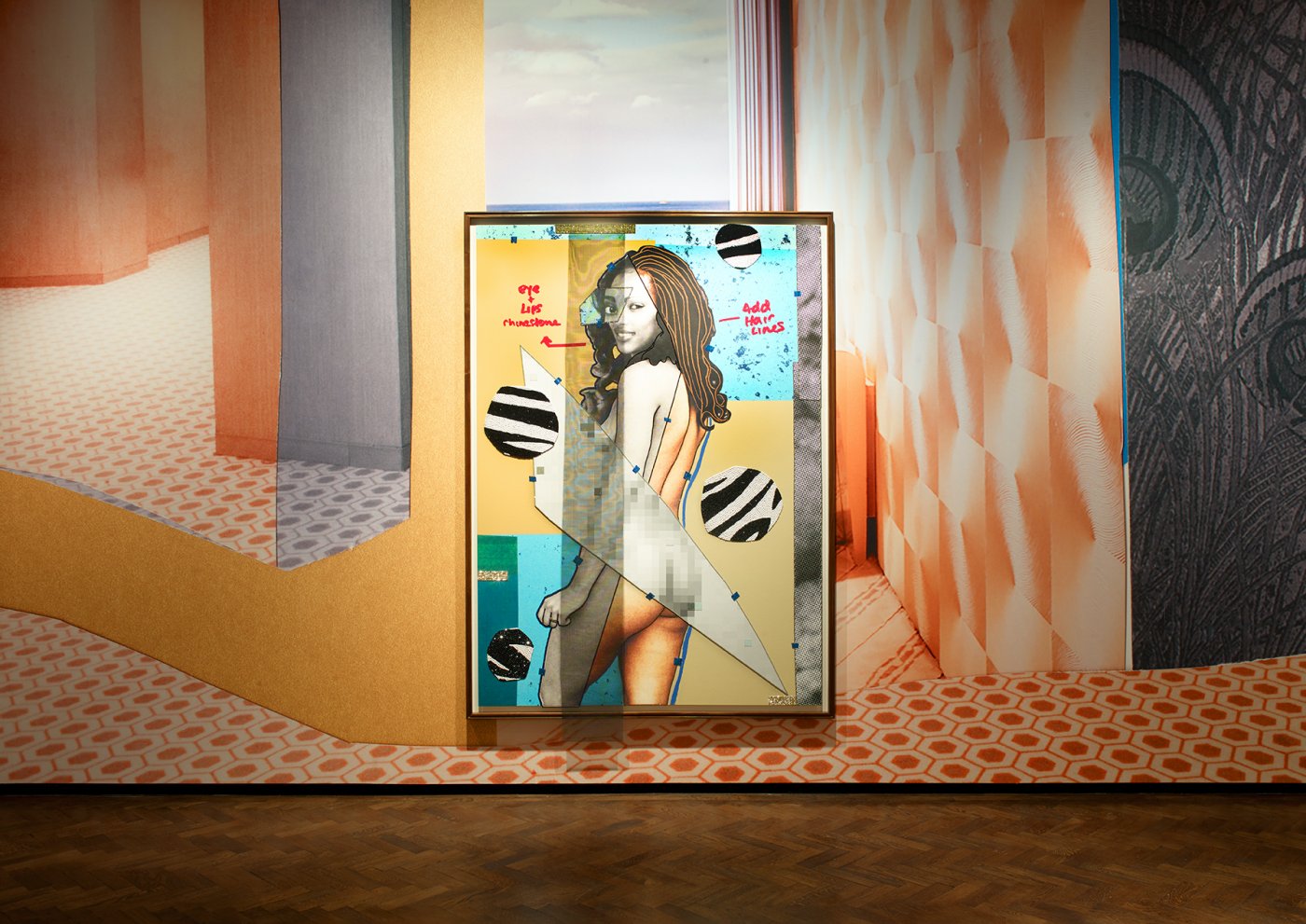 Over the past 20 years, Thomas has cultivated a distinctive vocabulary of Black erotica, Black female sexuality, and Black queer aesthetic and thought within her multidisciplinary practice to producing and exhibiting her work. With the sequential premieres of Beyond the Pleasure Principle in the gallery’s locations in New York, London, Paris, and Hong Kong, Thomas sets out to formally, spatially, and philosophically draw attention to the central study of her art: the power and desirability of Black women, and their presence, imprint, and legacy in global avant-garde visual culture.

Alluding to a 1987 hit song by Janet Jackson and a 1920 landmark essay by Sigmund Freud, the title Beyond the Pleasure Principle signals Thomas’ personal, artistic, and political intentions while also acknowledging the intersection of influences and techniques that underlie her work.

In her Jet Blue paintings debuting in London at 22 Old Bond Street, the artist builds upon her newest series, which premiered in New York earlier in the month, with seven large-scale paintings composed of silkscreen, oil and acrylic painting, and rhinestone application. The paintings feature images of archival photos of Black women sourced from vintage Jet Magazine pin-up calendars. These new works reinforce Thomas’ formal and material concerns in the centering of Black femininity, in this case beyond her personal relationships of intimates the artist is most accustomed to working with as subjects, to include existing images from the 1970s, a period of the artist’s own adolescence and greatly influential to her overall oeuvre. Through her reworking of these images, Thomas tenderly imparts a familiarity and personalization with the women depicted in the paintings that, other than their monthly pseudonyms, were published as anonymous figures. Thomas will also premiere a film in London at 40 Albemarle Street made with her collaborator, Racquel Chevremont, titled Je t’aime #4 (2019; 15:27), that intensifies her dialogue with the past through personal narrative.

The women in her paintings, refracted through Thomas’ signature application of collage, take on a new dimensionality and context. Her collage is not one of media alone, but eras and allegories, with notable references to Romare Bearden, Jacob Lawrence, and Faith Ringgold, as well as Henri Matisse and Pablo Picasso, a demonstration of the diversity of cultural traditions that conceived modern art and thought. For Thomas—whose own work has long depicted the beauty and power of Black women in order to subvert the material and cultural oppression and marginalization to which they have been subjected—engaging in a cultural touchstone like Jet underscores her determined commitment to visibility and historical and contemporary celebrations of Blackness, femininity, transgressiveness, and queerness.

In the works on view at Lévy Gorvy London, Thomas advances her engagement with the mediums of painting and collage to the mid-century’s defining genre, Pop Art, evident through her references to the work of influential historical Pop artists such as Richard Hamilton. Thomas reconstructs the familiar forms and exuberant color palettes of modernist motifs around the models in the archival images from Jet Magazine, in a continuing process of centering Black women in a contemporary narrative of beauty and agency that stretches across artistic eras. The new Jet Blue series of paintings continues the overarching theme of Beyond the Pleasure Principle: the agency and impact of Black women and their representation in modern Western art history.