An exhibition of new paintings by Mick Moon opens at Alan Cristea Gallery to coincide with the publication of the first monograph on the artist published by the Royal Academy of Arts. 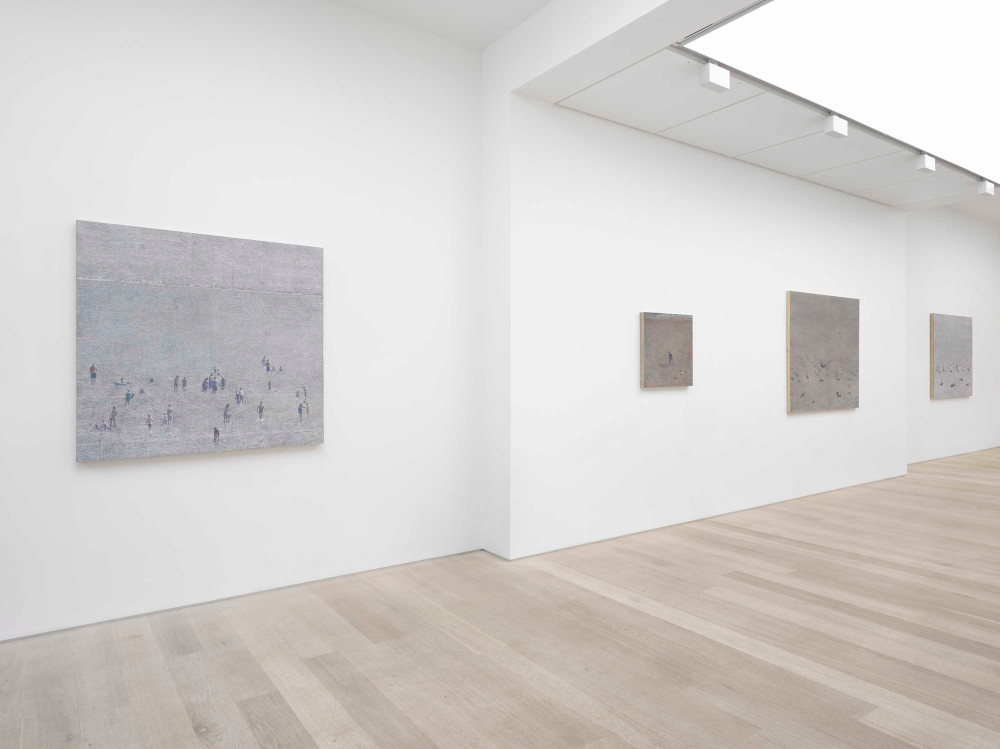 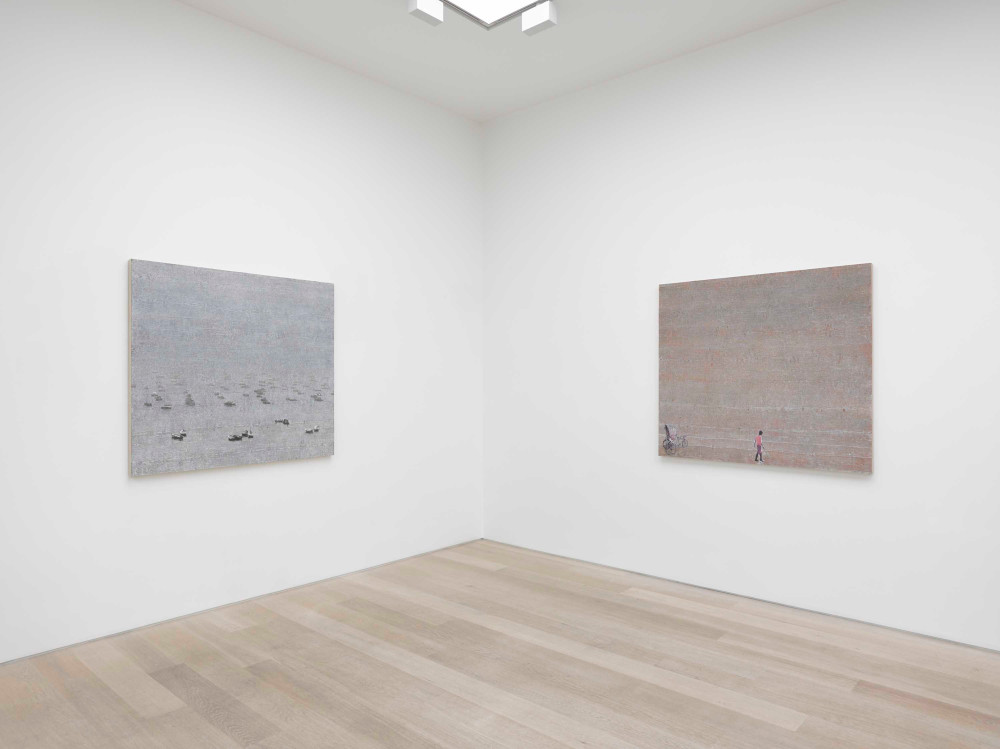 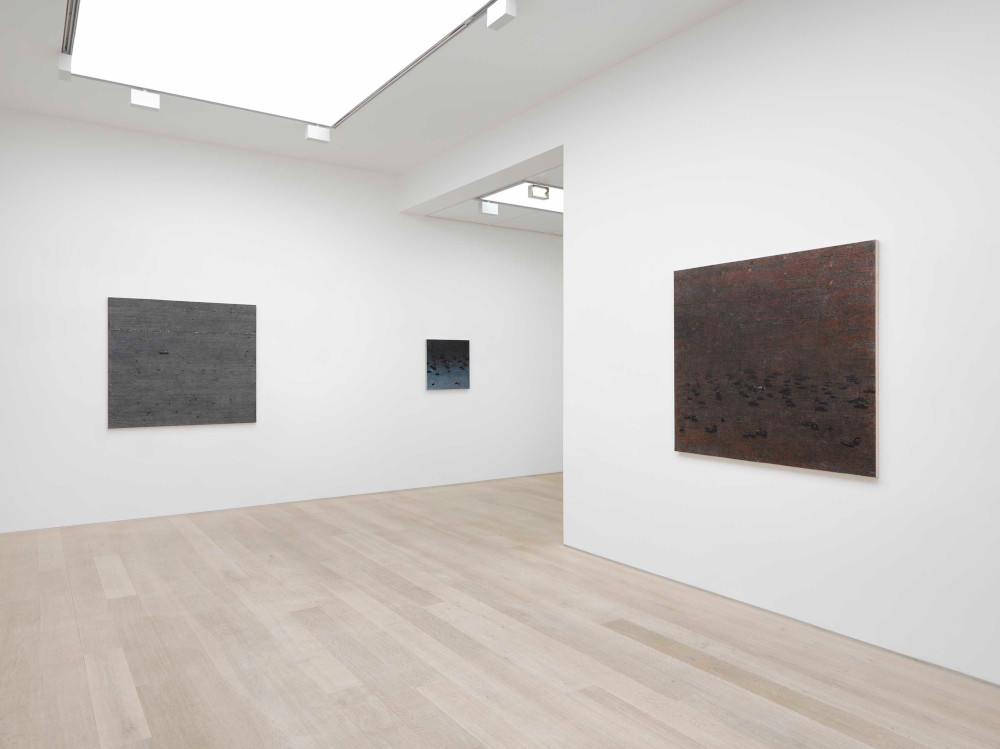 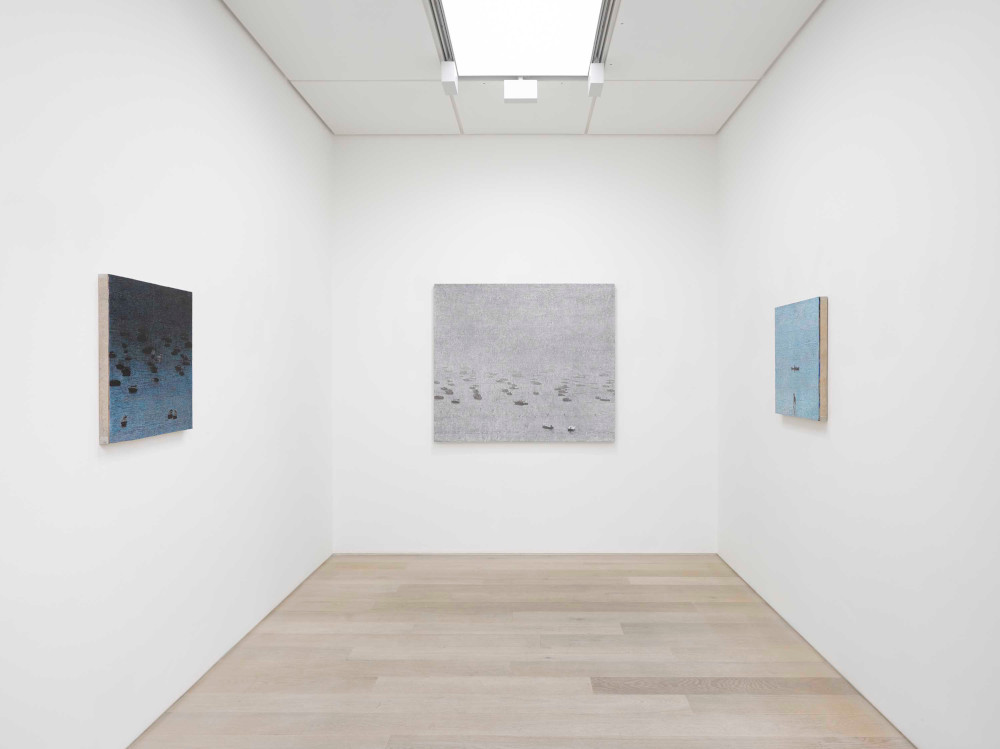 These new works are made by painting and collaging on to impressions of wood taken from the floorboards of Moon’s studio in south London. The resulting images, which bear traces of stains, scratches and marks from the worn surface of the floor are completed by hand. The finished paintings embody an abiding interest in India as well as the English seaside.

Moon was born in Edinburgh, Scotland in 1937 and grew up in Blackpool, England. After completing his national service he studied at Chelsea School of Art, London from 1958 to 1962 followed by a further year at The Royal College of Art, London. In 1963 Moon was invited back to teach at Chelsea. It was at this time that he made the first paintings (colour modulated strips) to come to public attention but just as important for him was the forming of two lifelong friendships with Patrick Caulfield and John Hoyland, both colleagues on the teaching staff.

In the early 1970’s his direction changed radically and he became preoccupied with the late studio paintings of Georges Braque – the subject of his final thesis at Chelsea. Inspired by Braque’s work he turned his attention to his immediate surroundings, the walls, floor and furniture of his studio. He made impressions of these surfaces which were then cut and collaged into large wall hangings.

These paintings carried him on a wave of success from an exhibition at the Tate, London in 1976 through to the Arts Council Hayward Annual and first prize at The John Moores Liverpool exhibition in 1980.

Over time and through many phases of work Moon has shifted his investigations from the confines of the artist’s studio to landscapes and urban places that had been neglected, including the Blackpool seaside of his childhood and the Sussex coast where he spent his schooldays. In London he was also a frequent visitor to Brick Lane, an area of displaced communities and cultures that had arrived from India through immigration. These subjects would appear in Moon’s paintings and prints most prominently in the use of spice pots, glassware, tea chests and decaying beach furniture.

Moon first travelled to India in 1980 returning to the country many times throughout his life. He continues to draw on Indian influences and these new paintings include depictions of boats docked at shore and moored along the coast of Mumbai and Goa. The bright intense colour of his earlier work has been replaced by serene contemplative seascapes in various shades of grey.