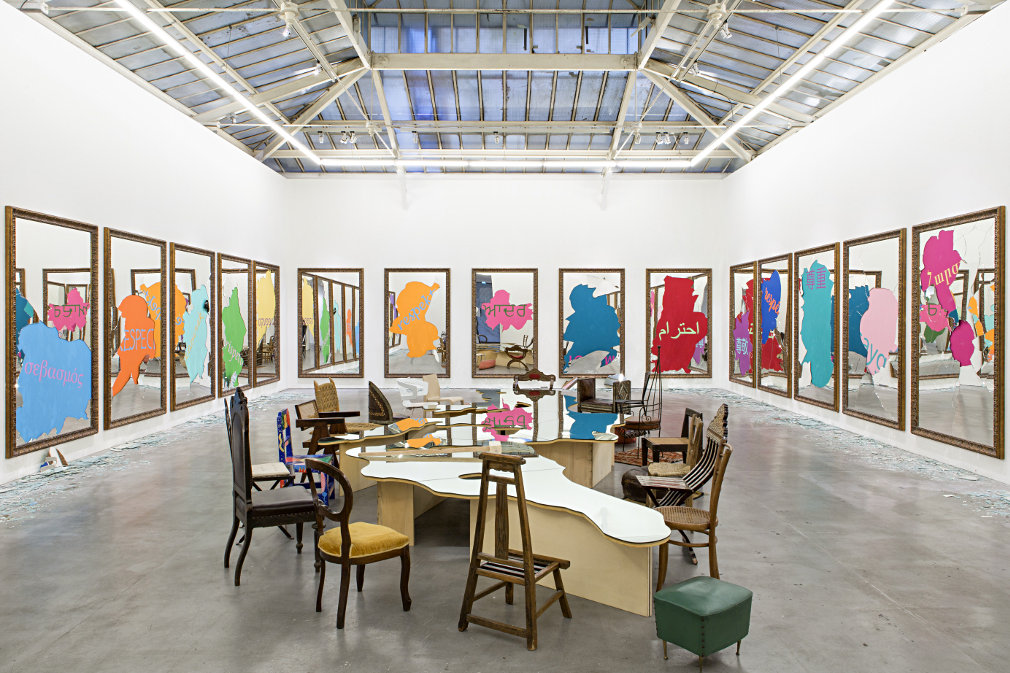 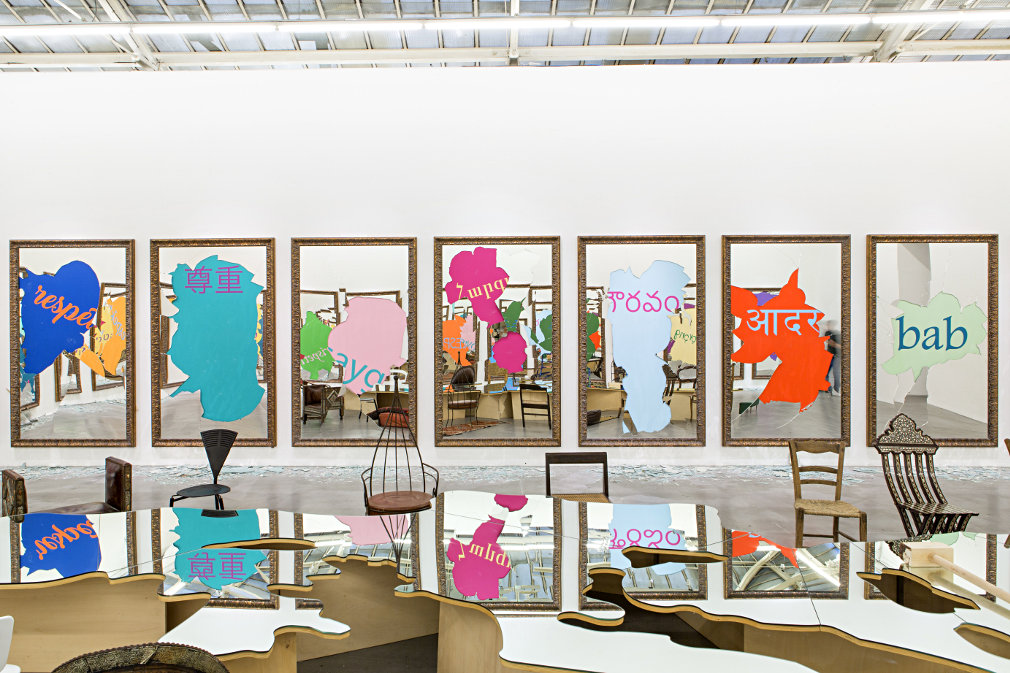 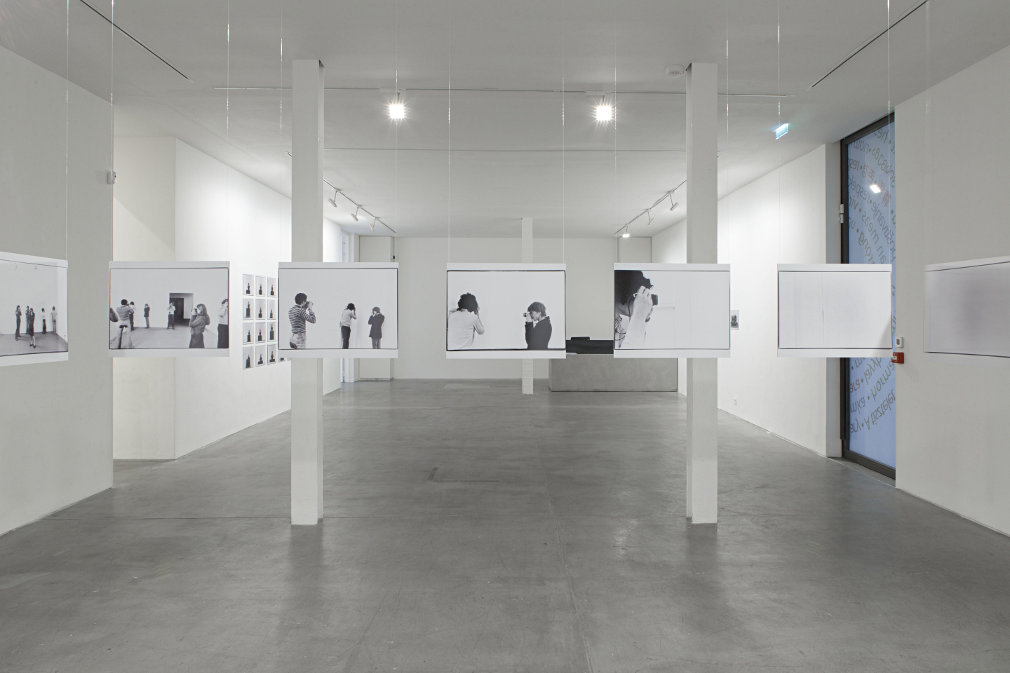 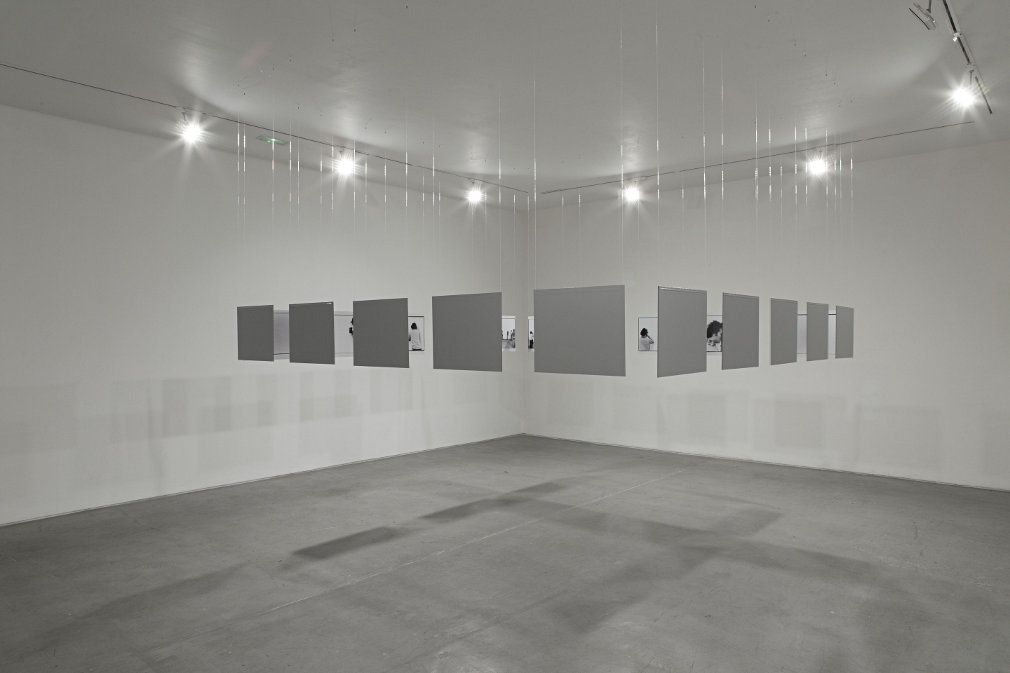 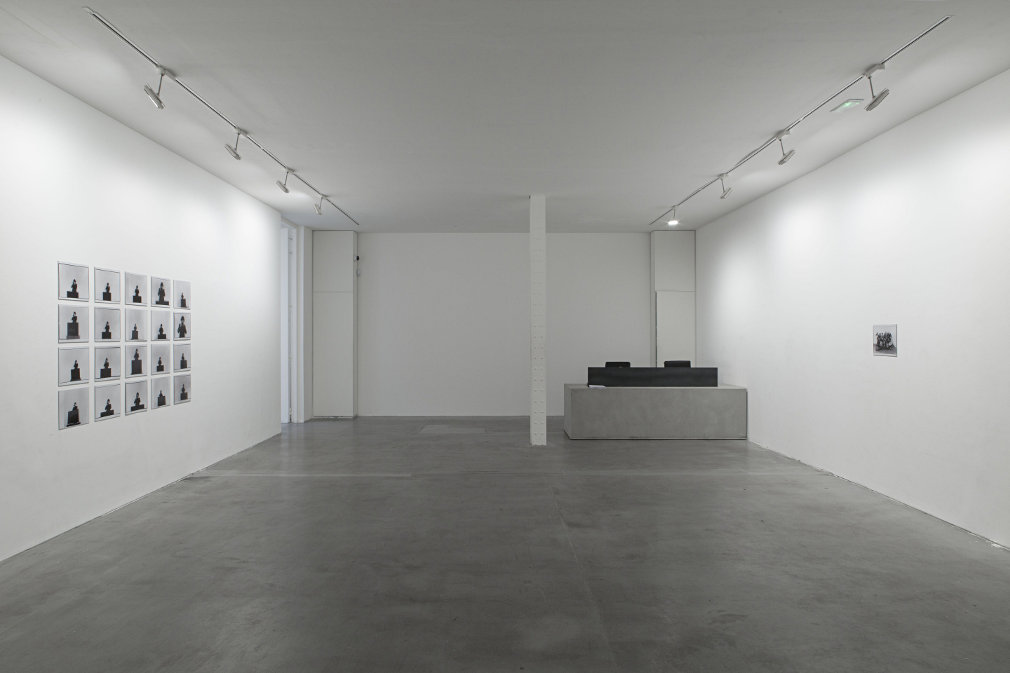 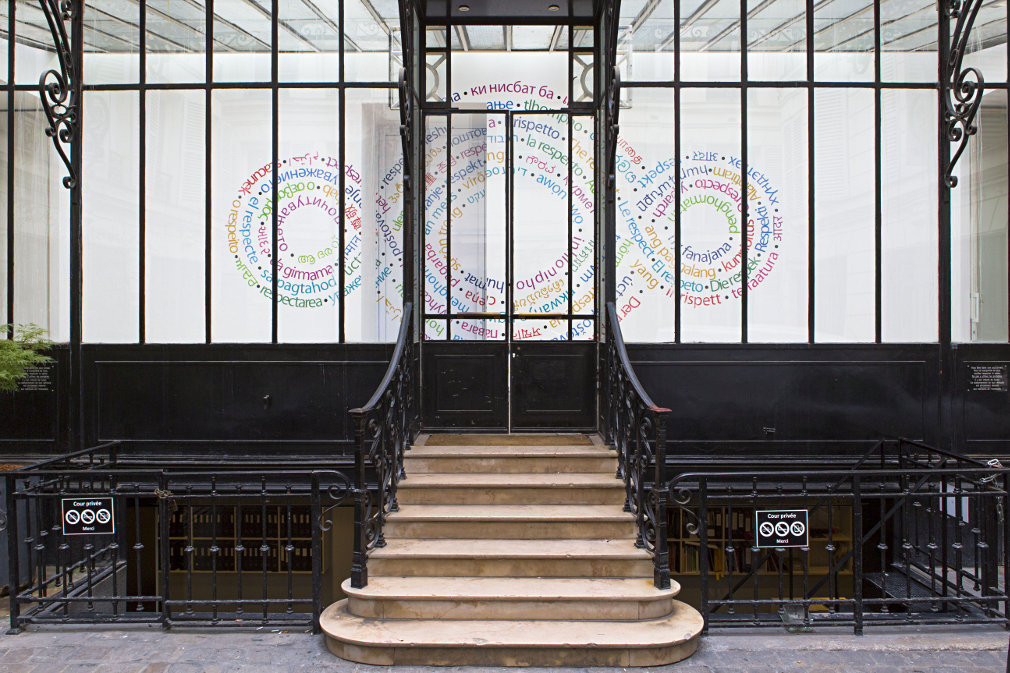 Organized thematically in three sections representing the three primary areas of the artist’s investigation — Art, Education and Politics — the exhibition presents a selection of Pistoletto’s historical creations in parallel with recent or unpublished works, some of which have been produced specifically for this occasion.

At the gallery’s entrance, visitors will be greeted by the word «RESPECT», written hundreds of times in diverse languages and forming a large “Third Paradise» symbol — the emblematic figure in Pistoletto’s work, connecting our modern world to the bygone days of Eden. For the artist, the center of the «Third Paradise» contains a space for a possible future — a generative matrix for a new humanity, a counterbalance to the global tension between nature and artifice, able to unite the world in a single desire for redemption.

The exhibition subsequently develops across a scenography combining historical works and new creations. Three emblematic works of Pistoletto’s early investigations – Il presente – Autoritratto in camicia (1961), Uomo sul sofà (1958), Autoritratto su fondo argento (1960) – illustrate the artist’s seminal experiments of the early 1960s, performed with the desire to «see something happen.» On these bases, Pistoletto began to use mirrors in his artistic practice. The mirror has gradually become his favorite material, appearing in a number of his most recent works: Black & White (2012), Louvre (Ragazza) (2013), and Color and light (2016).

For Pistoletto, these mirrors are at once a reflection of tangible realities stemming from personal contemplations and vectors to the unexplored and the new. They become creators of infinity, representing all that exists without limitations. In each mirror the artist freezes the memory of a lived moment, lost in the parade of moments. Broken during the performance, the mirrors on the gallery walls reveal, one last time, inscriptions of the exhibition title, while symbolically multiplying spectators’ fields of reflection. Embodying the artist’s thoughts on the human condition, these broken mirrors also recall the political investigations that Pistoletto carries out in the Cittadellarte, the foundation that he created in his created in his hometown of Biella, near Milan. Here he studies diverse human activities with the goal of producing responsible changes by means of art. Two works in the exhibition, The Conferenza (1975) and Raggi di persone (1975) – specifically illustrate the political dimension present in Pistoletto’s creative process. The first offers a timeless statement on the political systems that impede and deprive individuals of the space necessary for their flourishing. The second bears witness, conversely, to a democratic attitude «that expresses itself through the will of each individual to understand and to be understood.»