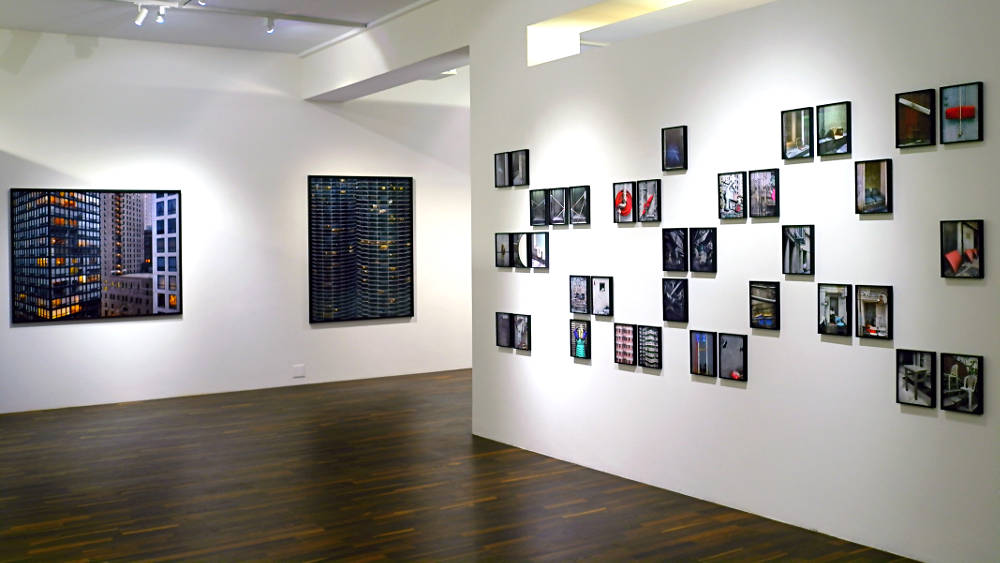 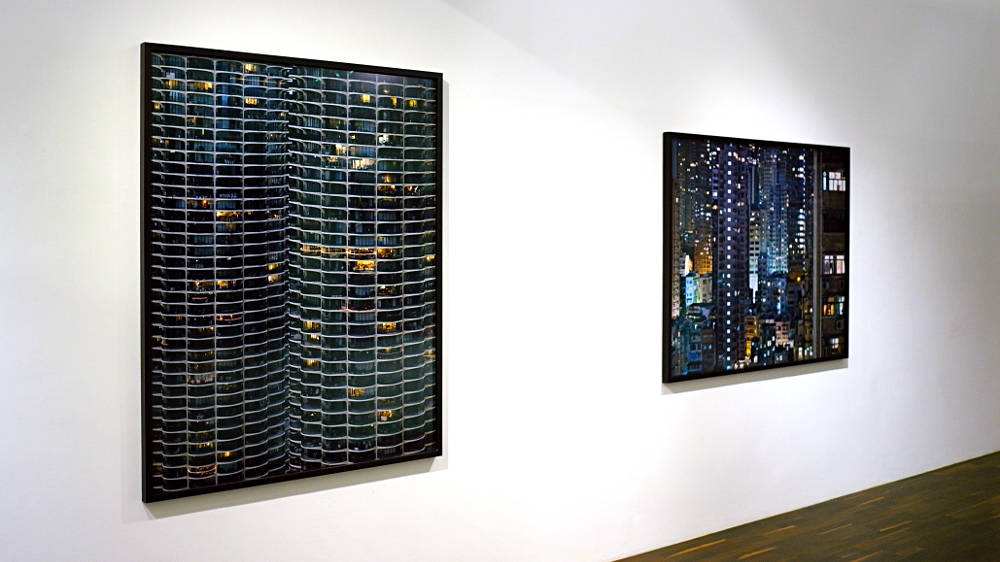 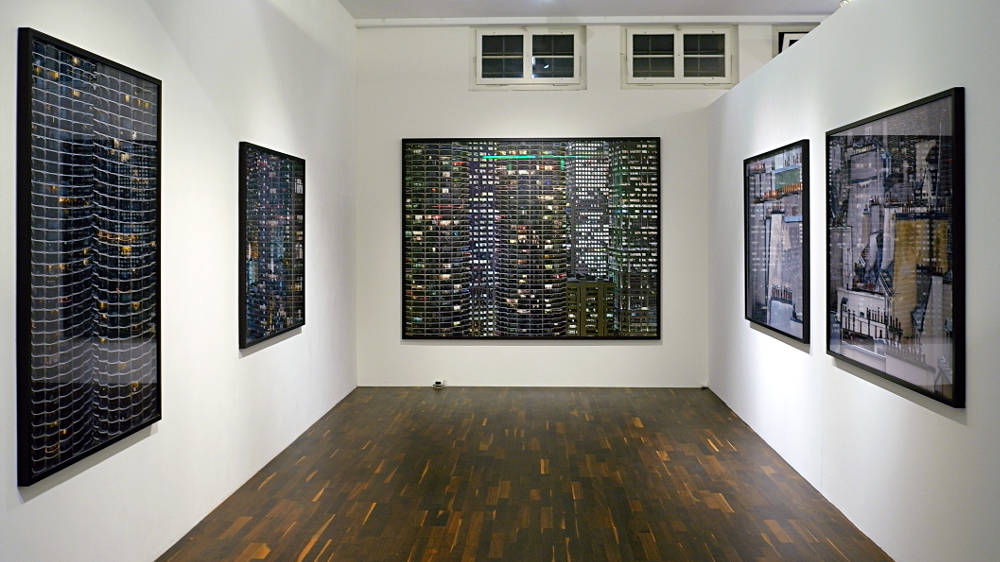 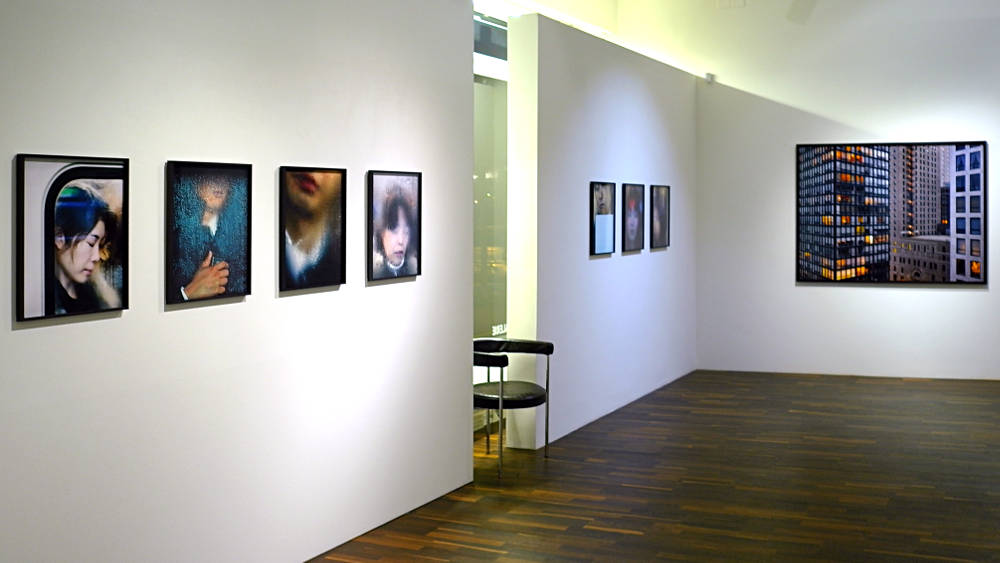 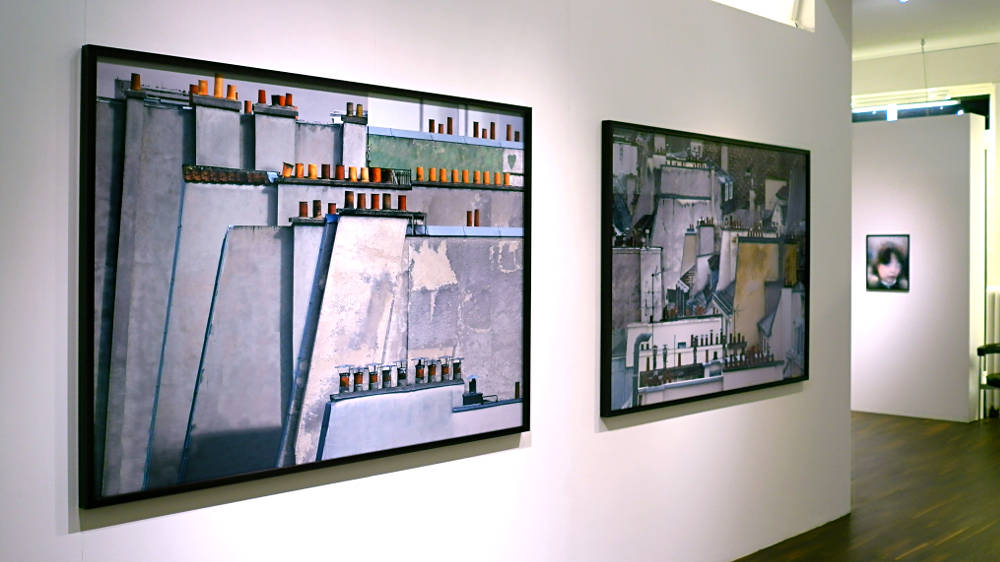 His first solo exhibition at the gallery ‘Life in Cities’ took place in 2011. ‘Life in Cities – continued’ gives an even deeper insight in Wolf’s extensive, culturally investigative and artistic works. Works from his series ‘Architecture of Density’, ‘Night’, ‘Paris Rooftops’, ‘Tokyo Compression’, ‘Transparent City’, as well as a large ‘Informal Solutions’ installation will be on view.

The focus of Wolf’s work is life in mega-cities. His projects document both the architecture and the vernacular culture of metropolises. Born in Munich, Wolf grew up in Canada, Europe, and moved to Hong Kong in 1994, where he worked for eight years as a contract photographer for Stern magazine. Since 2003, Wolf has been focusing on his own projects, publishing over thirty books of his work.

“It is in […] Hong Kong, the city that became his home in Asia, that Wolf has found his greatest source of inspiration. His first personal project in the city, Architecture of Density (2003–14), uses the city’s iconic sky-scraping tower blocks to great effect, eliminating the sky and horizon line to flatten each image and turn these facades into infinite abstractions.

Since 2003, Wolf has constructed a sprawling photographic archive of Hong Kong life at street level entitled Informal Solutions, a reference to the resourcefulness of city dwellers in even the most restricted of public spaces. The series is a visual collection of a dizzying array of fragments from the city streets: […] Wolf is able to reveal the surprising diversity of the urban ecosystem, capturing the beauty of the vernacular while simultaneously illustrating China’s concern with functionality over form.

Arriving in Paris in 2008, he encountered a city with few signs of contemporary life on its surface. Its static form, frozen in the nineteenth century by its Haussmannian architecture, and the weight of its photographic past convinced him of the need to find a new photographic approach. […] he took to the rooftops to find an expression of the city’s character. The formal abstractions of Paris Rooftops (2014) flatten the rooftops into multi-layered compositions in which chimneys and television antennae jostle for position.

[The] question of the role of the photographer is perhaps most evident in Tokyo Compression (2010–13). In this series, he aims his camera at captive passengers pressed against the windows of the crammed Tokyo subway. […] These images are made with a “no exit” photographic style, trapping the gaze of the viewer within the frame just as the passengers are unable to escape the confinement of these temporary cells.

Shooting from public rooftops [in Chicago] over the course of several months, Transparent City (2006) adopted a similar visual approach to his architectural work in Hong Kong. However, the facades of Chicago’s buildings give a very different result: the city is far less dense than Hong Kong, thereby creating a greater sense of depth to the images, while the transparency of its glass skyscrapers allows the life within them to seep out.” – Marc Feustel

Wolf’s work has been exhibited in numerous locations including the Venice Biennale of Architecture, the International Architecture Biennial in São Paulo, Aperture Gallery in New York, Museum Centre Vapriikki in Tampere, Finland, Museum der Arbeit in Hamburg, Museum August Kestner in Hannover, Museum Folkwang in Essen, the Hong Kong and Shenzhen Biennial of Urbanism/Architecture, Museum of Contemporary Photography in Chicago, the Rencontres de la Photographie in Arles, and Fotomuseum Den Haag in The Hague.

He has won first prize in the World Press Photo Contest on two occasions (2005 and 2010) and received an honorable mention in 2011. Wolf has been shortlisted twice for the Prix Pictet photography prize (2010 and 2016). He lives and works in Hong Kong.