Titled “Singers of Ten Thousand Lines” Galerie Buchholz presents a series of photographs in conjunction with the launch of a new book. Both book and exhibited photographs focus on the extraordinary mythical traditions and ritual practices in a remote community in the Himalayan mountains, studied over a long period of field research by Michael Oppitz. 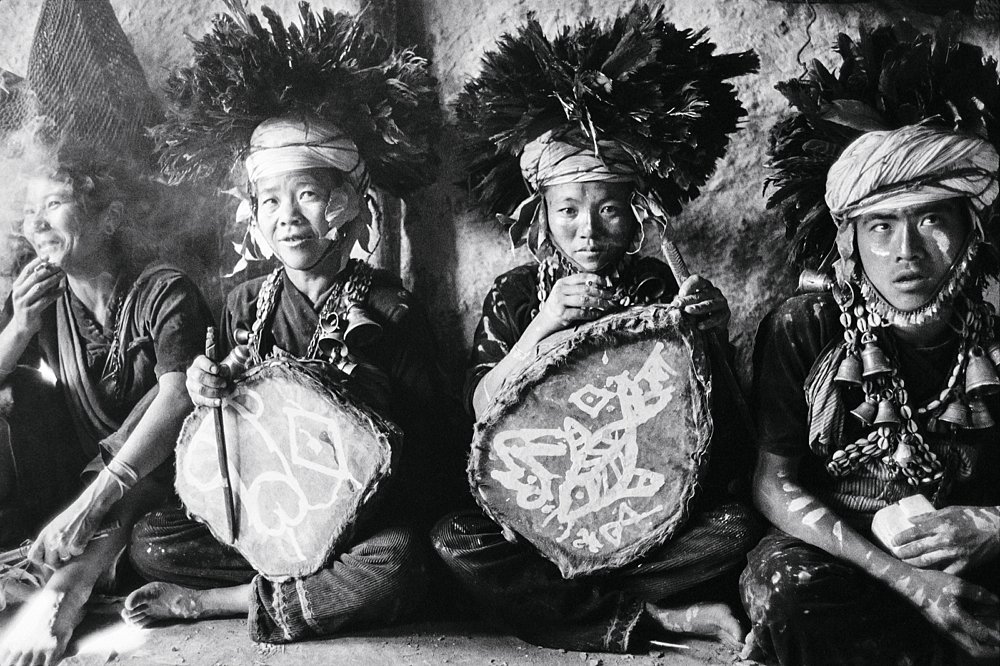 The book now launched is the English version of his German original, first published in 1980 by Syndikat Verlag under the title “Schamanen im Blinden Land”. That book came out in parallel to a film of the same name, today considered a classic. Now appearing in English as “Shamans of the Blind Country. A picture book from the Himalaya” the new version extends the old by more than a third with additional original documentary photographs; it traces the historical changes that have transformed this mountainous region of Nepal in the last four decades in an extensive epilogue; and it suggests a wider context of ritual healing in the Himalaya by appending a selection of early pictures of shamanism in Siberia.

While the picture book “Shamans of the Blind Country” generates a tension between words and pictures by putting both on equal footing, granting each an equal space, the exhibition ”Singers of Ten Thousand Lines” relies exclusively on photographs. Each of these photos stands on its own, without any verbal support. Isolated, each photograph tells its own story, even though all of them are connected with an identical social and ritual background: the religious and daily life of the Himalayan village here documented. Only some of the photographs shown display a serial quality, suggesting the continuous run of events from which they were taken. This social run of life was the common starting point for the book, the film, and the photographs, each of them seeking in their own way to test the possibilities of how ethnography can witness the passing of time.