Michael Kidner: In Black and White

Michael Kidner: In Black and White


Flowers Gallery presents an exhibition of works by the late British artist Michael Kidner (1917-2009), featuring works in a range of media, in which Kidner explored a systematic approach to creating images using line and pattern in black and white. 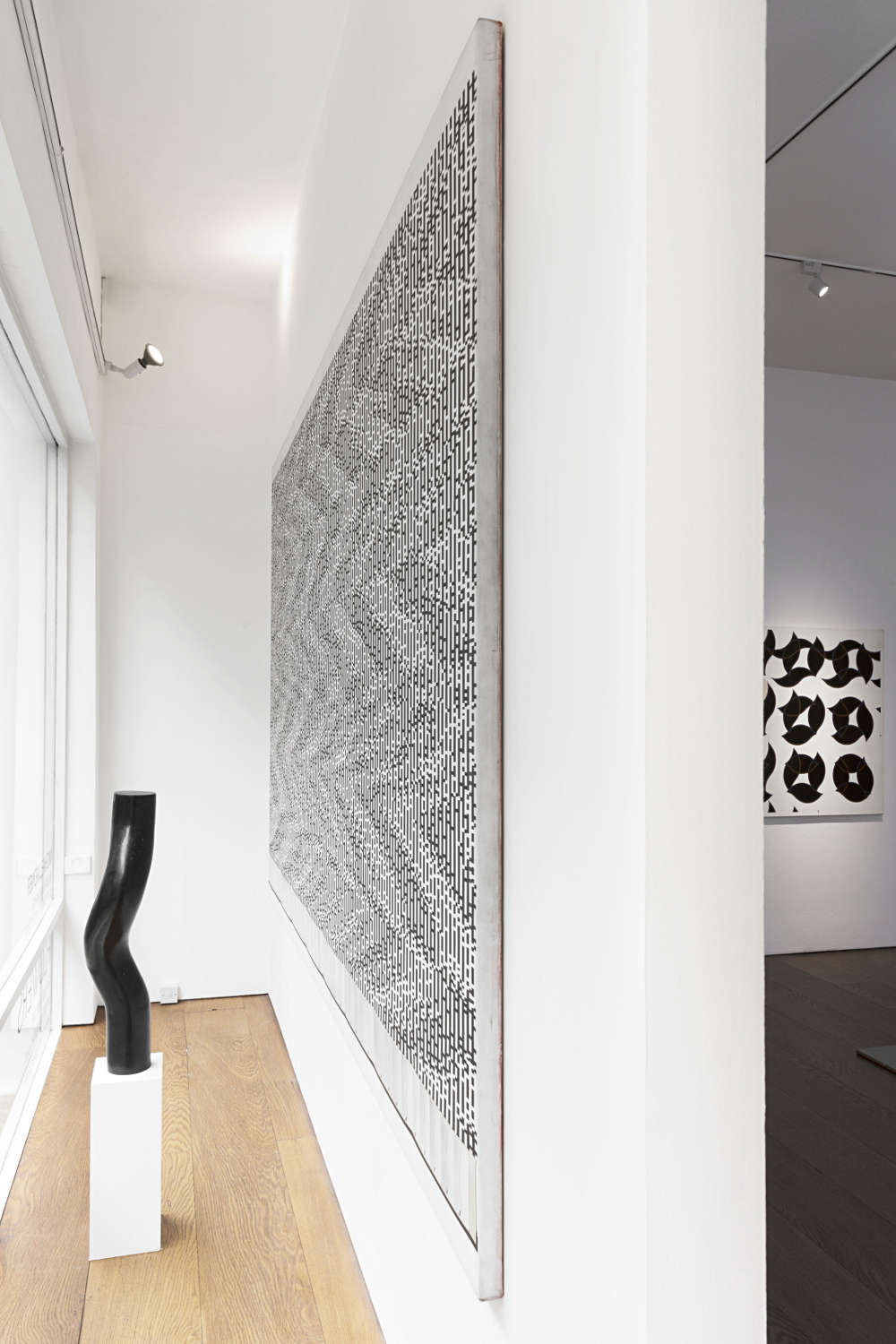 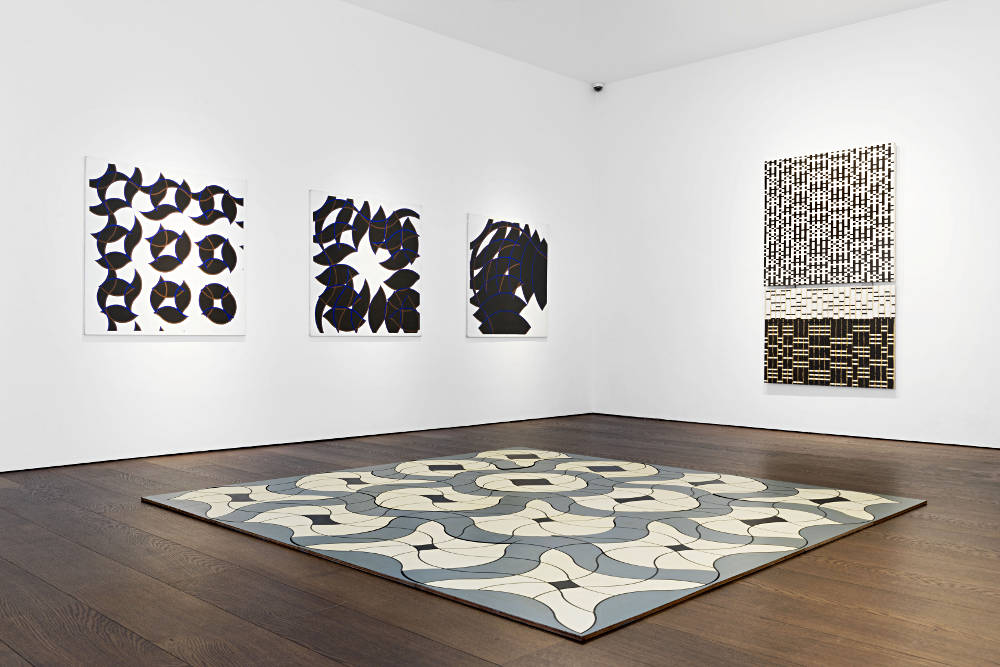 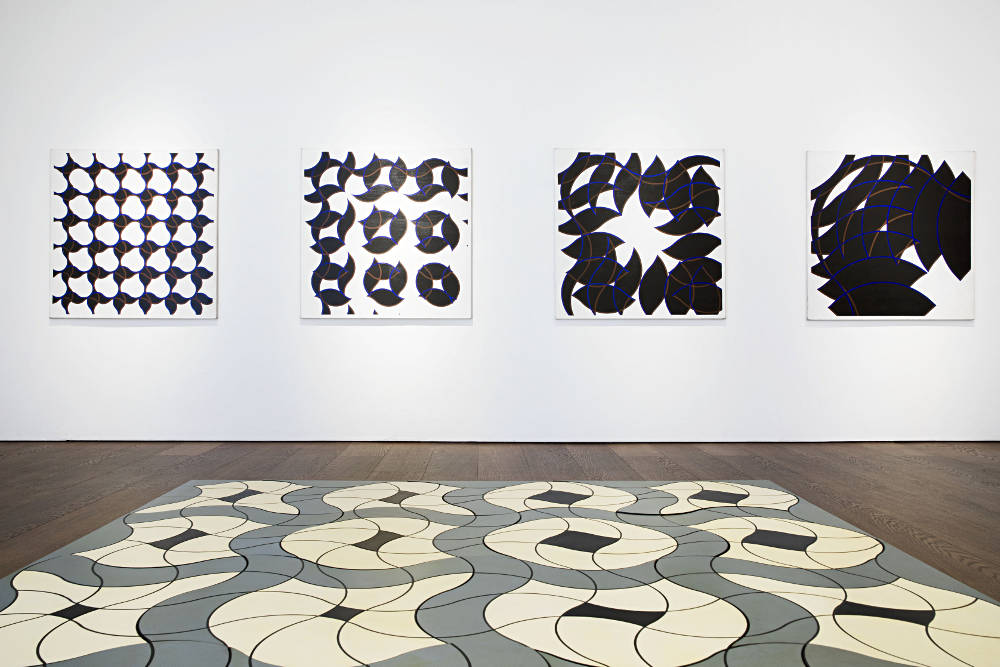 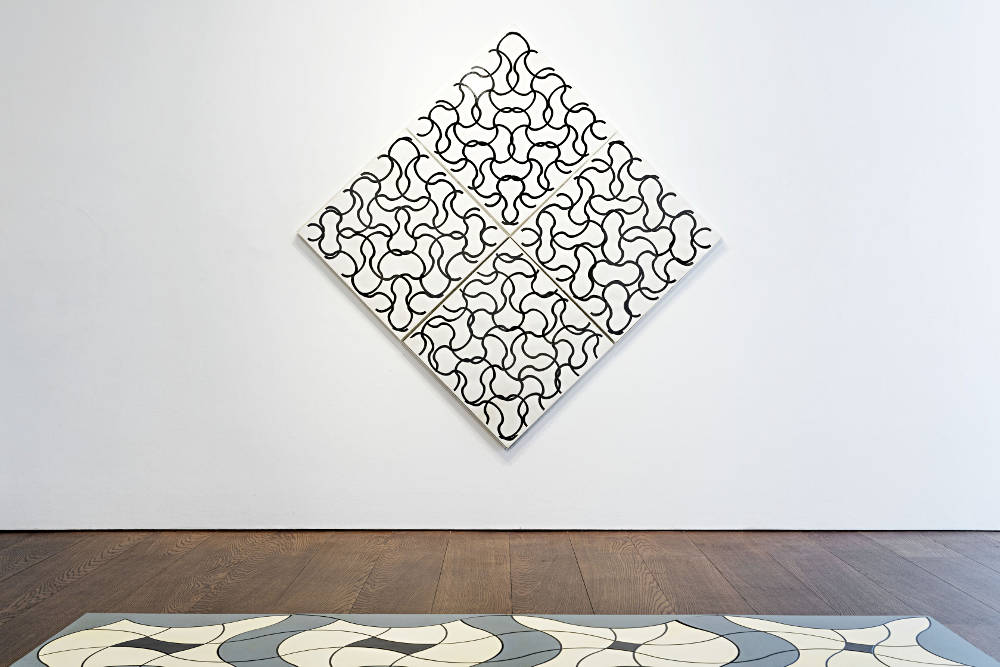 A pioneer of Optical Art, Michael Kidner devoted much of his career to developing work of a constructive nature. Both rational and playful, his art has combined visual responses to the principles of mathematics, science and chaos theories with an abiding interest in the irrational and unpredictable nature of the human condition.

Black and White Wave Recording is an example of Kidner’s investigation of wave theory and the use of mathematics to create harmonious images of waveforms, leading to the use of number systems to design his paintings and sculptures during the 1970s. The complex black and white pattern on the canvas of Column No.2 in Front of its Own Image plots a rotation of the three-dimensional column that stands in front of the painting, with each snaking sequence of rectangular and square blocks corresponding to the curvatures of the column. Relating to this work, Kidner said: “It is the area between the second and third dimension which interests me – the order that lies between imagination and reality. Reality involves experience.”

Kidner’s work of the 1980s engaged open-ended lattices and grids which, he determined, would “give the void a visible presence.” The interwoven network of looping and curling black lines in the painting Systematic Breakdown and his mixed media Floorpiece (both exhibited for the first time in the UK since the retrospective exhibition Michael Kidner: Painting, Drawing and Sculpture at the Serpentine Gallery, London in 1984), show how Kidner’s treatment of empty space could conceal what he described as a “powerful source of energy in search of an equilibrium.”

Requiem, a sequence of four paintings also exhibited for the first time since the Serpentine exhibition of 1984, can be seen as a highly personal example of Kidner’s expression of the ‘chaos’ of life through the order of a rational art. In these paintings, the recognisable structure of a lattice of black curving segments is progressively altered through what has been described as a ‘destructive’ system. Francis Pratt has written that Requiem demonstrates “that ‘systems’ can generate feelings and that, as other and earlier expressionists, such as Kandinsky, have properly assumed, ‘expression’ can be constructed.”