This Autumn Cristea Roberts Gallery presents an exhibition of new work by Michael Craig-Martin, which sees the artist turn his attention to art from the past. 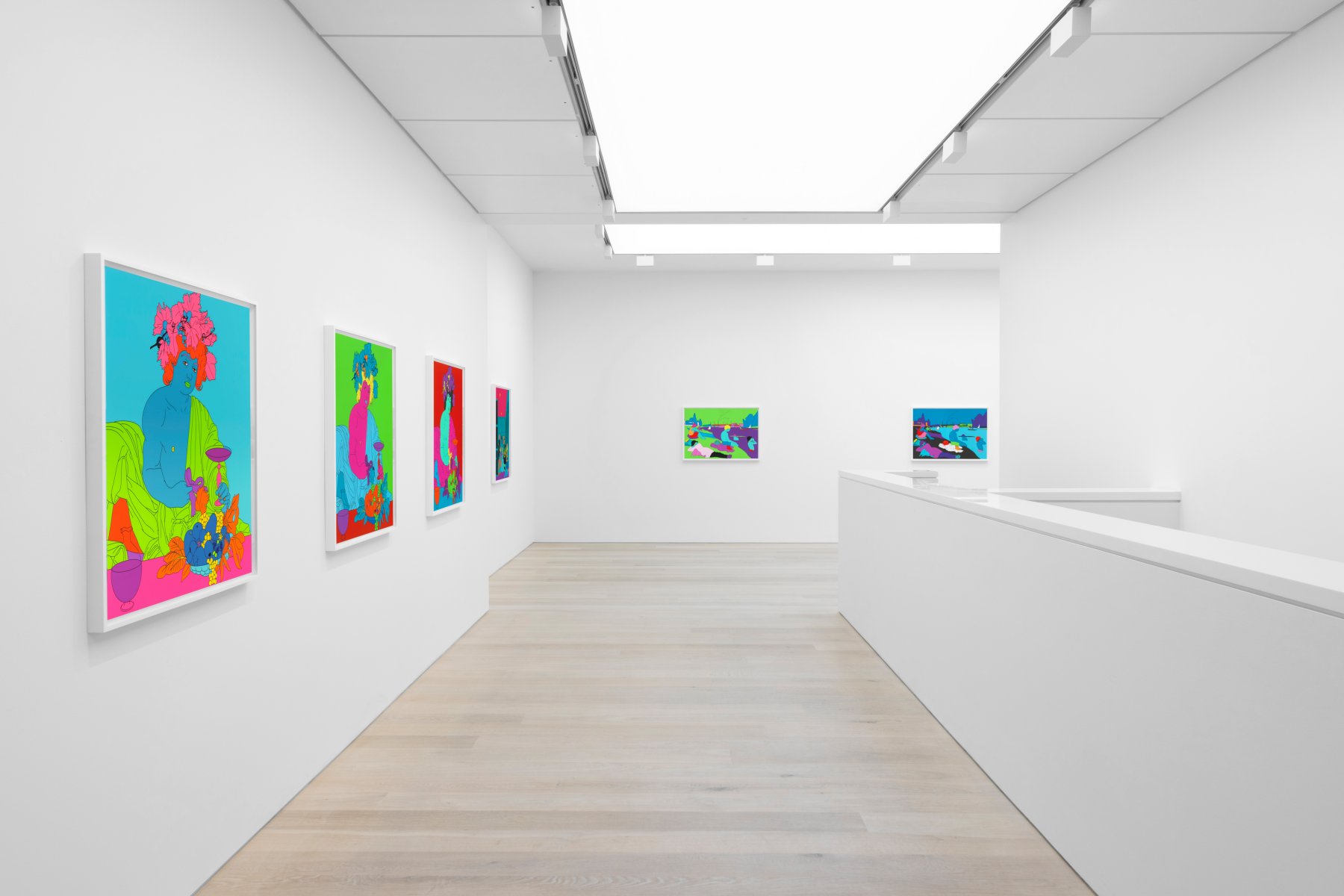 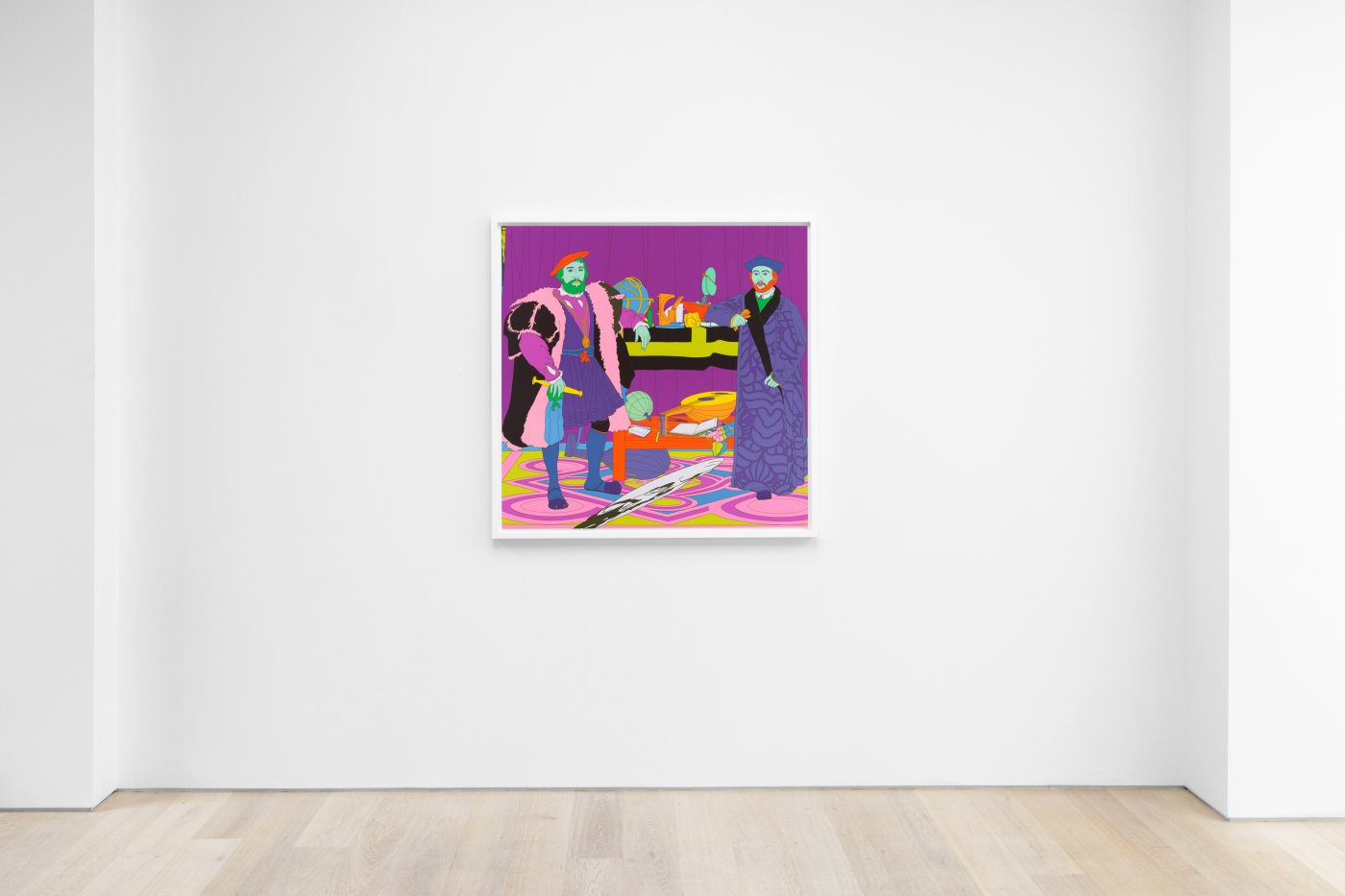 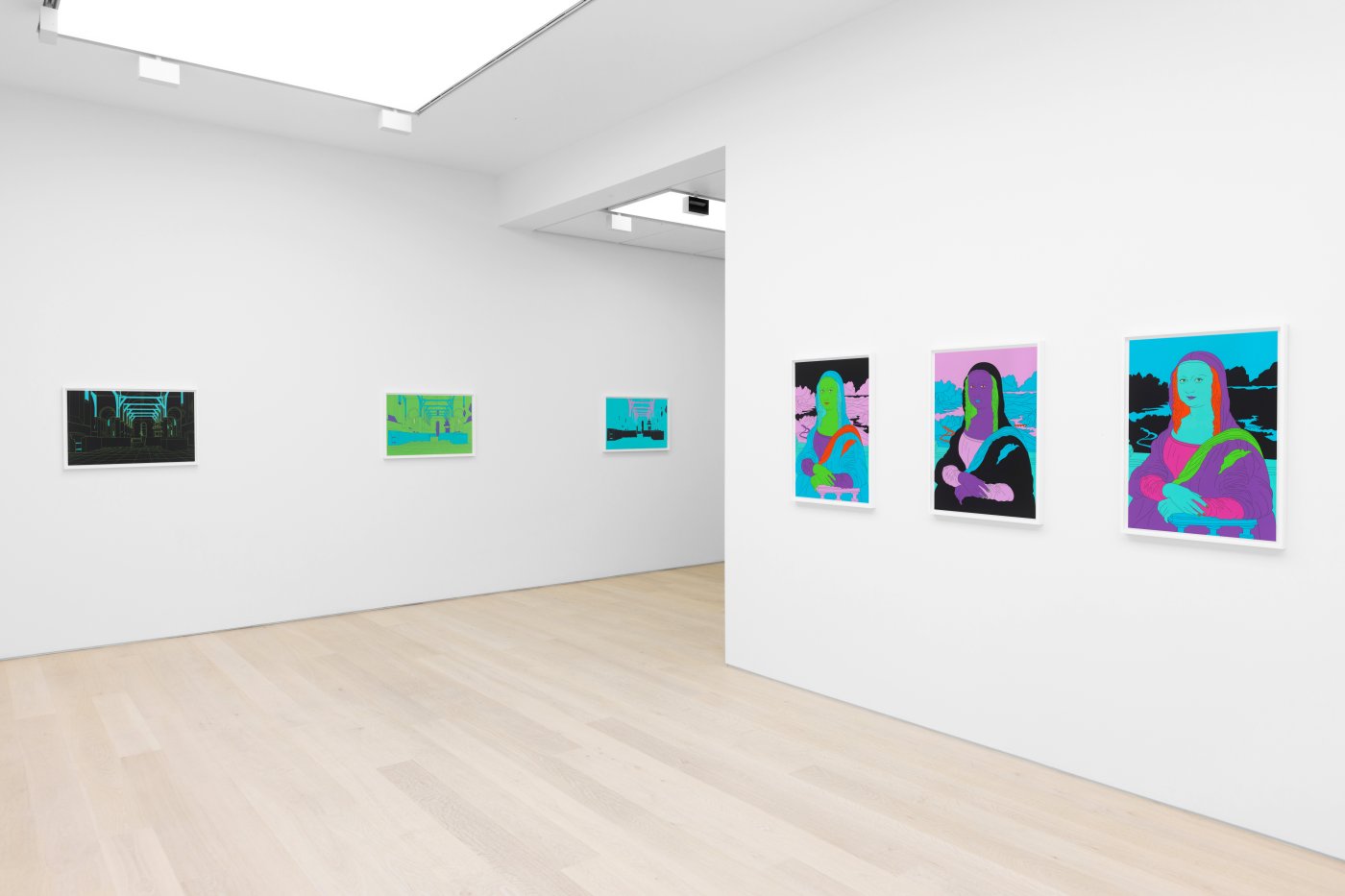 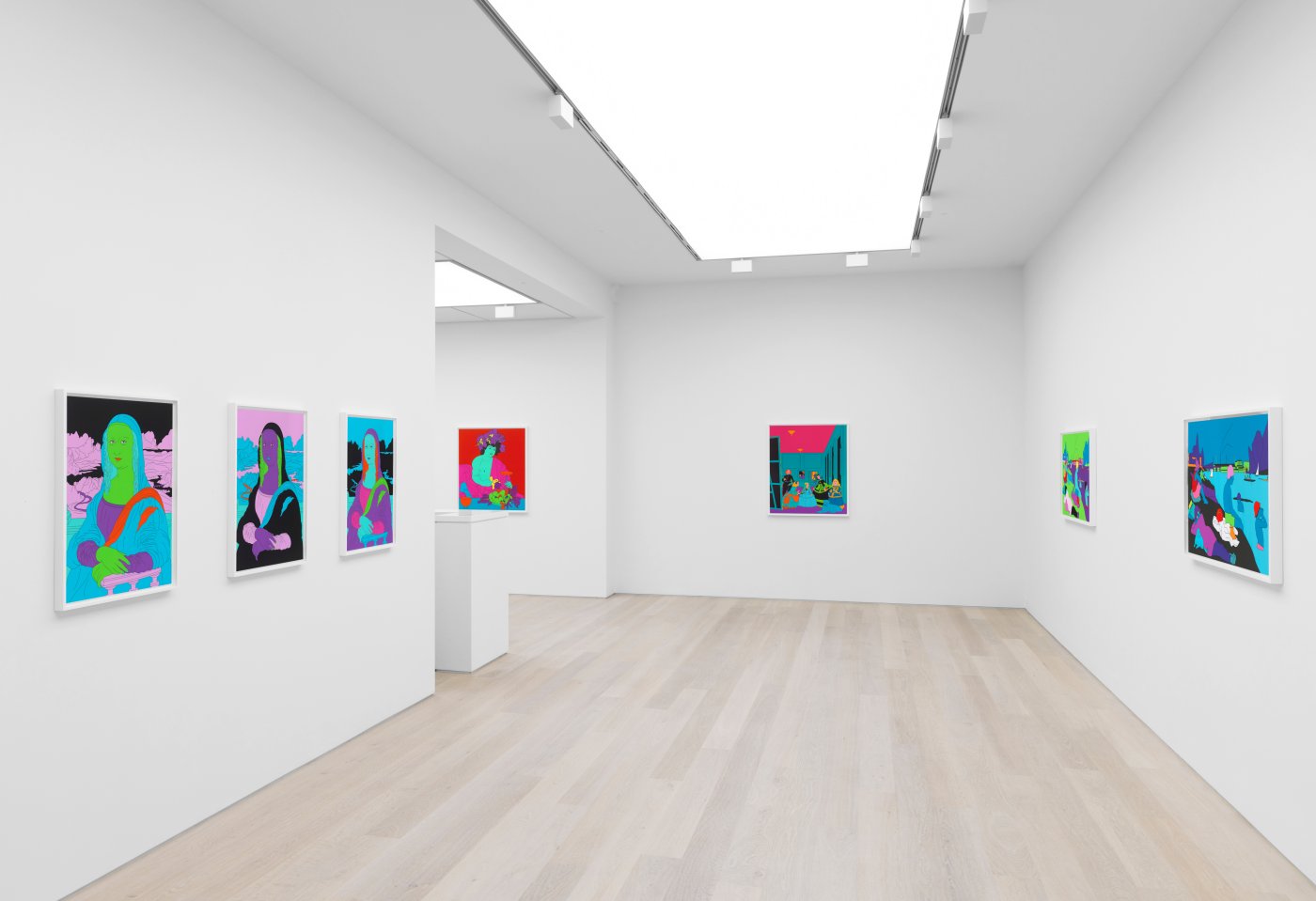 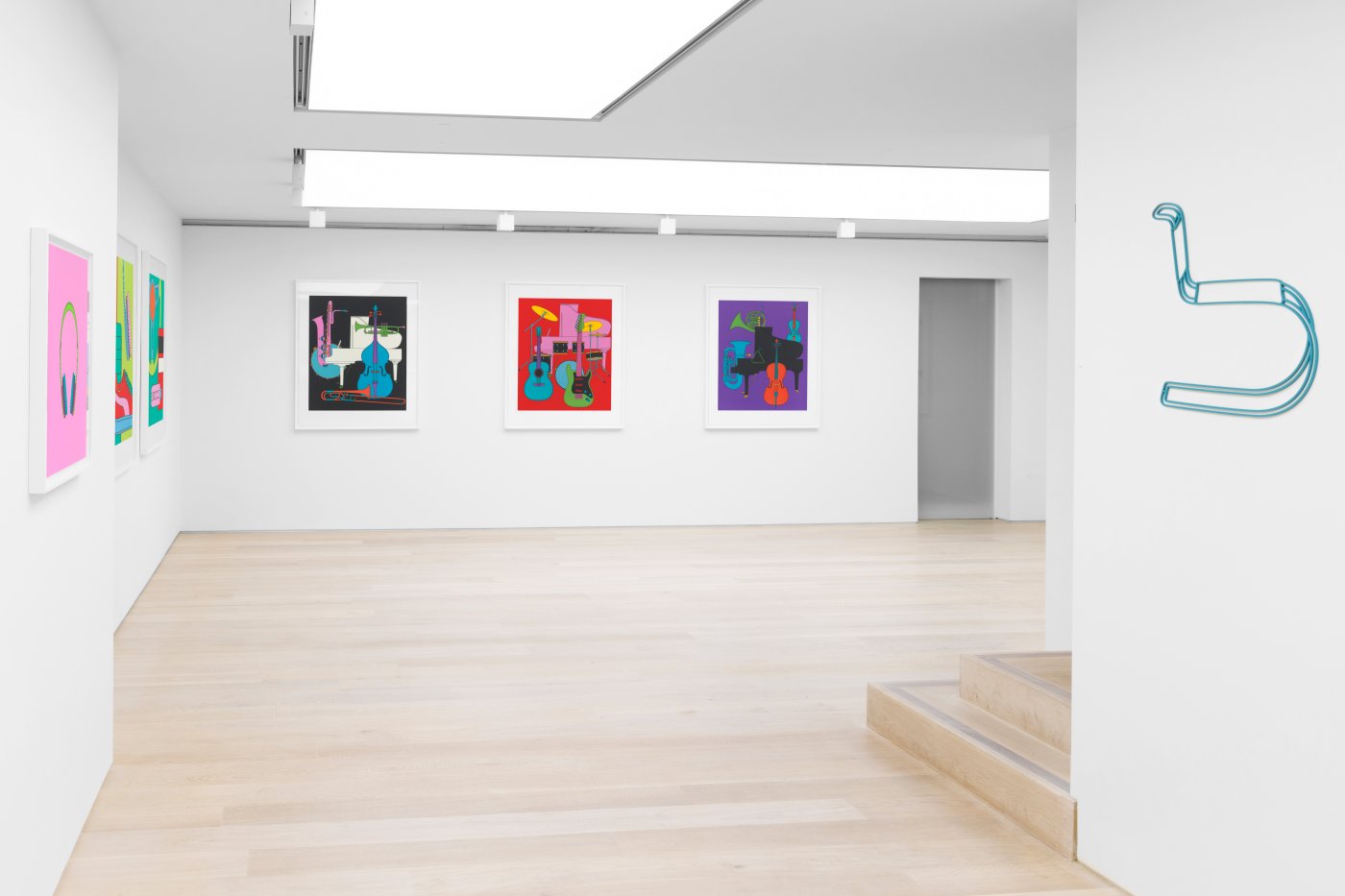 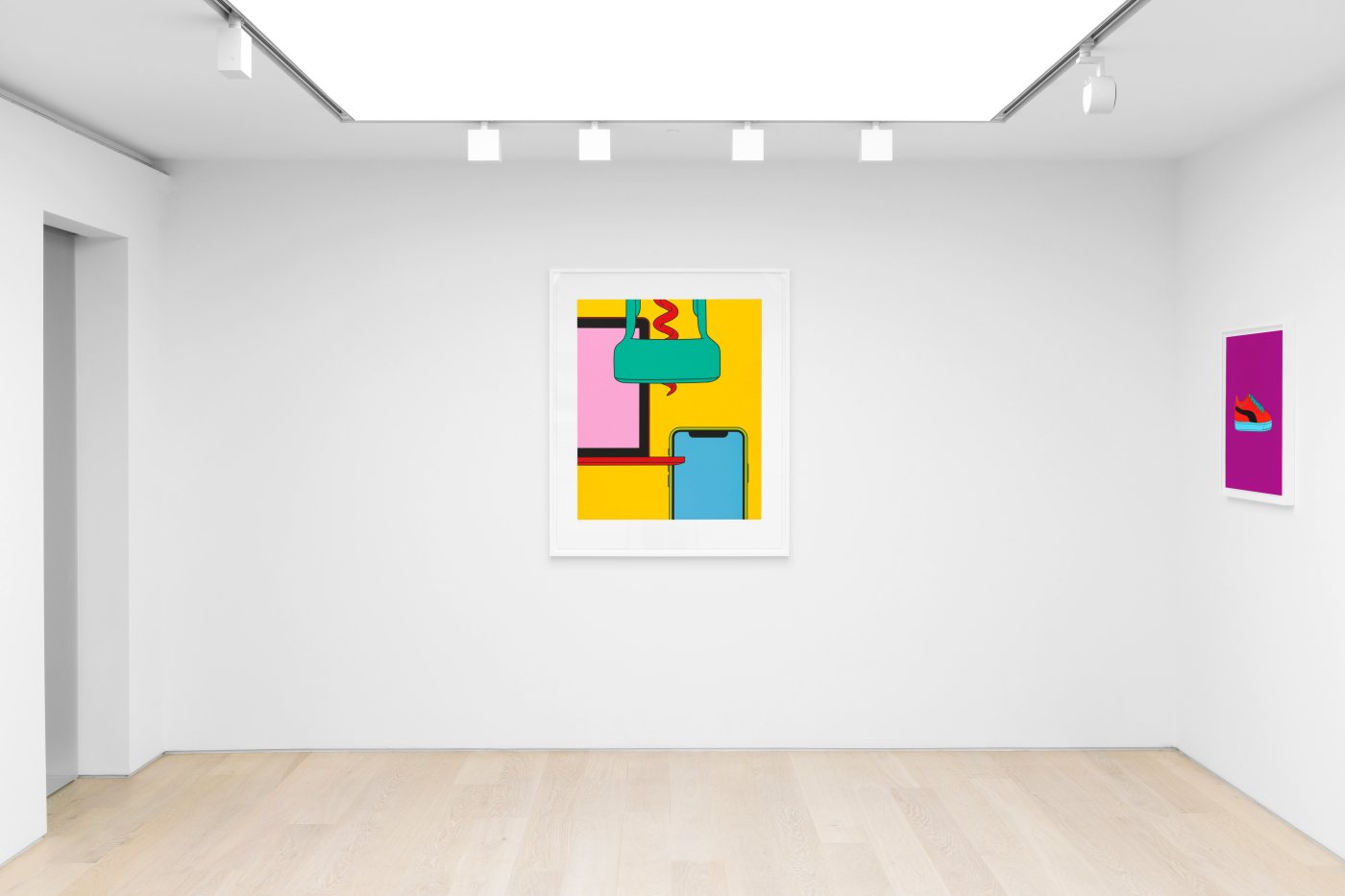 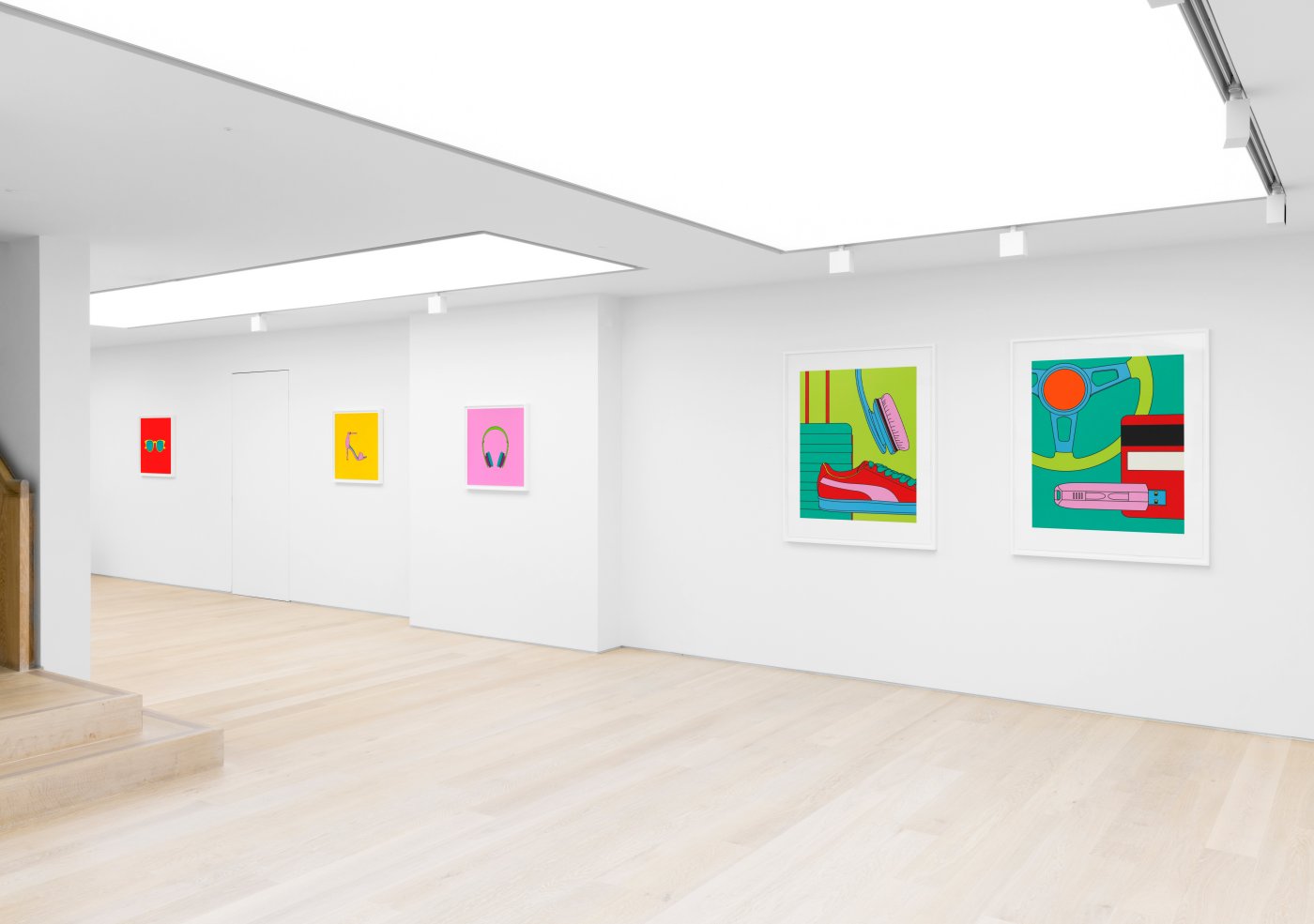 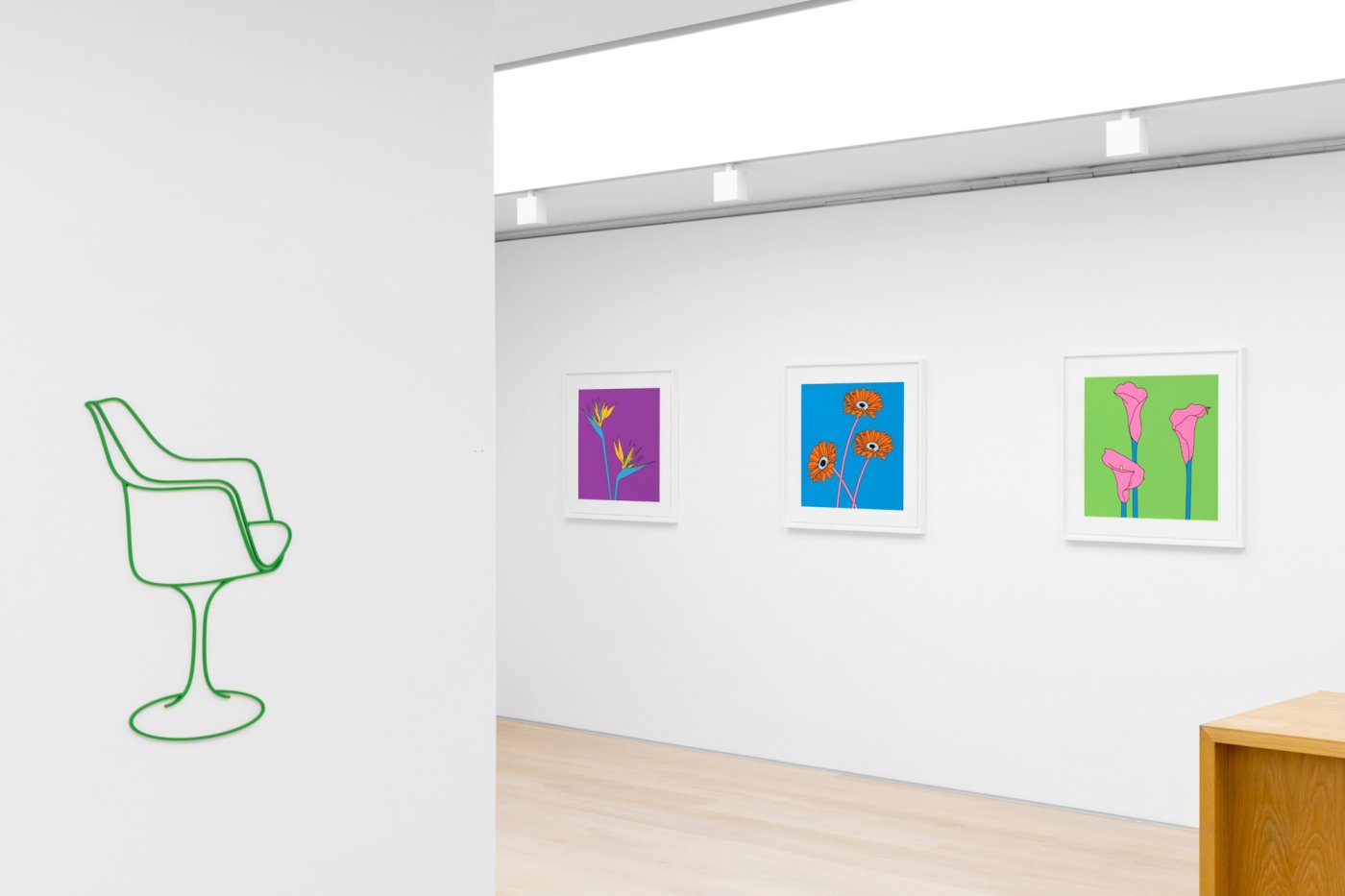 Past Present features new prints by Michael Craig-Martin (b. 1941), which pay homage to some of his favourite artists and artworks, including paintings by Leonardo da Vinci, Piero della Francesca, Georges Seurat, Caravaggio and Diego Velázquez. Craig-Martin reinterprets their imagery for the twenty-first century, deconstructing selected paintings, rebuilding and rendering them in his own distinctive style.

Craig-Martin has selected famous paintings from Western art history that sit firmly in our psyche. For each print he employs simple uninflected lines and a palette of intense colours to reinterpret his selection of subjects. This unique visual language presents each masterpiece afresh.

For The Ambassadors, painted by Hans Holbein the Younger (1533), our eyes are drawn to the half-obscured crucifix in the top left corner and to the shelves displaying objects of the sciences and the arts; a terrestrial globe, a celestial globe, a quadrant, a polyhedral sundial, various books and rolled documents, and a lute. Although the subjects of works from this period concentrated primarily on portraiture or religion, artists also depicted recognisable aspects from their own world and that of the viewer.

Craig-Martin selected Leonardo da Vinci’s Mona Lisa (1503) for its uniquely iconic status. He presents the image anew, providing the viewer an opportunity to discover details they may not have seen before, such as the low wall behind the Mona Lisa which suggests that she is sitting on a balcony or terrace, and a small section of road behind her that dissolves into the landscape. In three different prints, Craig-Martin replaces the original colours with his familiar palette.

For Diego Velazquez’s Las Meninas (1656), which has also been referenced by artists including Picasso and Richard Hamilton, Craig-Martin creates a simplified version, which omits some of the figures. He also offers us three versions of a painting that has always fascinated him; Georges Seurat’s Bathers at Asnières (1884).

Further works include a depiction of Piero della Francesca’s highly complex painting The Flagellation of Christ (1468-70), which Craig-Martin presents in the same size as the original; three alternative representations of Caravaggio’s Bacchus (1596); and four different renderings of the Dutch seventeenth-century church interior, Sint-Odulphuskerk in Assendelft (1649), by Pieter Saenredam, in which Craig-Martin has removed the scattering of tiny figures that are seen in the original, presenting an almost modernist interior.

Past Present is Craig-Martin’s homage to these artists.