Following the major retrospective dedicated to Michael Biberstein (Solothurn, Switzerland 1948 – Alandroal, Portugal 2013) by Delfim Sardo at Culturgest Lisbon in 2018, the gallery presents Seeing, a new exhibition of the artist’s paintings and works on paper. The Swiss-American artist had chosen Portugal as his adopted country for forty years, and considered himself to be Portugese. 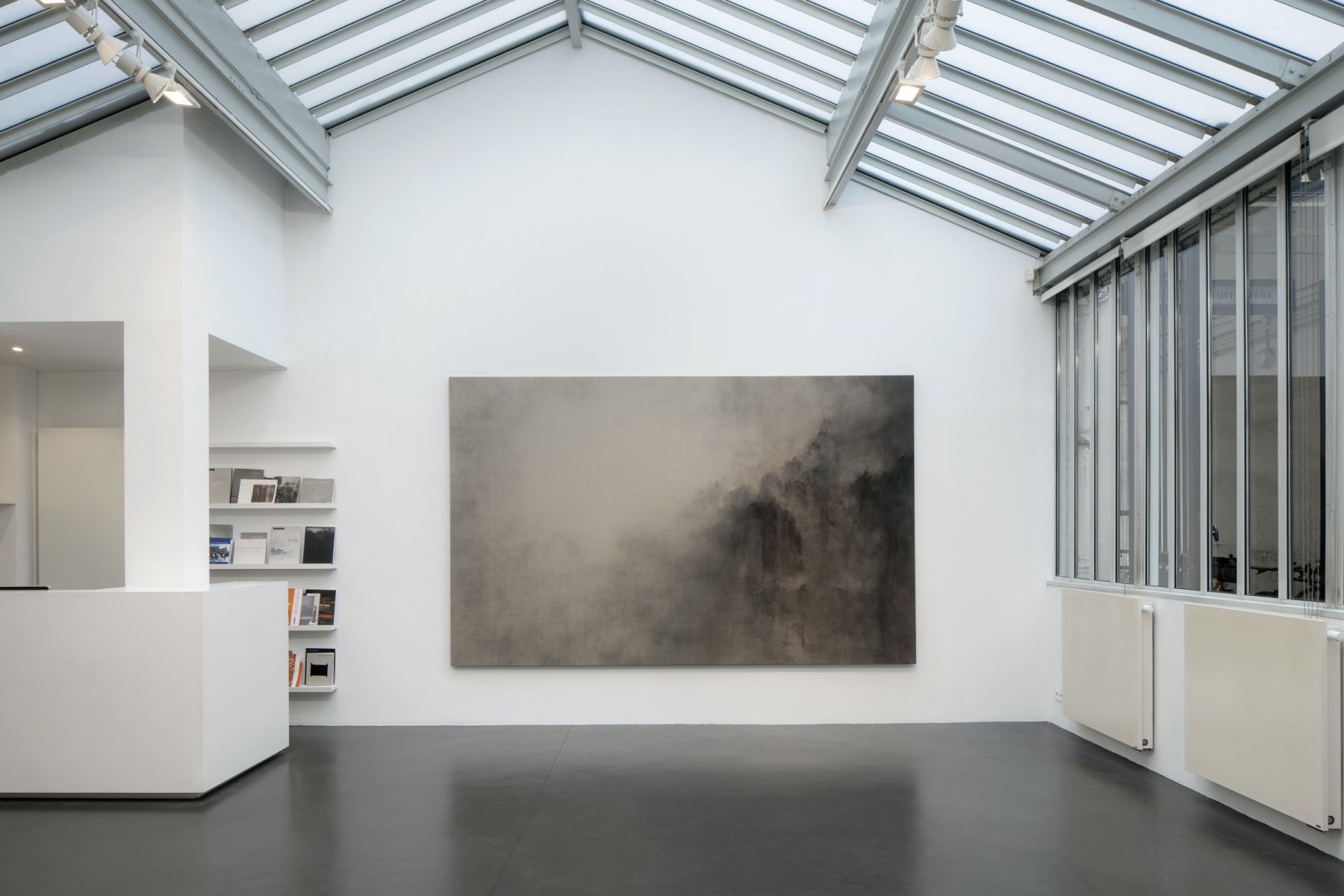 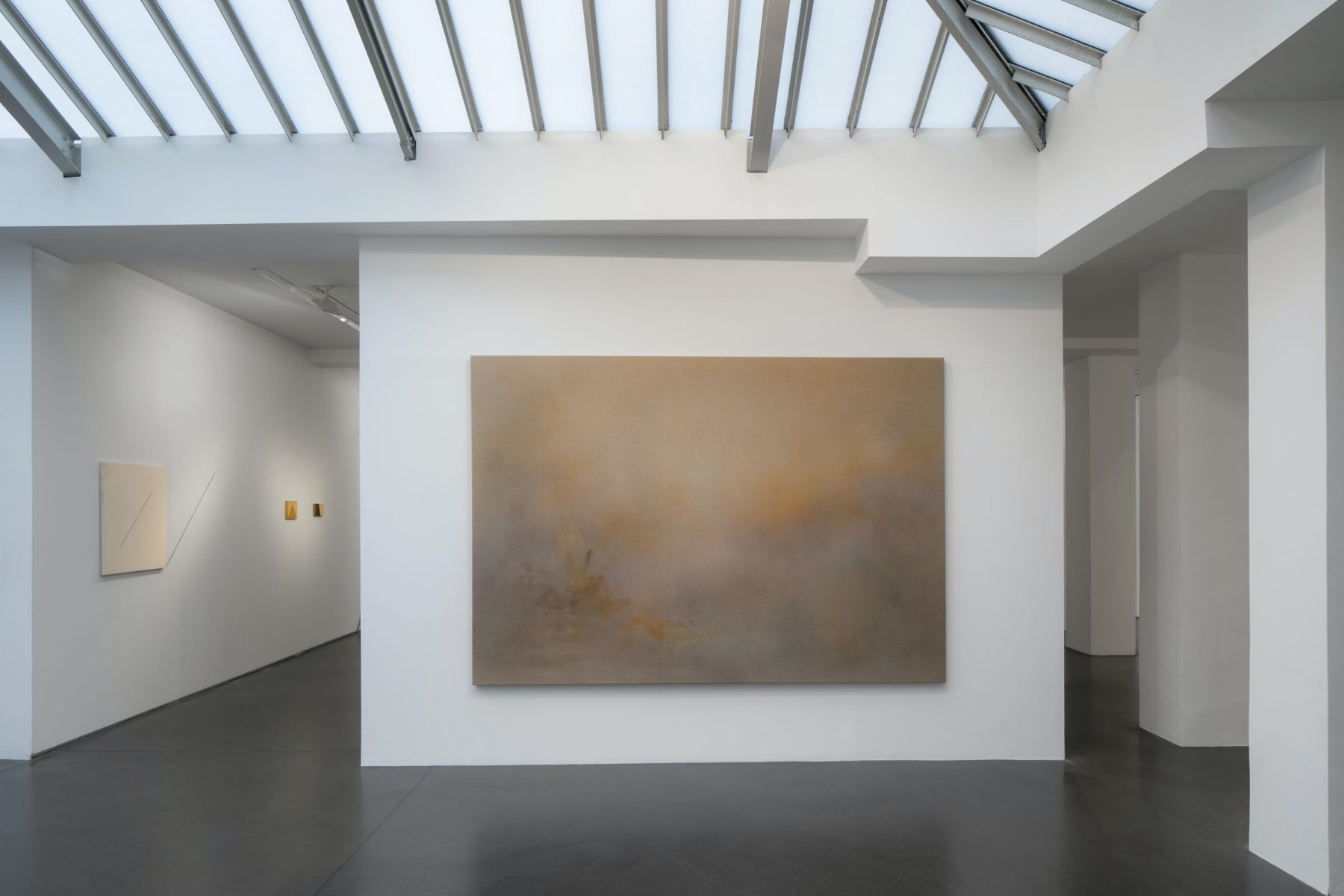 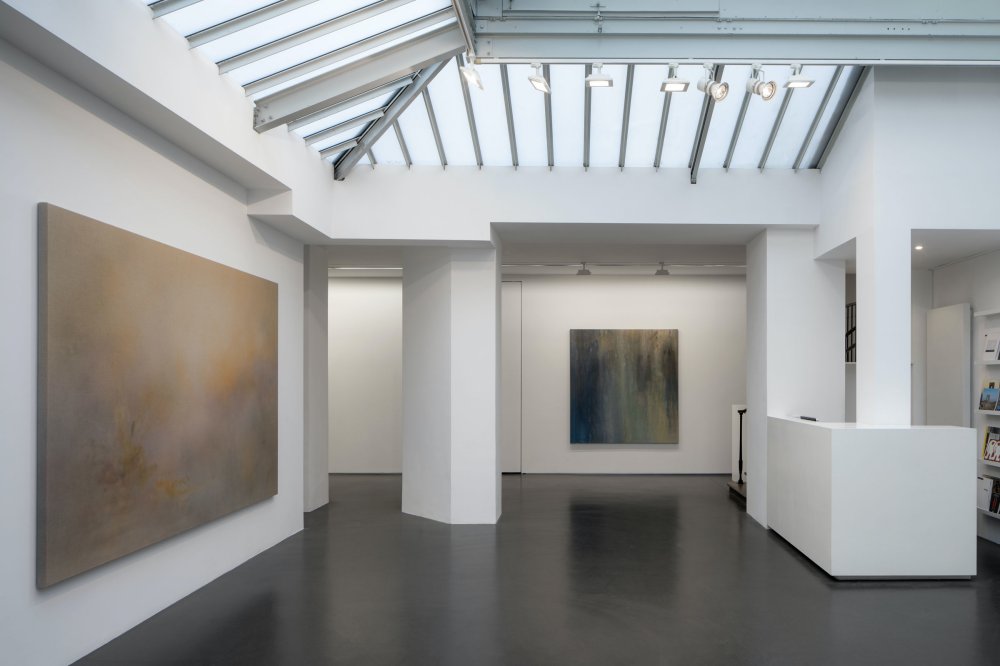 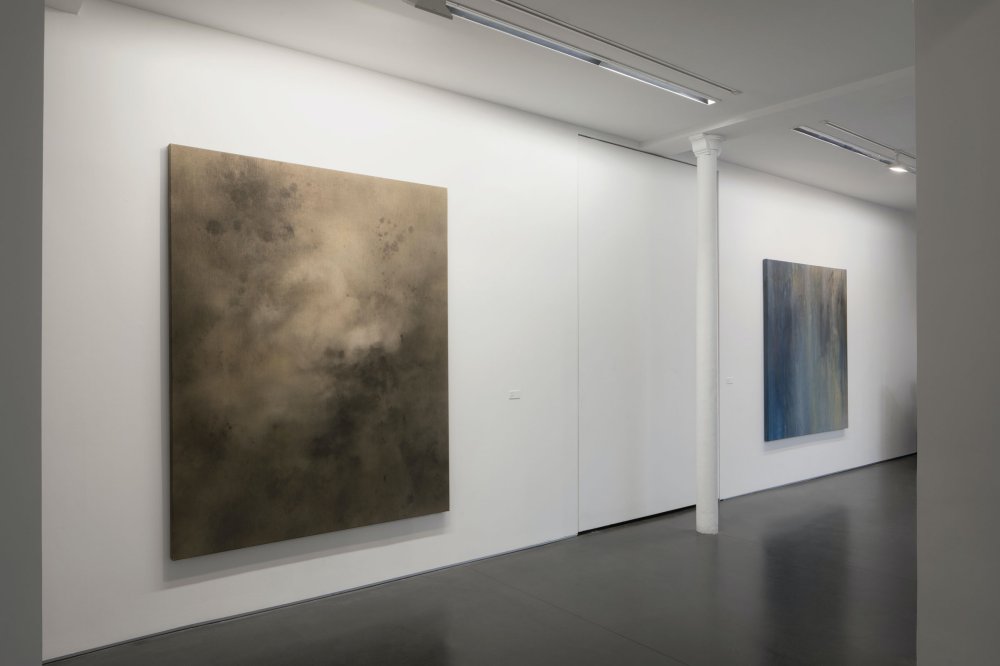 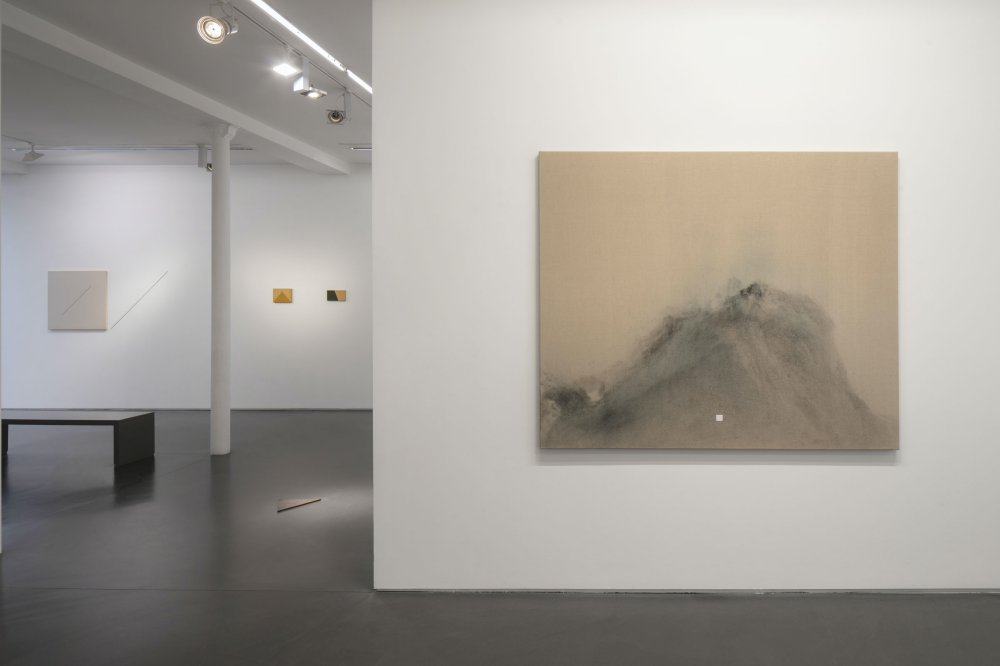 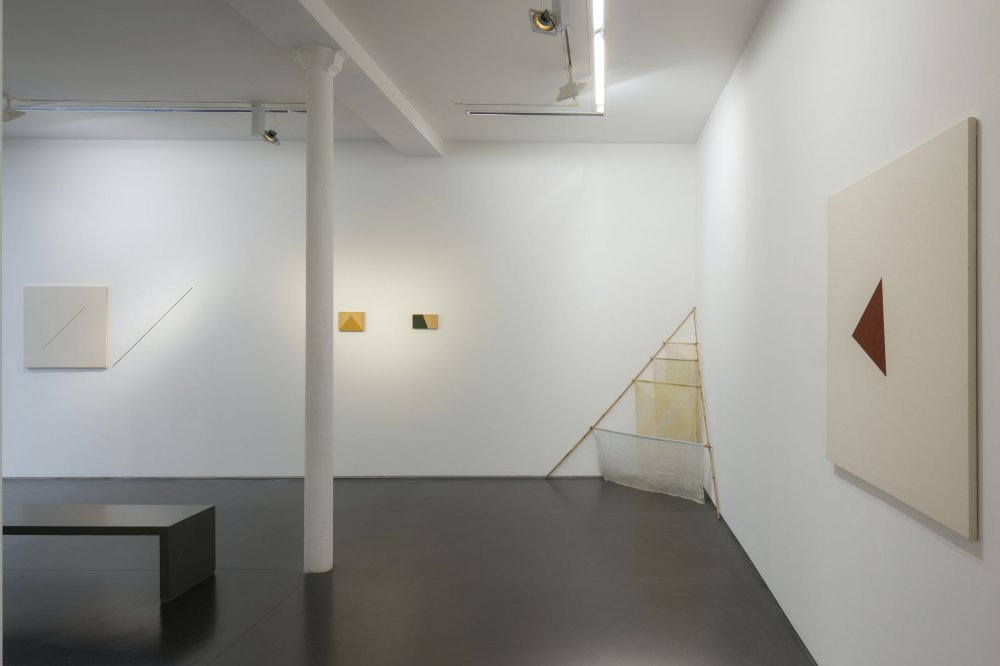 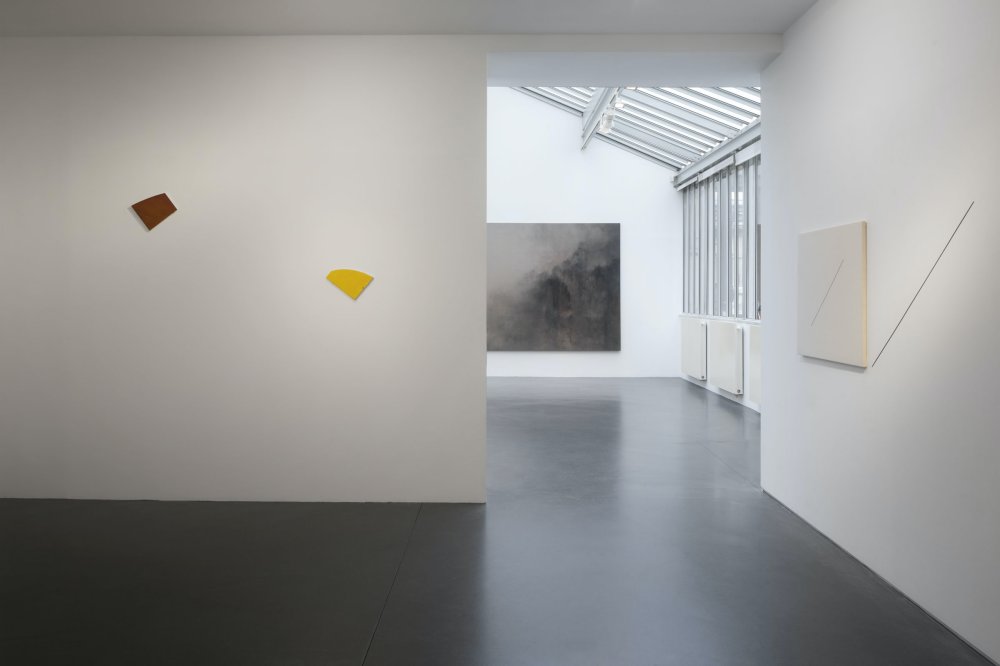 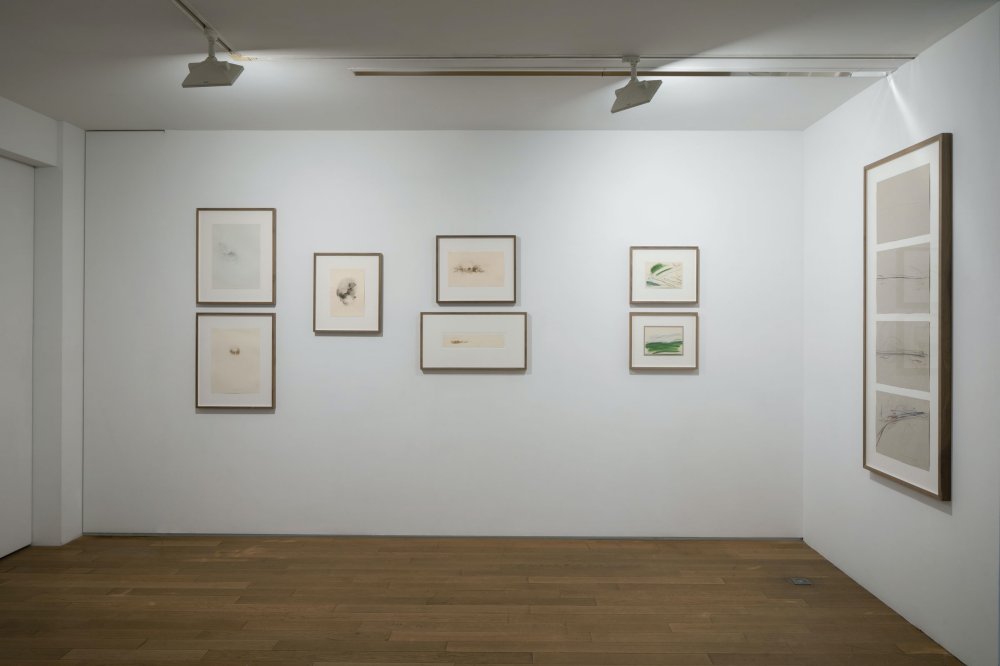 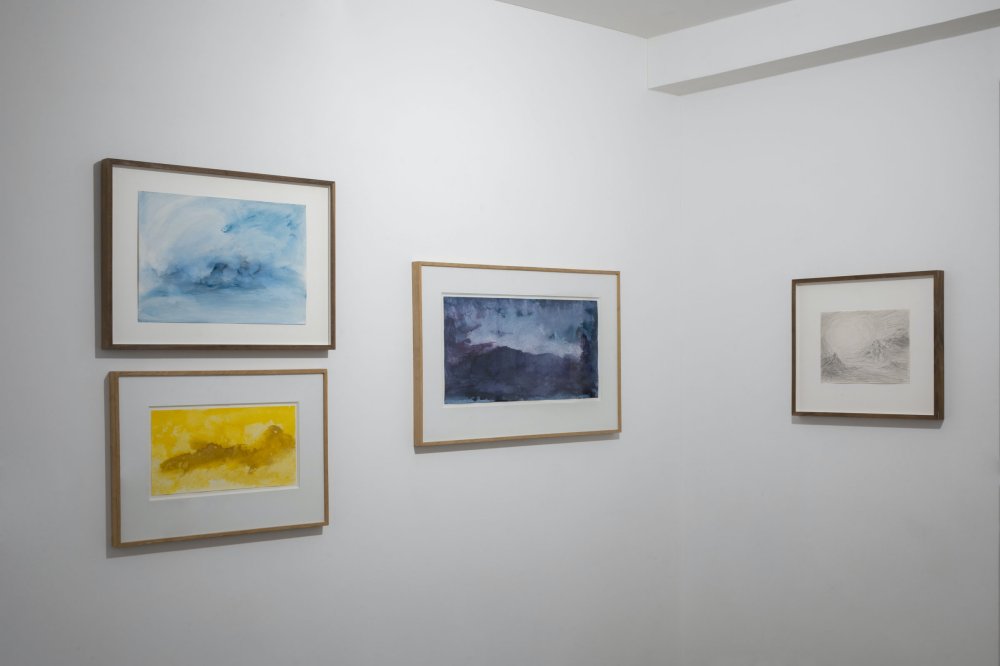 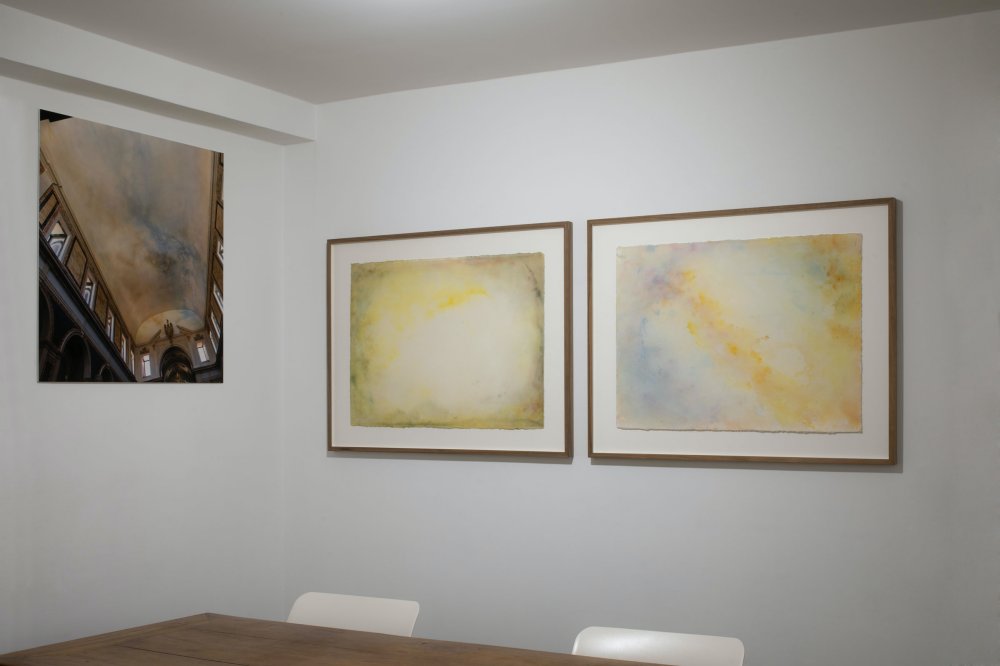 From April 2 to 5, 2020, a selection of the artist’s key works will also be on display during Art Paris at the Grand Palais, which focuses on artists from the Iberian Peninsula.

This new exhibition offers a deeper look at the various stages of Biberstein’s artistic life, from the deconstrutions of painting in the 70s, when the very structure of his art was perceived as a system of signs, to his long and meticulous pictorial research starting at the end of the 80s, which was entirely focused on the physiologic and psychologic effect of the sublime on the human. This inquiry was indissociable from the experience of his own artistic creation, which culminated in the painting of his Sky, created for the immense ceiling of the Santa Isabel church in Lisbon in 2016.

As the curator Delfim Sardo writes in his text on Biberstein’s work, Michael Biberstein forged in his œuvre a rare link between the practice of painting, the use of a conceptual language coming from analytical philosophy, and a focus on landscape coming from the very process of painting, emanating from an educated and historically-engaged perspective, through the rehabilitation of a very specific understanding of contemplation. Biberstein began his studies of art history with David Sylvester in Philadelphia. Meeting Sylvester had a large and decisive influence on Biberstein, and he quickly absorbed Sylvester’s philosophy, according to which painting couldn’t be experienced through theory but only through practice. His initial discovery of Mark Rothko’s work was a revelation, and was followed by discoveries of Caspar Wolff, William Turner and Caspar David Friedrich. After having initially analyzed and decomposed the creative process of painting, through major works exhibited in our show: installations composed of bamboo alternating spaces and cracks of thin layers of canvas, installations exploring the polarized relationship between floor and wall or the outline of a shape, or again the Prospect/Refuge series from the 1980s, or that of the predella (in a reference to Medieval painting), monochromes reinforcing contemplative landscapes side by side, Michael Biberstein systematically includes the viewer in the space of his work, either so that he/she amplifies the work and gives it a new horizon, or, on the contrary, so that he/she finds shelter and feels safe therein.

Biberstein was also interested in Paleochristian art, in the architecture of Roman churches, and in Baroque painting, more specifically that of Giovanni Battista Tiepolo. These sacred spaces, which he would visit over and over again, became one of the major subjects of his work, in spite of his militant agnoticism. In Portugal at the end of the 1970s, first in Sintra and then in Alentejo (where he would reside for more than 40 years), Biberstein found the atmosphere conducive to his practice of painting.

Biberstein’s ethereal landscapes show the influence of Vernet’s, Friedrich’s, Turner’s, Monet’s, Cézanne’s and Rothko’s landscapes, but are also reminiscent of the best eastern landscape paintings. Built from the patient juxtaposition of subtle chromatic nuances in acrylic paint that change with the fluctuations of light, these spatial vibrations and chromatic respirations invite the viewer to enter into a “widened field” of Landscape, with the goal of having us experience a vision of the Sublime. By inviting the viewer’s eye to wander physically through his canvas, Biberstein summons the viewer to plunge into his canvas’ landscape so as to give an experience of the Sublime and the mystery of the Unknown. The pictorial “events” are so intense in Biberstein’s work that they transform the very experience of looking. “What matters is not the work itself, not the painting, but what goes on in our head when we look,” said Biberstein in a conversation with Delfim Sardo in 2001. Painting is a metaphysical quest. His canvases are evanescent; there are no specific shapes to be made out, no hint of reality. We are facing his quest for a landscape, or rather the possibility of a sublime landscape. The viewer is submerged in immensity and the sublime, at the heart of space, beyond any temporality. Biberstein does not represent the landscape but creates a visual field that becomes a potential landscape.

It is certan that his countless skies and meditative landscapes fueled his conception of the ceiling of the Santa Isabel Church (1742) in Lisbon, to which Biberstein dedicated almost four years of his life. Incomplete upon the artist’s sudden death in 2013, the decision to realize this major work was made with the full support of the gallery during a 2014 fundraising exhibition entitled A Sky for Michael Biberstein.

In 2016, for the unveiling of the ceiling of the Santa Isabel Church painted by the artist, the Árpád Szenes – Vieira da Silva Foundation, in collaboration with the gallery, orgnized a presentation of some of Biberstein’s sketches for the church’s ceiling entitled Estudos para um Céu, as well as never-seen before works on paper and a model of the interior of the Santa Isabel church on a 1/75 scale, realized by Appleton and Domingos Arquitectos. The gallery then dedicated the exhibition Paysage en apothéose to Biberstein, displaying works that had rarely or never been shown before and that had been discovered in his studio after his death. The gallery also published a catalogue dedicated to his drawings in collaboration with Nicholas Turner, curator at the J. Paul Getty Museum, with the goal of preparing a catalogue raisonné of the artist’s work. This new exhibition Seeing aims to push further the act of Seeing.