Parafin presents a new exhibition by Melanie Manchot, her second with the gallery. Alongside, the gallery brings a solo presentation of Manchot’s photographic work to Photo London at Somerset House (12–15 May 2022). 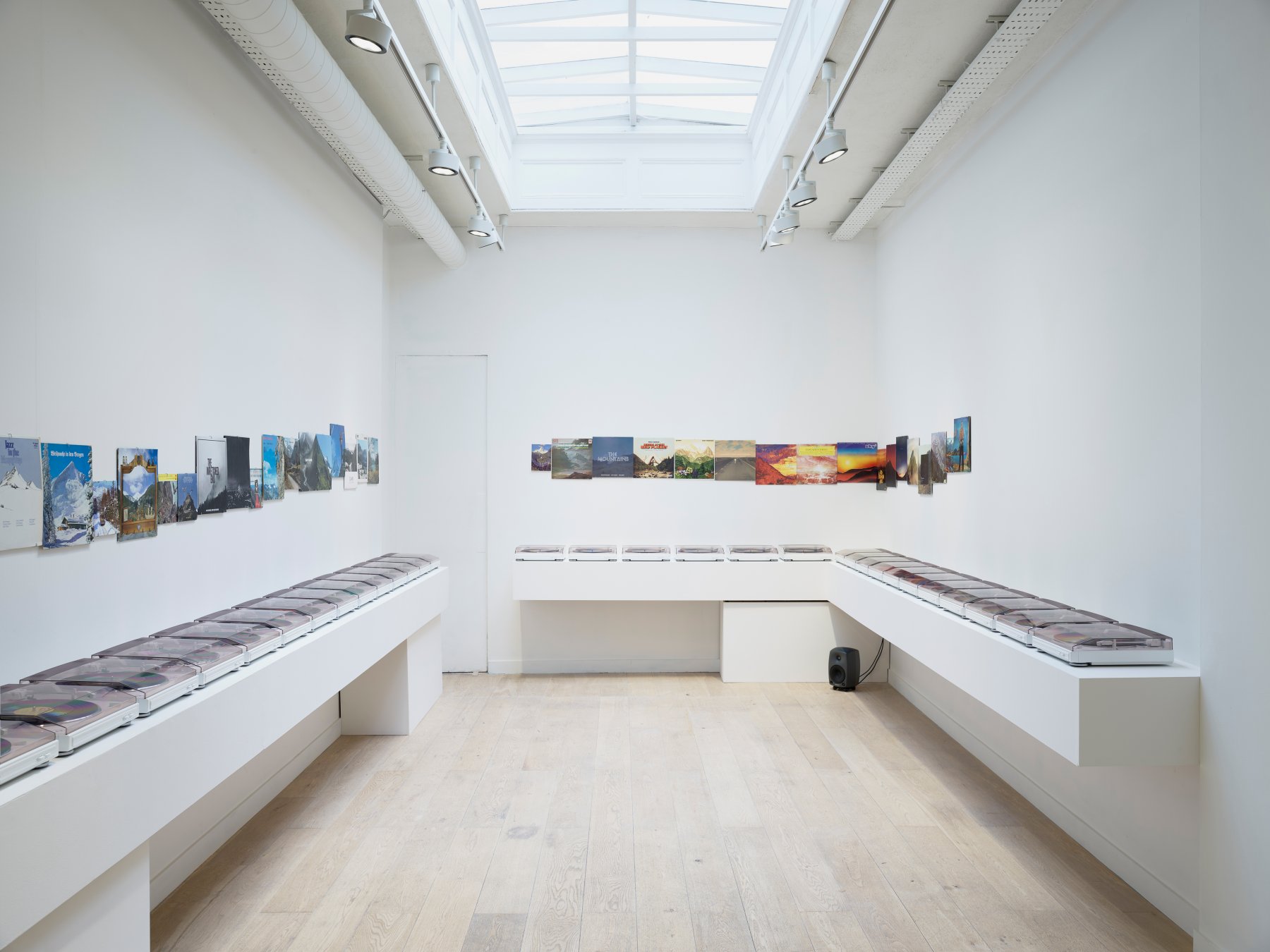 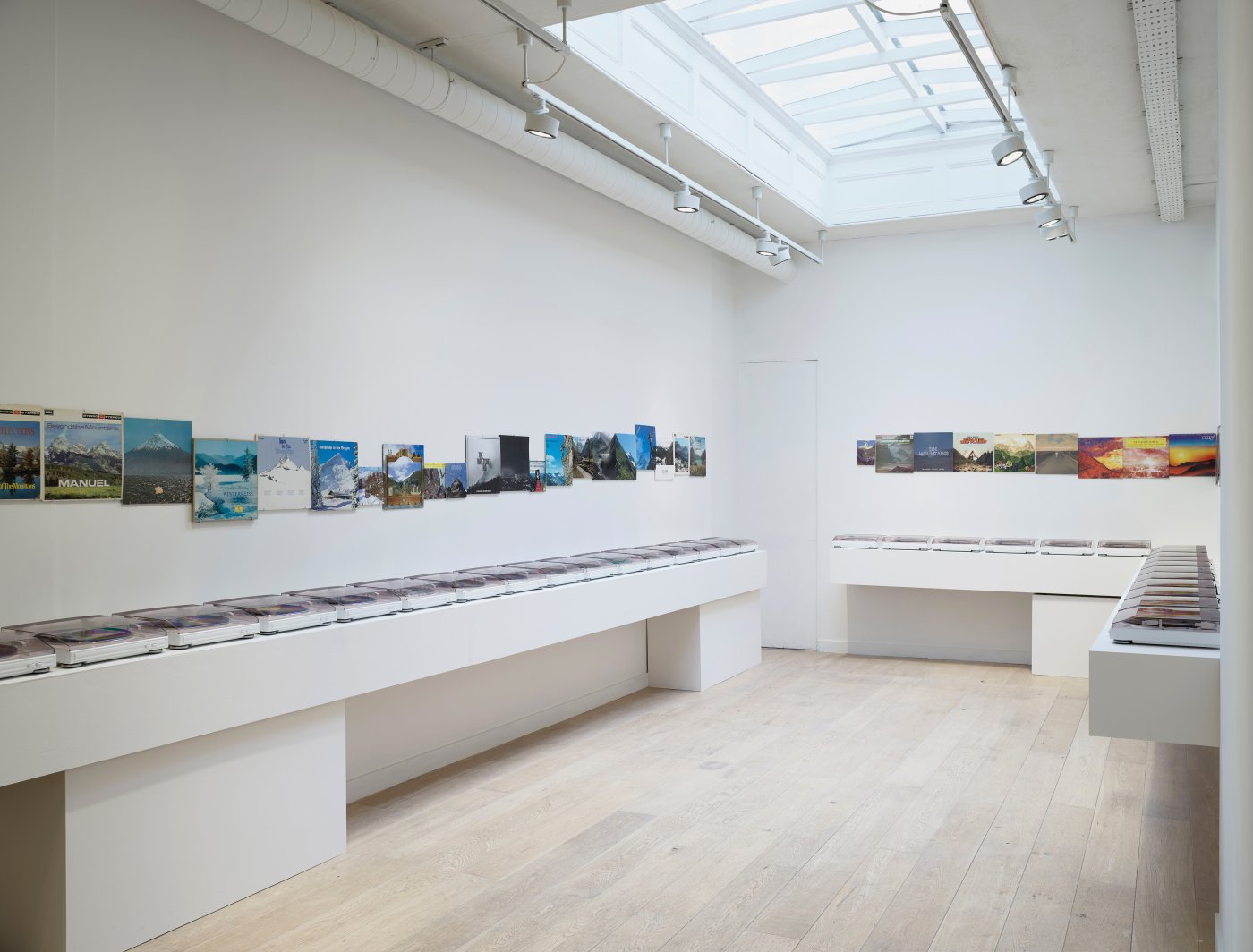 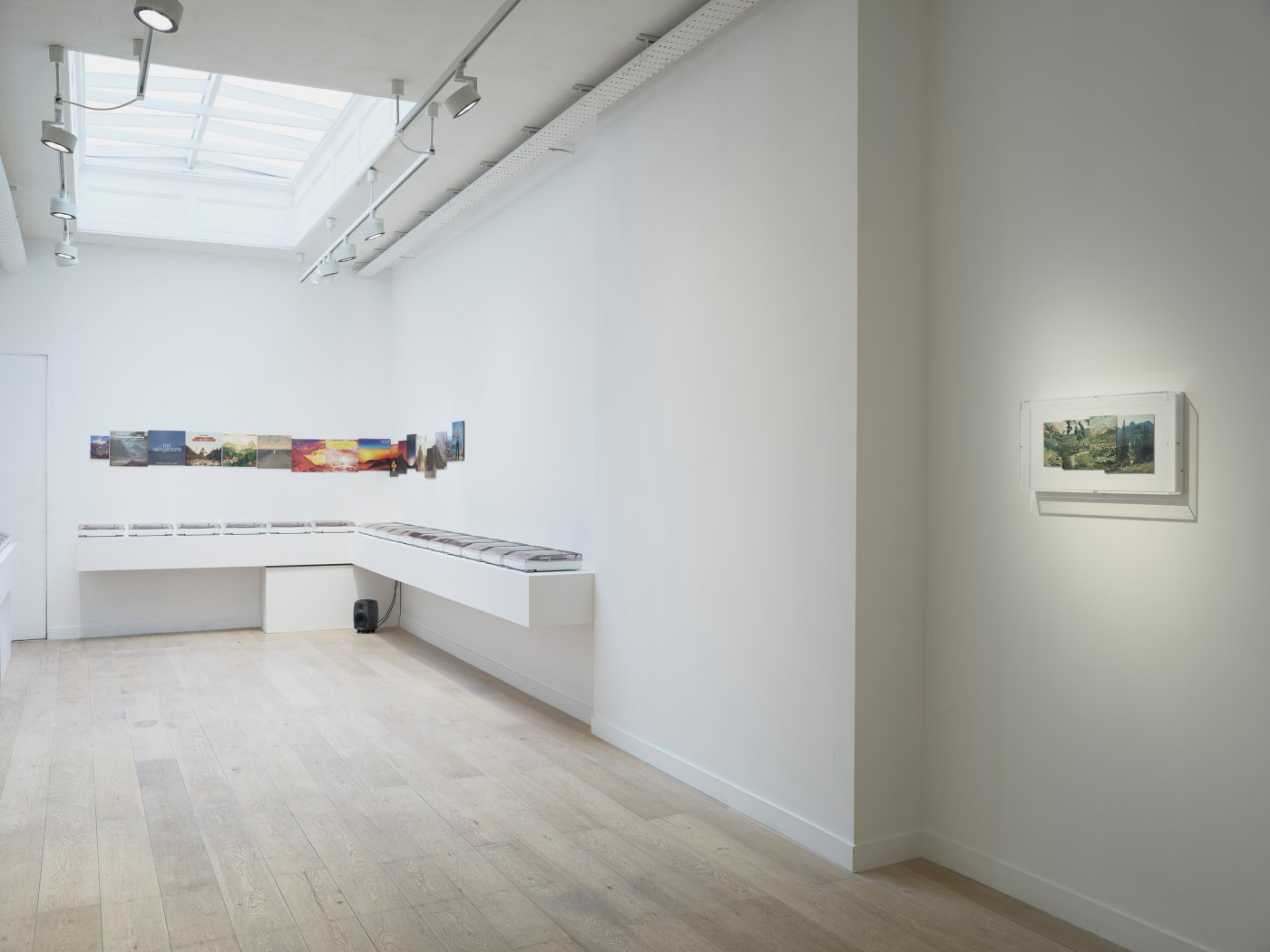 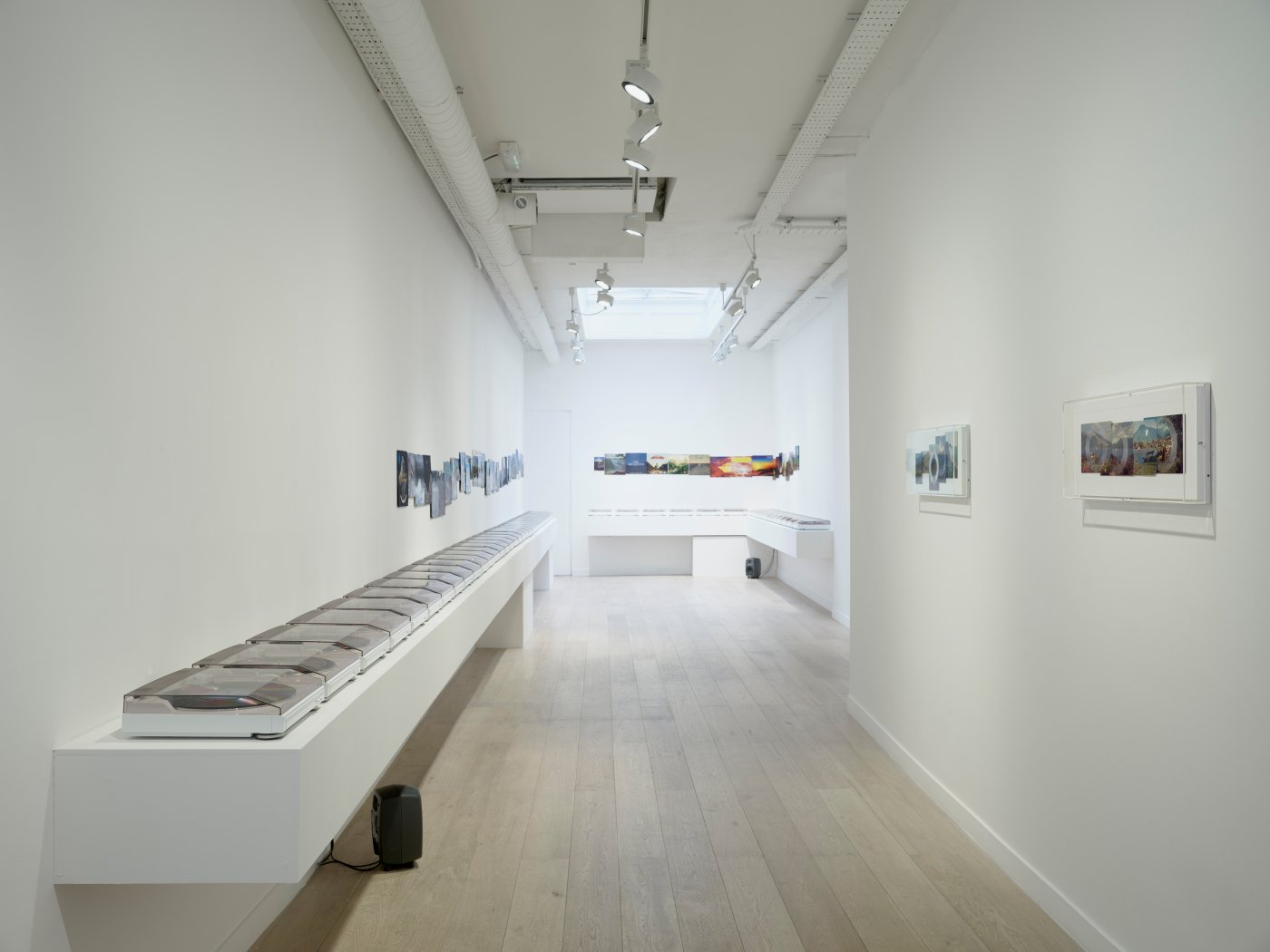 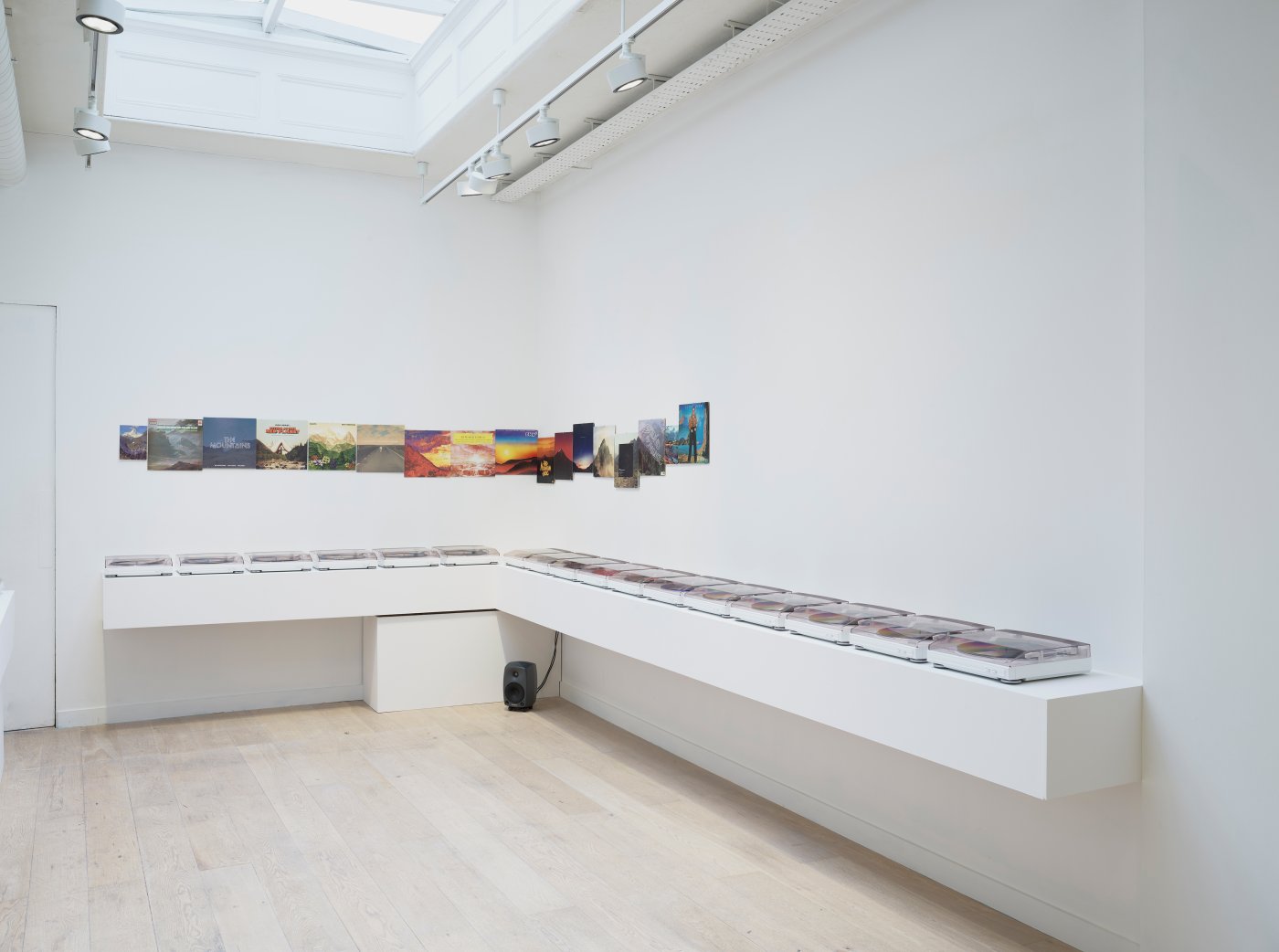 Melanie Manchot’s diverse and research-driven practice employs photography, video, film and sound. Her long-standing areas of enquiry range from portraiture to participation and performance-to-camera, to raise questions on our individual and collective identities, often in relation to how these are conditioned by socio economic and locational factors. These concerns have informed her continued commitment to considering mountains as specific psychological, ecological and physical entities to reflect upon our changing place in an increasingly mediated world. Situated at the threshold between the documentary and staged events, Manchot’s work frequently involves an engagement with strangers.

At Parafin, Manchot will stage Alpine Diskomiks (2019), a major installation first shown in her solo exhibition at the Kunsthaus Centre d’art Pasquart, Biel in 2019. The 20-metre-long installation comprises 50 turntables and a frieze of album covers depicting mountain landscapes. The records are set spinning one after the other, according to the length of their content. At first, we hear an atmospheric mix of electronic sounds and drums. This track, with a running time of 19 minutes, defines both the beginning and end of the sound installation. Gradually, the other turntables join in, their music superimposed on the tracks already playing, mixing together genres from classical, 1970s pop and rock, experimental electronica, folk music to death metal. What these records all have in common is the mountain motifs that adorn their covers, which Manchot has arranged to form a continuous mountain skyline. The audio work culminates in a deafening cacophony, an intense and overwhelming soundscape, like an avalanche of sonic events, that has the effect of melding the individual pieces of music together and disorientating the listener. Then, having reached the acoustic peak, the individual soundtracks gradually subside again until only the original music is heard and a sense of orientation gradually returns.

Alpine Diskomiks subverts the motif of the idyllic, romantic mountain landscape, suggesting, through the violent dissonance of the sounds, the tremendous natural forces that have shaped the Alps over millions of years. Through its accumulation and decay the work aims to question the cultural history of mountains, the contentious notion of the sublime and how particular landscapes might become containers for human experiences.

In the lower gallery, Manchot will present a film projection, Snowdance (2019). Deep in the night, eight huge machines trace patterns and designs into the snow. Illuminated only by their own lights, they move in conjunction, at times as pairs, then in long lines, drawing circles, figures of eight, loops. Filmed using a drone and set to an original soundtrack by composer Christof Dienz, Snowdance creates a dynamic tension between observation and staged event, between scenography and chance. Based on traditional, regional alpine folk dances, the choreography presents the machines as both cumbersome and agile, creating a luminous dance inscribed in the snow. Collaborating with a community of mountain workers, Snowdance originated through a series of conversations on the back stage of the mountain tourism, on the labour involved in making a mountain function.

Snowdance is part of Manchot’s ongoing series of ‘Mountainworks’, which forms a sustained enquiry into complex relations between landscapes, human agency and technology. The project explores the infrastructure of the mountain industries in a particular alpine valley and considers questions of maintenance and responsibility for the environments in our care.