Simon Lee Gallery presents an exhibition of new paintings on velvet by American artist Mel Bochner. This is the artist’s third solo exhibition with the gallery. 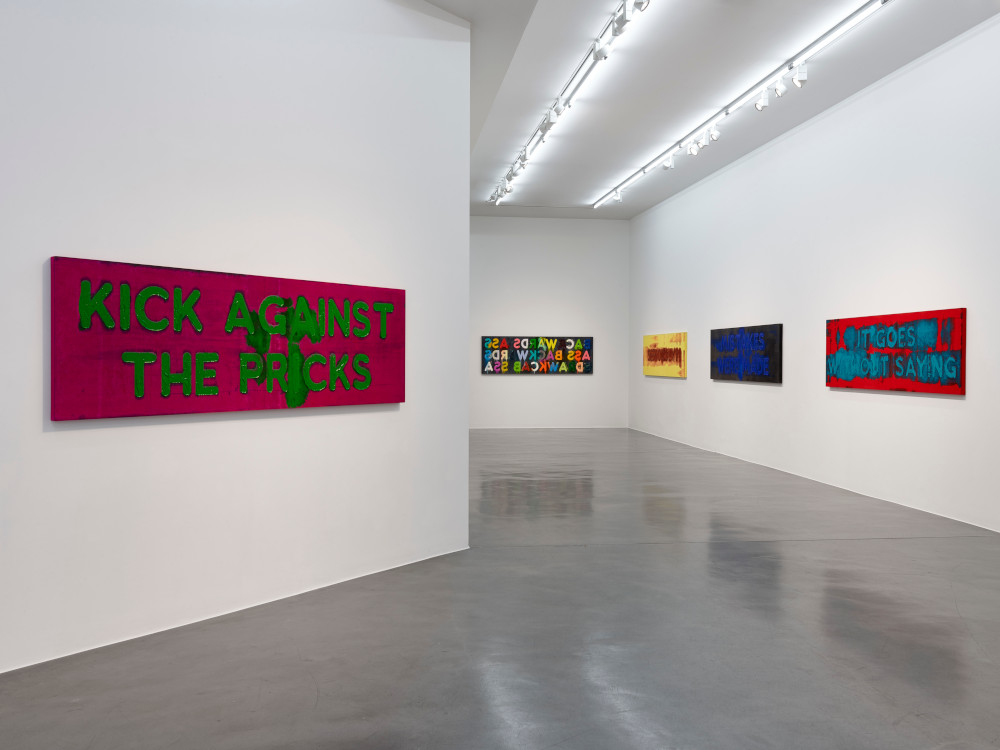 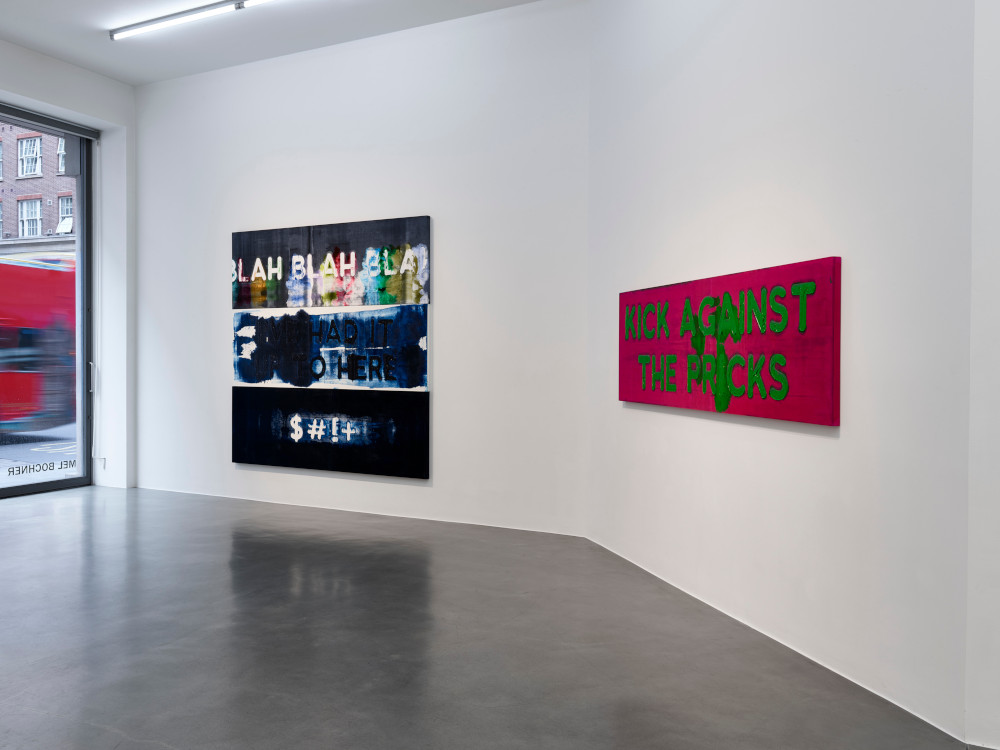 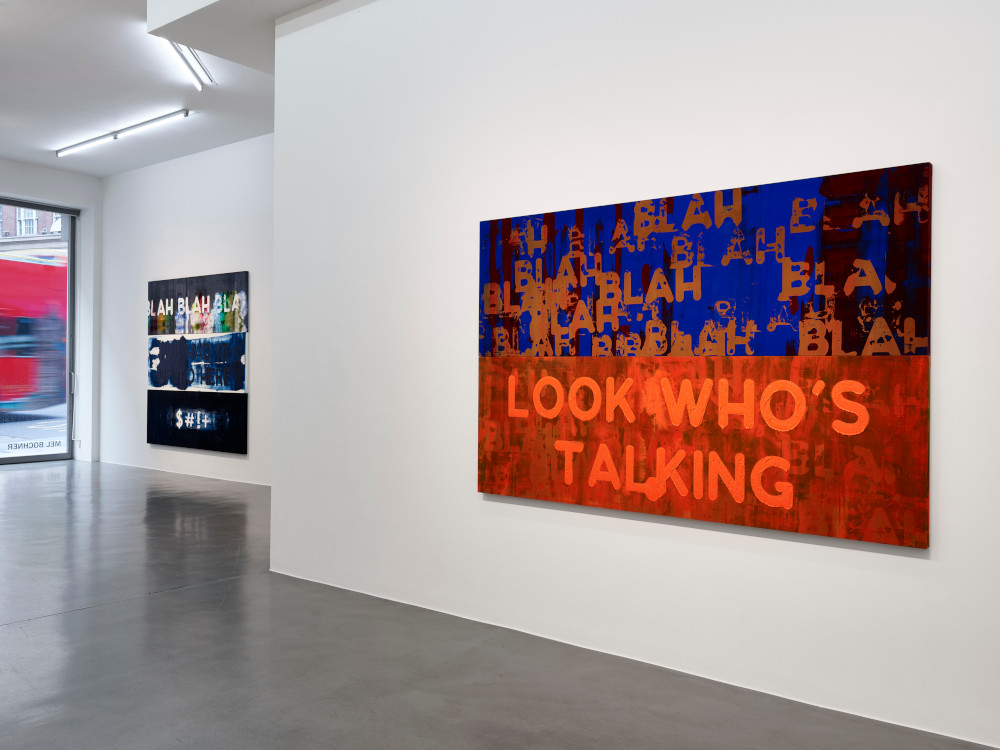 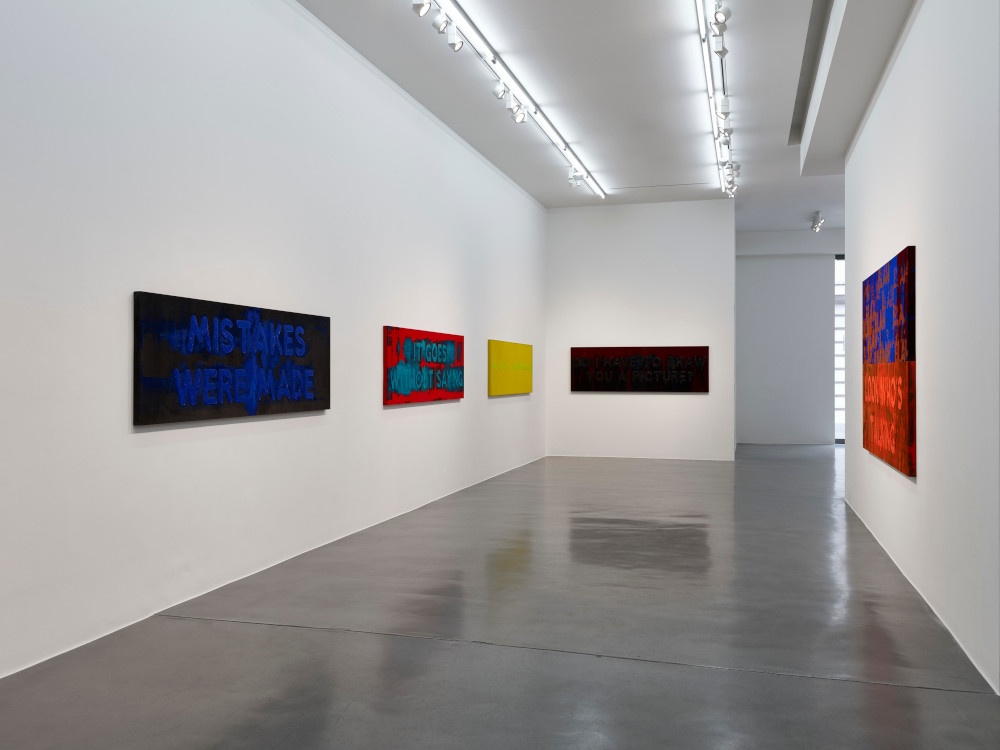 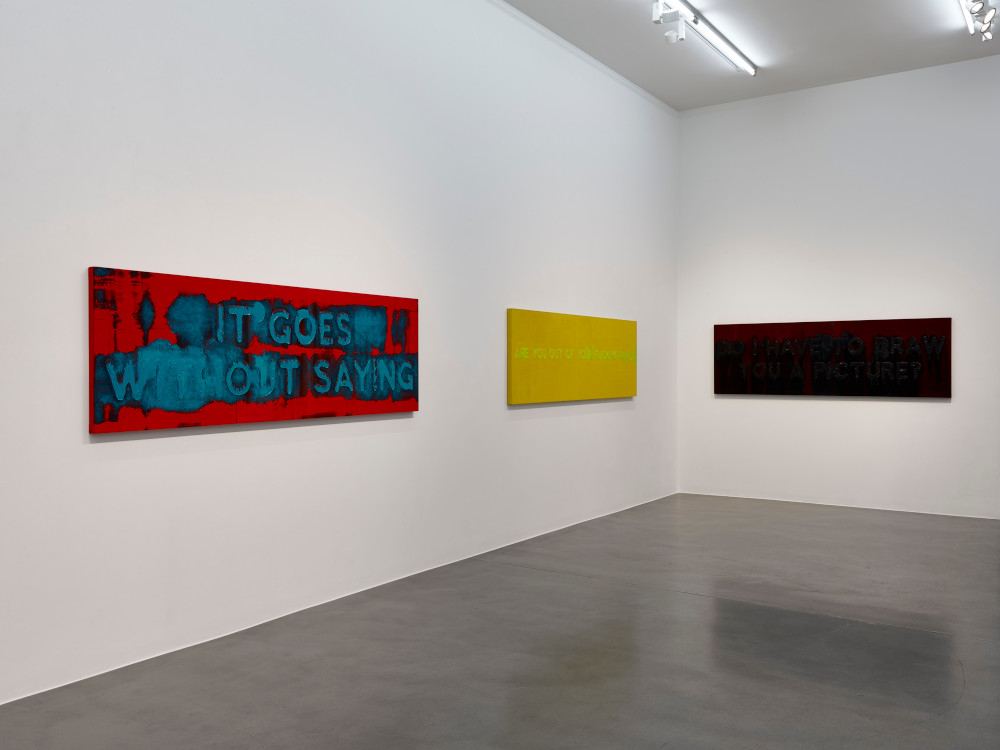 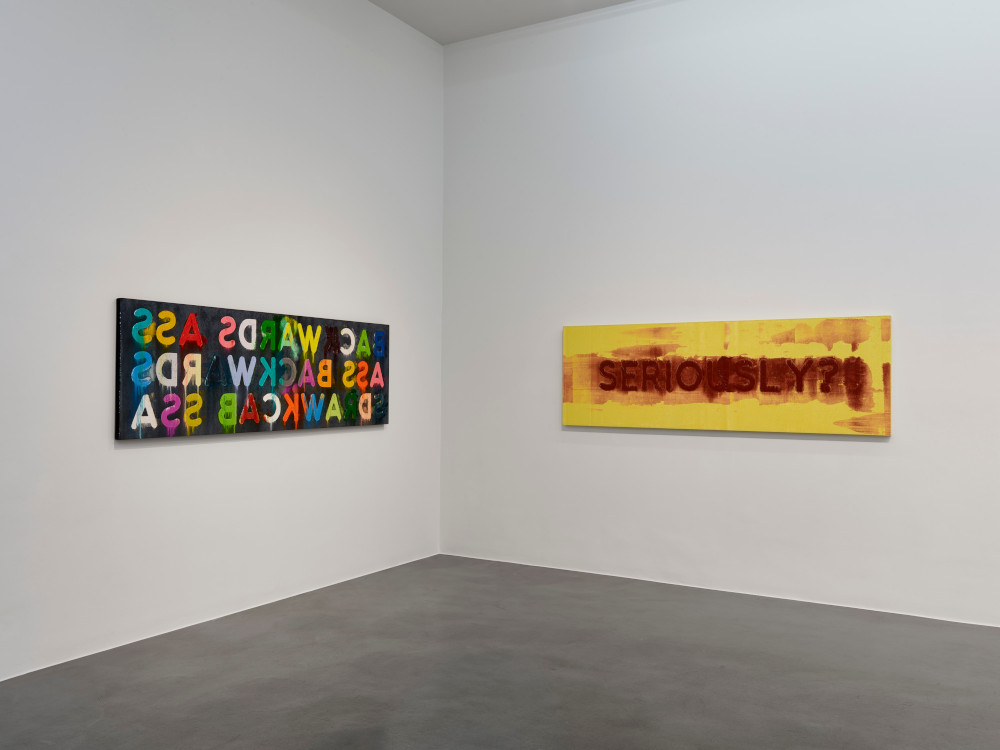 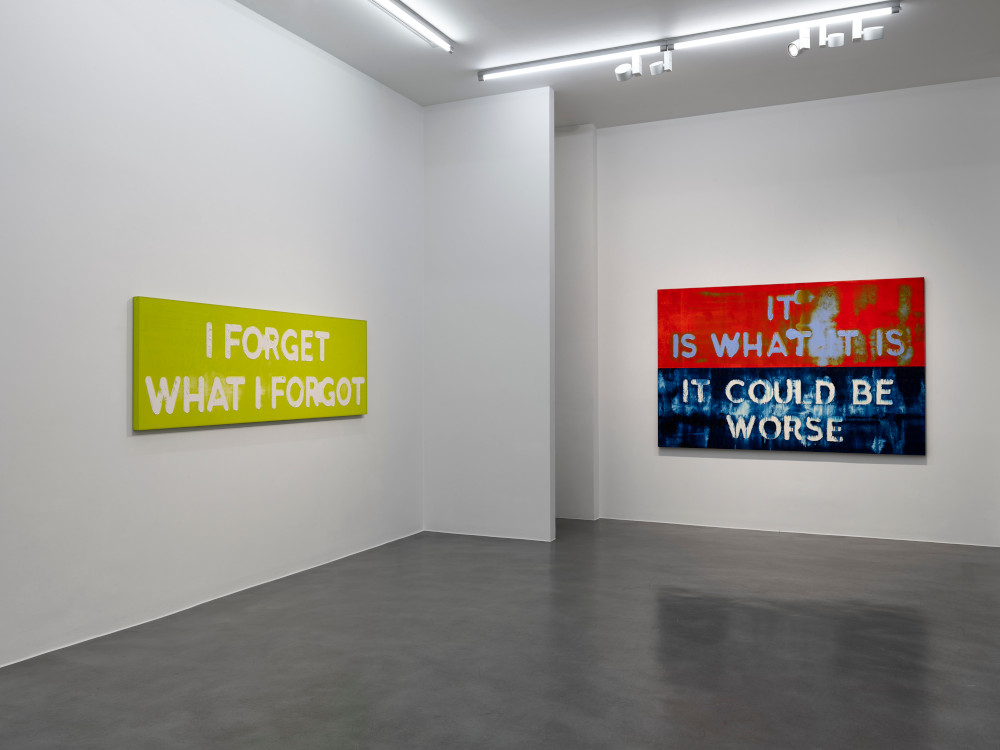 For nearly 60 years Bochner’s intellectual and material analysis of painting, photography and sculpture has yielded ground-breaking works that explore the intersection of linguistic and visual representation. As a leading figure within the conceptual and post-minimal art movements of the 1960s, he experimented in complicating the relationship between image and language. Bochner’s father was a sign-painter by trade and so from an early age the artist developed an interest in the function of painting and its potential as a method of linguistic communication. Words and language as both subject and medium form the backbone of a practice fundamentally concerned with a continual oscillation between the verbal and the visual. In recent years his conceptual practice has developed in tandem with a lush, painterly practice that investigates the interrelation of form and meaning in the visual manifestation of language. With his word paintings Bochner explores the cognitive links between looking at and reading a painting.

This new series of Bochner’s word paintings marks a radical departure for the artist. His inclusion in the 2018 Carnegie International gave rise to a new body of work that combined his signature textual interventions with a largely monochrome palette. Installed throughout the museum in often-unexpected locations the site-specific series accosted visitors with idiomatic, sometimes caustic, expressions from Bochner’s personal phrase dictionary, including ‘Do I have to draw you a picture?’, ‘I’ve had it up to here’ and ‘Are you out of your fucking mind?’ Repetition plays a major role in his work, and he often revisits the same words and phrases. In the 2019 works, Bochner explores the lexicon of the Carnegie International paintings but in a riot of colour, discarding his own strict formal protocol in favour of a liberated approach to form, colour and meaning that more closely resembles his studio painting practice. Each letter oozes with pigment, drips and smudges escaping the crisp edges of the typeface thereby emphasising the material expression of their own execution. Meaning is both enhanced and obscured by Bochner’s technique, which invites the viewer to re-consider the ways in which we interpret language and image.