Peter Freeman, Inc., presents Mel Bochner’s ninth exhibition at the gallery. Following his recent drawings retrospective at the Art Institute of Chicago (April – August 2022), this is a survey of paintings executed on various surfaces—canvas, velvet, paper, and directly on the wall. 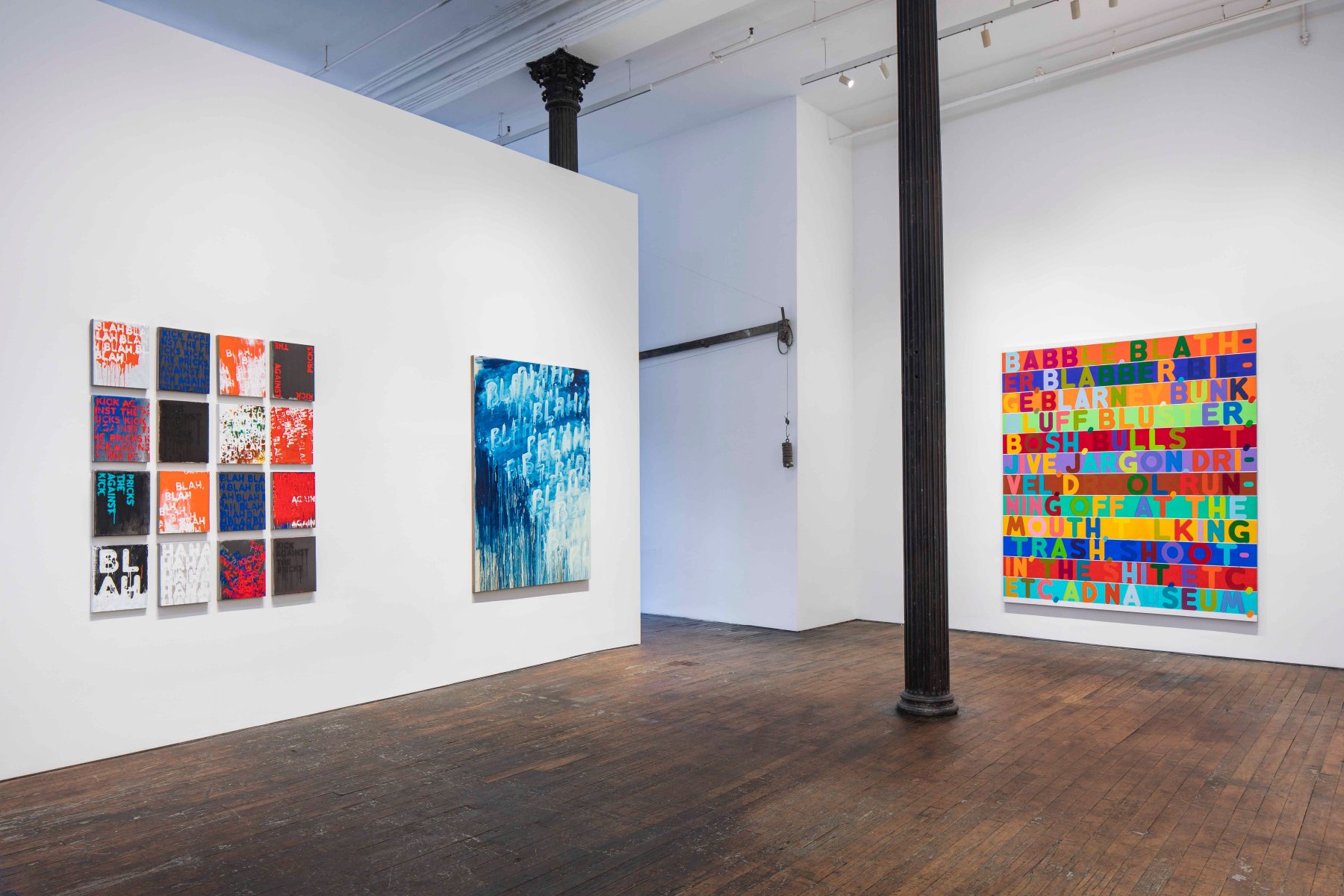 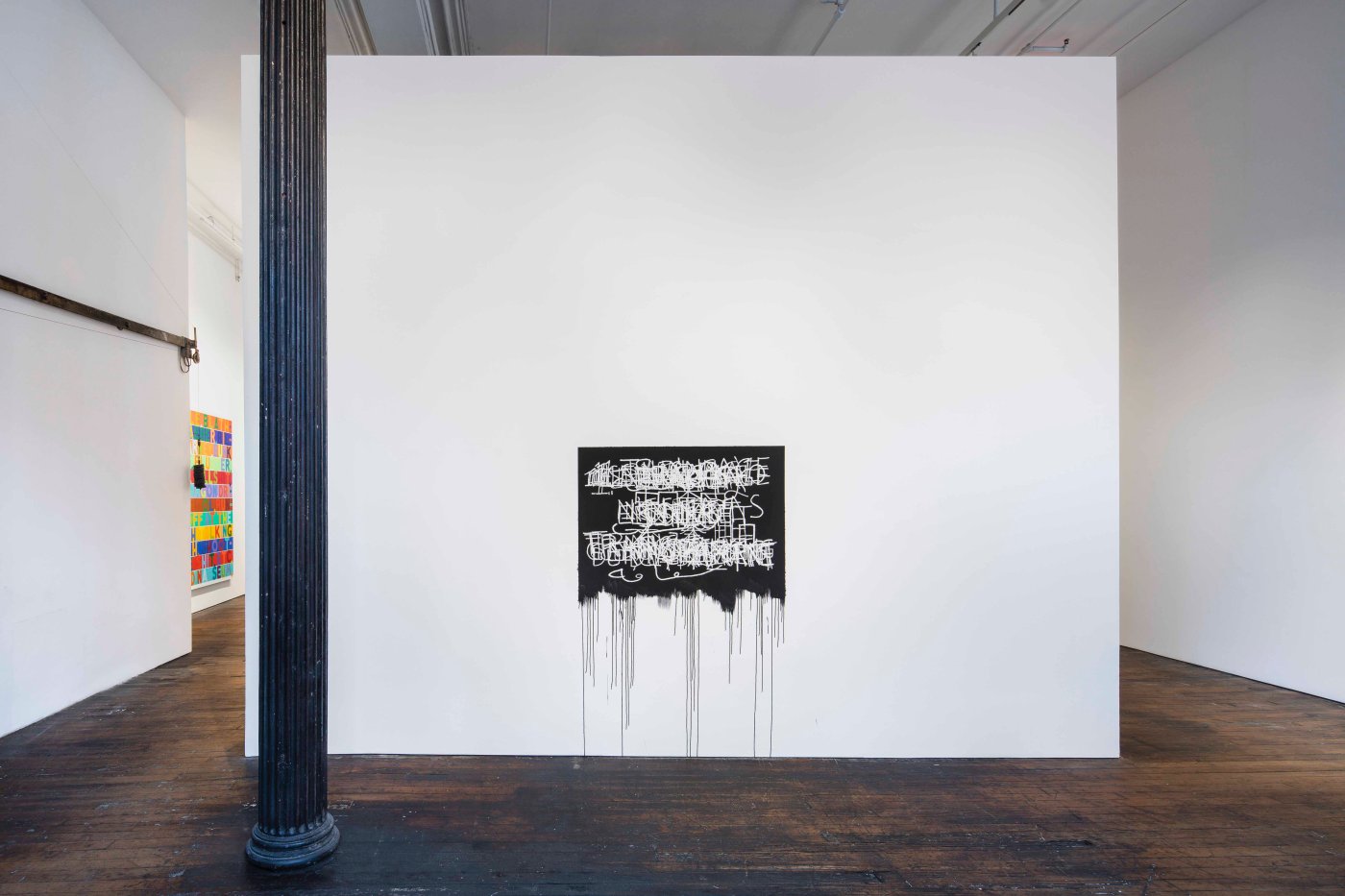 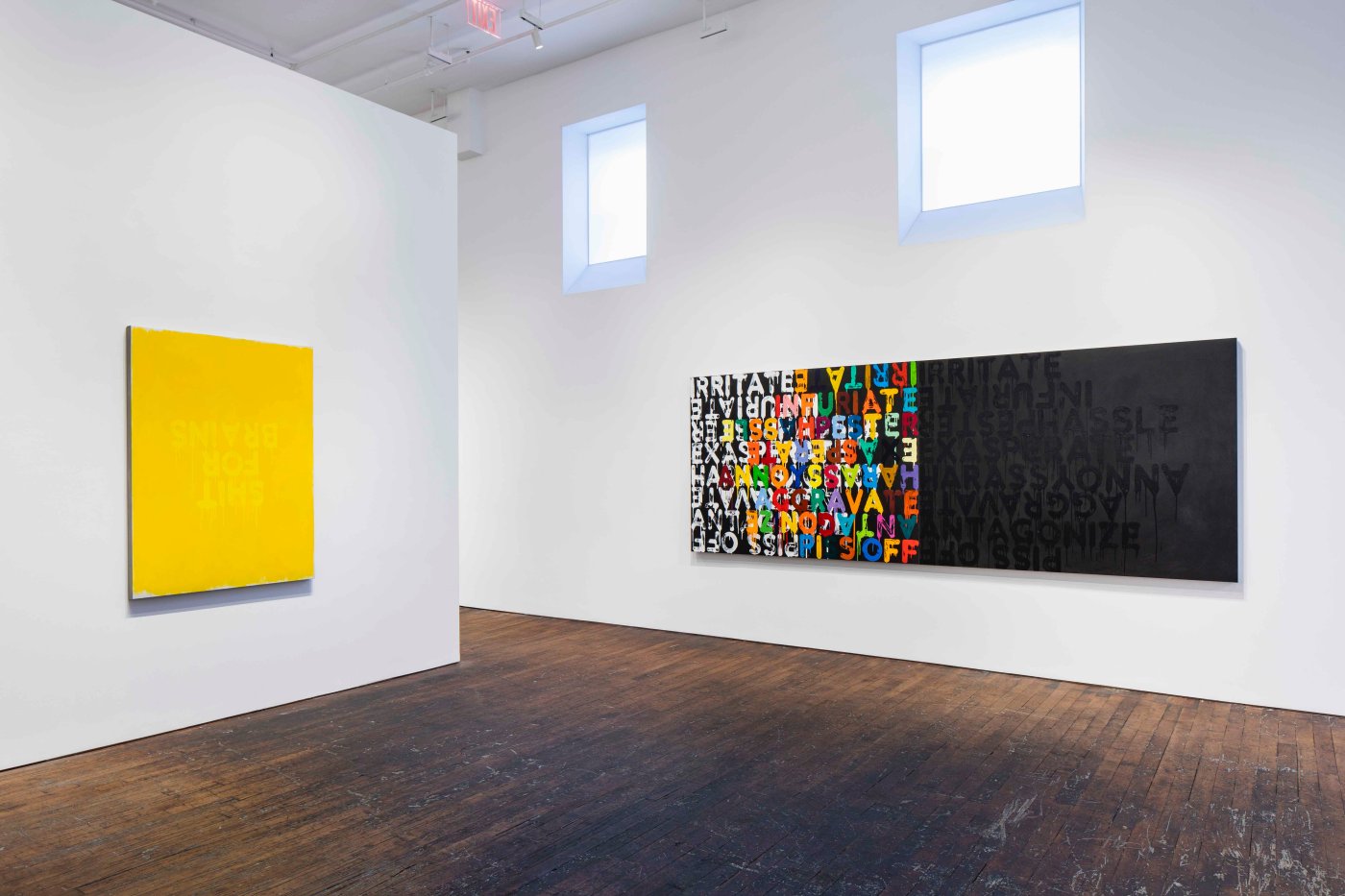 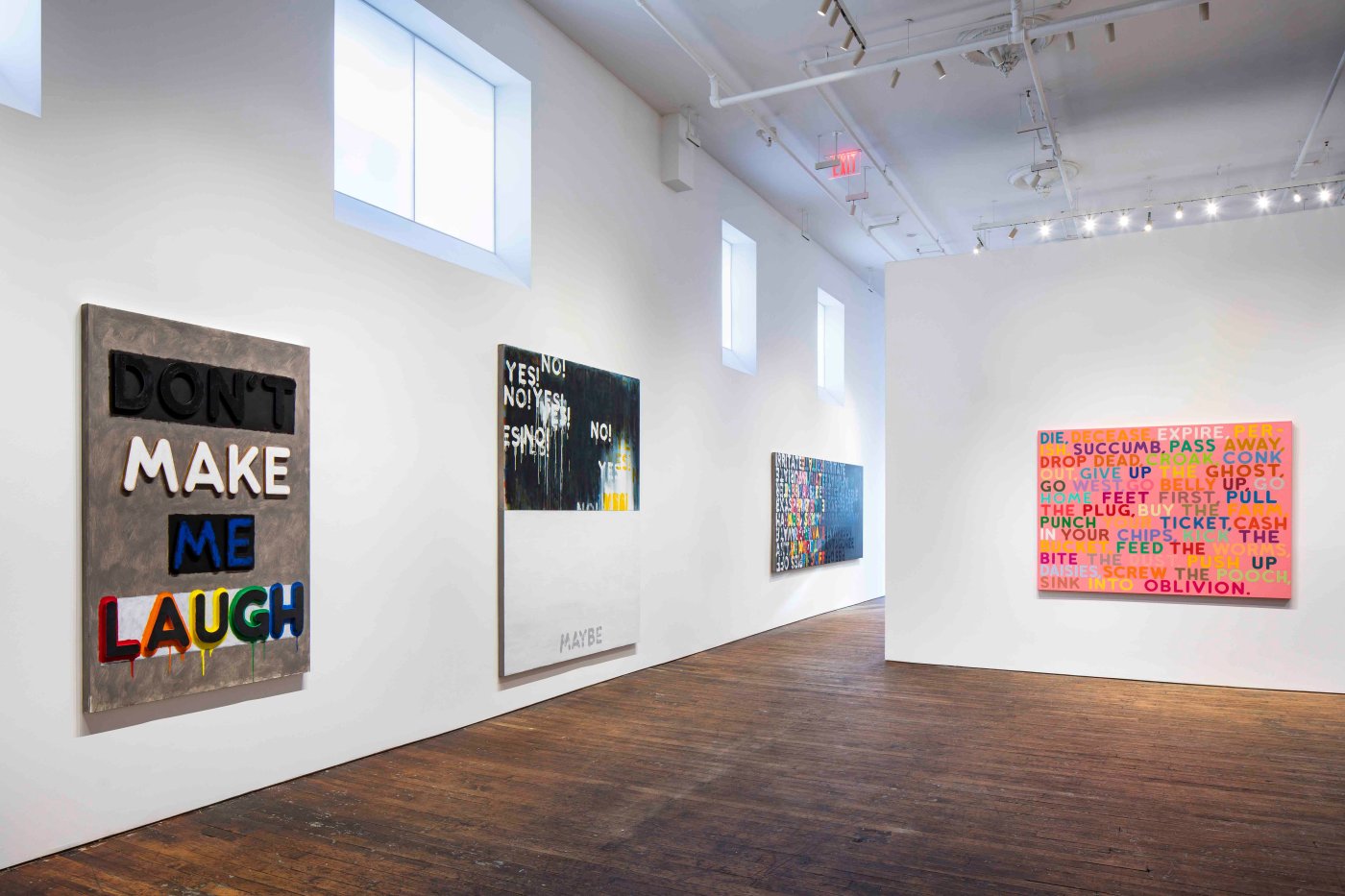 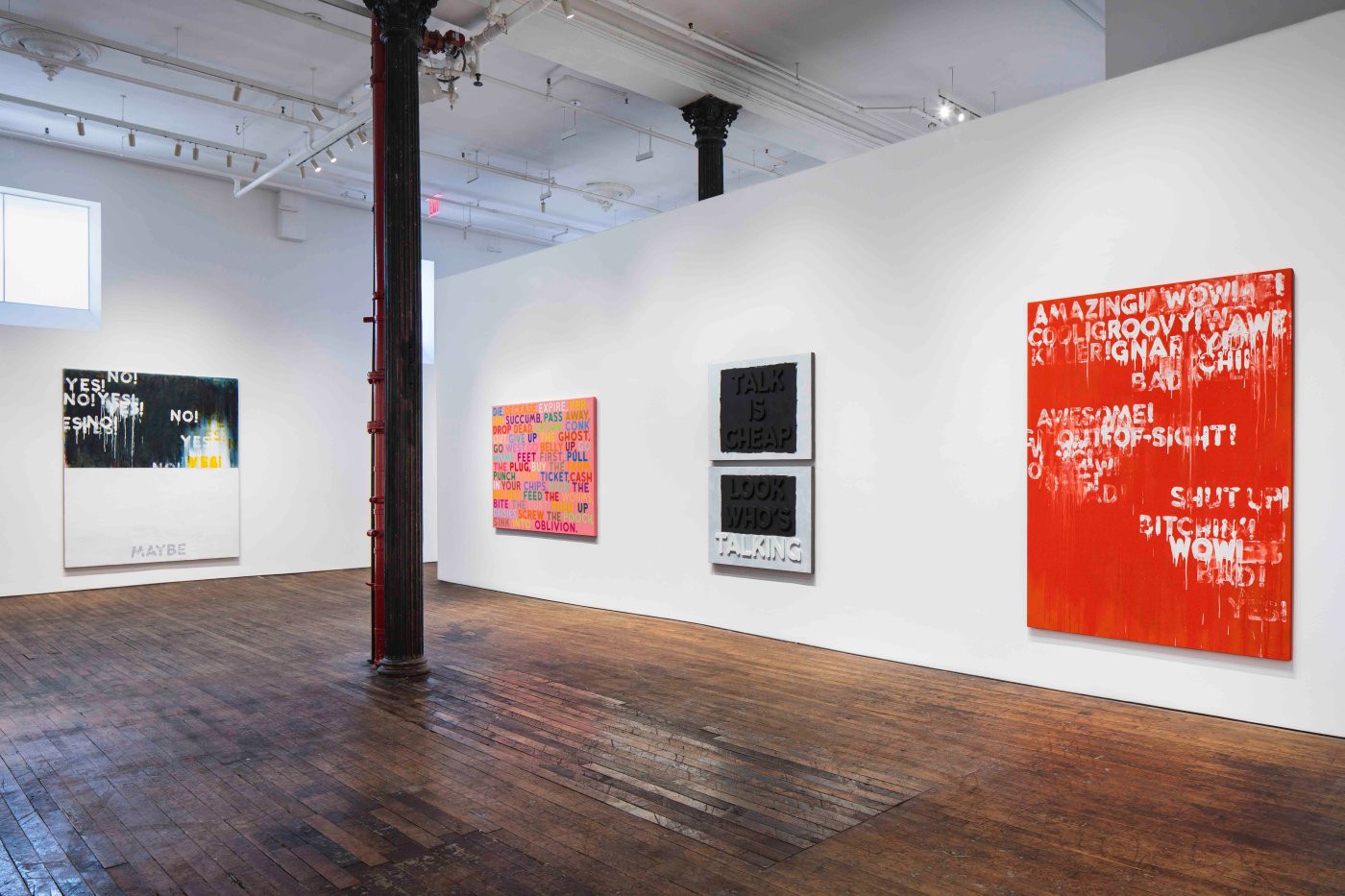 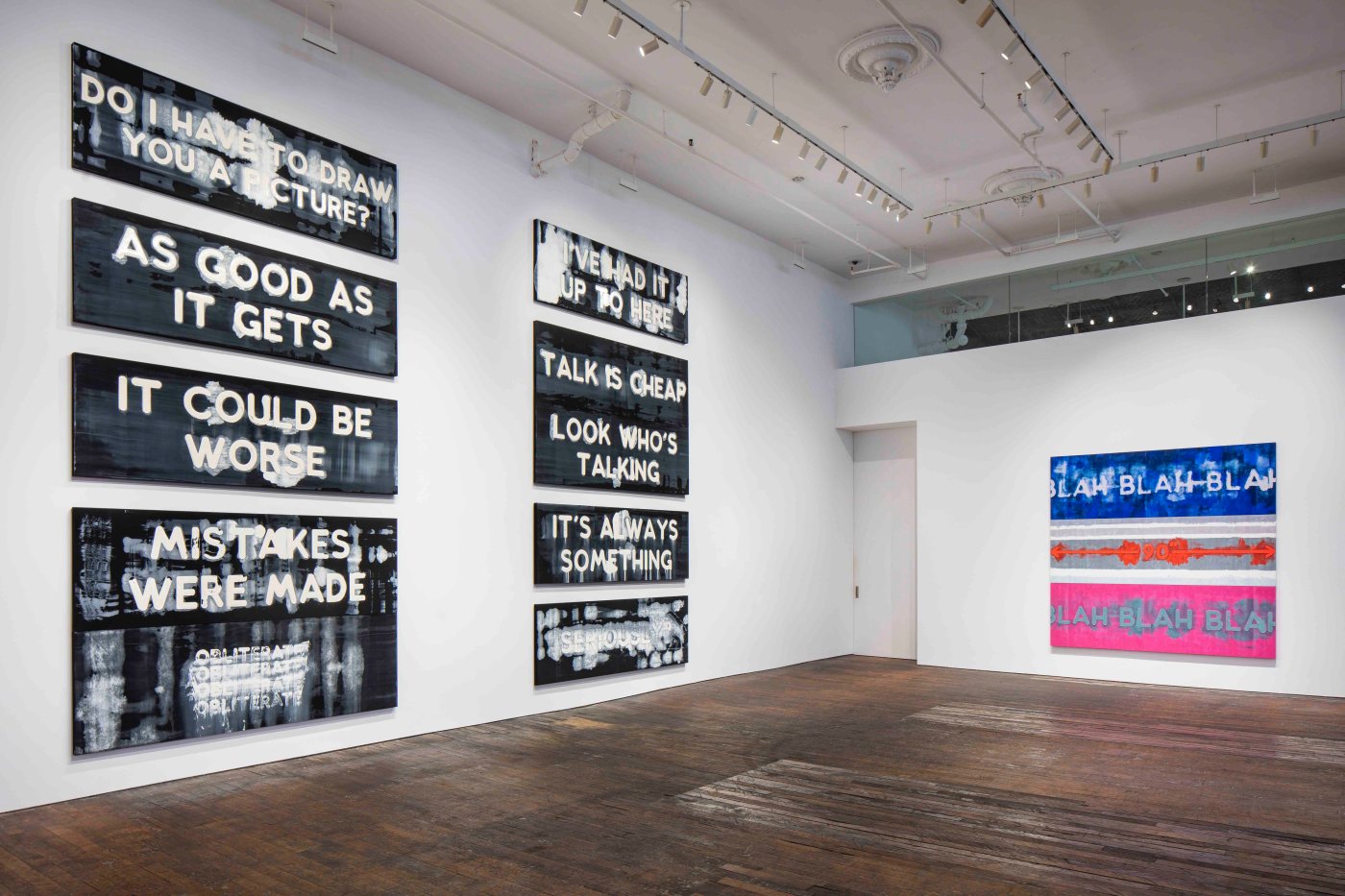 These text-based works pulse with a strong vein of irony and humor. Words, and phrases, spill, drip, and accumulate to the point of obliterating themselves in palimpsests of illegibility. They sit on, or recede into the substrate, they also emerge from it, as thickly pigmented forms, and three-dimensional reliefs, reenacting the current state of our national discourse.

Mel Bochner was born in Pittsburgh in 1940. He studied painting and philosophy, earned his BFA from the Carnegie Institute of Technology in 1962, and moved to New York City in 1964, where he continues to live and work. His first exhibition, in 1966 at the School of Visual Arts, Working Drawings and Other Visible Things on Paper Not Necessarily Meant to be Viewed as Art, is often cited as the first exhibition of conceptual art. In 1976, Peter Freeman, while still a student, invited him to make the cover for the Harvard University campus literary magazine. Thirty years later, in 2006, Bochner joined Peter Freeman, Inc. and has mounted eight solo exhibitions at the gallery since. Bochner has long explored the limits of language, reproduction, and repetition. Speaking to the Brooklyn Rail’s Phong Bui, at the time of his first PFI exhibition, Bochner commented on how people ‘read’ his text paintings and gave the following insight into his larger relationship with language: “a work of art lives by being continuously re-misinterpreted.”

Bochner’s work is included in many public collections around the world, including Art Institute of Chicago; Carnegie Museum of Art, Pittsburgh; The Museum of Modern Art, New York; National Gallery of Art, Washington, DC; Whitney Museum of American Art, New York; Tate, London; and Centre Pompidou, Paris. In addition to the drawing retrospective at the Art Institute of Chicago, Bochner’s recent exhibitions include a commission from his Measurement series at Dia Beacon (November 2019 – April 2021). He is currently showing a wall drawing as part of a site-specific installation series at the Menil Drawing Institute, Houston, on view until September 2023.