I’m creating a kind of atmosphere, a space of ambiguity.
—Mehdi Ghadyanloo

Gagosian presents new paintings and works on paper by Mehdi Ghadyanloo. Opening on September 22, this is his first solo exhibition in Asia. 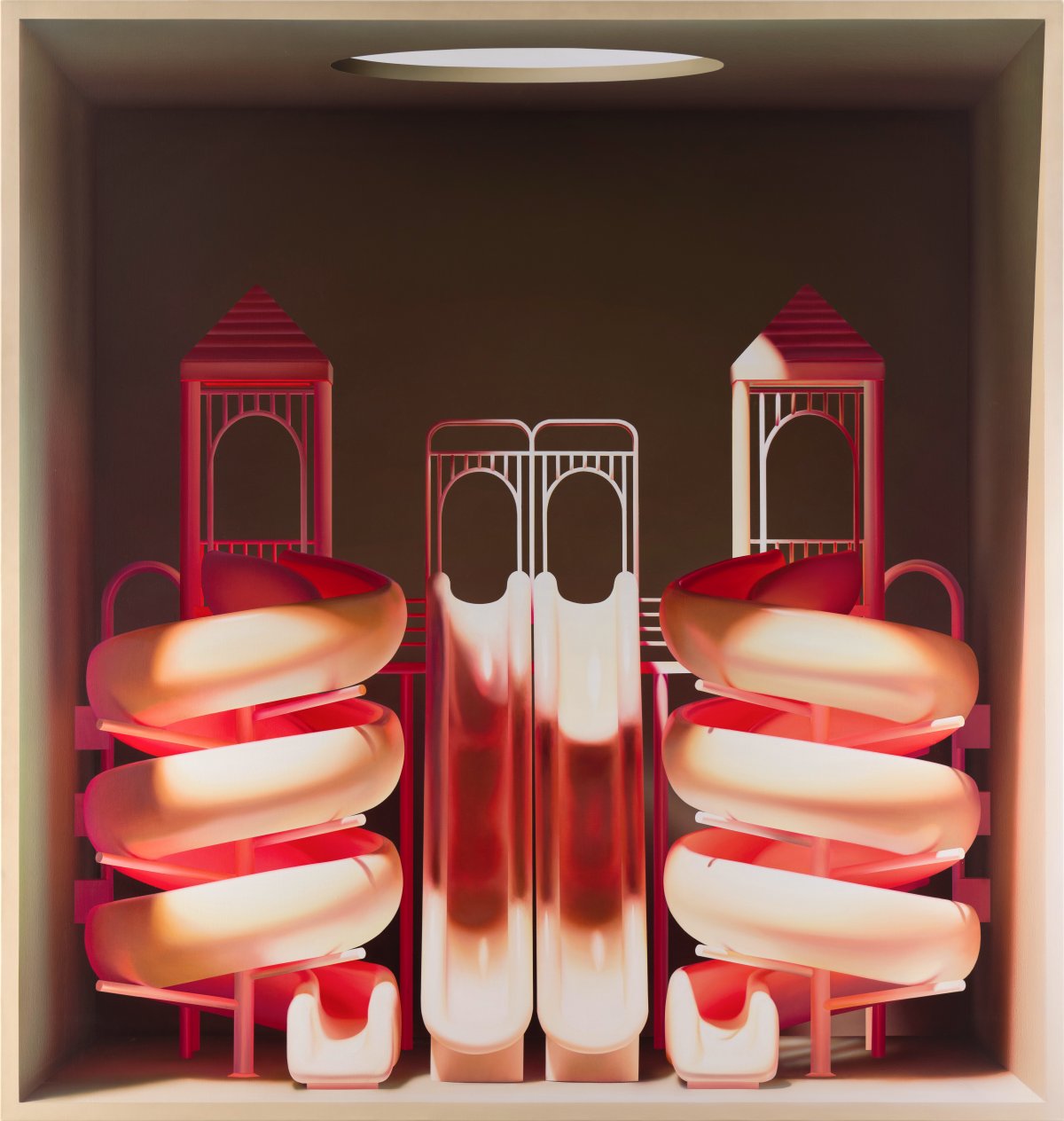 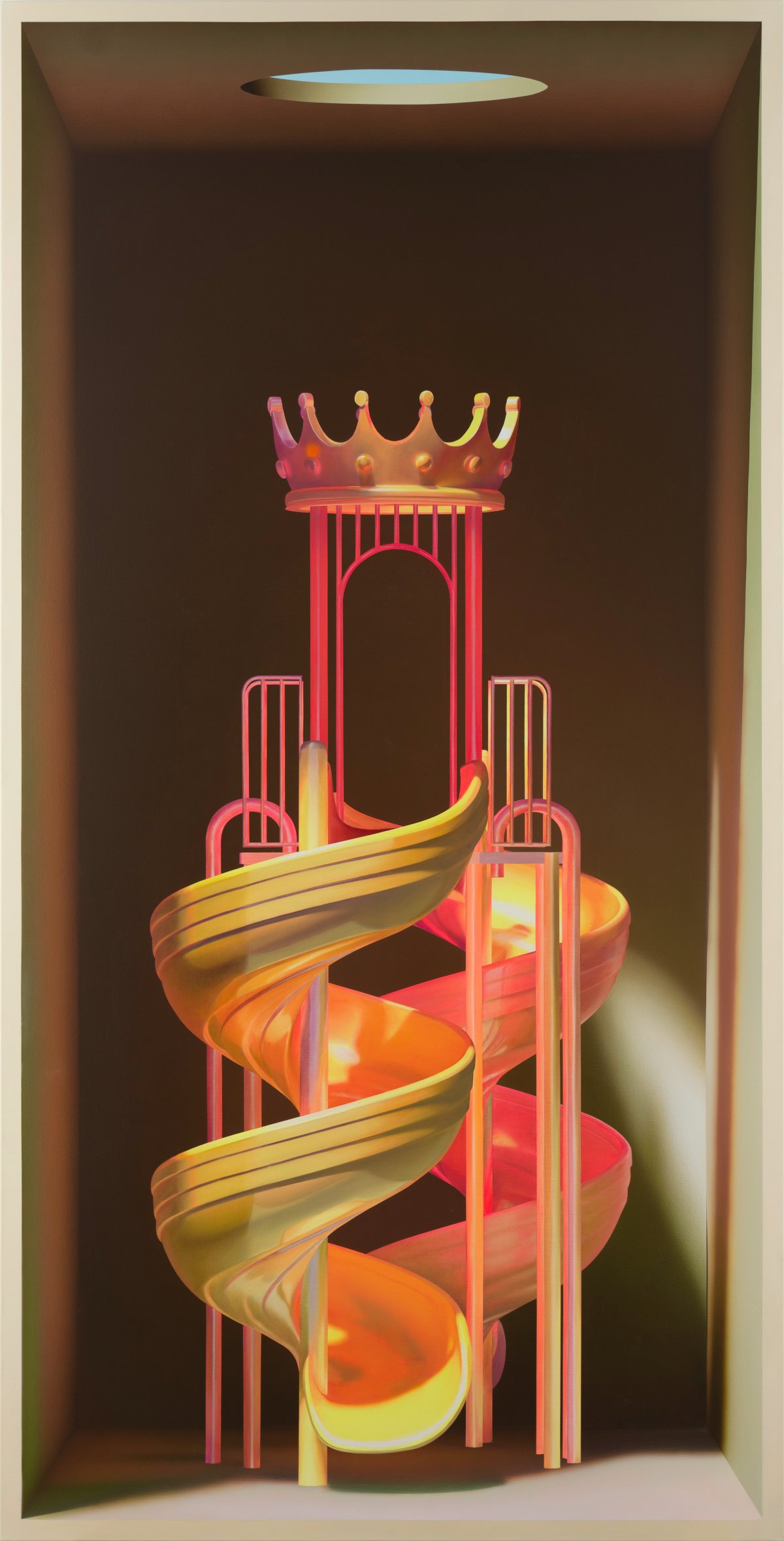 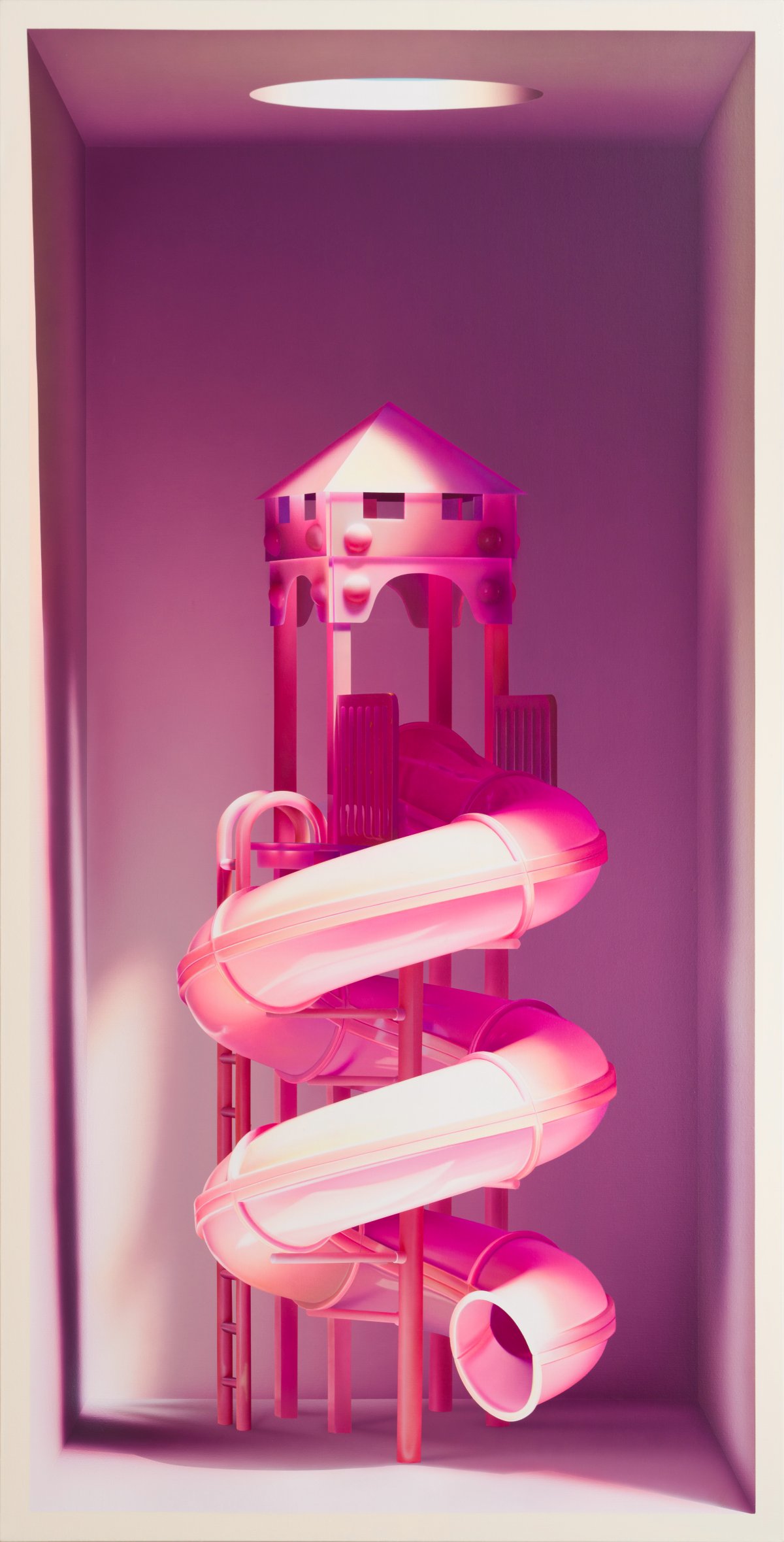 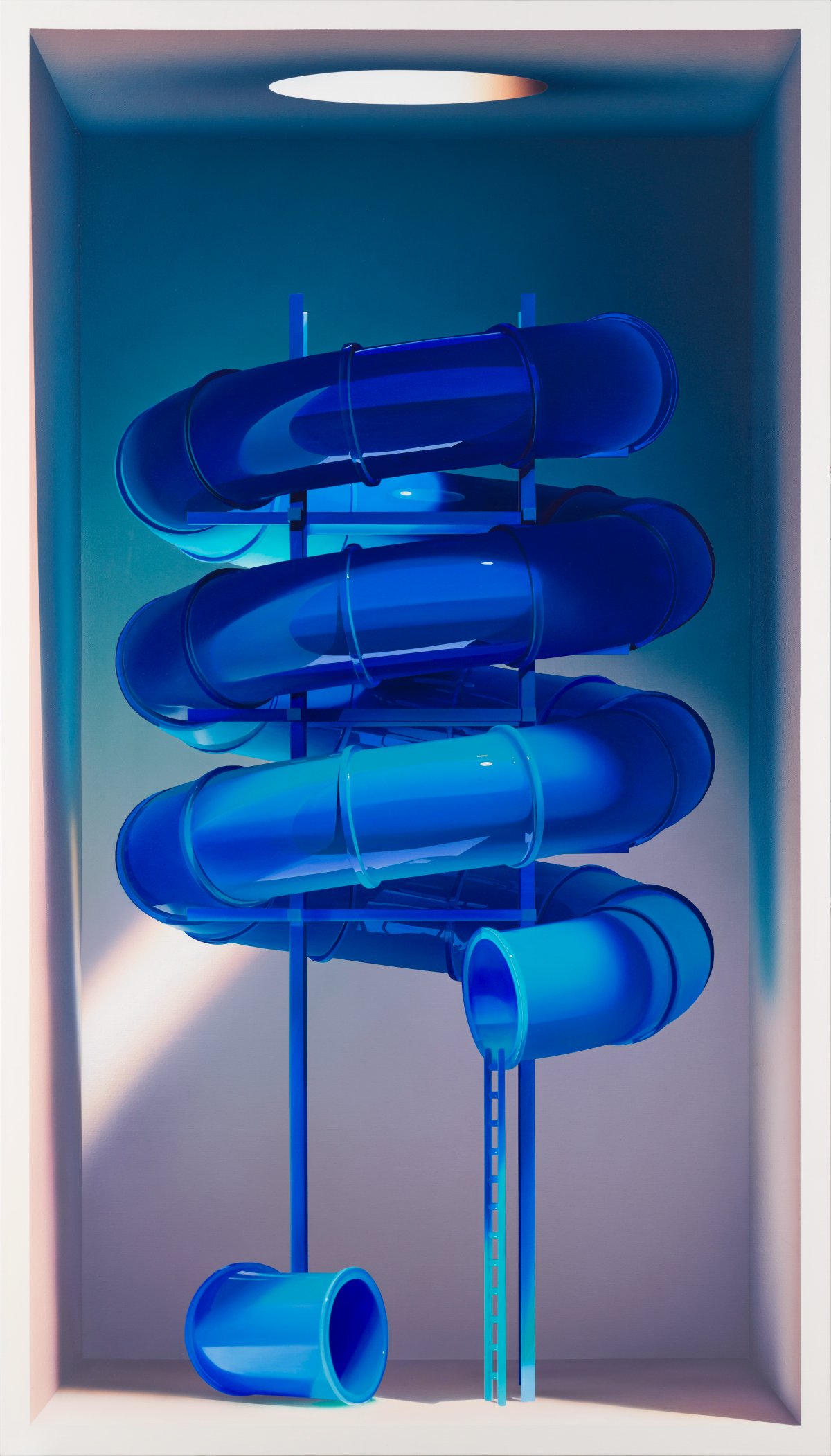 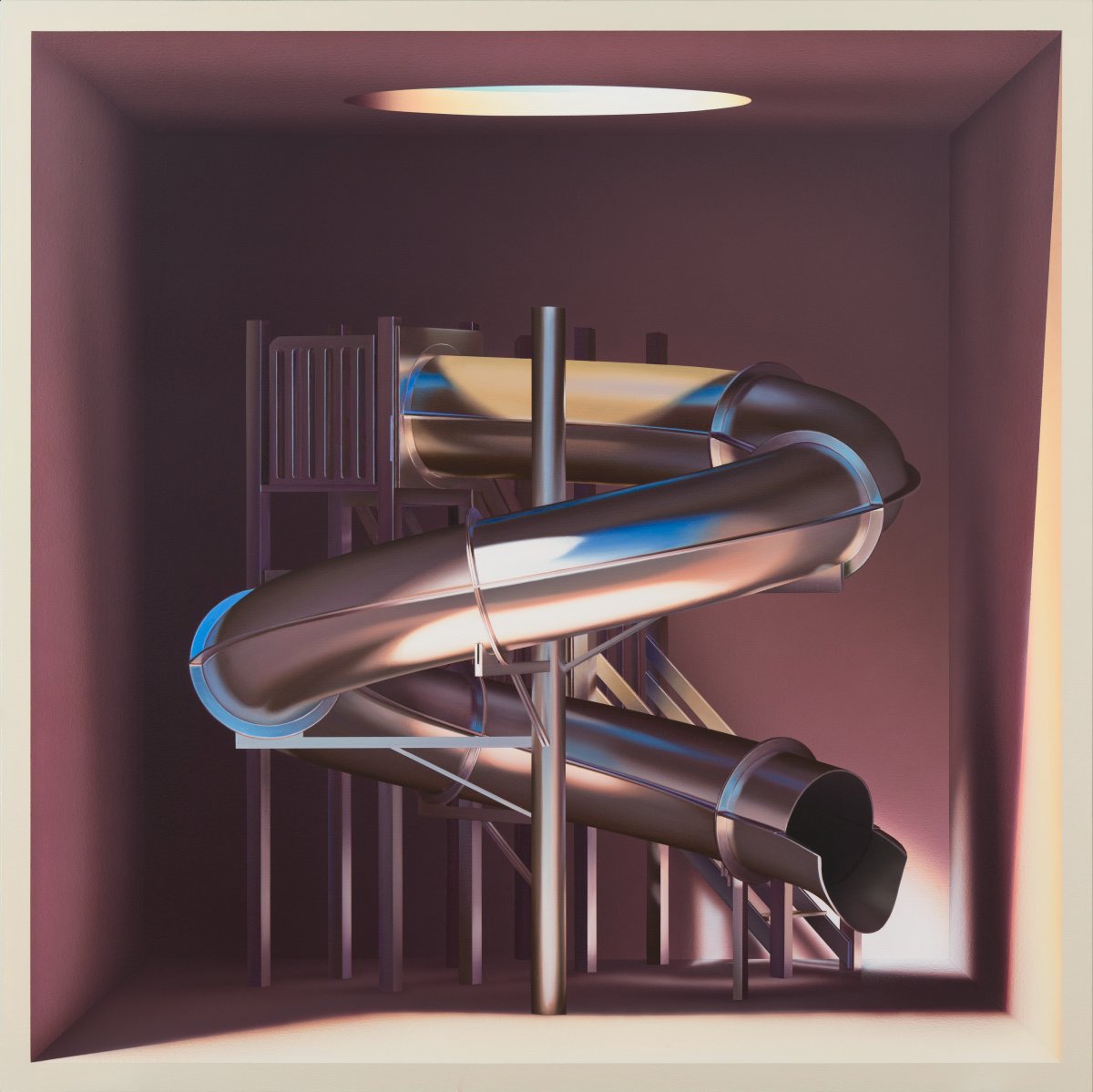 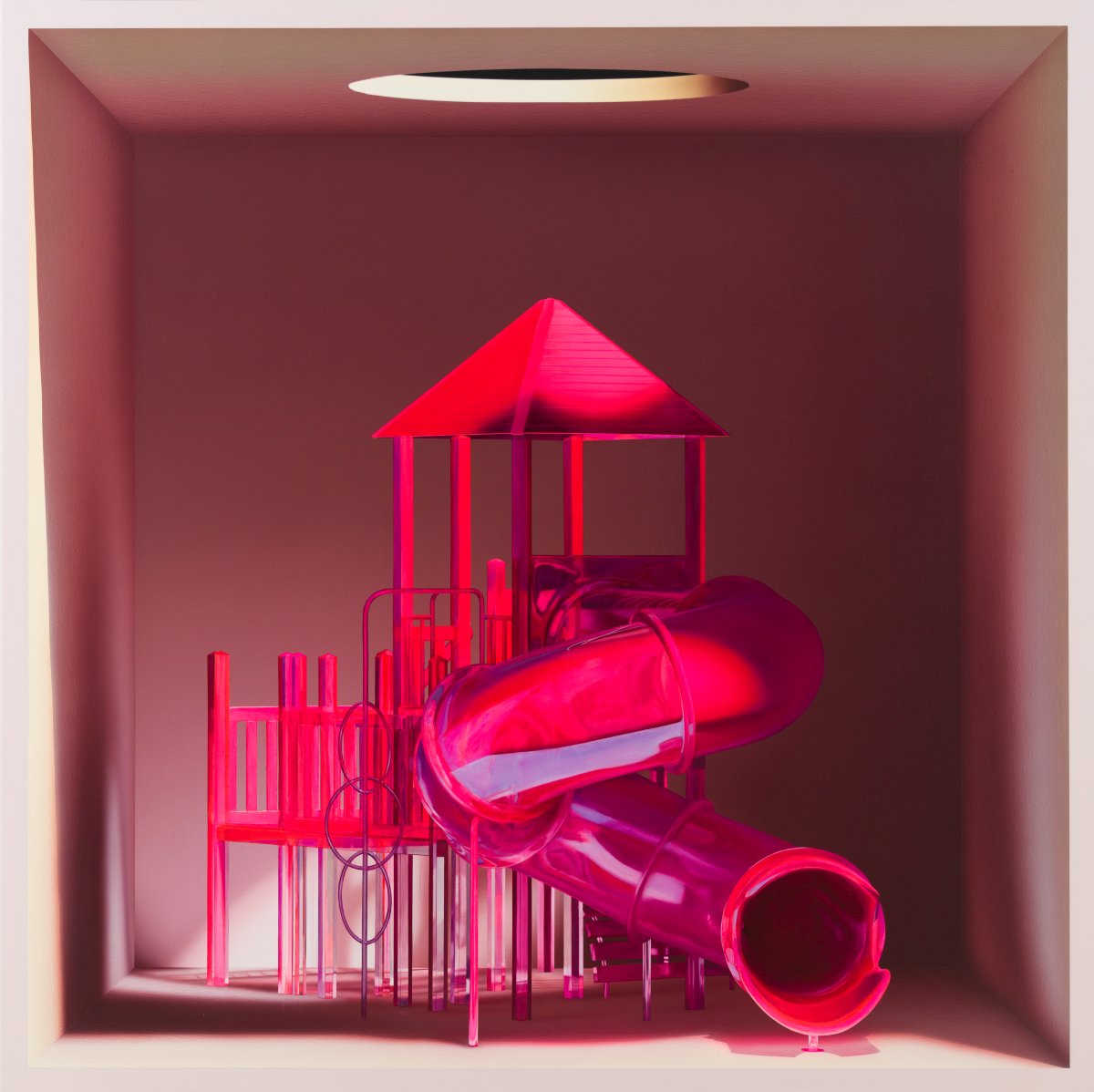 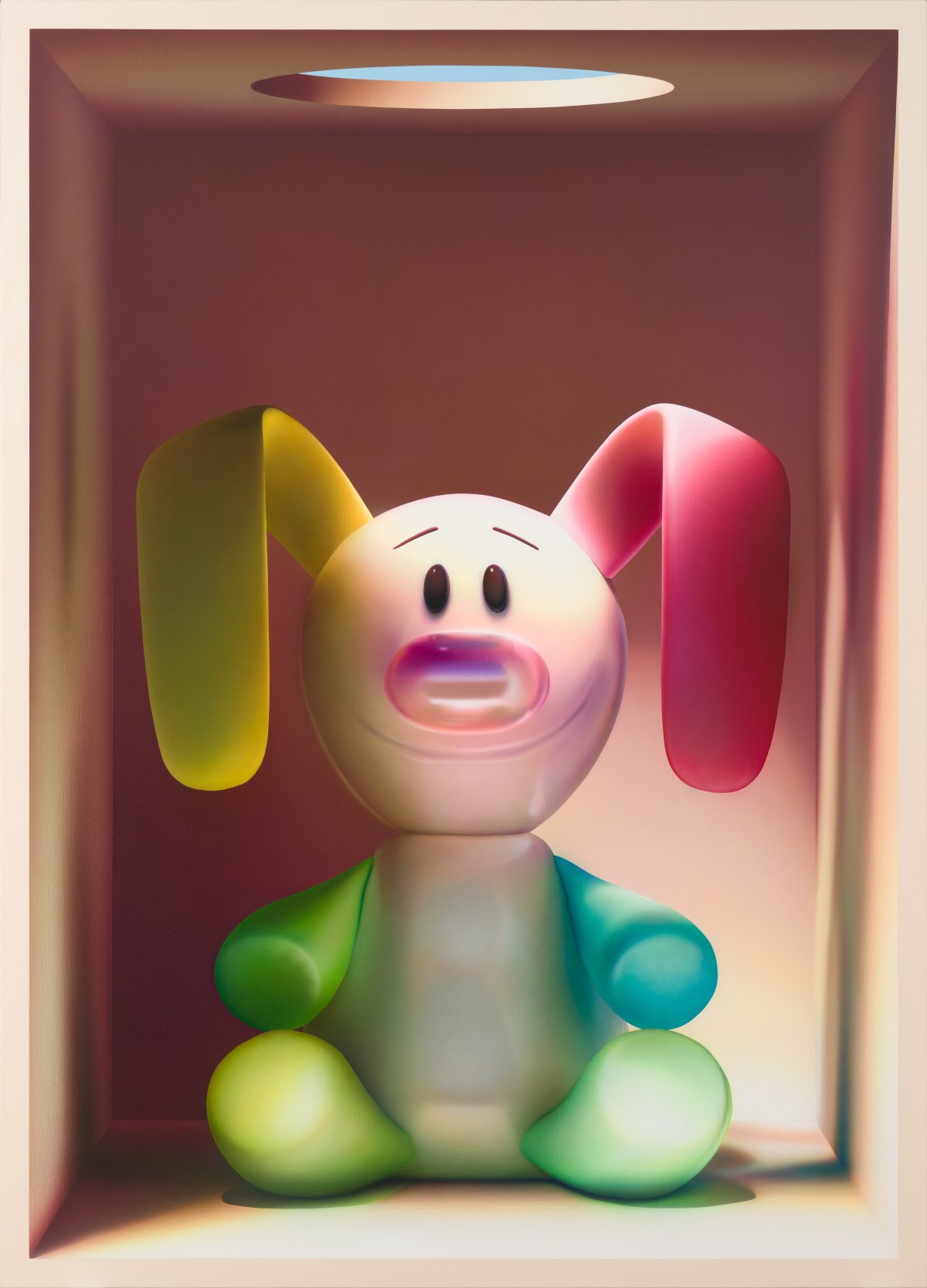 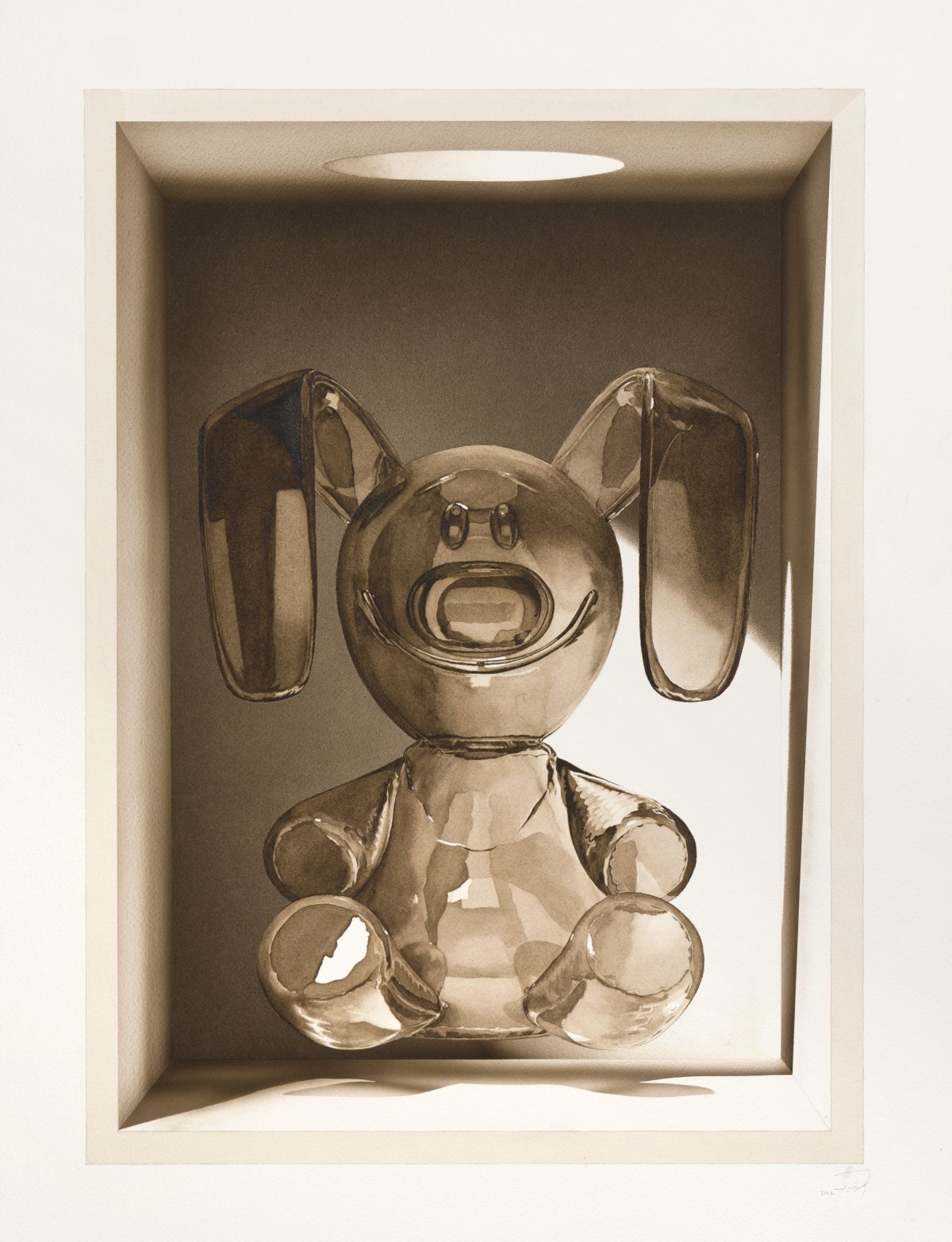 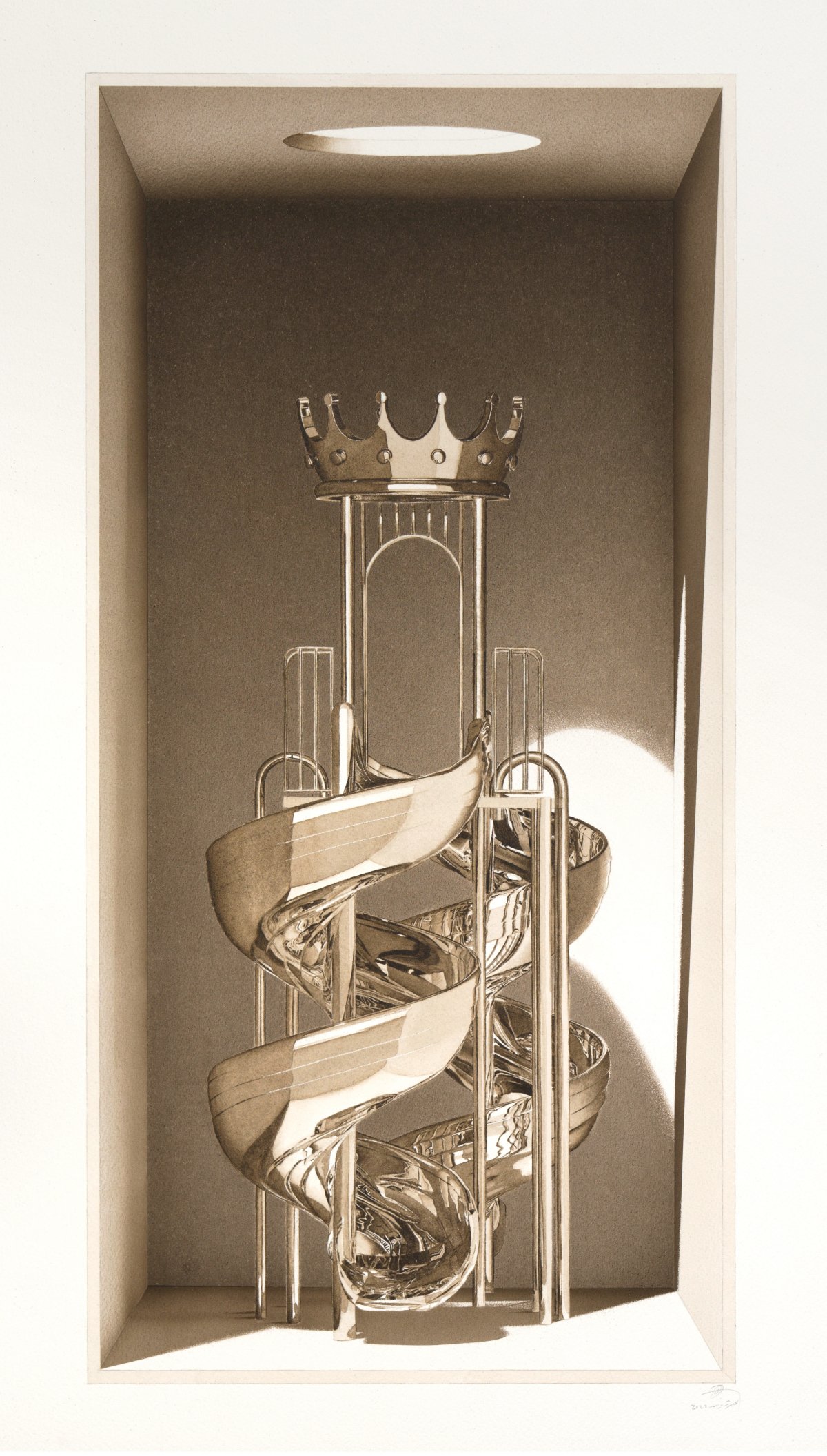 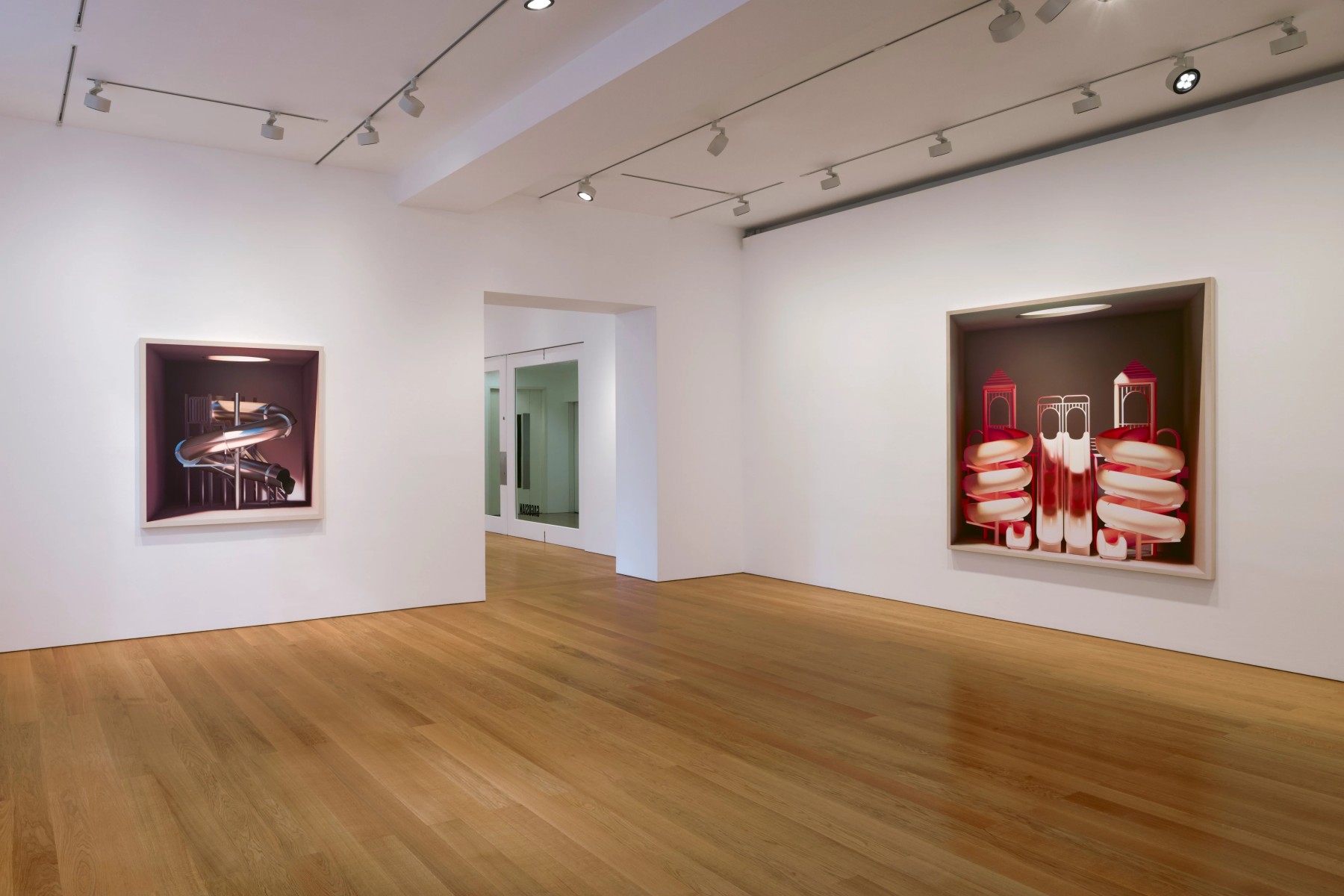 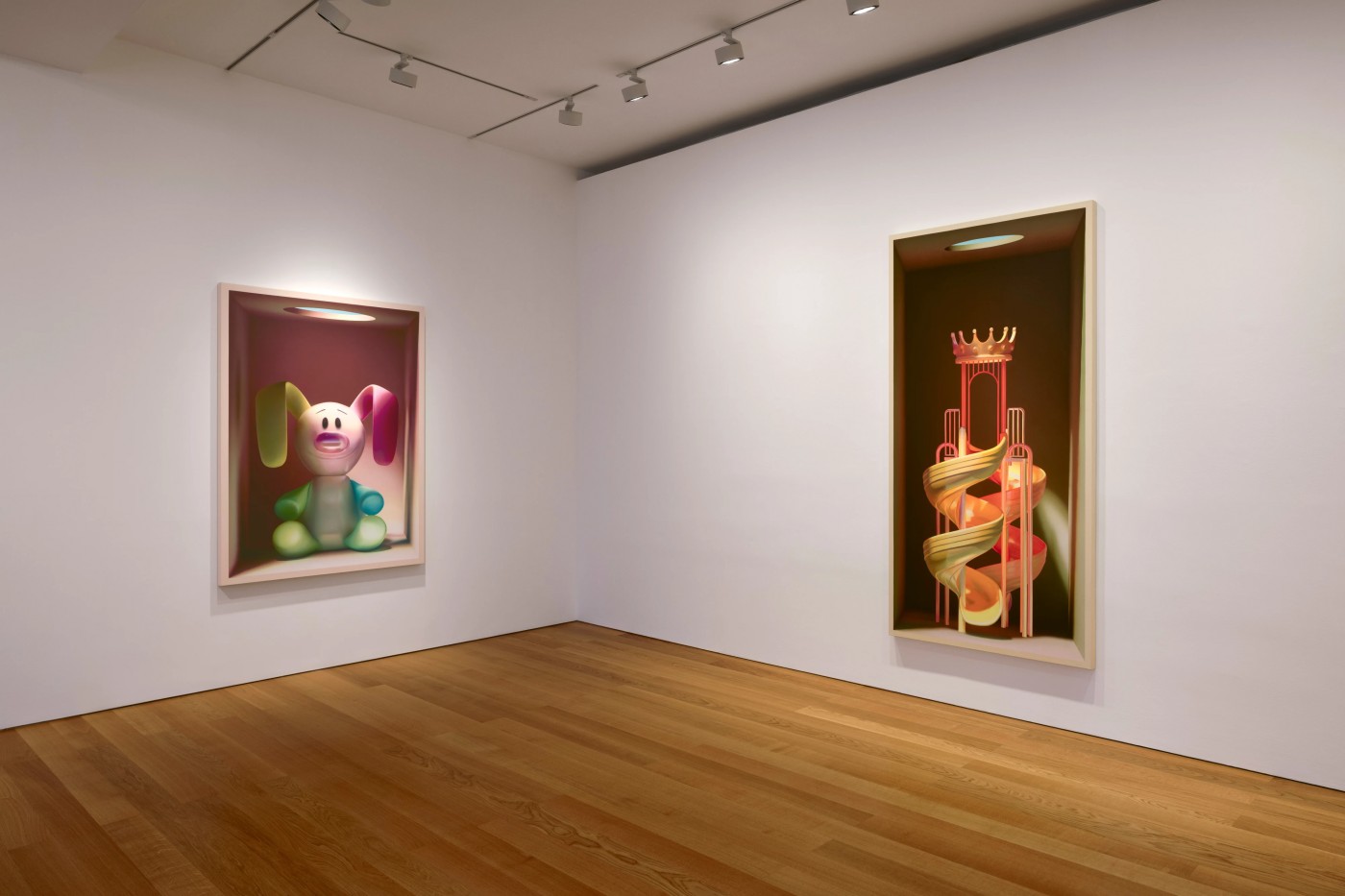 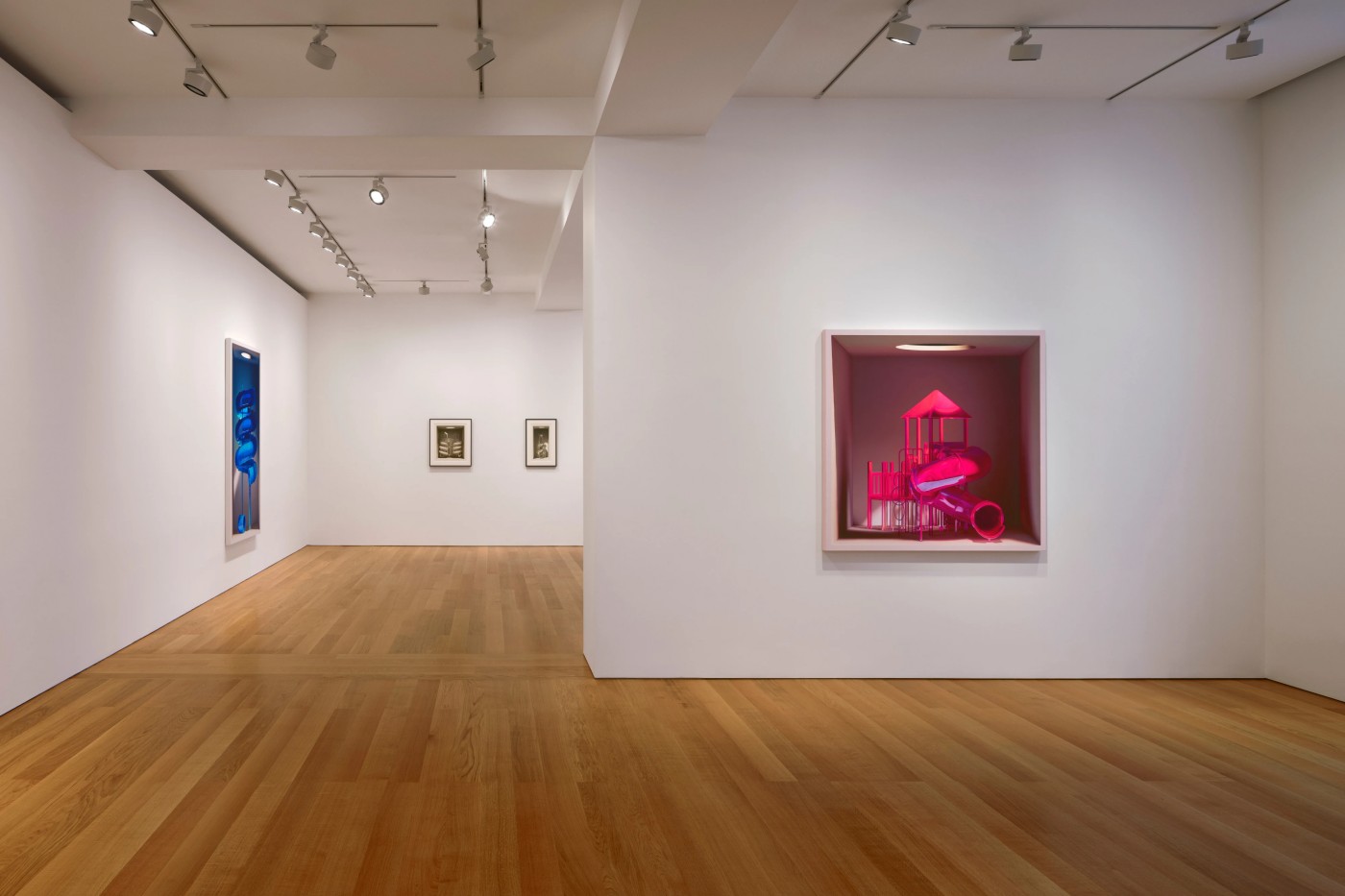 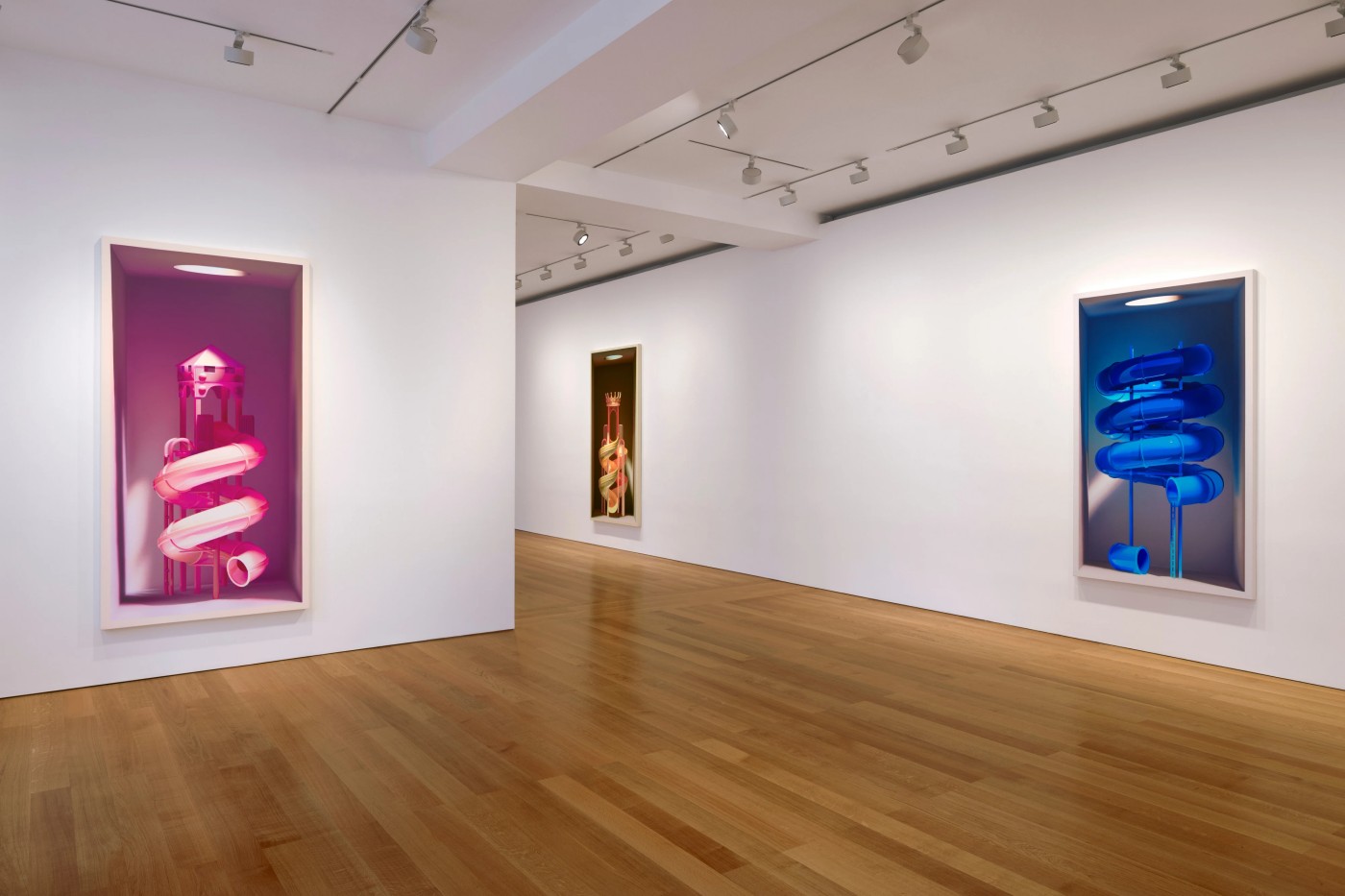 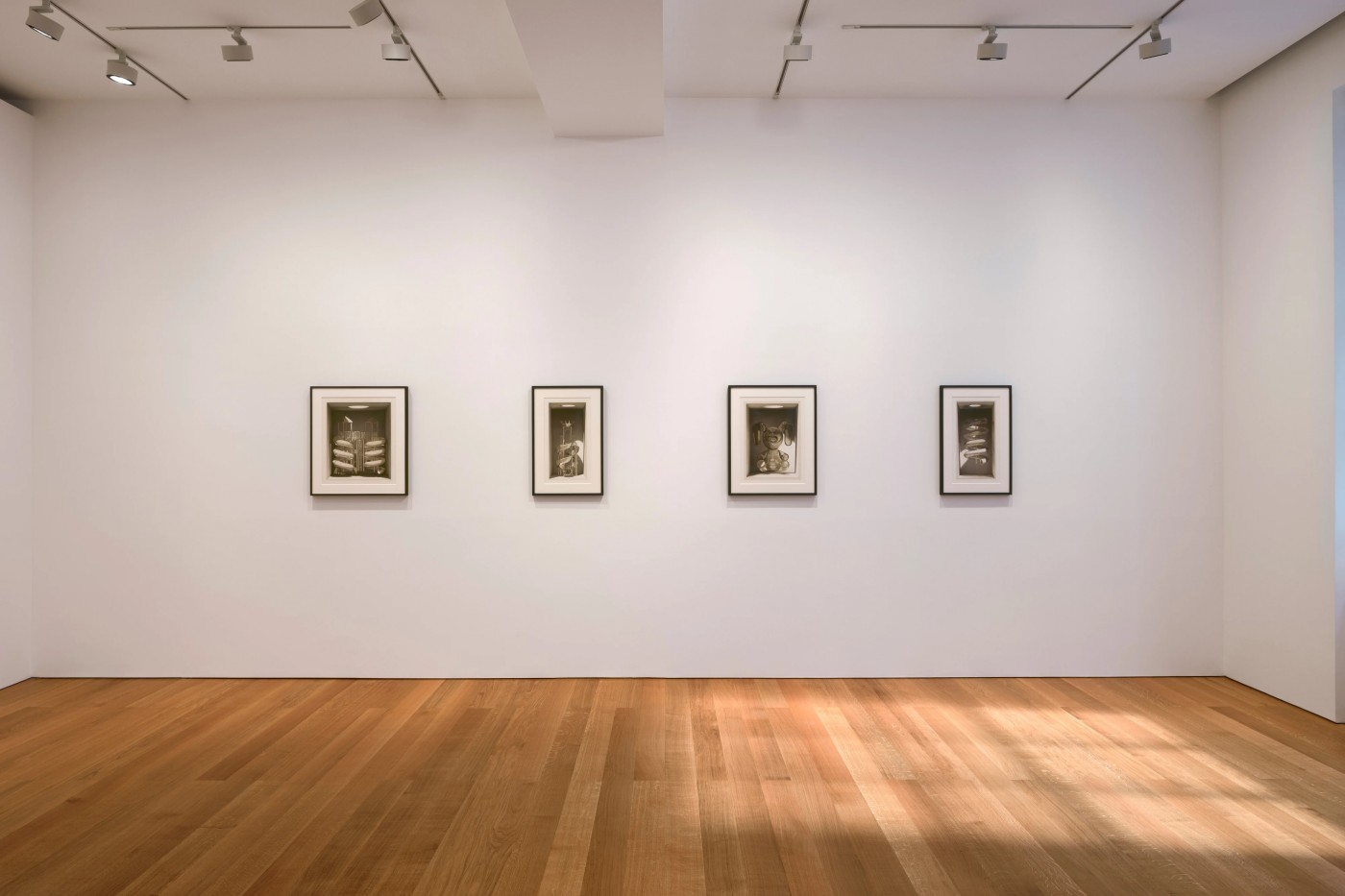 Ghadyanloo’s paintings are composed with meticulous attention to geometry, color, and chiaroscuro. At once familiar and mysterious, the slides, tunnels, and ladders he depicts are sited in shallow rectilinear chambers. The scenes are illuminated from above by skylights, with painted beams of light that reveal the details of the plastic and metal structures while indicating different times of day. The pieces of playground equipment exist as symbols, monuments to psychological states, as much as they are imagined physical constructions. Absent of children or other figures, they have an enigmatic, monumental presence that prompts nostalgia for the innocence of childhood play while hinting at existential themes.

Ghadyanloo’s unique approach as a painter evolved as he completed over one hundred public murals across Tehran from 2004 through 2011. Created to beautify the urban environment and promote civic harmony, these expansive works transformed the face of the city and garnered international attention, leading to mural commissions in Europe and the United States. His return to painting on canvas has allowed him to advance other themes, inspiring the present body of work.

The trompe l’oeil slides extend the mastery of scale and visual impact that Ghadyanloo has developed, while echoing his fatherly observation of playgrounds’ global appeal. In the Hong Kong exhibition, he additionally explores the theme of dualism in paintings such as The Parallel Love (2022), in which two slides mirror each other’s positions as they spiral through space. The crown surmounting The King’s Speech (2022) invokes a symbol of social hierarchy as a kind of child’s play, while other subjects exhibit impractical or illogical designs. In The Sky Monument (2022), for example, the slide’s bottom segment is disconnected and appears to have been replaced by a ladder. The themes of artificiality and childhood are further explored in The Mystic Messenger (2022), which represents a glossy, multicolored rabbit. Works on paper such as A Blinking Memory (2022) envision the slides and the drama of light and shadow in watercolor.

Ghadyanloo’s paintings are reminiscent of the paradoxical spaces of Giorgio de Chirico and René Magritte, though Surrealism is but one of the artist’s inspirations. Citing his admiration for Giorgio Morandi’s poetic still lifes, he asks: “If an ordinary bottle can speak to you, then why can’t a red slide do the same?” The paintings’ precise geometry is equally informed by the rich cultural traditions of the artist’s native Iran, from painting and architecture to decorative arts and literature.