Massimo De Carlo presents McArthur Binion’s first exhibition in Asia. The Hong Kong presentation is held jointly with Lehmann Maupin, which will be opening simultaneously in both their Hong Kong and Seoul galleries. Spanning all three spaces, these joint exhibitions present an unprecedented opportunity to view new work by the 72-year-old American artist who has been garnering increasing international attention. 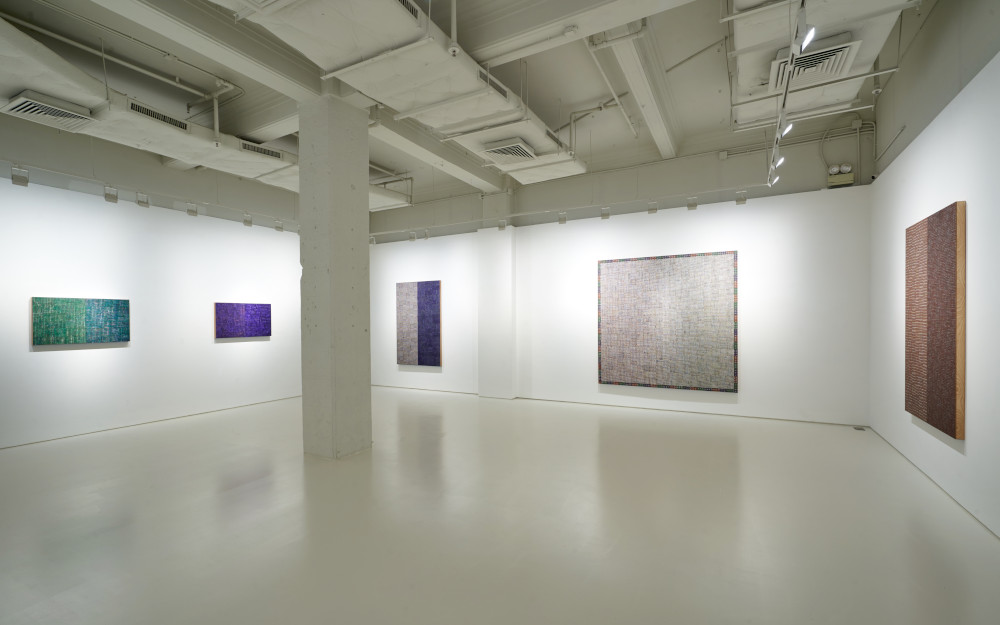 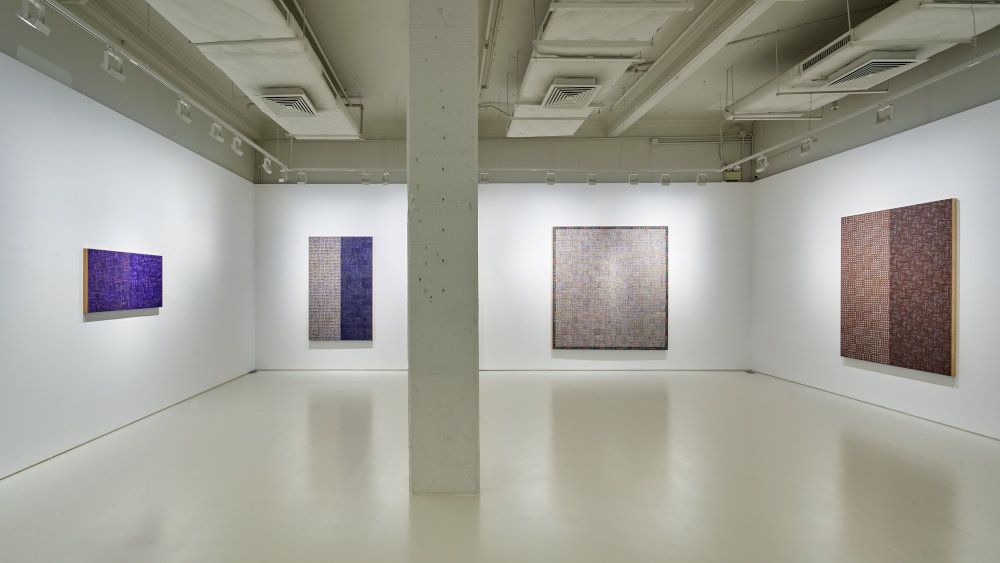 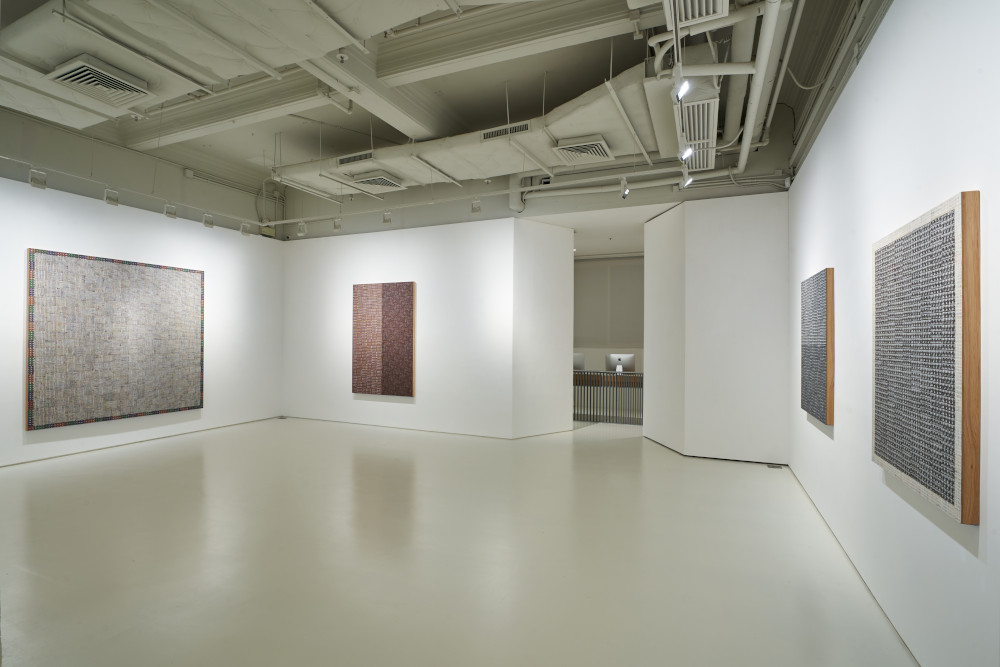 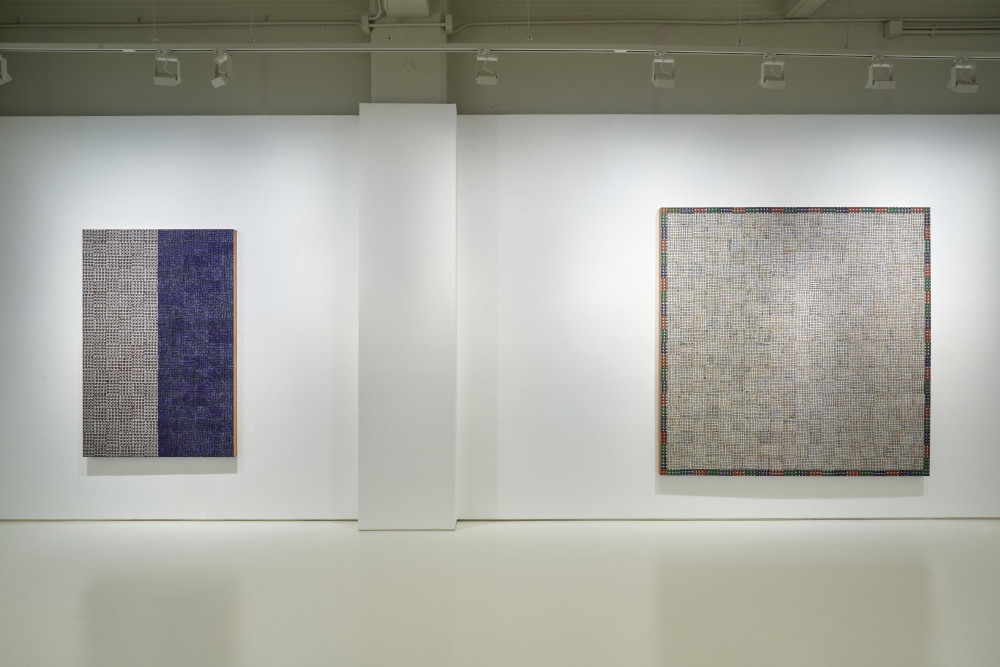 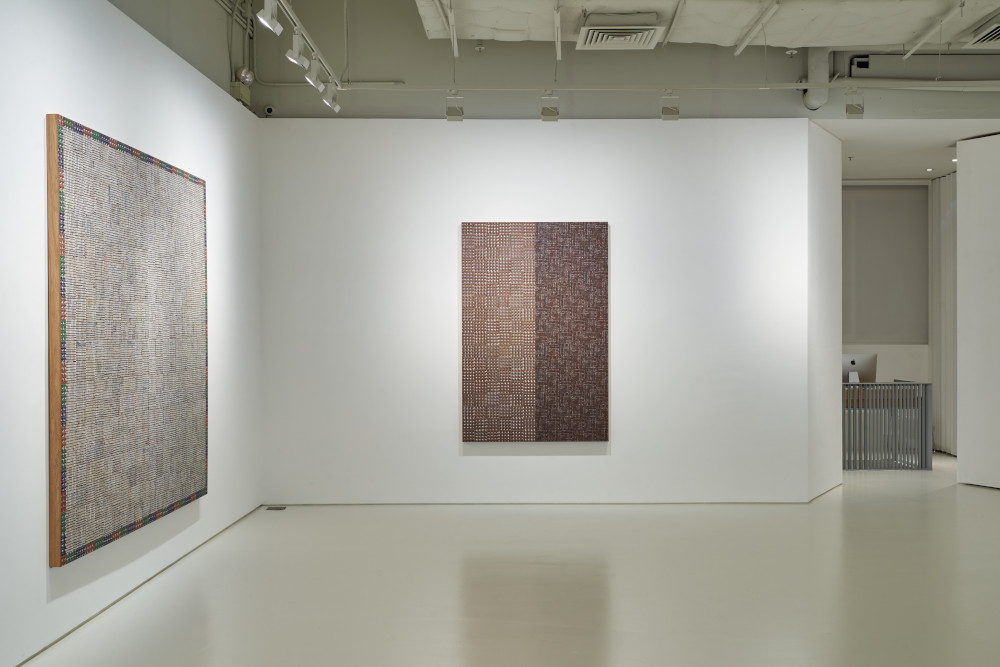 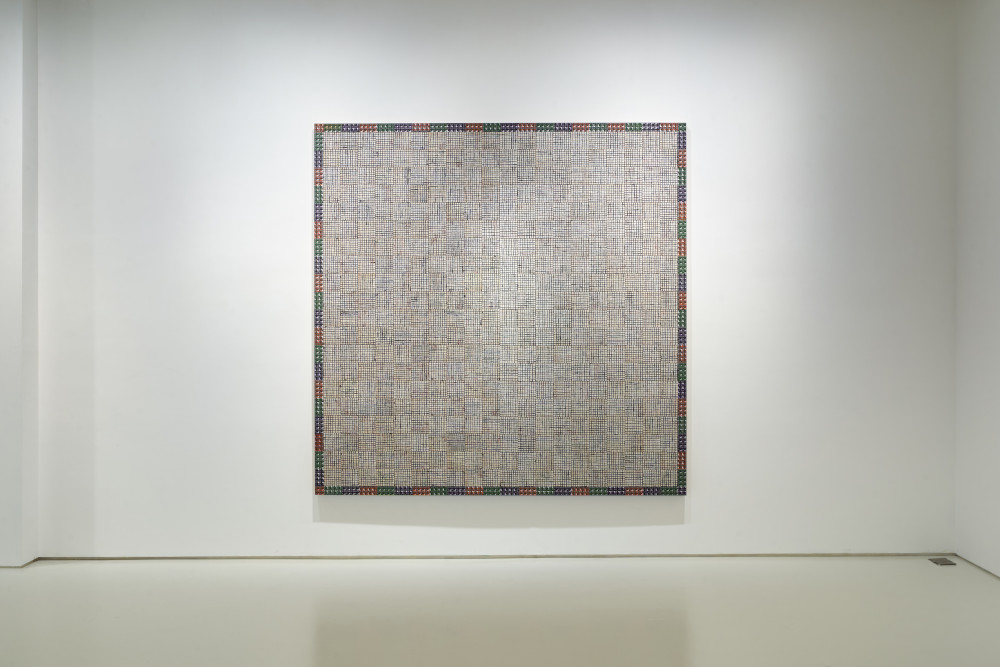 Throughout his fifty-year practice of assemblage painting, Binion has continually defied classification as an artist. Terms such as “abstraction” and “minimalism” has often been employed as a descriptors for his large scale paintings, however Binion himself resists such rigid categorisations of his work. Through his rich and tumultuous career, Binion has developed an incredibly complex practice, incorporating interwoven personal memories with historical recollection and his experience of America in the past, by layering paint and personal memorabilia onto large-scale canvases.

In the 1970’s, Binion immersed himself within the renowned downtown New York art scene — socializing and working among artists such as Jean-Michel Basquiat, Dan Flavin, Carl Andre and Sol LeWitt.Throughout the 1980s and 1990s, his style evolved from moregestural abstraction to include increasingly pared-down, colorful, and geometric abstraction. Binion’s distinctive insertion of narrative and personal history and his emphasis on content, differentiates his work from the more reductive Minimalist practices of other artists and continues to do so today. In his DNA series, previously shown in Massimo De Carlo London, the artist blends private documents, such as negatives of his birth certificate (which references the situation of many that, like him, were born in rural communities and whose births were never recorded) and hand written pages of his old phone books are covered with layers of painted coloured grids, that conceal and at the same time introduce the narration element of his practice. These works made their international debut in 2017 at the Venice Biennale.

Such use of personal documents asserts Binion’s own existence, whereas the layers of paint encompass the artists’ experience with authority and the art world in America. Insofar, the intricate surfaces of the canvases become abstract shapes and motives: the artist’s archival belongings, that can only be seen when in very close physical proximity to the canvas, are transformed by the paintbrush into weightily textured patterns and reflect the importance of the influence of modernism in McArthur Binion’s practice.

In his newest Hand:Work:II paintings, Binion’s usage of his hand is a symbol he repeats across the large canvas. An emblem for his personal touch upon the work, the gesture of the hand also hints at the time- consuming and laborious nature of his practice. The incorporation of his hand indicates the motif as a self- generating subject, veering the Hand:Work:II series into a new conceptual territory, expanding his repertoire to include performative self-portraiture. Additionally, Binion has employed the bold and brightly saturated hues of his earlier paintings in colorful ink washes poured and spread across the photocopied pages of his address books from that period. In recent years, Binion has emerged as an increasingly important artist of his generation, combining the post-minimal embrace of new, commercial grade materials, with a more personalized approach to the austere, formal devices of minimalism, realized through the incorporation of his personal history into these deceptively simple paintings.

Courtesy of the artist and Massimo De Carlo