Lehmann Maupin presents Modern:Ancient:Brown, an exhibition of new work by McArthur Binion featuring a series of multicolor paintings that represent a culmination of the artist’s decades-long exploration of color. 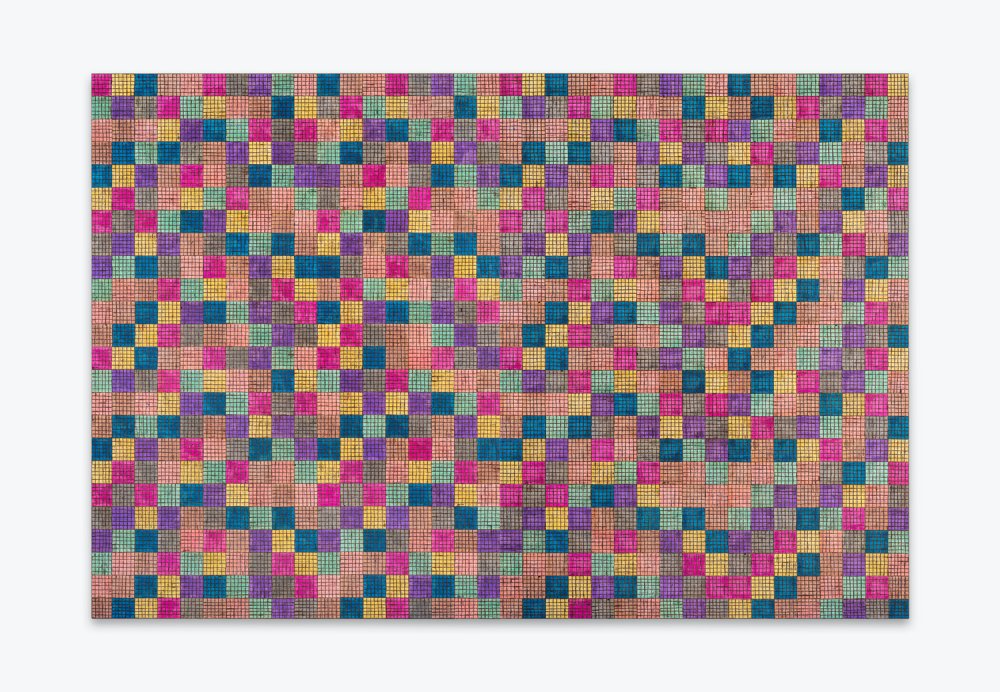 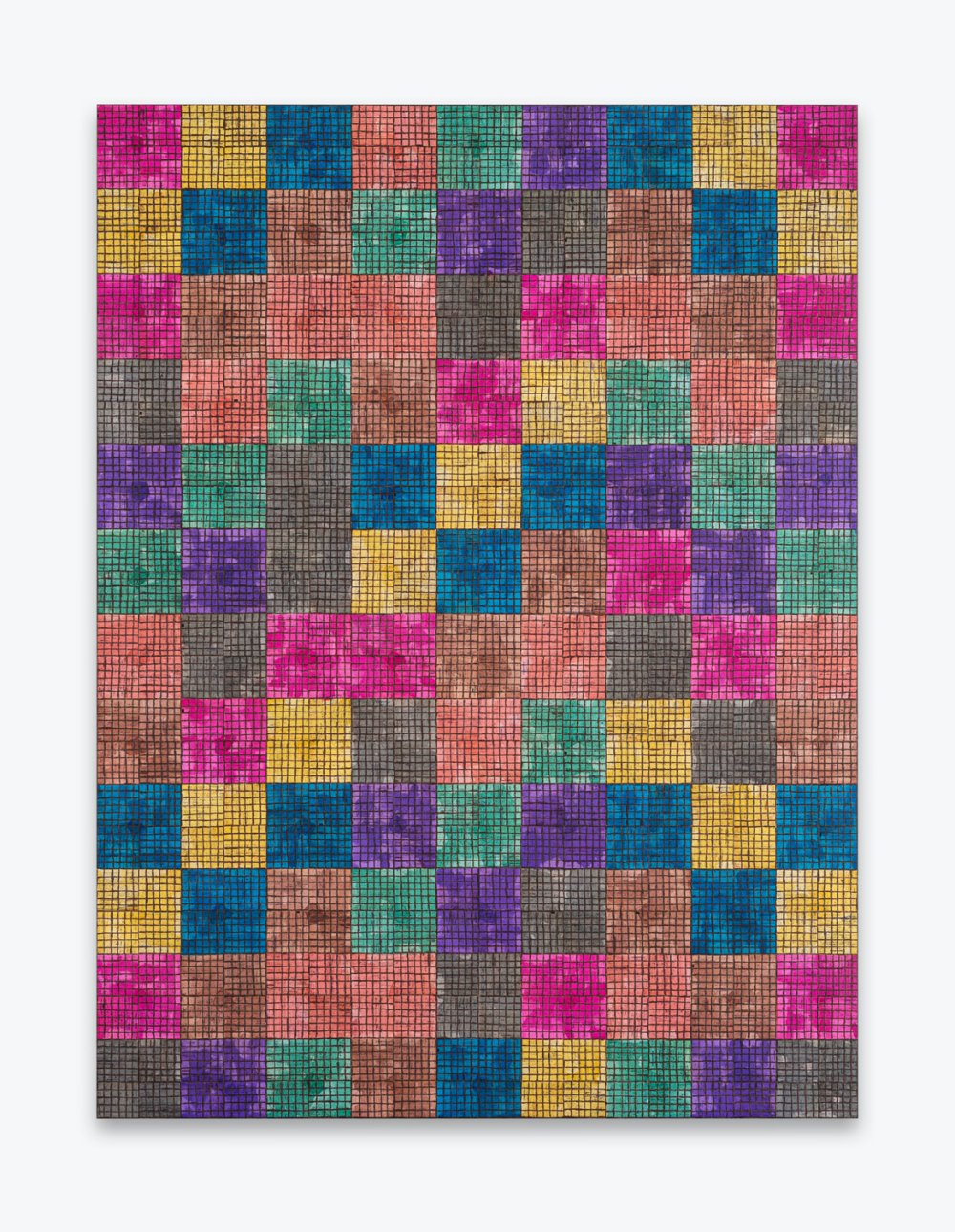 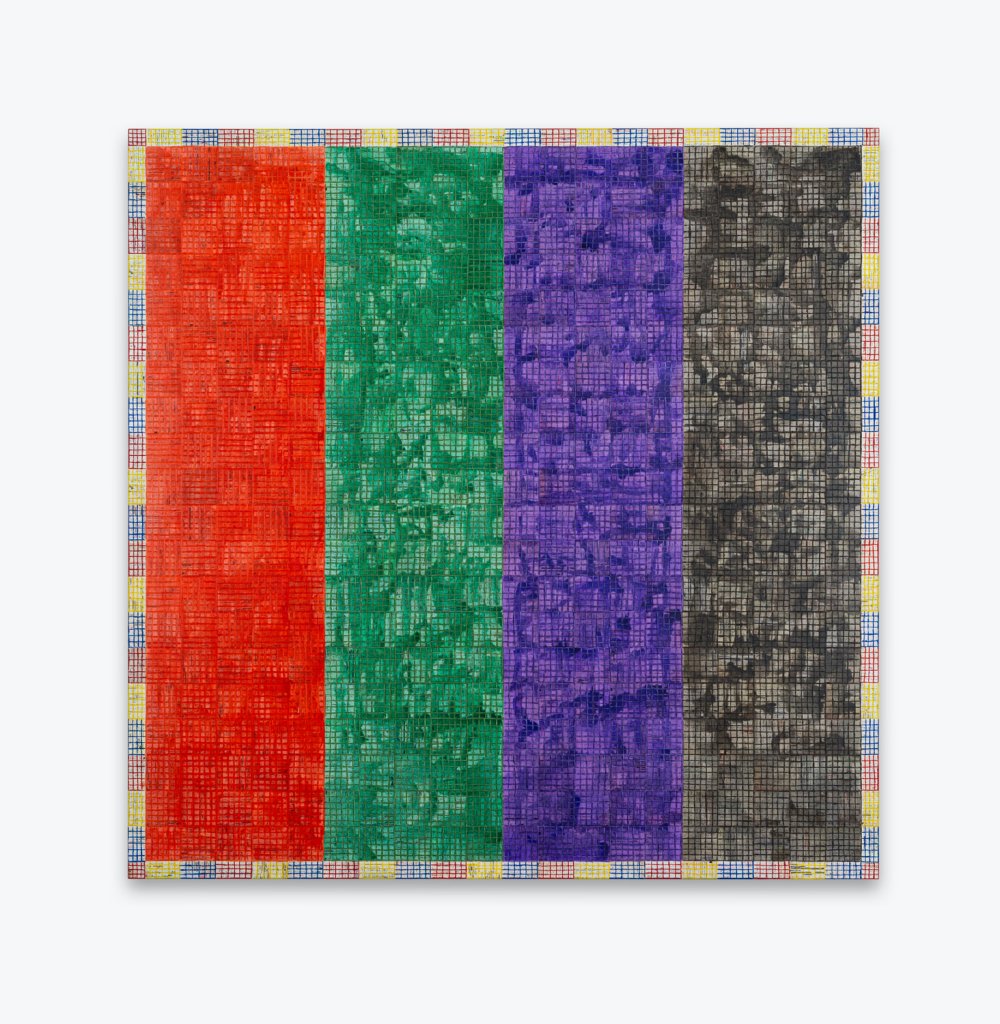 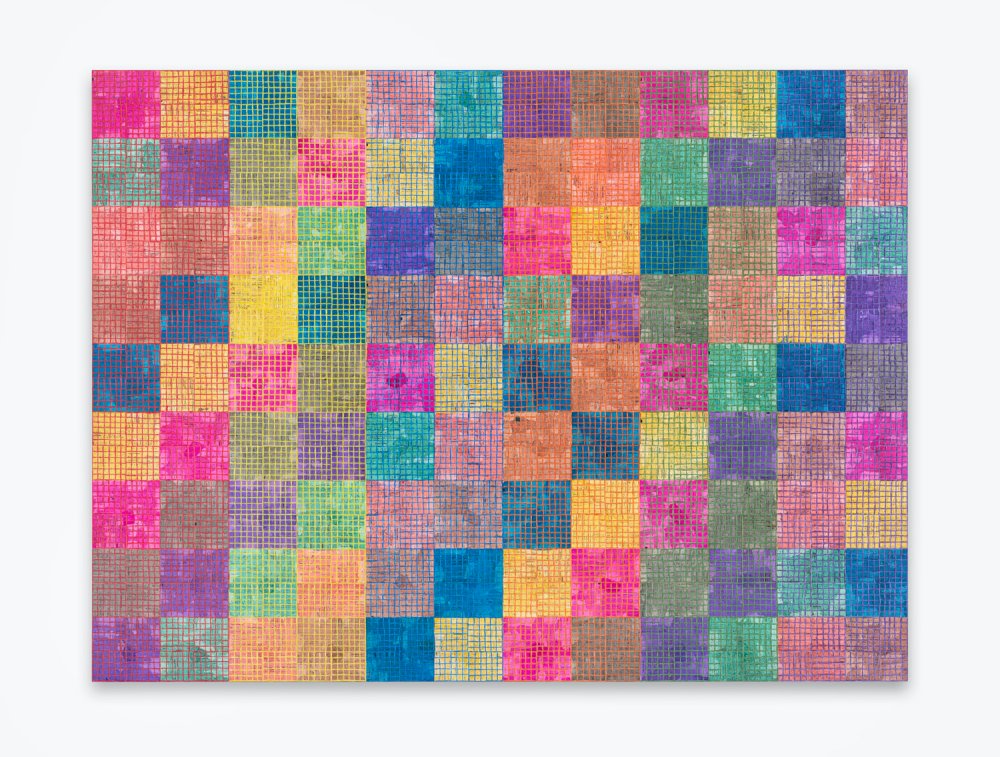 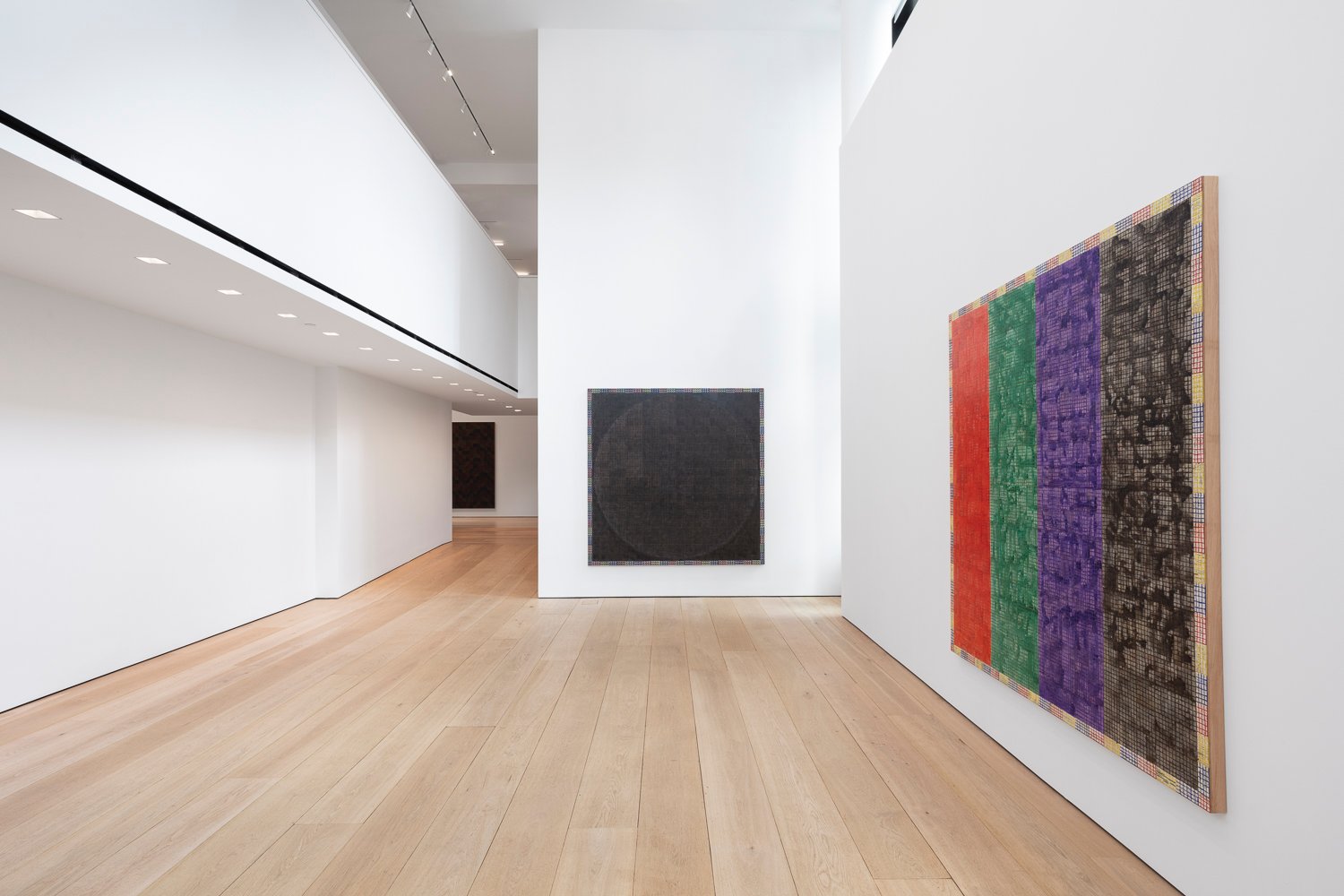 Over the last 40 years Binion has produced an expansive body of work that engages language, African American history, identity, color theory, and the genres of modernism, minimalism, and geometric abstraction in ways that are intensely personal and dedicated to the rigorous process of painting. Often combining elements of collage with drawing, oil stick, and ink, Binion’s autobiographical abstractions are comprised of minimalist grids that are layered over an “underconscious” of personal documents and photographs―including photocopies of his birth certificate, pages from his 1970–1990’s address book, pictures from his childhood, and found photographs of lynchings. In Modern:Ancient:Brown Binion continues this practice, layering grids, bands, and tiles of color over an underconscious that includes much of this past material with the addition of select self portraits, bringing the full expanse of his palette to bear in each individual work.

Binion has been building his repertoire of color since the 1970s, from his early experiments with the tactile heft of oil stick and crayon to the introduction, in 2014, of the rich saturation of ink into his practice. The artist’s use of color, both subtle and bold, has always carried strong personal and conceptual signification and he has frequently noted that his use of brown is in direct reference to his own body and skin color. Binion’s previous multicolor works have often been part of his exploration of pattern or rendered in subtle, softer ways that allow the underconsious to more explicitly come to the fore. In the paintings in which color has been one of the primary “subjects” of Binion’s work, his surfaces seem to radiate with an energy akin to Rothko’s color fields. Throughout Modern:Ancient:Brown, Binion breaks away from his previous applications of color and employs a style of almost explosive “alloverness,” incorporating dense new gradations and tones that fall within the spectrum of his eight core colors―red, orange, yellow, green, blue, violet, burnt sienna, and sepia―together at once.

This exhibition, in pattern, color, and content, unites all of Binion’s previous series into one body of work, and in some instances within a single painting. One can identify remnants of Binion’s DNA series, which was marked by his use of personal ephemera, particularly his address book and birth certificate, the checkerboard borders of colored oil stick he experimented with during the 1980s when he first began to incorporate found images and framing devices into his work, and the inclusion of geometric shapes that were a key element of his practice during the 1970s. In Modern:Ancient:Brown (2021), Binion creates a border of alternating blue, yellow, and red oil stick grids that frame wide singular bands of red, green, blue, and black ink. This density of color is layered over square, tiled copies of his address book, and within one painting we are offered the full scope of Binion’s practice—personal history, the grid, color theory, issues of race, geometric abstraction, and the style of allover action painting that was born from his experimentation with ink.

Having begun his career as a writer, titling has always been a significant component of Binion’s practice, offering hints at the underlying meaning of each work. Modern:Ancient:Brown, used as the title of the exhibition, the series, and each painting, illustrates the labor intensive and repetitive nature of Binion’s practice. The seriality of his titles often mimics the gestural quality of his work, while the intentional capitalization and punctuation bears its own objectness. In addition to referencing the artist’s own initials (MAB), Modern:Ancient:Brown is also the name of Binion’s recently established foundation, created to support the intersection between the visual and literary arts in the Detroit community through an artist grant campaign and residency program. The exhibition ultimately functions as a self portrait of sorts, reflecting Binion’s entire oeuvre, his moniker, and his larger concerns around historical accuracy and inclusion. Both the Modern:Ancient:Brown exhibition and foundation offer alternative versions of art history and contemporary art practices that encompass the personal, art historical, and formal complexity that have come to define McArthur Binion.

________
In conjunction with the exhibition, Lehmann Maupin will present a single painting in the gallery’s second floor viewing room, Stuttering:Standing:Still (LDM II) VI (2013), a collaboration with the artist’s longtime friend composer and musician Henry Threadgill, who wrote a composition in response to the work. The painting is dedicated to the late jazz musician, composer, and conductor, Lawrence D. “Butch” Morris, known for pioneering a structural improvisation method called Conduction. Strongly influenced by jazz, Binion has been particularly inspired by its many techniques, including Morris’, which have led him to the style he is known for today—structural improvisation in its own right. In creating his series of grids, Binion renders each one by hand, allowing for every imperfection and misalignment to remain visible. One of the names in his address book, Morris appears in the underconscious of Stuttering:Standing:Still (LDM II) VI, a seemingly subconscious nod to the inspiration of the musician. Throughout the course of the exhibition the gallery will play Threadgill’s score, allowing visitors to experience the full collaborative nature of the work.