Lehmann Maupin presents DNA:Study/(Visual:Ear), an exhibition of new work by pioneering Chicago-based artist McArthur Binion (b. 1946, Macon, MS) at the gallery’s newly expanded Seoul location. Binion has for decades undertaken a careful and innovative exploration of abstraction, suggesting its unique capacity to both obscure and reveal aspects of identity. Highlighting the depth of the artist’s practice, the Seoul presentation marks Binion’s fifth solo exhibition with the gallery and features new paintings from two of his most evocative bodies of work, DNA and Visual Ear. 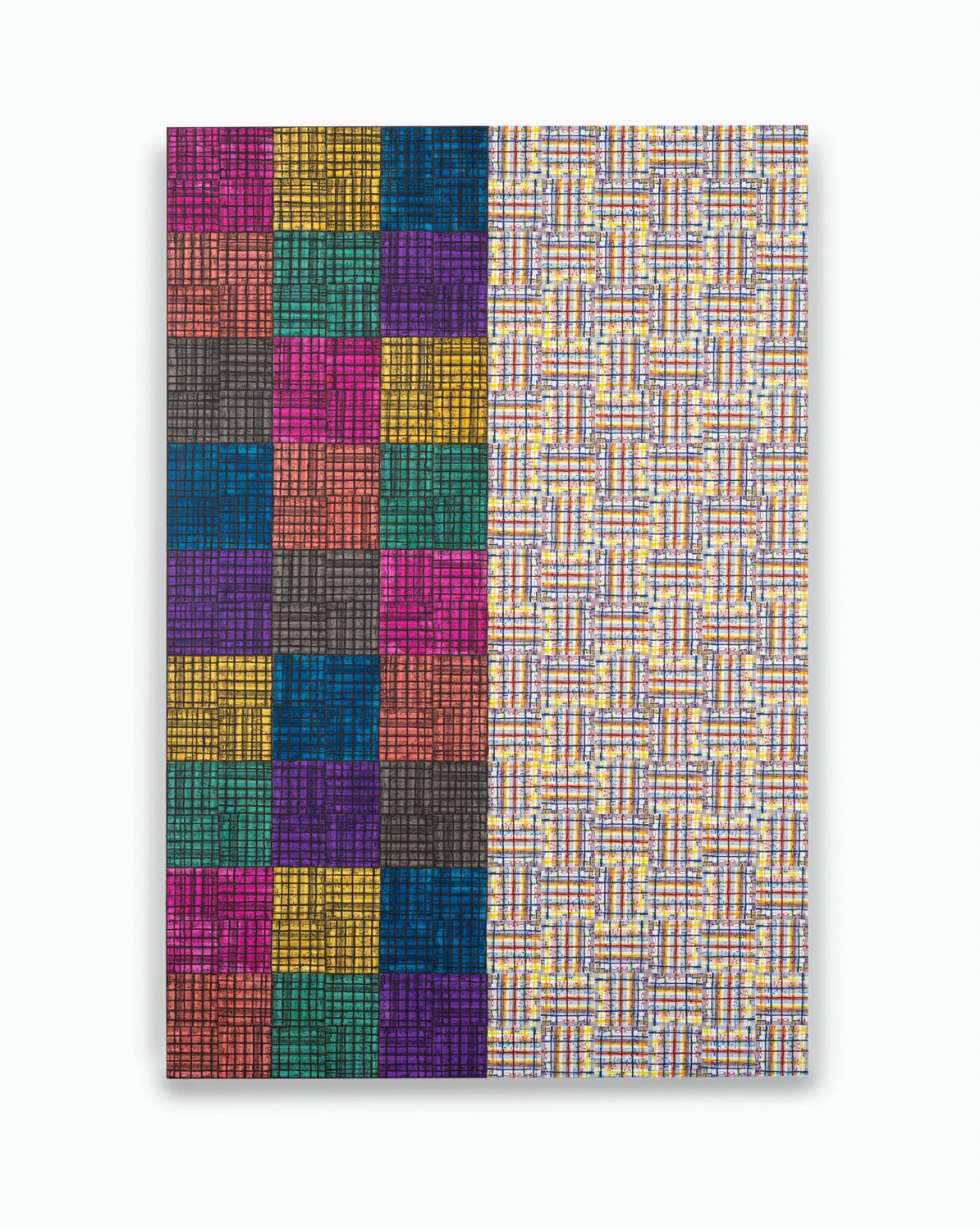 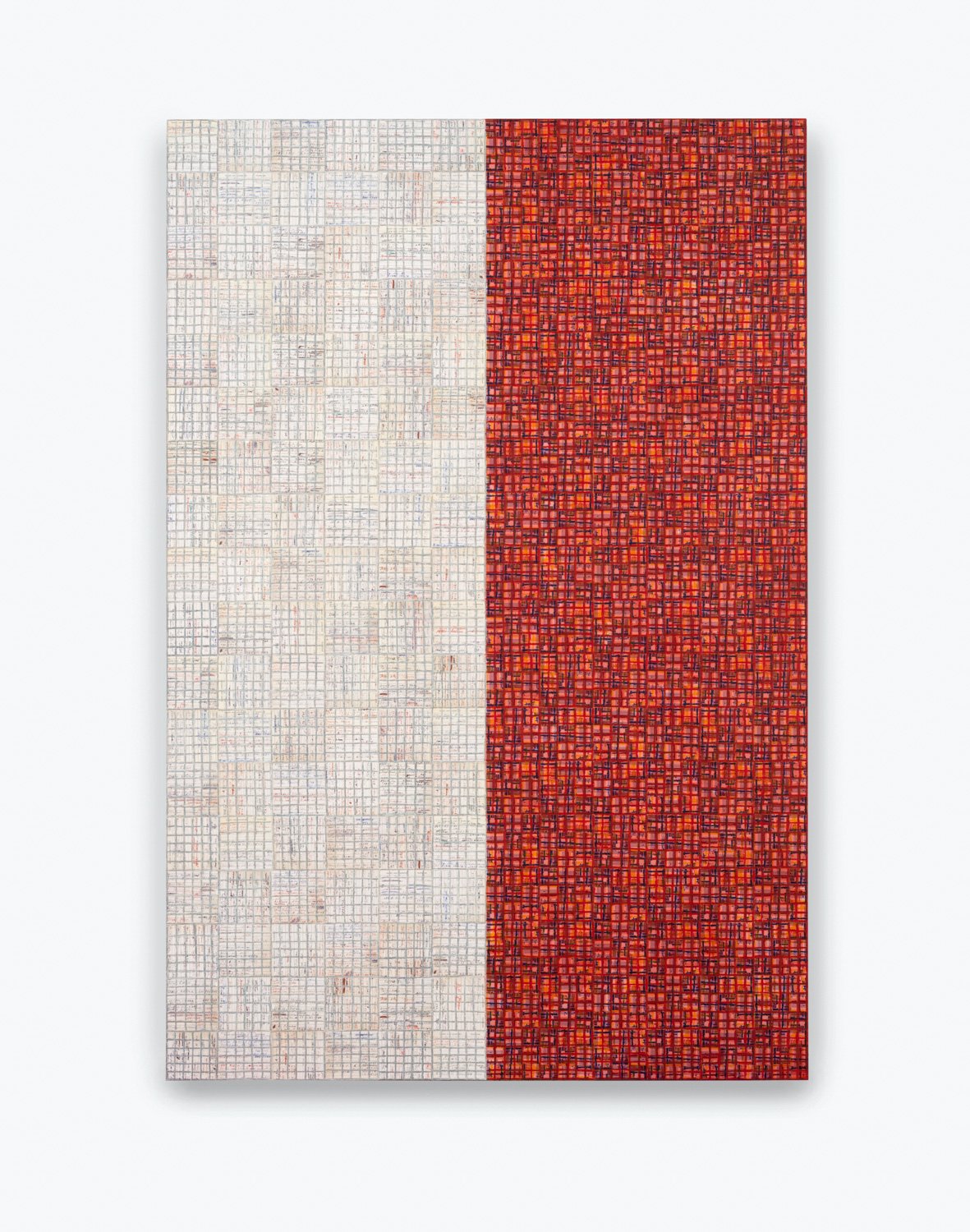 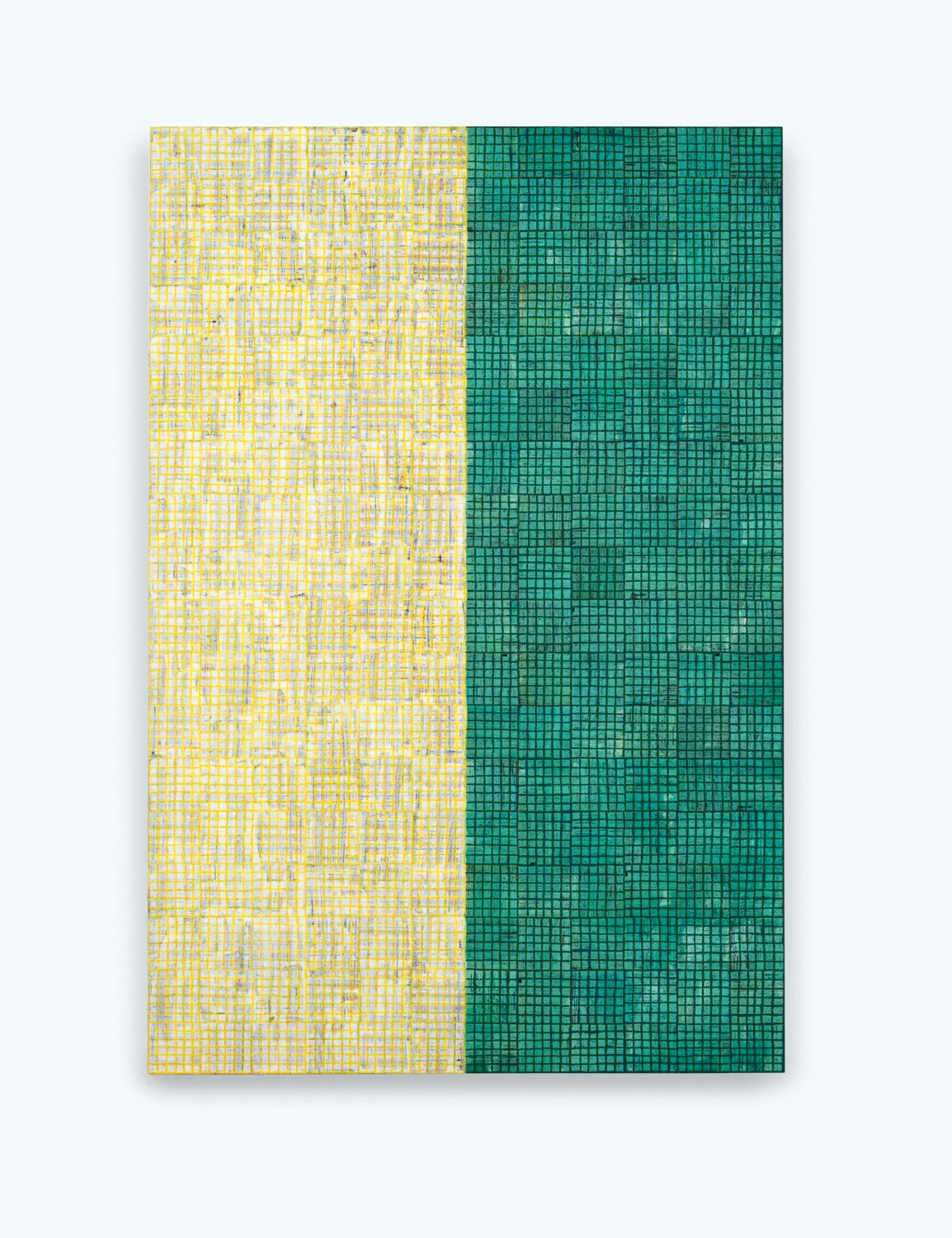 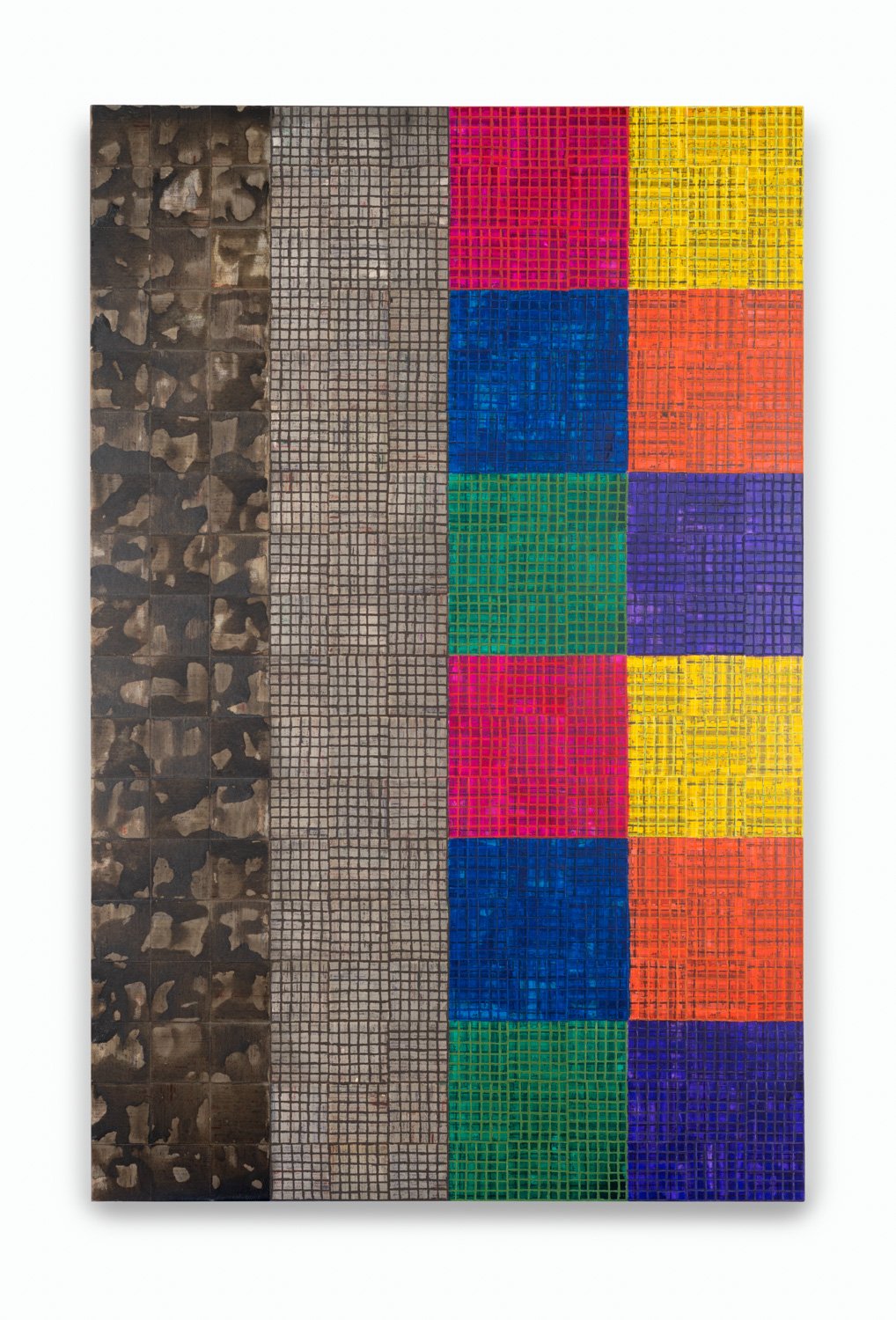 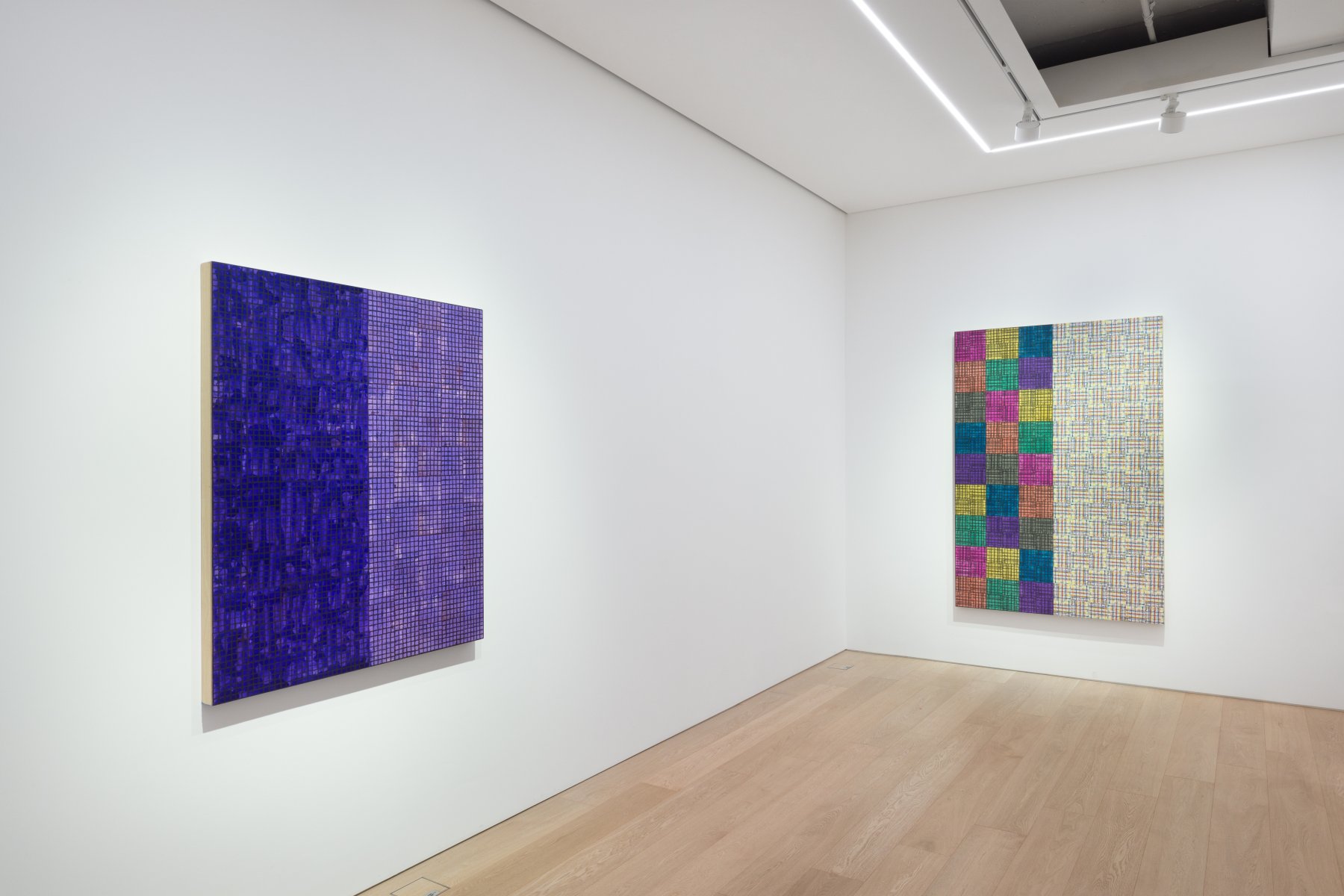 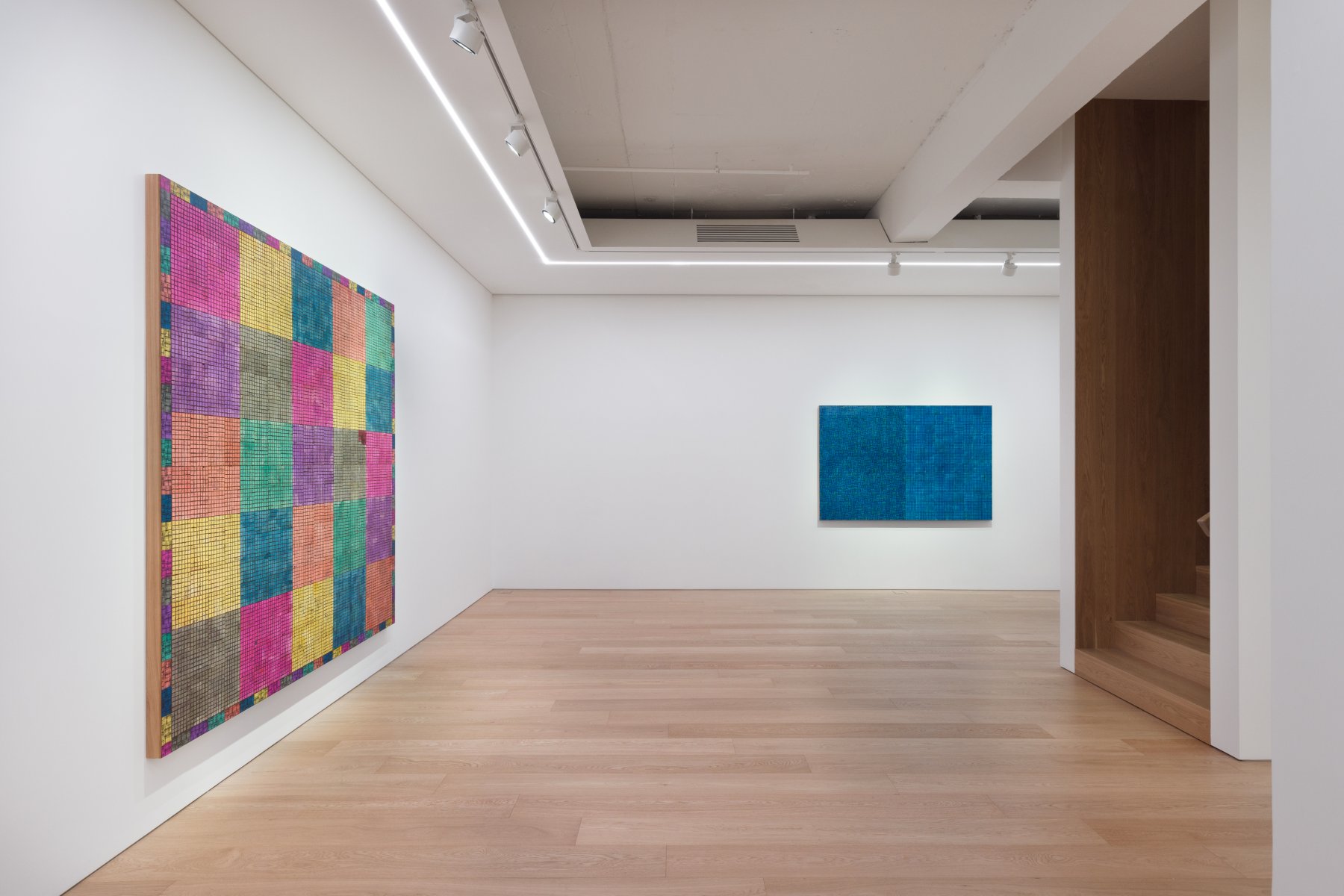 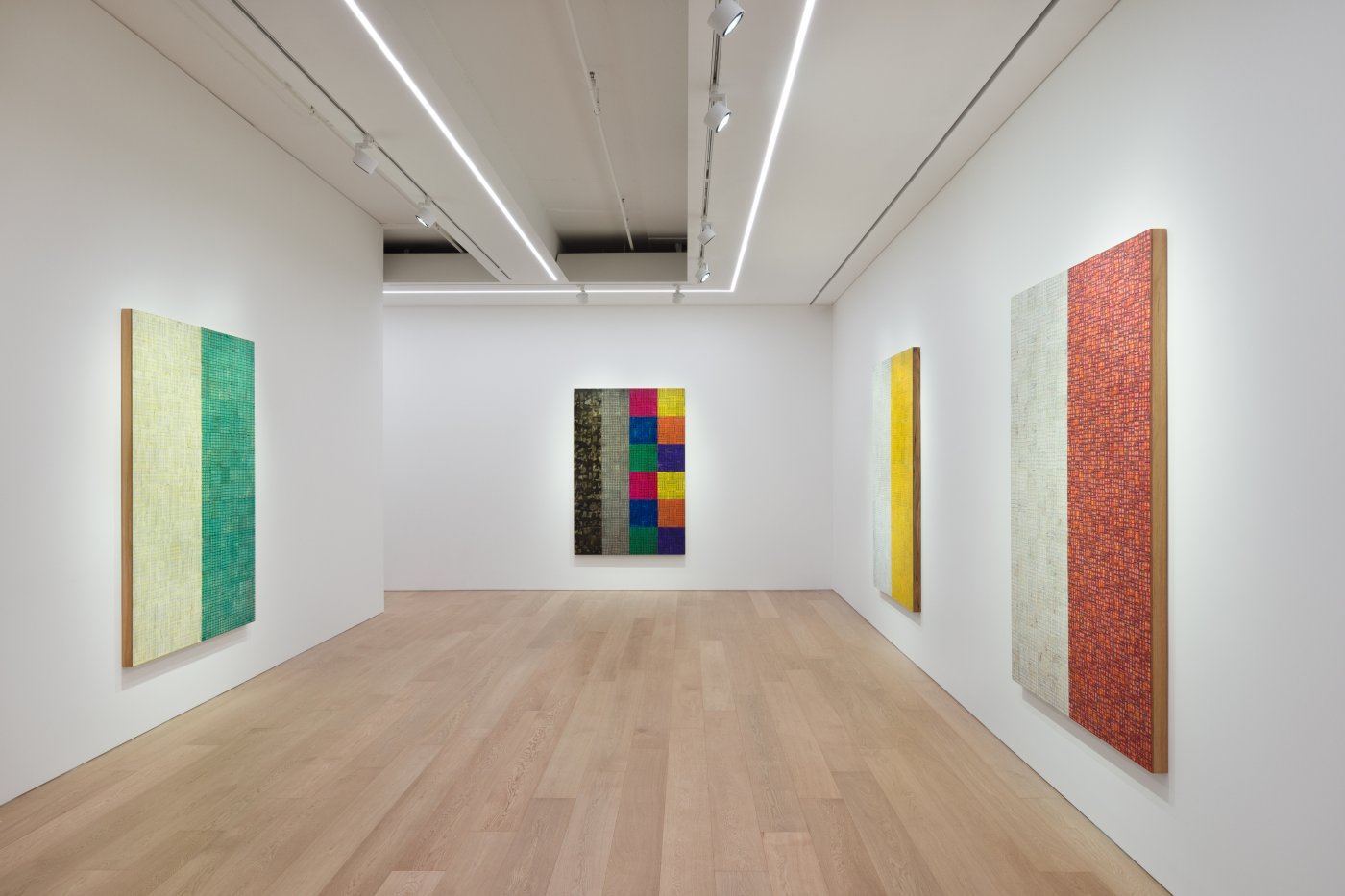 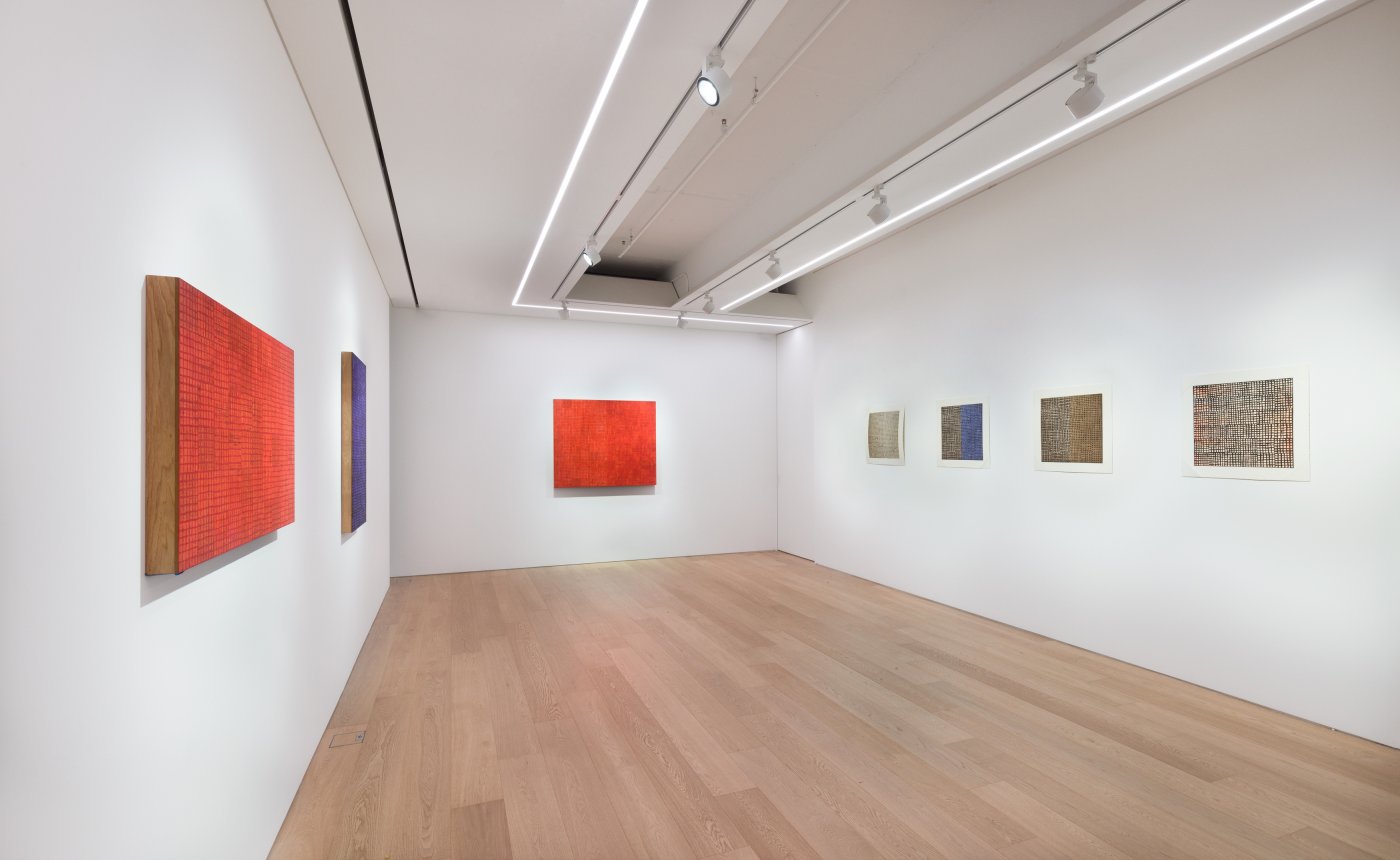 Across his practice, Binion engages with hallmarks of Minimalism and Conceptualism—grids, serial forms, and repetition all operate as strategic devices in the artist’s work. Crucially, however, where many Minimalist and Conceptual artists valued these compositional tactics for their informational, supposedly neutral qualities, Binion reveals these seemingly orderly and dispassionate forms to be inextricable from formations of subjecthood. In each of the series, the artist creates grid-like structures over his characteristic “underconcious,” an underlayer consisting of photocopies of the images and documents, which appear partially visible, partially obscured. Some works incorporate photocopies of the artist’s personal documents—such as his address books, passport, and birth certificate, while others also include sheet music from “‘Brown Black X,” a composition by Pulitzer Prize-winning musician Henry Threadgill specially commissioned by the artist. Throughout his decades-long career, Binion has taken significant inspiration from music, describing jazz as an influence more important to him than any art historical precedent.

Binion’s works suggest their own rhythms. Repetition is an integral component of the artist’s practice, and he mobilizes seriality as a vital strategy throughout his work. Within a single painting, Binion multiplies a chosen image or document across the surface to create a repeating gridded or geometric surface. He also characteristically works in series, returning time and again to similar compositions, color palettes, images, and documents. For Binion, repetition is profoundly personal. Influenced by his own struggles to communicate, he infuses Conceptual and Minimalist aesthetics of seriality with personal experience, and he gestures to repetition’s affective possibilities.

Binion’s practice is closely connected to the American South. Terming himself a “rural Modernist,” the artist has stated that his early childhood exposure to manual labor on the Mississippi cotton farm where he was born was foundational to the development of his artistic style. Not unlike agricultural labor, Binion’s process is both labor-intensive and physically demanding, and he applies considerable pressure to his surfaces to create thick, expressive marks in oil stick. This technique requires so much exertion that the artist had to become ambidextrous to execute his earliest works, using one hand in order to periodically rest the other, and the resulting objects are dynamic surfaces that reveal physical traces of the artist’s hand and body. For Binion, geometry functions as a covert expression of identity, evidencing both personal history and artistic labor.

With DNA:Study/(Visual:Ear), Binion fuses his interests in visual and sonic modes of expression. Probing the complexities of process, Binion demonstrates that Conceptual and Minimal tactics might also suggest hints of subjecthood, with subtle rhythms and vital signs.