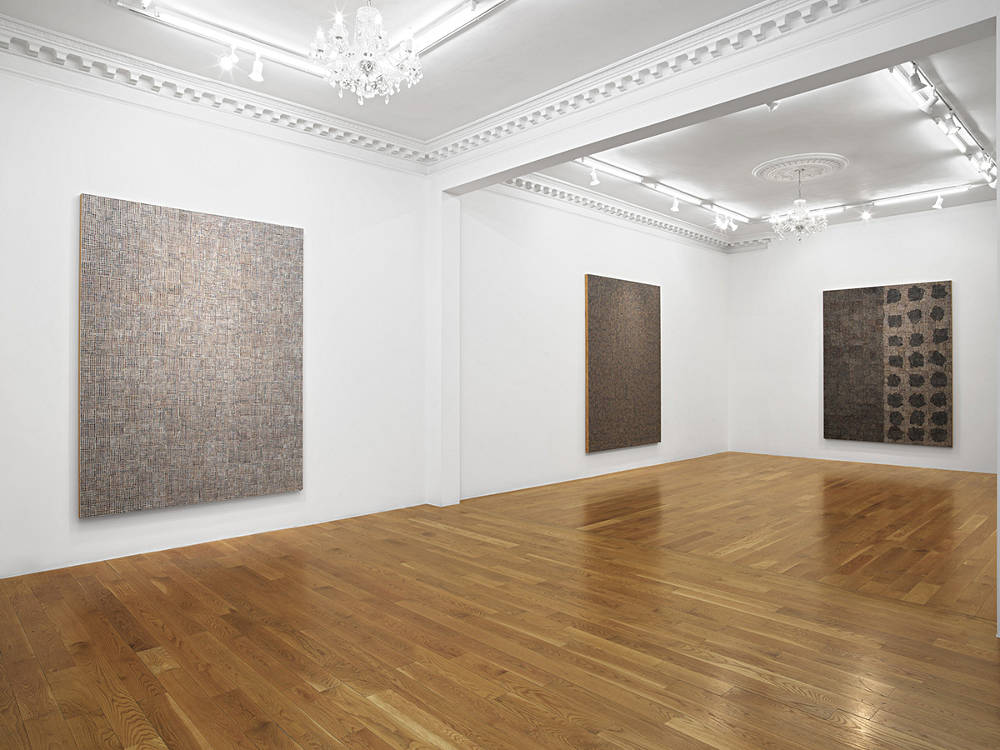 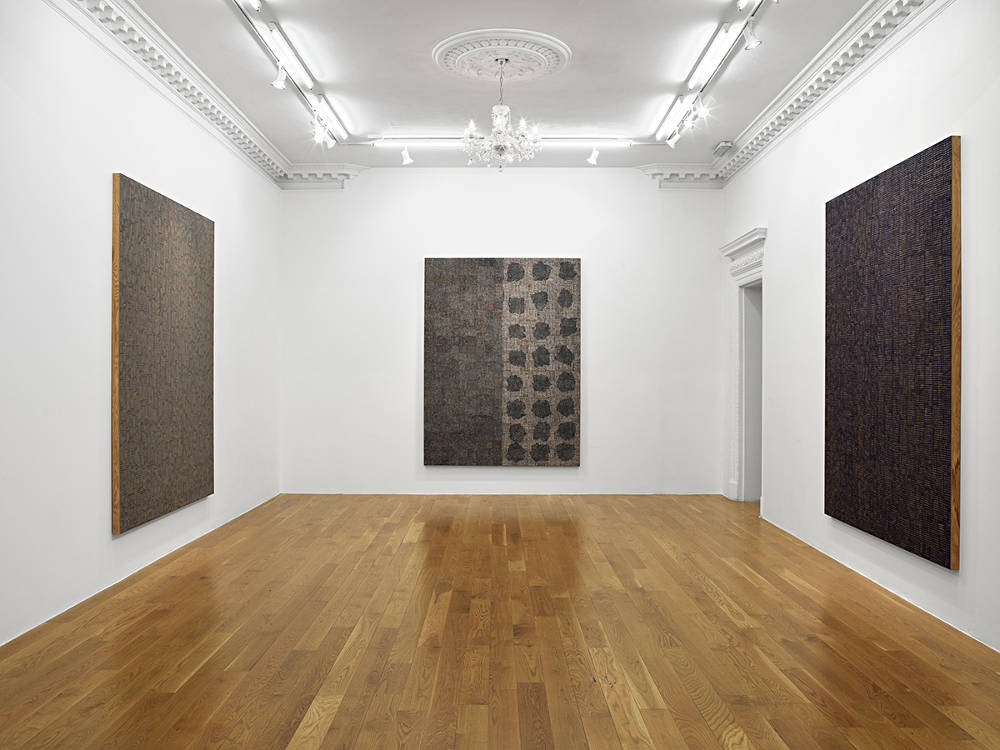 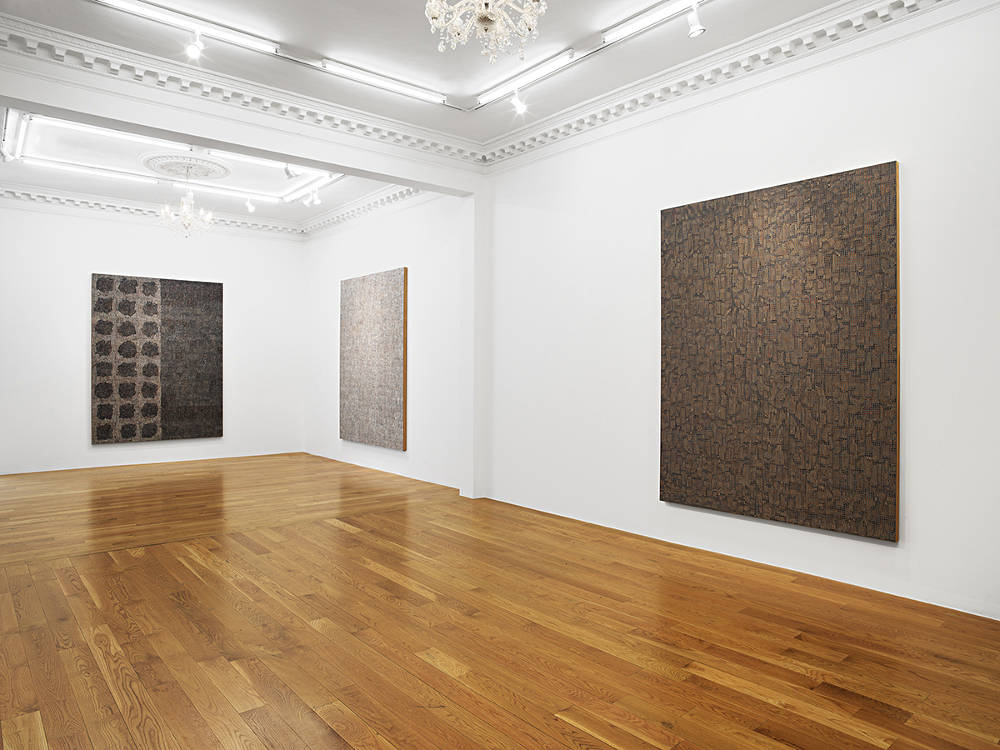 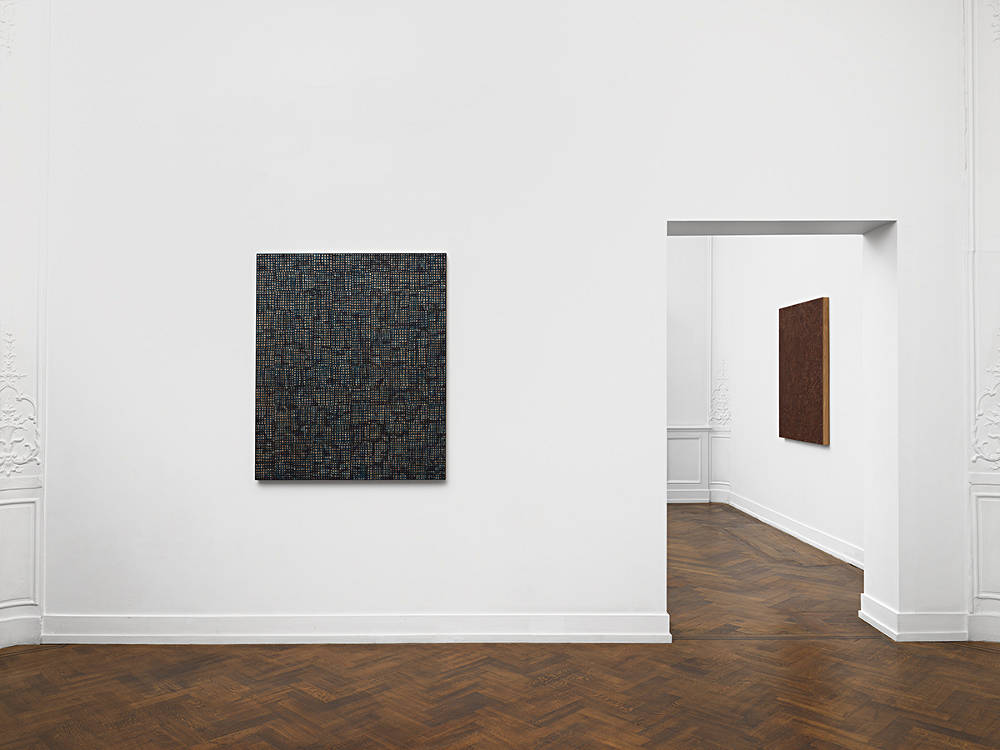 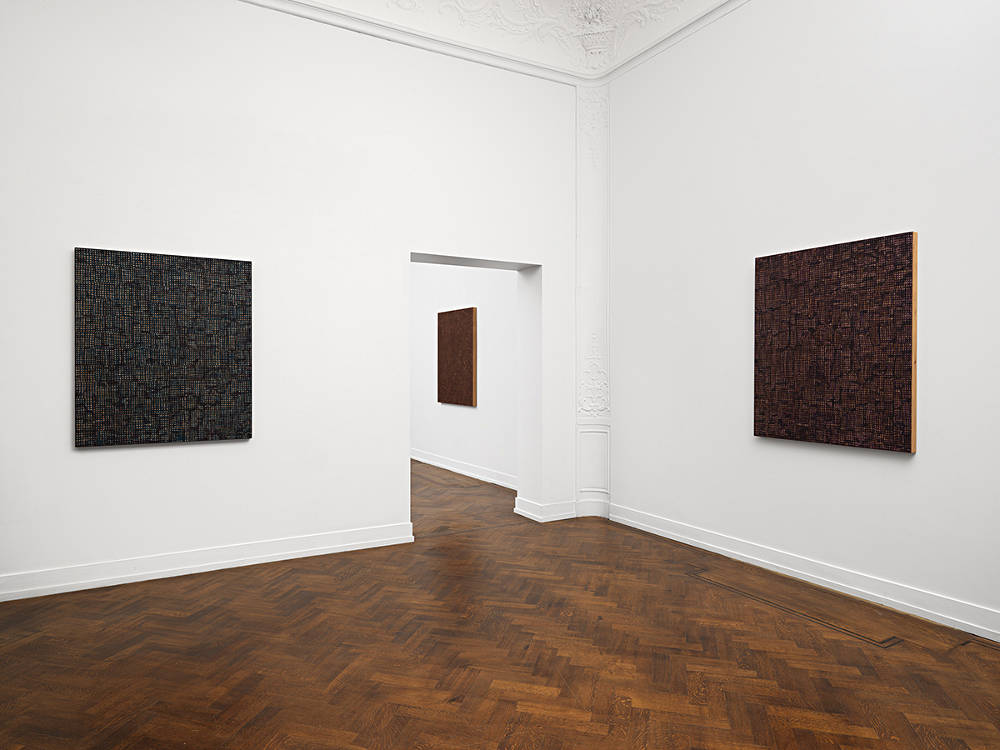 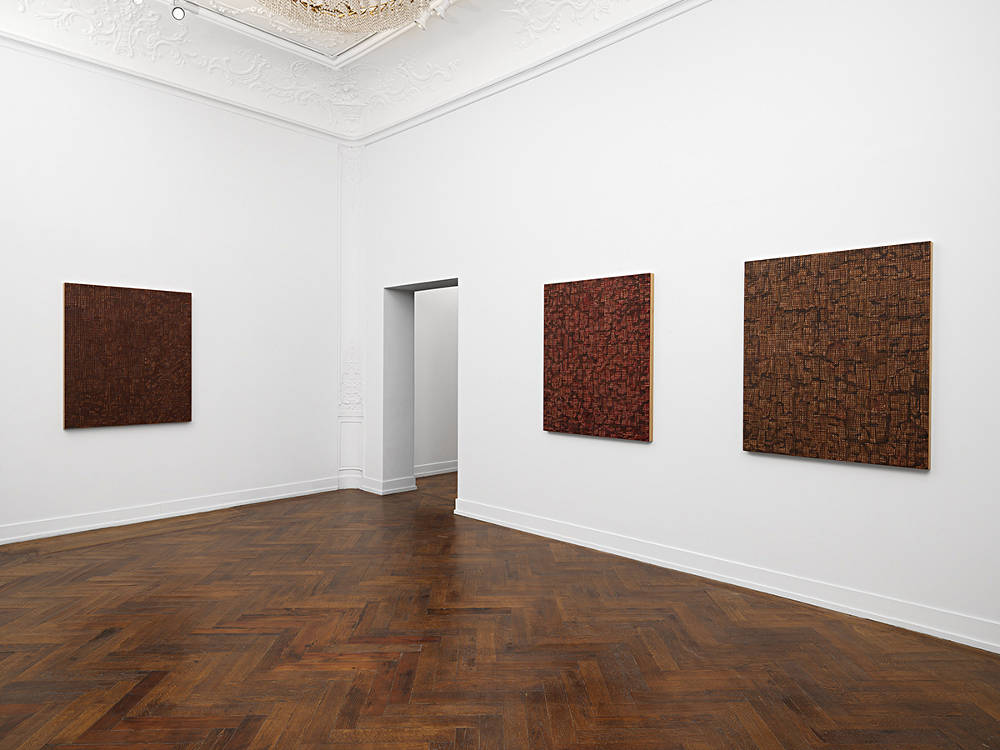 American artist McArthur Binion was born in Mississippi in 1946 and is now based in Chicago. Throughout his fifty-year practice of assemblage painting, the artist has interwoven individual memories with historical recollection and his experience of America in the past, by layering paint and personal memorabilia onto large-scale canvases.

The group of works shown in London are part of his DNA series, which commenced in 2013 and is on going. In each of these works the artist blends private documents, such as negatives of his birth certificate (which references the situation of many that, like him, were born in rural communities and whose births were never recorded) and hand written pages of his old phone books (where names from the past such as ‘Mary Boone’ and ‘Basquiat’ evoke the 1970s and 80s New York art scene) are covered with layers of painted coloured grids, that conceal and at the same time introduce the narration element of his practice. The use of personal documents asserts the artists own existence and the layers of paint encompass the artists experience with authority and the art world in America. Talking about the series Binion stated that he was interested in “how to bring something into being: not to have it fabricated but to work in an applied way”.

The intricate surfaces of the canvases become abstract shapes and motives: the artist’s archival belongings, that can only be seen when in very close physical proximity to the canvas, are transformed by the paintbrush into weightily textured patterns and reflect the importance of the influence of Modernism in McArthur Binion’s practice. The DNA series are “notions of self-awareness and self-discovery, a conscious reflection on himself and to the historical discourse he has contributed to”.