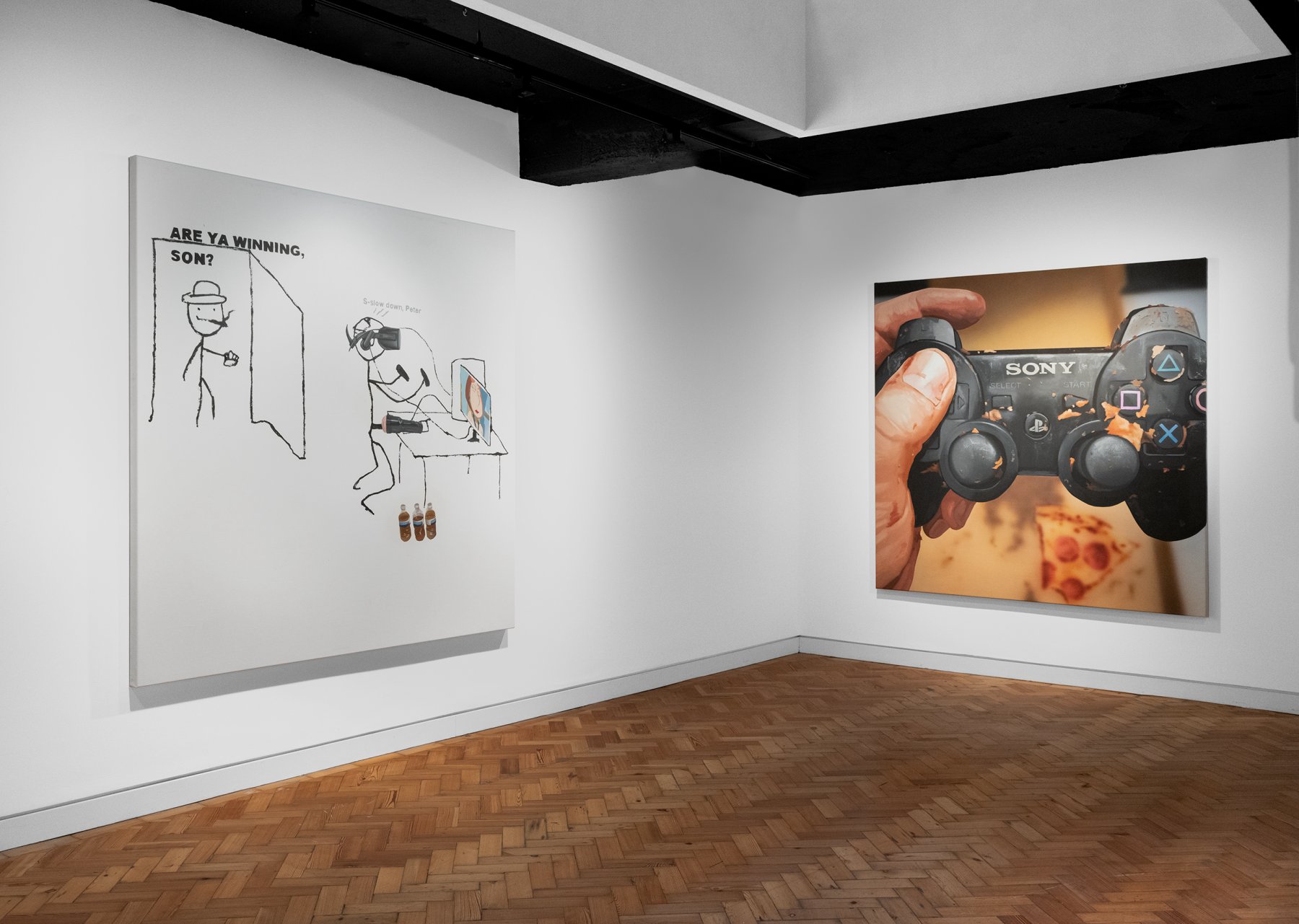 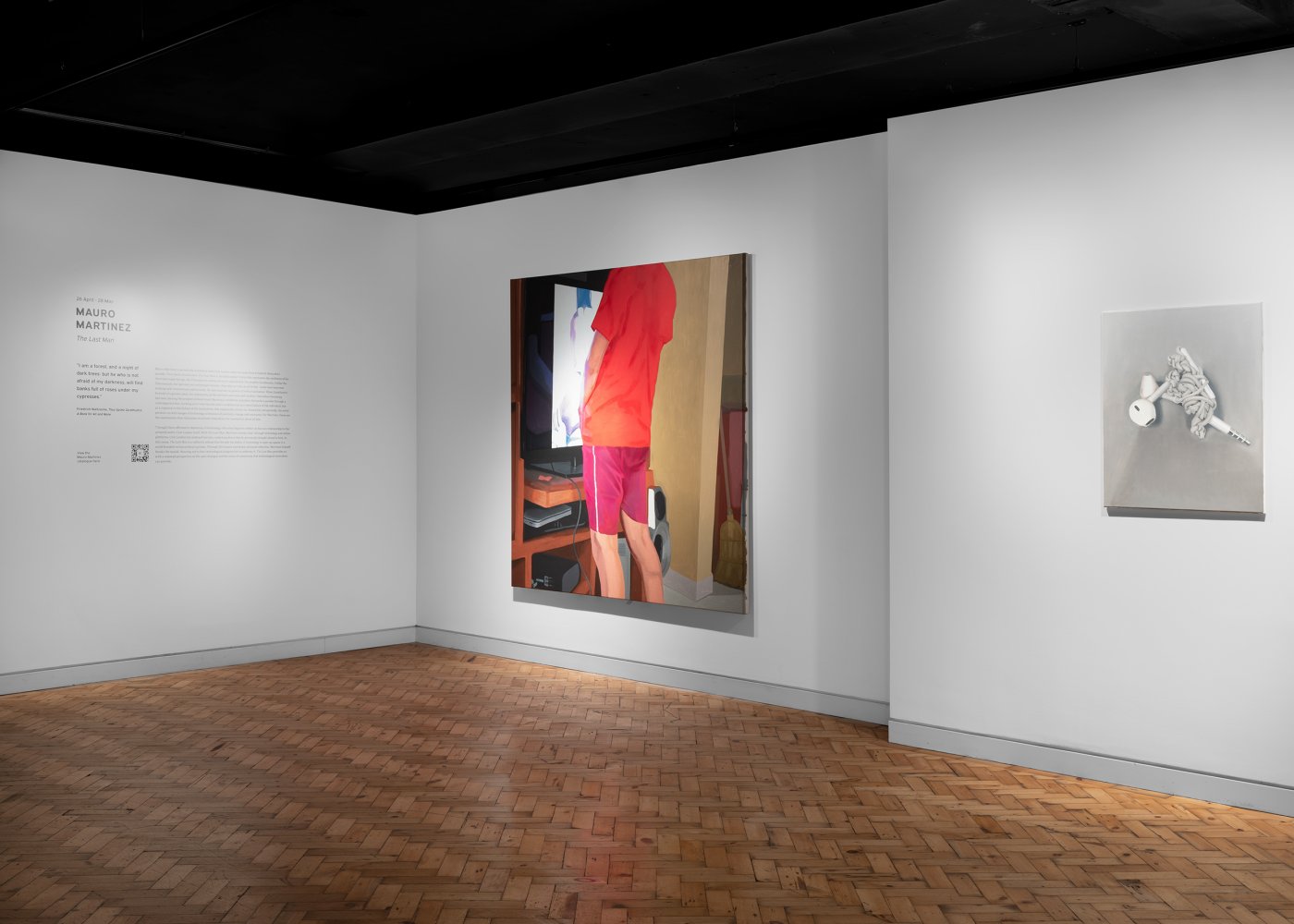 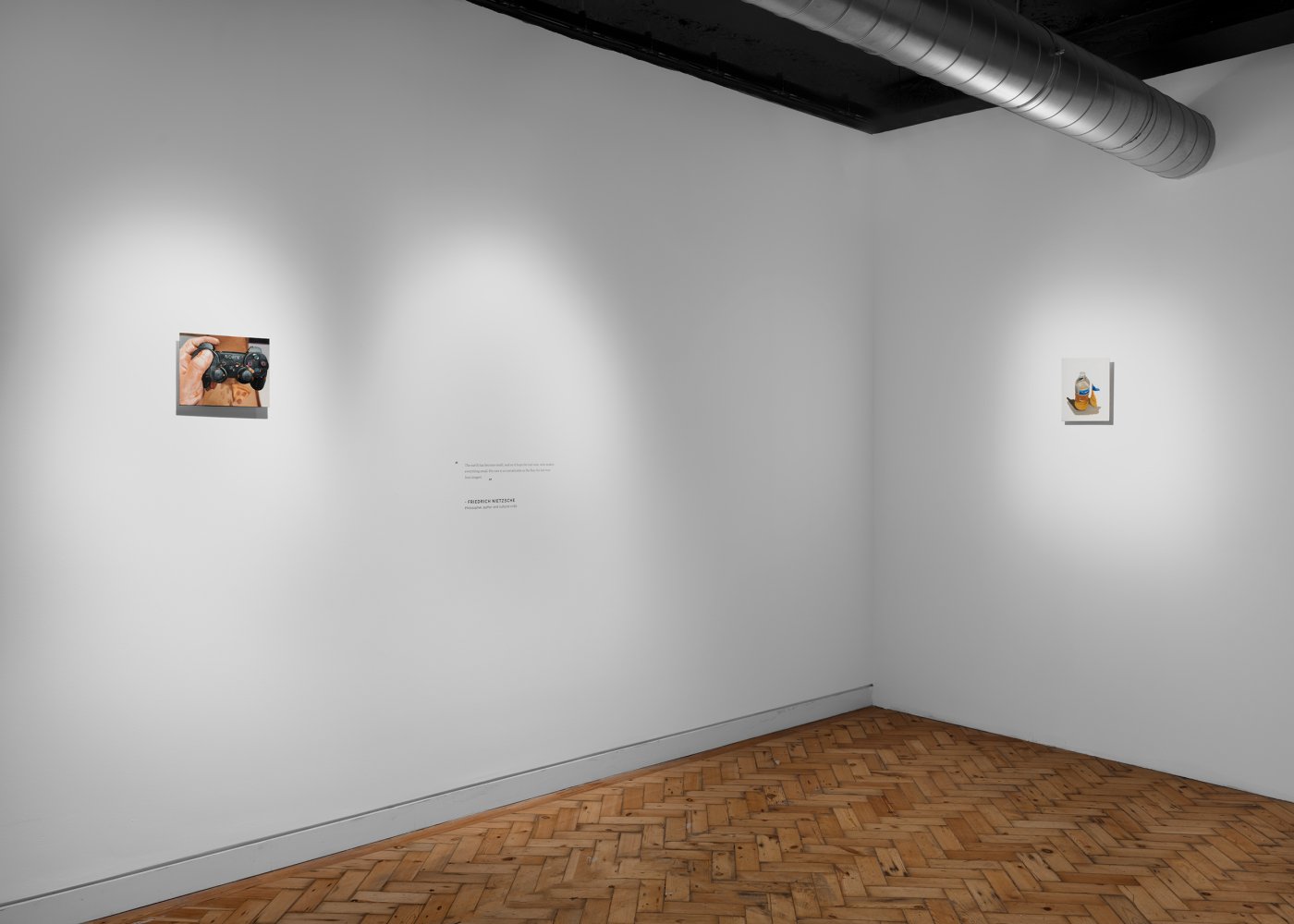 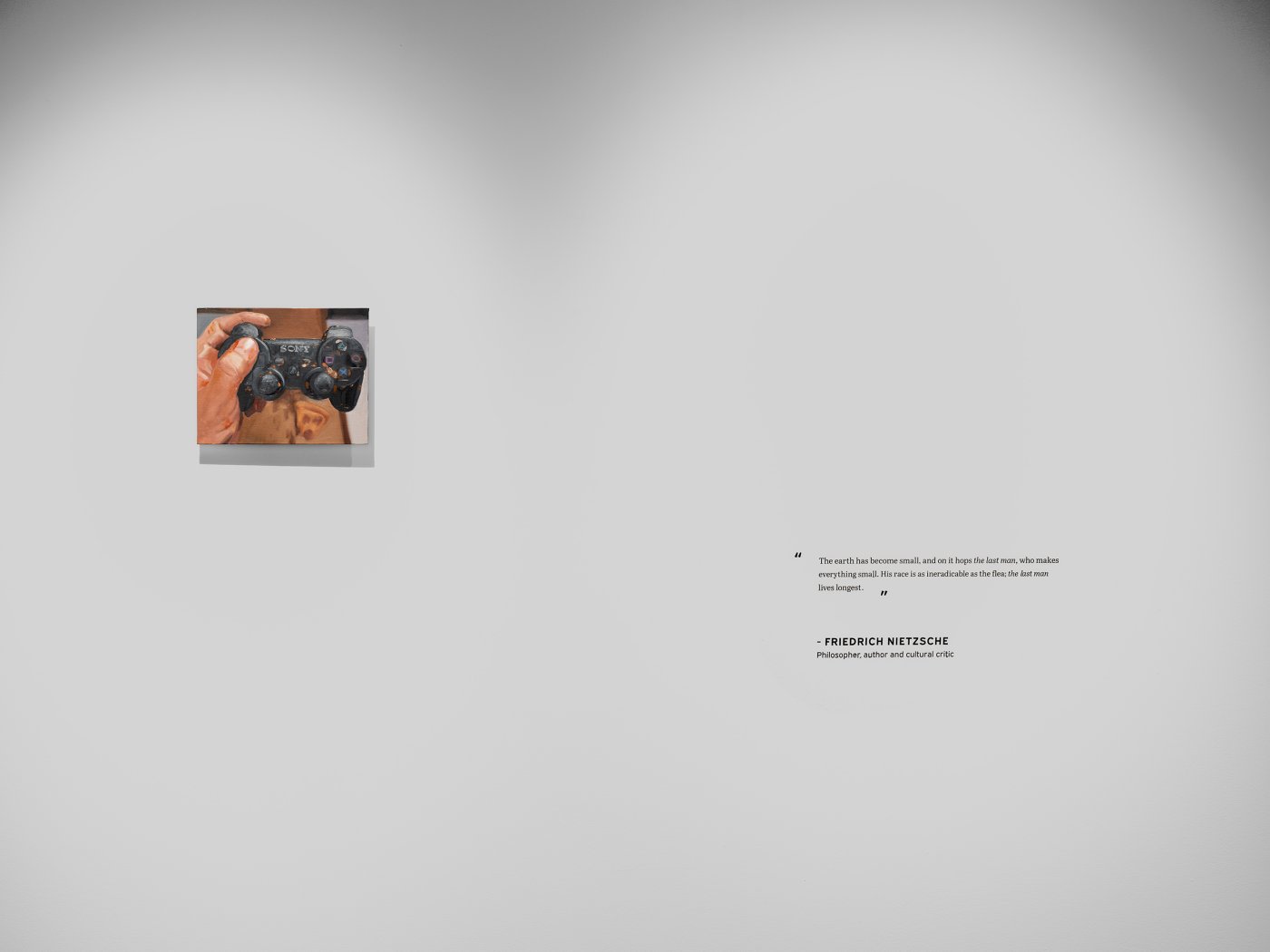 Mauro Martinez’s second solo exhibition with Unit London takes its name from Friedrich Nietzsche’s parable, Thus Spoke Zarathustra. The Last Man is the philosopher’s term that represents the antithesis of his theorised super beings, the Übermensch, whose arrival is signalled by the prophet Zarathustra. Unlike the Übermensch, the last men are archetypal nihilists, they take no risks as all of their needs have been met. Seeking only contentment and security, the last man has no powers of self-actualisation. When Zarathustra foretold of a greater ideal, his community preferred their own ease and comfort, themselves becoming last men, leaving the prophet disheartened. Martinez’s exhibition considers Nietzsche’s parable through a contemporary lens, inviting us to view the last man’s condition not as a moral failure of the individual, but as a response to the failure of the institutions that supposedly sustain us. Somewhat unexpectedly, the artist presents us with images of technology as beacons of positivity, change and resistance. For Martinez, these are the mechanisms that illuminate mankind’s deep desire for connection above all else.

These ideas are embedded within Martinez’s artworks, perhaps most profoundly in his largest painting, entitled The Last Man. The canvas work visualises the temptation of the last man theory as we move passed the floating sculpture entitled Zarathustra after Nietzsche’s prophet, to be captivated instead by the scale and detail of the painting. However, Martinez equally promotes more optimistic observations through his sculptures. In Mother and Child, a PlayStation console and controller hold each other in a tender embrace. Here, the artist presents technology as a nurturing force that often steps in when traditional family structures become fractured. Martinez references his own experience of growing up with an absent father, reflecting on the notion of being partially raised by technology. The artist also employs technological motifs to signify ideas of revolt against archaic systems and institutions. His animated sculptures, with legs made of steel, seem to ascend before us, defiant in the face of passivity and refusing to succumb to convention. When creating these works, Martinez considers the intricate makeup of technological structures, focusing particularly on wires and cables. The artist makes visible these parts that we usually hide from view, seeing them instead as anatomical threads that connect us, symbolising the veins and arteries that pump blood under the surfaces of our bodies. Martinez repurposes old wiring, elevating these seemingly outdated objects by drawing attention to the essential, yet invisible, parts of life that we all too frequently take for granted.

Through these affirmative depictions of technology, the artist begins to reflect on his own relationship to the artworld and to Unit London itself. With The Last Man, Martinez conveys that, through technology and online platforms, Unit London has widened barriers, unlocking doors that he previously thought closed to him. In this sense, The Last Man is a cathartic release that heralds the ability of technology to open up spaces in a world founded on hierarchical systems. Through this honest and deeply personal reflection, Martinez himself breaks the mould, choosing not to fear technological progress but to celebrate it. The Last Man provides us with a renewed perspective on the open dialogue and the sense of community that technological innovation can provide.