„The head is essentially where our image of the world is. The world is created in the head.“ Matthias Zinn

Mai 36 Galerie presents an exhibition of new works from the series K ö p f e [Heads] by Matthias Zinn. Following on from 2009 and 2011, this is the third solo exhibition by this artist at Mai 36 Galerie. 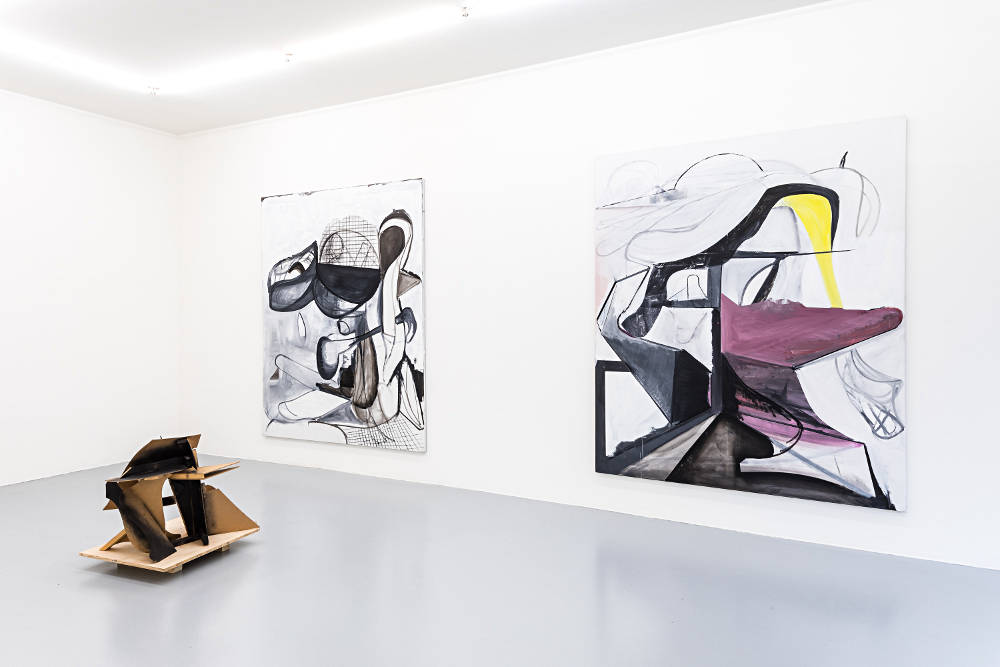 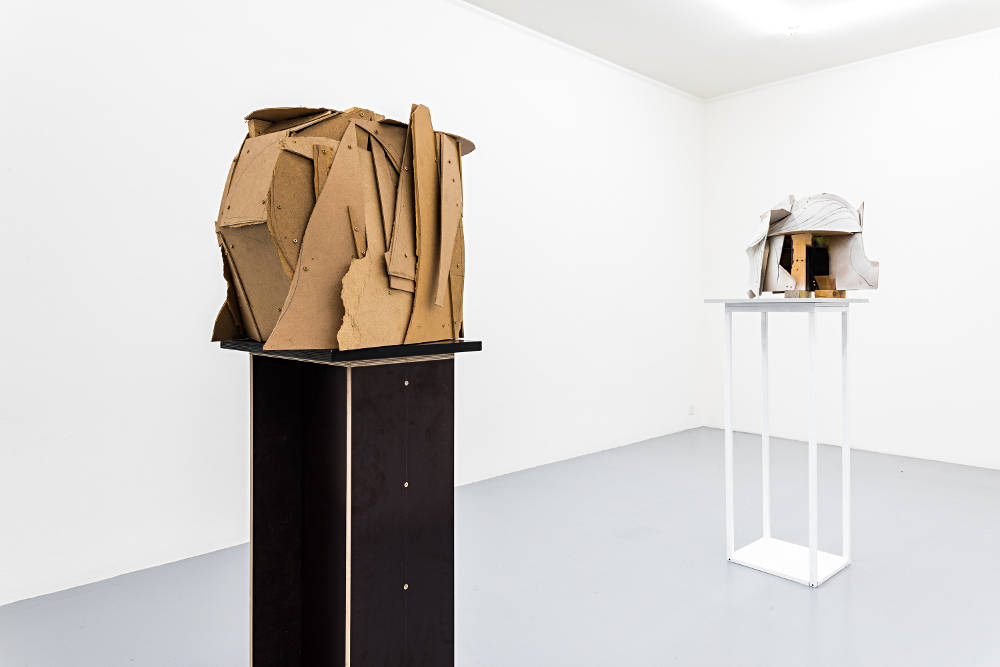 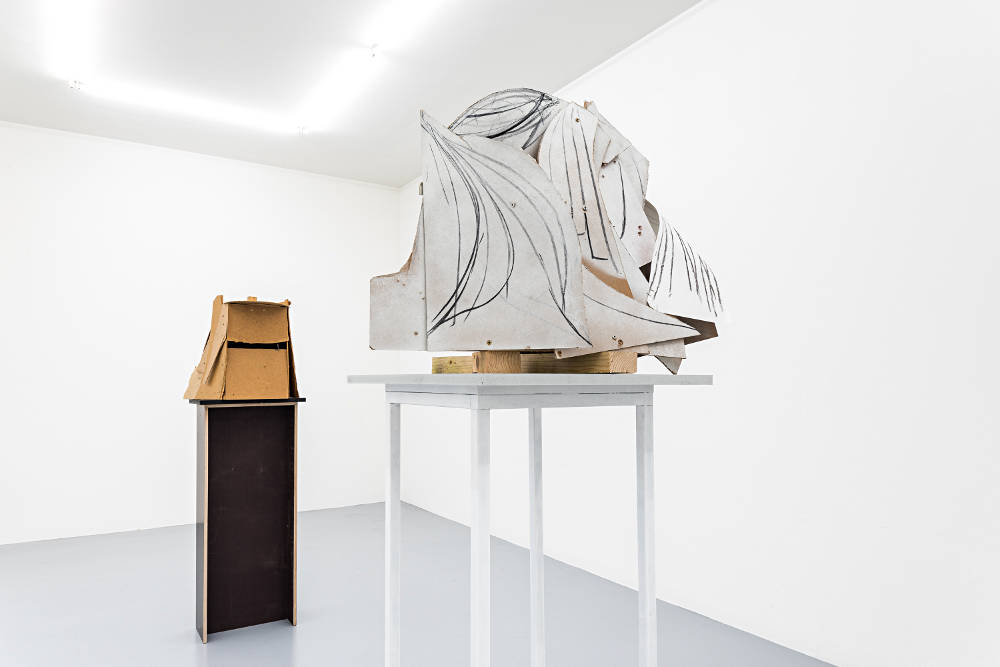 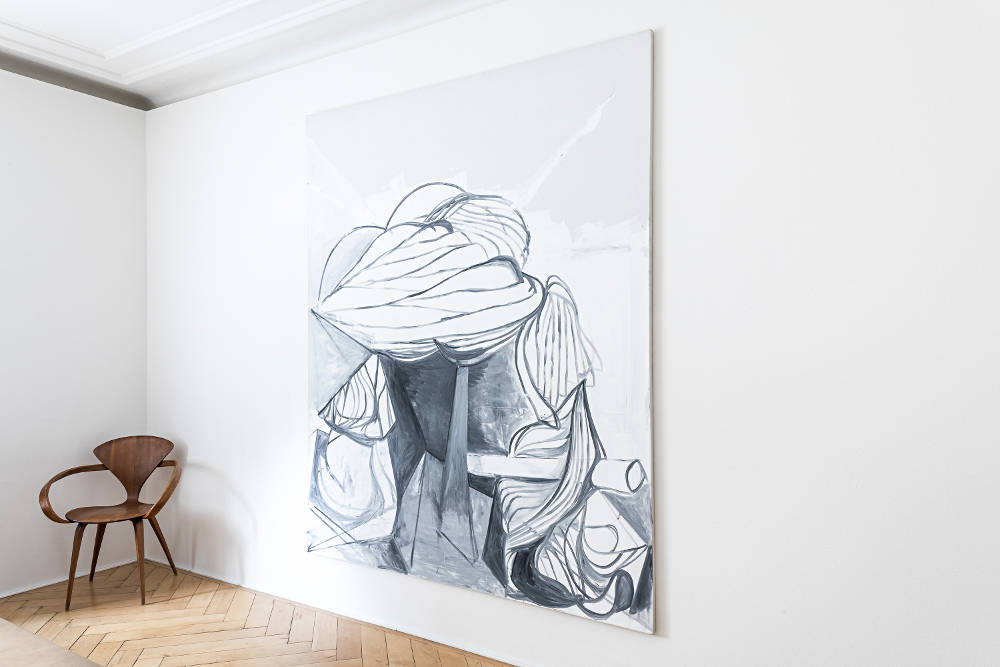 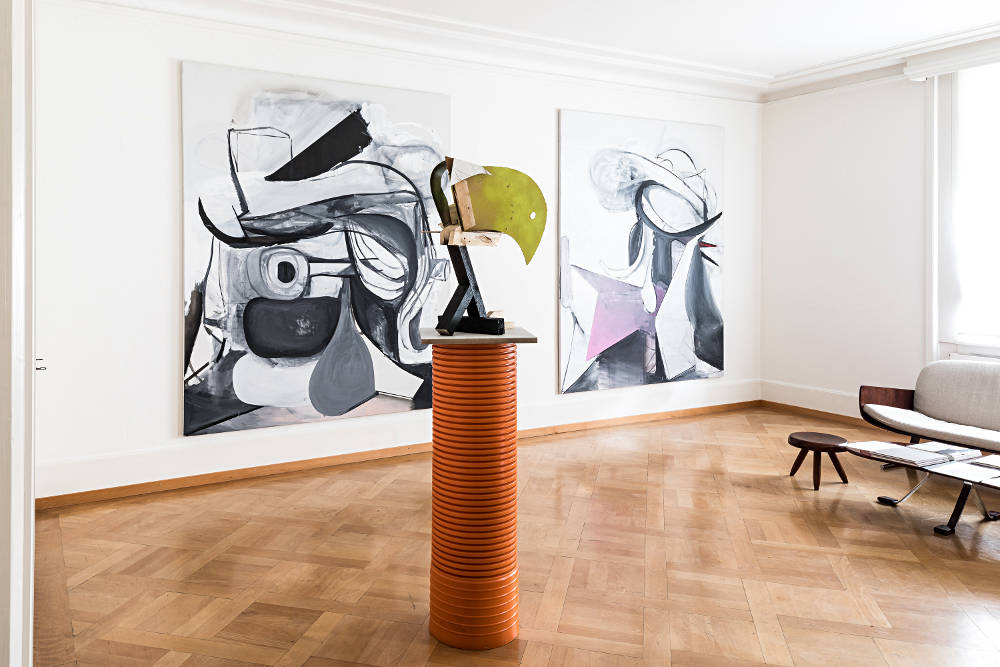 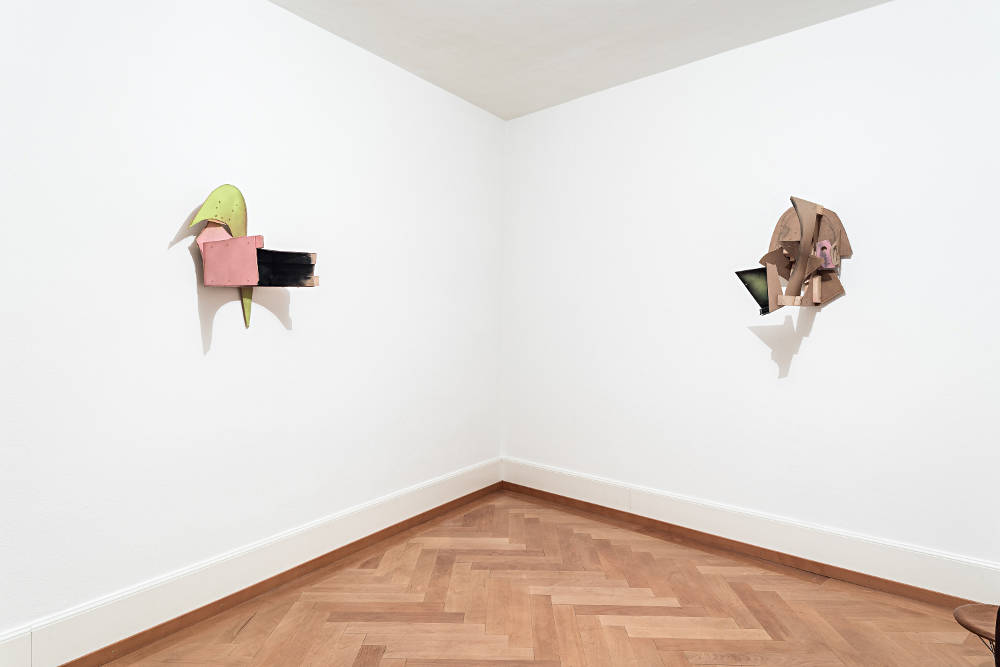 Before turning his attention to the theme of heads, Matthias Zinn (born 1964 in Tegernsee, lives and works in Berlin) focused his art until 2013 on his immediate surroundings, creating so-called object images in which he transposed his perception and analysis of everyday objects such as a table, a lamp or a mirror into the realms of painting, developing, as he did so, new ways of depicting them and exploring their content. Since 2014, the artist has been creating his series Köpfe [Heads], deploying techniques of painting, drawing and sculpture, while reflecting thematically on earlier works. After all, it was through his figures and self- portraits of the period 2010 to 2011 that his interest in heads intensified, prompting him to channel his creativity more specifically into this theme.

Zinn sees the head as a resonator, in which the outside world echoes within the inner one and is re- composed. This view is clearly discernible in his new large-format pictures and sculptures, in which he uses the autonomy of the working process to discover and even reinvent the head. Although the works may thematically reference his earlier paintings, they now expand into forms in which the shapes, dynamics, fragmentation and fragility seem to reflect our present world in all its grotesque absurdity.

The exhibition K ö p f e [Heads] at Mai 36 Galerie presents a selection from the new group of works in which painting, sculpture and drawing enter into a dialogue with one another.

Whereas Zinn develops forms and space out of the plane in his oil paintings, he is fascinated by the opportunities that sculpture offers: distressed materials marked by use are combined into autonomous figures and previously two-dimensional forms are transposed into three-dimensional space. This process, which the artist describes as „manual thinking“, is intended to evoke the immaterial realm of thoughts, ideas and feelings, and to act as a mirror of the world around us.

Following his architectural studies, Matthias Zinn became a student of Marwan Kassab-Bachi at the Hochschule der Künste (HdK) in Berlin. His works were shown in a solo exhibition at Kunstparterre in Munich and in the group exhibition Ambigu, Contemporary Painting between Abstraction and Narration at Kunstmuseum St. Gallen.